I'm in the market for my first gravel bike. I have a carbon rim-brake road bike with clearance for 25mm tyres which I've ridden for 4 years. When it's dry I've used that bike to explore some of my local hardpack trails and have enjoyed that very much. Now I would like to explore some rougher, sometimes muddy or sandy, terrain so it seems that I need a gravel bike. After mullings things over, I decided that a titanium frame would be a good option. My must-haves are a threaded bottom bracket, internal cable routing, preferably also in the bottom bracket area, and mudguard mounts.

My current front runners are: These two bikes come with quite a different geometry: The Reilly is (relatively) long and low, the Laverack is quite short and very tall. I'm at a loss as to both which frame I shoulde choose and, if it was the Laverack, which size of the Laverack I should go for. I am 6'2 (188cm) with relatively long arms but I'm fairly unflexible so that I ride my road bike with 35mm of spacers which gives me a saddle-to-bar drop of around 9cm (I've been fitted). I was wondering whether I should replicate my current set-up on the gravel bike or whether I need something (even more) comfortable given that I won't ride it (mostly over tarmac). That said, I happily ride my road bike in my current set-up over 100 miles and more without discomfort (or without discomfort beyond what is usual for a 100+ miles).

The gravel tracks around where I live are not very bumpy but I also think about using this bike for bike-packing so I would like to be on the safe side positionwise. 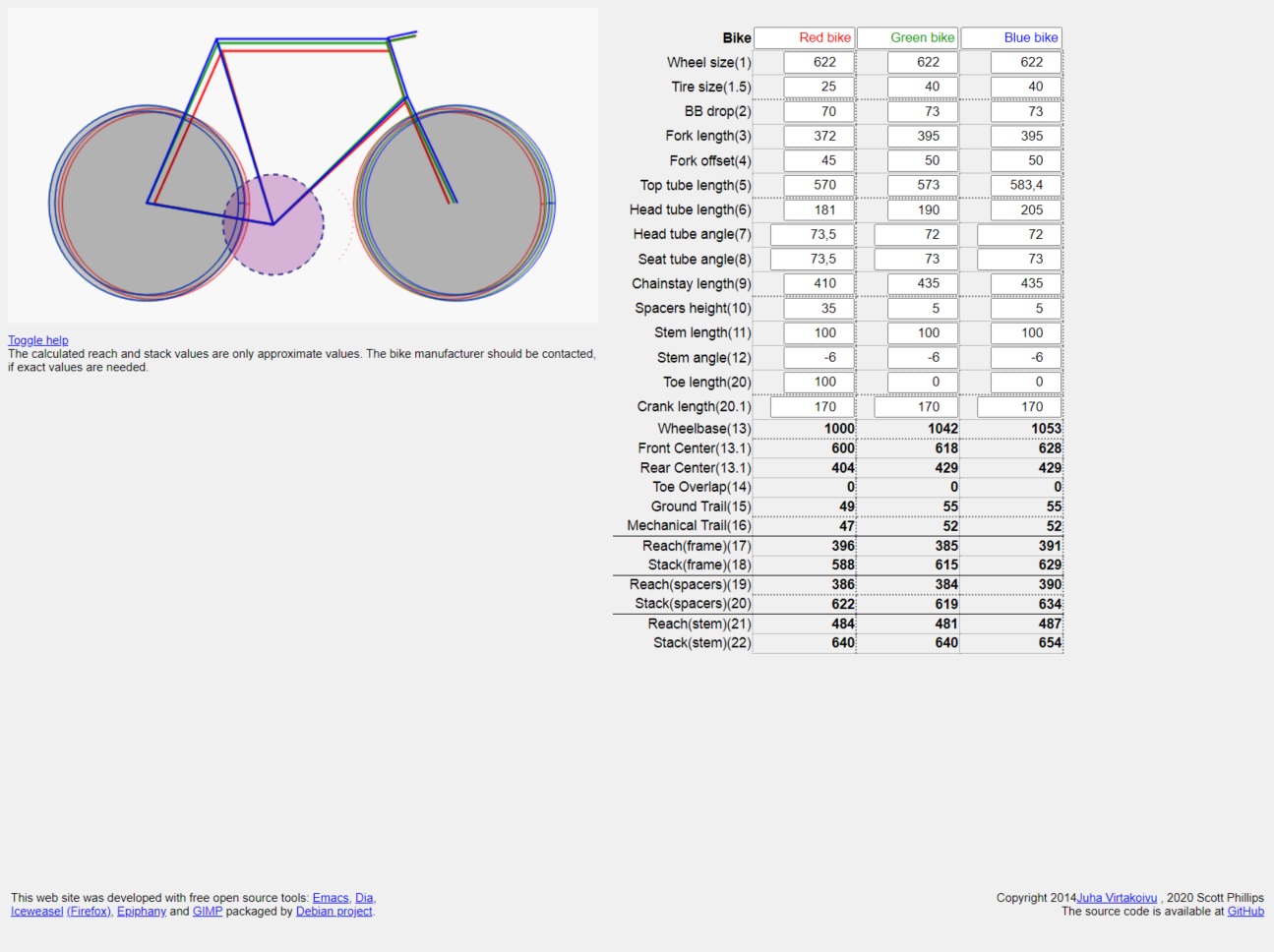 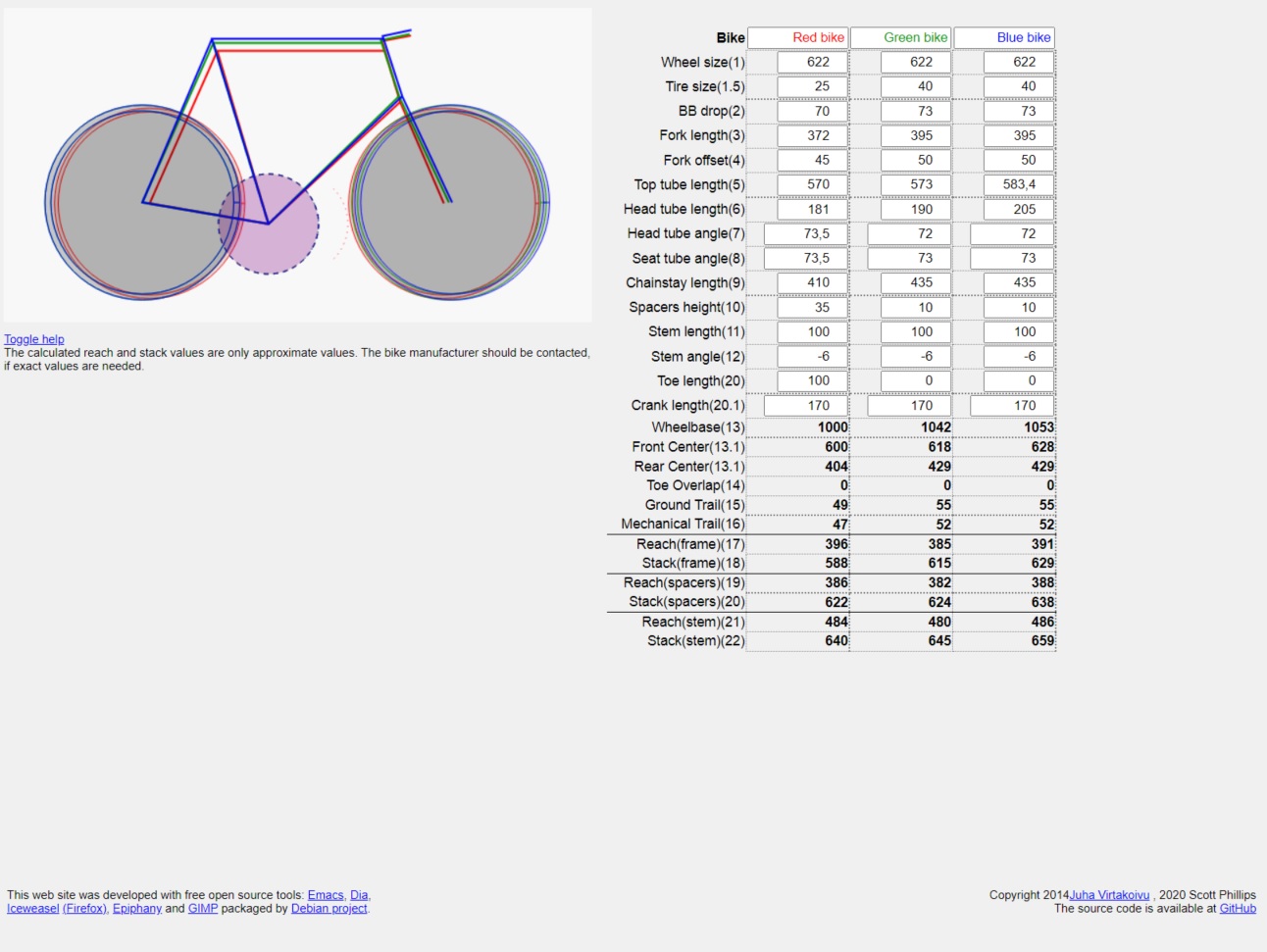 My question is: From the perspective of an experienced gravel ride, which bike set up more sense? As I said, I quite like my current position on my road bike and can hold it for a long time but I'm afraid that it may become uncomfortable if I ride bumpy gravel (a scenario which may occur only very rarely). I'm also afraid that on the smaller frames adding more spacers will make the reach toosmall for me. The Laverack 60 frame on the other hand looks very relaxed indeed (and massive compared to my road bike) so that I'm afraid that whizzing over some forest trails for an hour or two on the week ends may not be as fun as on the other two options. Any input?

Just my opinion..
You do not have to replicate your road bike, I would start with the 10cm spacer and shorten if needed.

Even if your reach is less your body will adjust. Don't forget you have stem choices as well. You actually want it a bit closer so your elbows and back can have more bend to absorb the bumps, control is less twitchy as well.

You might also want to lower the saddle a bit, I do for any offroad riding either MTB or drop bar, because if you need to put your foot down due to failing at clearing a technical area, your foot hopefully could reach the ground (if there happens to be a divot on the ground etc). So that you don't fall down hurting yourself or the bike.

On the other hand It is ok to be similar to road bike to have some saddle to bar drop, I think the biggest disadvantage beside some possible discomfort, on steep downhills 15% grade or more, if the rear wheel hit a rock or bump you will feel a bit of nudge to go over the bar.
Top

Of the two you mentioned I like the Reilly Gradient T47 the best due to its adaptability with fork mounts, extra water bottle cage on the bottom side of the down tube, that bike is set up not just for gravel but also touring or bike camping, it's more of an adventure bike then the other, so you can grow into it as time goes. Since the Reilly is set up to do that, I have pretty good idea that the frame and fork will be stronger and more rugged as well.

I don't really care much for internal cabling, especially for bikes that will see less populated areas or far from bike repair shops, because if an internal cable breaks you can't replace it as easily on the road as an external setup, just a thought to consider.

Another bike on the adventure gravel side is the Van Nicholas Rowtag and the Salsa Fargo TI but the Salsa might get salty in price.

Supposedly due to C19 any bike you order could take 2 to 3 times longer to get it then the company will promise, so you will need to be exceedingly patient.

As far as the fit goes those companies will discuss your particulars with you and get you something that will be extremely close, if you want the fit to be dialed in even closer you will have to see a pro fitter if you don't know how to do that sort of thing by yourself.

A gravel bike will not be as uncomfortable as a road bike due to the larger tires they have which means less PSI is needed than a road bike, so going over gravel is not a bone jarring ride. You can also make it even more comfortable if you don't mind spending more money for stuff like Redshift Shock Stop Suspension stems and seat posts.

I'm weird, I've actually done gravel on a road bike with 23 and 25c tires, not fast mind you, but I have enough abilities to handle that, while the ride was slow and laborious, it was doable and I wasn't extremely uncomfortable, but with a road bike you have discomfort coming from the racing frame and the tires, but once I got my gravel adventure bike it was noticeably more comfortable not to mention being able to go faster. I have two sets of 700c tires for my bike, so if I'm going on gravel I change to my 42mm tires for comfort and speed, if I'm going on a road camping/touring trip I switch to 38mm tires to reduce rolling resistance from wider tires. I run Schwalbe Almotion's (which have the lowest rolling resistance of any touring tire on the market) when road camping/touring (these are 38mm that measured out to 38.5mm on my calipers); and then switch to Challenge Gravel Grinder 42mm (this tire actually measured out to 44.2mm), while there is much of a difference between 38 and 42 the Challenge tire has a tread designed for gravel and the ride is fantastic on gravel, not a racing on gravel tire but I'm old so I'm not going push the limits anymore so that tire is great for me.

Anyway not sure how my info will be helpful to you, but there it is.
Top
Post Reply
3 posts • Page 1 of 1