I'm no expert about Shimano's range of wheels, but here's a side shot, paired spokes on the front.

TobinHatesYou wrote: ↑
Tue Mar 26, 2019 8:47 pm
Shimano cannot make derailleurs with batteries attached without infringing on SRAM's patents. In order to go fully wireless, they must be able to do that...

In the meantime Shimano will continue to claim they aren't interested. They're attempts to get around the patents say otherwise.

While my opinion on this isn't worth a hill-of-beans on this topic, I do support Shimano's stance on not going wireless after giving it some consideration and after having owned Di2 the past year.

For one, If Shimano allowed 3rd part devices to take advantaged of the their single battery, that could lead to a much more user-friendly charging system in the future. I'm already getting annoyed that on my bike I have to charge my Garmin, my front light, my rear light, and now my Di2. It'd be sweet (at least to me) if *someday* I could just charge the Di2 battery and all the electronic devices on the bike tapped into that one main battery. Just think how small a Garmin headunit could be if it didn't need an internal battery. I don't see any indication that this is a direction that Shimano or anyone other companies are going, but I'd sure like 1 charge port for all-things electronic. I guess the obvious disadvantage to this would be that if the battery somehow fails, everything is dead... but I'm not sure that a Shimano Di2 battery ever fails instantly w/o warning?

Second, at least when it comes to networking computers, if I want the fastest and most reliable connection between devices I still much prefer wired over wireless. For example, my Zwift experience has far fewer hiccups if everything is wired, not to mention wired networks are still faster than wireless. Wireless devices typically have a slight lag time in connecting to each other and working vs their wired counterparts.

Third, unless someone figures out a way to create wireless disc brakes (?!?!), bike builders and manufactures are still stuck with trying to figure-out how to route brake cables and hoses from the shifters to the brakes... assuming one wants an aero build without exposed cables. Obviously many manufacturers have aero bikes that are able to route these cables/hoses internally and so running one more wire for Di2 is a non-issue. Setting-up a bike with Di2 is a little more tricky, but once built there isn't much reason to ever dink with the wires ever again.

And finally, Shimano obviously does have the wireless module for Di2, so anything SRAM can do with their wireless system, Shimano can do as well.

Hence, I forgive Shimano for not chasing the wireless dream

Batteries are to big atm to put on derailleurs imo, I’ll take a battery in my frame any day over srams big ugly derailleurs
Top

I think the same...front Corima

They do but the Corima also has paired spokes on the rear wheel. Both Dumoulin's and Roglic's rear wheels say 'Dura Ace'. You can clearly see it if you go to the image source at Velonews.com and zoom in on the pic. I guess it's possible they are riding different front and rear wheels. 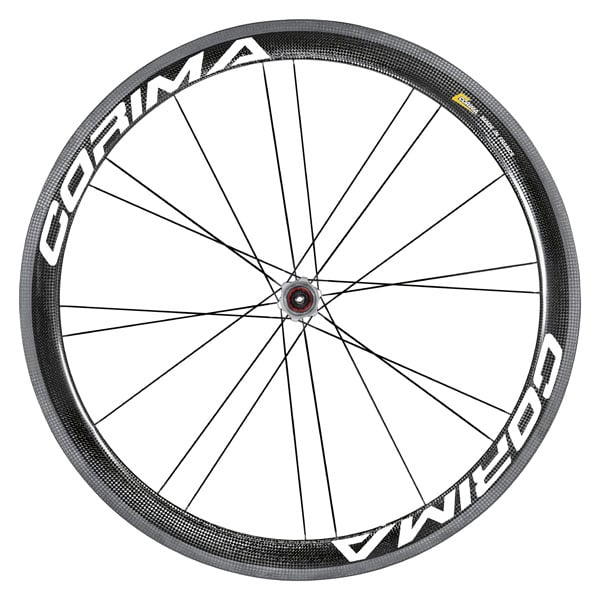 pdlpsher1 wrote: ↑
Sun Aug 09, 2020 5:45 pm
They do but the Corima also has paired spokes on the rear wheel. Both Dumoulin's and Roglic's rear wheels say 'Dura Ace'. You can clearly see it if you go to the image source at Velonews.com and zoom in on the pic. I guess it's possible they are riding different front and rear wheels.

Looking at the quick release levers that appear to have different colors front and back, this theory might be true
Top

Maybe they're playing the INEOS game to get their Bianchis down to 6.8kg

Also it might have something to do with aero drag since TJV is really into it.
2016 Felt AR2 Di2
Top

False alert, it really is a Corima front wheel.

But with Ineos and now Jumbo-Visma both ditching their sponsor correct wheels when it matters, clearly Shimano should do something about their wheels.
facebook
instagram
Top

A pathetic move. Why not just go with a matched set.

I just can't get excited over any Shimano branded wheels.

Sent from my KFMAWI using Tapatalk

If they want to drop weight, they should also ditch the Dura-Ace skewers...
Top


Shimano C24 wheels, with them not even Ineos would need the Lightweight
Top

Could we bring this back on-topic, guys? Not sure how wheels pertain to the next generation of Di2.

PoorInRichfield wrote: ↑
Sun Aug 09, 2020 11:16 pm
Could we bring this back on-topic, guys? Not sure how wheels pertain to the next generation of Di2.

If there would be a new set of DA wheels, it's likely there will be more DA parts coming - possibly including a new generation Di2.