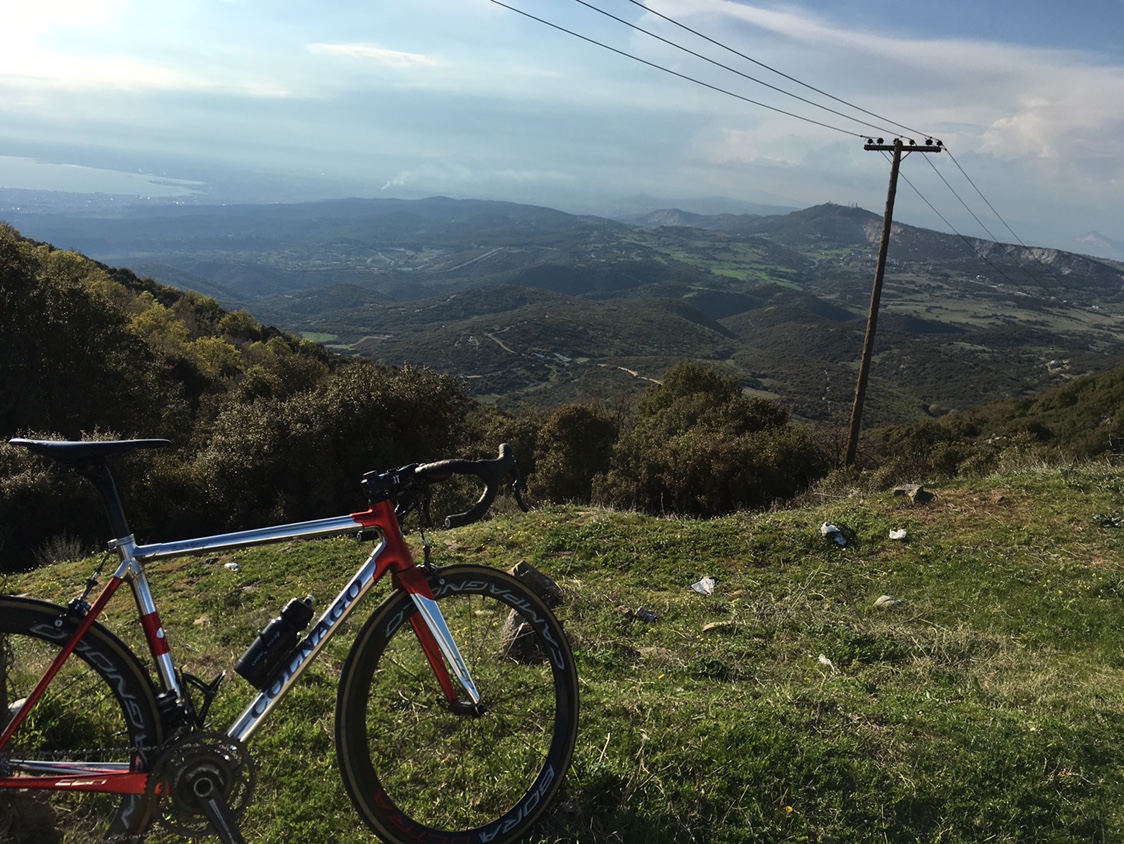 Gosh that's a beautiful bike. I may have said that already - if so it deserves saying twice anyway!
Top

Like most of the Christchurch peloton it seems, I still can't get enough of our new road, novelty hasn't yet worn off: 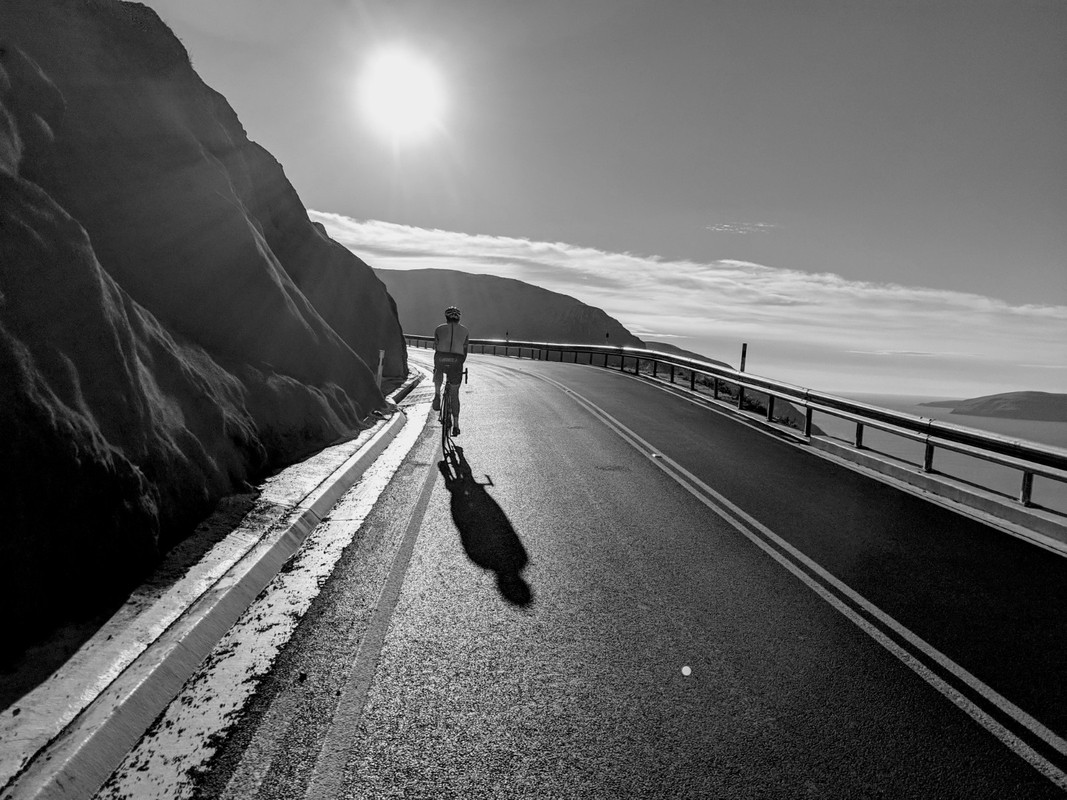 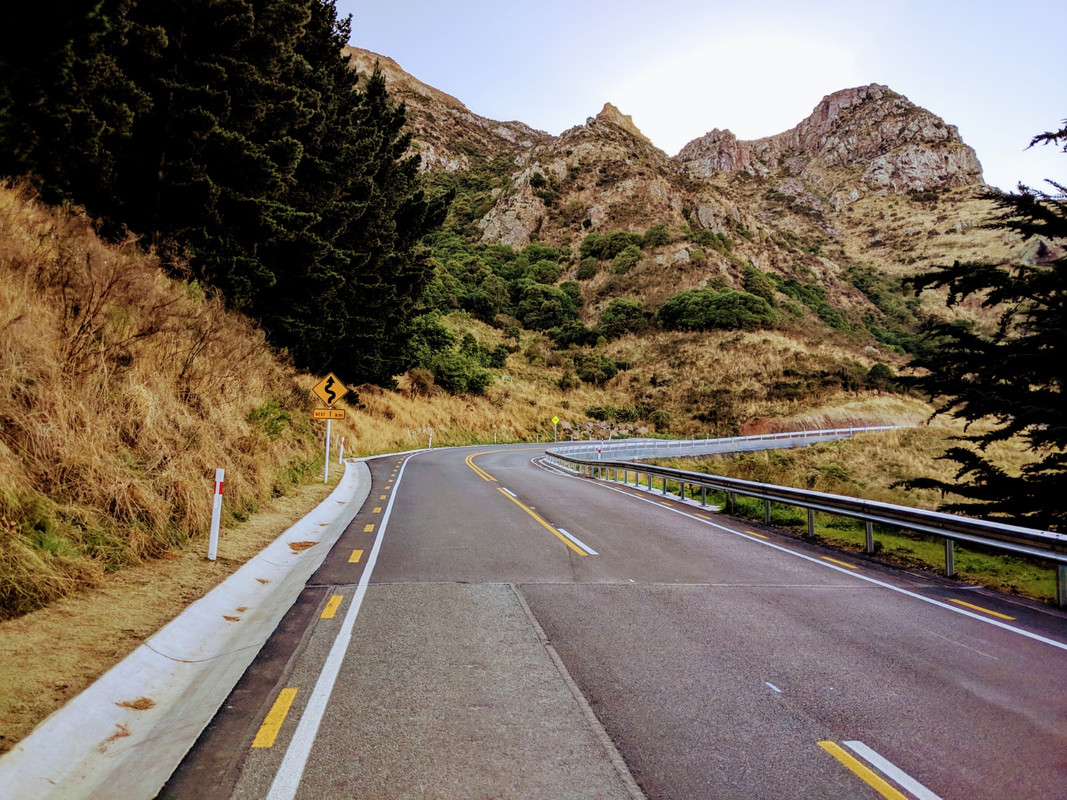 average salary of a forensic anthropologist 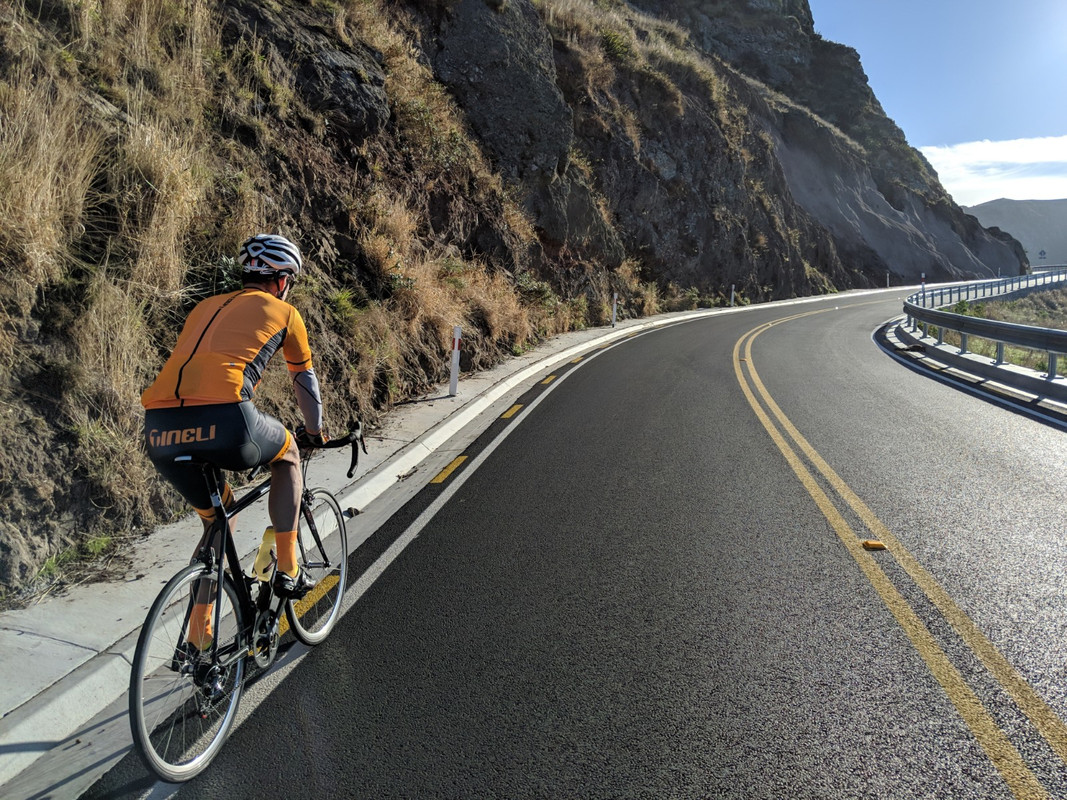 It is so nice 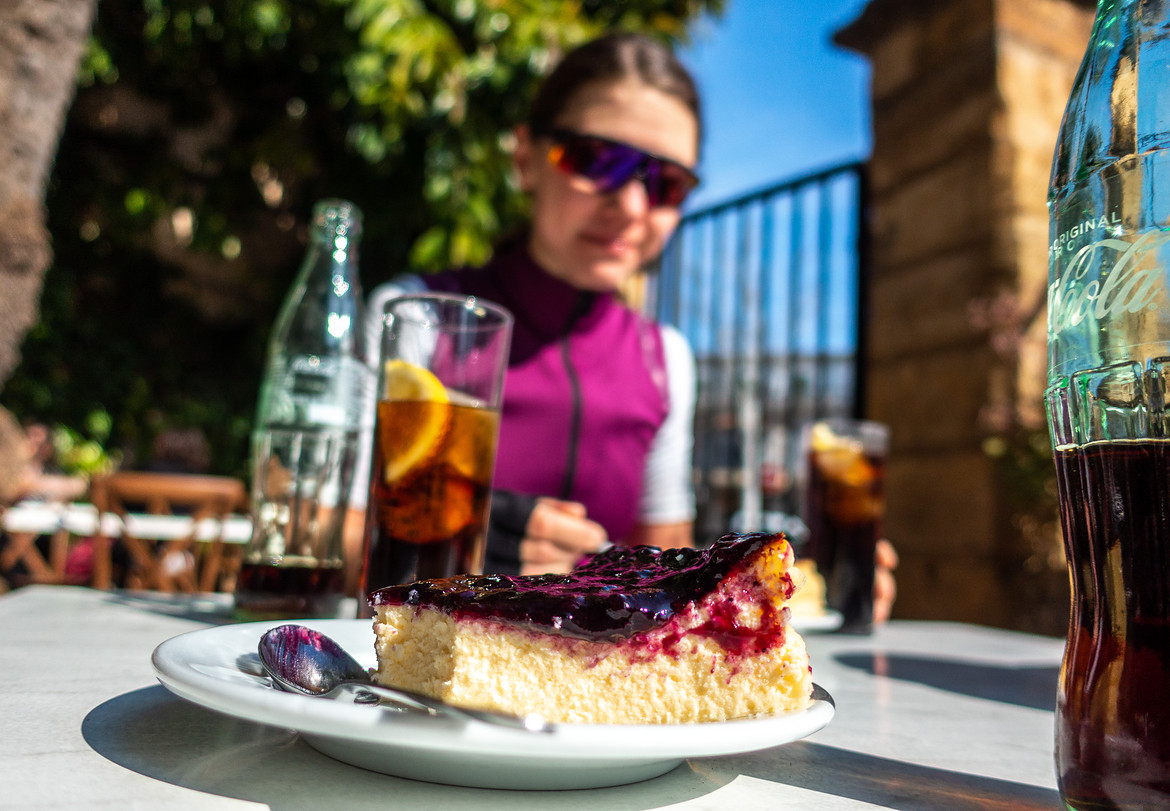 All your ride shots are excellent & I know this is stationary but.....
What a great shot

The colors of the blueberries & your wife's jersey + sunglasses...Really a great shot
Top 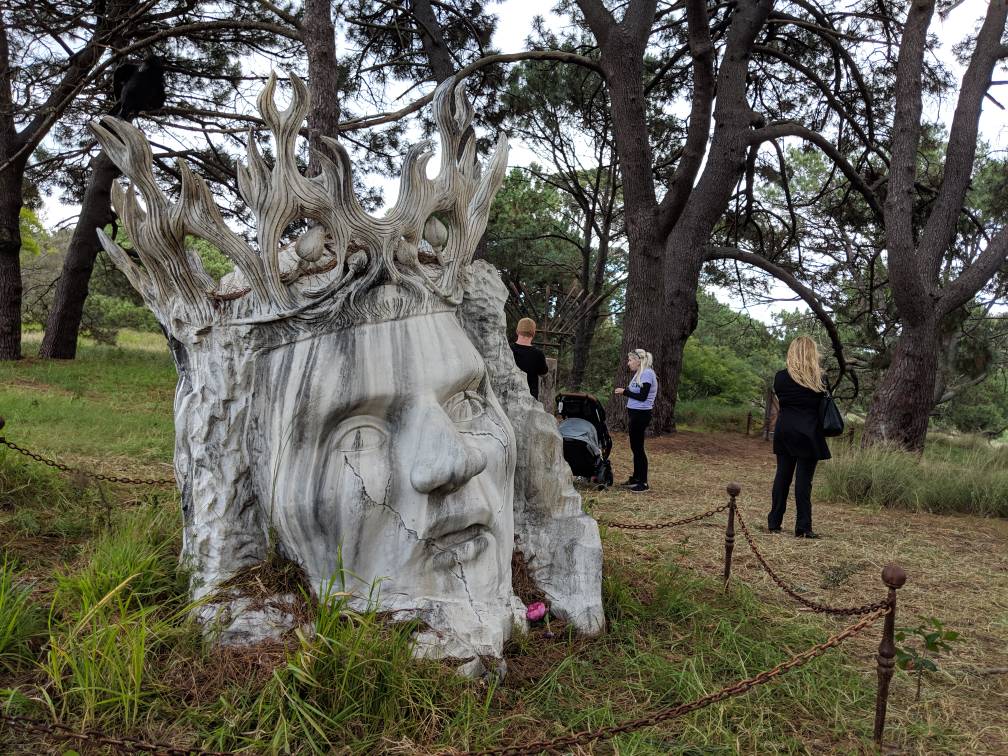 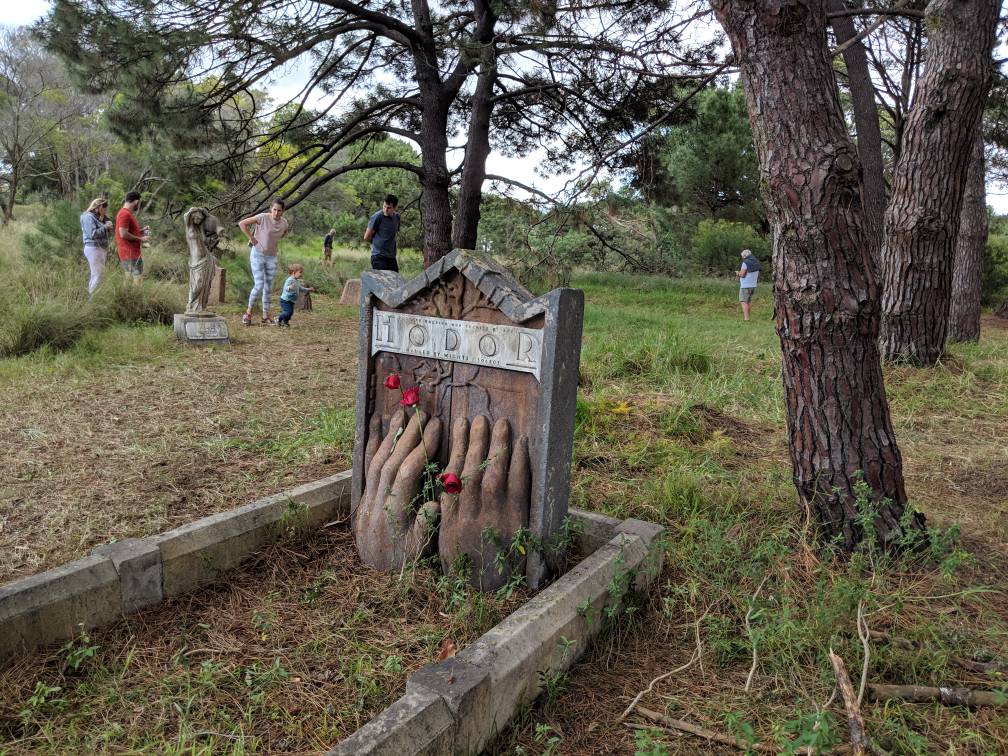 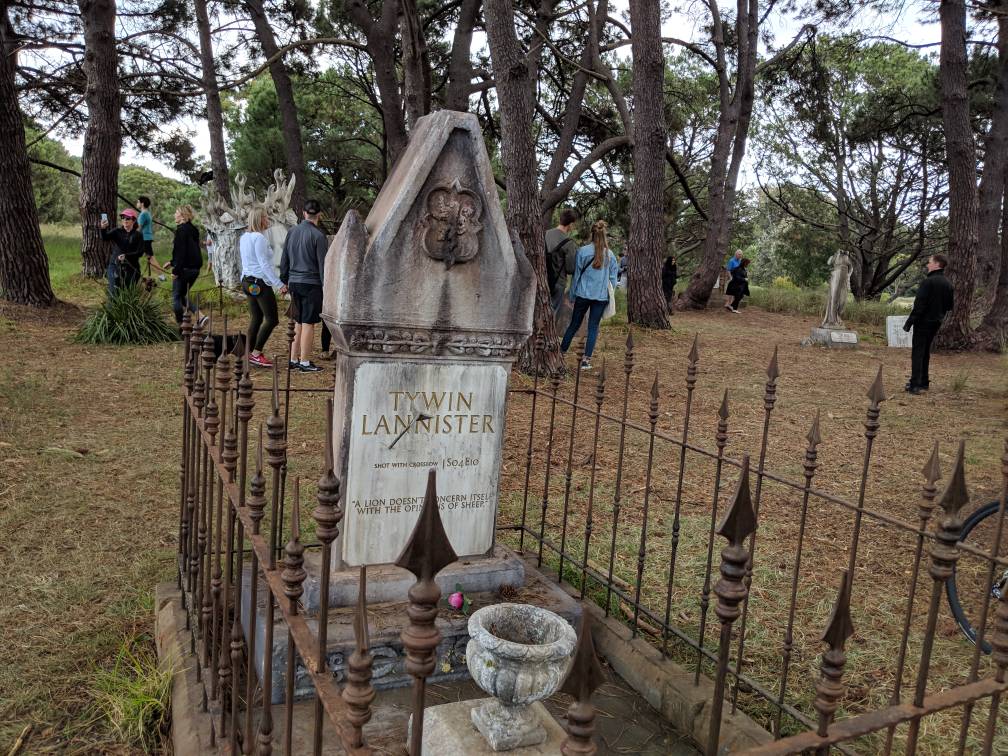 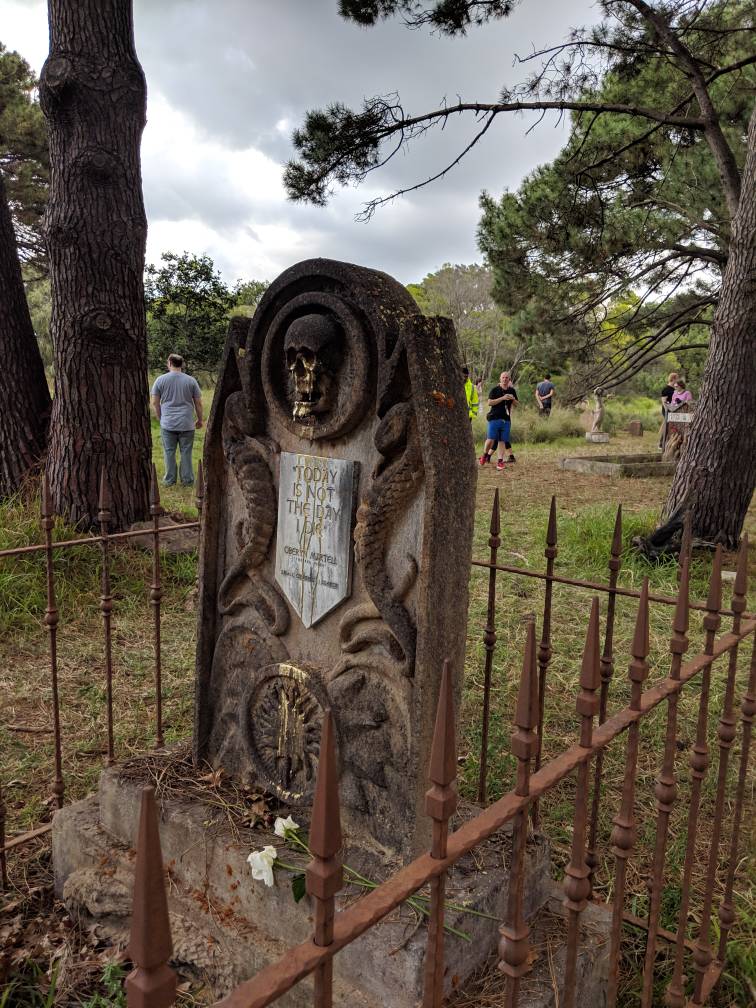 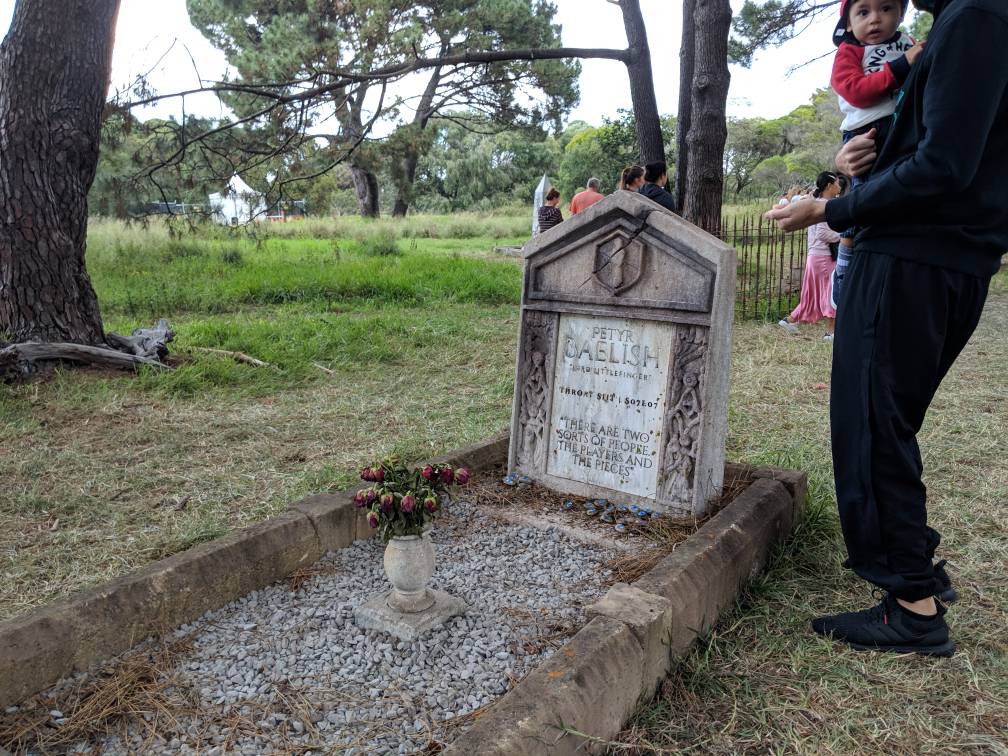 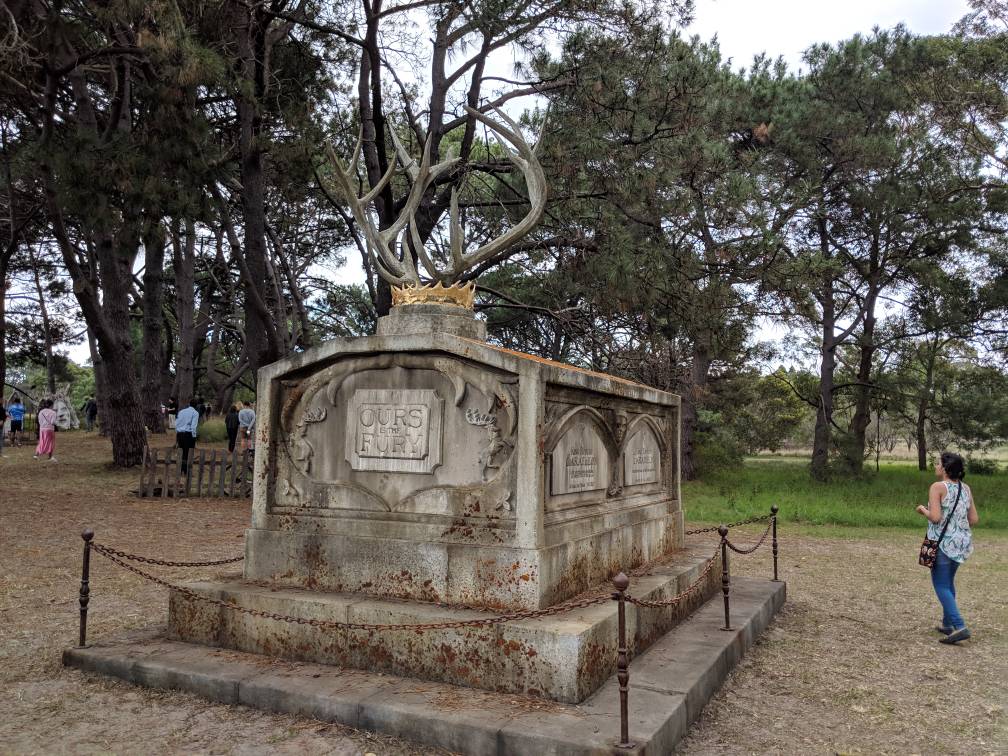 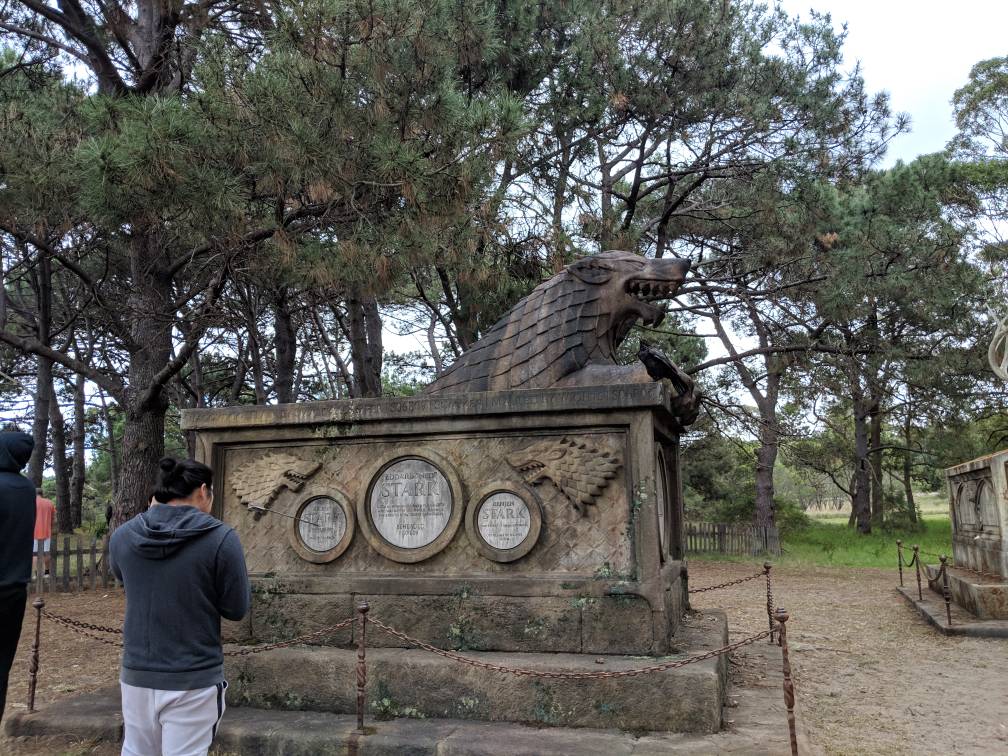 Im really loving all your photos, can spot where most, but not all, are taken
This one, for example, I think is in Cellar Sa Sini in santa Maria - its where Stephen Roche typically hung out waiting to greet his groups of cycling tourists, and I think he put on about 10 kilos because of all the great cakes there!
Last edited by Leviathan on Mon Apr 15, 2019 8:38 am, edited 1 time in total.
Top

On Saturday I rode the Dirty Reiver, a gravel ride in Kielder Forest, Northumberland. I did it previously in 2016, a very cold edition with snow showers, but came to feel I'd like another crack at it. 2016 was its first year, now in its 4th year it has become a much bigger event with 1200 places spread out over 65km, 130km, 200km and e-bike categories. I entered the 200. The DR has been my main focus for the year to date so it was a big weekend for me.

To avoid a drive on event morning I stayed on-site the night before. There's a little cafe in Kielder Castle and it's fair to say the food is unpretentious. But is was a warm place on a cold evening. 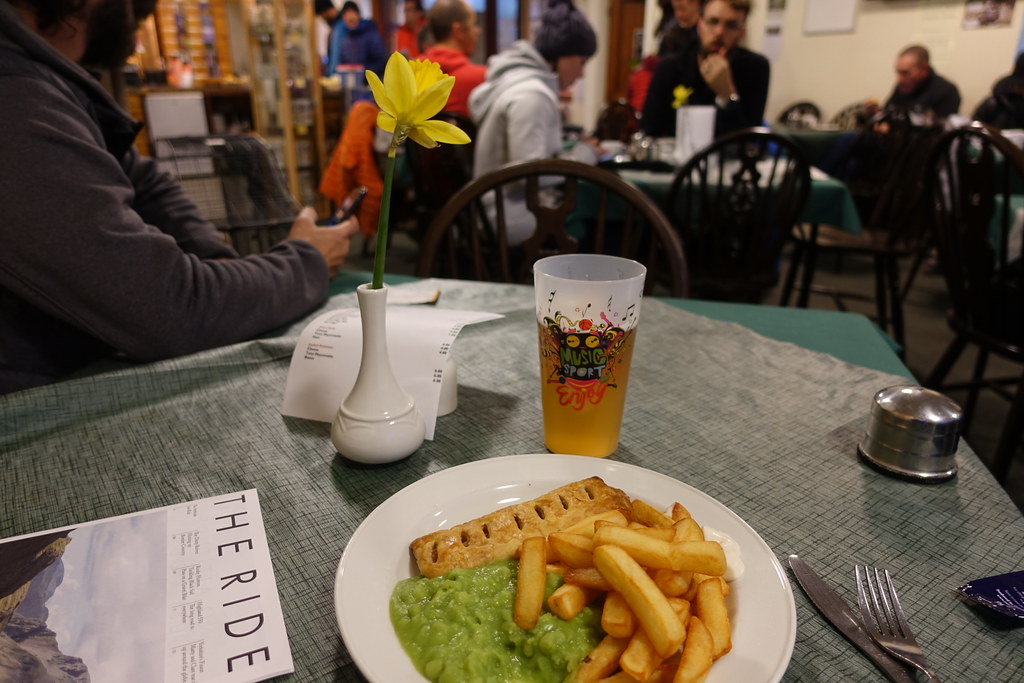 On event morning at 7am the temperature was -4C. The start at Kielder Castle was busy. There was a 3km neutralised section before the first timing gate. 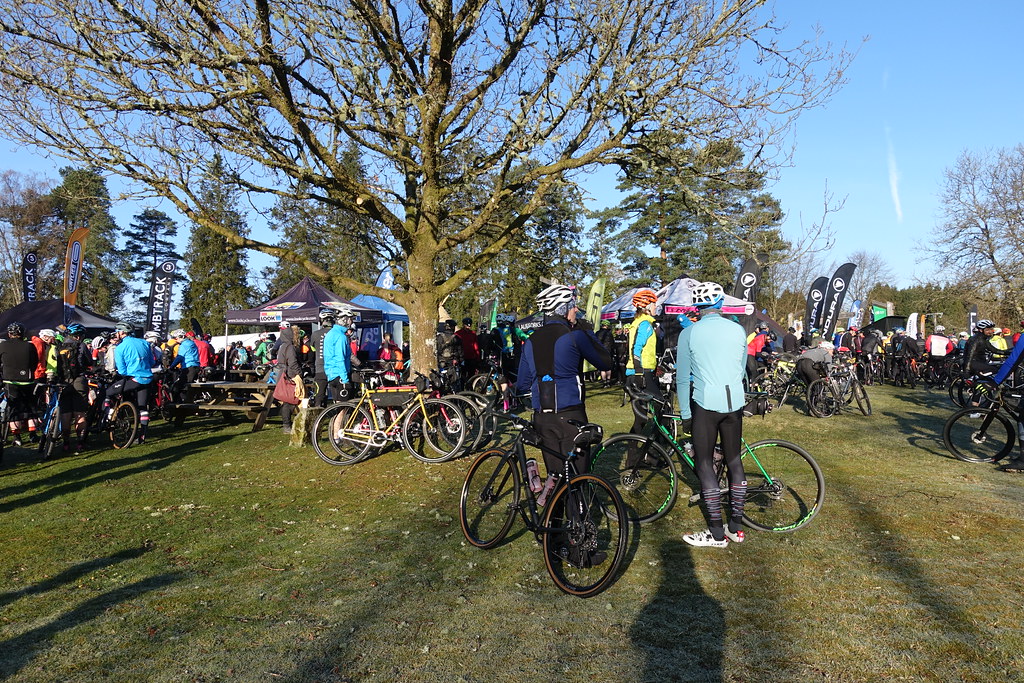 Even so for the first couple of hours it was pretty much nose to tail traffic on climbs. There's a great deal of climbing on this route, 3450m. The landscape alternates between open moorland and forest. By afternoon there was a strong and cold NE wind that was particularly brutal between feed 2 and feed 3. I was glad to be in sheltered wooded sections. It was dry and dusty all day. 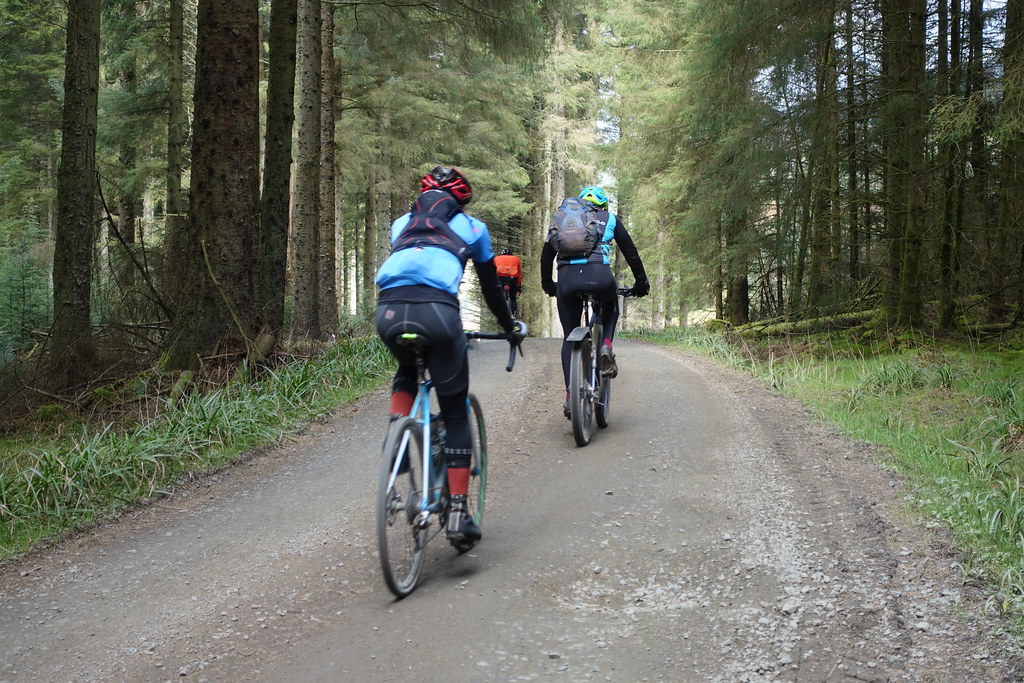 There really was a lot of climbing. I had some lower back pain but ibuprofen helped. Beards are a thing on the gravel scene. Feed 3 at 138km offered potatoes and coffee. 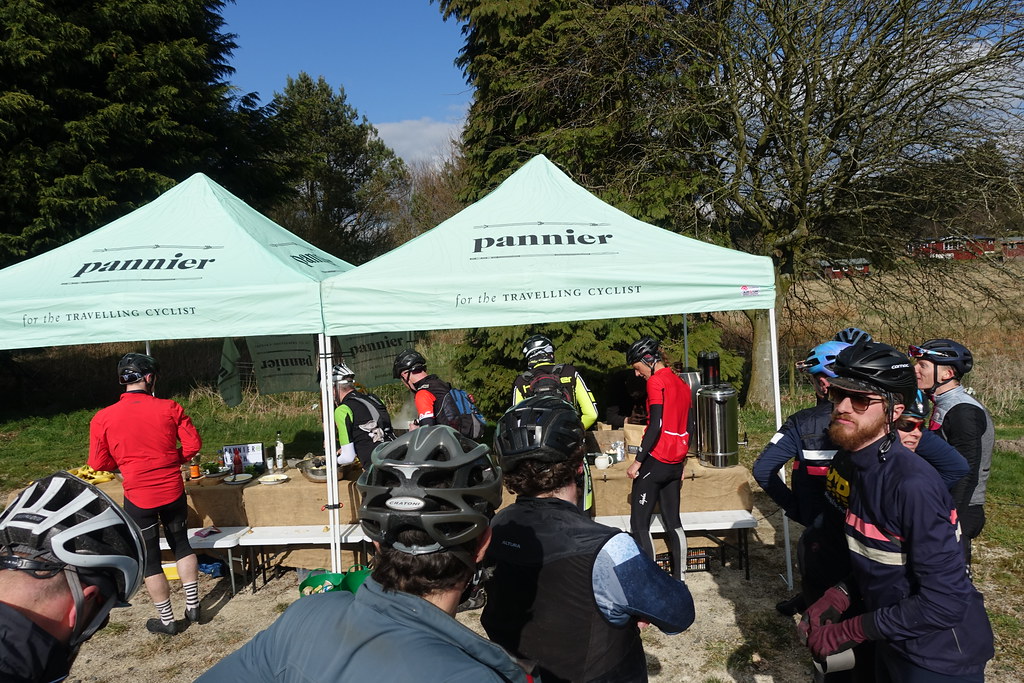 After the 130/200 route split, the ride was much quieter. Kielder is very remote. OMG I finished, only slightly crazed. I completed in 10hr44 which placed me 283 out of 443 categorised riders. There seemed to have been a lot of non-starters or dropouts or people who opted for a shorter distance on the day. The fastest male was just under 7 hours, fastest female 9hr21. The chain was burnished bright by dust. 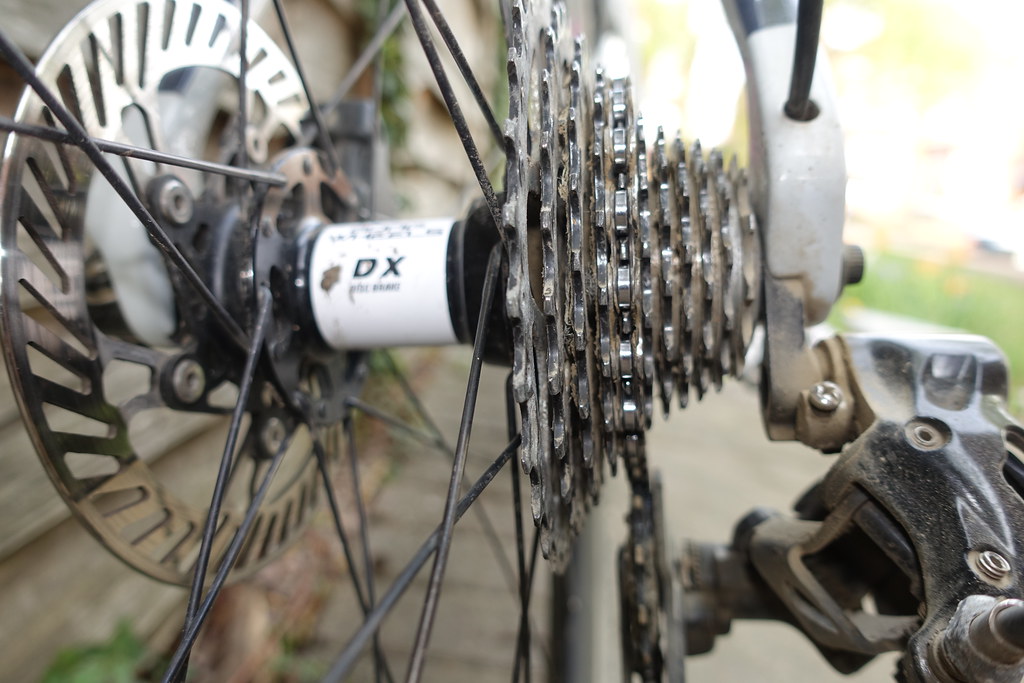 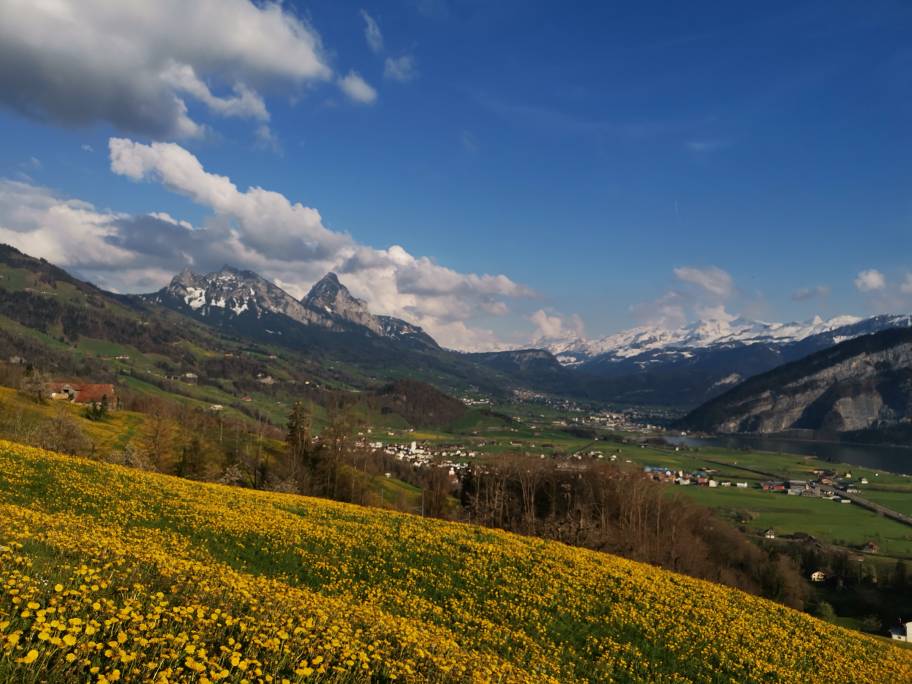 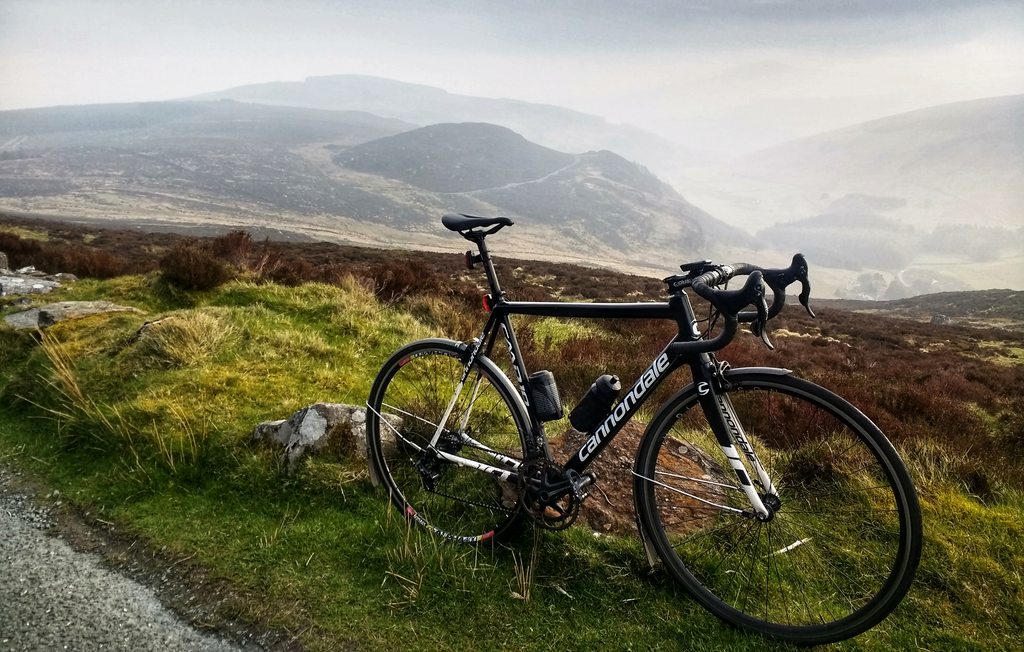 Some evening mist settling into the Wicklow Mountains, Ireland.
Top

^ That's a really clean winter set-up you've got there

. How's the tyre clearance in a caad with mudguards?

. How's the tyre clearance in a caad with mudguards?

Thanks. Not bad actually, though you do have to accept a few compromises on a bike with 2010/2011 geometry when 28's were domain of the hybrid market. Mudguards are Portland Design Works full metal fenders - expensive, but the bike takes on a 45km round trip commute five days a week regardless of the weather. I made do with various versions of Raceblades for a long time before deciding that I needed better coverage, but I'll probably go back to them for the summer months again. The PDW's are only specced for 23's as max clearance but will take some 25's underneath (i.e. not Conti 25's) - I've had Mavic and Lifeline 25's on the rear without issue. So at the moment it's a 23/25 combo. Perfectly fine.
Top

And the morning wasn't too bad at all 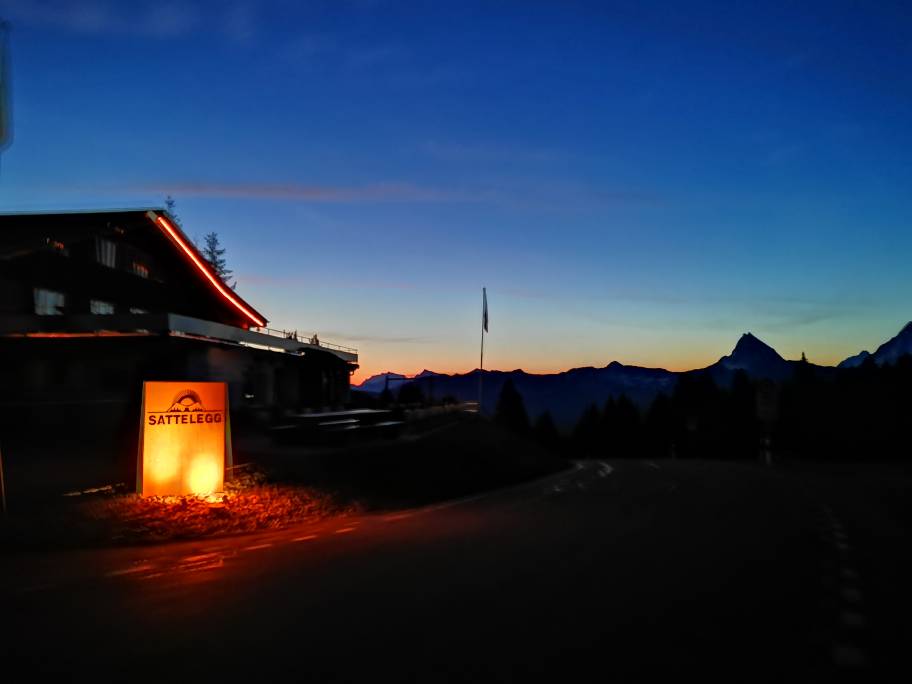 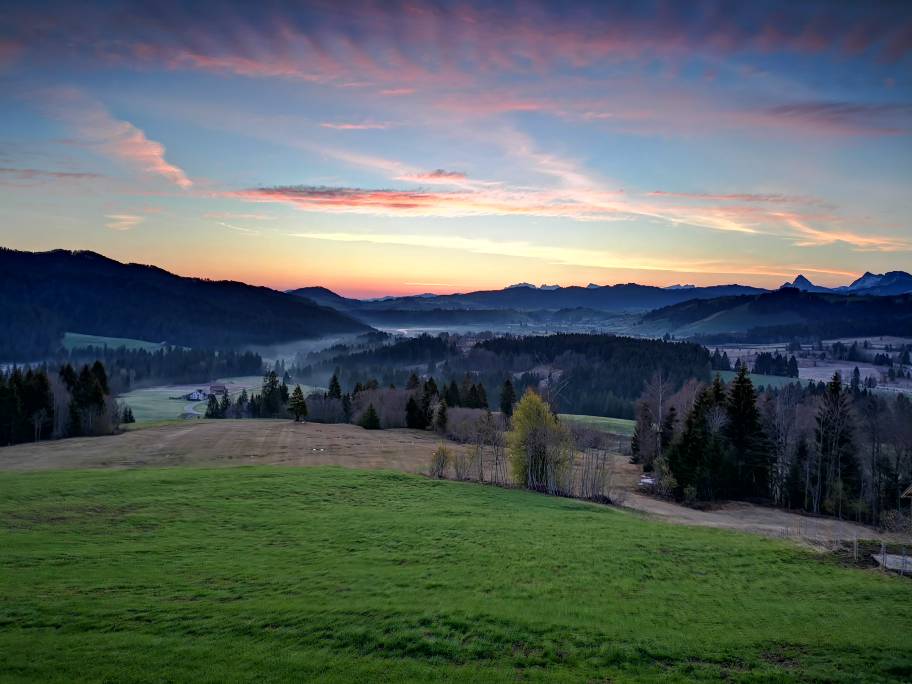 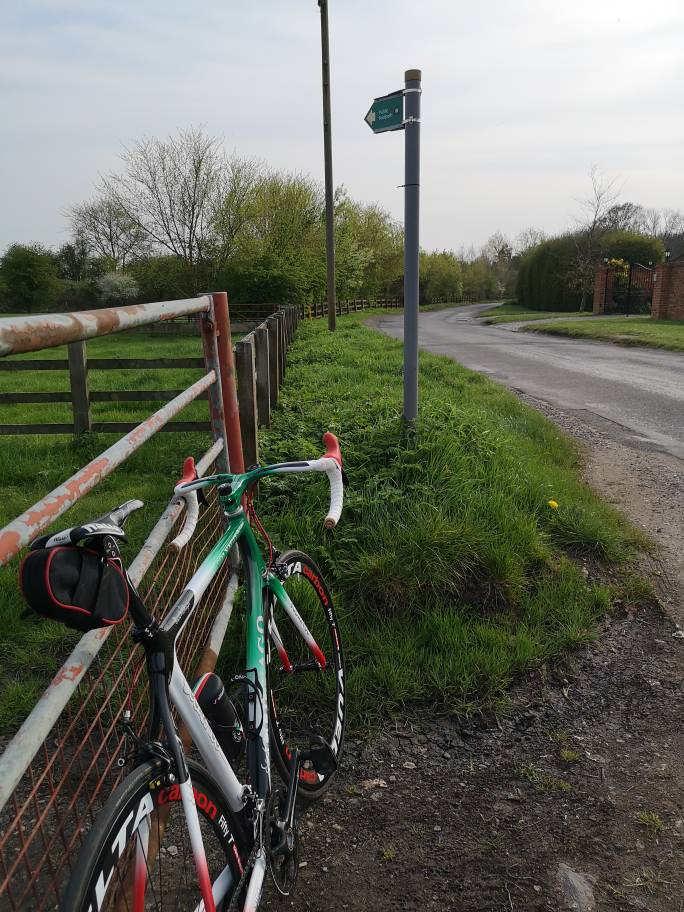