With my Litespeed project nearing 'completion' I thought it's time to rebuild the single speed. I did quite a bit of single speed riding this year (in quantity if not in distance), and it's a nice bike to have for short and sweet rides.

Here's how my SS looked earlier this year: 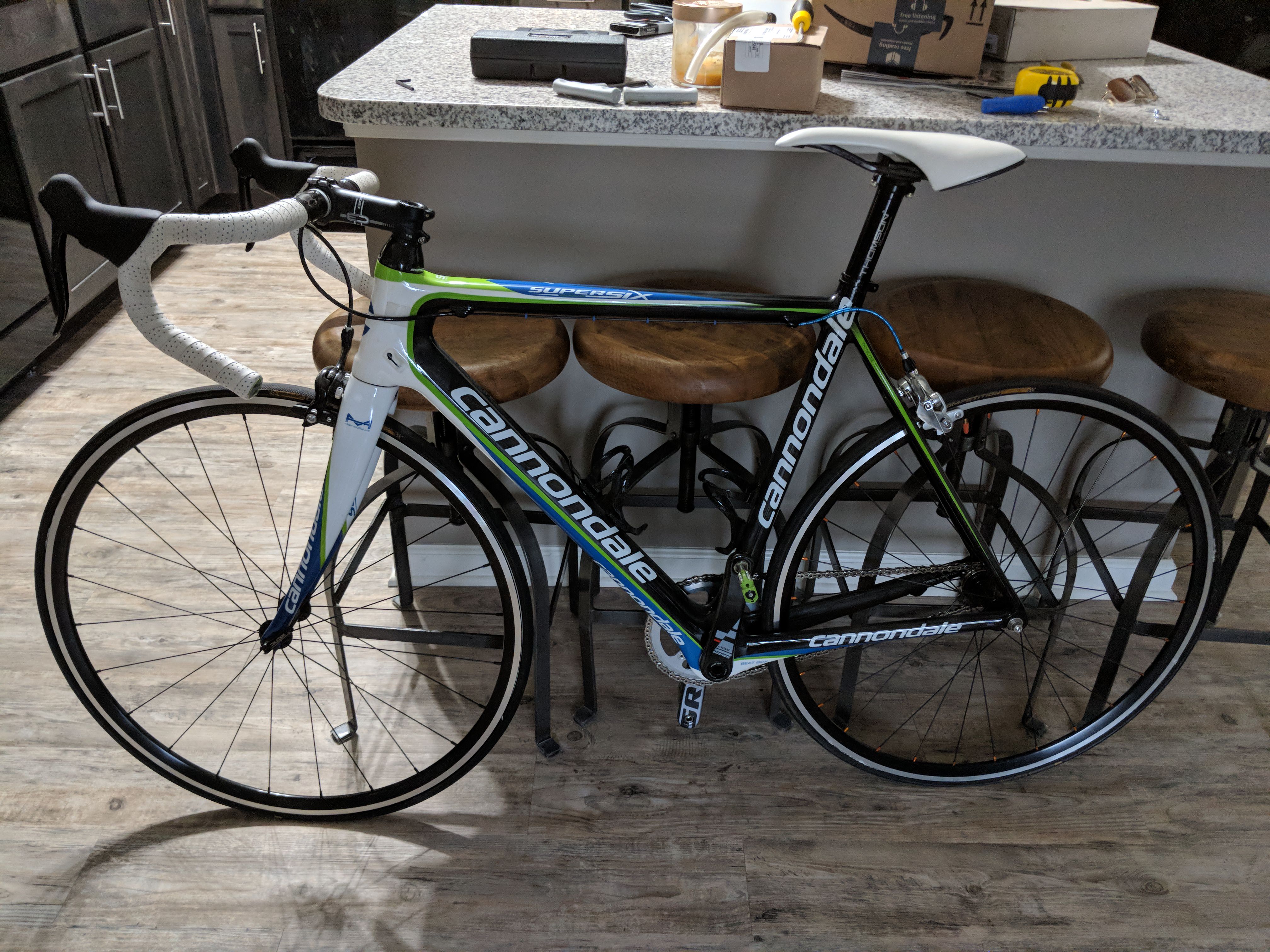 If you can't tell from the subtle branding, it's a Cannondale. Specifically, it's a Super Six High Mod Liquigas Team Edition. Or something like that. I bought it new 10ish years ago, and converted it when I bought my CAAD10, since it rides pretty harsh. If only I'd waited a year or two for the Evo to come out...

As shown above, it's right around 6800 grams. Don't recall exact weight, but the R600 long reach calipers, amongst other parts, are quite heavy. Those are also pre-Exogram SRAM Red BB30 cranks, which are also... well, they're not light, and I have three sets of Hollowgrams. No idea why I had the SRAM crank on there.

So, since I always seem to have a bunch of parts lying around, I thought it was time to upgrade this guy. Plus I used some parts in other builds so it was half the bike it used to be.

I think this was the best paint job for the Liquigas team, but I'm ready for a change on this guy, so: First order of business, strip the paint!
Top

Evidently the scale I used to weigh the frame all those years ago wasn't calibrated, because I had the weight listed at 940 grams. 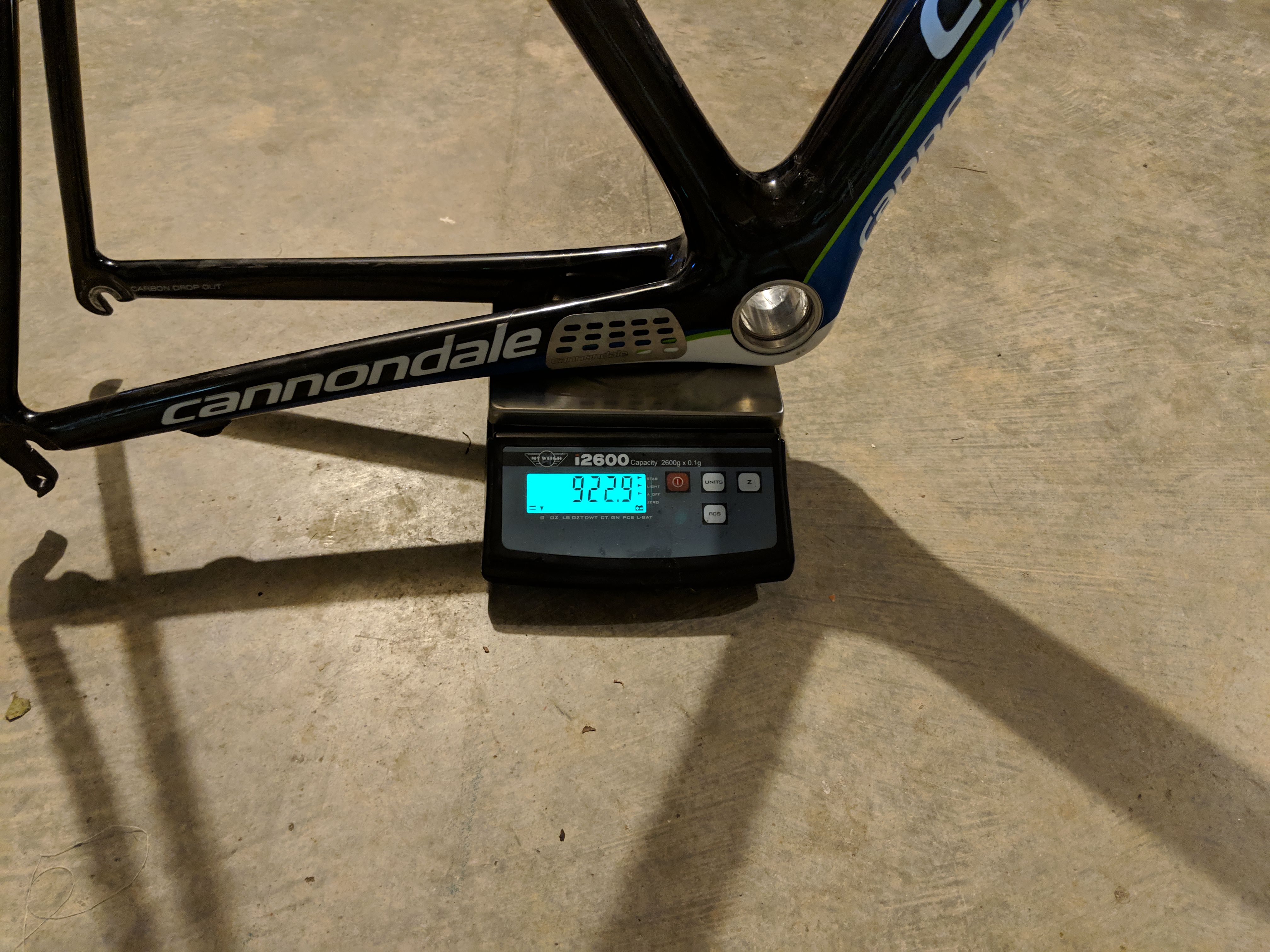 Excellent, I've already lost 17 grams, and I haven't even done anything yet!

Dremelled off some cable guides. 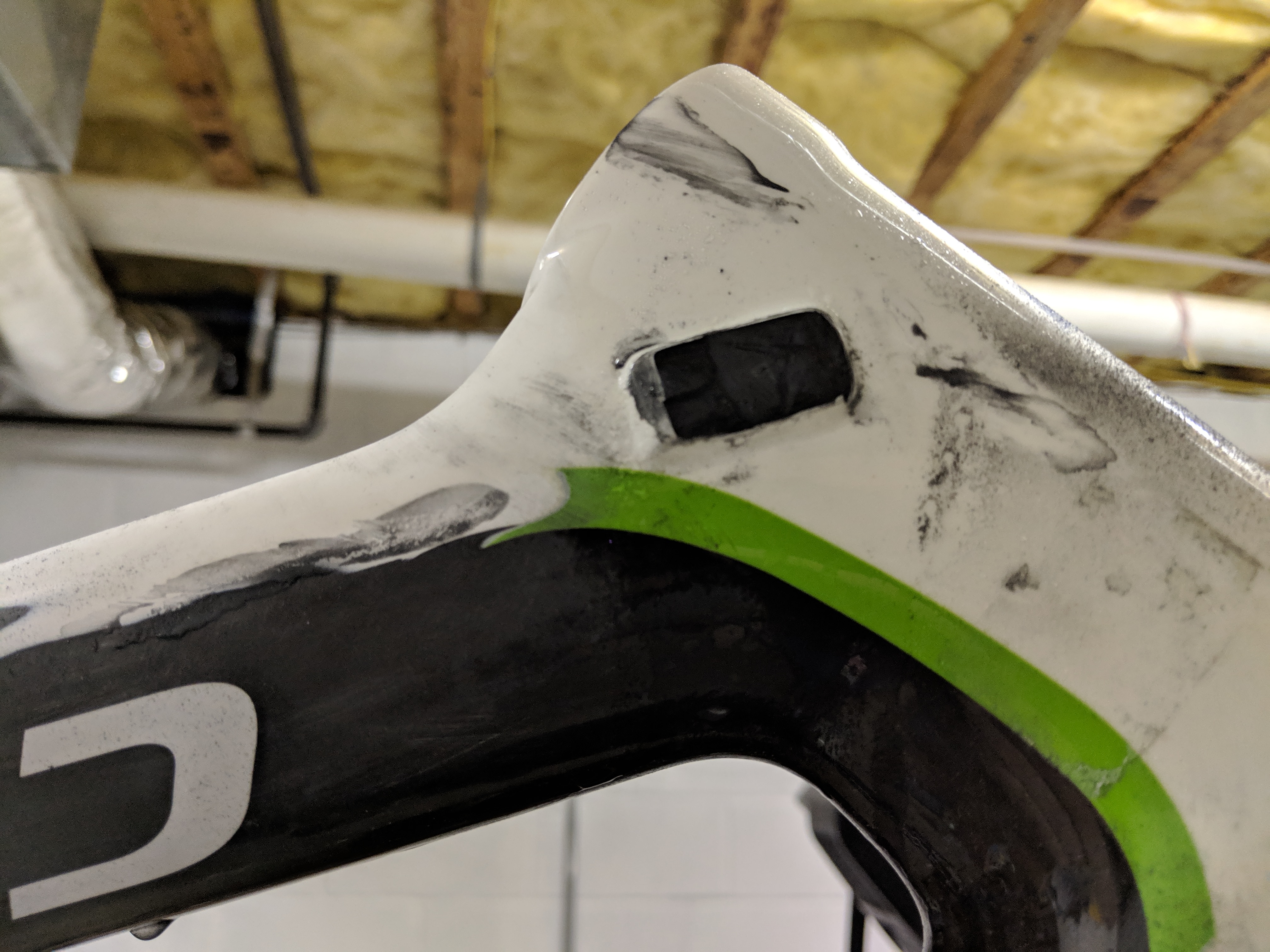 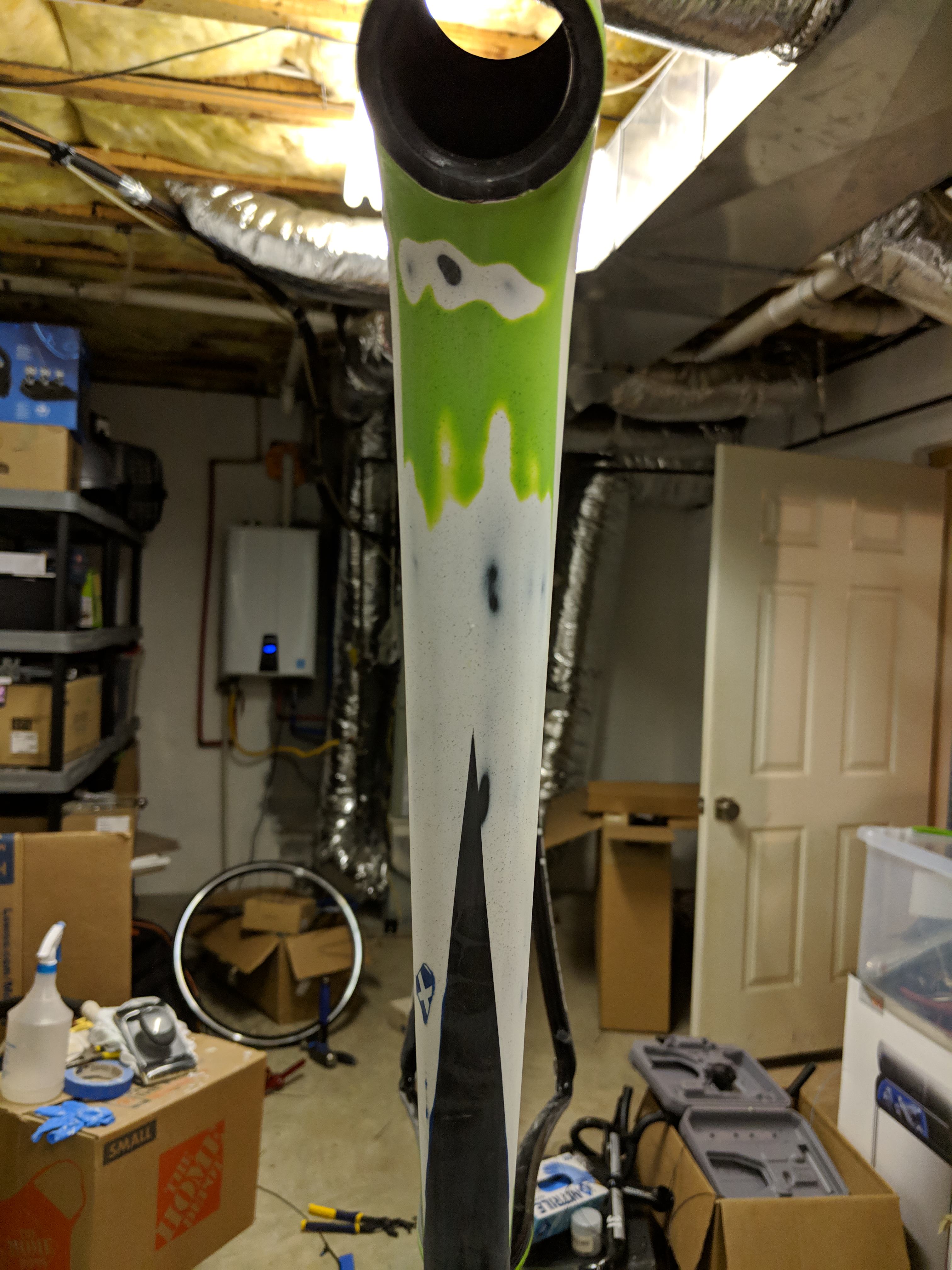 I used to think that 850 grams for a painted SS Evo was pretty awesome for a mass produced bike. But OMG, I've barely touched the paint on this thing and I'm already breaching sub 900. The below image is a bit out of date, I'm actually around 890 right now, and almost all the white paint is still left to go, I haven't touched the seat stays, or the seat tube, the head tube, or the inside of the triangles. I'm starting to think that a large chunk of the weight savings on the Evo is from using less paint. This thing is painted white, then a green decal applied to get the green parts, then a blue decal on top of everything else to get the blue parts. Then cleared over to level. I'm going out on a limb, and estimating this will end up close to 800 grams. 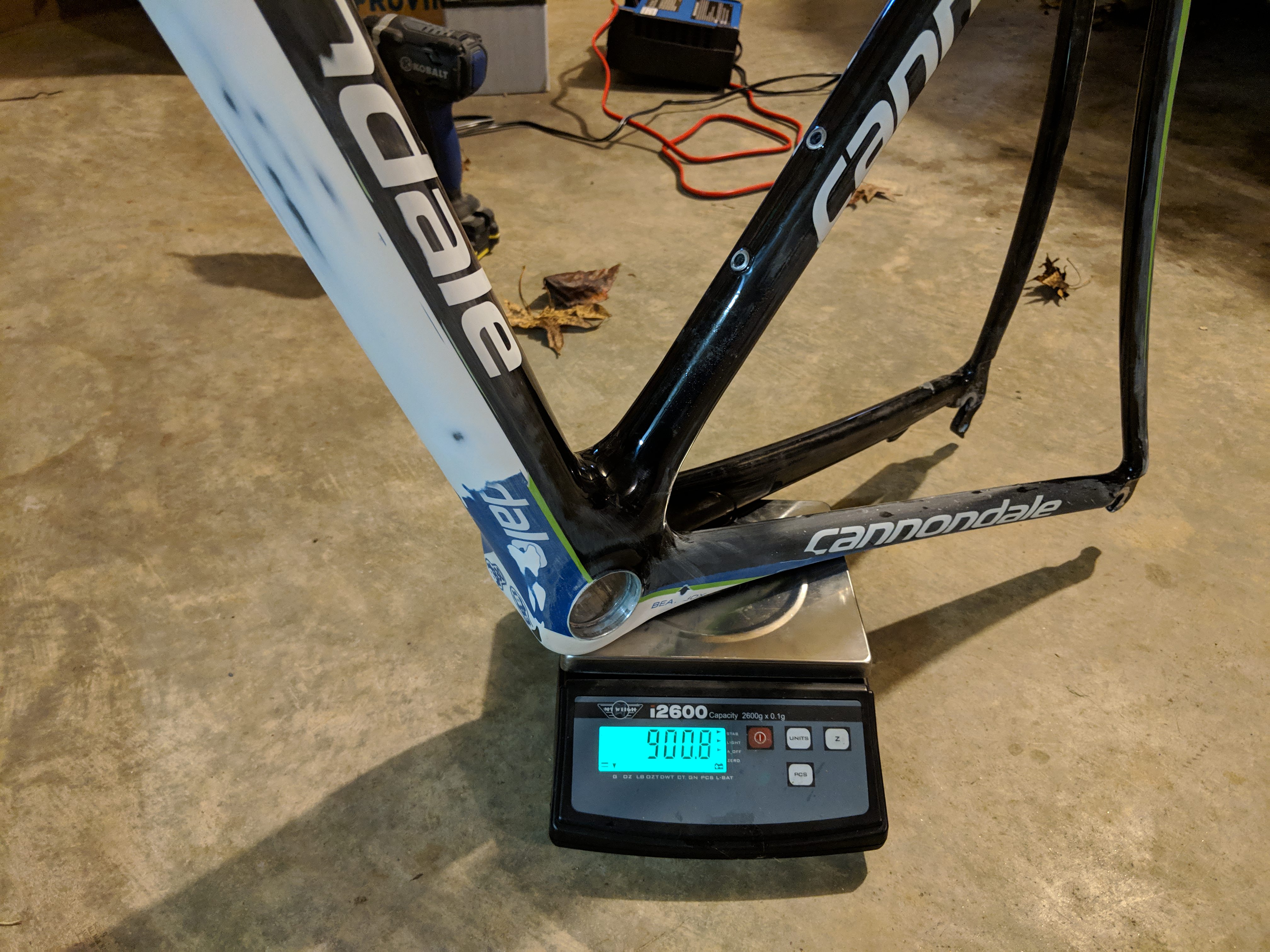 I stripped my Evo frame and found using a razor blade was much faster than sanding the paint off, plus you dont run the risk of going to deep into the carbon (my frame was black so was hard to tell sometimes), just something to keep in mind.
Top

I've wet sanded several times and am comfortable with the process. Plus I have lots of sandpaper I need to go through. Not in any particular hurry on this build.
Top

Having owned several loud 'advertisement' frames, I'm going as logo-less as possible on this build. 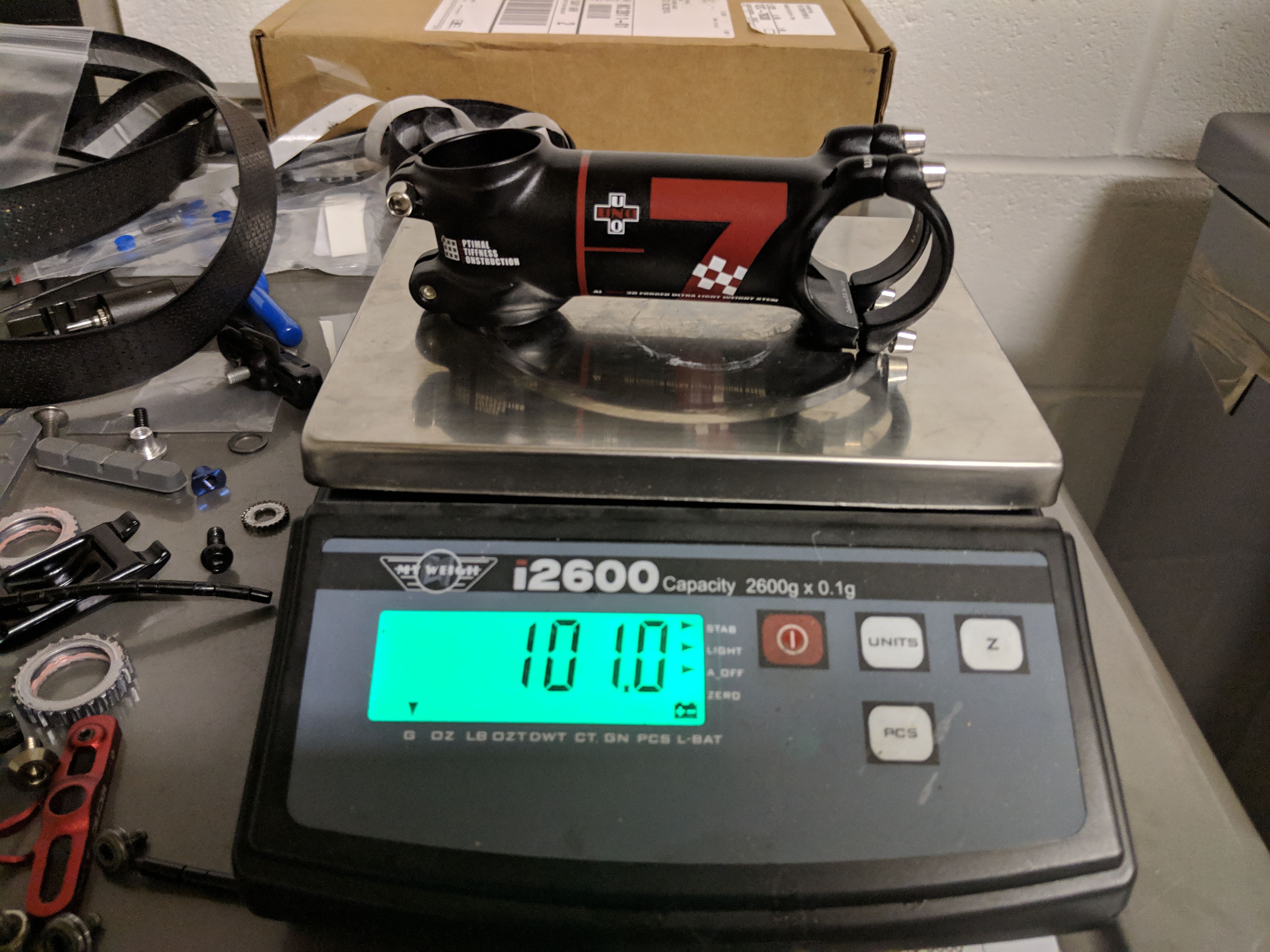 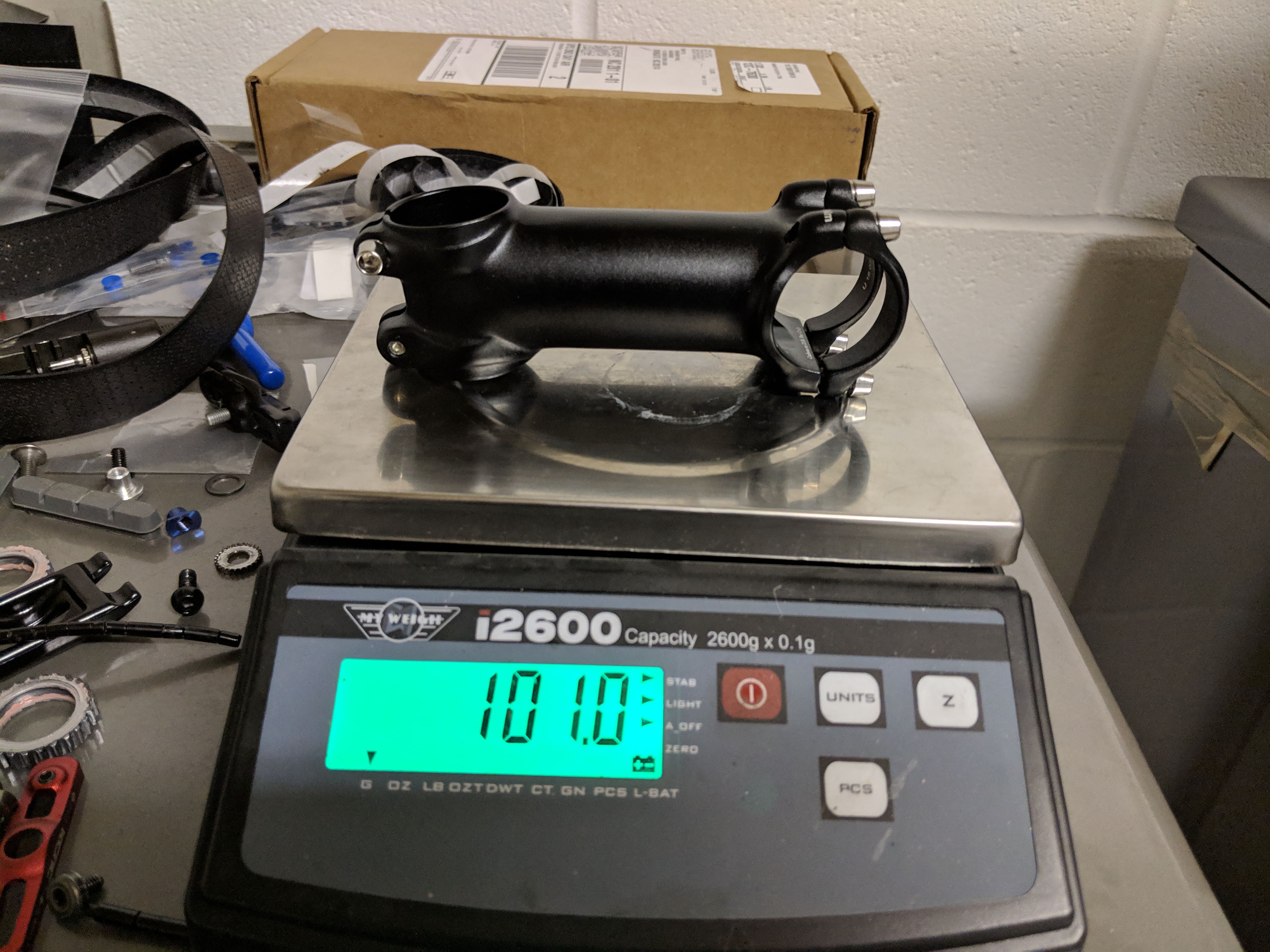 Package with a bunch of bolts arrived! 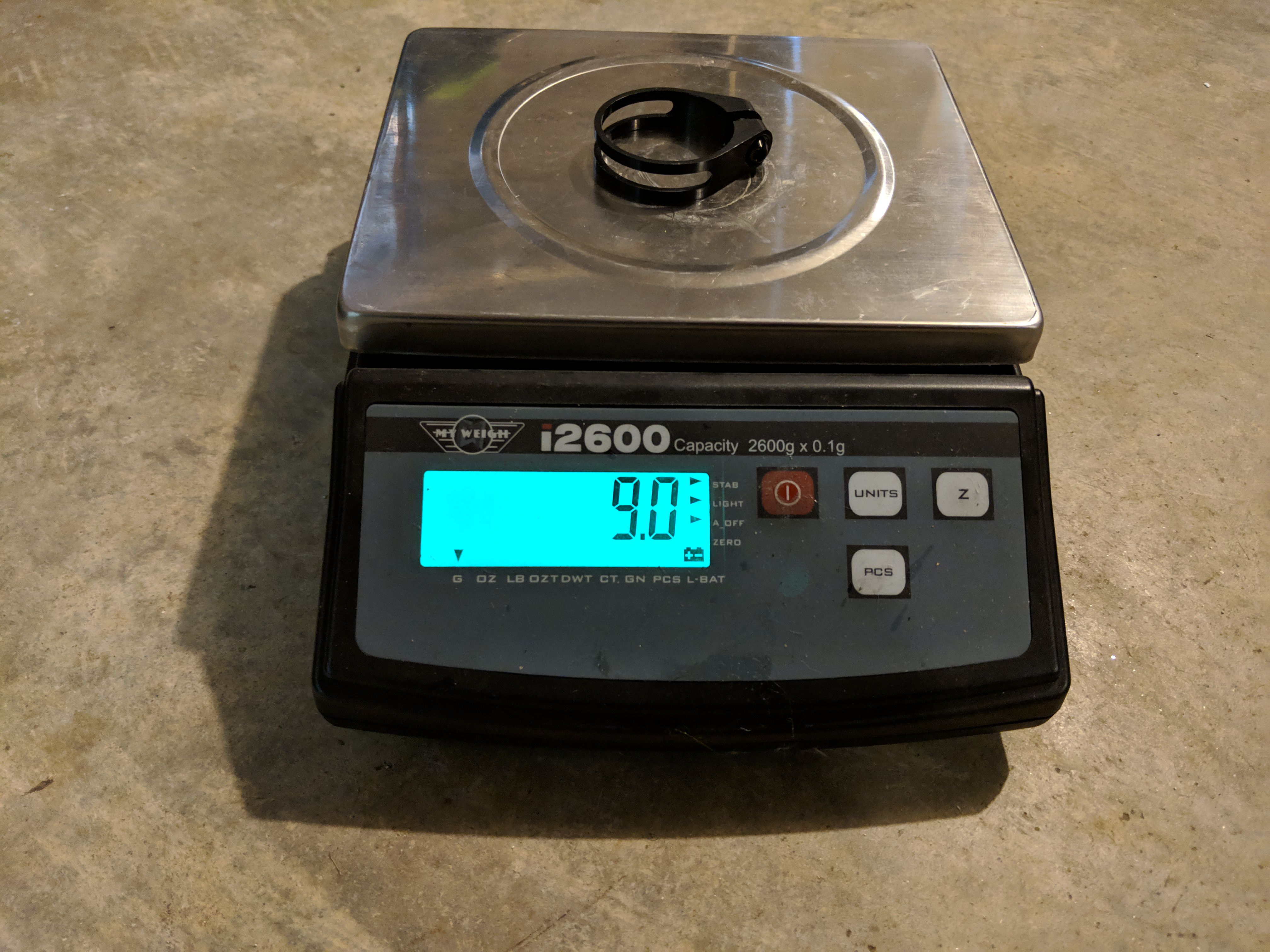 Ti bolts for the Kalloy. 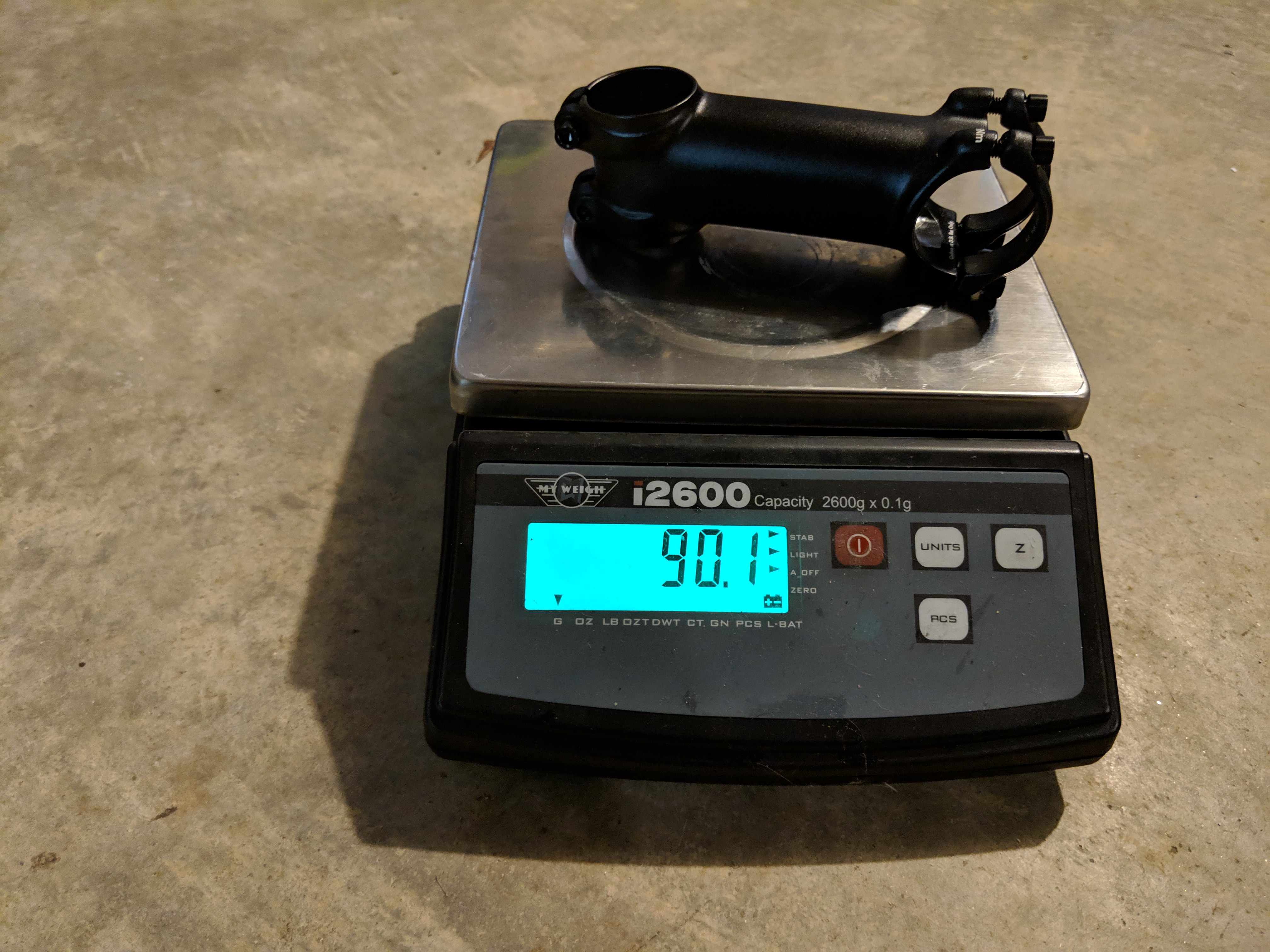 The ENO Eccentric hub bolts on. Naturally, it comes with steel bolts, so lets see how a Ti bolt would fit. 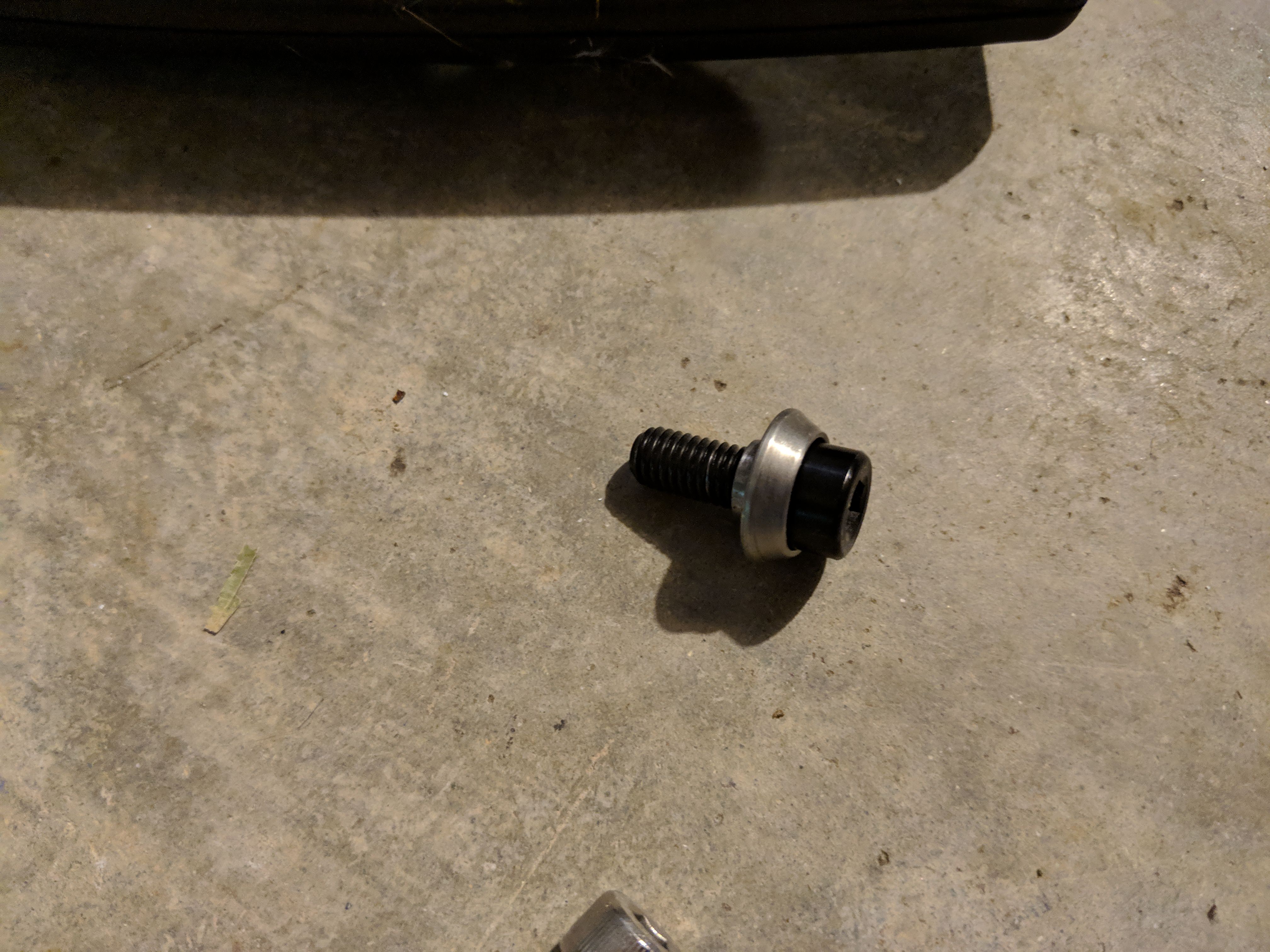 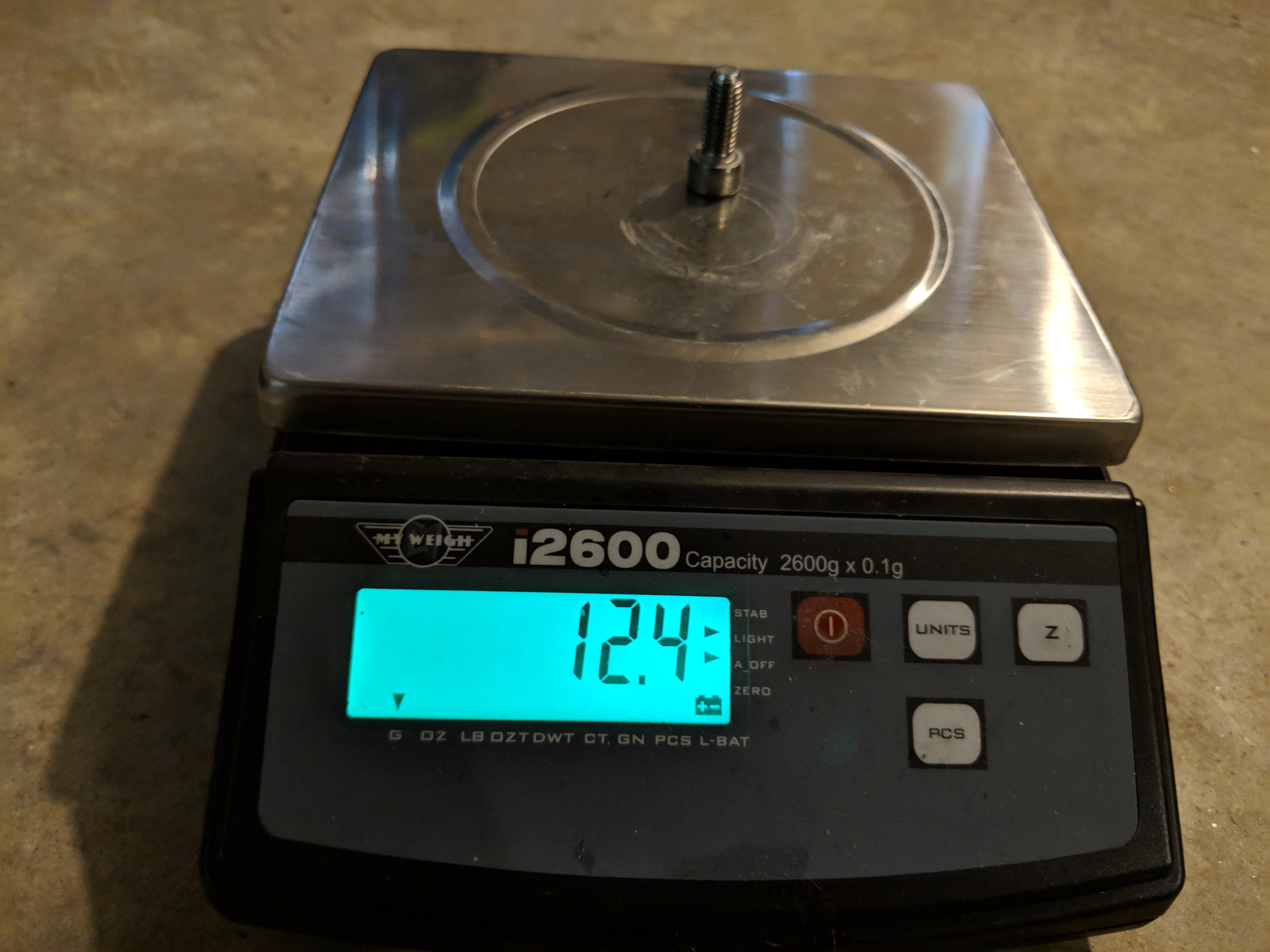 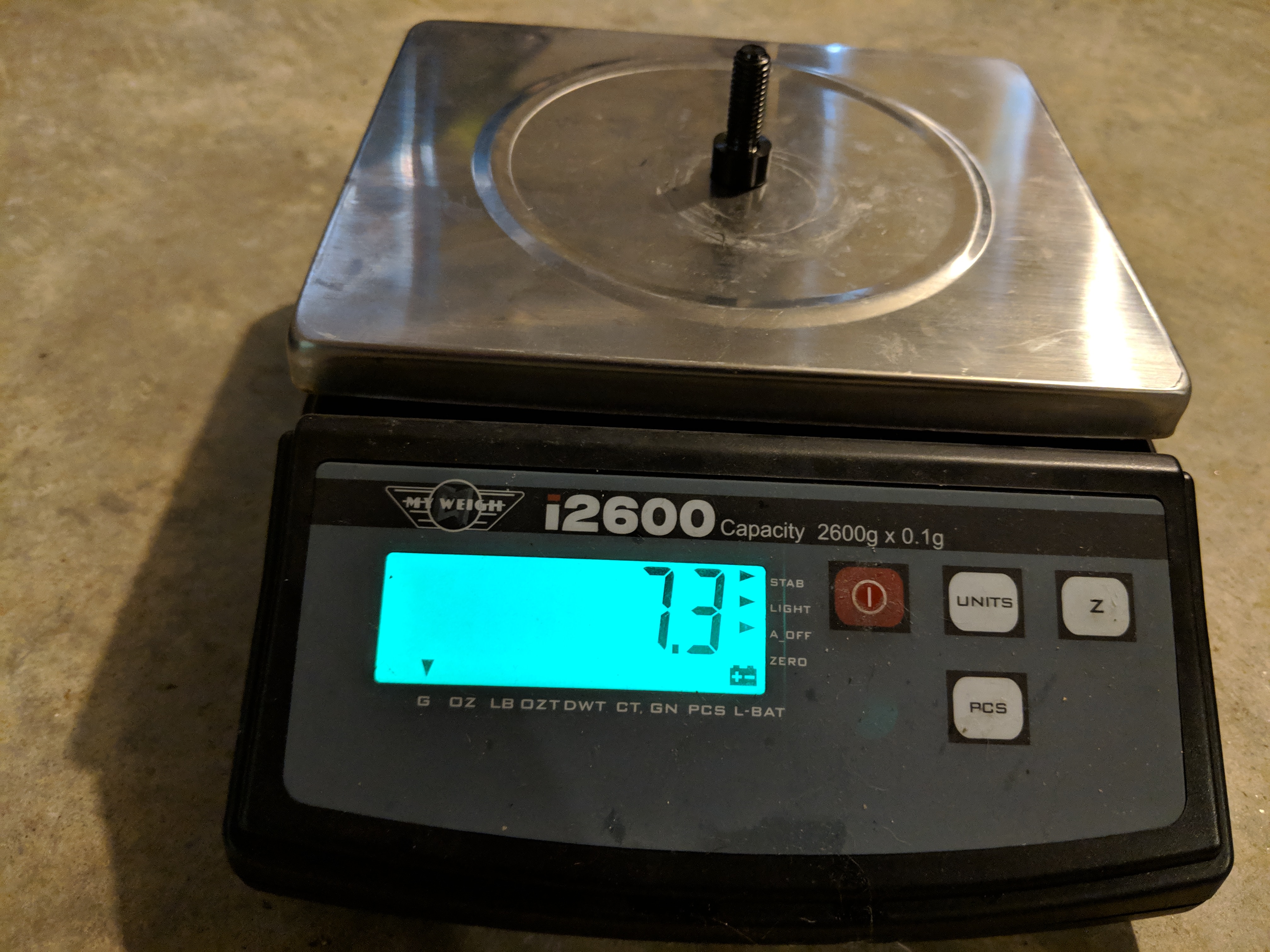 Due to the eccentric nature of the rear wheel, I previously used a long reach rear caliper. Shimano is just about the only company making a decent long reach caliper anymore (Cane Creek and TRP make some inexpensive ones; the Shimanos are likely better, and I already own them), and while it's Ultegra level, it's based off the old R600 series. In other words, it's ancient, and it doesn't match the aesthetic of any modern parts. My current solution is offset brake shoes made by Aican. 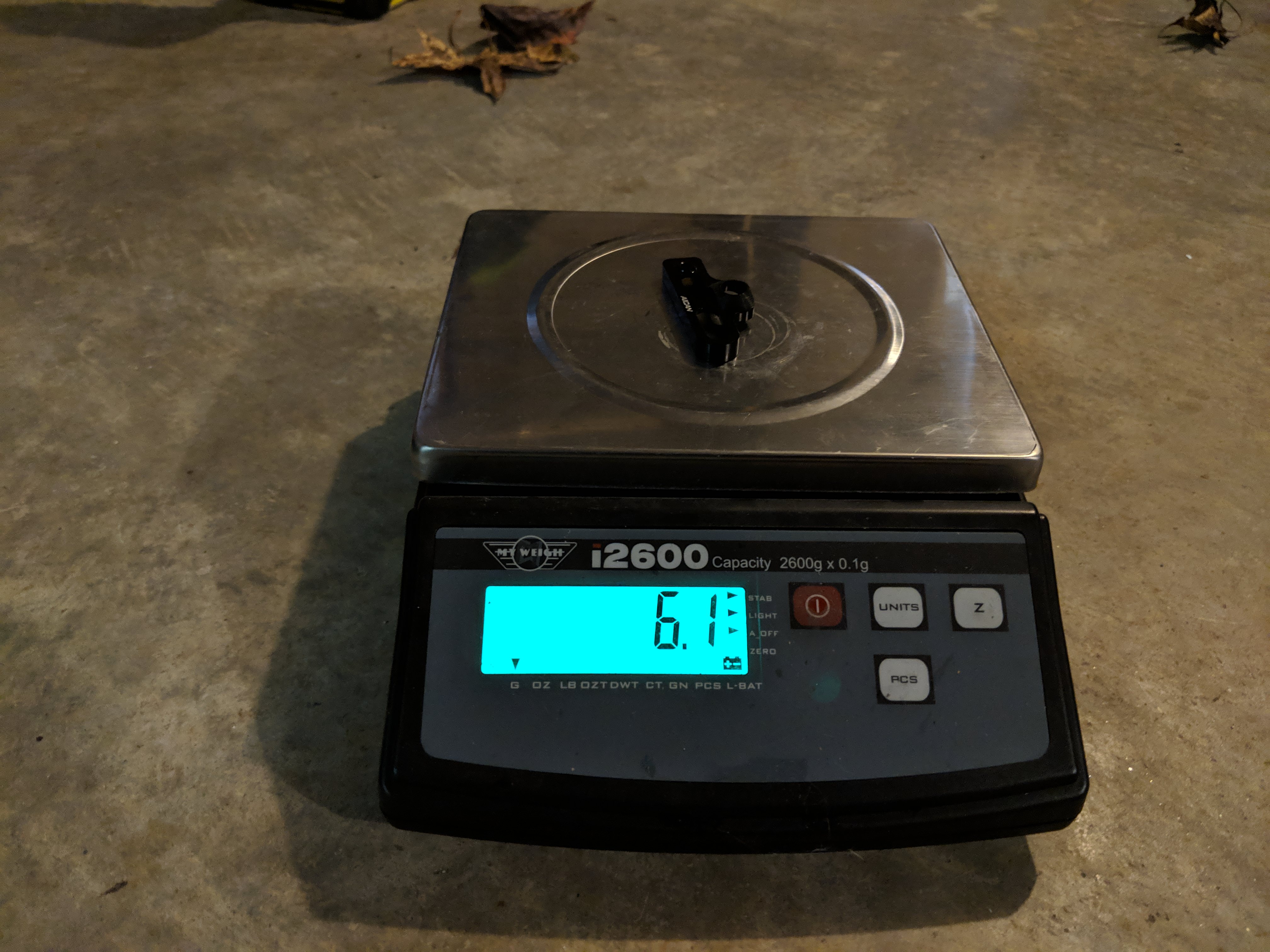 They're not exactly light, but this way I can still use my Super Record Skeleton brakes on this build.

For front brake shoes, I have a number of choices in my parts bin. DA, which everybody knows are heavy, TRP, Aican, and KCNC. I don't use Campagnolo shoes since the pads are almost always more expensive.
Aican brake shoe. 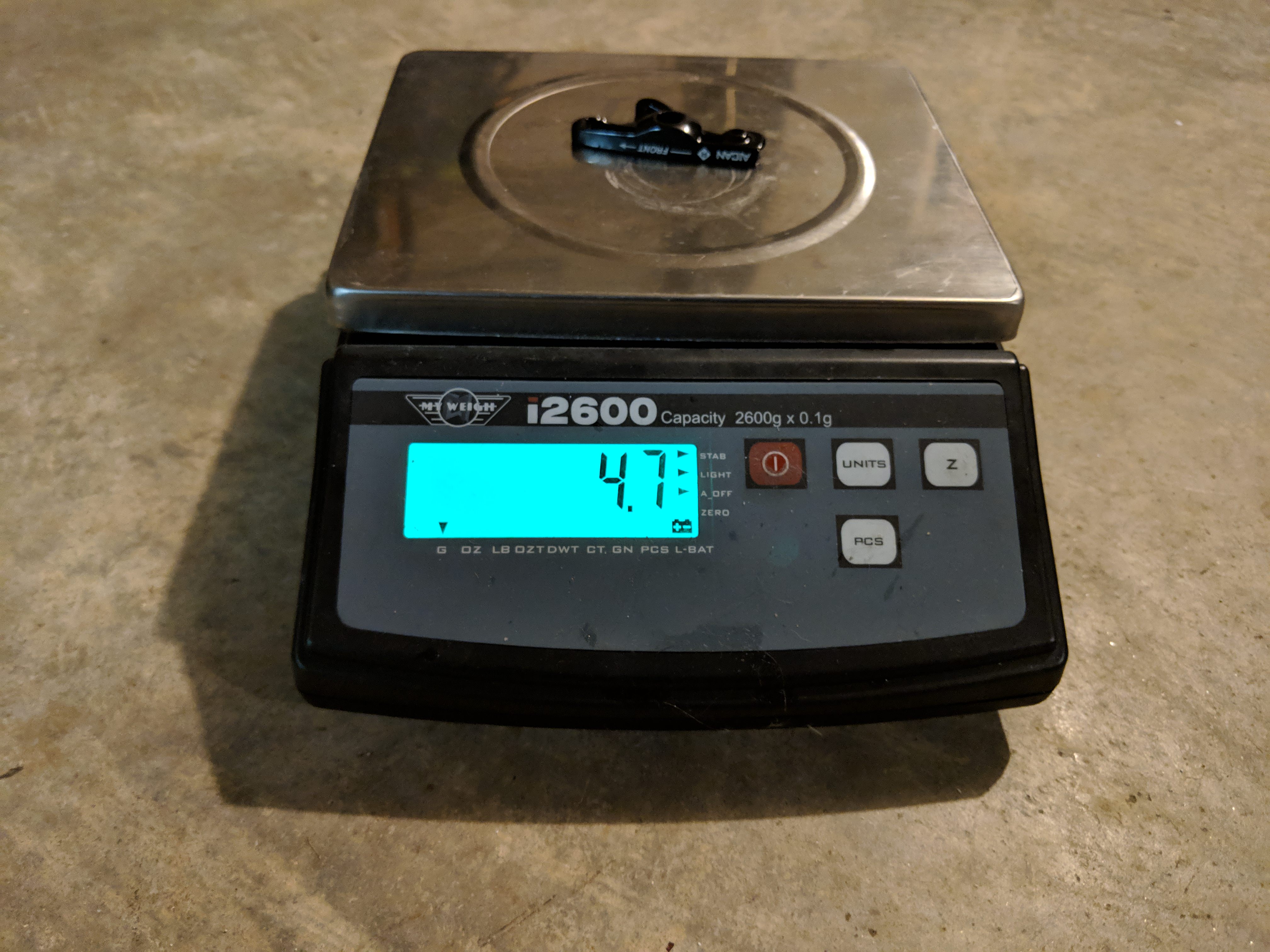 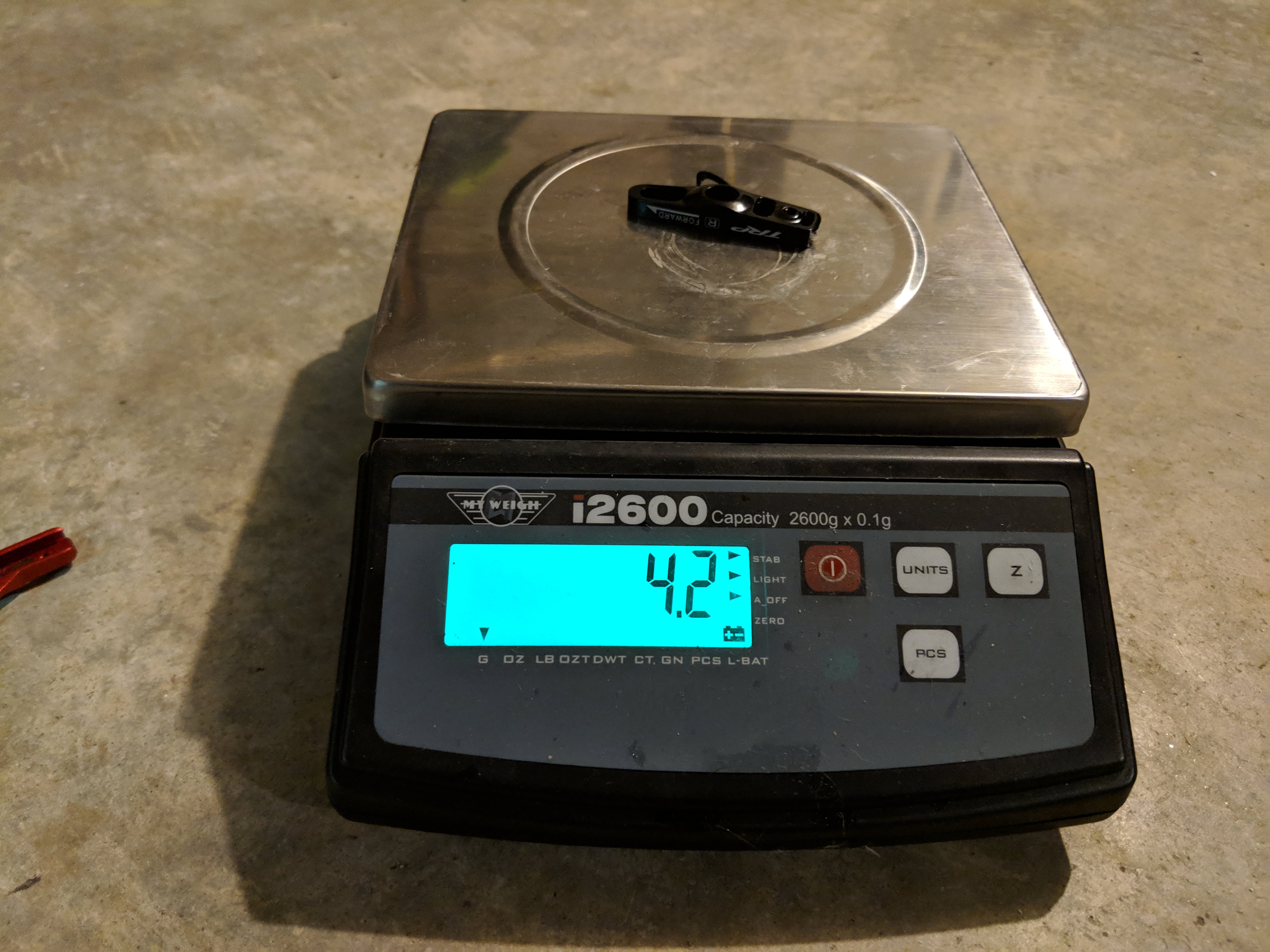 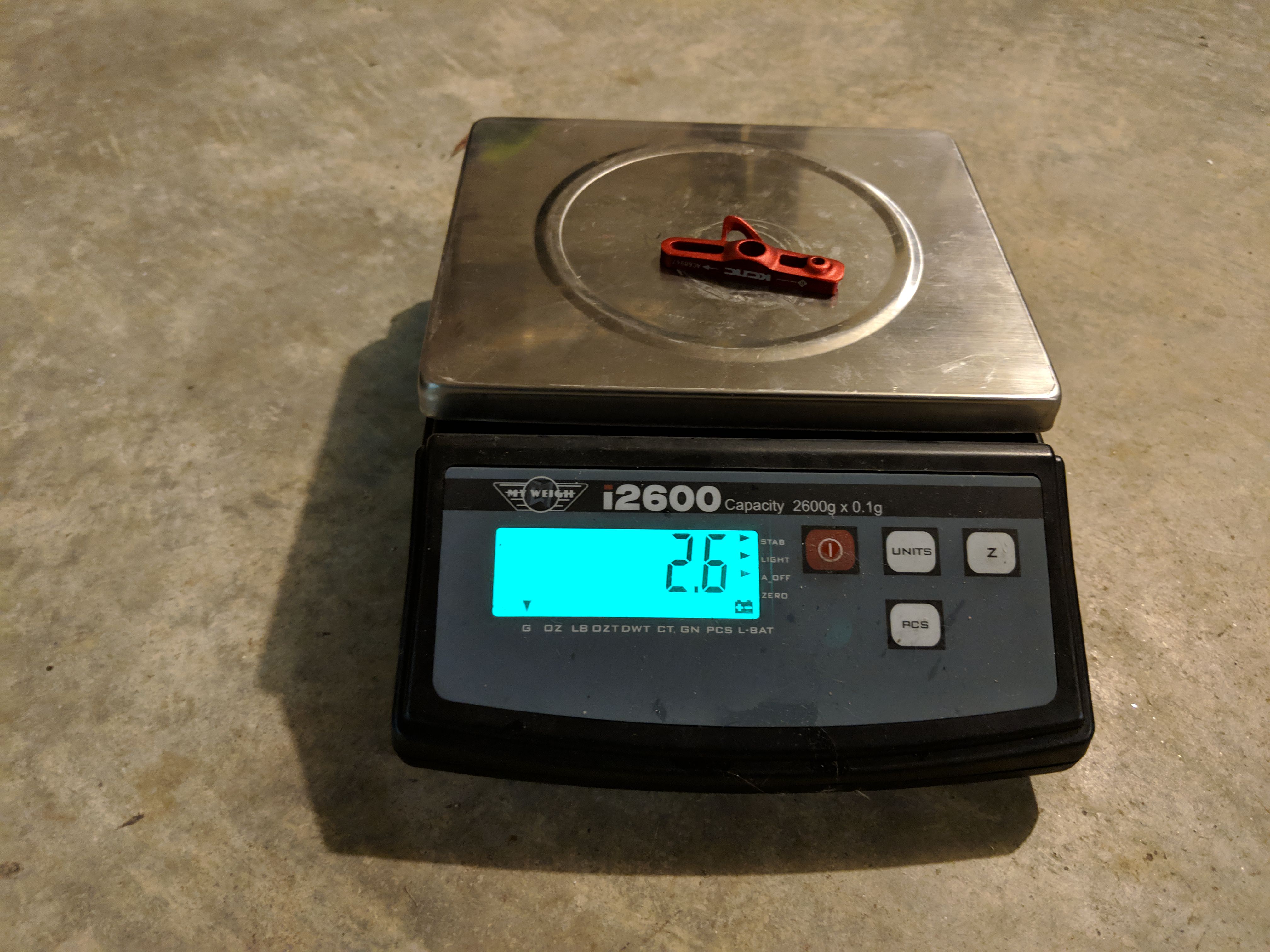 These all mount using the same kind of hardware, hence why the shoes were measured bare.

I don't know why I keep buying ones other than the KCNC. They really are hard to beat short of spending twice as much for the THM.
Top

Since I no longer need any 10 speed parts, took out the shift mechanism on the rear shifter, and ended up with a pretty ligthweight brake lever. 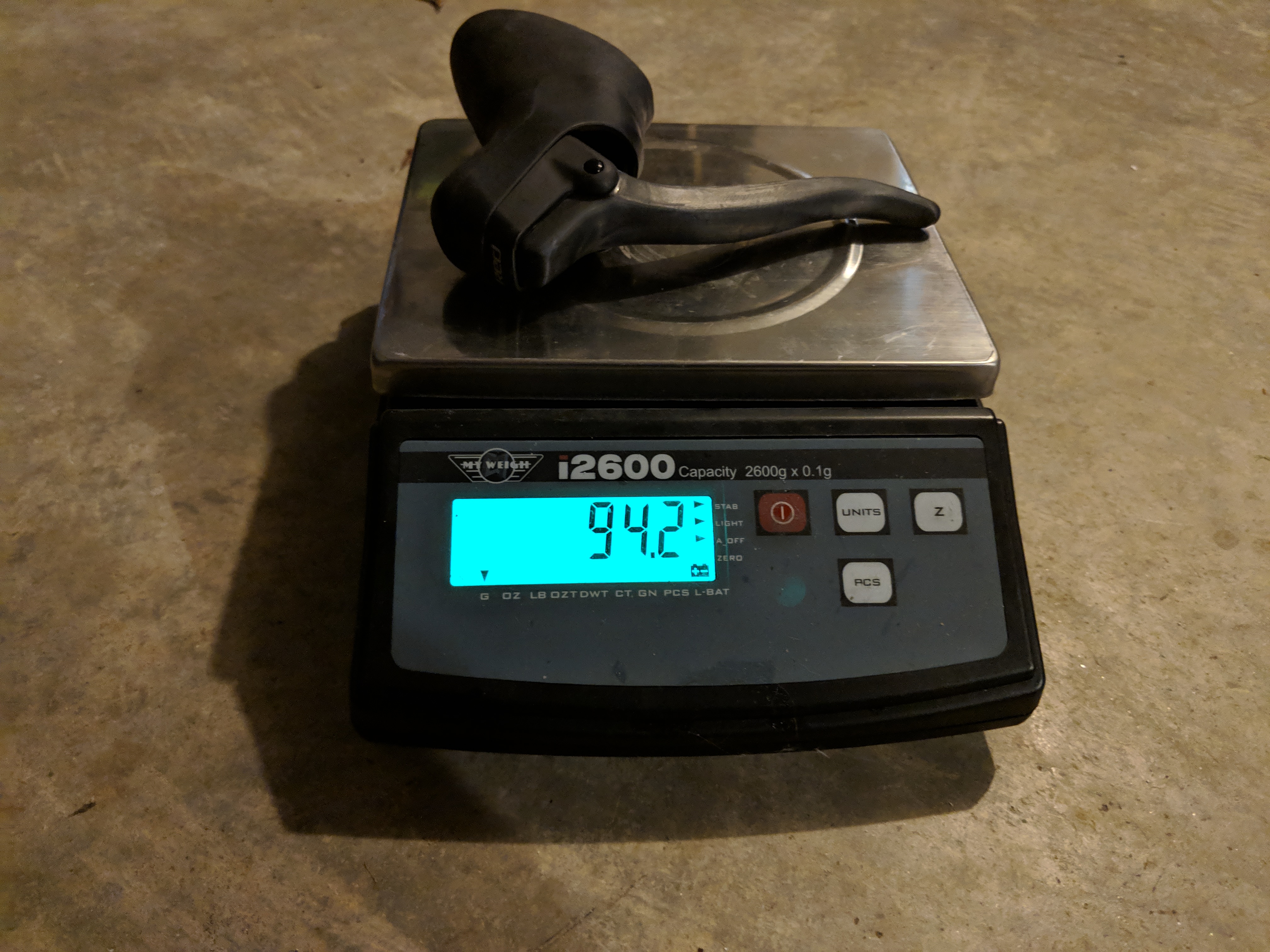 Still need to sand down the front lever nee shifter. 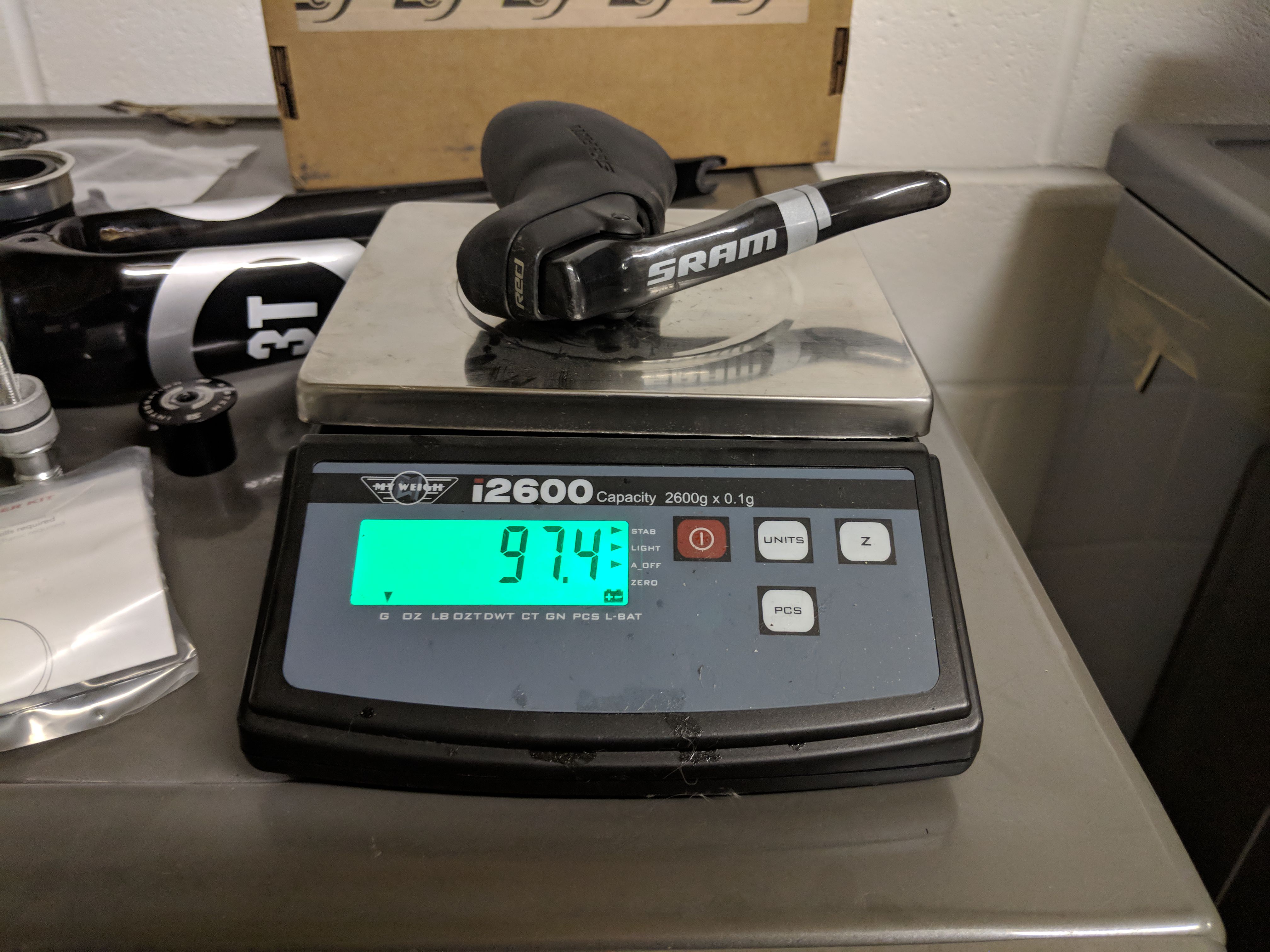 Don't think I'm going to get down to 800 like I previously said, but I've only hit carbon in a few spots so far. There's some clear under the white paint, probably to level it out prior to paint. I'll easily hit below 850. 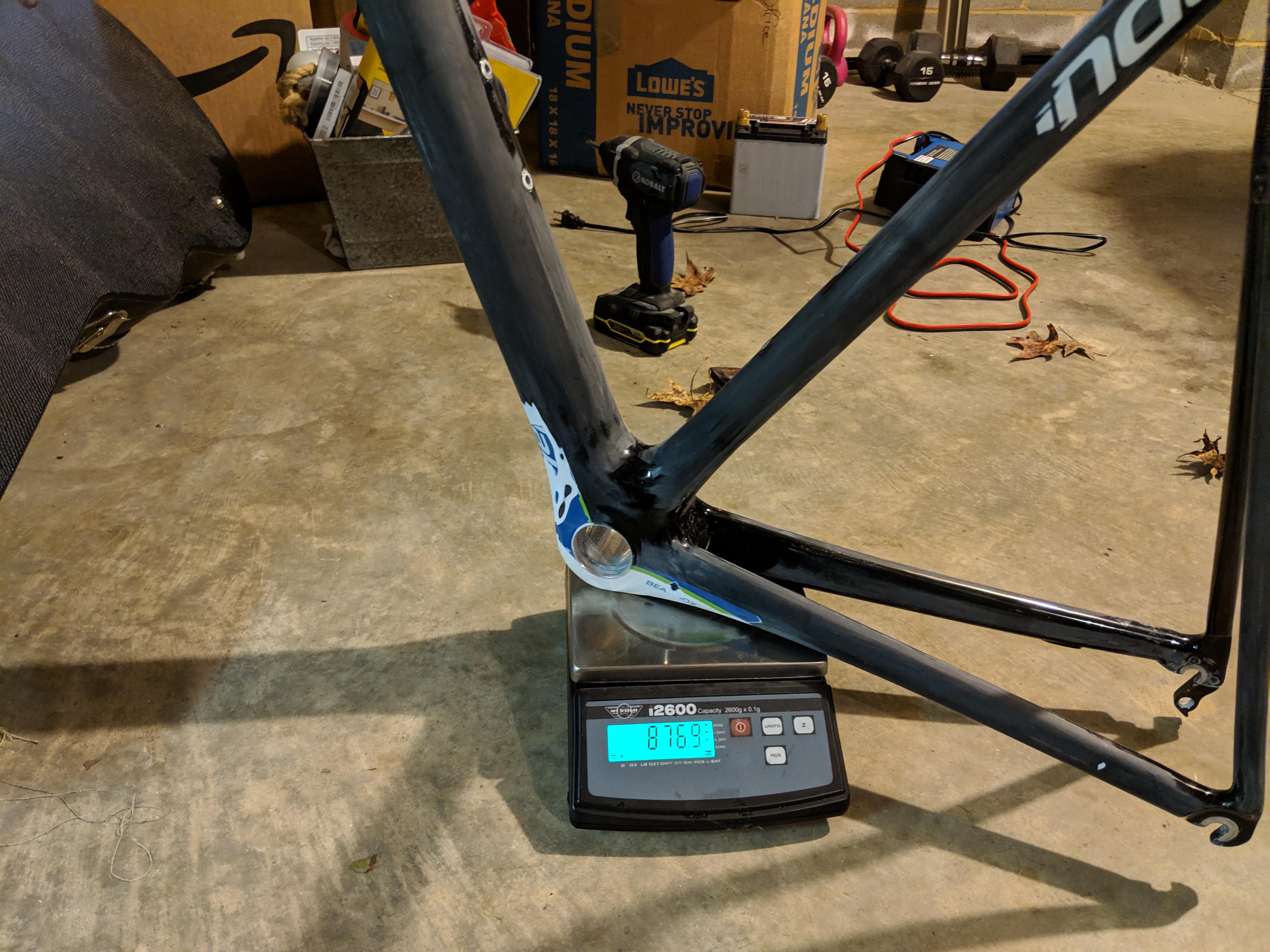 Lacing up the rear wheel today. 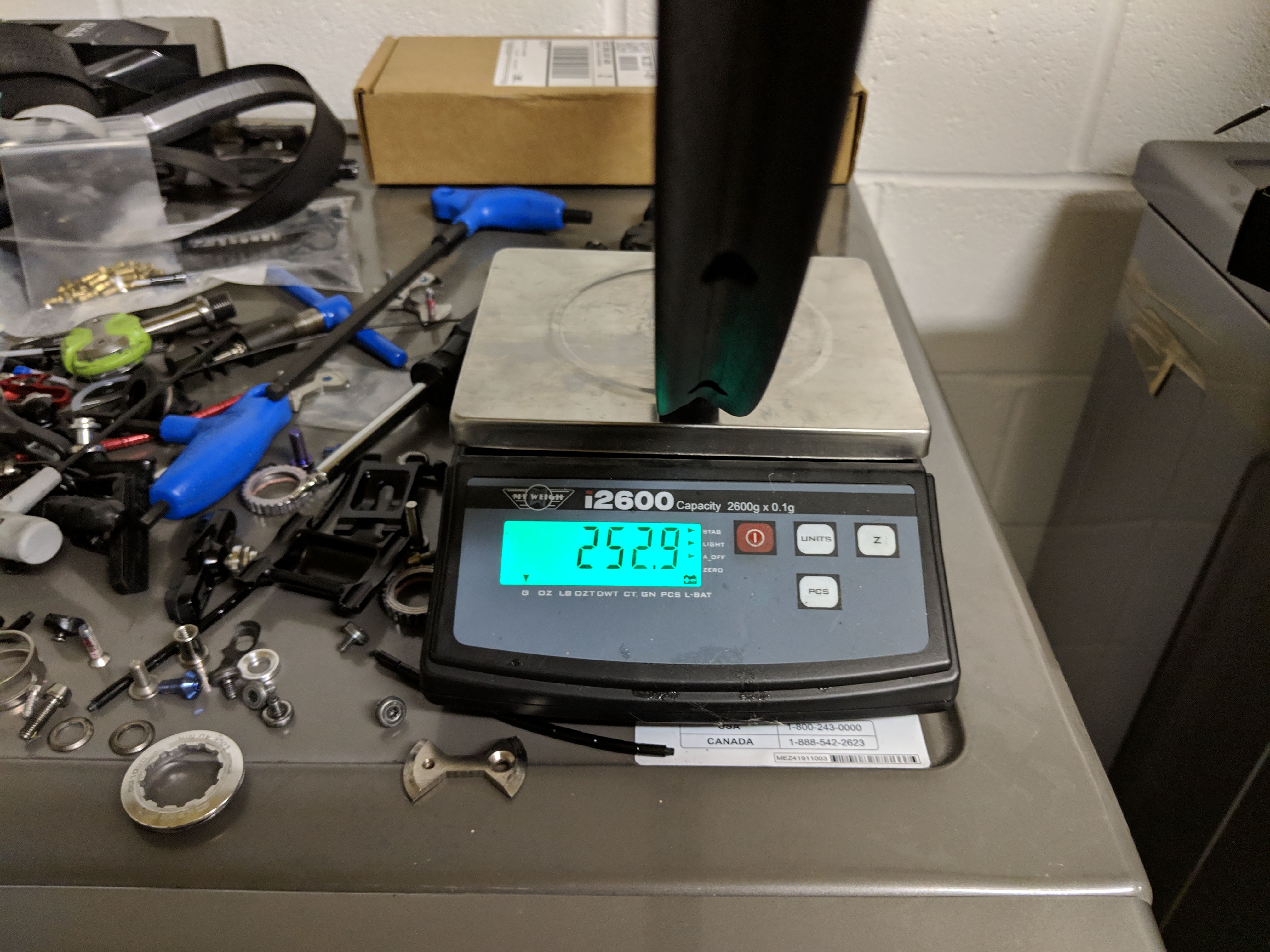 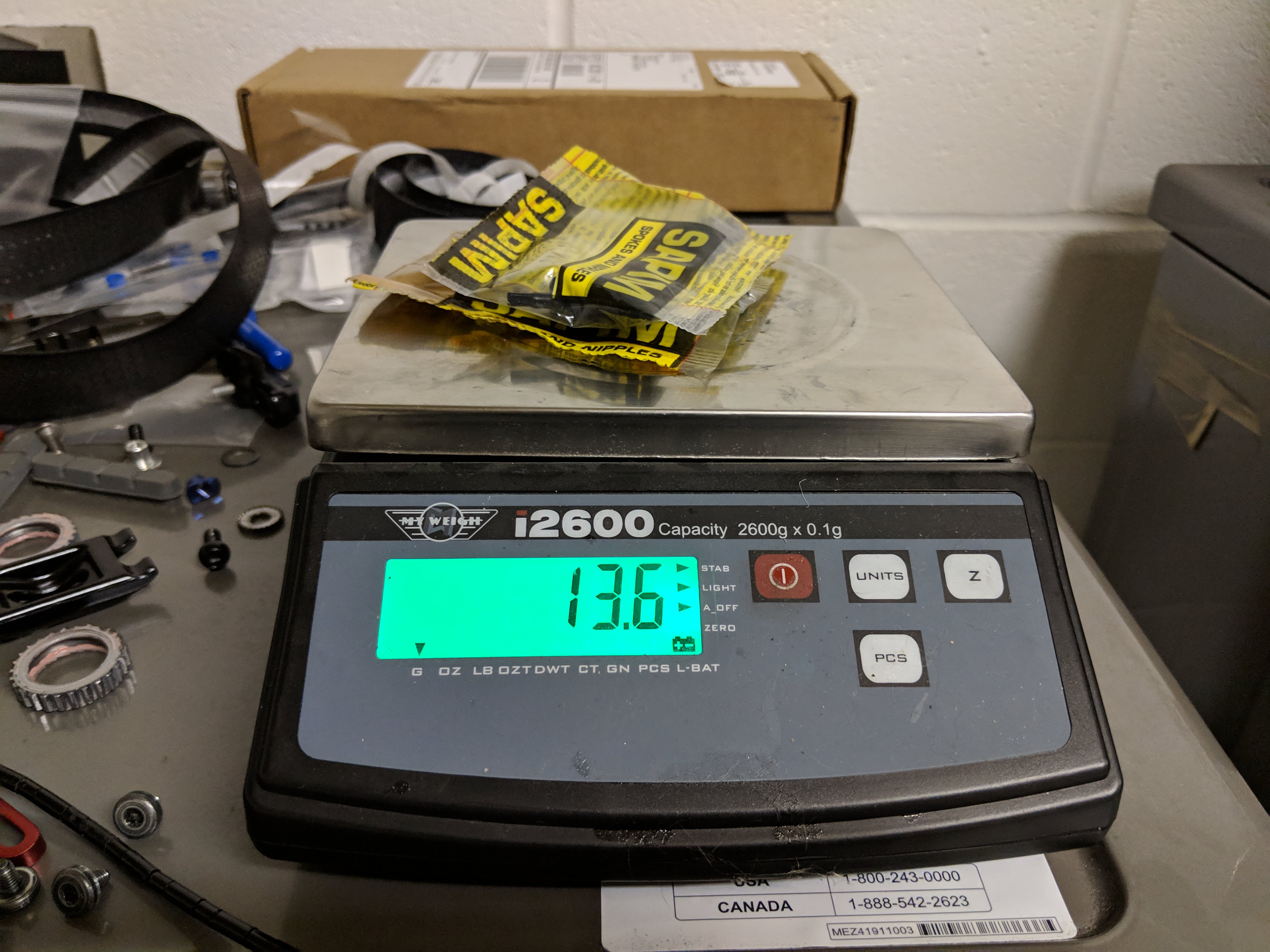 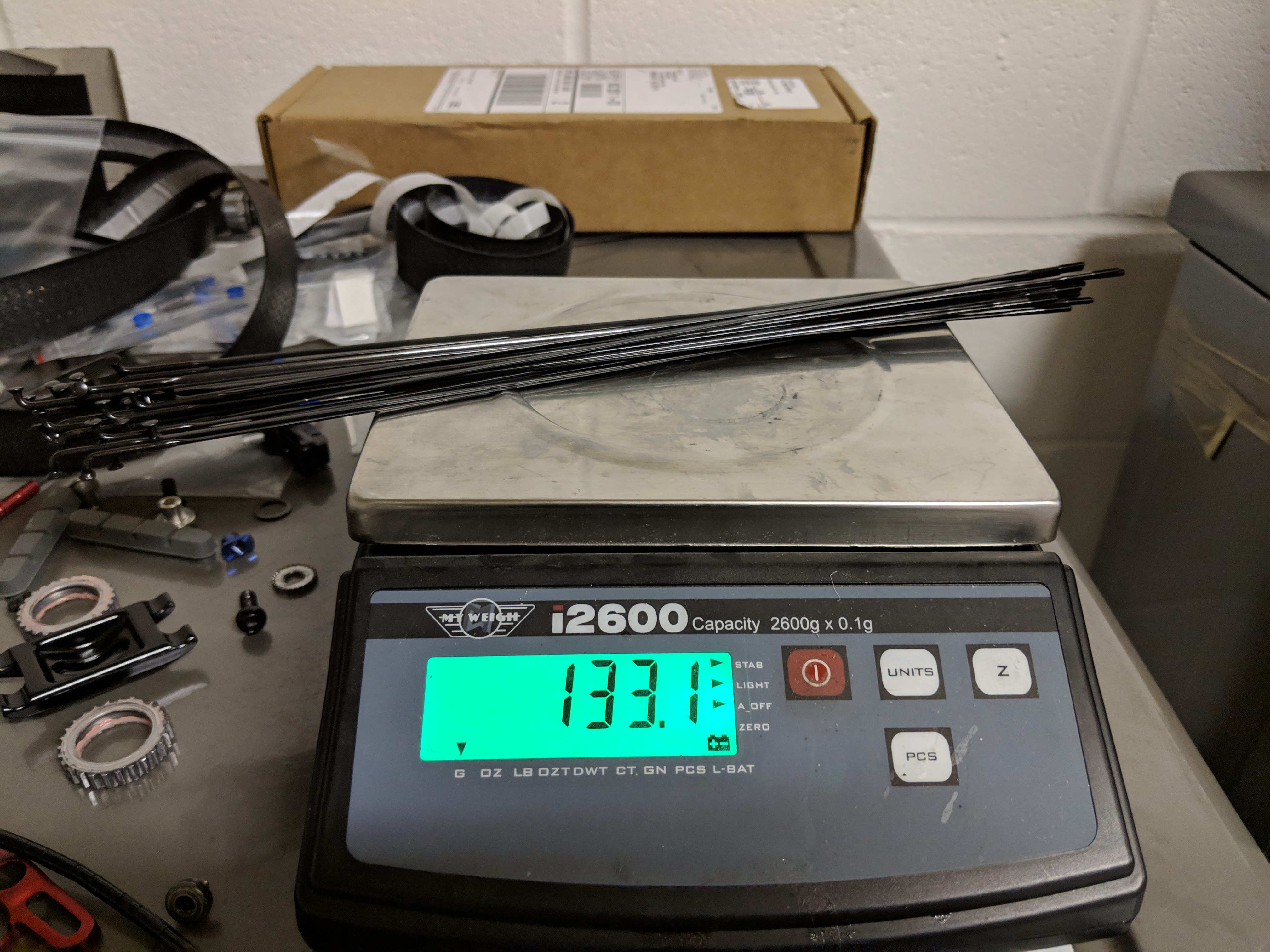 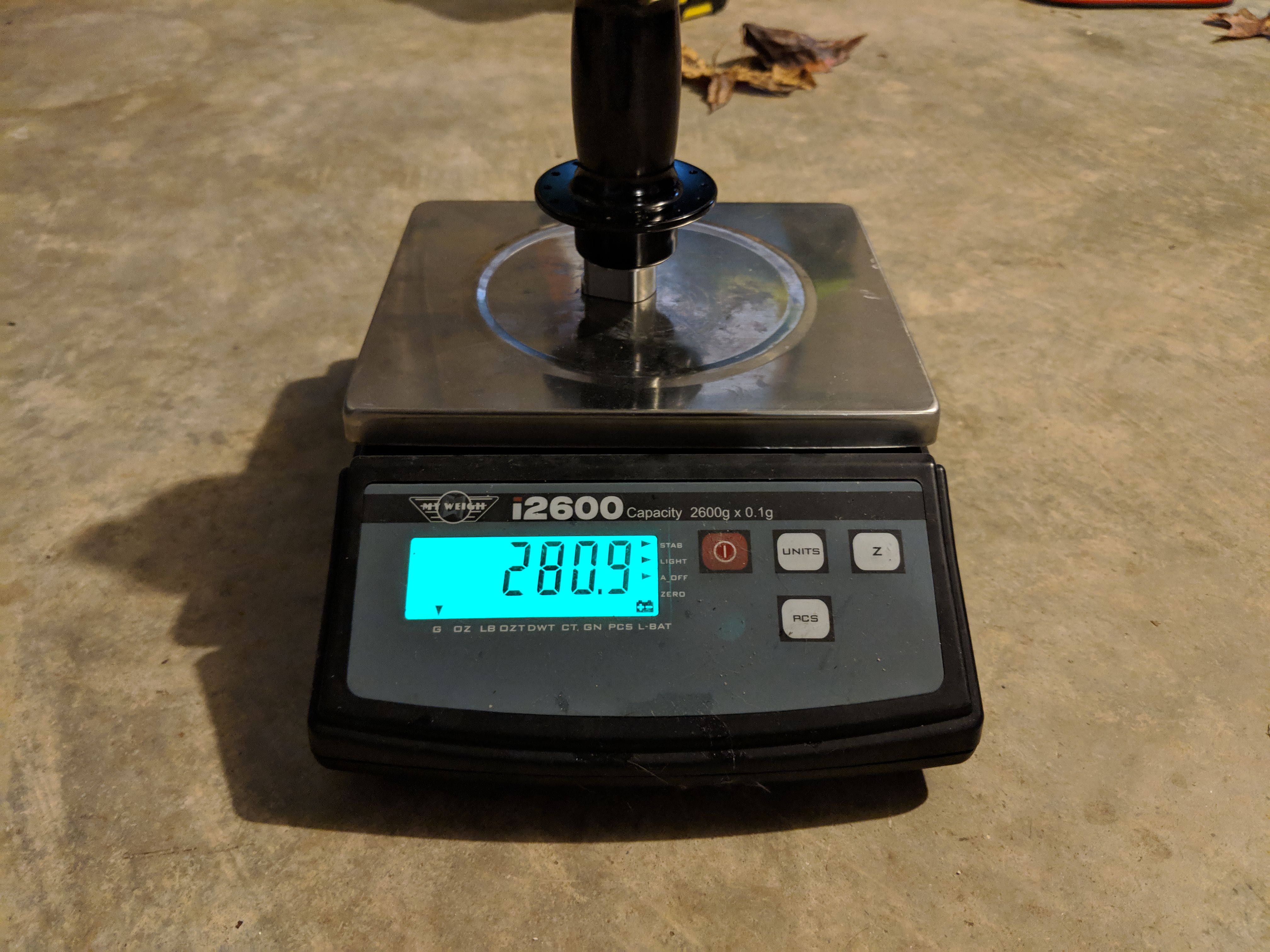 Wheel is laced up, but not tensioned yet. Ran into an issue with my tensiometer, so need to fix that before I finish. Should weigh in at under 680 grams, I'll check it once I'm done tensioning. Overeall, not bad for such a 'heavy' hub. 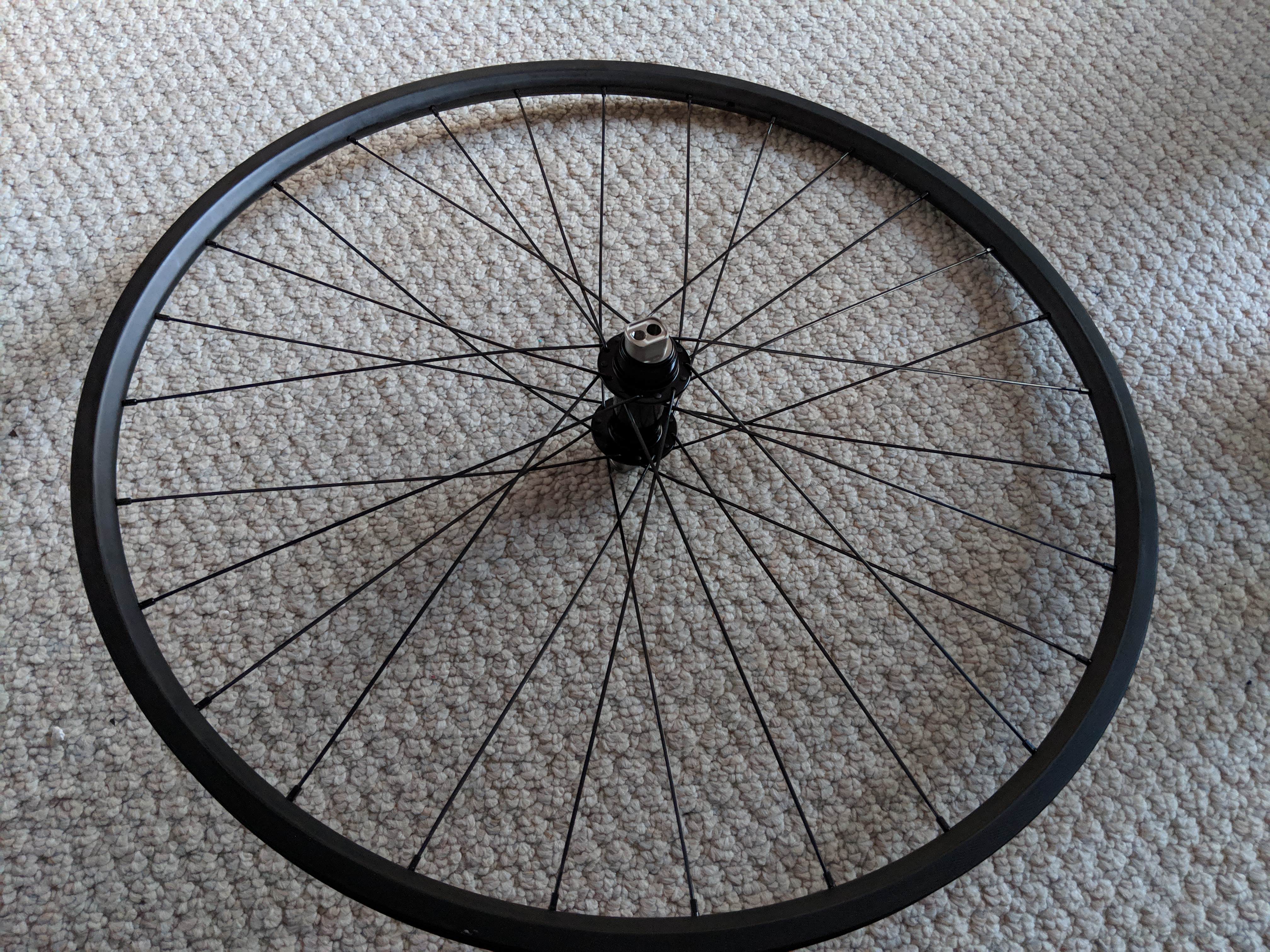 I own a White Industries eccentric hubbed wheel myself. Wonderful piece of equipment indeed. I have both the 130mm and 135mm end caps so I can use the wheel with any frame basically.

Anyway love to see what’s up next. Adding a freewheel will add terrible amount of grams though...
2003 Scott AFD Team singlespeed
Top

Such a great build, I’d love to know where you got to with it.
Top
Post Reply
16 posts