boogermin wrote:Good looking bike. I placed an order for a P1 frameset, andI have a question about the seatpost clamp for the saddle while I wait to take delivery. Does your Pro Stealth saddle have 7x7mm or 7x9mm rails? If the latter, any issue with the 7x10mm adapter that comes with the Madone?

I have had issues with it gradually sliding backwards at 10nm. Have thought it might be an issue related to rail size but ive just been too busy to work on my own stuff/check recently. Chucked some carbon paste on last night and retorqued so ill see if that helps. Im also about 90kg so if anyone is going to have issues like this its me.

izza wrote:I have carbon rails and have had no issue with the 7x10 ears.

The only issue I currently have is that if I go over bumpy roads (loads of ‘sleeping policeman’ in London) the Garmin starts to rise up. After cumulative 150km I end up with a screen facing backwards at about 10-15 degrees.

If it was a loose fitting I’d expect unit to rotate down. I have tightened it using the supplied 4mm torque wrench.

I havent had the same problem. Are you using a larger unit like a 1030? I have mine set up reasonably loose so i can adjust light and computer angle on the fly but i dont really notice them moving by themselves.

The mounts appear to be 3d printed plastic so if you want a permanent solution you could apply plastic cement to the blendr interface and when you torque it up it will essentially weld its self together.

The other thing is to crank it up tighter. Its just plastic so if you break it its not the end of the world. Its also more likely to start to turn the captive nut rather than snap.

The new ion light is very bulky and heavier than its predecessor.

I tightened up the Madone 9 blendr so tight that it did crack the mount so didn’t want to go that tight.

With my Emonda it was fine in the alps with a 1000 and then rose up when I was riding at home. Only difference between French roads and my local ones are speed bumps. That’s why I think that is the cause. Will look at cement as I can lock top mount. Bottom one has light in winter and go Pro in summer so wouldn’t cement that one.

fwiw my 1000 rises up on the Madone too
and sometimes (but rarely) droops by the same amount .

Sent from my SM-G950F using Tapatalk

Carbon cages arrived today. Both weighed in well over stated weight but given the 2 together are lighter than the one elite cage I've been using, I'll take it as a win. 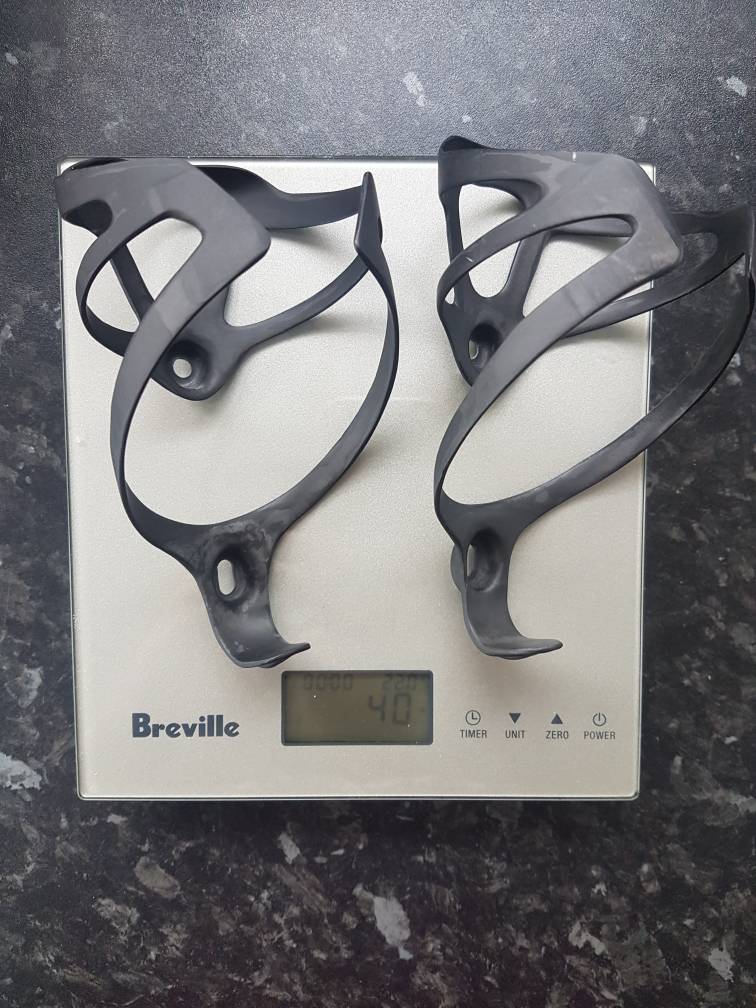 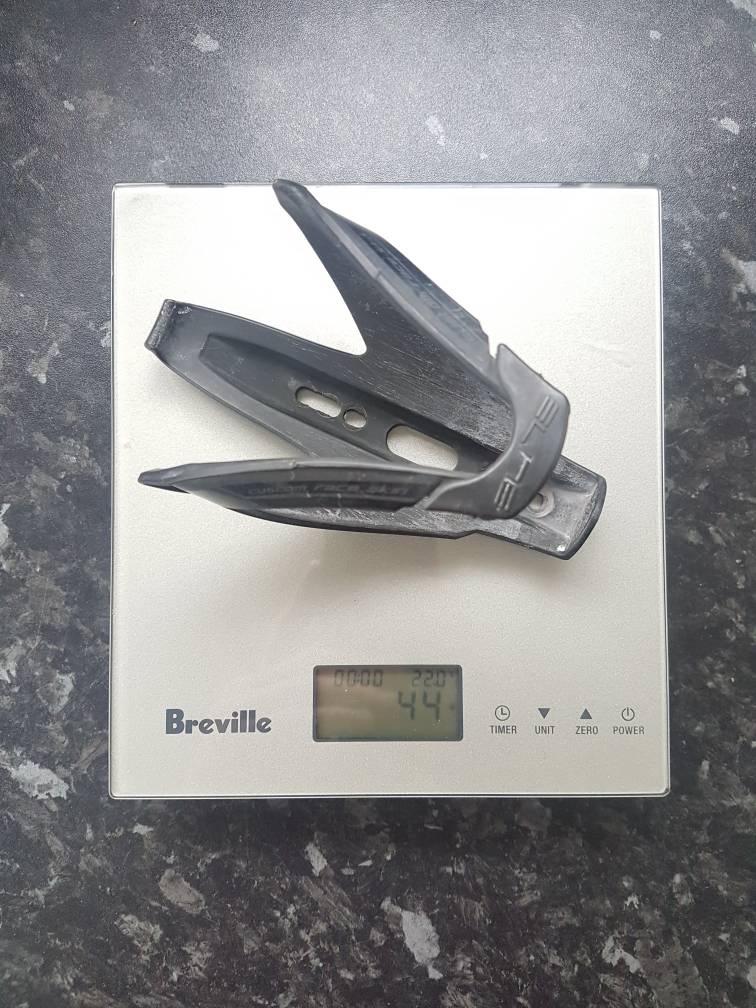 Looking at bottle fitment, i probably won't be doing any gravel riding with these on but for regular road riding they should be fine. 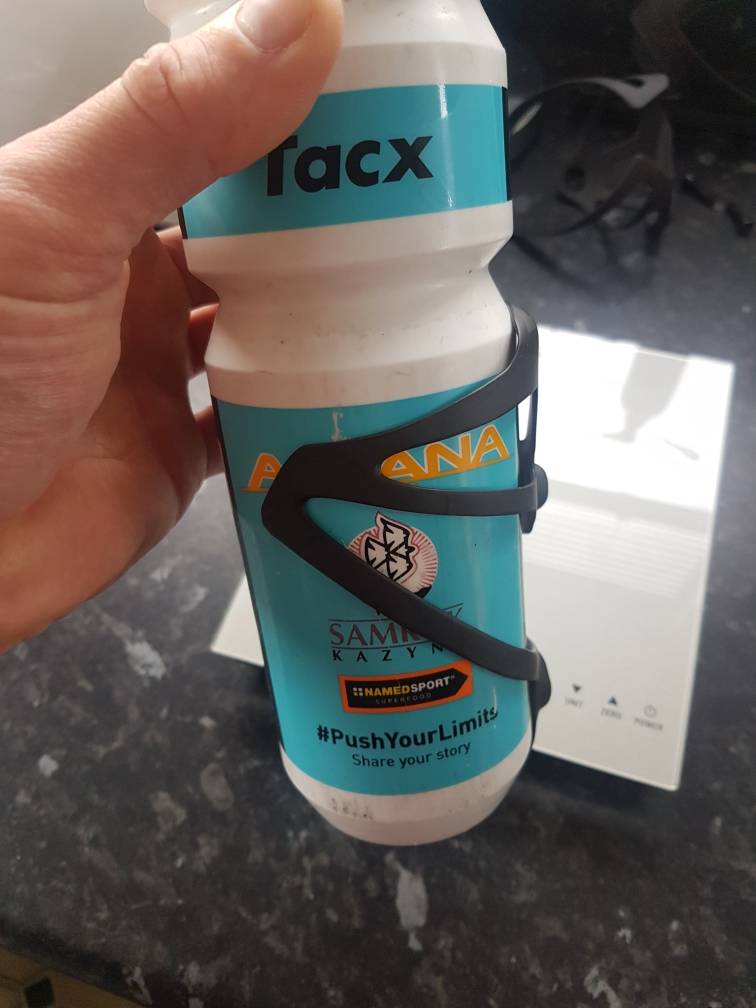 I also weighed the factory bolts i stole off my old s3 disc and they're only a gram each so i guess ill be sticking with these and and not bother with alloy or ti bolts. Maybe in the future ill get some anodized purple ones. [Edit: i had to cut the bolts for the seat tube as they can only insert about 8mm. my bolts are definitely alloy already] 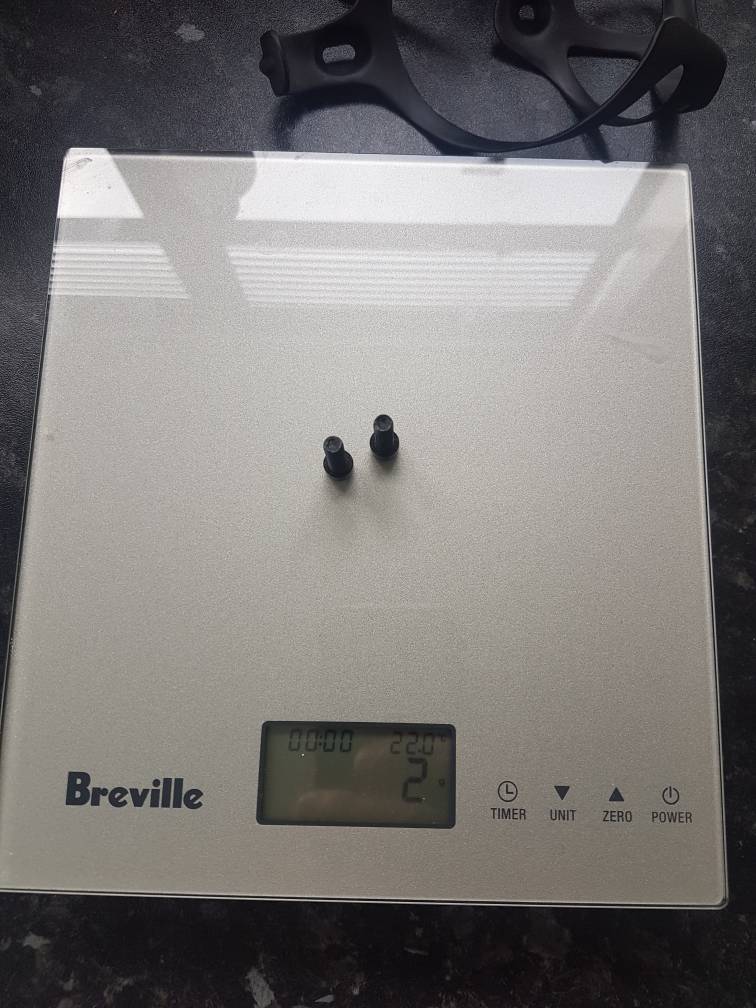 I also finally got round to ordering my powermeter a couple of days ago. I ended up going for a 9100 stages rh side so it will match the groupset a bit better and save around 50g by my estimate.

I'll update with photos and full bike weight after i get that on as it will probably be the last major i do for a while. The only other low hanging fruit i can see off the bat is bar tape and light tubes.

Given the crappy roads here and the fact that we've just been coming out of winter I've been loathe to put nice tubes in. I think I've had about 3 rear wheel punctures in 600km

Powermeter on the bike. Looks good. Still 160g overweight but rides like a dream. 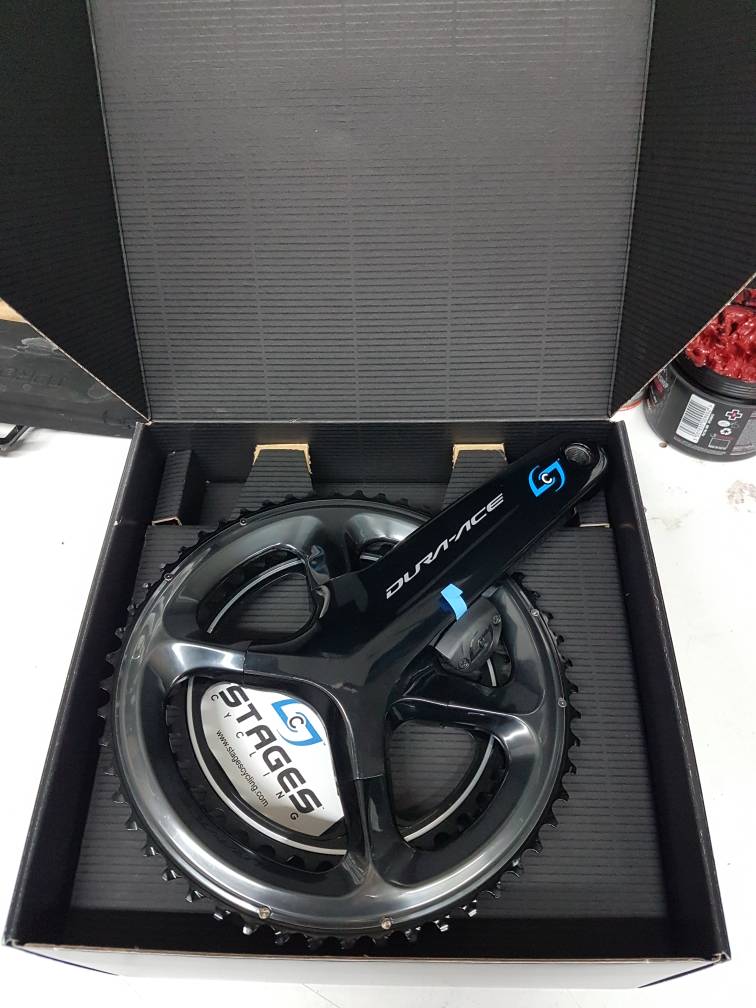 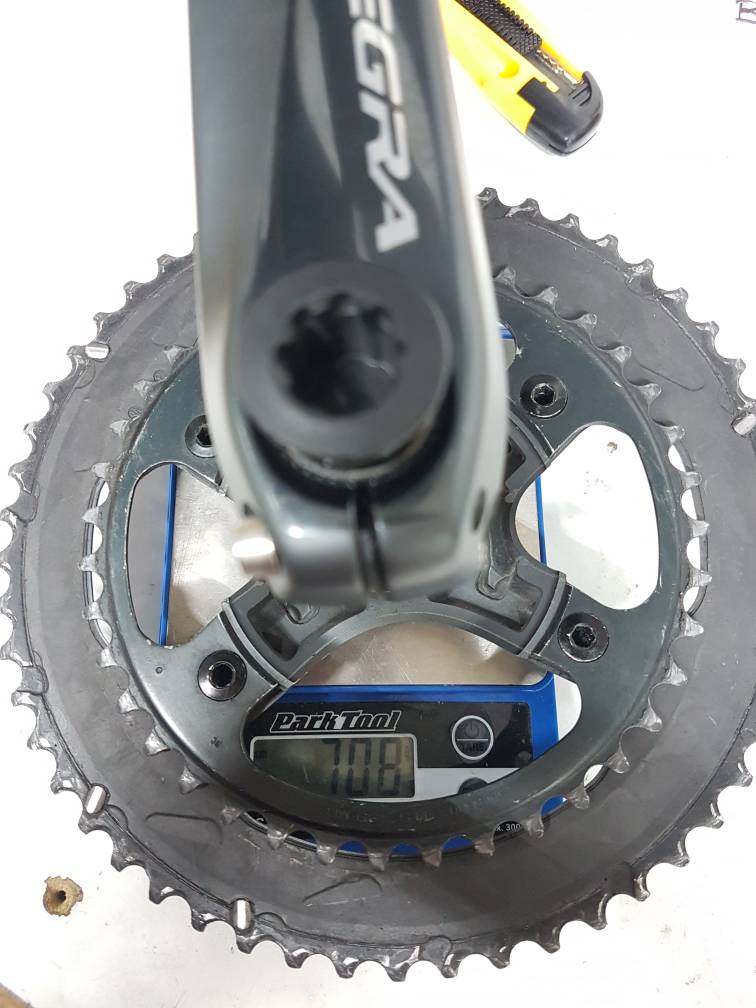 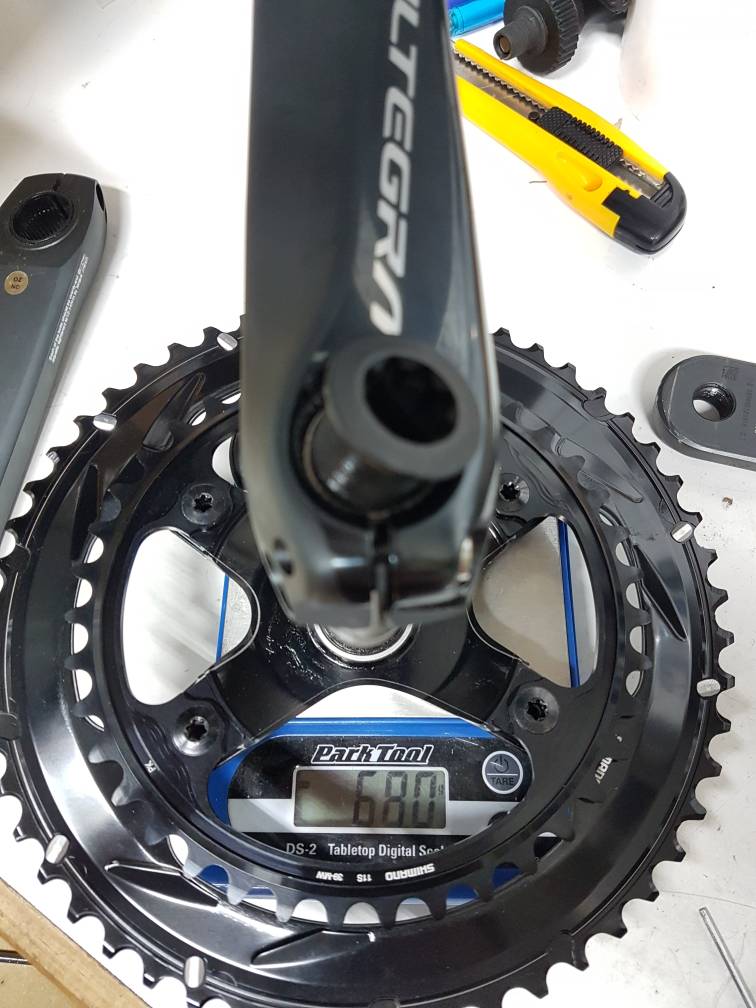 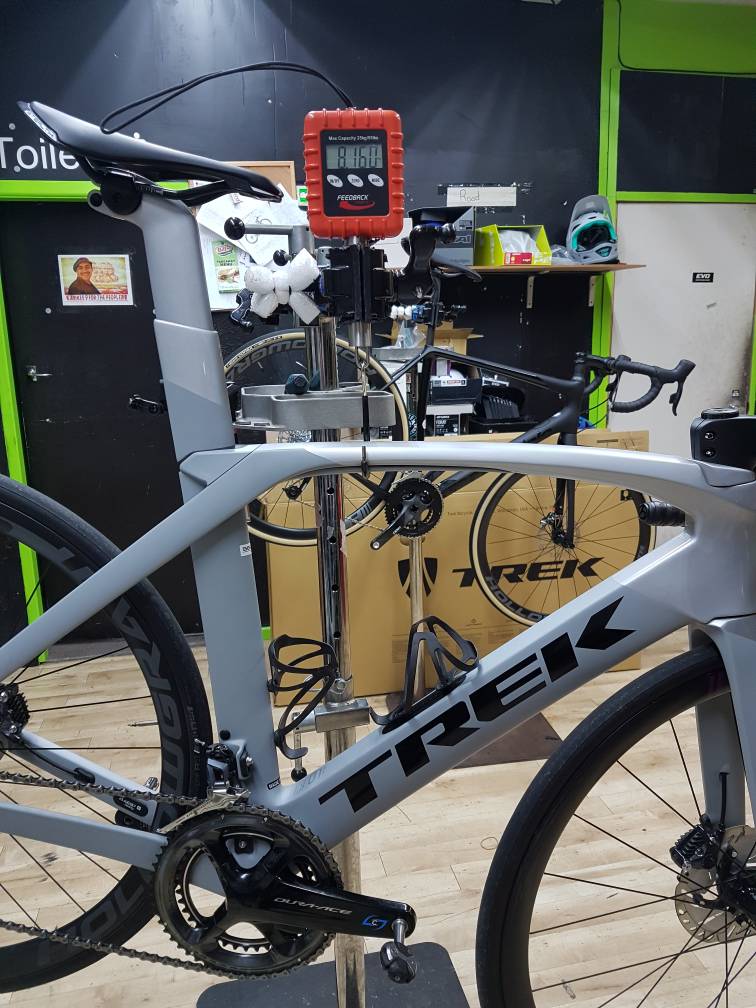 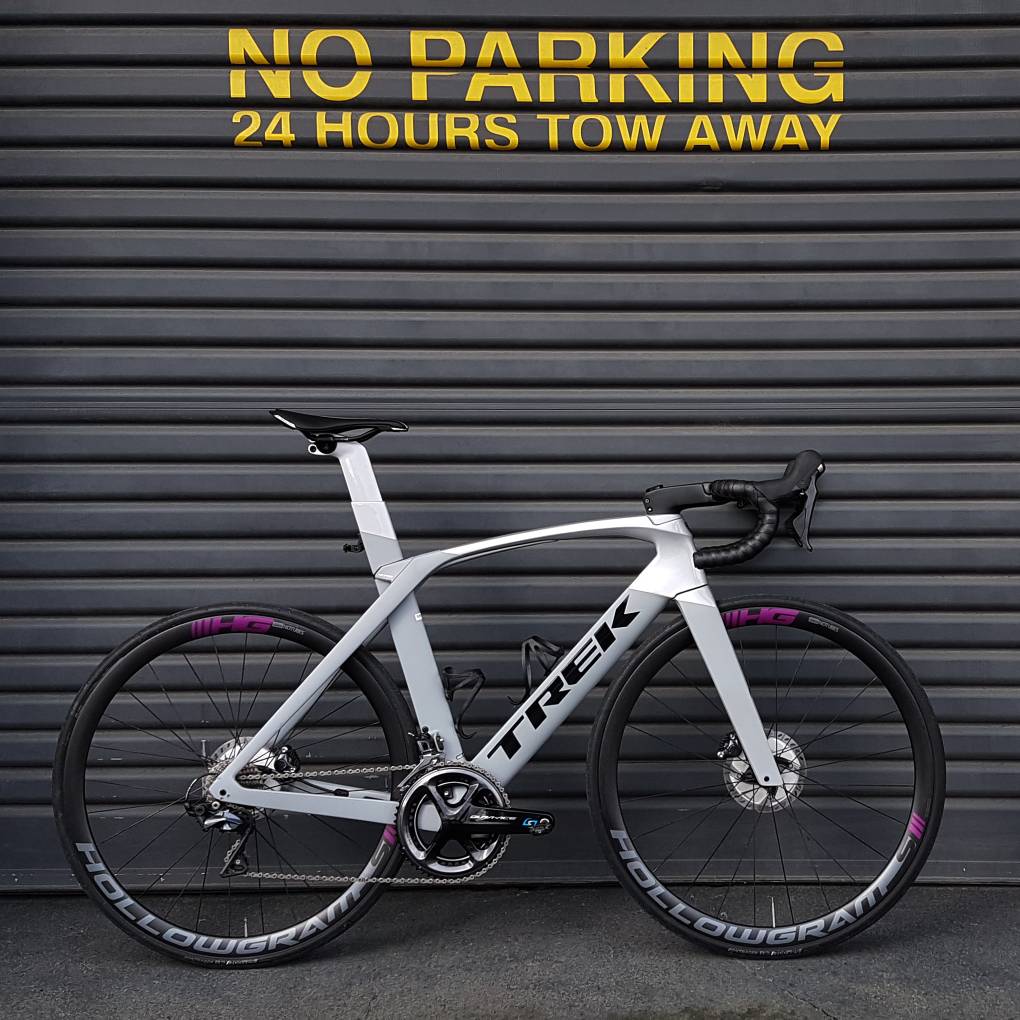 Would you think you can use a different handlebar with this new stem?
As long as the handlebar has internal cable routing and a hole in the middle?
Top

bruno2000 wrote:Would you think you can use a different handlebar with this new stem?
As long as the handlebar has internal cable routing and a hole in the middle?

Its pretty specific. Youd find it hard to run hydraulics through anything smaller but its a 31.8mm clamp.

Next try with the picture.