I have had a 2009 Litespeed Ghisallo hanging in the garage that I have been meaning to build for a long time. It is the last year Litespeed made this frame before they discontinued it. It is a T1 frame that is a blend of 6/4 and 3/2.5 Titanium. I like this model because it uses a standard round seat tube rather than the flattened one that required a proprietary front derailleur clamp. It also has straight seat stays rather than the curved ones of 2006 and prior. I would like to try a 1x10 build on this frame using existing parts sitting in my garage. The goal is to have a sub 10 lb bike with clincher wheels.

As far as "tuning" goes, I would like to attempt it on the parts I have. This forum has been a wealth of useful and helpful information for me and I would like to give some "tuning" a whirl to better appreciate some of the excellent work guys like Xena and Weeracerweenie have done in the past.

So to start things off I would need some tools and a quiet place to perform some tuning. I bought a Dremel 4000, a Dremel workstand, and the Dremel wand tool. I also purchased a bunch of Dremel bits to experiment with. I bought the little wall attachment work area from IKEA in the closet section. It probably cost me around $40 USD including the nice little light. 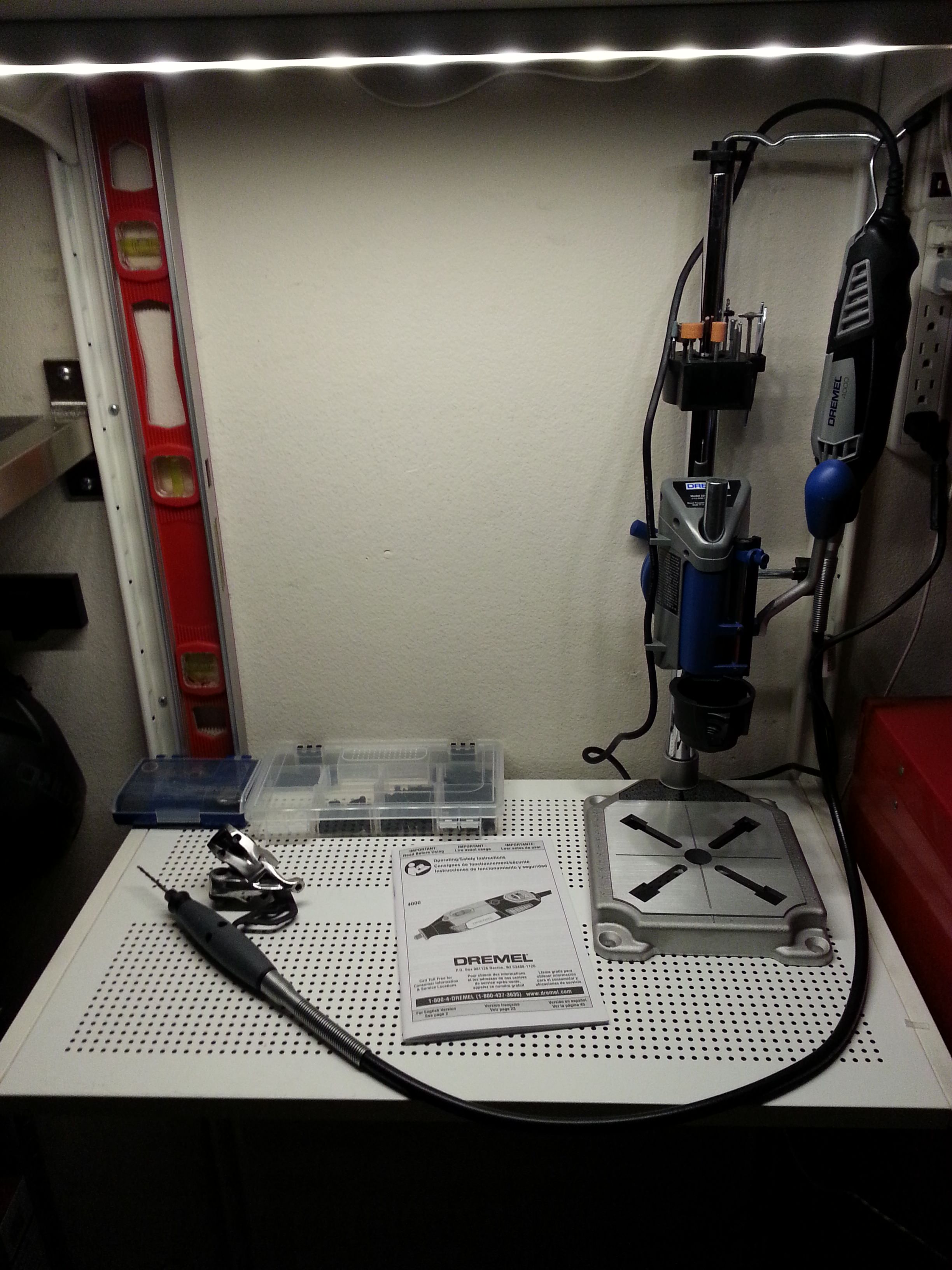 Here is the frame weight. I will probably remove the logos in the future but will leave them on the frame during the build to so others can identify the frame easier. It is a size small. 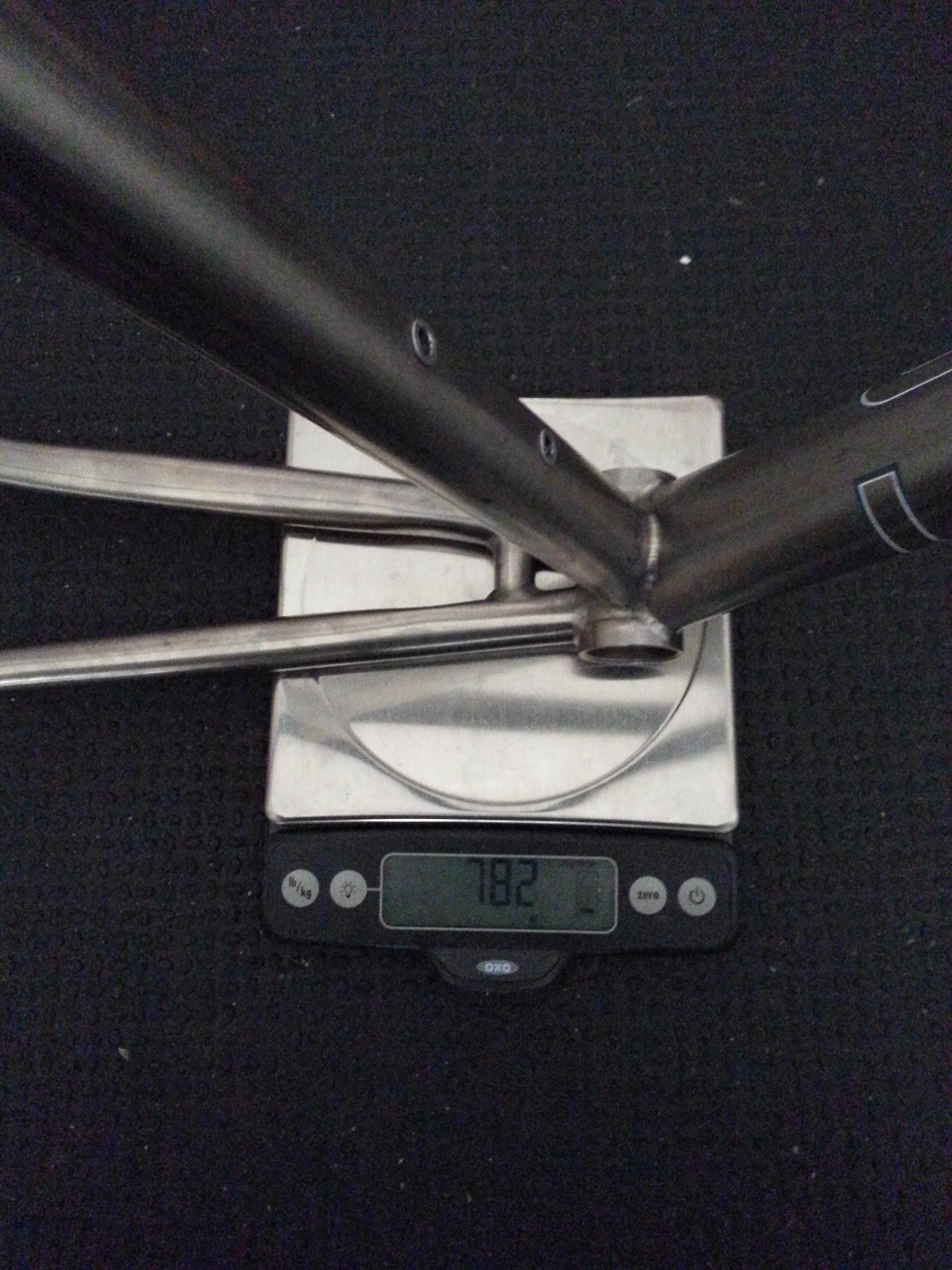 I thought I would start some tuning with some SRAM RED Levers I have. They have been used/retired and they need a nice make over. 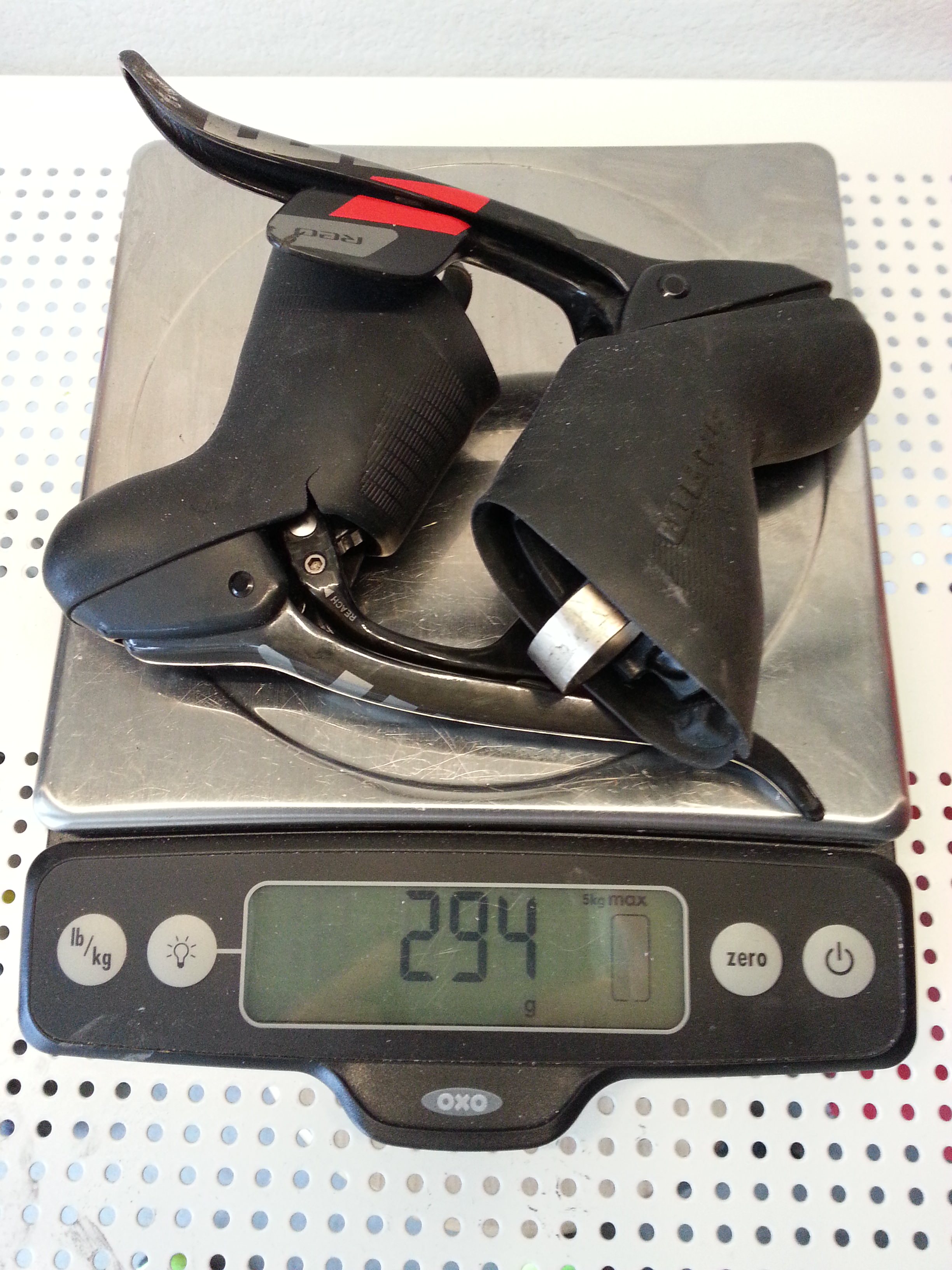 Since this is a 1x10 setup, I went ahead and removed the guts and shift lever from the front set. I also used some BTP hoods (hard to find now) and BTP clamps. I am pretty happy with the outcome as I saved some decent weight. 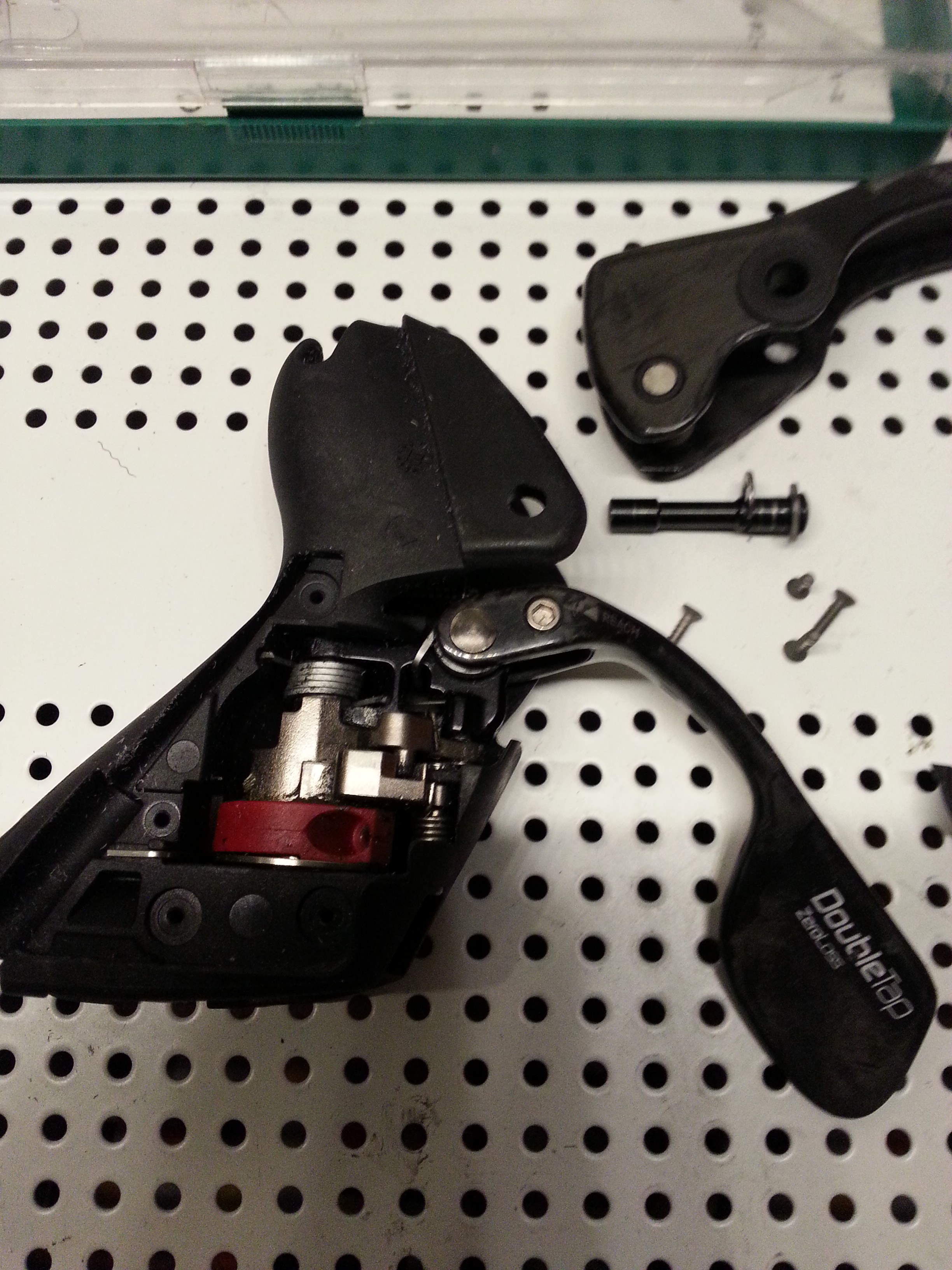 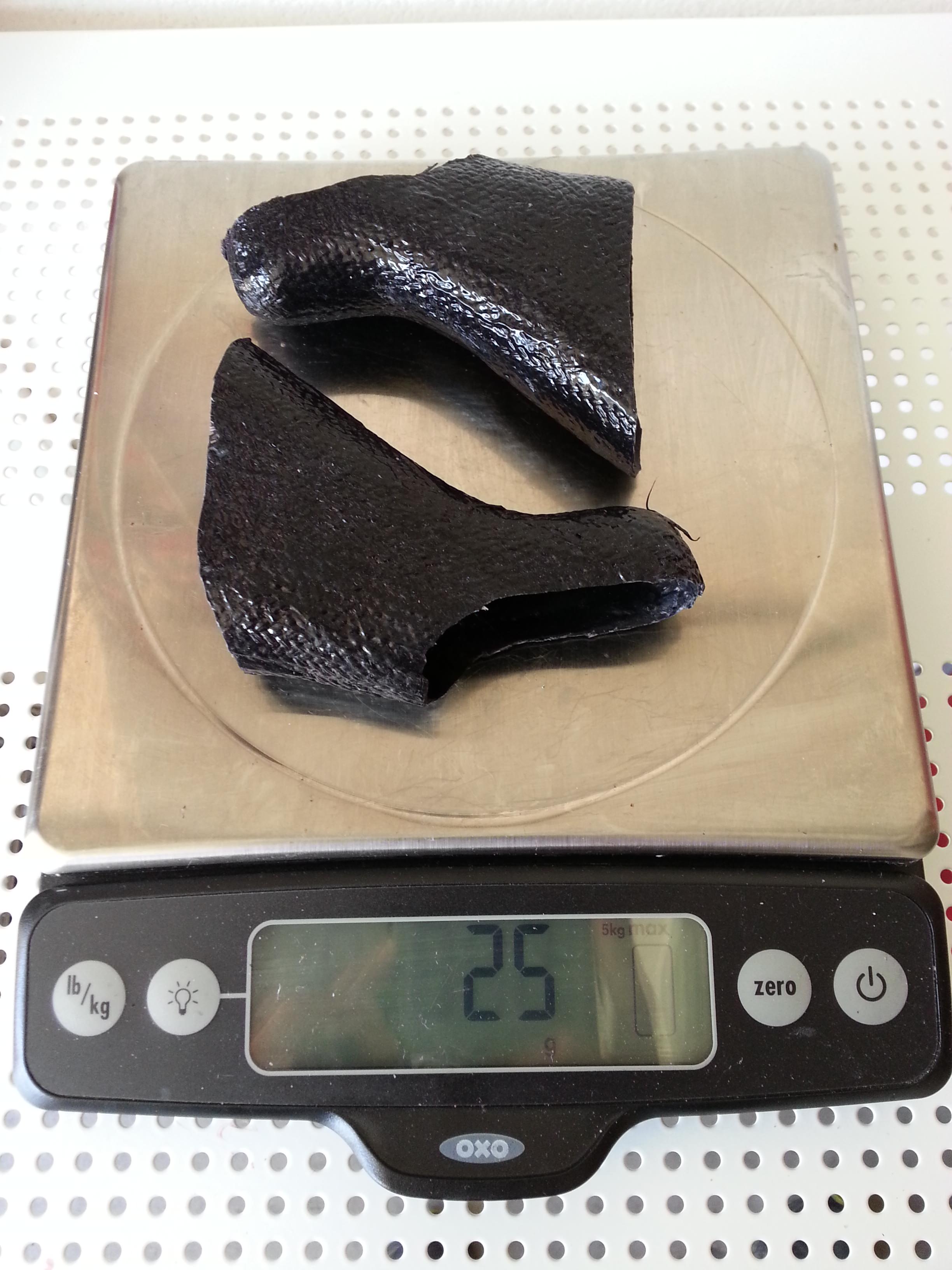 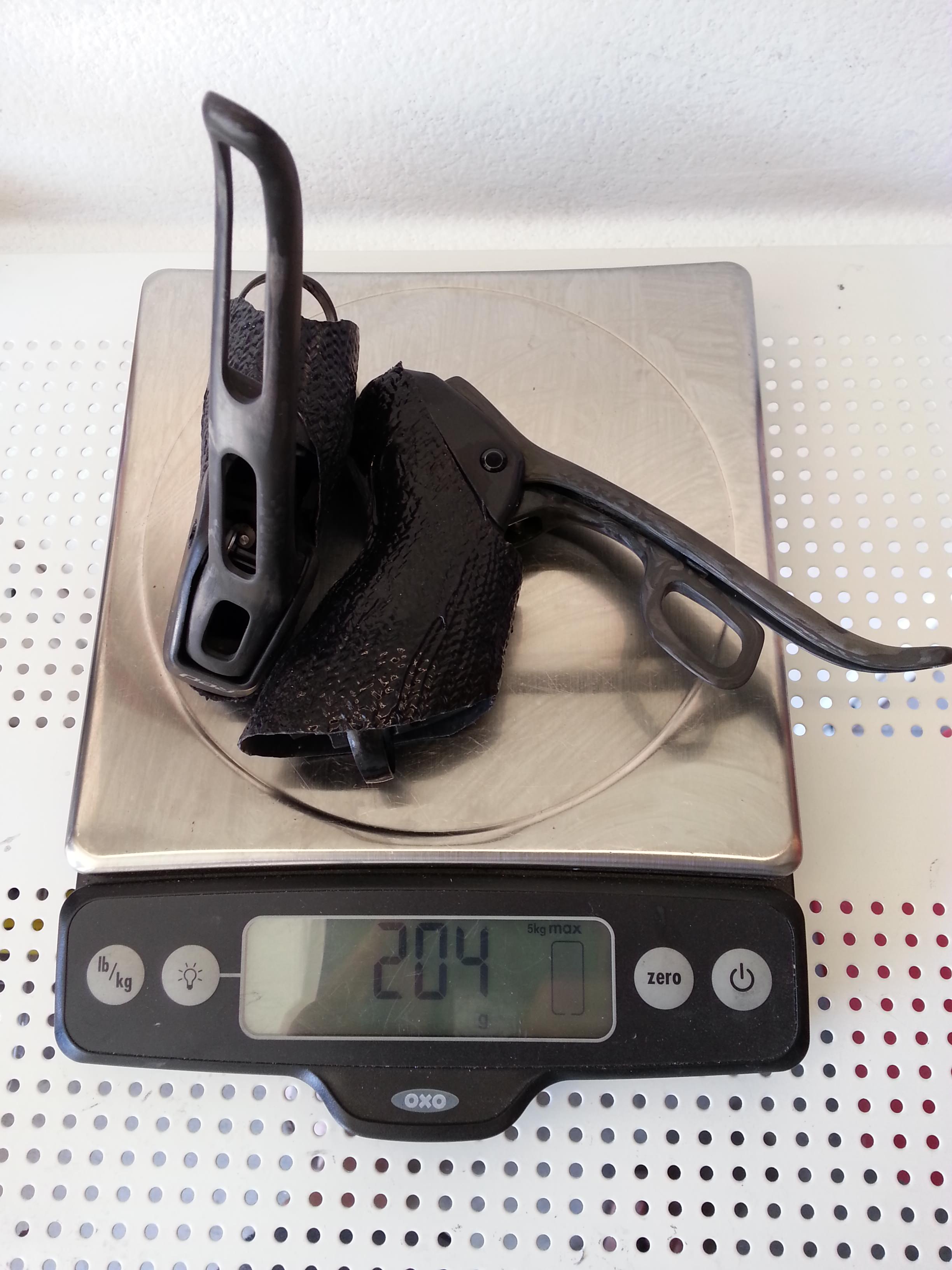 I originally wanted to use a SRAM S900 front lever but in comparison to the SRAM RED it was much heavier as shown below. 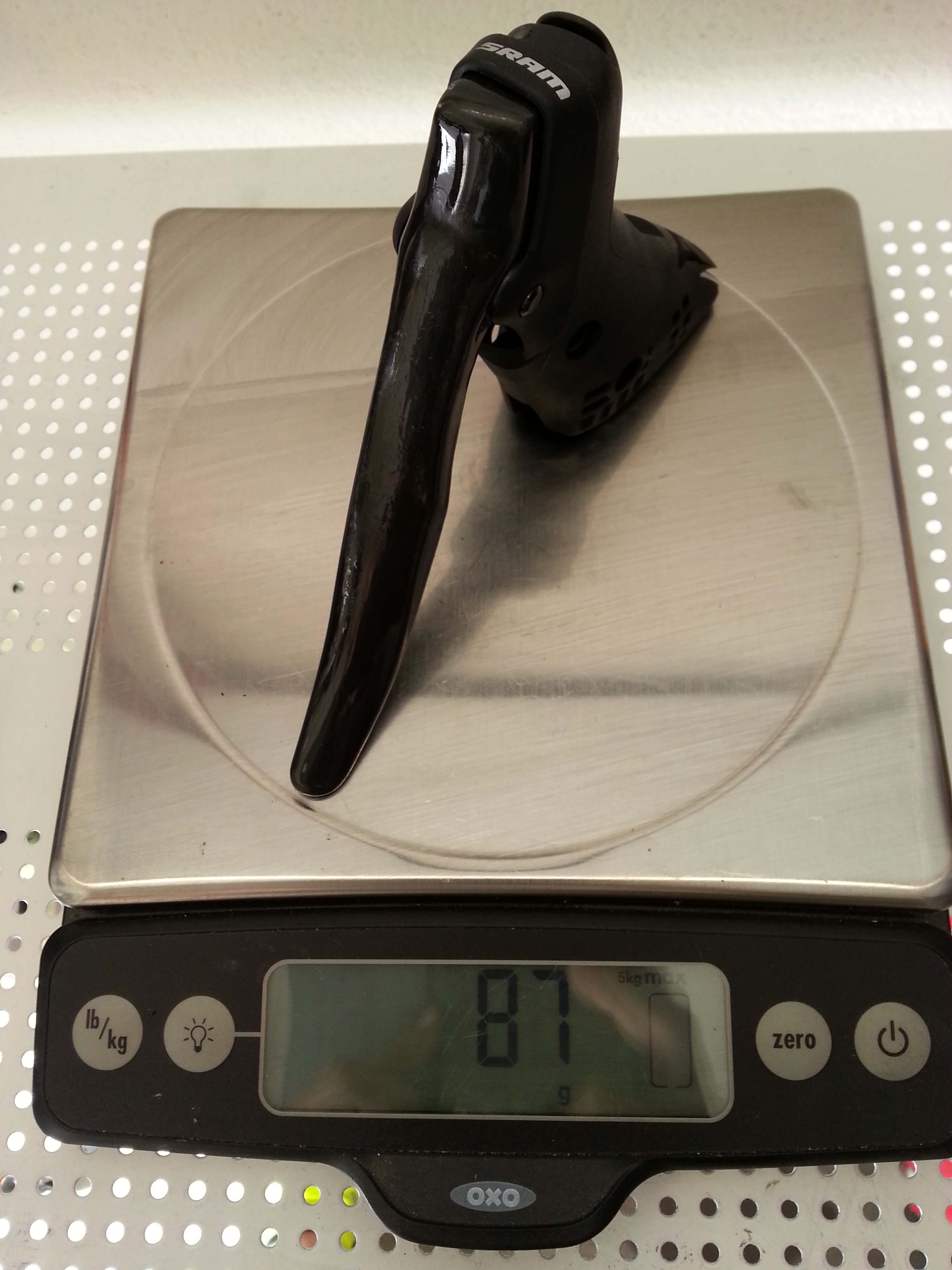 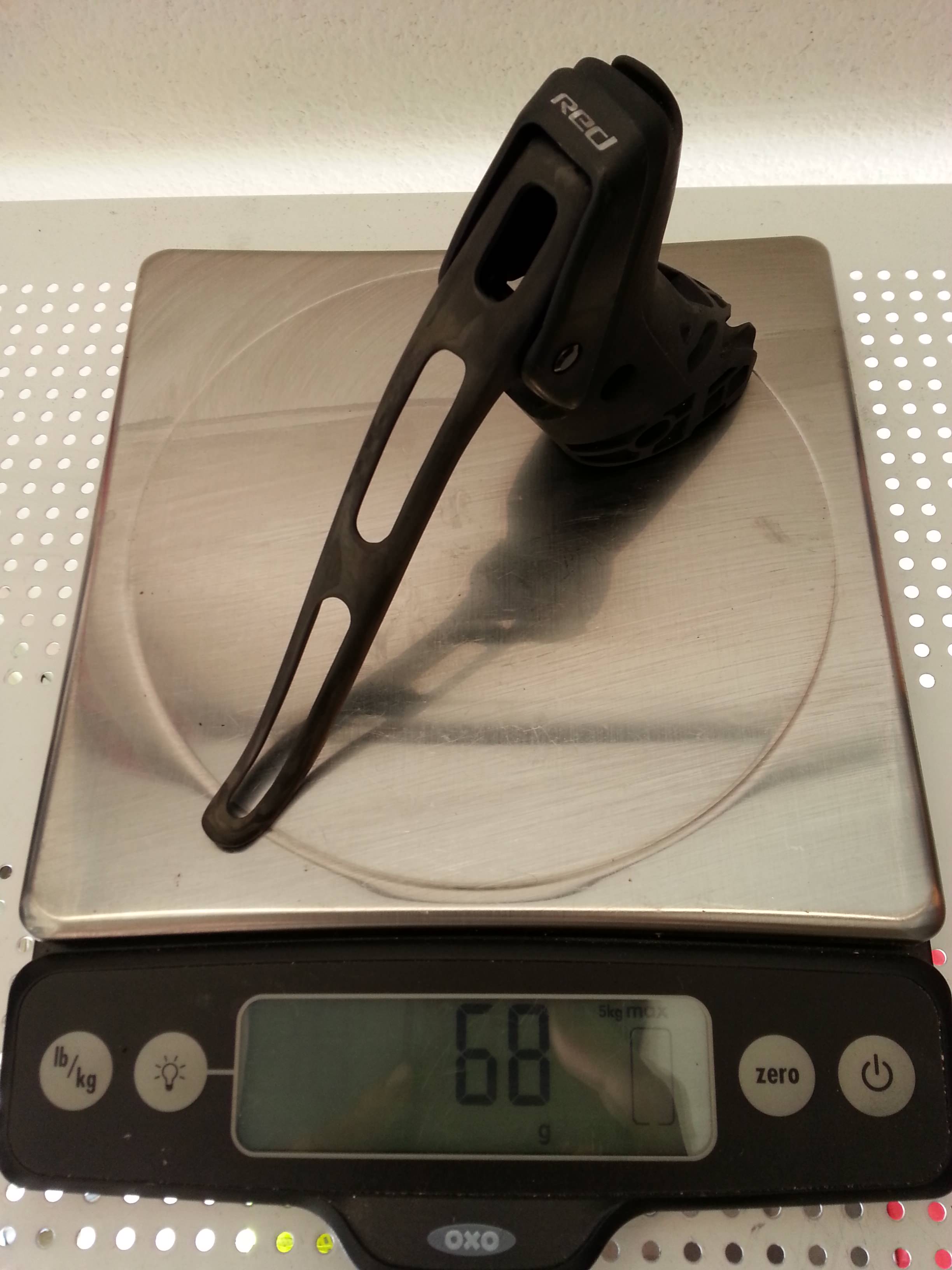 I have always been intrigued by Magnesium rims and have always wanted a set of the American Classic Magnesium Clinchers. They are claimed at around 1160 grams using of course AC hubs with some CxRay spokes. They have been very difficult to find so I have been lurking on Ebay for a long time. I finally found a set and sniped them for $500 usd. 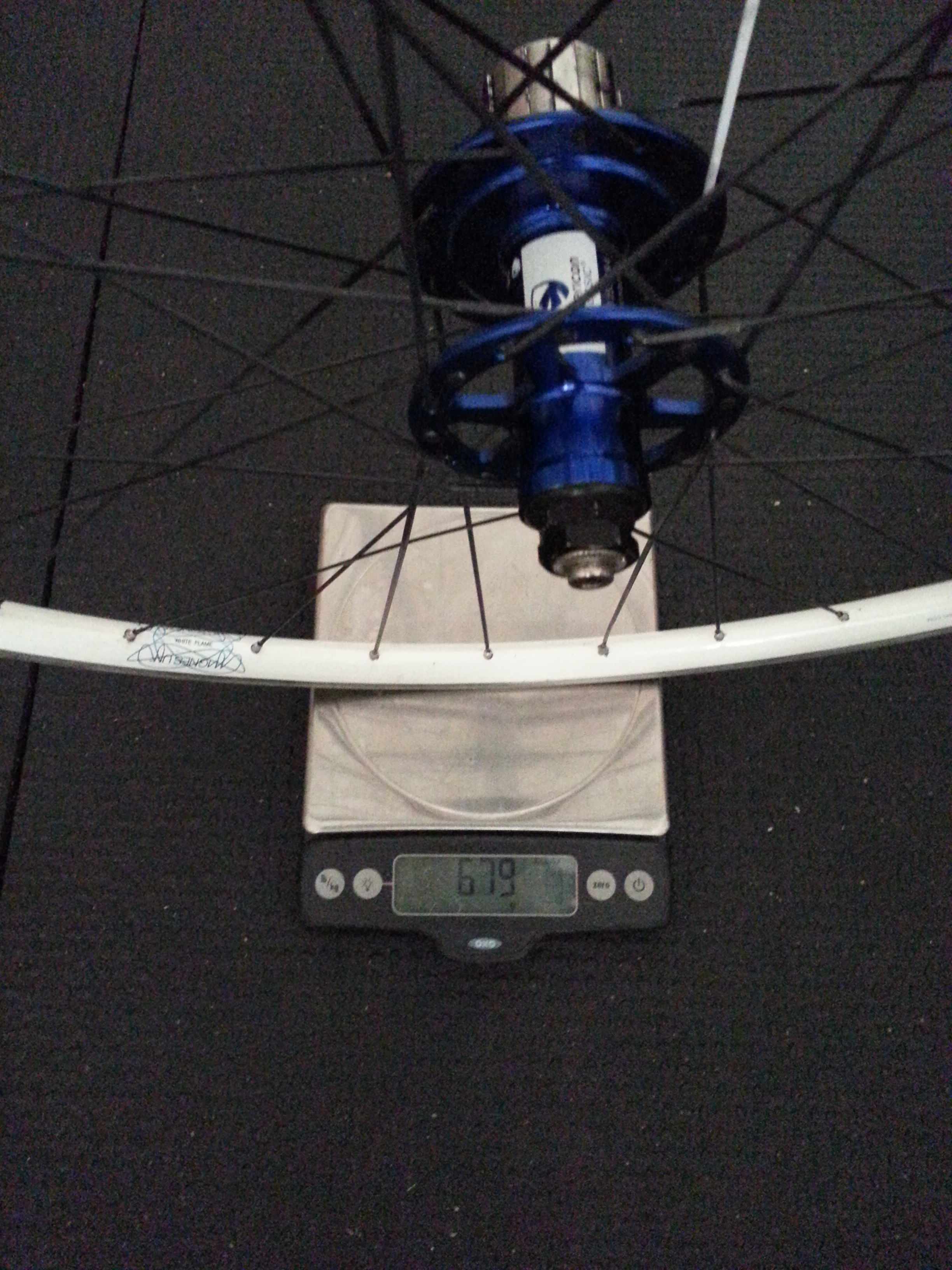 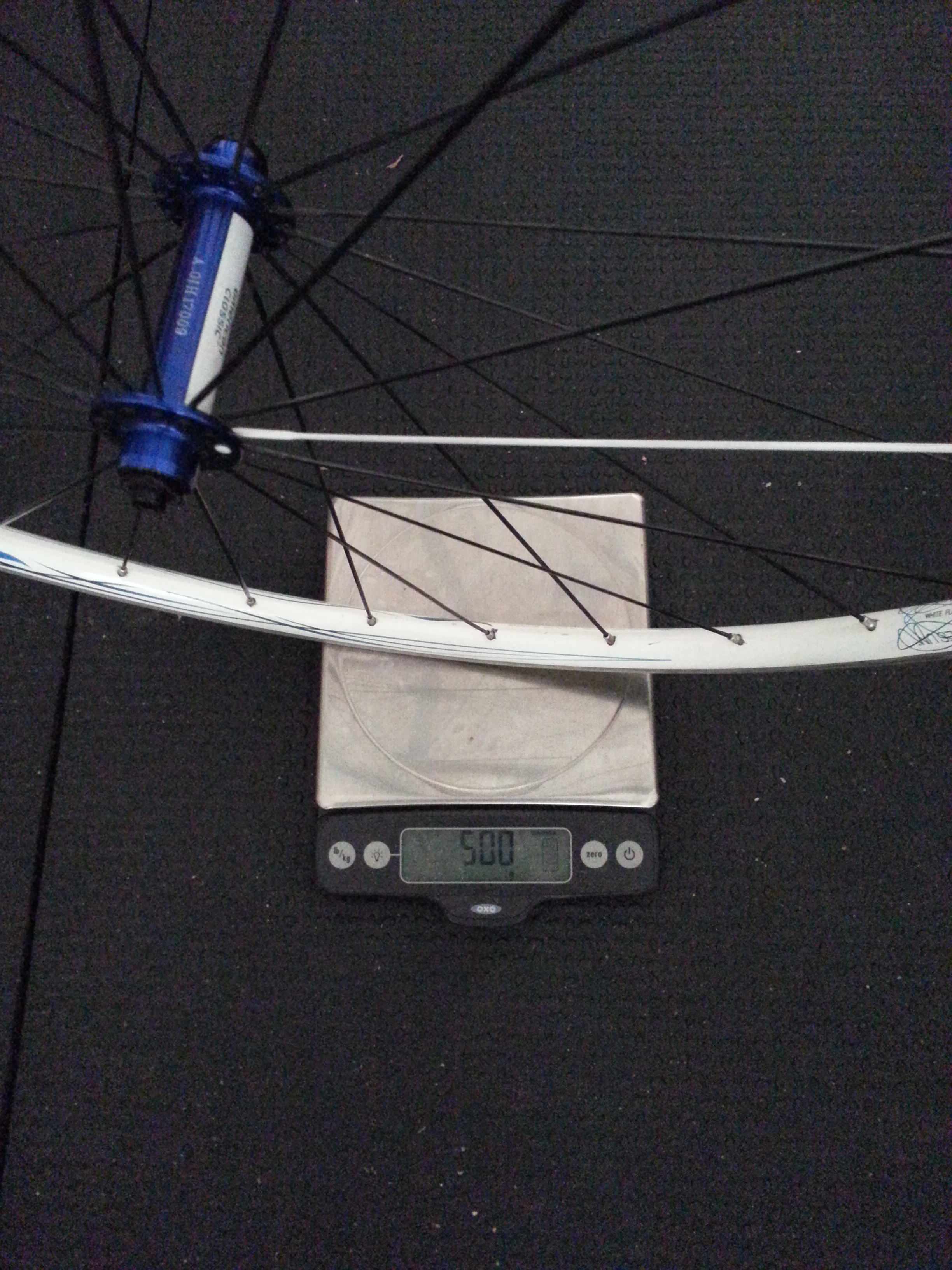 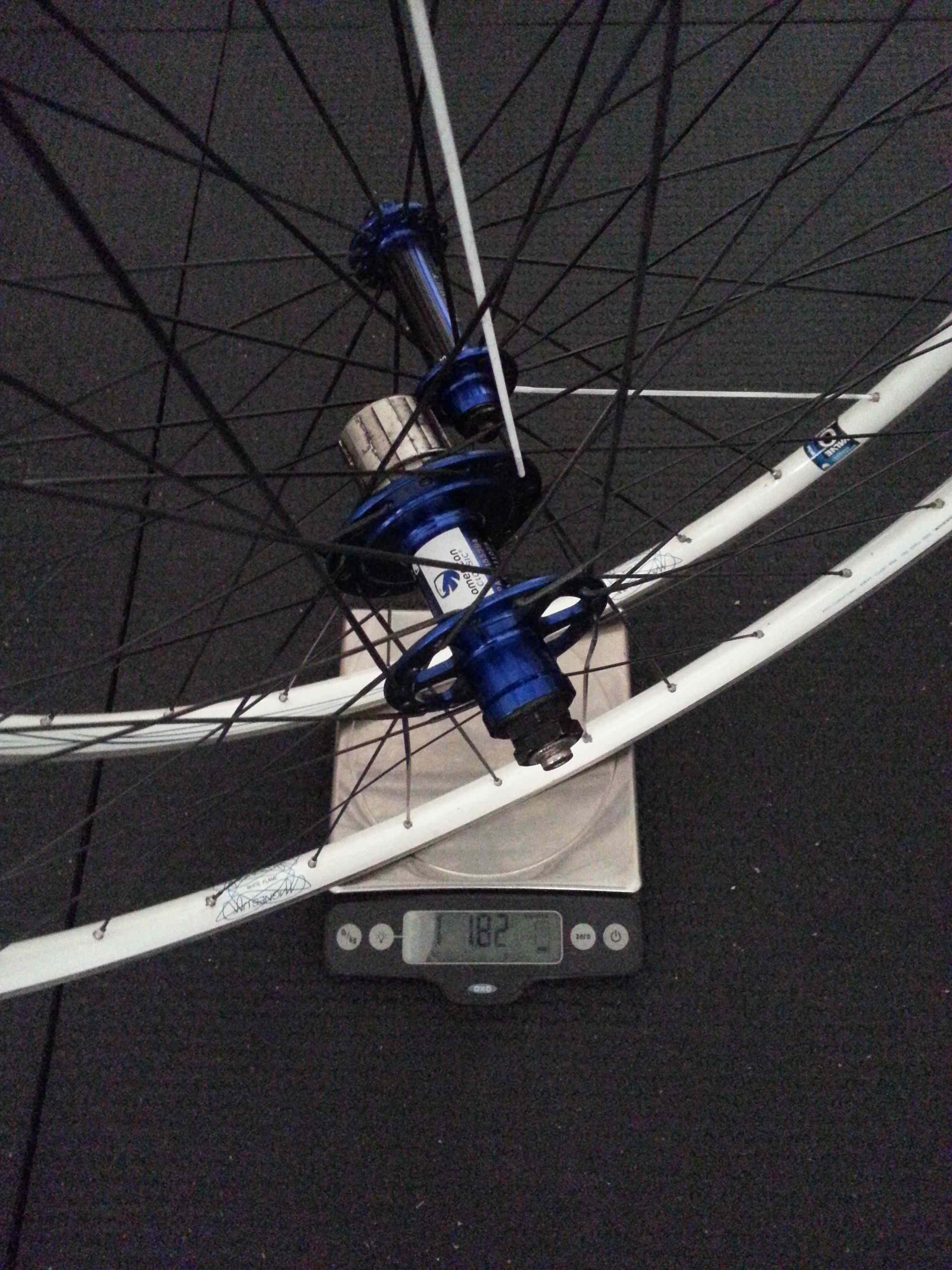 The weight of 1182 grams include some heavy rim tape, some hideous white paint, and Hubs (although ceramic) that are too heavy. I want to build a wheelset like the one Ubergoober built using weight weenie parts. He did an 866 gram clincher build years ago. I want to attempt something similar. This particular wheelset came as 28H x 32H. I just so happen to have and Extralite 28H rear hub. I also have an XXLight 16H front hub (bearings are shot) as well as a brand new M5 Ligfietsen 16H front hub. I will be rebuilding my wheels as a 16H x 28H with Pillar Xtra Lite Titanium spokes. Yes, these wheels will be flimsey and lack stiffness but I dont' care.

I have already broken down the wheelset. The before and after weights for the rims are as follows. 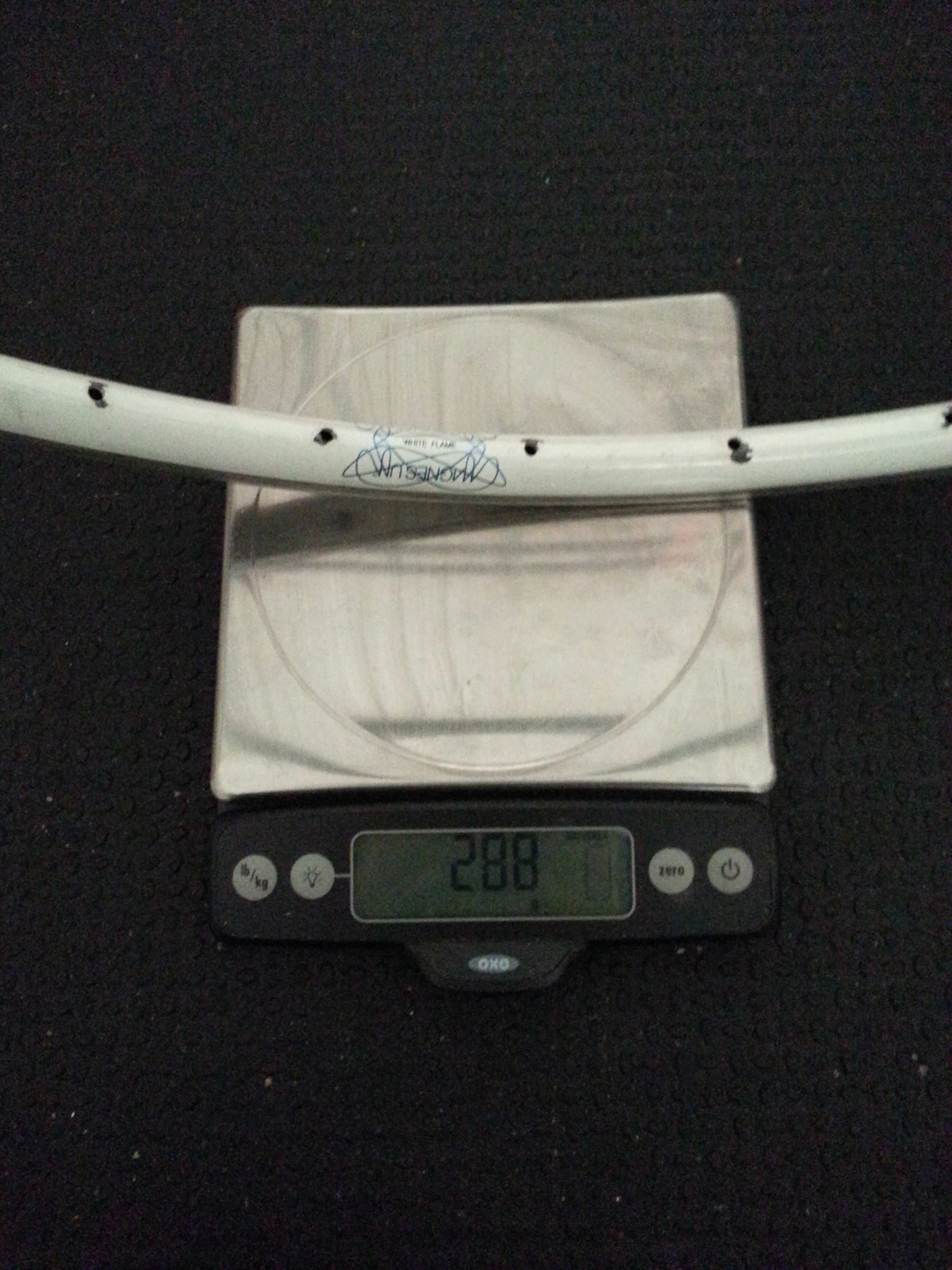 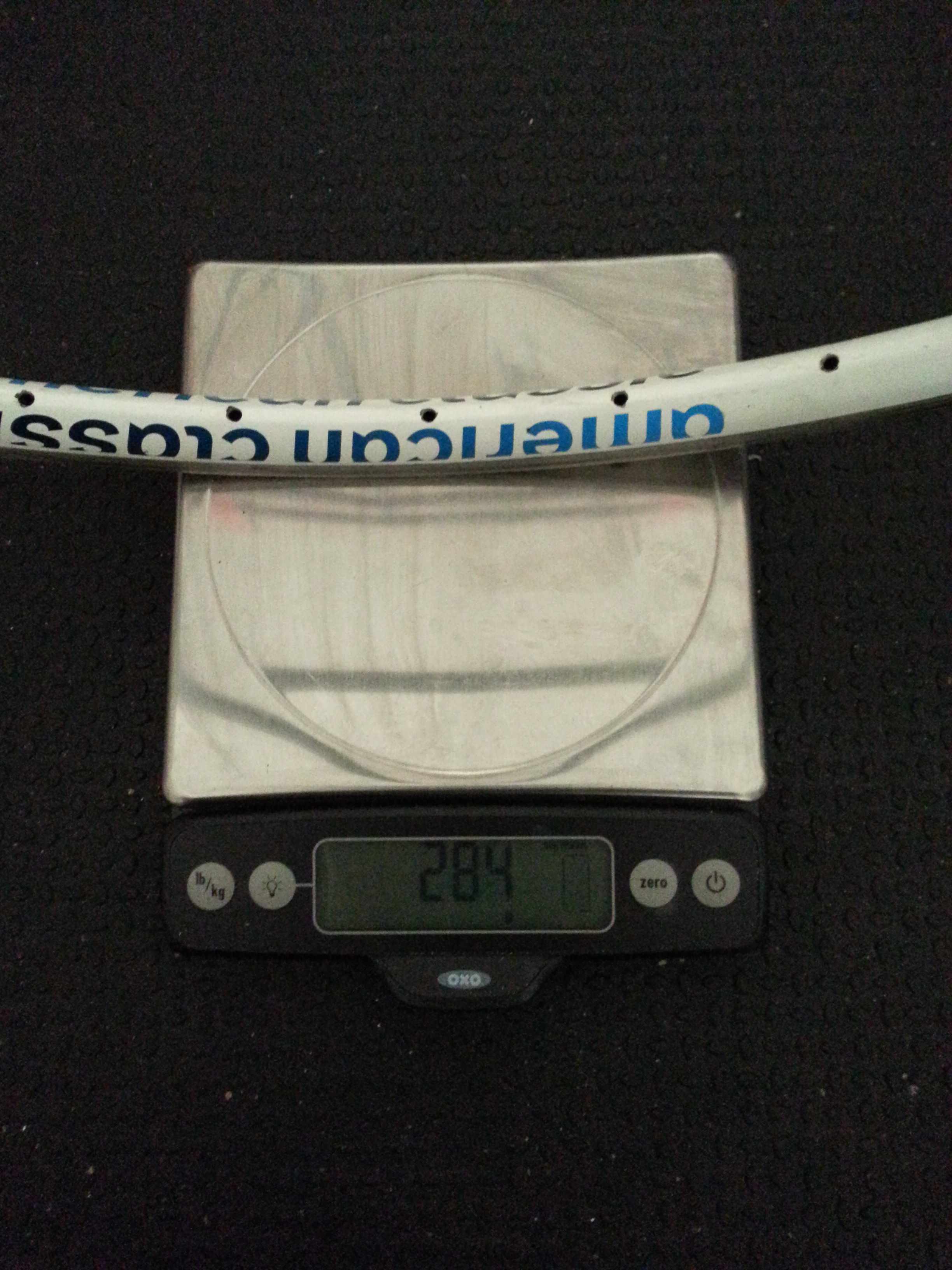 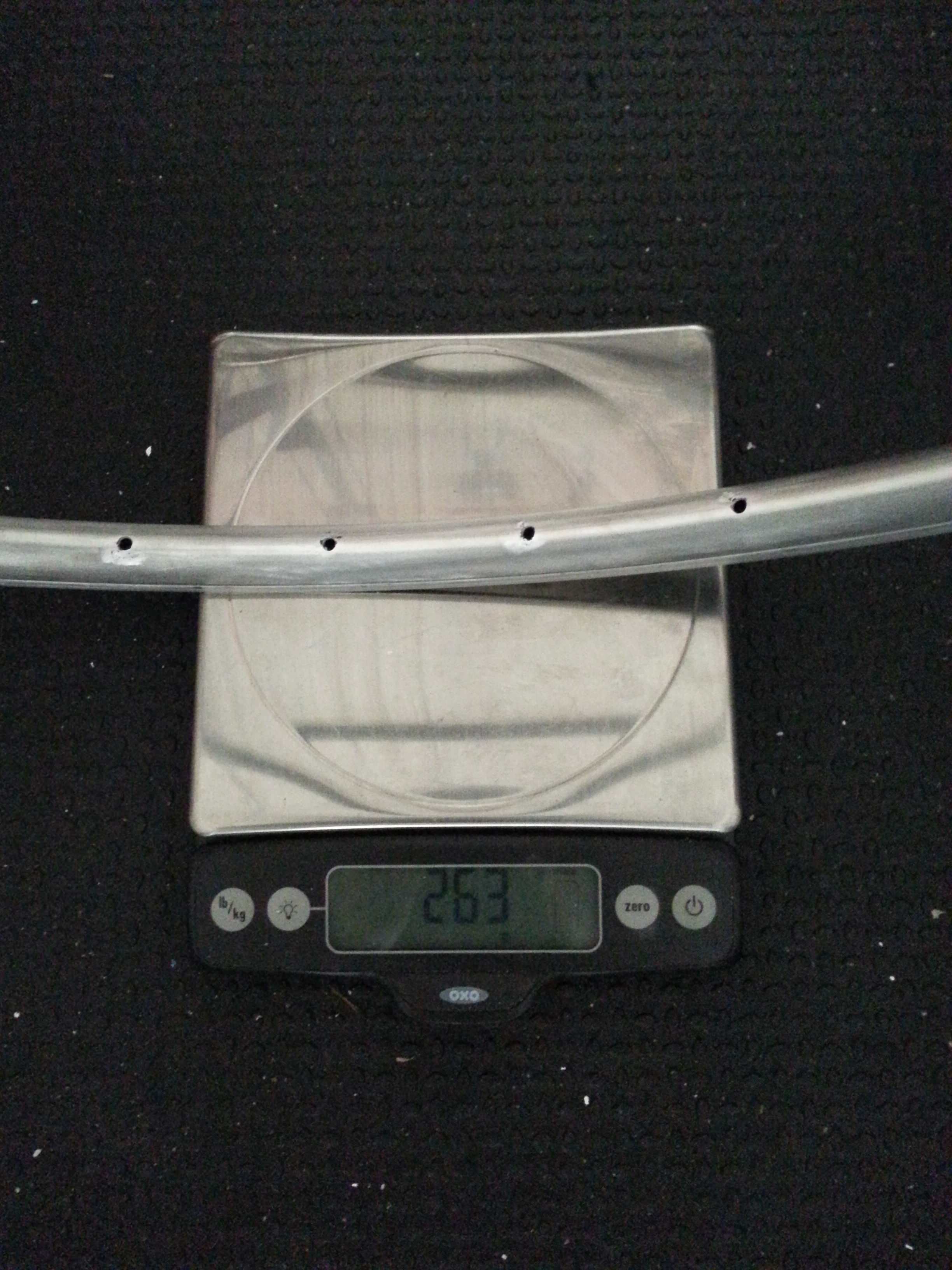 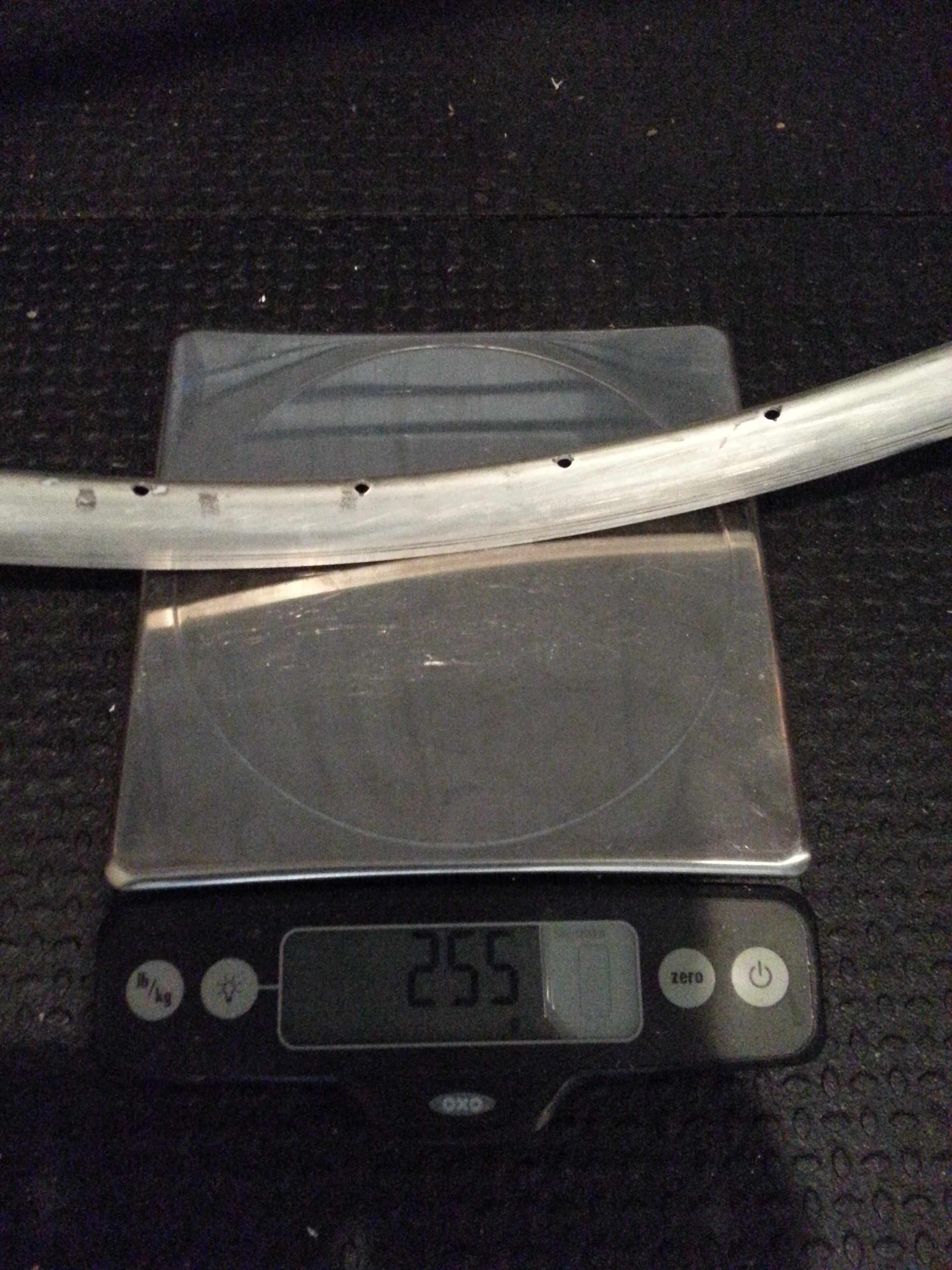 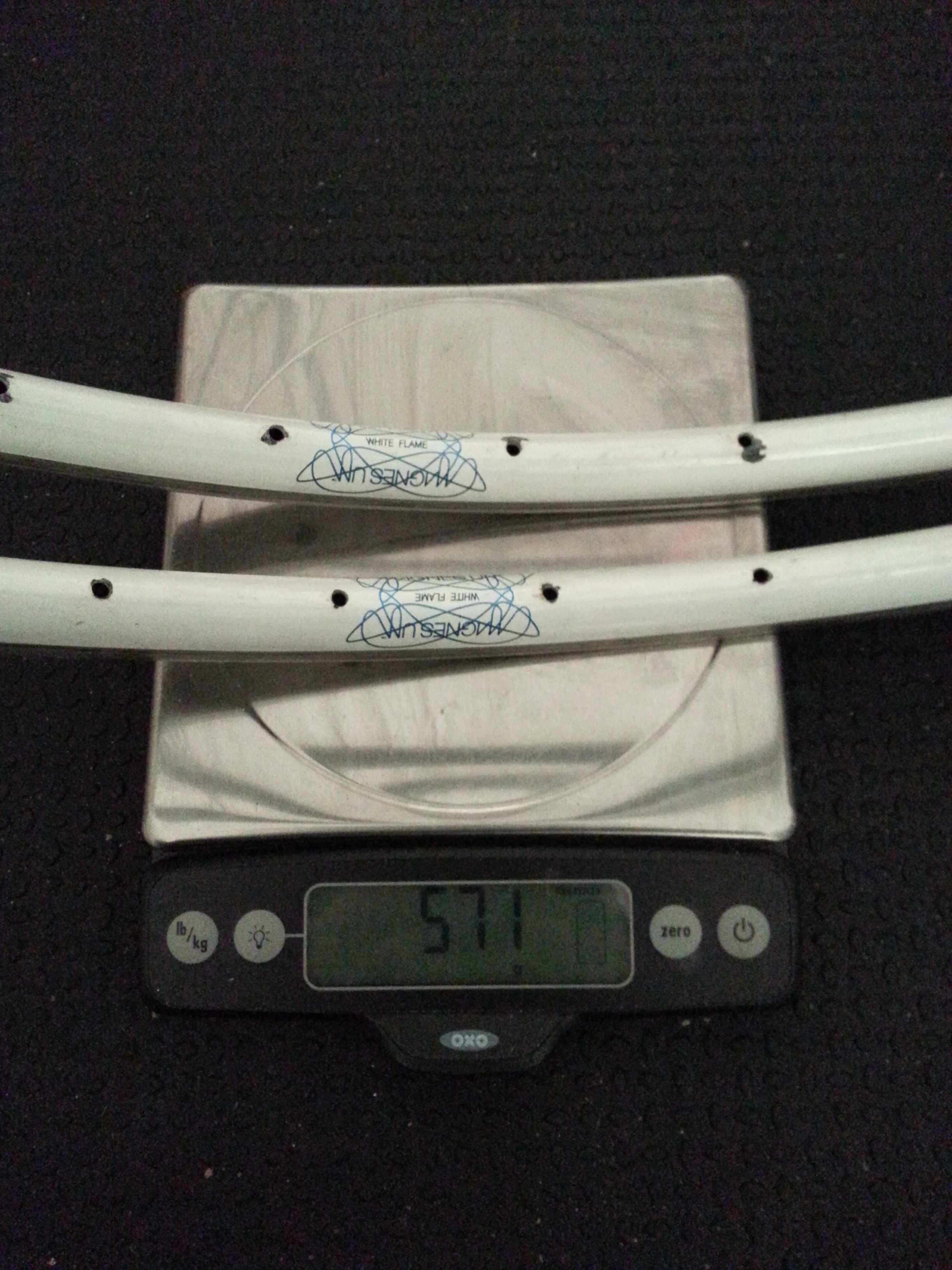 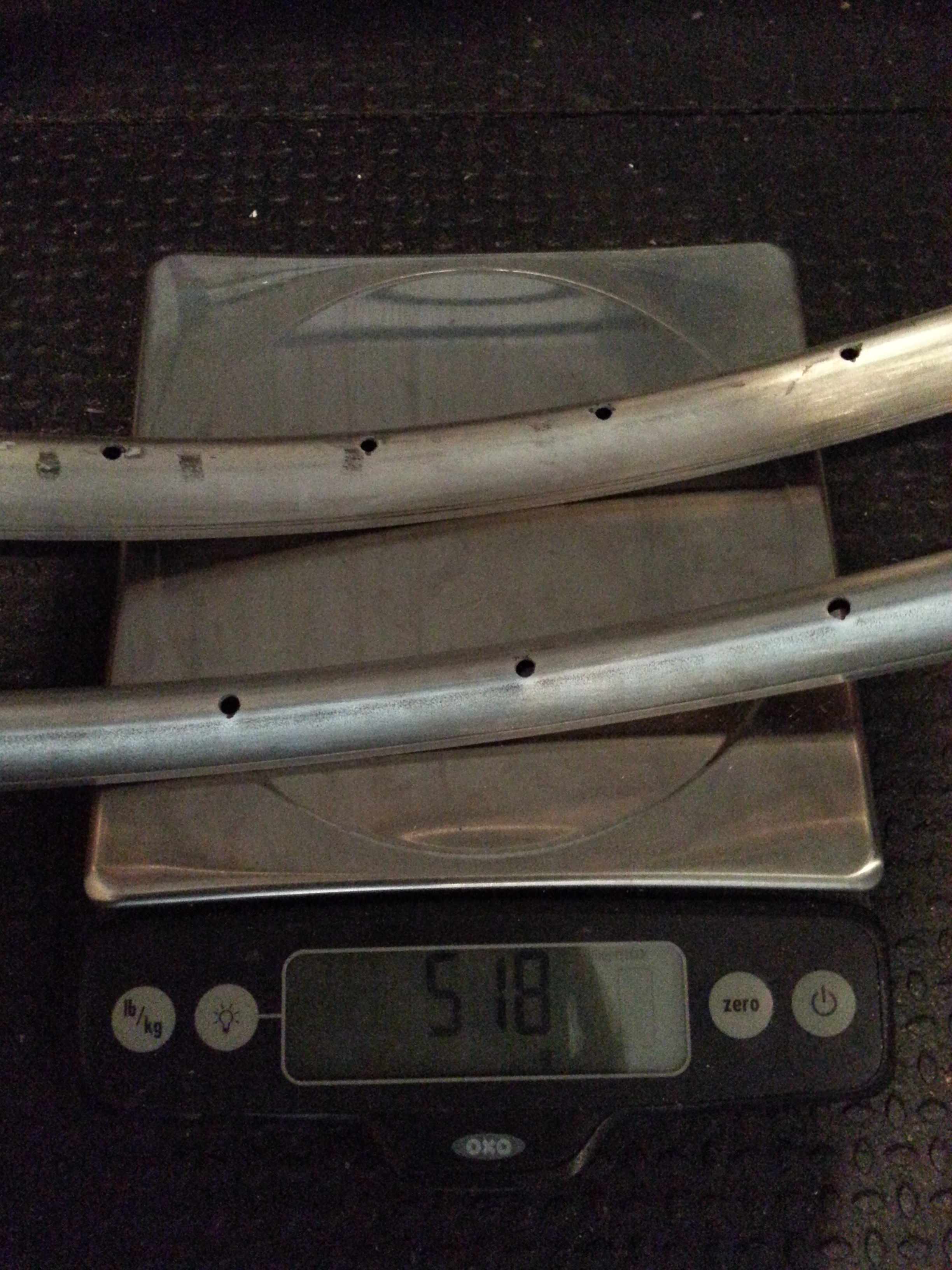 The stripped weight of these Magnesium clincher rims are very respectable. Much lighter than many of the carbon competitors. What is also super cool about using Magnesium rims is I can use Eclipse inner tubes. They are more than half the weight of standard tubes. Unfortunately, you can't use them on carbon rims. 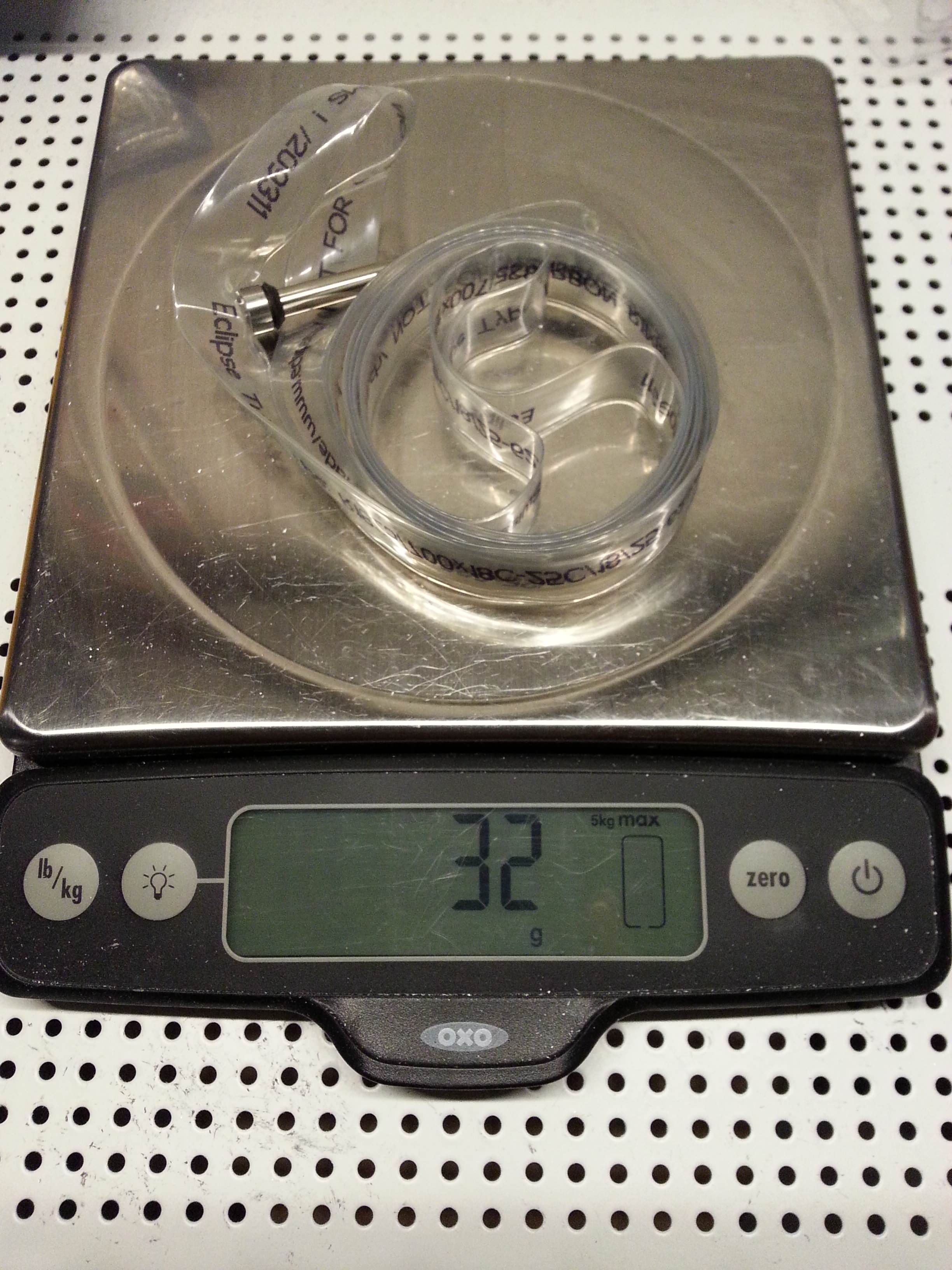 Here is the weight of my 16H M5 front hub. The guy at M5 said that I must use their straight pull version if I want to run radial lacing. The guys at M5 were super cool. They even threw in 2 sets of extra bearings at not cost. One was ceramic, the other was steel. These hubs are wicked light! The bearings are rather small. I left them out so you guys can all see. 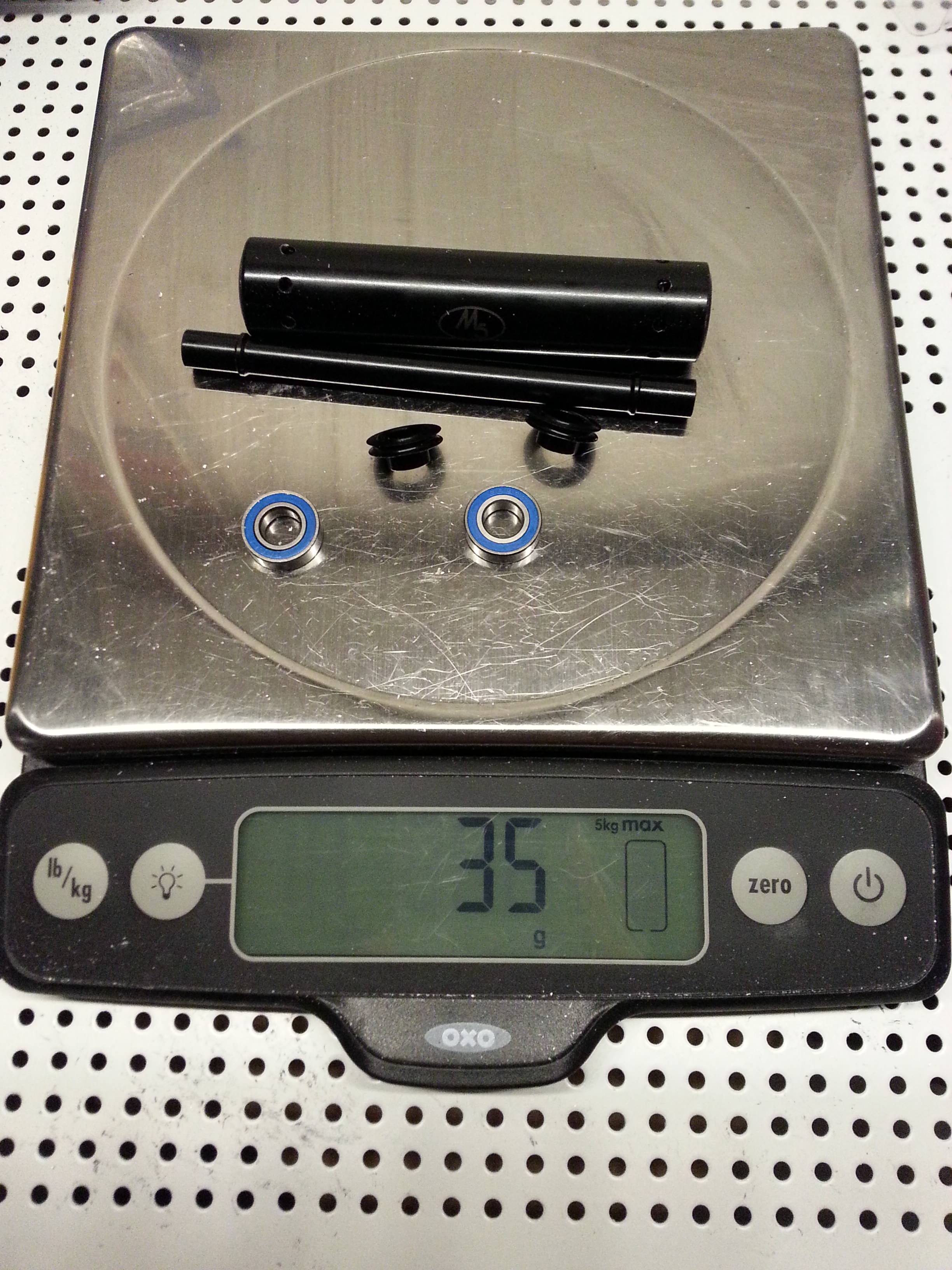 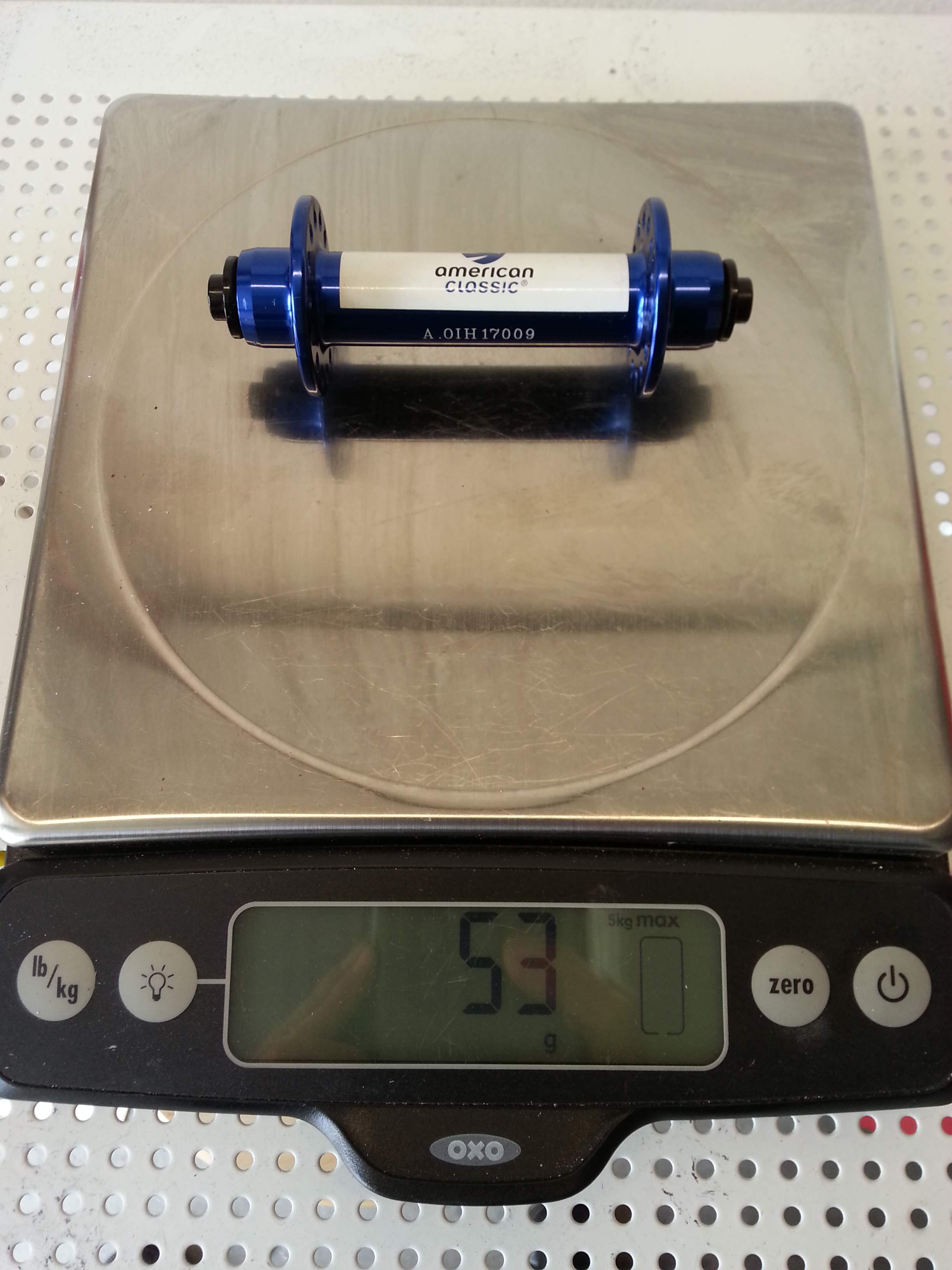 The rear not so much. I will need an Extralite rear hub. 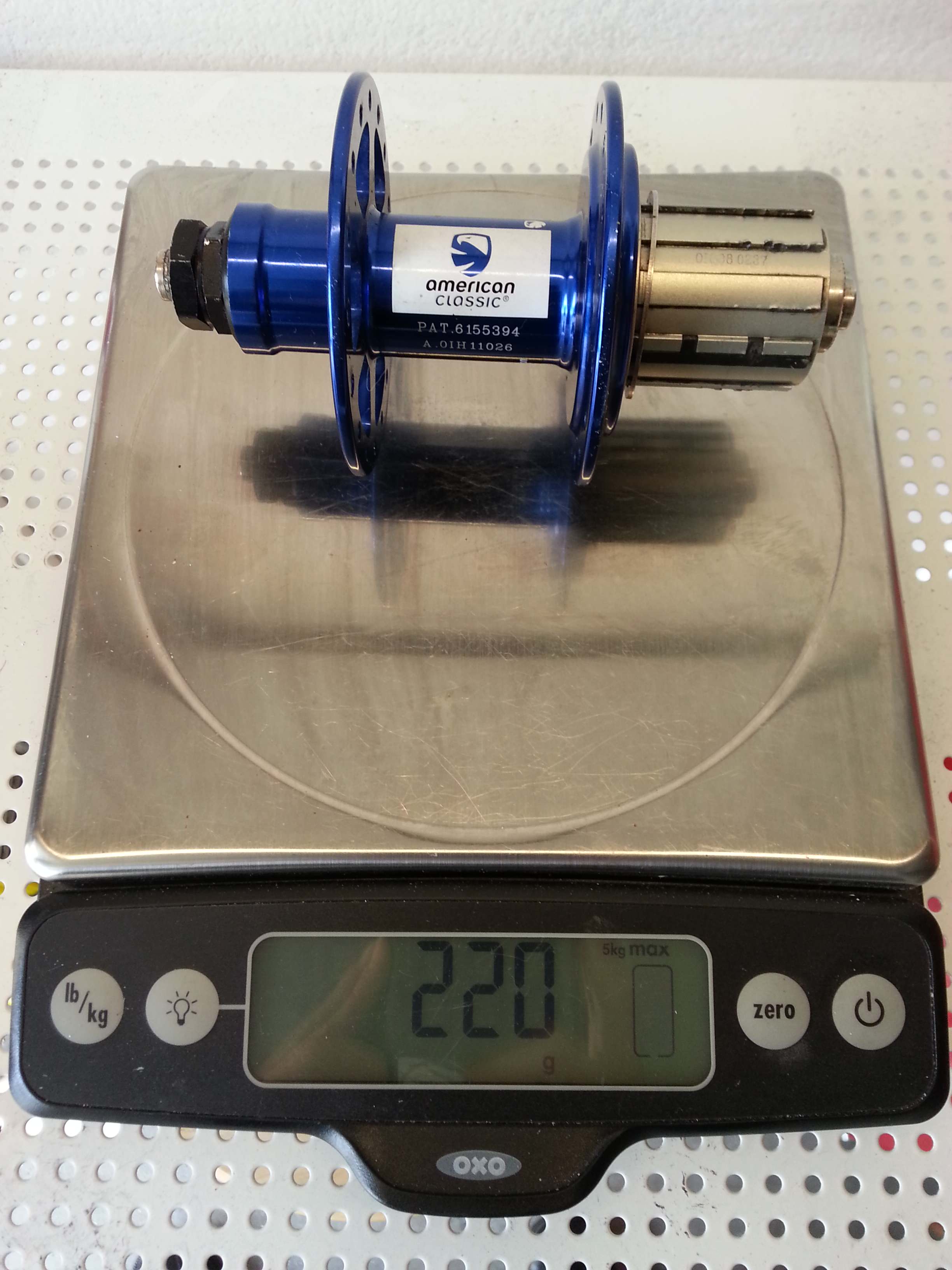 Now, what can I do with this crashed/jacked up rear derailleur? It will also need a nice make over. 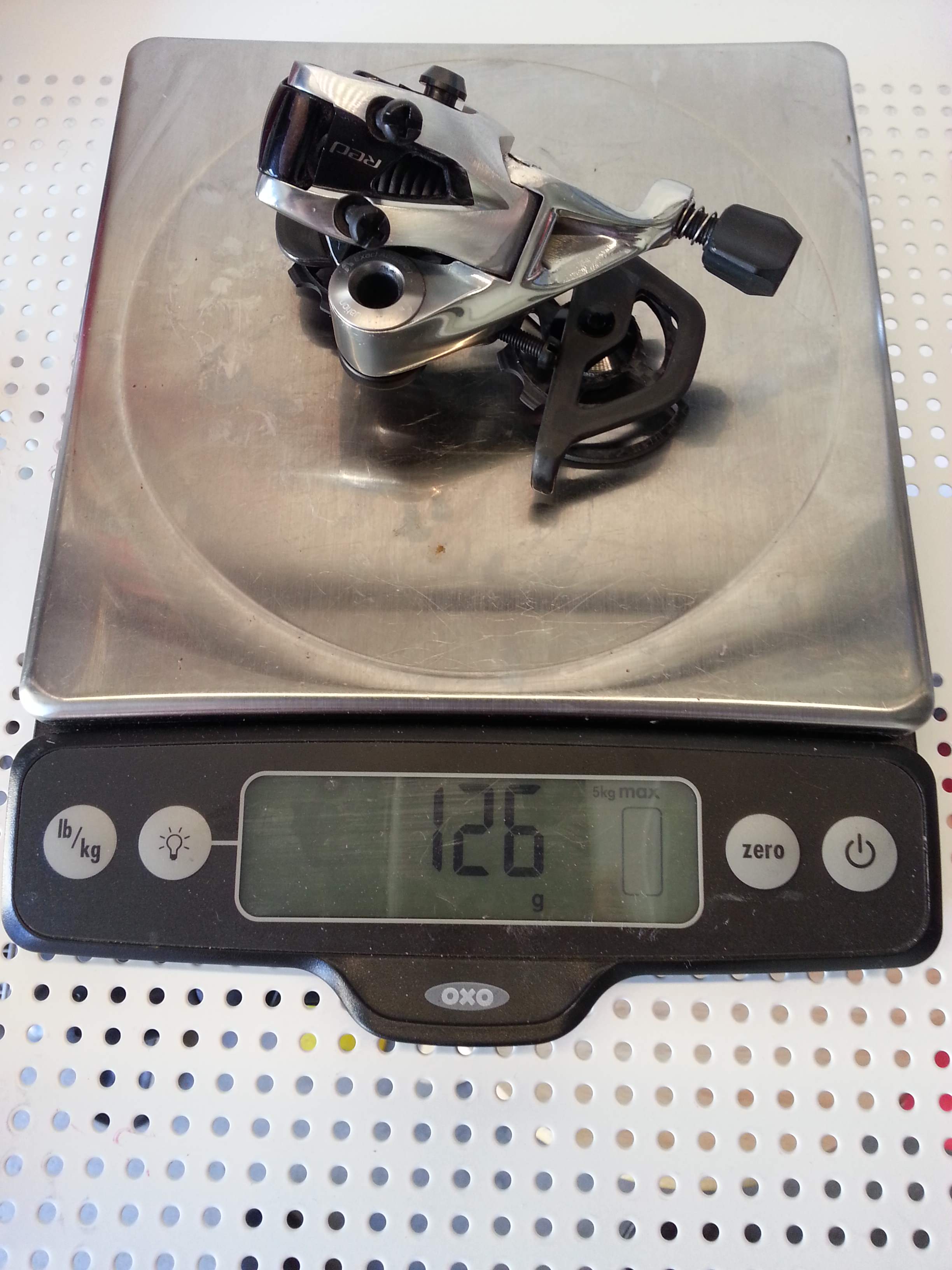 This is absolutely amazing. Keep up the great documentation and photos. How noodly is the frame if you have ridden it before?
Top

I once rode a 2005 version which was lighter than this one. It had the curved seat stays. That one flexed quite a bit. Litespeed's final version in 2009 is a little heavier but much stiffer. This is a size small frame and I am not a very big person. I did feel some flex when using this frame with Reynolds RZR wheels. However, that may be an issue with the wheelset rather than the frame. RyanH talks about it in his Cervelo R5CA thread. The flex was not noticeable when using Fulcrum Zero wheels.

Let's hope 35g hub's and magnesium rims are better suited for the frame than RZR's then. Even if it isn't I still think the combination of the two metals is too cool to miss out on.
Top