2020 LATEST: Click pic below to take you to the latest updates... 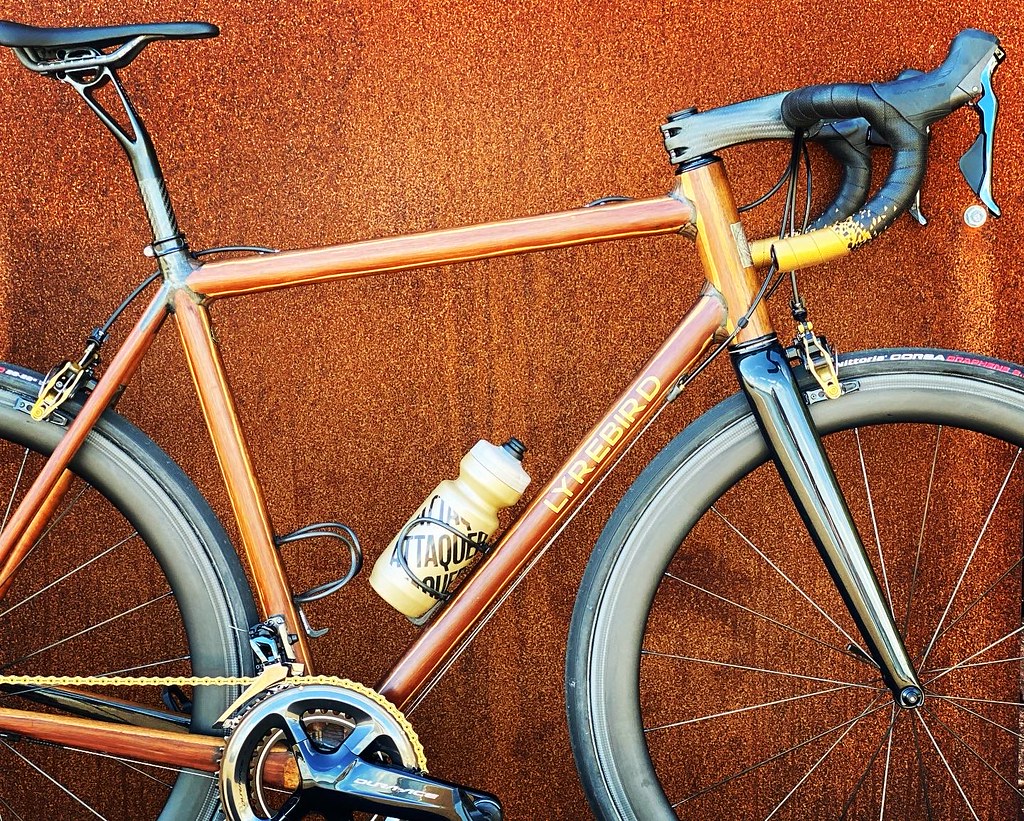 Thought it was about time to share this - 6.8kg and made from hardwood:

Pic of the tube construction: 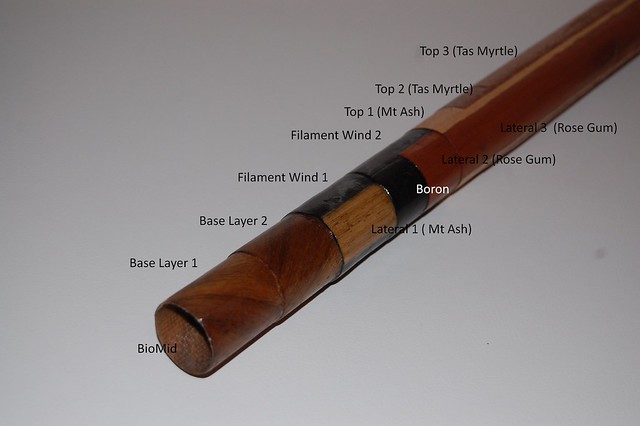 This one has copper strips between some of those layers which serve as the Di2 'wiring'.

More another time...
Last edited by RichTheRoadie on Fri Oct 30, 2020 5:04 am, edited 4 times in total.
Instagrammary
Current Weapon of Choice
My bikes over the years...
Top

For a wooden bike I like it, best I've seen so far...
Top

Nice!
What the weight of the frame and what's you use to joint tubes?

Frame weight is 1450g, but the guy who builds them is hoping to get that down for future iterations (this is only the fifth frame he's built, and I also have the second one - which weighs the same despite the steel chain stays).

The tubes have carbon fibre join - the details of which I am not entirely clear on. The way these joins are finished on this one is quite cool (they were intended to replicate the tail of a wooden speedboat), which I will try to show more clearly when I get some decent pics done.

Geoff wrote:Ok, that's nice. Can you post a pic with the Di2 'wiring'?

Again, I will try to show more clearly when I get some decent pics done. In the meantime, this is the copper 'wiring' being added during the frame finishing (there's some evidence of the join finish visible around the BB here): 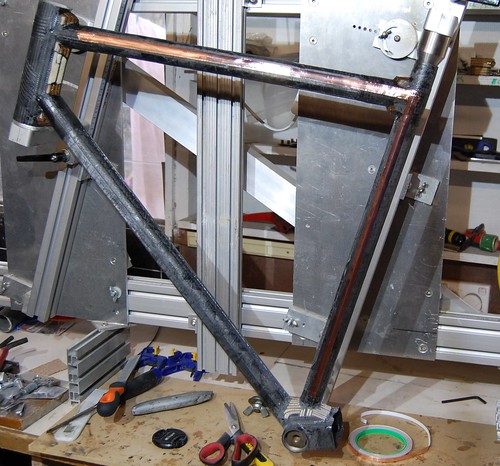 That is about as cool as it gets. Great work.
Top

Now with branding and a few build changes:

Wow! That bartape goes perfectly with the frame color. That is a really beautiful build. Congrats!

What cable housing is that? It seems to match the frame very well.

RichTheRoadie wrote:This one has copper strips between some of those layers which serve as the Di2 'wiring'.

I can see how this would work, but honestly mate I thought you were taking the piss. Then I scrolled down…

That is just freakin’ brilliant!

Wonder if we’ll ever see this in carbon fibre layups?

Mom: He was very sickly until he started riding around on that bicycle.
Dad: Yeah... well... now his body’s fine, but his mind is gone.
Top

Stunning bike ! Does it sound like a lyrebird as well?
Chains to the right!
Top

any more info on the handlebar? can't seem to find much info on zipp model, make,..
But I could be wrong
Top

Wow that looks really nice, I would be interested in seeing a lot more closeup pictures! And how does it ride ? Congratulations again, it is pretty unique!
Patrick
Bike : http://weightweenies.starbike.com/forum/viewtopic.php?f=10&t=129586
Top

This bike is insane. How is the bb and ht stiffness?
Top

Blindfolded, you wouldn't know you weren't on a production race bike.
Instagrammary
Current Weapon of Choice
My bikes over the years...
Top
Post Reply
43 posts