Let's hope he's out riding and not scurrying around for the right cable housing ferrule or all those other small details that drive one mad after receiving a new frame.
How about PowerCordz Swift? Seems like it could be a sweet setup. Not sure about how it matches up with the internal routing and guides on the Vial EVO. The Swift setup also need a bit more feedback in general so we can compare it to iLinks or Bungarus
Last edited by jvanv8 on Fri Jun 27, 2014 2:50 pm, edited 1 time in total.
AX Vial Evo: 4970g
Addict SL : 5235g
My Cycling Blog
Strava: Wayward Cyclist
Top

Cheers guys, sorry for my absence: I had been on vacation.

- We are indeed very happy about the Roadbike test as well. Whilst we of course already have been in the know about the properties of the frame (and bike) as for conducting "construction accompanying lab (and road) tests" ourselves, it still is very nice and reassuring to have these confirmed by a mag as well.

The wording of the test has been way better than expected though so was the gap to the next best frame or bike in their ranking.

- There will be a test in Tour-Magazin over the winter as well. Here we would prefer to have a comparative test rather than an individual test as this eases comparisons (for the reader) and as we of course are open to face the competition.


- The reasoning behind the eventual repositioning of the cable guides is actually quite simple: The renderings have only been meant as a guideline to literally have a picture of the appearance. In practice it would not have been an option to have the guides on the outside there as we have UHM (ultra high modulus) reinforcement stripes along the outside of the downtube. These are easily identifiable through the clear coat (as said the frame has a very technical appearance and you can easily distinguish each (external) layer, stripe or reinforcement). If we would have placed the cable guides there, we would have had to cut the fibers which would have rendered them practically useless. Also as a side-effect: With the cable guides on top of the downtube we arguably achieve better aerodynamics as well.
The housing entry accomodates standard shifting housing, 4mm in diameter, without end caps as these are already incorporated into the guides. Guides for an Di2 electronic group are included as well.


- Lastly as followed and promised pics of my personal bike to be featured in the upcoming 'Schwalbe Tour Transalp' alongside Gerrit Glomser (AT). Also on VIAL evo Team bikes: Bart Bury (BL) and Bart Vrolijkx (BL). 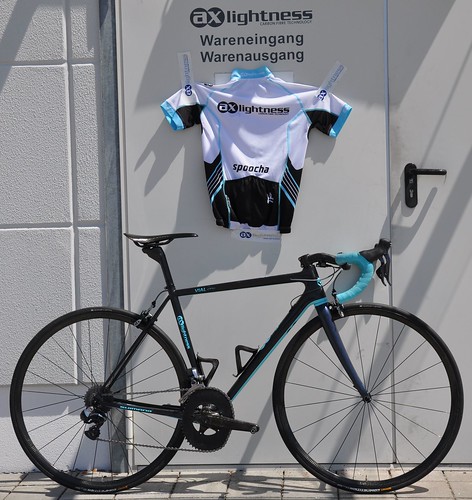 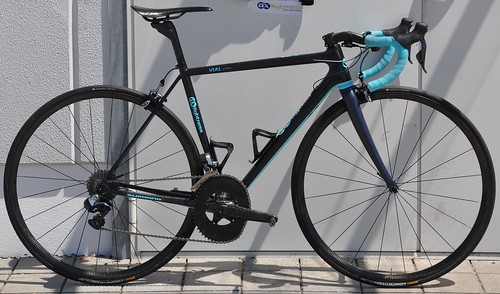 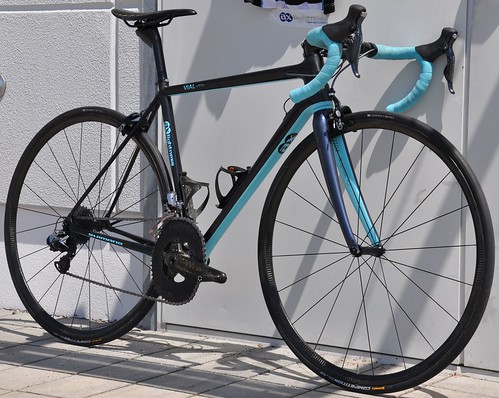 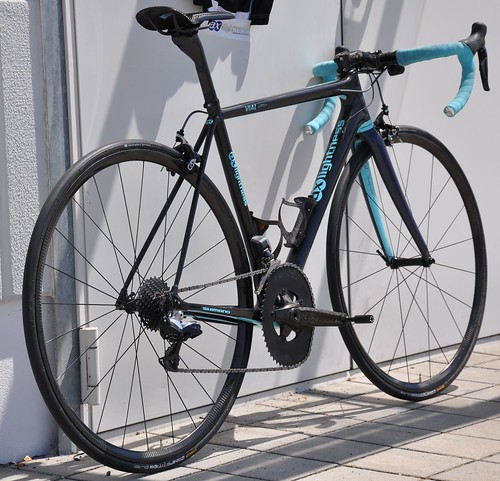 I'm not feeling good right now... That's one HELL OF A BIKE!
Top

Thanks (I can confirm it rides just as nicely as well - still waiting for some more independent reviews/feedback though). 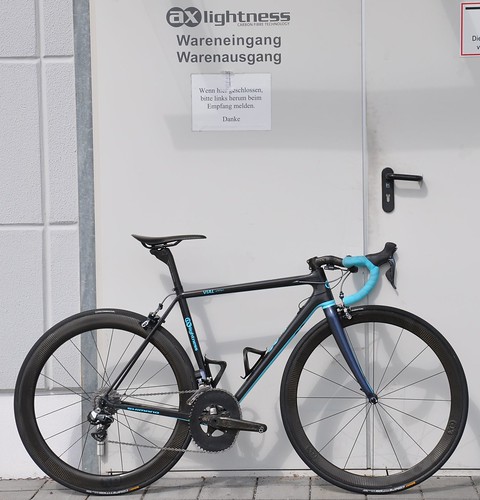 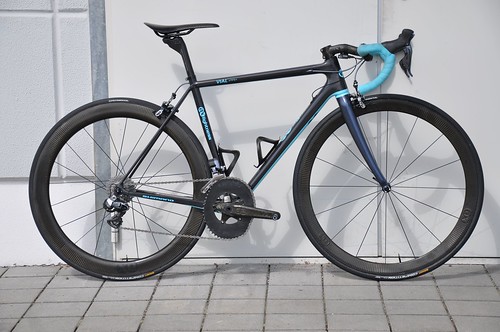 AXAxel wrote:Thanks (I can confirm it rides just as nicely as well - still waiting for some more independent reviews/feedback though).

Nice. Is there ISP option?
Top

Nils....Can that color way be ordered or are there plans of offering this color?
Top

For people that want to add color to the frame, how about if AX made a Vial decal-kit with several color options that would allow people to choose what they want? That way, AX won't be caught up in time consuming custom paint jobs. Keeping just one basic color simplifies logistics and distribution and if people want to accessorize with a color, they can purchase it off the AX Lightness Webstore. ... just a thought.
AX Vial Evo: 4970g
Addict SL : 5235g
My Cycling Blog
Strava: Wayward Cyclist

jvanv8 wrote:I'm thinking either Stegger got mugged at his front door, or he's out riding.

If he's out riding and the bike rides the way we think it rides, he'll be in that ride for a LONG time!

So unfortunately I have not ridden the bike yet, still trying to get the final stuff I need to build it up. Overall I am really amazed by the build quality of the frame and components I bought from AX Lightness and in additional I have experience an outstanding customer service from my first email many many months ago enquiring about different aspect of the frame to followup questions after delivery of the frame.
Top

Stegger...care to share the weight of frame and fork?
Top

Cheers guys,
Back from vacation... eehm racing.
We did really well at the Tour-Transalp given it was our first appearance (and the one or other illness in the preparation which arguably no team is immune against though

). Our Belgium "ax-lightness - racepoint.be" came in on a podium spot in the general classification whilst scoring a stage win and two podiums. Gerrit and me came in 16th place (too much work, too little training sadly).


So in regards to the open questions:

Any updates from anyone?
Top

Still do not have one
Top
Post Reply
573 posts