Dude. You were expecting a fake product to match the spec and construction of the real thing and you're throwing shade about believing marketing BS? That's the best thing I've heard all week.
Top

Mine have arrived. I've just realised that they have the extended legs of the B1 for Brompton. https://www.lekki8.com/product-page/lek ... r-brompton

And as RichCH says, they are strictly for narrow rims. The arm which the cable attaches to is not the same shape as the Lekki8. Look at the angle between the top triangular section and the main part of the arm.

So I'm thinking these might have been made before the Lekki8 was launched in 2018 and Ted decided not to sell them because he wanted to cater for the wider rim/tyre shift in the market. Maybe the supplier has had these gathering dust for years? We'll never know. But I'm certain these are a legit Ciamillo product, not a clone, and they are a model which has never been sold before. Lekki7?
Top

Not to encourage anyone to use an unsafe product, but Swisstop make pads that are thinner, to accommodate wider rims. They have the extension Evo.
Top

basilic wrote: ↑
Sat Sep 18, 2021 7:03 am
Not to encourage anyone to use an unsafe product, but Swisstop make pads that are thinner, to accommodate wider rims. They have the extension Evo.

I had to use swisstop evo pads with both aluminium and carbon lekki variants and a lightbicycle ar46 wich have 28mm - so i think that they are not a clone but a stock that was meant for ted but some busines complications stopped it from happening. i will order one pair - just in case and to experiment

) and did not experienced this problem.

Only the braking power was less than ax lightness engage gavial so i ambadoned them.

btw - the box / packaging is very very similar that i recived from ted too. i consider myself lucky to recive them from ted without major complications back then.
Now ordering bikeparts from usa to poland is a terrible experience with polish post and a customs office - if not using a courier service.
Top

Butcher wrote: ↑
Fri Sep 17, 2021 4:46 pm
I'm kinda lost. Are you saying that Chinese standards are poor? The way I look at it, The Chinese copies arrived on time. Certainly better than Ted's standards.

I'm ok and appreciate, that someone has the money to step up and become a guinea pig. We all like to arm chair quarterback but few actually take the leap and speak with experience. Thanks for the input. I'm certain it just proves what we all know, but now it's more of a fact than an assumption.

Thanks for the post Butcher, I consider myself fortunate that I can take a swing at a product like this knowing full well that if it doesn't perform, then I can afford the loss. In reality the weight saving is very minimal compared to the brakes I had, but wanted to take a pop anyway out of interest and I had very little expectations. I hope what I am able to share helps others out, which is the whole point of this forum right?

I tried the brake out this weekend (only the rear), and was actually suprised how good the braking power and feel was. Despite my misgiving when in the stand, on the road, 1/2 lever pull was sufficient for strong braking, pretty linear feel and any more than 1/2 to 2/3rds would lock up the rear wheel with my weight fully back on the saddle. I'll point out that this wasn't a conventional ride, but instead I rode up and down a closed road, accelerating to a speed 20-30kph and then pulling the brake.
I'm not going to make any sweeping statements about reliability etc. but it survived 20 mins of this before I got bored and satisfied that it can at least stay on my bike for the next few months to see how it lasts.

Whilst it is clearly for narrow rims, it does fit mine (26mm) with just sufficient clearance on standard black price pads, and I got no rub (after truing the wheel).
Top

I've fitted my front one and have been using it for some hard braking. So far, so good. It was straightforward to set up, using the instructions at https://www.lekki8.com/instructions. I don't know which type of pad holders I have, but Shimano pads fitted OK. My levers are Etap 11, and my mystery Lekki? requires much more lever travel than the Sram brake.

Before fitting the Lekki? I set the lobe to the maximum, because my rims are 20mm. The lobe advice is in a separate para above the instructions, titled 'How to use the microcam'. Perhaps some owners haven't read that para...maybe Ted didn't put it there until after he'd written the instructions? Maybe this accounts for some of the failures, for example the one pictured in another thread where there's a crack near the finger? viewtopic.php?f=3&t=152269&start=165#p1626016 That post is notable because apparently the brake was fitted by a customer of a dealer...a dealer who said that he found the Lekki8 to be reliable...and as you can see the dealer said the crack was in a carbon piece, whereas it was actually in a 7075 Al casting.

After the pads are pressed firmly to the rim and max braking has been achieved, it's possible to squeeze the lever quite a bit more, because the calipers flex so much. You can watch the arms getting closer to the rim while the extensions on the legs move down the wheel. It's so weird to watch that I found myself doing it repeatedly, wondering if it was an optical illusion. Obviously this kind of treatment could lead to cracks and fractures all over the place, so I'll have to discipline myself to stop doing it. (Although I really ought to video it.) It doesn't exactly inspire confidence. Basically I'm just waiting for the brake to explode into a thousand pieces. Or maybe the elasticity is designed in, and it's an exciting feature of carbon fibre! Anybody know whether the Lekki8 does this?

Anyway, when it's not doing an impression of some jelly, the caliper looks very pretty. My terrible phone camera does not do it justice: 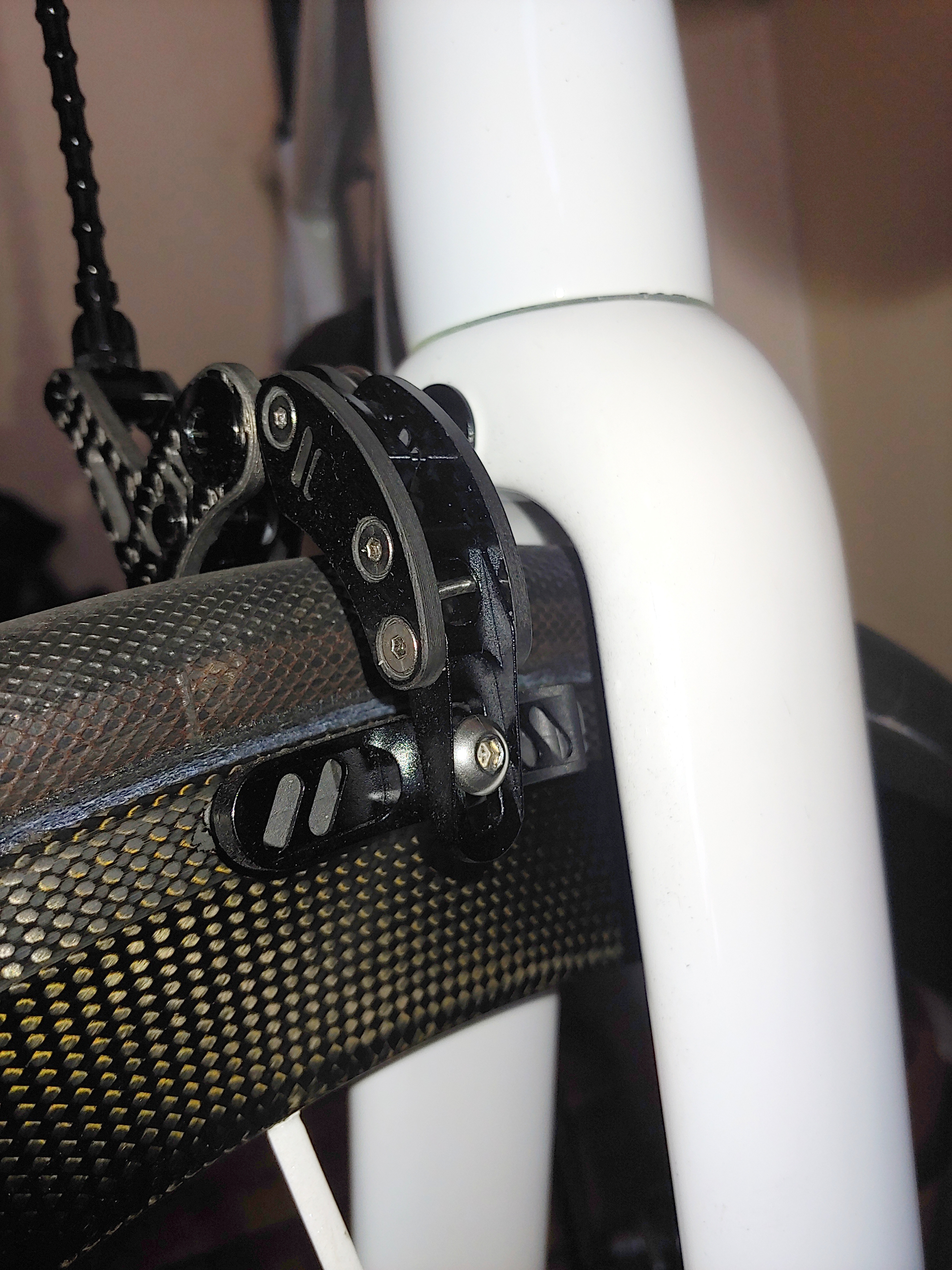 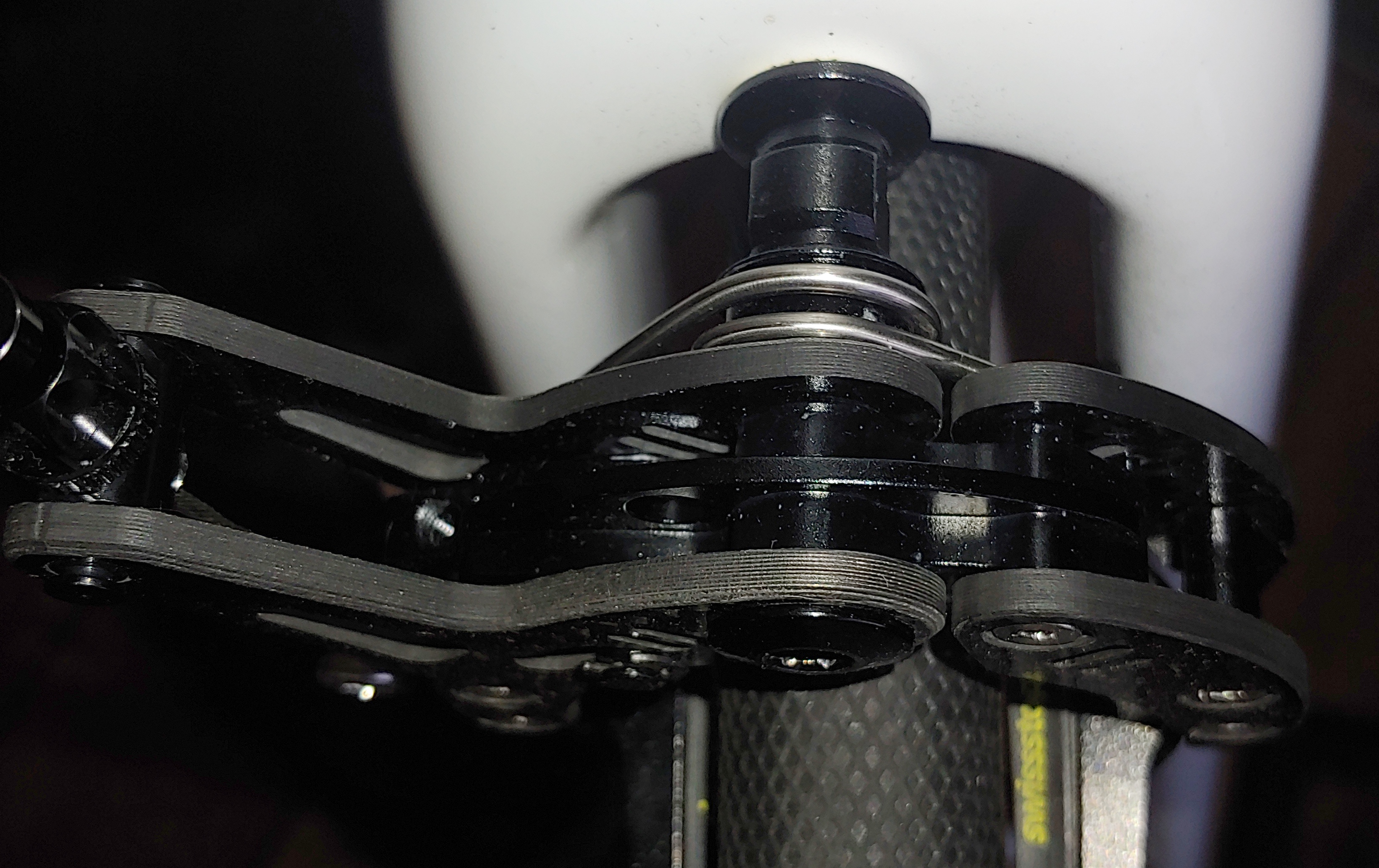 The weight of my pair without pads is 138g on my scale. 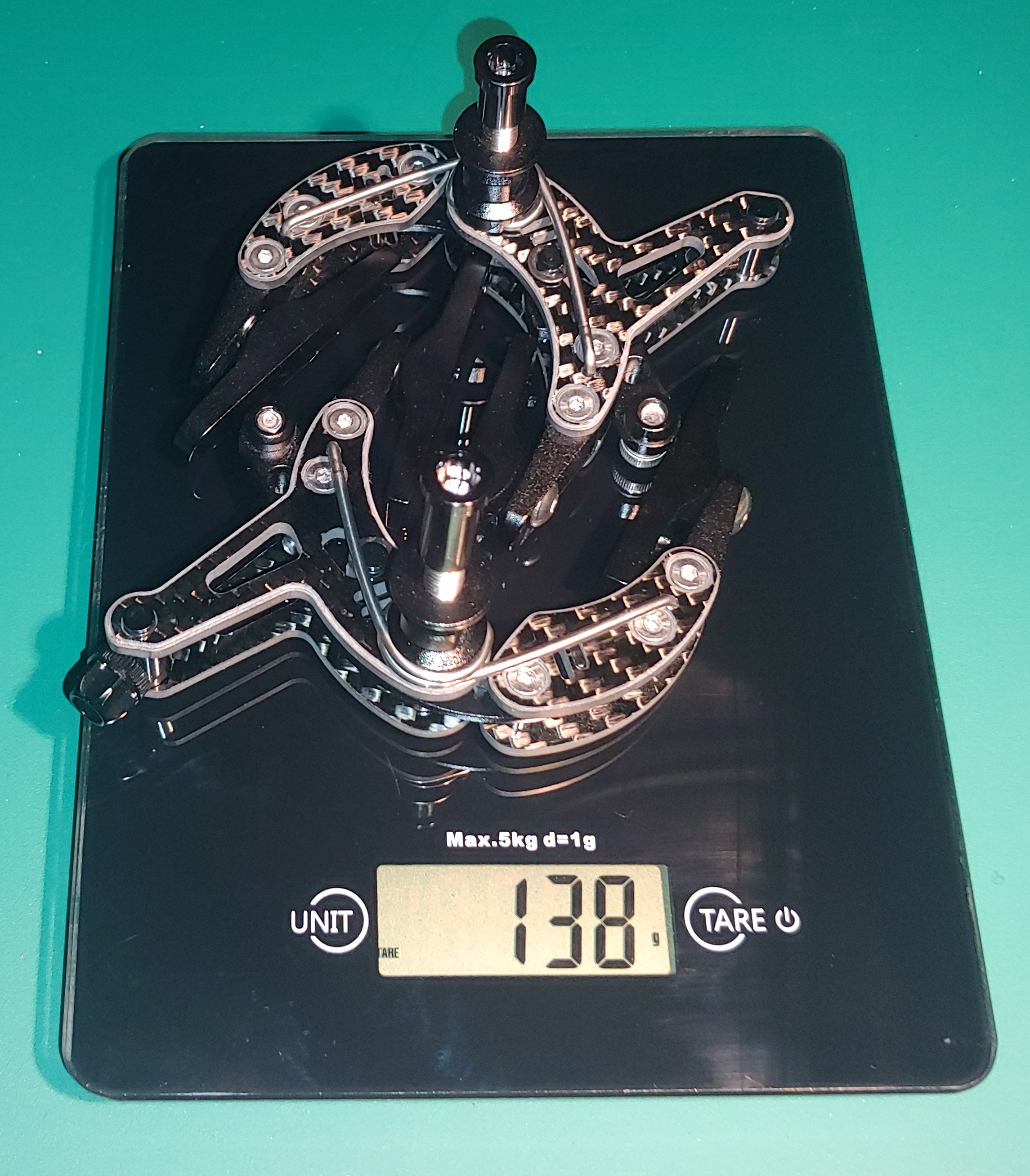 As for what these brakes really are....well, they're not the Lekki8 or the Lekki8 Brompton B1. The calipers are a unique shape. As I keep saying, they can't possibly be clones, that would be absurd. They can't be a prototype, because so many have been made. So they must be a legit Ciamillo product which was never released. My guess is that they were intended to be the Lekki8, but Ted had a change of plan when he saw the market shifting to wider rims and tyres, so he told the manufacturer to stop production and he went away and changed the width of the design. The manufacturer has had these on the shelf for years, he's fed up with Ted not paying his bills, so he's cutting his losses by putting them on Aliexpress. I don't know where the Brompton-style extensions fit into this puzzle. Whatever. For £140 they were an intriguing gamble. They might last, they might vapourise. But this is weightweenies, we like to experiment.

Given how ridiculously heavy they are, I weighed some of the parts to see if there might be some tuning possibilities. I doubt it. 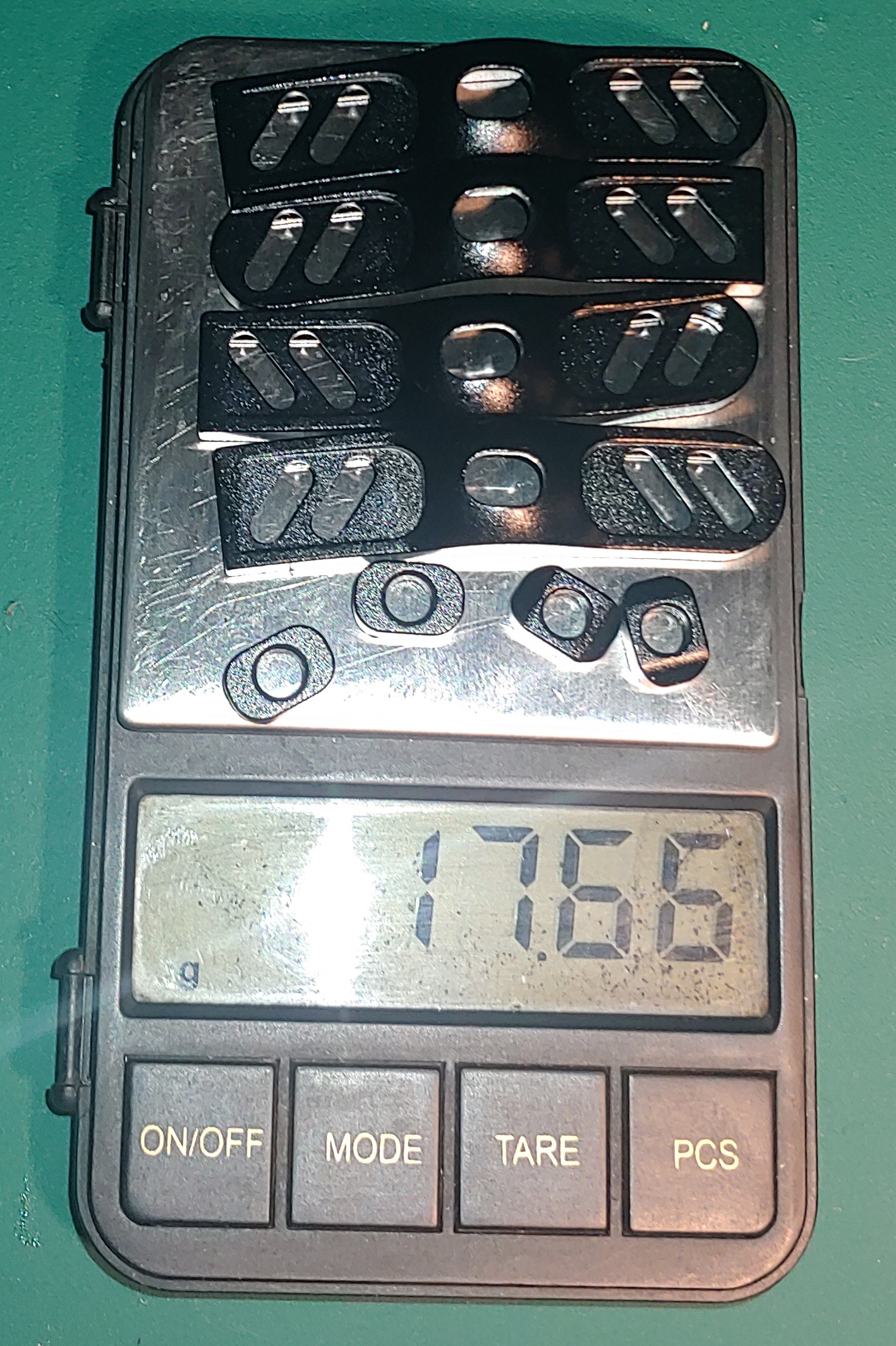 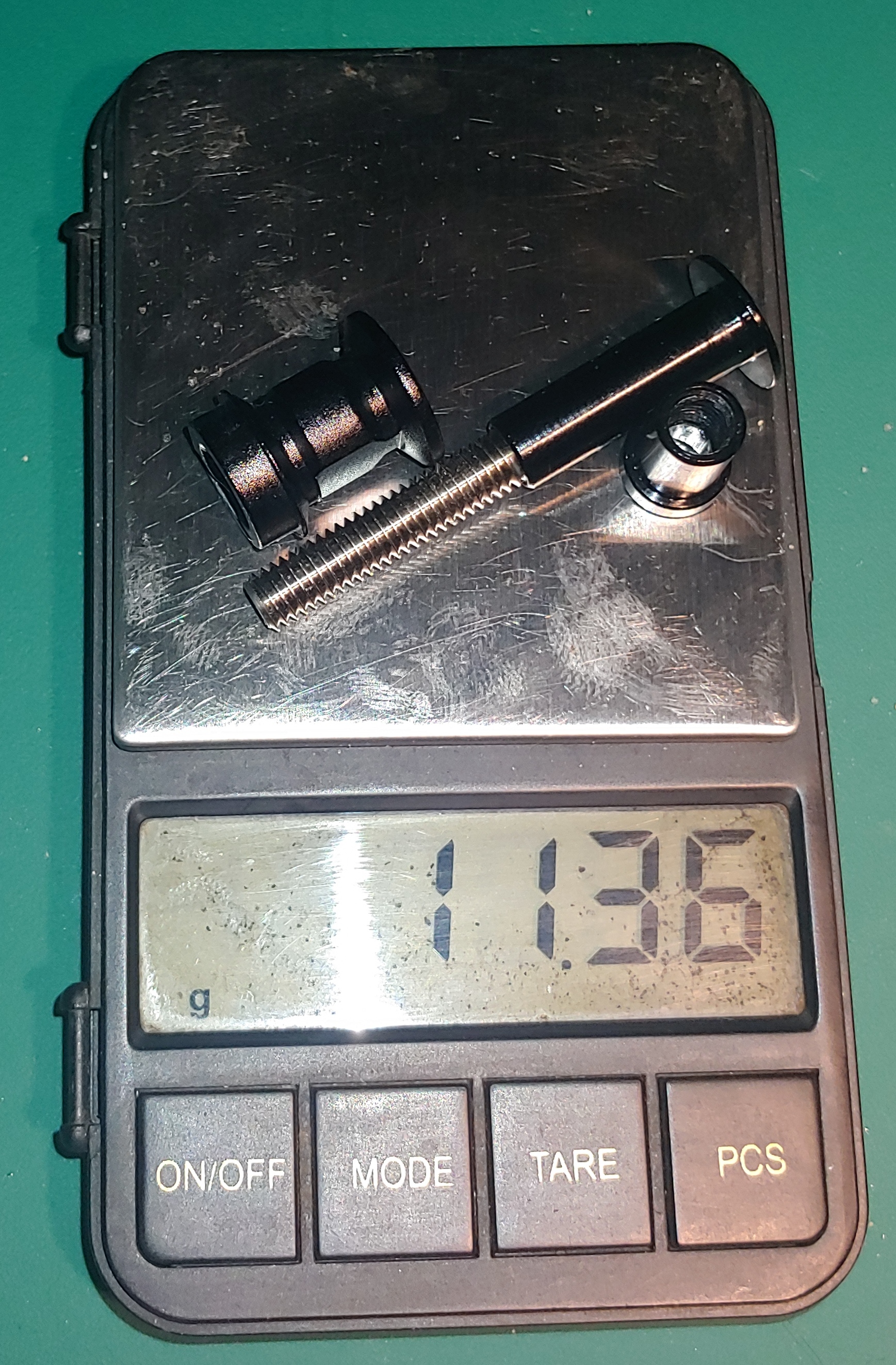 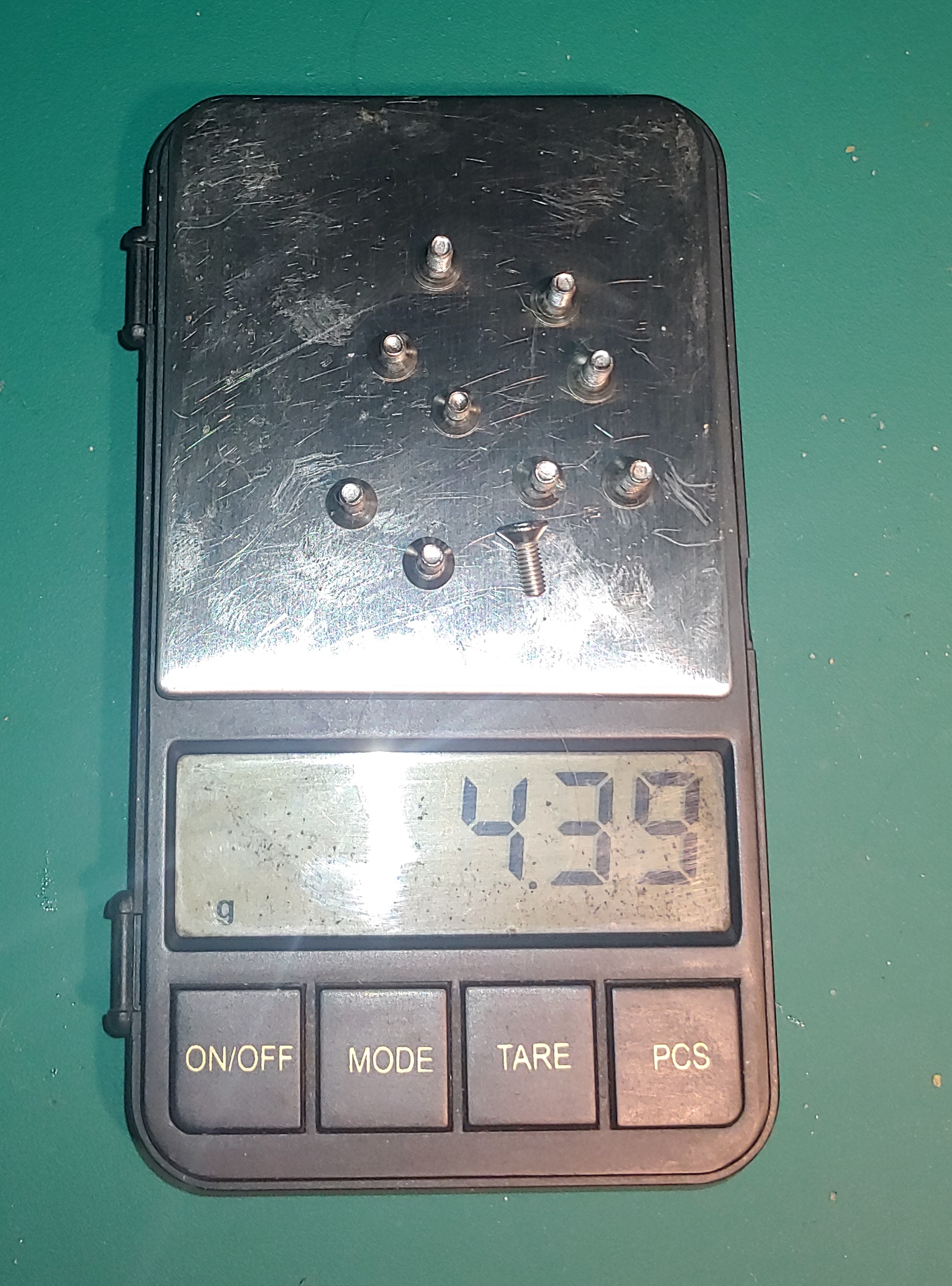 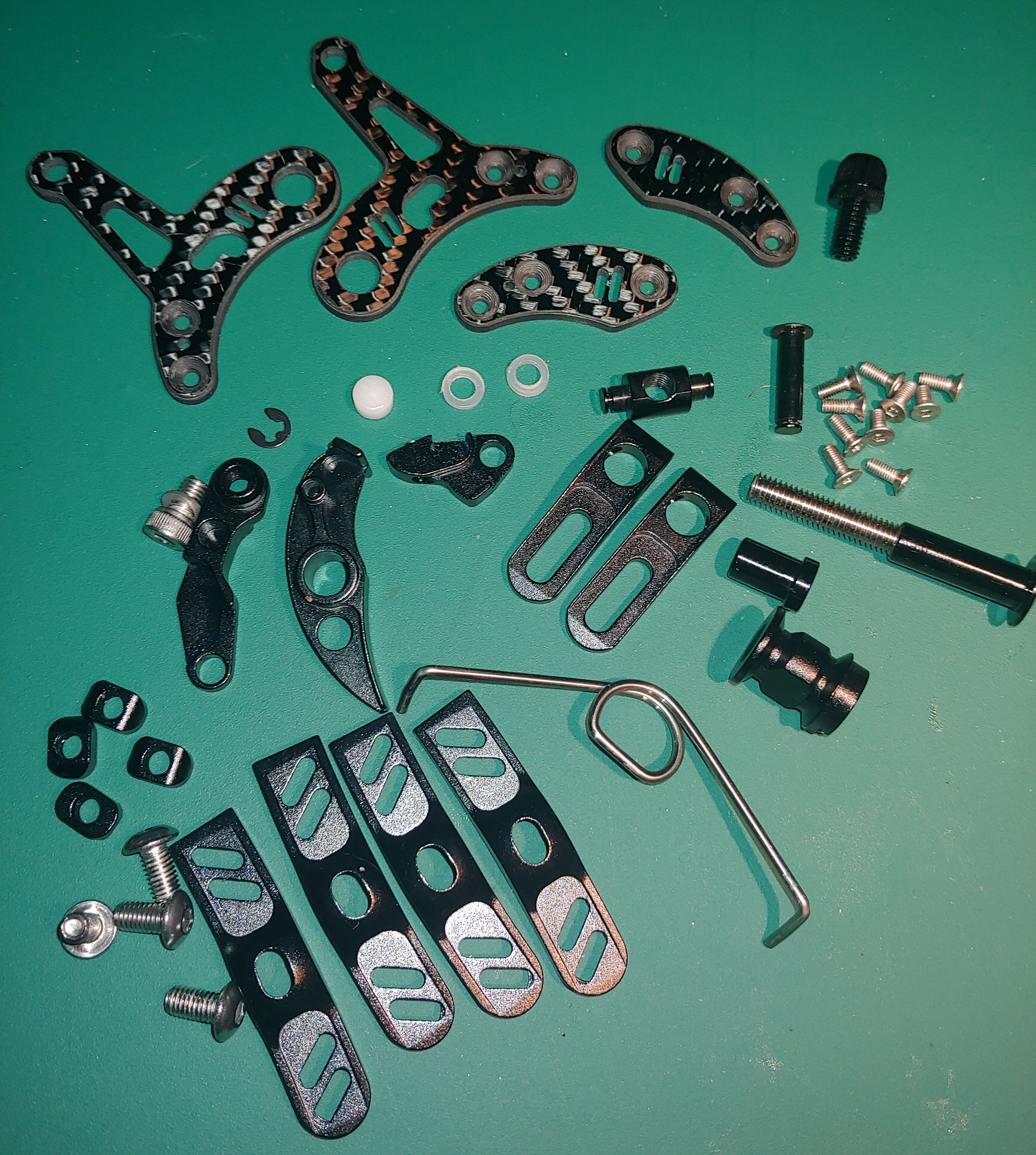 When Zipp first introduced the 303 Firecrest clinchers, I disassembled a front Shimano Dura Ace BR-9000 caliper to see the best way to increase the caliper width for the wider rims and nearly did not get it to go back together again.

eurostar wrote: ↑
Tue Sep 21, 2021 8:31 pm
Given how ridiculously heavy they are, I weighed some of the parts to see if there might be some tuning possibilities.

The idea of a forum is that you read the threads which interest you. Dickhead.
Top

Eurostar, are all the hardware made of titanium ? or maybe contrary to what ciamillo sold the small bolts are steel?
Top

are comments like this one really needed here ? if someone buys them from aliexpress i expect him to know what he is doing and take the risk on its own

Nice one Eurostar for the interesting write up there!

I am one of the few to have received Lekki8 from Ted, I am yet to mount them on my 2016 Supersix. I'll DM you some pics to compare if you like? Give me a couple weeks.
Top

xsnailx wrote: ↑
Wed Sep 22, 2021 7:07 am
Eurostar, are all the hardware made of titanium ? or maybe contrary to what ciamillo sold the small bolts are steel?

I'm not sure. They are not the gunmetal colour of titanium. They look like aluminium.
Top

I am one of the few to have received Lekki8 from Ted, I am yet to mount them on my 2016 Supersix. I'll DM you some pics to compare if you like? Give me a couple weeks.

Please do! Or lend them to me for testing! I would really like to know how stiff they are. If they are as flexible as mine, the Roadbike Review article seems much too positive to me, and the price seems much too high.
Top
Post Reply
234 posts