I was watching this one on eBay for *an age* - it was barely used and in immaculate condition. The geometry was in the right ballpark for me too (55cm TT, 58cm ST), but the HT always seemed too tall (20.4cm); and I wasn't entirely comfortable with how my saddle would look on a seatpost at my saddle height with the 72.5º seat angle. I got it down to a price that made it worth the gamble, so I took the plunge: 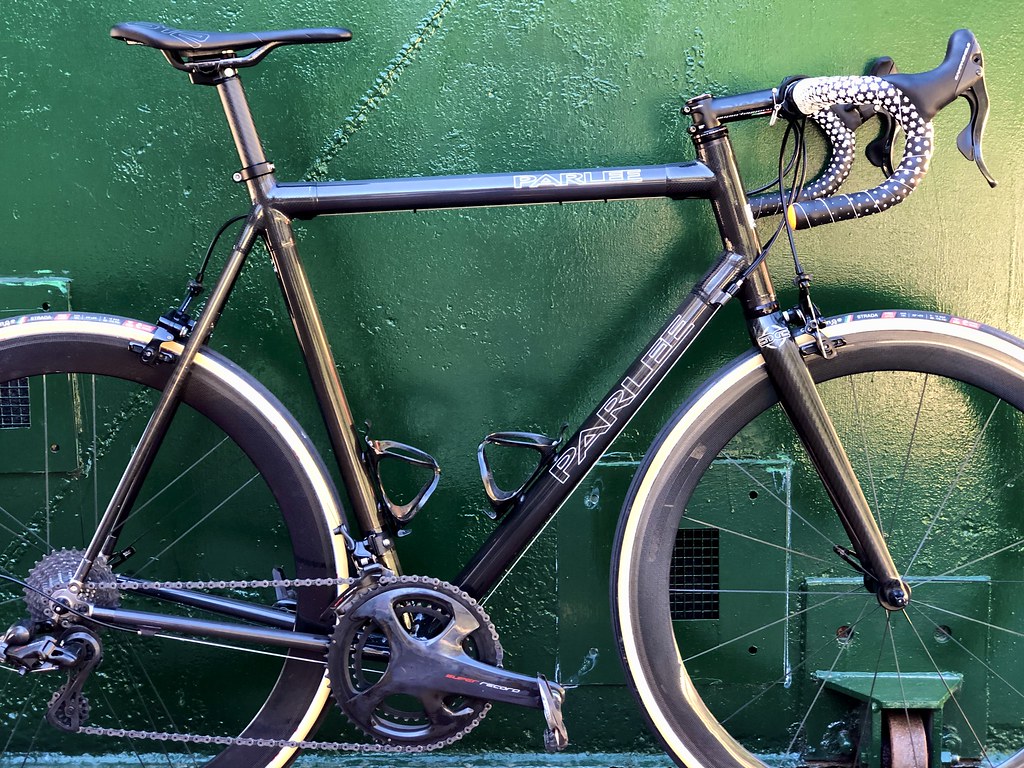 I have a long leg and a short torso. Part of the gamble with the bike was an experiment to be able to run a normal length stem (110mm) with a normal reach bar (circa 90mm) despite my disproportionate body. This is because I otherwise tend to force myself to fit bikes that are realistically slightly too long in the reach by using 70mm reach bars. If you've never had reason to use such short reach bars, you won't understand that the difference between riding on the tops and the hoods doesn't feel like much of a change; which can be a problem - especially if you genuinely need to rest properly on the tops for a bit, or when you're cooked at the end of a ride.

I've also arrived at the conclusion that the migraines I get are related to posture and neck strain - some of which comes from riding bikes that are realistically too low for me. The tall front end of this helps resolve that (with the Deda stem the bars are circa 20mm higher than recent builds); and gives me more room for future adjustment via higher angle stems and spacers (with the new fork) should the need arise.

Not pictured is the new fork, which I ordered partly because the one it came with is old, measures as a 50mm rake rather than the 45mm the frame was designed around and is cut slightly too short. Due to the already-limited availability of 1-1/8th forks, I went with a Pegoretti Falz v2 - perhaps an odd decision, but it was the only fork I could find at a reasonable price (I bought it raw and had it glossed for less than the price of a matte-finish Enve that wouldn't have matched the frame) and I know I like how the Falz rides, so I think it'll actually be a good choice.

In future it'll probably most often wear these Lightweights too (unless I decide to sell them), but I'm awaiting a new freehub for them at the moment.

The ride of this thing has blown me away. My last 3 builds (in as many months) have all been very firm race bikes - this is at least as responsive as all of them, yet smoother. Not bad for a 12-year-old frame... and so much so that I made a fairly big claim on Insta recently:

"Bold statement time: If I ever make noises about selling this bike, shoot me. In the face. Twice. Preferably point blank. It ain’t ever gonna get better than this...

It is genuinely the best bike I have ever ridden; and, for once, I might actually keep hold of it. 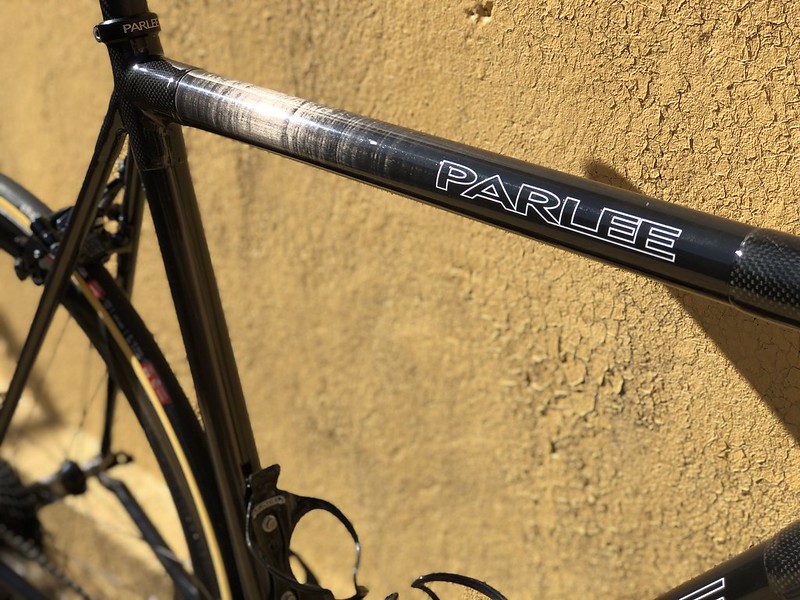 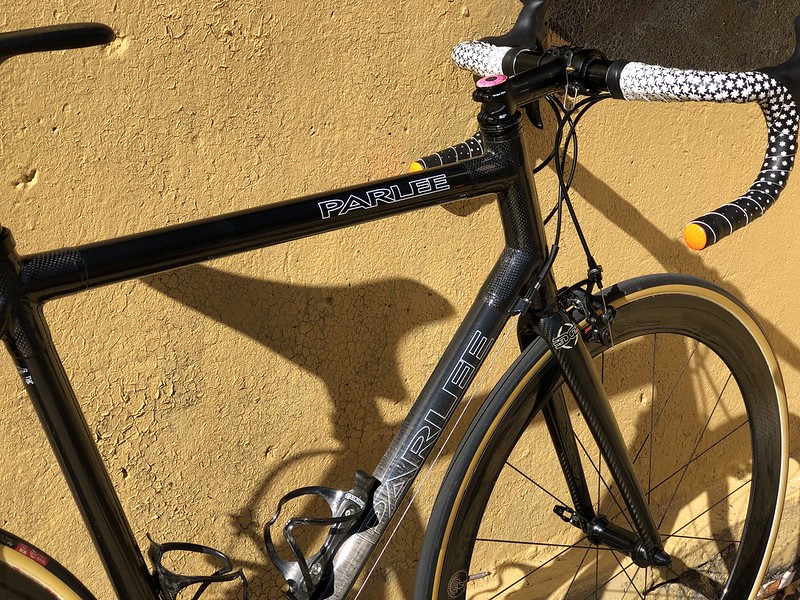 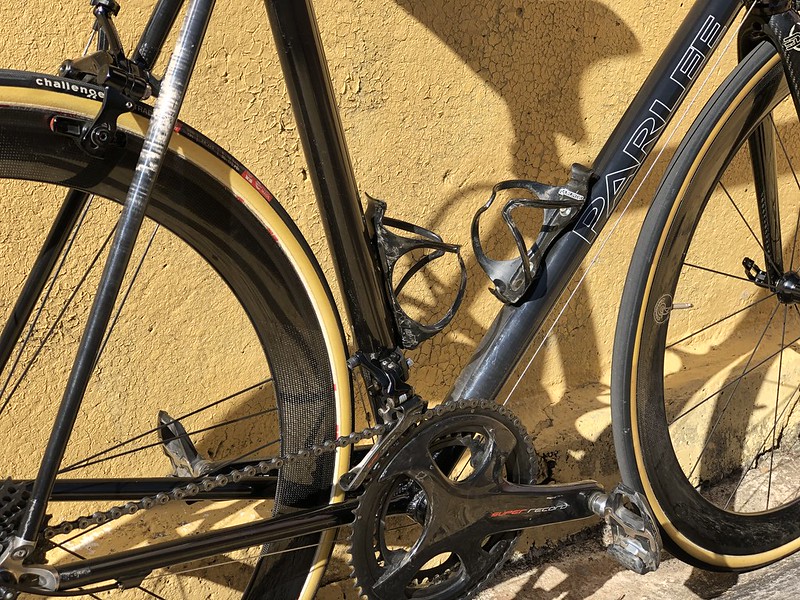 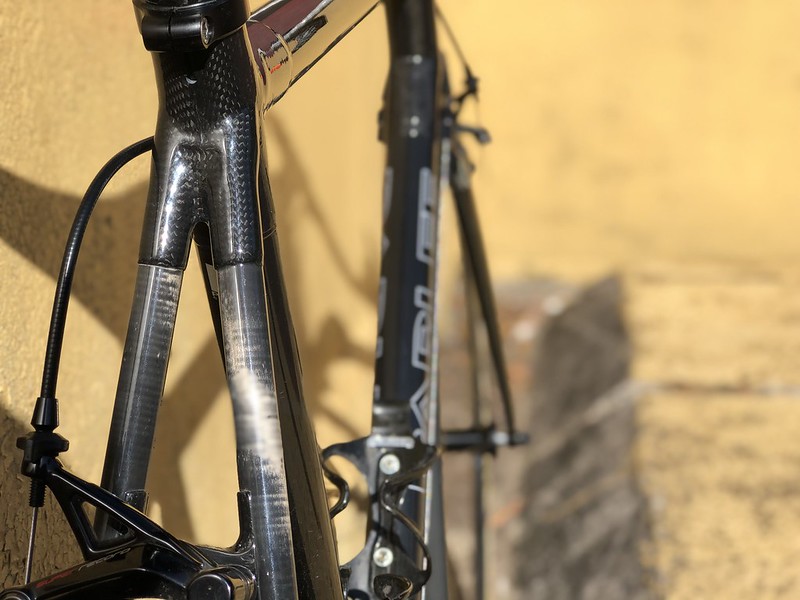 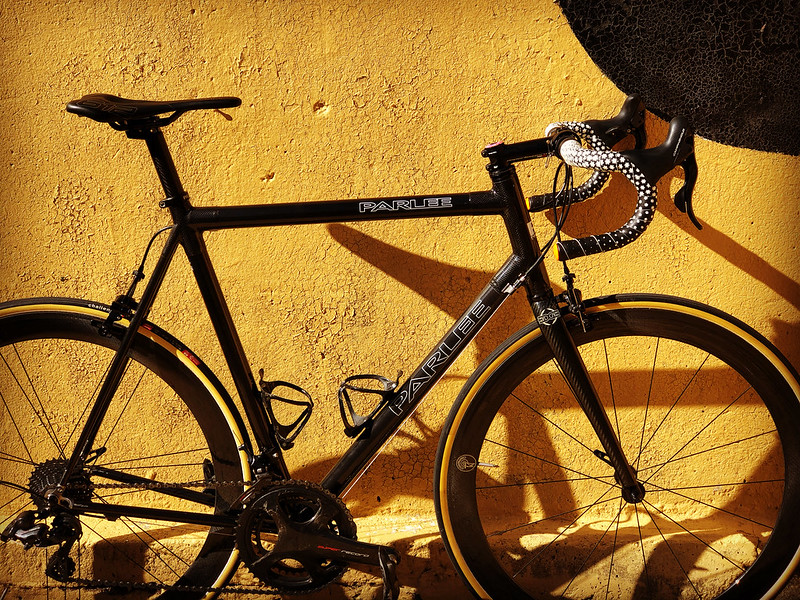 More pics will follow - with the new fork and the WR Compositi seatpost that it is also now wearing - once I have the Lightweights sorted.

Weight TBC
Instagrammary
Current Weapon of Choice
My bikes over the years...
Top

It's stunning! I worked in the trade a while back and sold a fair few Parlee frames and custom builds. Their engineering, craftsmanship and attention to detail is top notch. I had a Z5, probably the best bike i've ever owned. Wish I never sold it! Enjoy

Yes, geometry looks pretty much oriented for a long legs-short torso type.
One of my favourite framesets. Good job

I have also a 11 years old Z1 sl and still ride it and enjoy it.

There is something special in those frames.
Top

Wow, such a nice frame.
And with LW's...YES PLEASE!

Looks ballistic! Thumb up from me!
My barn
Top

I think it's great that an older frame is being utilized and after so many bikes passing by (48?) this one it at the top of the list so far...something to be think about when considering how we update for the sake of change rather than hanging onto something that works...
Last edited by Wingnut on Sun Dec 08, 2019 8:02 am, edited 1 time in total.
Top

I've had a Z1, a Z1 CX and an ESX and currently have a Z5 and a Z-Zero XD. Apart from the ESX they've all been some of the nicest bikes I've ever owned (Serotta Meivici stops it being a stop-out). Only thing I don't get is that for someone who has such baller components why you're only buying the frame and fork because the price was cheap. Get a Z-Zero custom made to your size and spec and never look back...
Top

bencolem wrote: ↑
Sun Dec 08, 2019 2:04 am
Only thing I don't get is that for someone who has such baller components why you're only buying the frame and fork because the price was cheap.

You misunderstood me. I didn't buy it *because* it was cheap - I wanted it for ages but there were lots of things I couldn't resolve without actually building it that could have been expensive mistakes. It was only when it became cheap enough to take the gamble that I decided to take the risk.

Yeah, cos I have $9k laying around to do that... I wish!
Instagrammary
Current Weapon of Choice
My bikes over the years...
Top

I've had my Z3 for almost 14 years and still love it. Parlee's customer service is second to none if you ever have any questions for them. What is that bar tape?
“If you save your breath I feel a man like you can manage it. And if you don't manage it, you'll die. Only slowly, very slowly, old friend.”
Top

love my Parlees... Have had a couple Z5.. still have 1 frame that I scavenged to build a ww Z-Zero and then sold it... no regrets because I funded a Z-Zero XD which I love. Ended up getting the disc TTiR as well. Comtemplated a RZ7 when it was rumored early on, but when I was in the market it was only avail in complete bike, which I passed on.
2019 BMC TM01 Road UCI config 7.36kg
Top

Round tubes & lugs in carbon what's not to like