Hahahh That still cracks me up

Sam Bennett finally released from Bora, Quick-Step apparently already had a contract ready for him in case he got out.
facebook
instagram
Top

Confirmed in local news: no Argon 18 in the WorldTour (they could not match the bigger cash offer Astana got) or even at Pro-Continental level next year, they're going to focus marketing/sponsorship budget in 2020 on the Olympics with Canada, Denmark and Australia using their bikes on the track (they will be on a new bike, not unveiled yet) as well as keep pushing in the triathlon world where they're a bigger player than on the road... but they have already started to talk to potential teams for a return in 2021.

Down to only one Canadian bike brand in the world tour, that's too bad. Hopefully they're back in 2021, I've always found their bikes very attractive, although I've never ridden one

and the most stupid or at least counterproductive marketing wise (ok half joking here): Bianchi-Jumbo. they keep re-upping 1 year, then 1 year, then again 1 year. if I were a Jumbo fan, I wouldnt buy a bike my fav team wouldnt be riding after 1 year.
Top

For teams to go SRAM - SRAM must be doing something right (?) I mean I cant imagine teams saying yes to a groupset if they're really that faulty.

Just wanted to comment on that as lots on the forums rag on SRAM. I currently dont have one SRAM bike but when I did before I loved it
Top

For Trek it makes sense because they have factory MTB and CX teams also running SRAM. For the rest, it comes down to money and two-way marketing opportunities. With Shimano, some teams get lost in the shuffle. For Movistar, perhaps SRAM was more willing to accommodate not only the men’s team, but also the women’s squad...pure conjecture here.
Last edited by TobinHatesYou on Fri Nov 08, 2019 12:57 am, edited 1 time in total.
Top

Just wanted to comment on that as lots on the forums rag on SRAM. I currently dont have one SRAM bike but when I did before I loved it

They pretty much all prefer Shimano, that's why pretty much all the teams with no groupset sponsorships are buying Shimano, it just works, it's durable, trouble free... but SRAM is 'good enough that getting paid big bucks to ride it is acceptable', some star riders would probably not accept it and have their say before their teams signed anything with SRAM, but no riders at Katusha and Trek until next January were important enough to have enough influence if team management decided SRAM's money was important.

But to Katusha and Trek's credit, they signed contracts to ride SRAM before AXS, the original eTAP seemed less problematic. I have a bike with the first gen eTAP and much prefer the shift logic and shift paddles than Di2 and EPS, it is trickier to set compared to Di2 (no margin for errors in the front mech height/angle/limits) but once done correctly, it doesn't drop chains and shifts well enough, never had any ghost shifts or derailleurs falling asleep like the AXS issues we've seen a few pros suffer this year. But I still think Di2 is much smoother, much more refined, slightly faster, less noisy/rough overall...

Someone mentioned EF-Cannondale maybe switching to SRAM next year because Higuita was on a SRAM bike at the Giro de Rigo but I doubt it, he was not on one of his own bikes, it was a loaner (I have seen Rigo himself ride a loaner Evo eTAP in Colombia 2 years ago) and the team's classic guys were testing equipement on the Roubaix course this week and they were all on Shimano.
facebook
instagram
Top

Shimano Japan is also really hard to communicate with in part because of how the Japanese traditionally conduct business. SRAM has traditionally had great event/athlete support.
Top

So how many teams will we see on campag?
Top

Three that I can think of, UAE, Lotto and Cofidis.

Sent from my ONEPLUS A5000 using Tapatalk

TobinHatesYou wrote: ↑
Fri Nov 08, 2019 5:26 am
Shimano Japan is also really hard to communicate with in part because of how the Japanese traditionally conduct business. SRAM has traditionally had great event/athlete support.

Wouldn't the WT day to day interactions be handled by Shimano's Benelux team, though? They seem very well sorted and appear themselves to be very well supported by Shimano Japan.
Top

LewisK wrote:So how many teams will we see on campag?

And how many teams will be on SRAM?

SRAM is utter garbage, my biggest recent regret is buying a CX bike with Rival, needs constant attention and shifts worse than my completely abused and worn out 10 speed XT. Mechanics must detest when a team shifts to SRAM, poor *f##k*.
Top

Rode with a guy on Force AXS.. shifted nicely... but overall just crusing along I felt the system was on the loud side...
2019 BMC TM01 Road UCI config 7.36kg
Top

From epo to 'roids? He can't accept aging is a natural process... 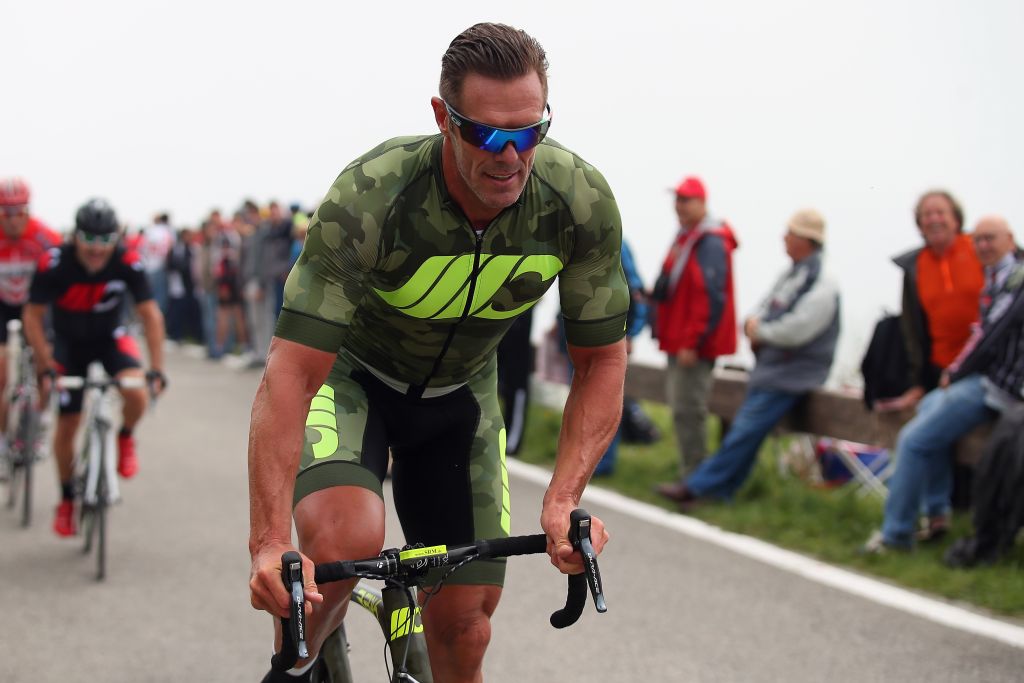