Over the last 10 Weeks I have been on a rehab program for a complete ACL tear that came with a partial PCL as well as a shredded miniscus. This injury happened two weeks before my first triathlon of the year.

Over the last few weeks I decided to reduce my stable to one bike. The majority of my riding is either MUPs or national forest fire roads and lake dykes. I decided to look for a fast gravel bike that could work on the road as well. At 200lbs and 46 years old I am not the fastestest rider. I have always had a weight problem so I spend more time being concerned with heart rate zones and calories burned to help track my eating than I worry about power or busting strava segments.

My plan was to build up a bike on a China carbon frame from carbonda. I wanted to move to disc brakes and run 700x25 and 650b x 46. I sold a Cervelo P2C to a coworker and that solidified my plan to move forward. I order parts from bike hub store and built two sets of wheels. 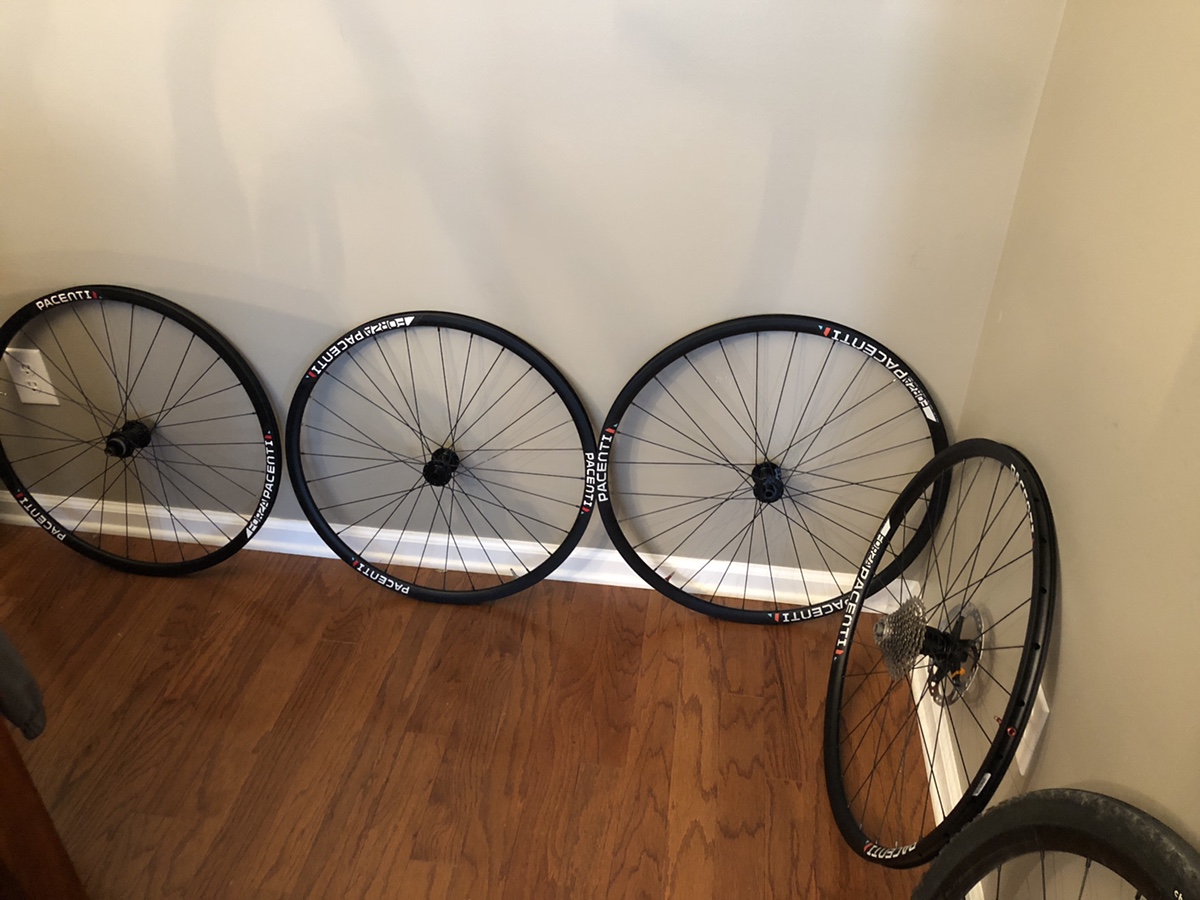 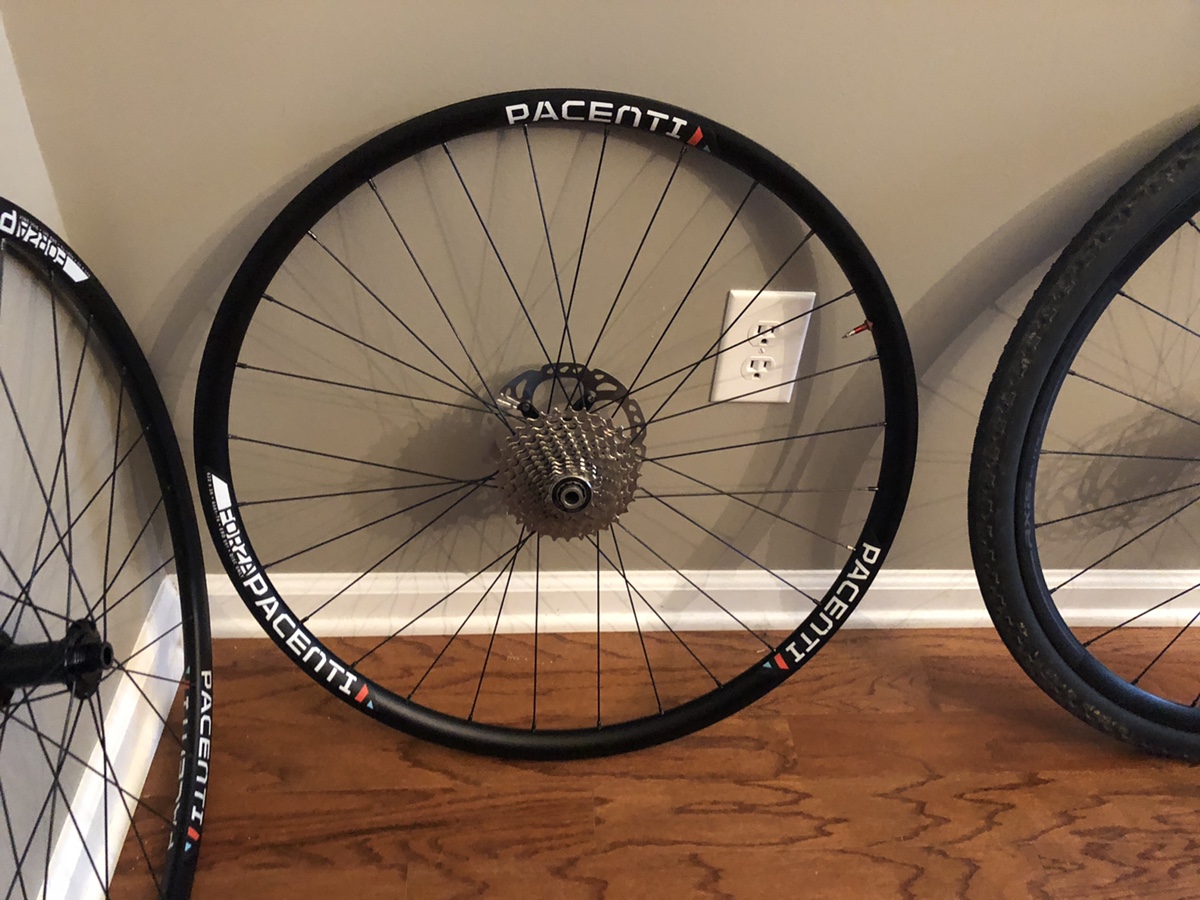 Pacenti Forza rims. Bitex hubs and sapim race spokes with nipple washers. As I was building the wheels I made a trip to a place I probably should not. The door on the right goes into one of my favorite breweries. The door on the left into my preferred bike shop.

First I went to the LBS to get a price on a DI2 group. I told them I would swing by for the information after I had lunch. While having lunch my wife mentioned I should look at the diverge instead of my own build. We discussed it a bit more and I decided for what I need I probably didn't need to DI2 group. I live in Charleston SC and the only elevation I see is when I do bridge laps. I will normally use only 2 or 3 gears. 105 is a good group for my needs and I wanted to see how the future shock would perform.

My wife has a diverge she loves. With the future shock and a canyon VCLS post it is a great bike.

I decided I would order another beer and run next door to get a best price on a diverge sport. This is the 5th bike I have purchased from them so I do have a great relationship and they gave me a good value to make the purchase. It should be ready for pickup today.

I will be running my wheels tubless with Shimano 105 gear cluster and rt81 rotors. The 700c will be Schwable Pro One. 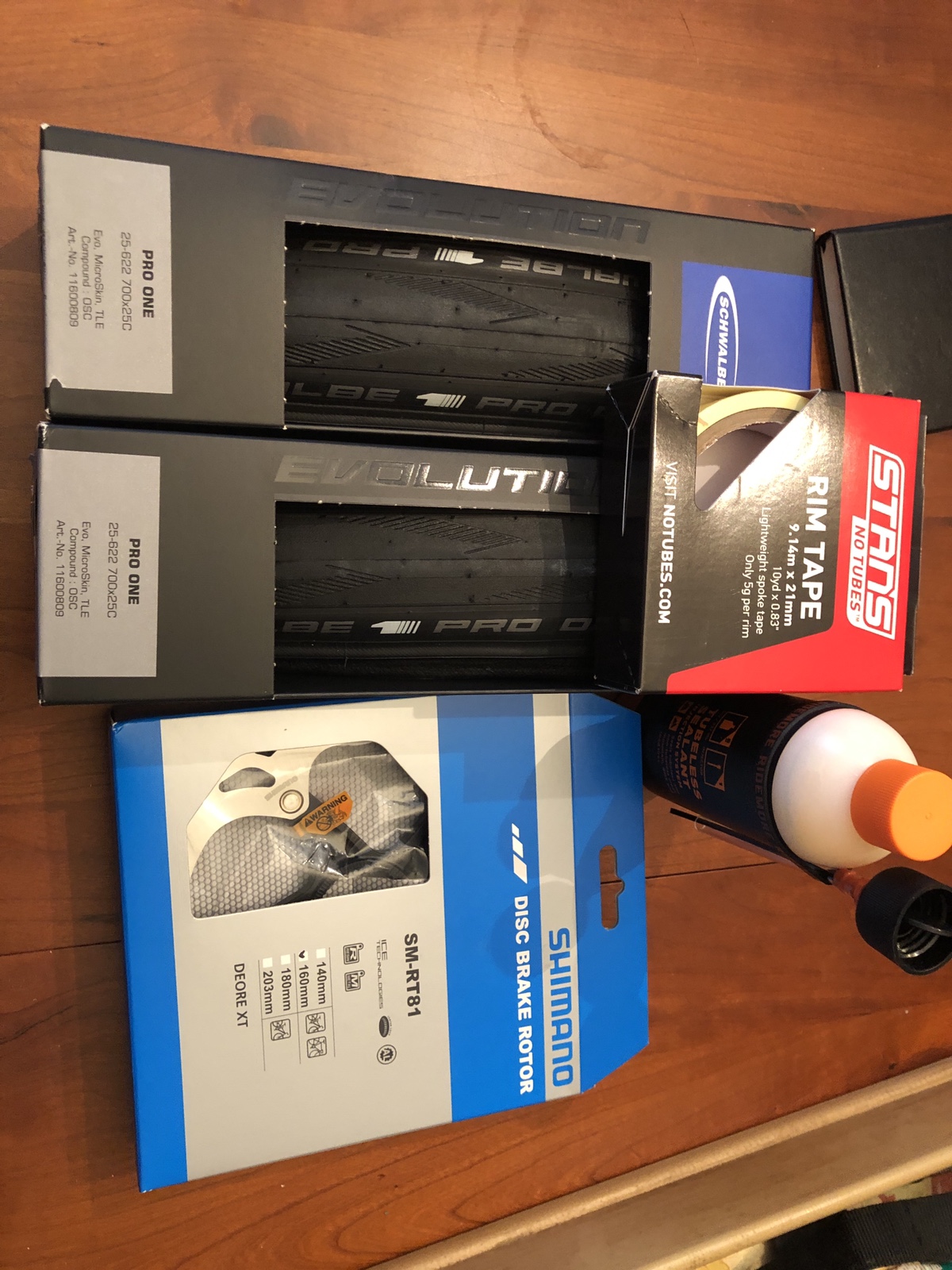 The wheels that will be shipped with the Diverge will go on my wife's bike so that she can run 700x25 for the road and 700x38 for the gravel. I also sold a Spec Camber Comp to continue my plan of moving down to one bike. Next to sell hopefully is an All-City Space Horse. That will bring me down to 2 bikes (including the Diverge). I think I may stay there. I have a 1984 Puch Force IIX that I am very fond of. It may stick around.

so the morale of the story is, at all cost, do not enter a bike shop after beer?
Top

ChiZ01 wrote:so the morale of the story is, at all cost, do not enter a bike shop after beer?

Or when In doubt trust in craft beer

First pictures. I was able to put 5 miles on it tonight. 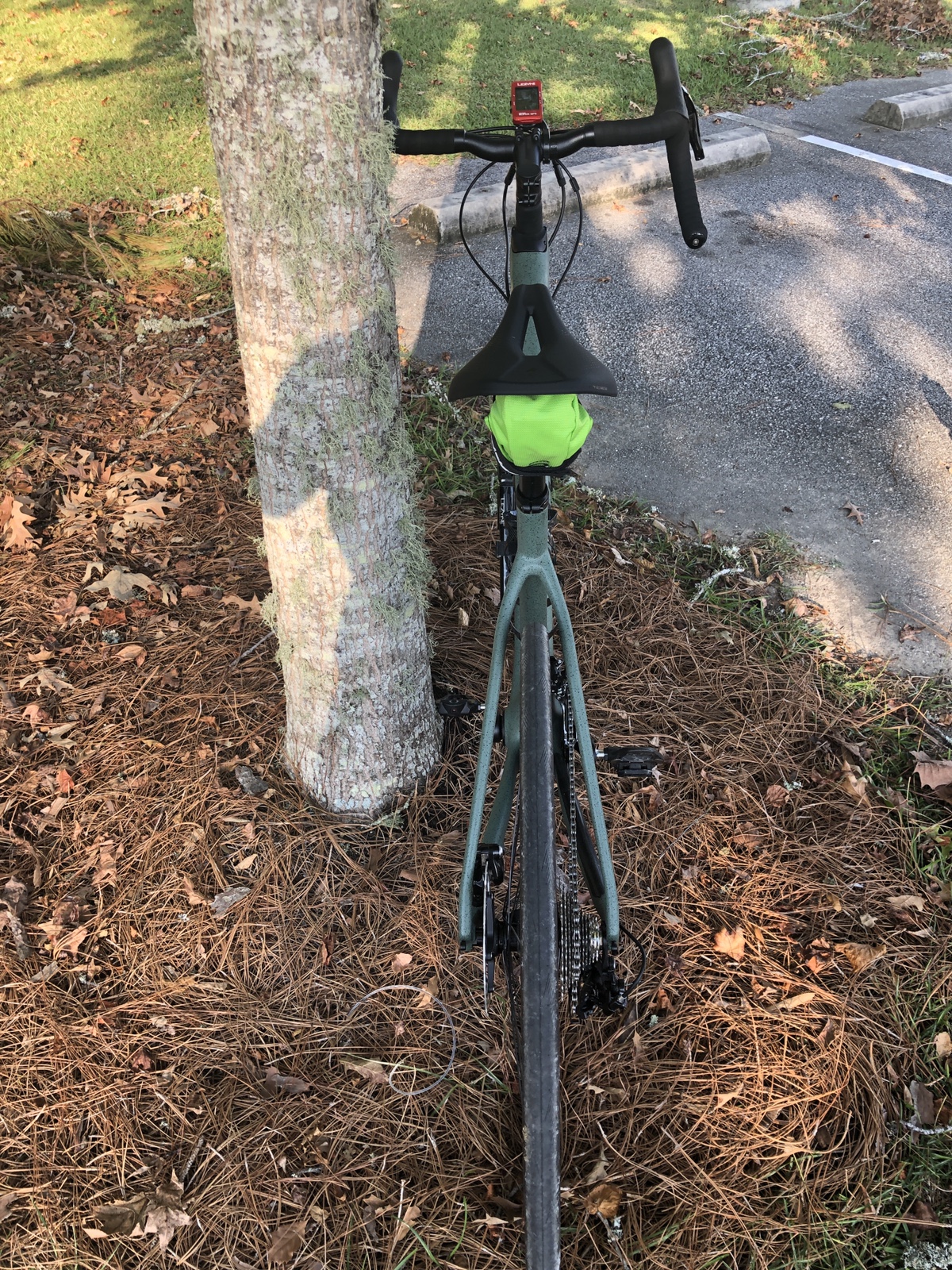 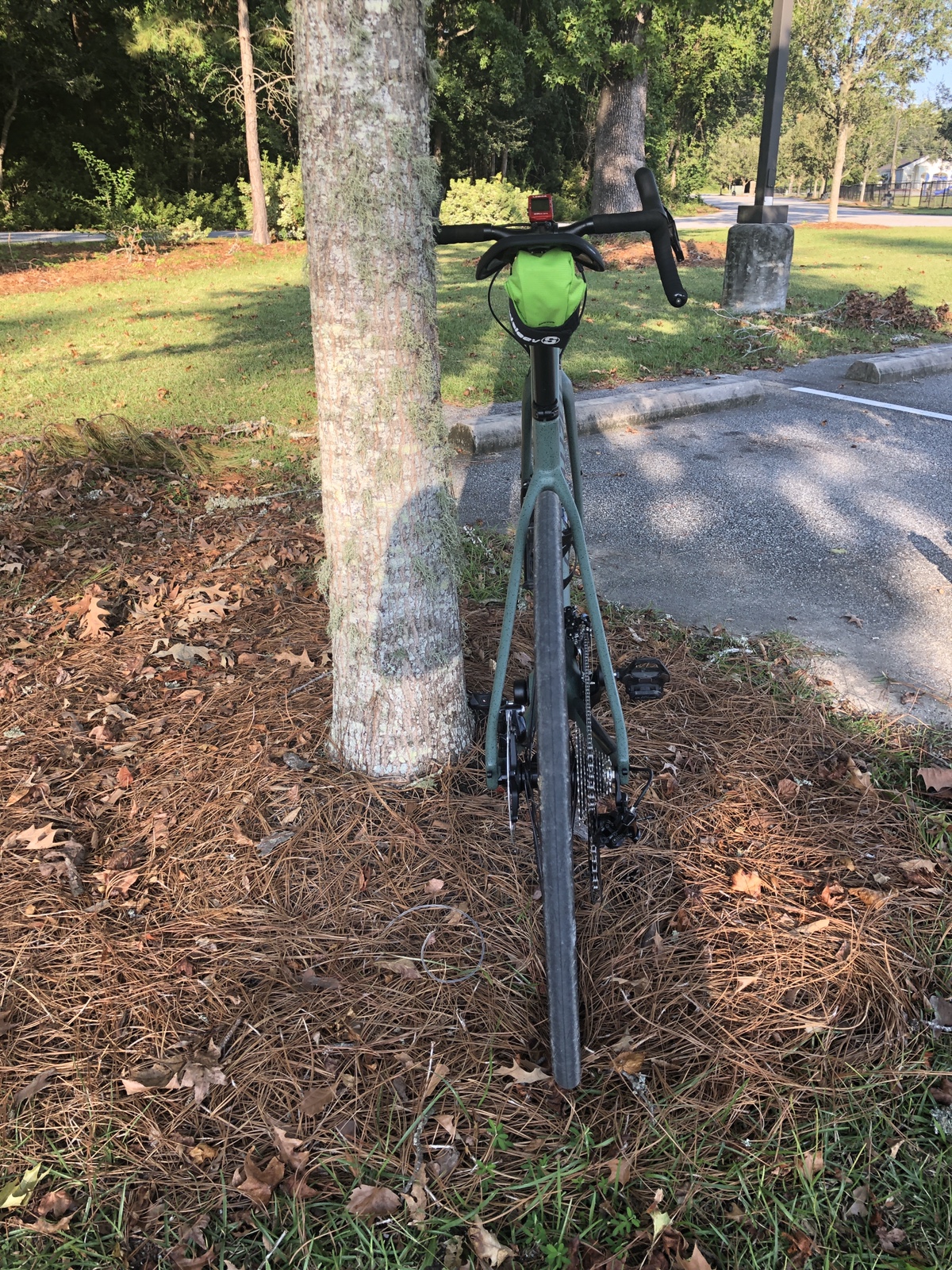 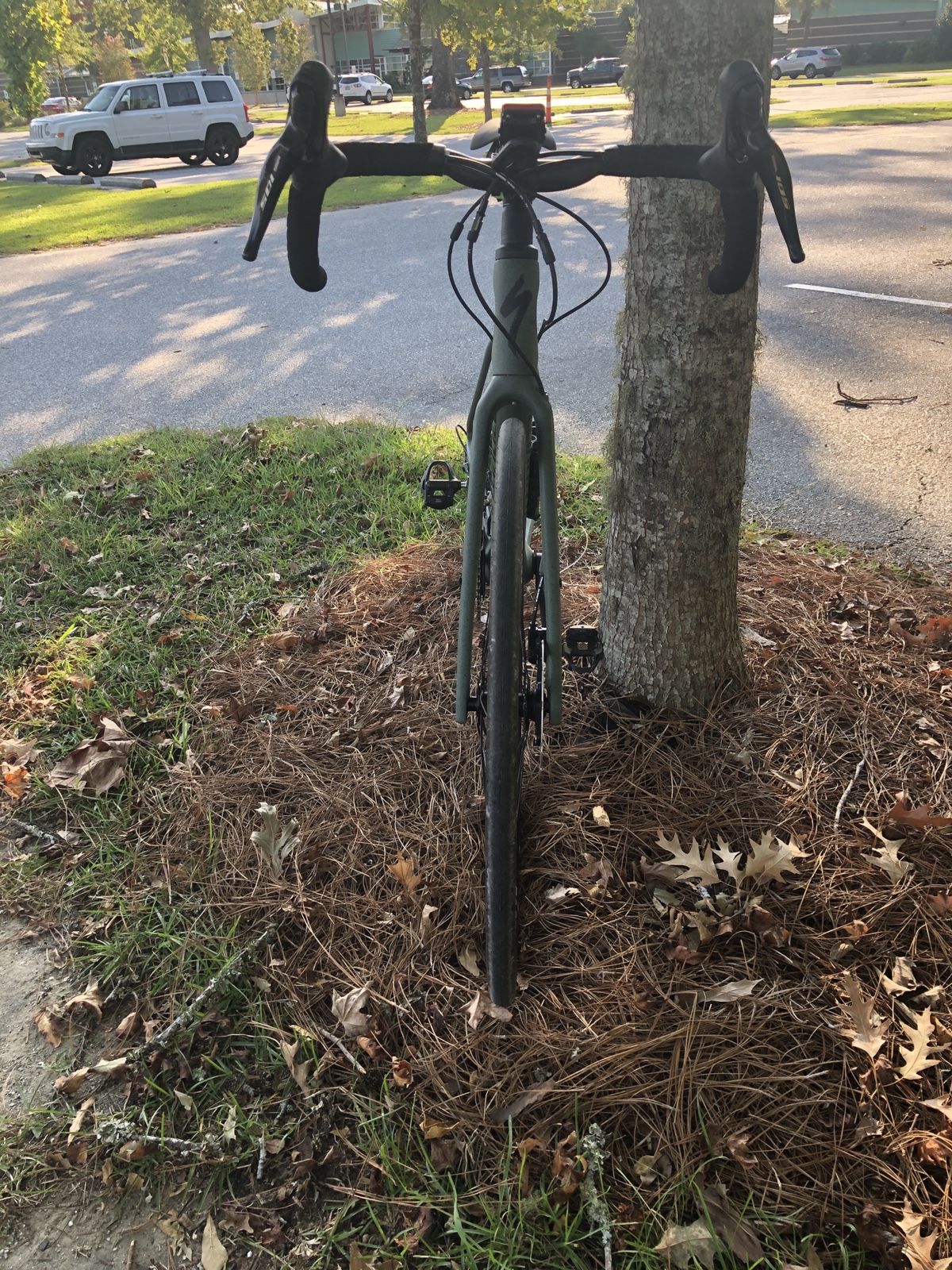 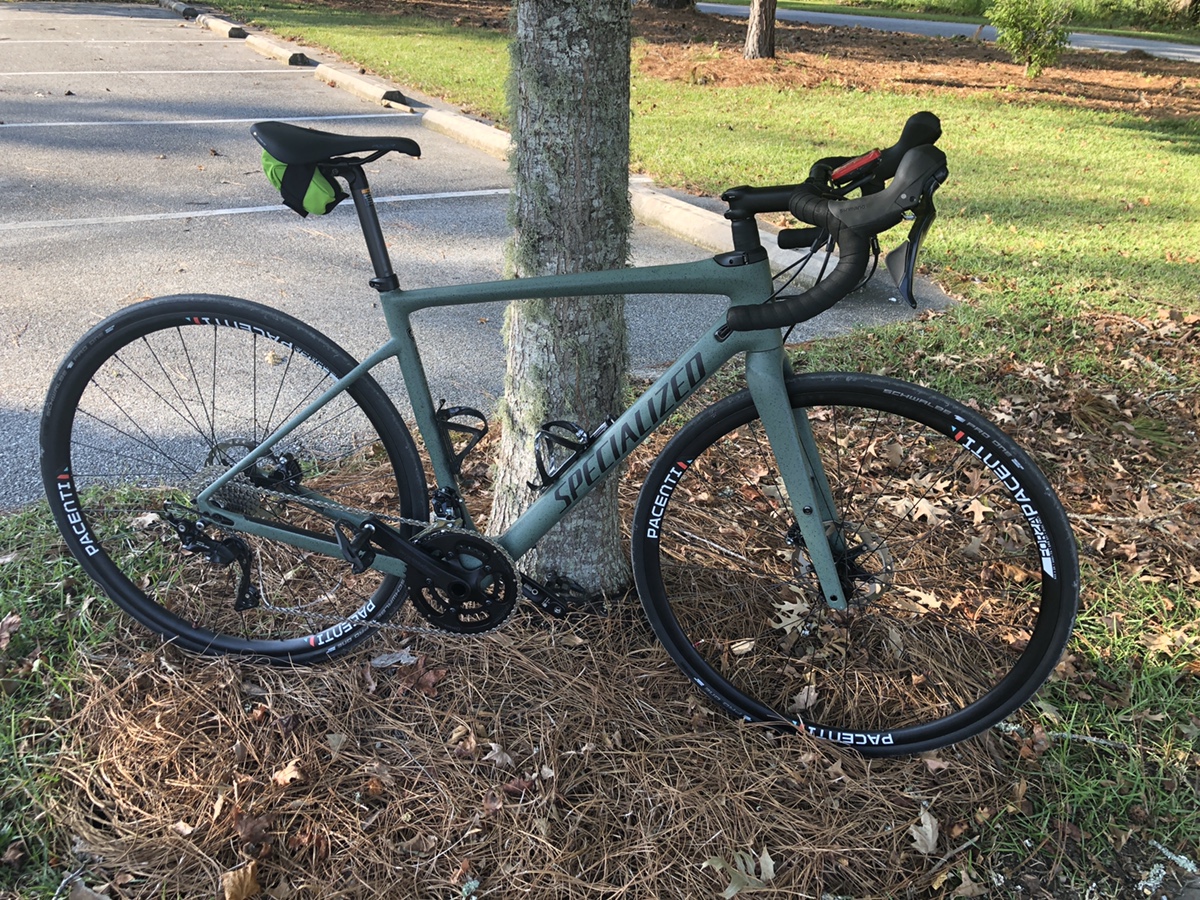 Moral of the story is that redbicycle has an awesome wife.

It is a futures shock 1.5 as I understand it. The 2.0 has an adjustment knob on the top. This is my simpleton knowledge but that is what I have been lead to believe.

It is different from my wife's older diverge which I found out has a recall on the future shock.

The rotors work fine. I only have a few miles on them I like them better than the RT170 that came on the wheels with the bike. But that is only asthetics not function.

Moral of the story is that redbicycle has an awesome wife.

Anyone know what this is for? It came in my bag of bits and I have no clue. 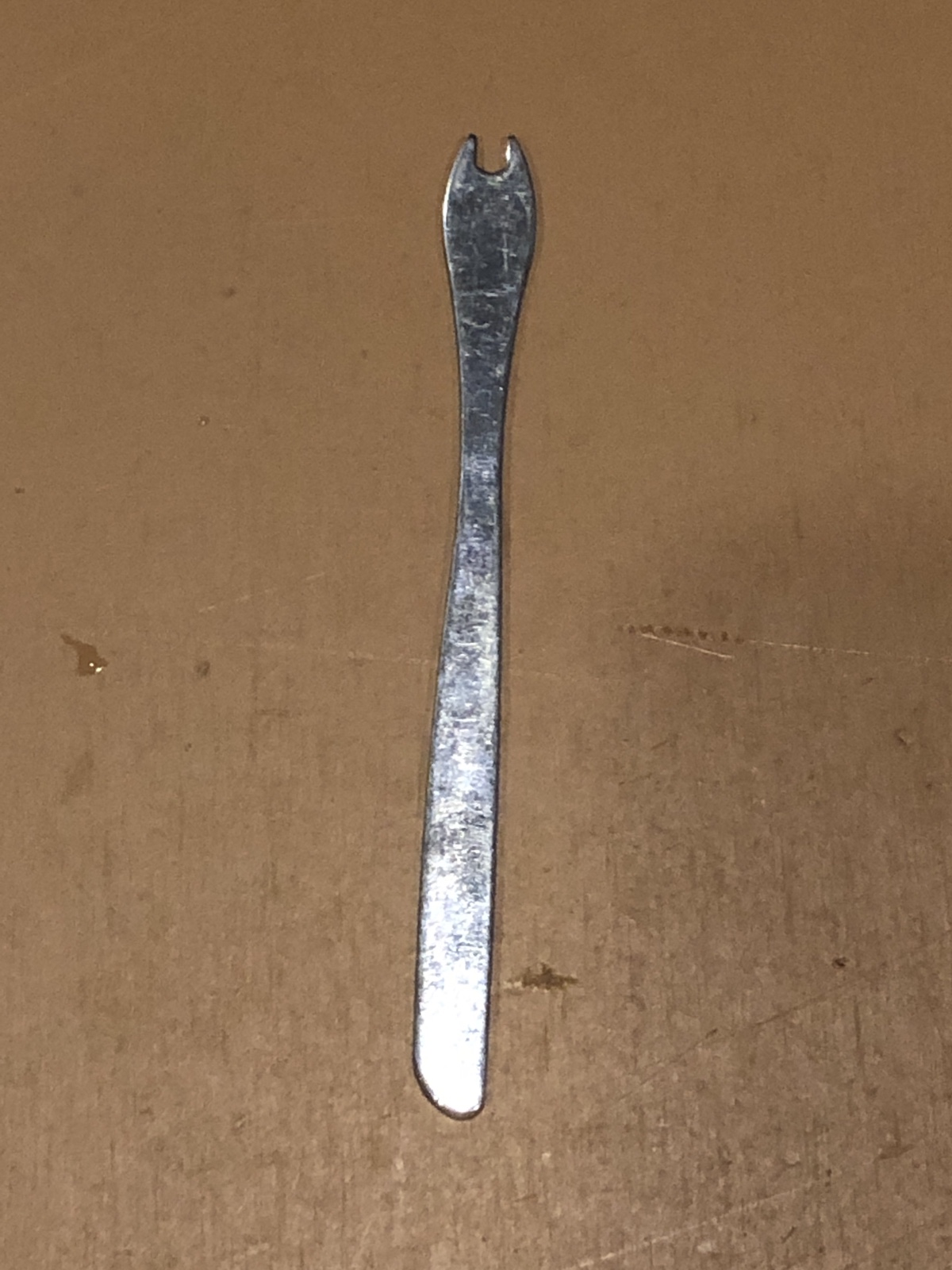 redbicycle wrote:Anyone know what this is for? It came in my bag of bits and I have no clue.

I found out this is for the future shock to hold a nut for adjustment.

As configured for 650b. I had a lot of fun either g these tires. I started with 85 rear/80 front. I kept leaving air release with the very scientific method of. Pssssss that sounds about right. The last bit home the rear tire felt a little squirrely. I checked them and they were around 60 psi. I decided to run 70 rear/65 front for my next trip and see how that works. Clearance was right with a 650bx47. 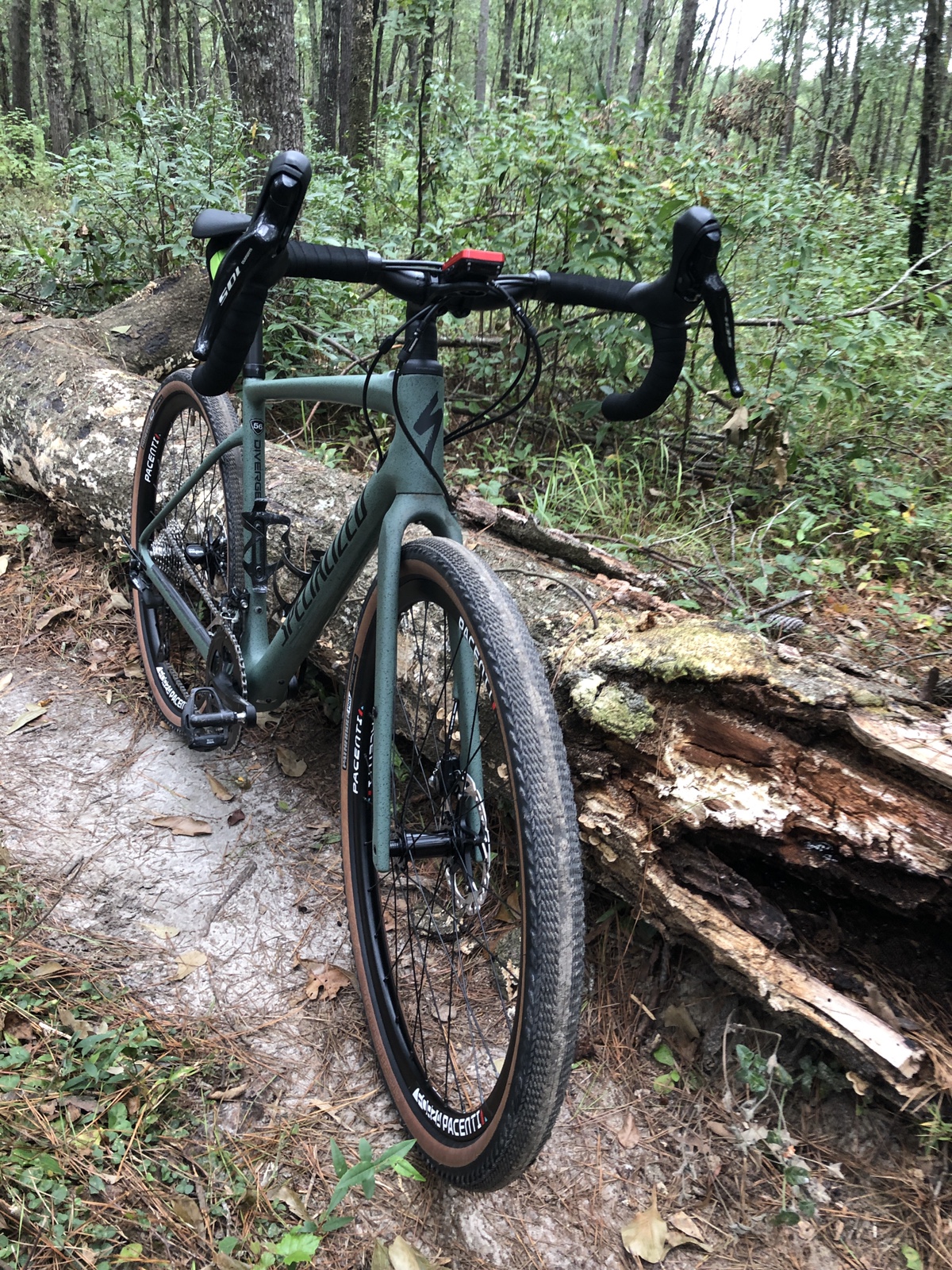 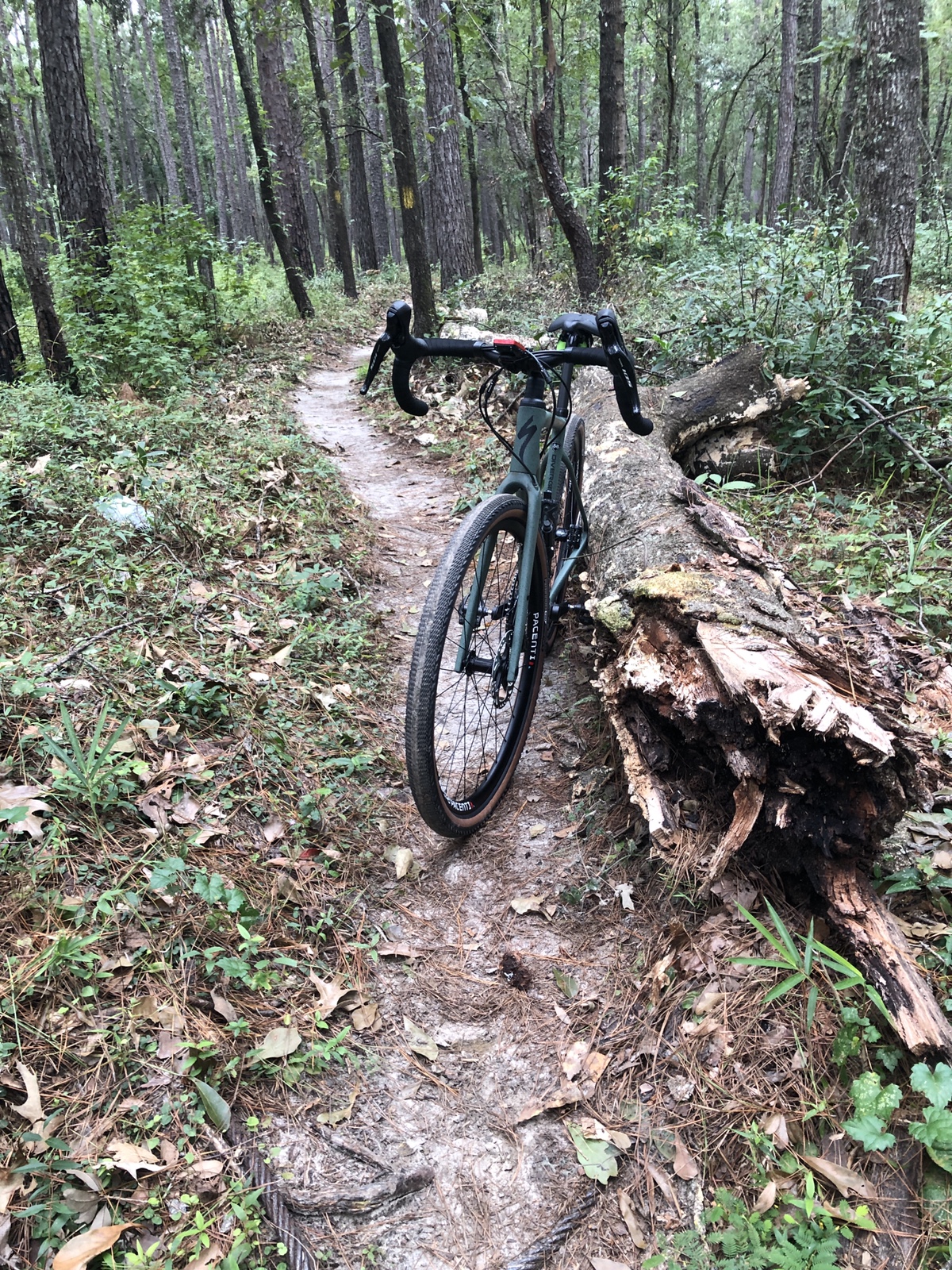 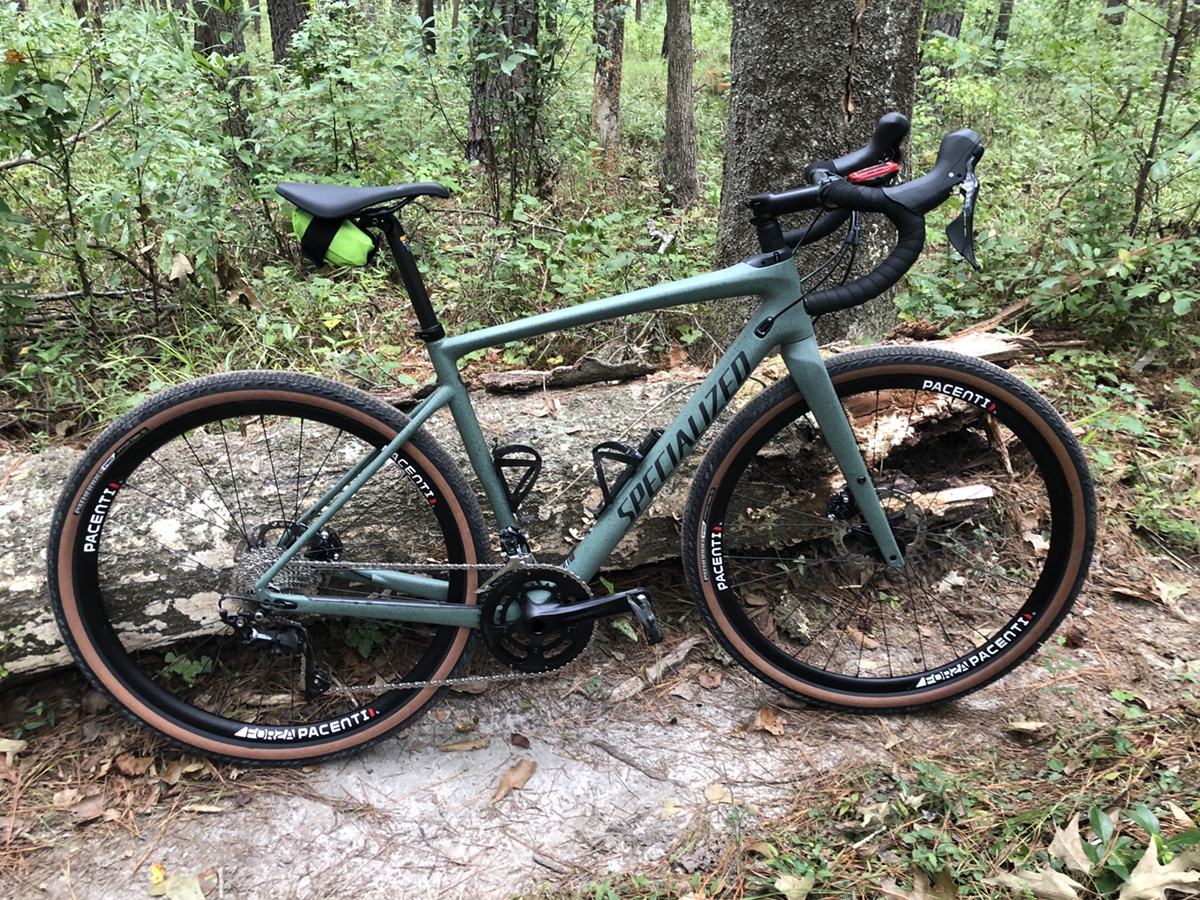 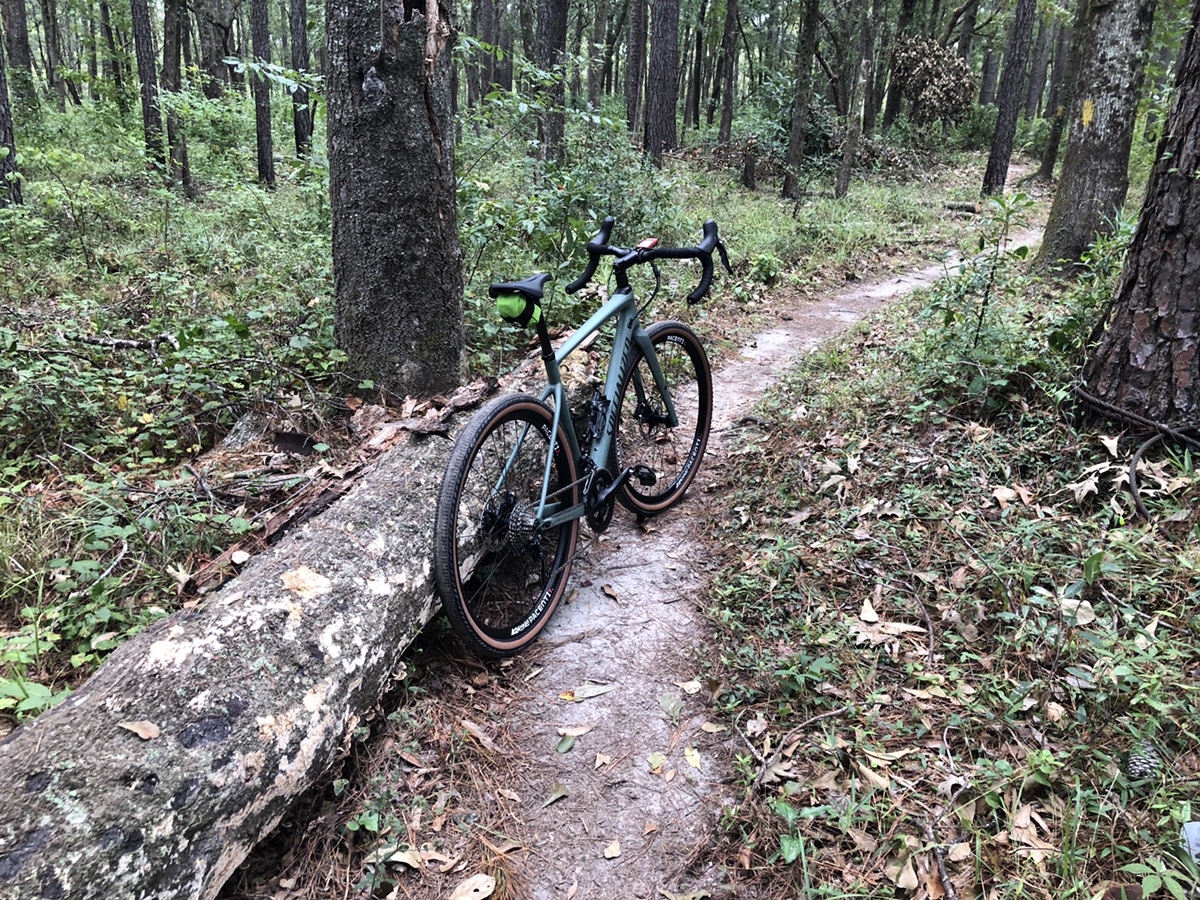 Back on the pavement. 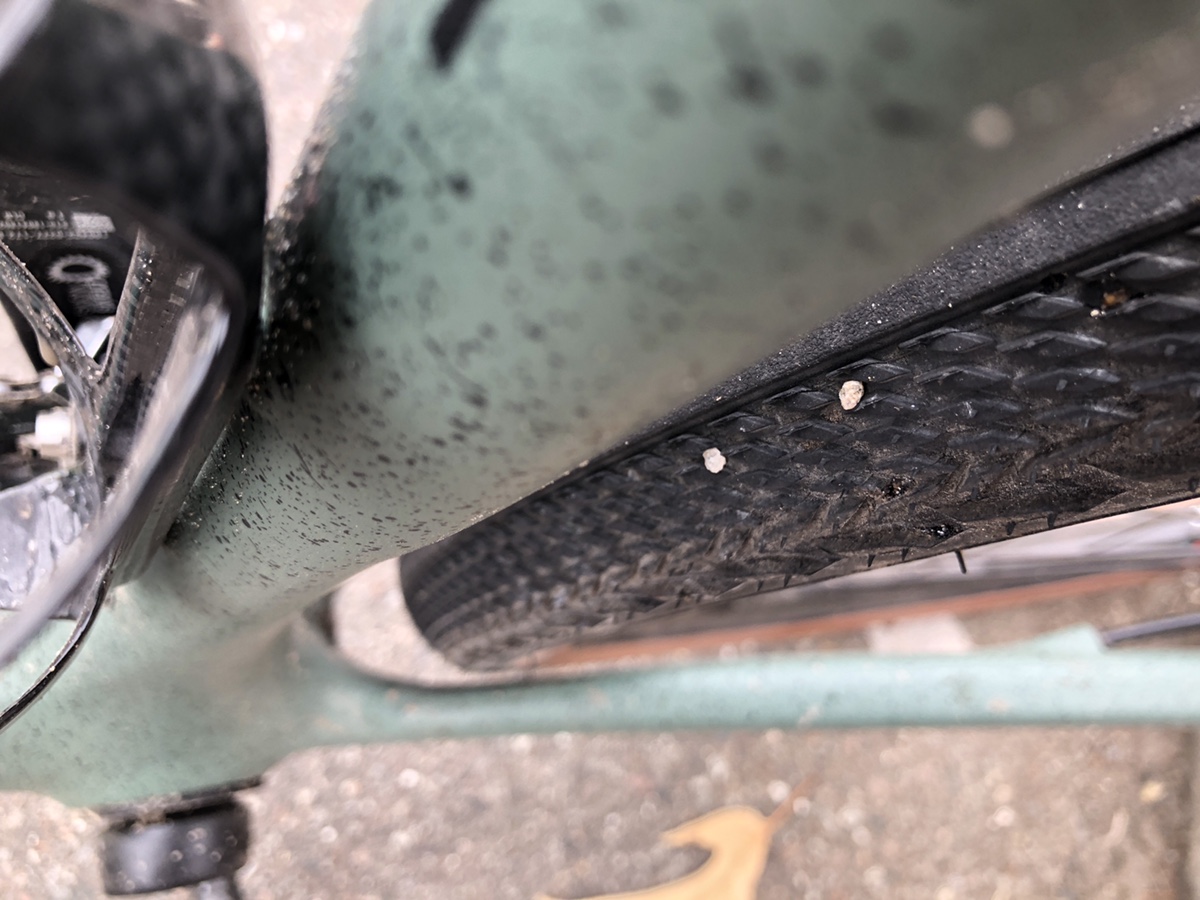 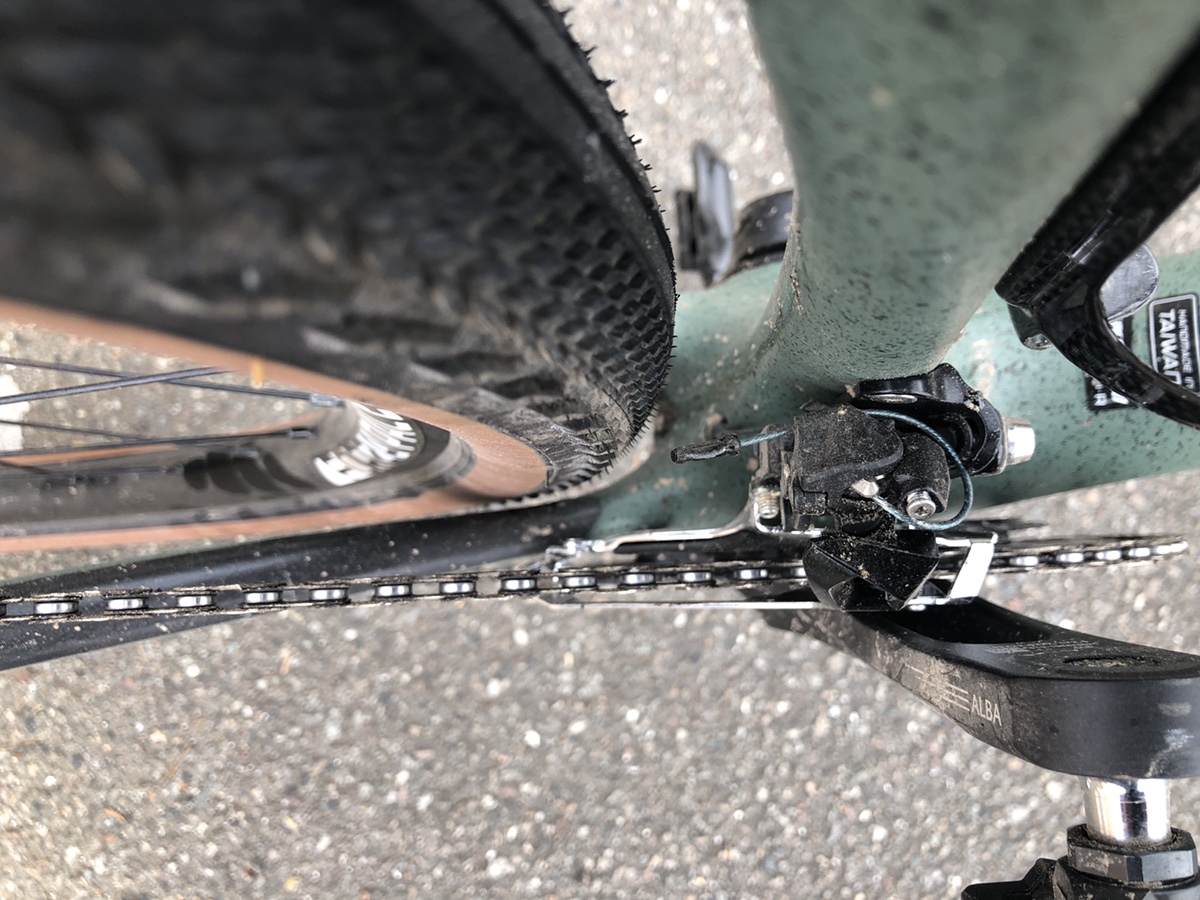 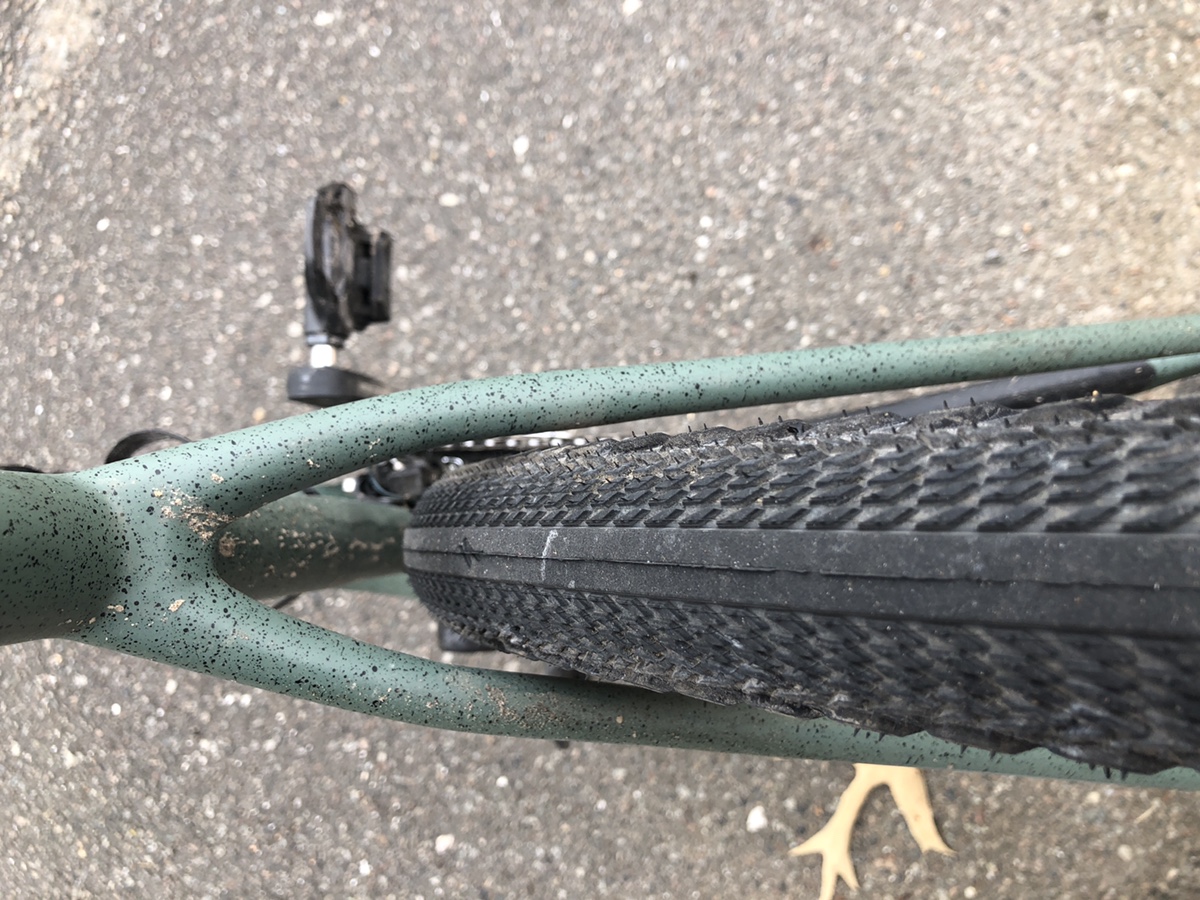 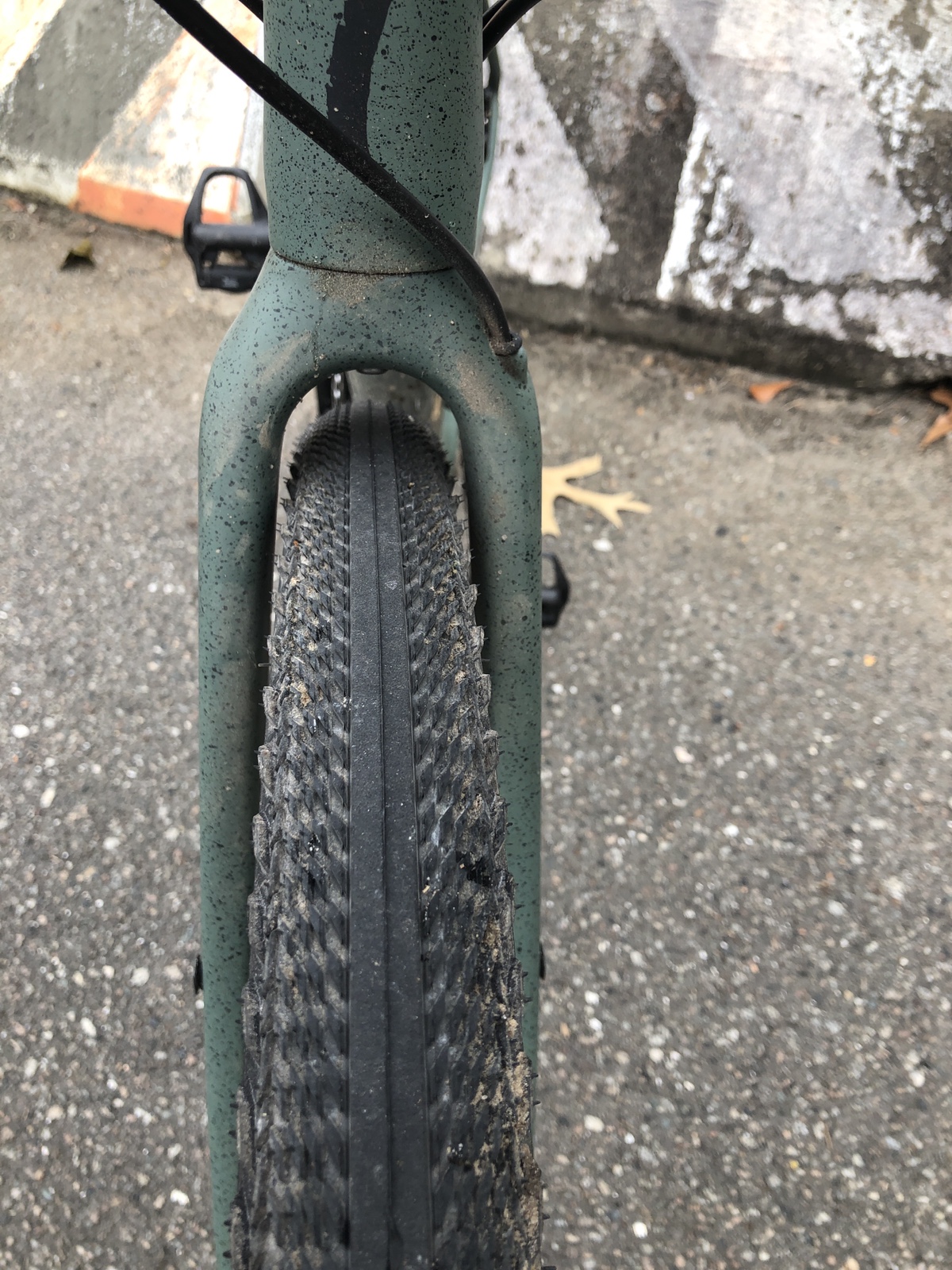 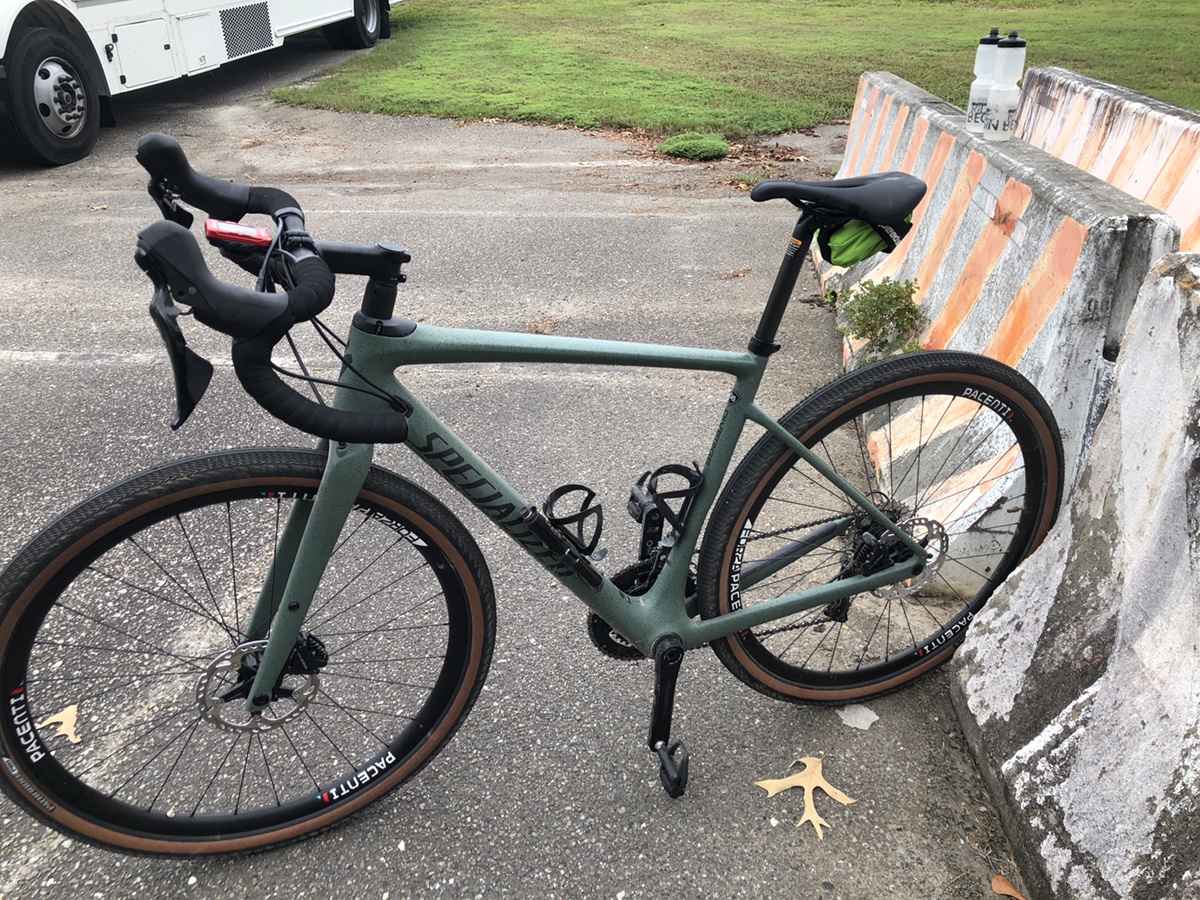 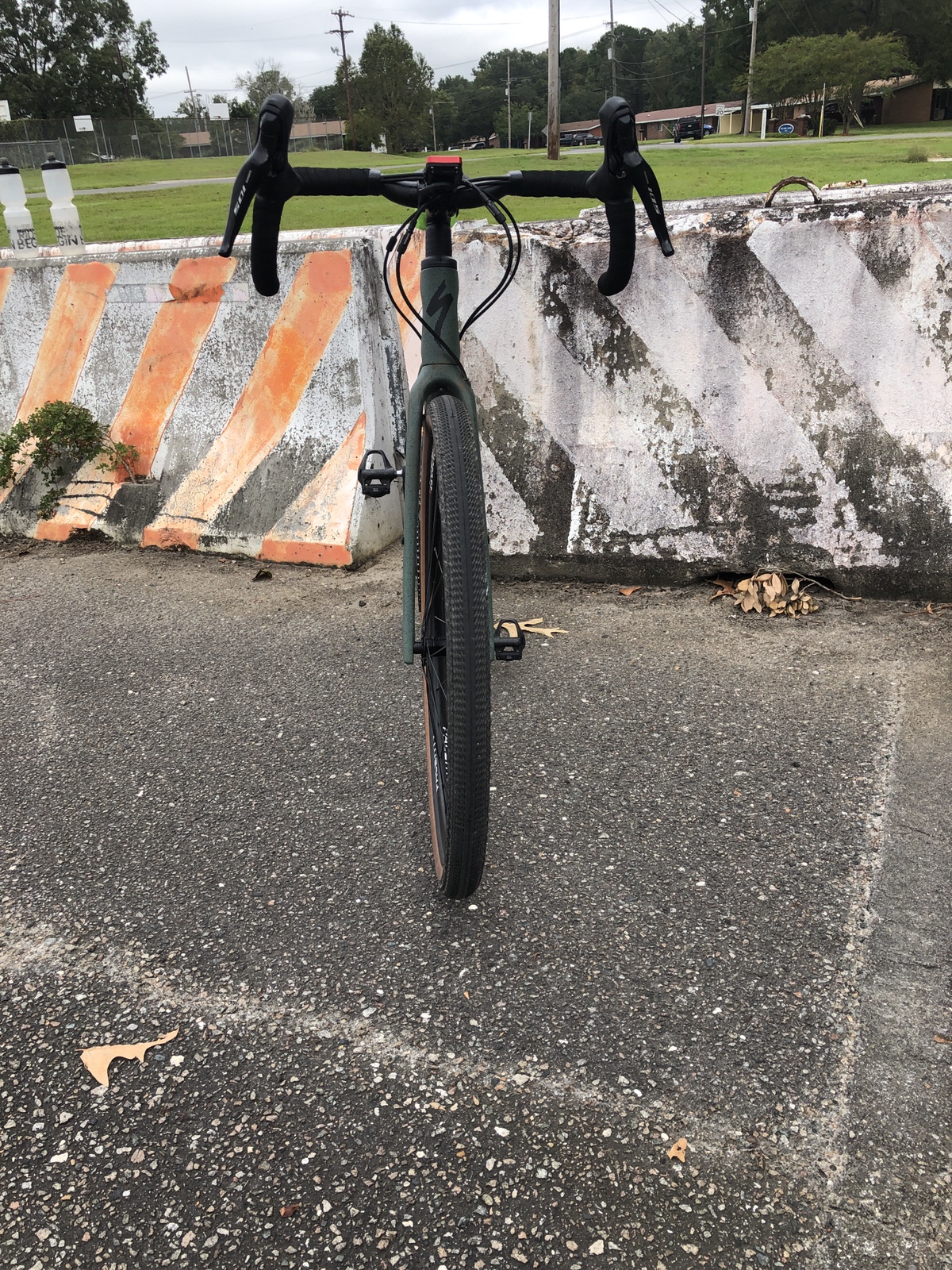 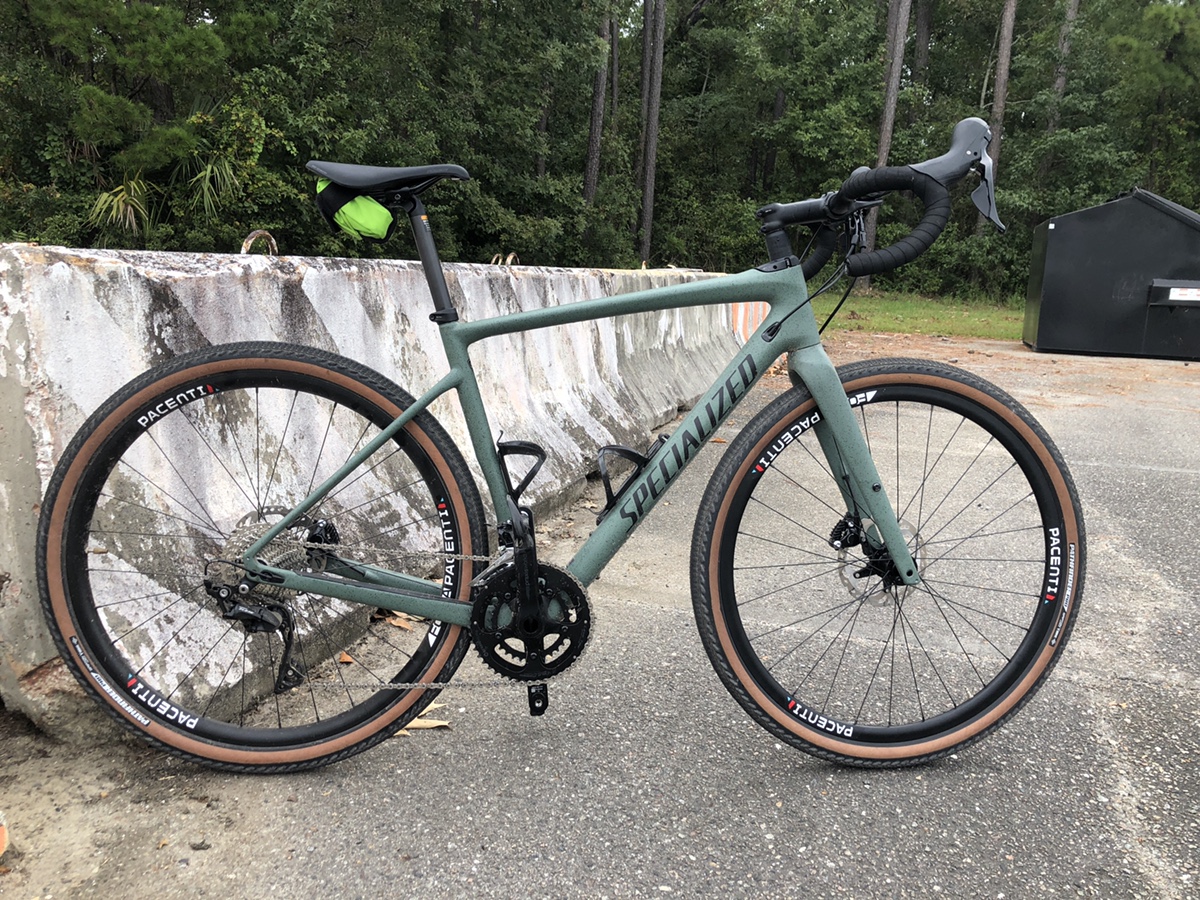 Bike looks great with that paintjob and the 650b tires.
Top

Thank you. I agree! I'm very happy with it.
Top

I stopped to lower the seat a few mm and decided to grab a photo. 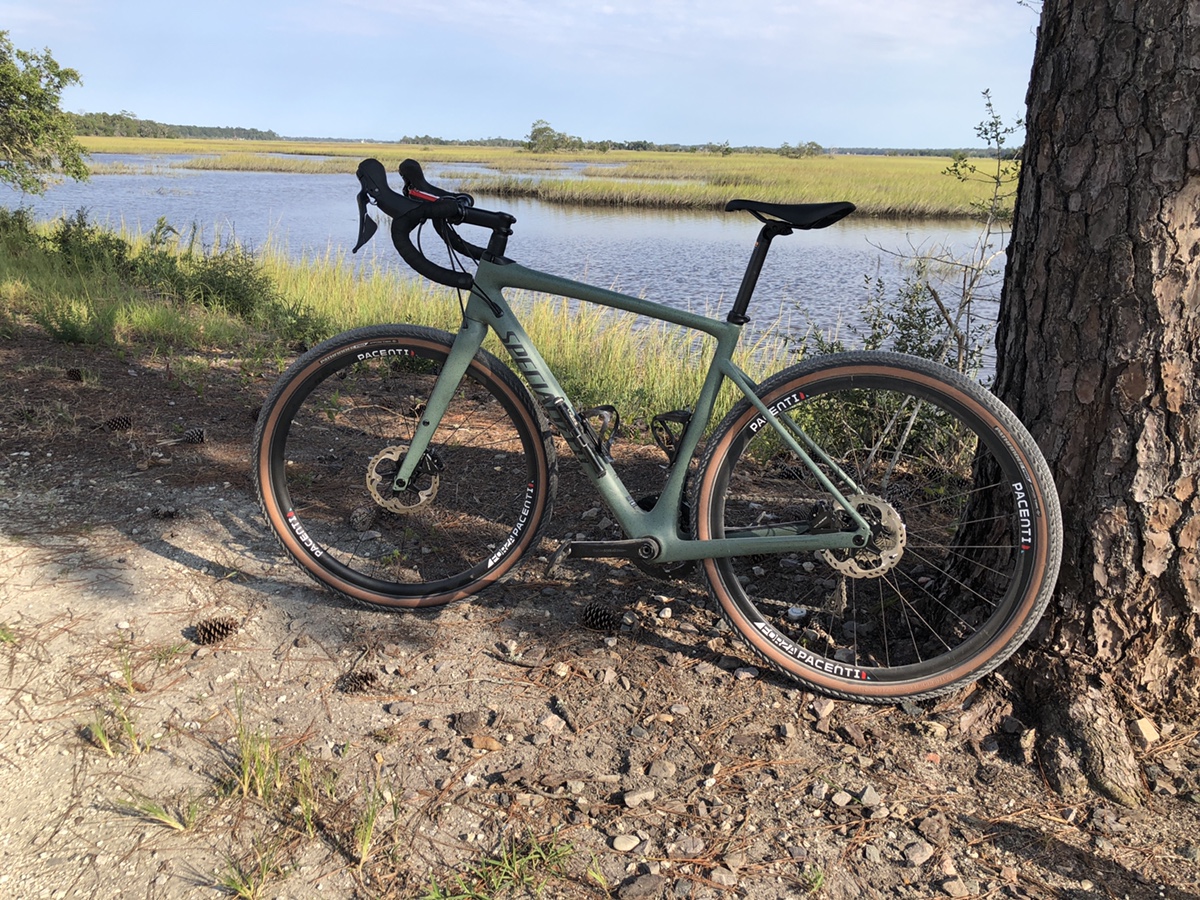