Hello from New Zealand! First post here but have been reading for a while, what an excellent resource of bike knowledge there is here!

I recently came across a beautiful CAAD7 frame on our local Ebay clone Trademe. Didn't expect to pick it up tbh but did for (what was I think anyway) a cheap price, so I have officially started a new build!

This is actually my first ever bike build. I only really got into cycling about a year and a half ago but have really taken to it and I enjoy the tinkering side as well, so this opportunity to build is perfect. Reading lots on these forums it was clear that even though it's an old alumnium frame, a sub-7Kg build should be relatively easy to do so here was the goal:

I've actually had the frame now for a couple of months and have been slowly cleaning it up while I scour Ebay and Trademe for parts. I've managed to pickup most of what I wanted now which is great. Here is my weight list so far - 'w' signifying that I actually have the part and have weighed it. Blank next to the weight means i've just researched the proposed weight. Thankfully I have most of the parts now anyway so it's looking good. 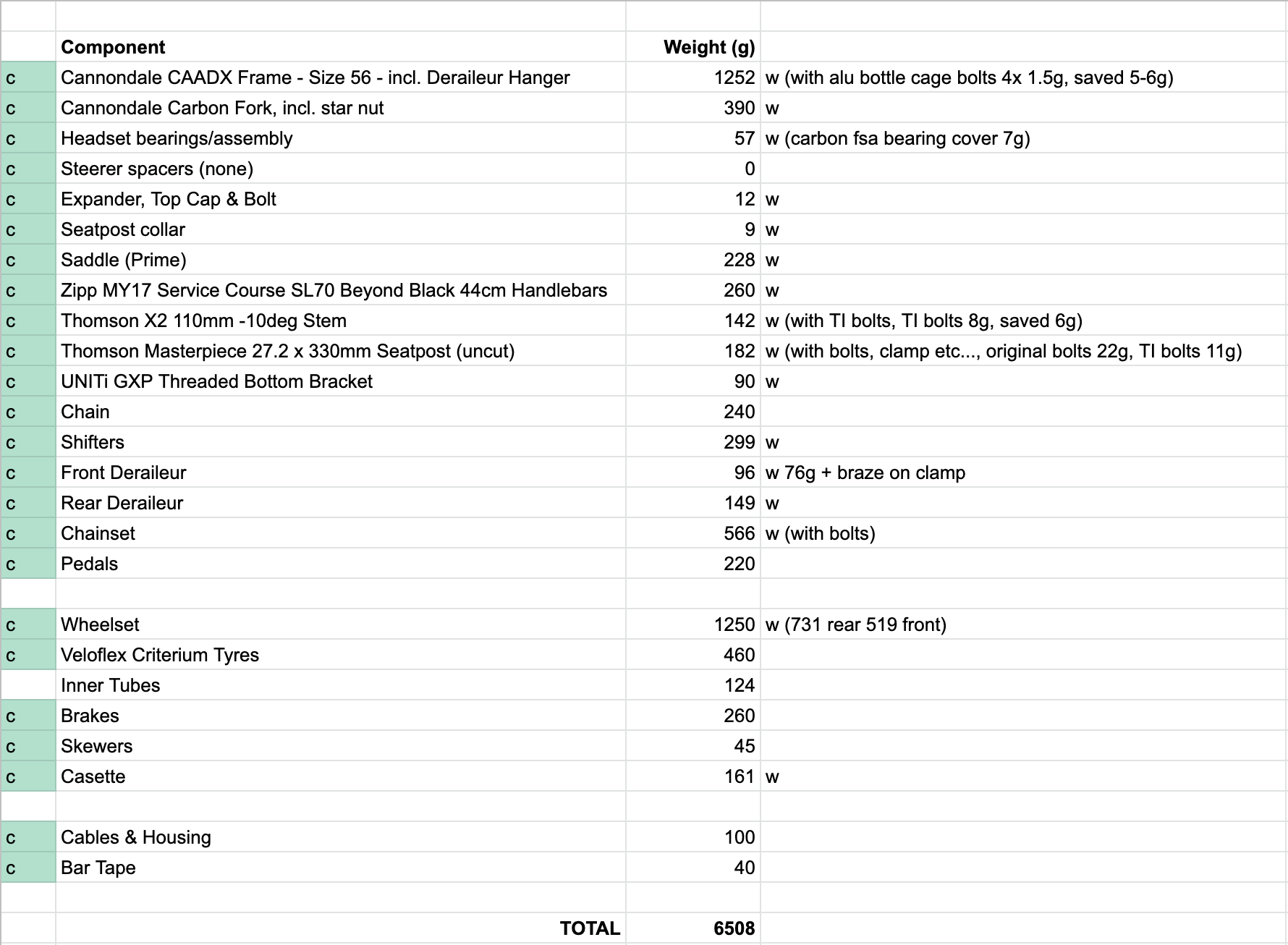 I'll detail more about the bike and parts in following posts and keep this post up to date with progress pic and weights. Any tips, ideas, thoughts welcome! 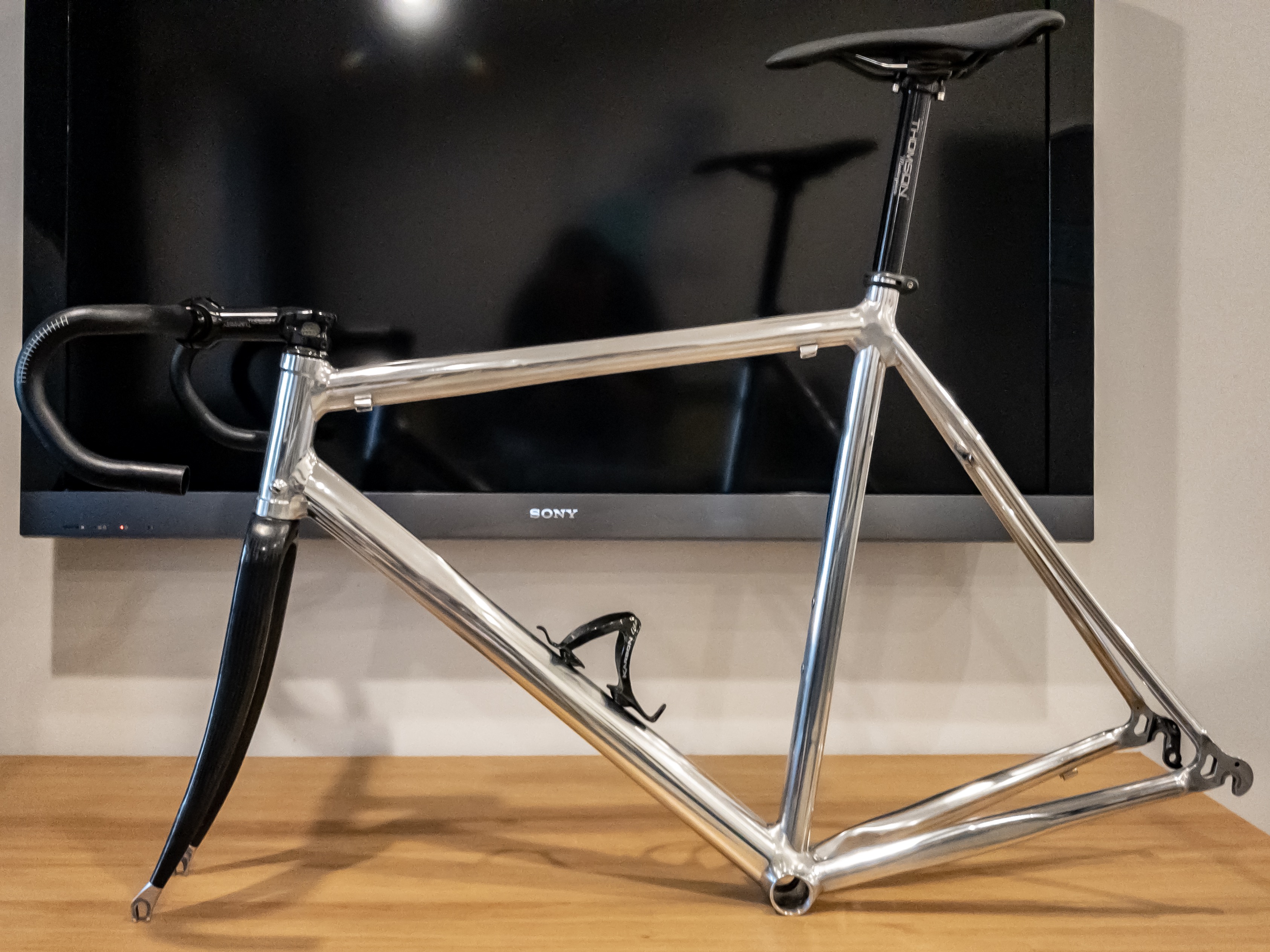 Wow. That frame is beautiful. Can’t wait to see it completed.

So as I mentioned, I picked up the frame locally on TradeMe (NZ Ebay equivalent) for a pretty good deal. I currently own a CAADX bike (first road bike) and really liked the idea of staying with Cannondale as I think their aluminium frames are second to none.

Here are a couple of shots of the frame as it came: 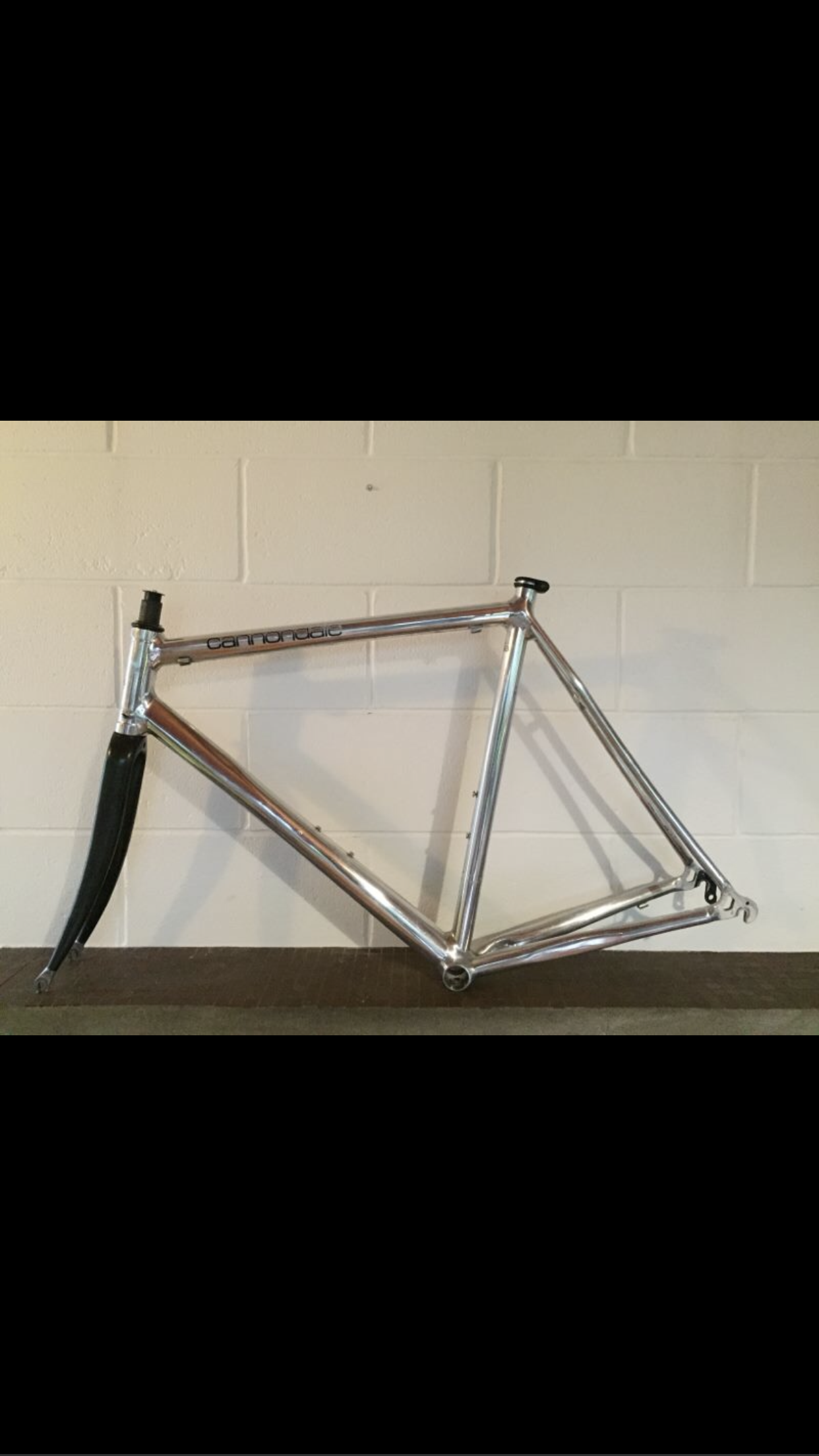 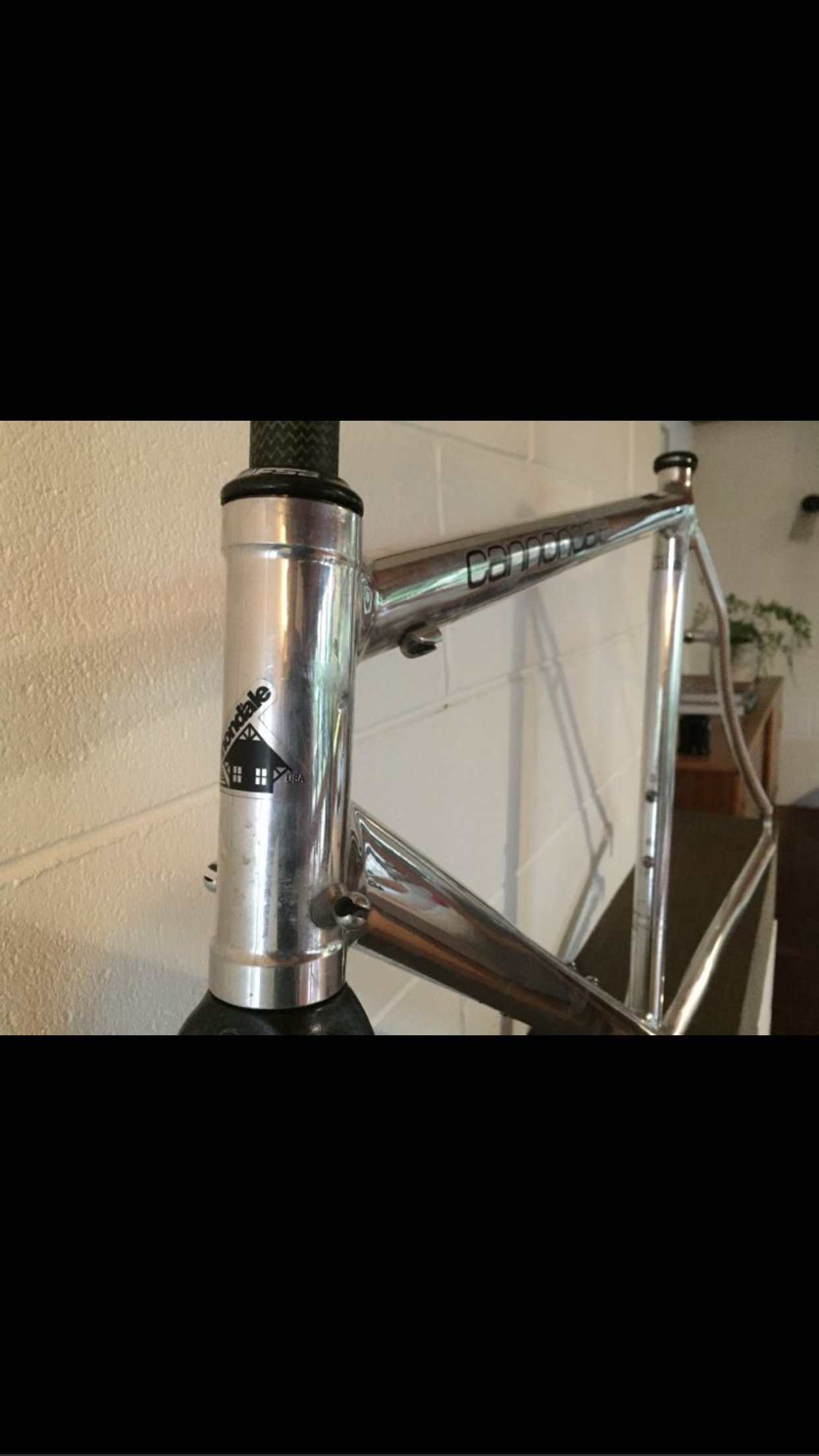 The frame was advertised as one of the 'rare' raw almunium finished CAAD7 frames that came out of the USA circa 2002/3. So the frame came with the raw finish, rather than having had the paint stripped. Digging into the Cannondale catalogue archives I figured the bike was either an old R3000 CAAD7 or the top tier Team Replica model. I posted on the Vintage Cannondale Community and someone very helpful there deduced that because of the BSA bottom bracket it must have been the R3000 as the Team Replica would have needed to be BB30 for the Hollogram Crankset.

So here's a rough pic of the original frame/bike: 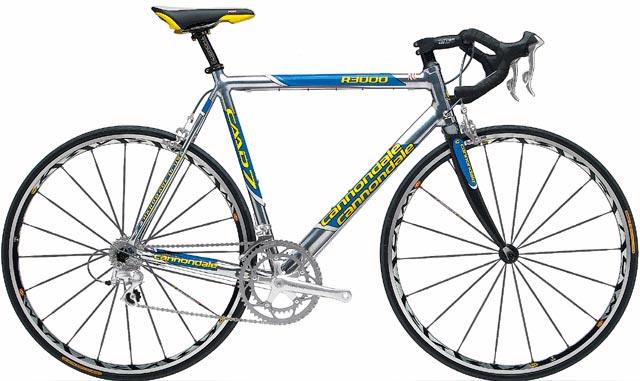 As you can see in the original photo's, it's in good nick but in need of some care and cleanup. The auction stated there were no dents and they're right, but it definitely had a few scratches and lots of old road grime etc... covering it. I really loved the raw aluminium finish and wanted to keep it so looked up how to repair, sand and polish aluminium and set to it. The results are not perfect (still) but over the last month or so I think i've gotten it to a point i'm happy with. I also removed all the stickers (they were aftermarket from the previous owner anyway) and cleaned up all the residue. I'm undecided if I will add any stickers to it myself, I kind of like the "debadged" look anyway. 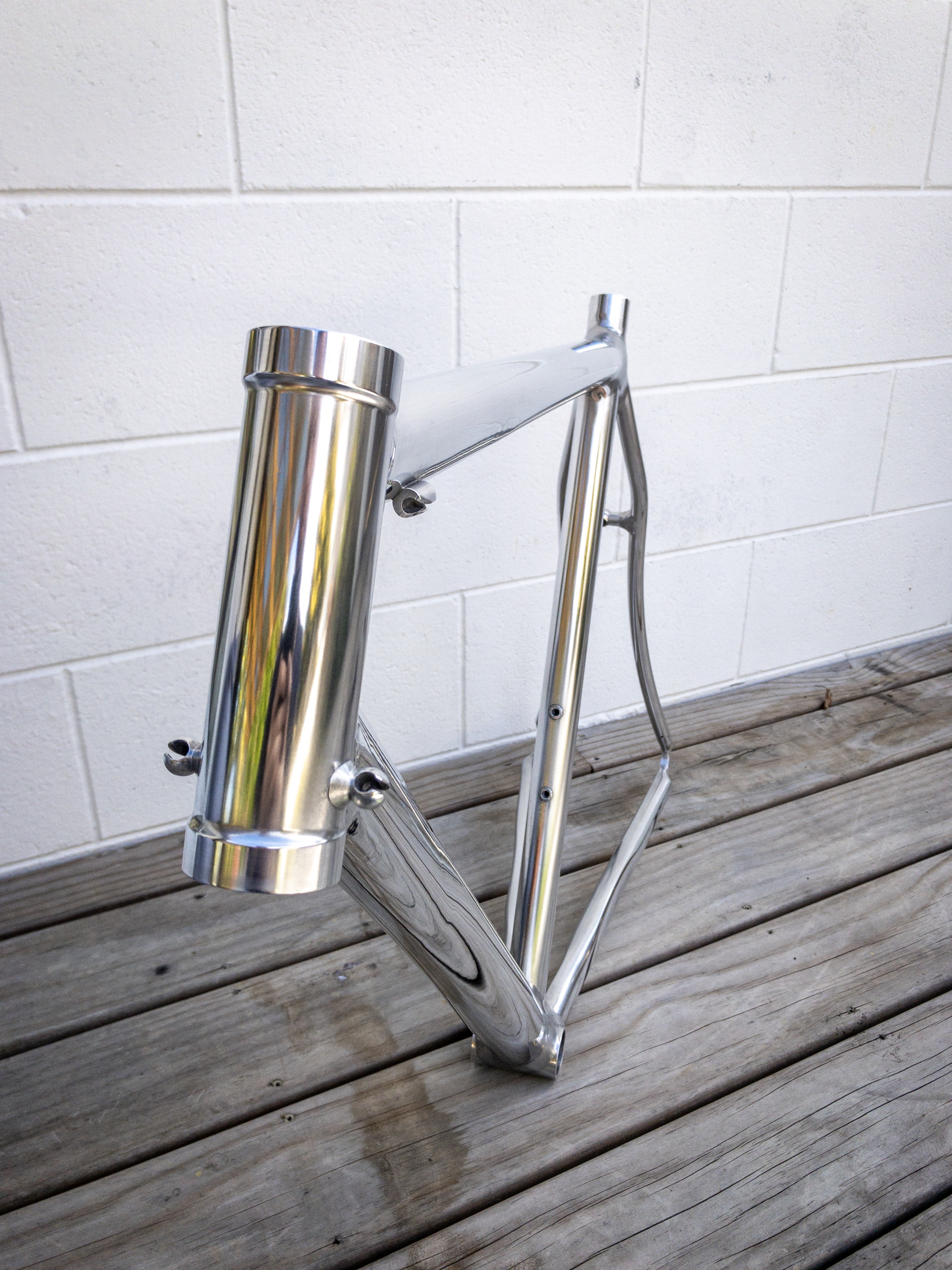 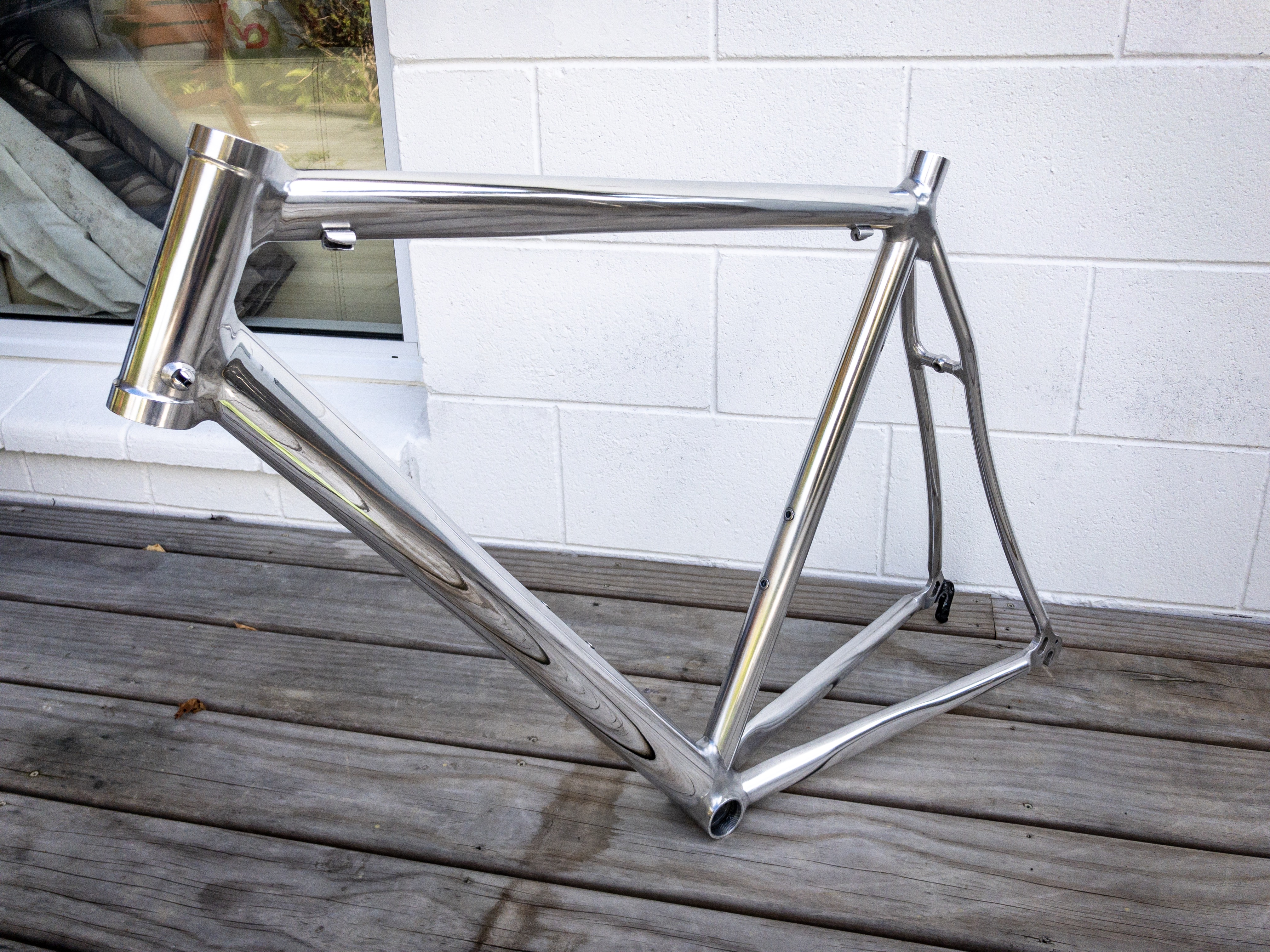 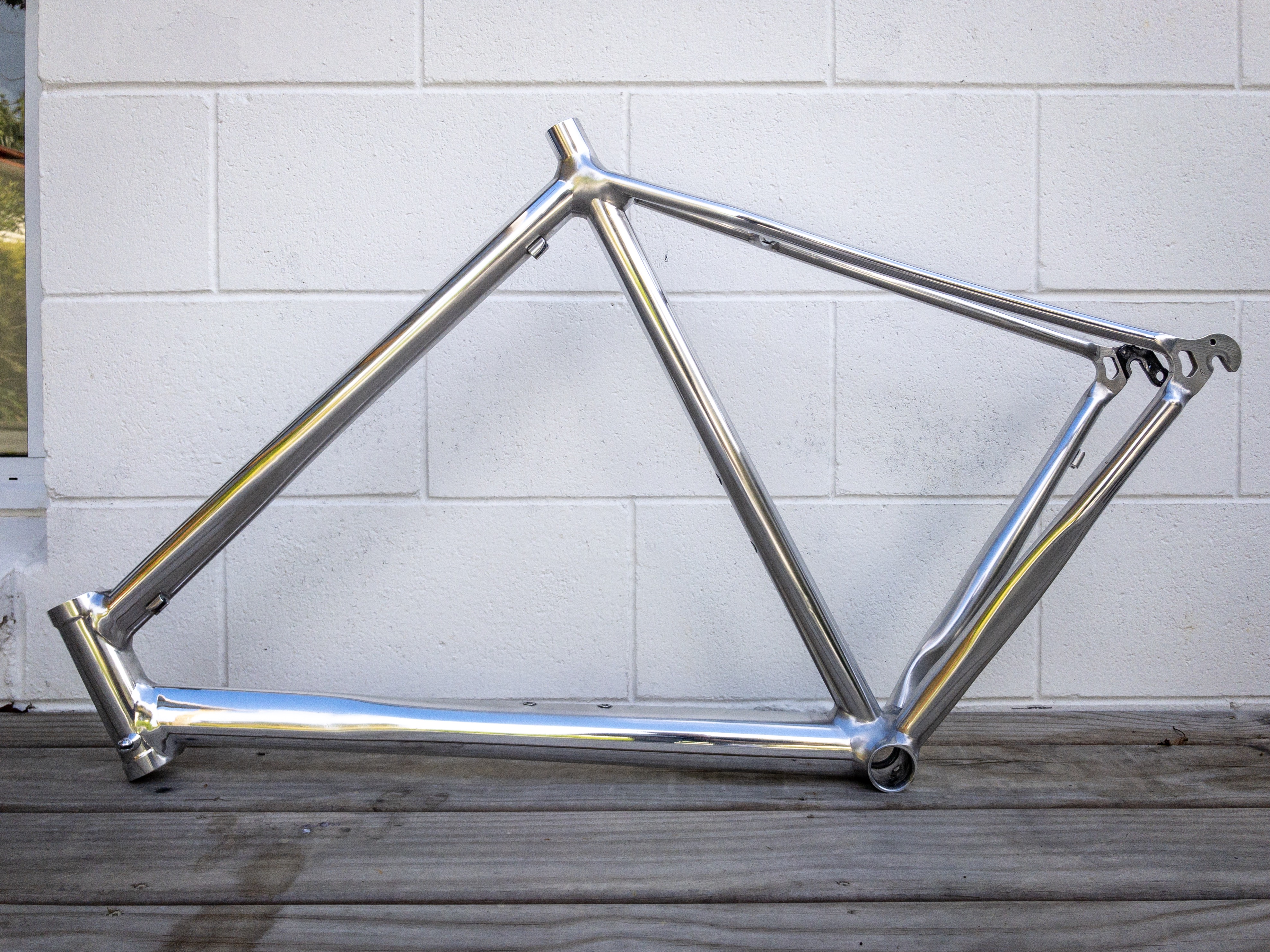 I've been scouring these forums and others and have found quite a few other example of these polished alumnium cannondales so it's certainly nothing original, but still something a little bit special I think. I purchased a crankset from another guy who knew the original owner of this frame and he said everywhere they went people oggled over the CAAD7 even when he was riding a $10K+ SuperSix or whatever. So i'm stoked to have it and to be able to clean it up nice again!

Bottom Bracket first, just because I haven't seen a lot of people talking about these BB's in other threads. I have SRAM Red cranks and I had originally planned to just fit the bog standard Truvativ BB because it's cheap (around $60 NZD here, sometimes less on sale) and get's good reviews. The only downside to it is the weight of 118g. That's the price you pay for GXP cranks unfortunately!

Anyway, I was determined still to see if there were other options, aside from the $200-300+ ceramic options which just seem like crazy money. And one day I found UNITi. 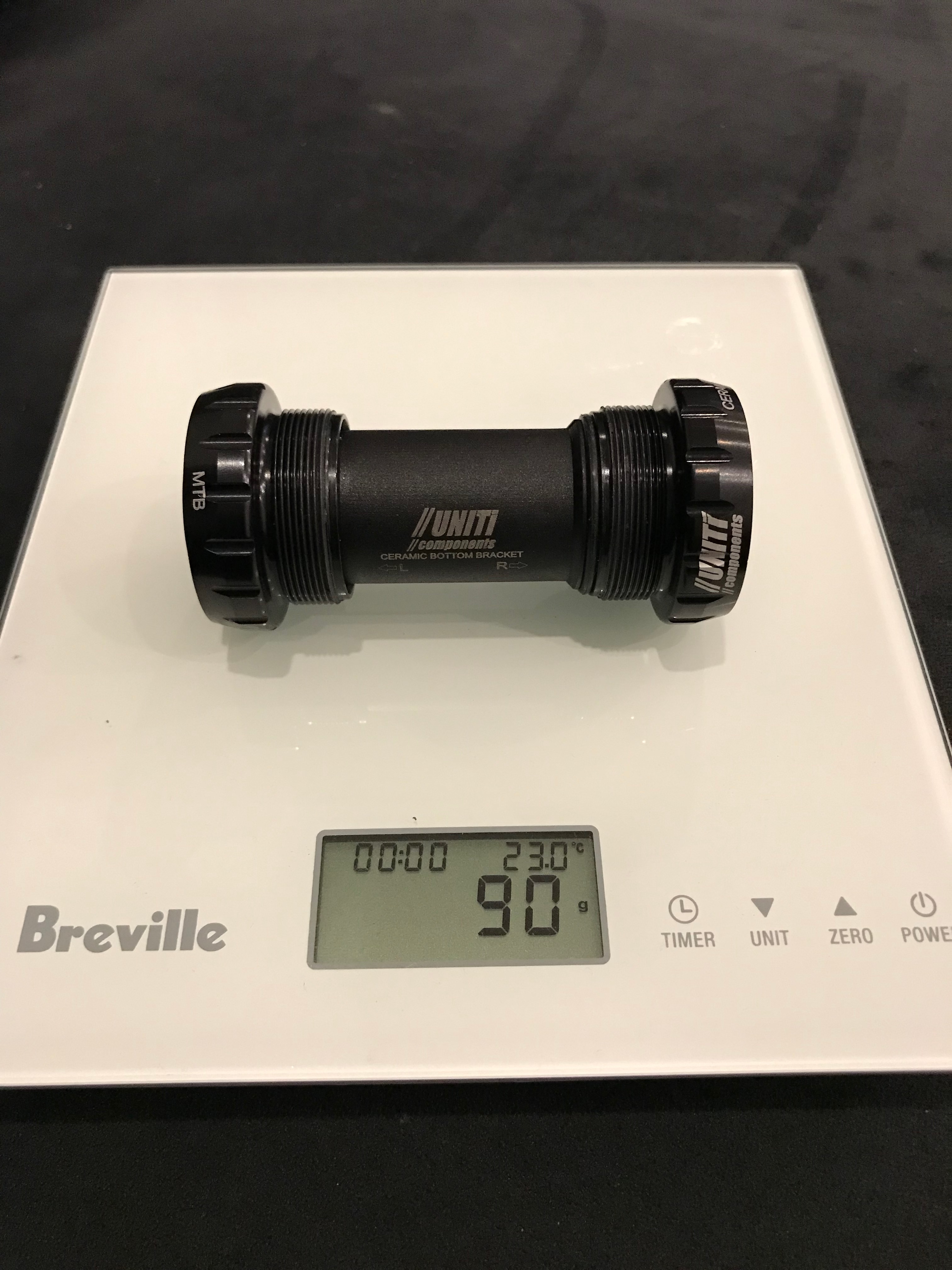 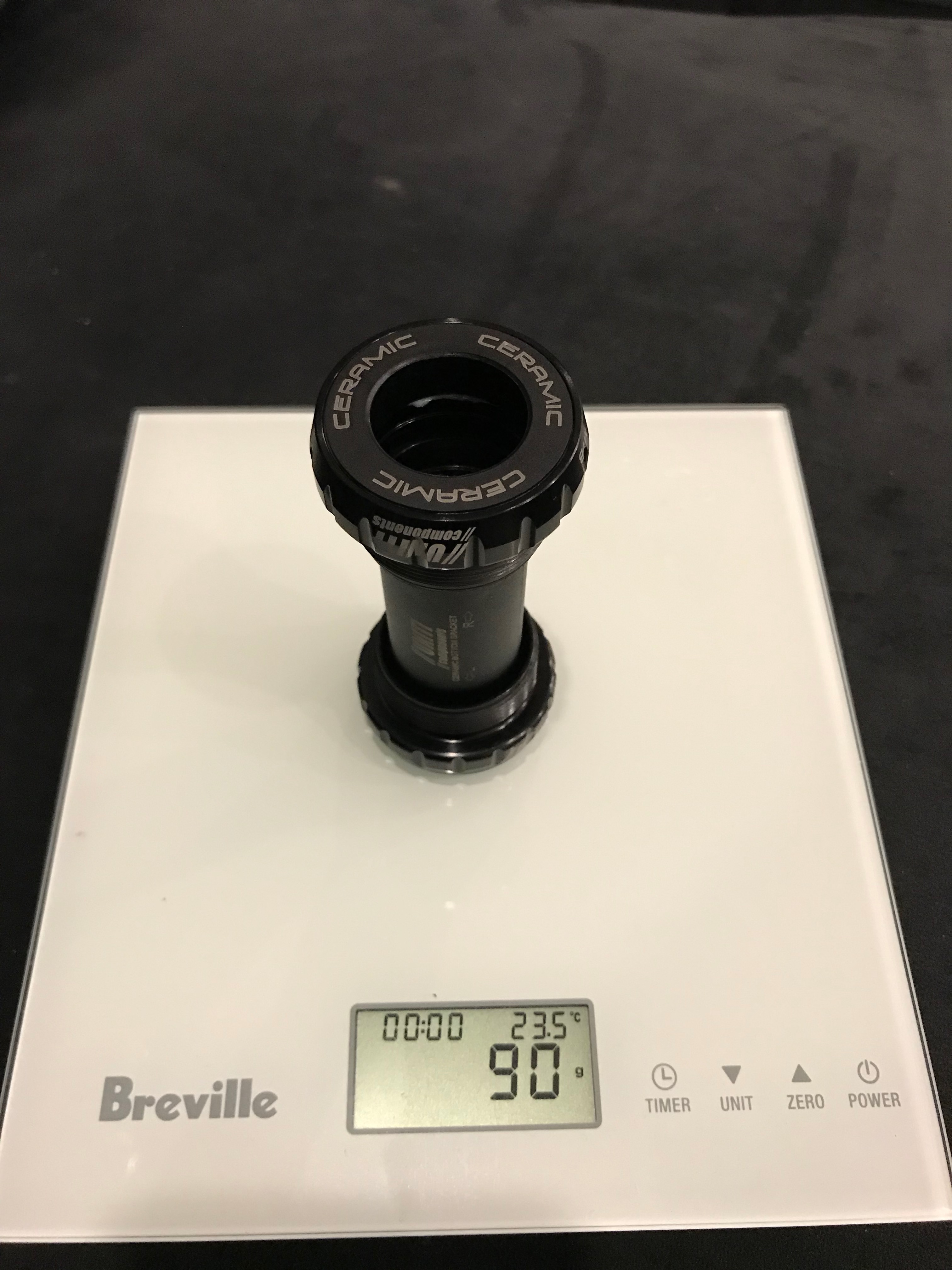 £54.99 + Shipping from Fix Cycles (UK) so definitely more $$, but not ghastly expensive. And claimed weight of 87g - as you can see it's actually 90g. Anyway, I decided that was the 'middle ground' I was after - significant weight saving but also not worryingly cheap or super expensive.

I had also see the ZTTO options on AliExpress. I think they offer a claimed "Ceramic" GXP BB for about $29 USD (or something close to that). I decided that was just way to cheap and not worth taking a risk with (but would love to hear if others have done?).

Tbh I'm actually wondering if the UNITi and ZTTO are really just the same product (both say they are Ceramic but are hellishly cheaper than official options), but just marketed and branded differently. I could be wrong but based on looks there isn't a whole lot of difference really, neither from the Truvativ version though either.

Anyway, i'm pretty happy with the weight saving, even though it blew my budget a little.

Anyone else on here had experience with UNITi bottom brackets? 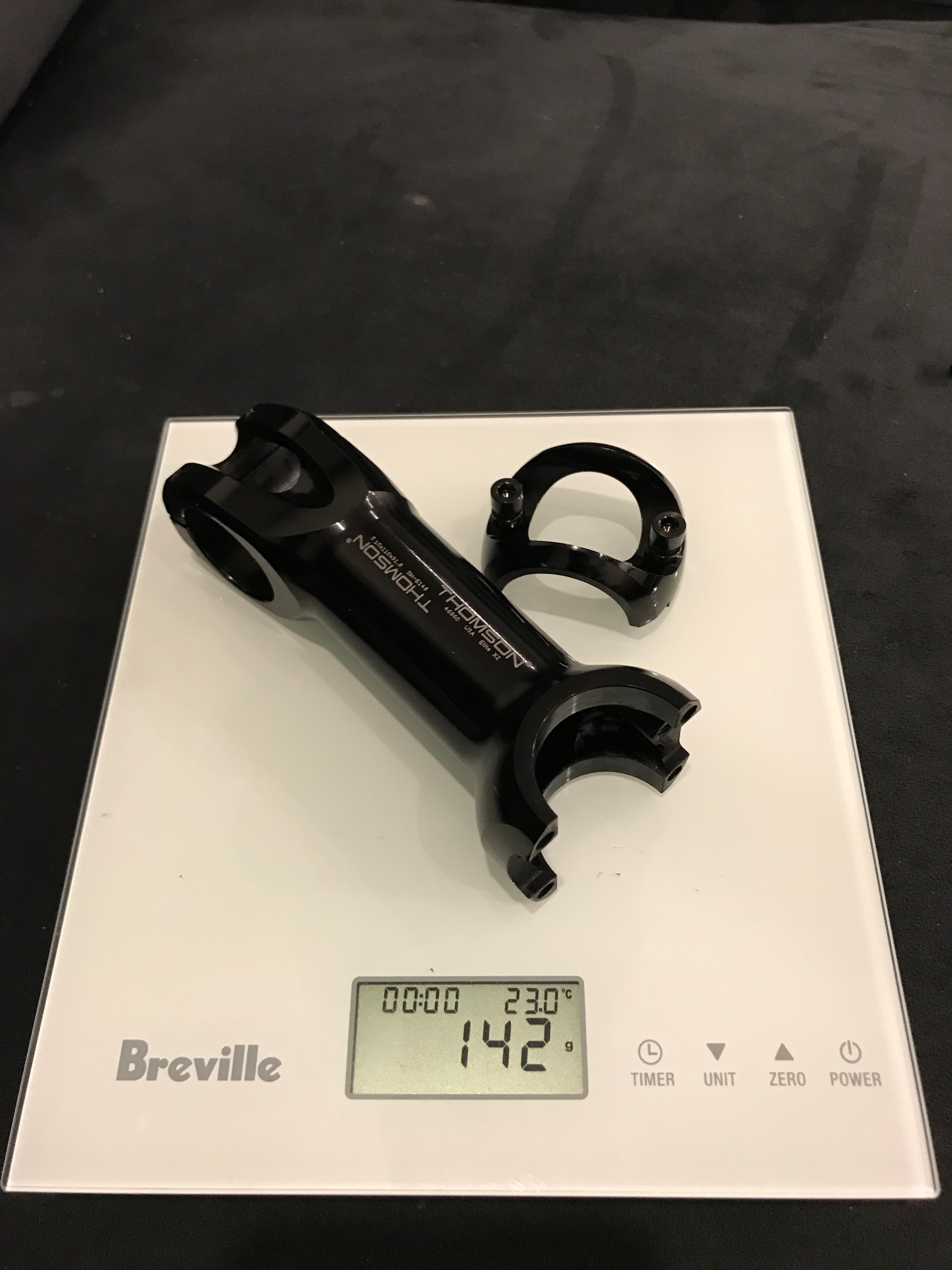 I'm actually a bit disappointed with the Thomson stem weight. Everyone raves about them so I wanted to give one a go. I actually got this stem and the handlebars from the same guy who had the frame so they were very cheap. One day I might swap out the stem for something lighter, even my old Cannondale C3 stem from my CAADX would be! For now though i'll stick with it to see if I like it and have replaced all the bolts with Ti bolts from Ebay. 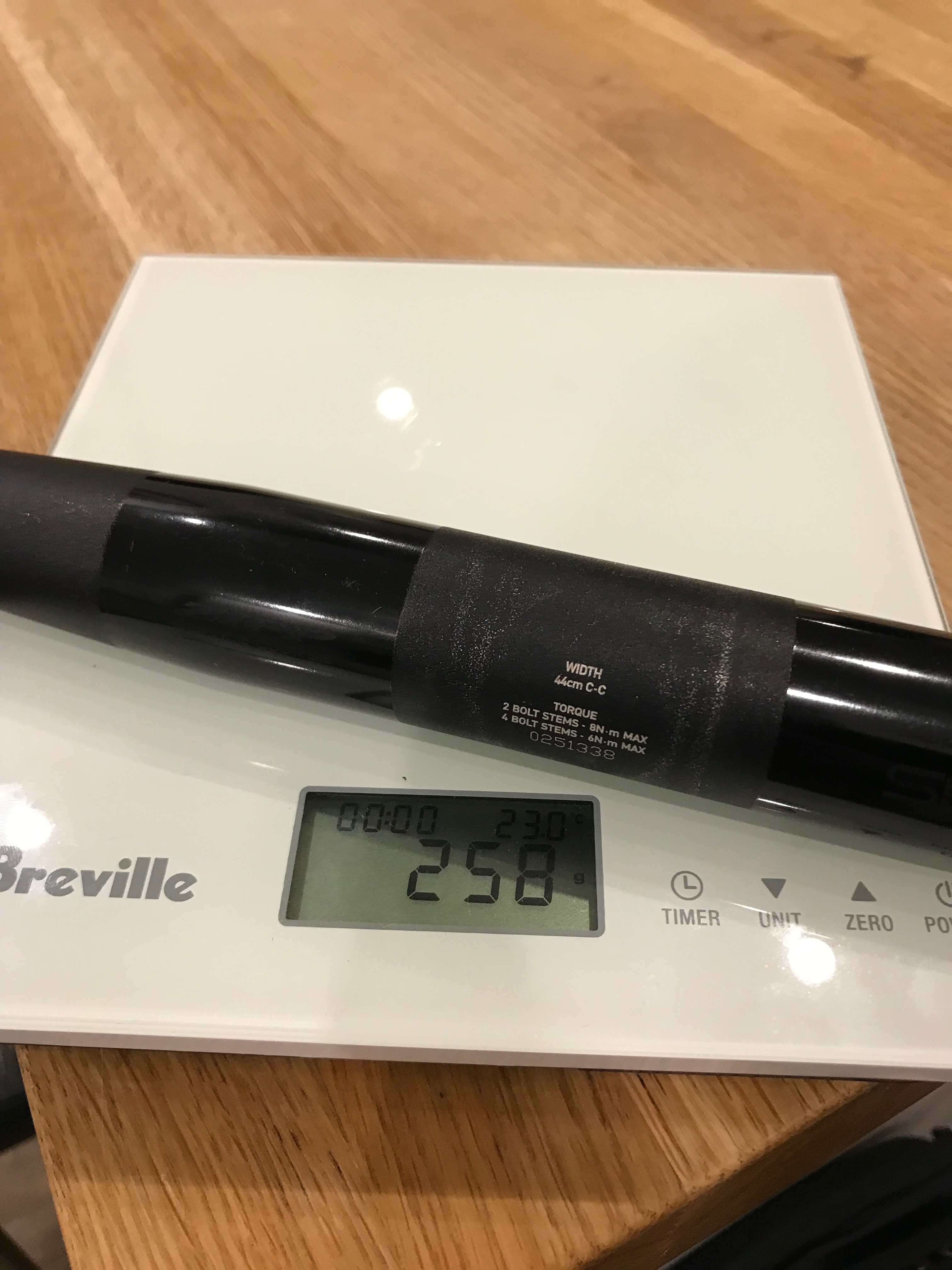 Zipp MY17 Service Course SL70 Beyond Black 44cm Handlebars. My preference would be for something a little bit narrower (40 or 42) and ideally lighter, but this is a budget build so happy to stick with these for now. As I say, I got them from the guy who sold the frame as an afterthought and were cheap. 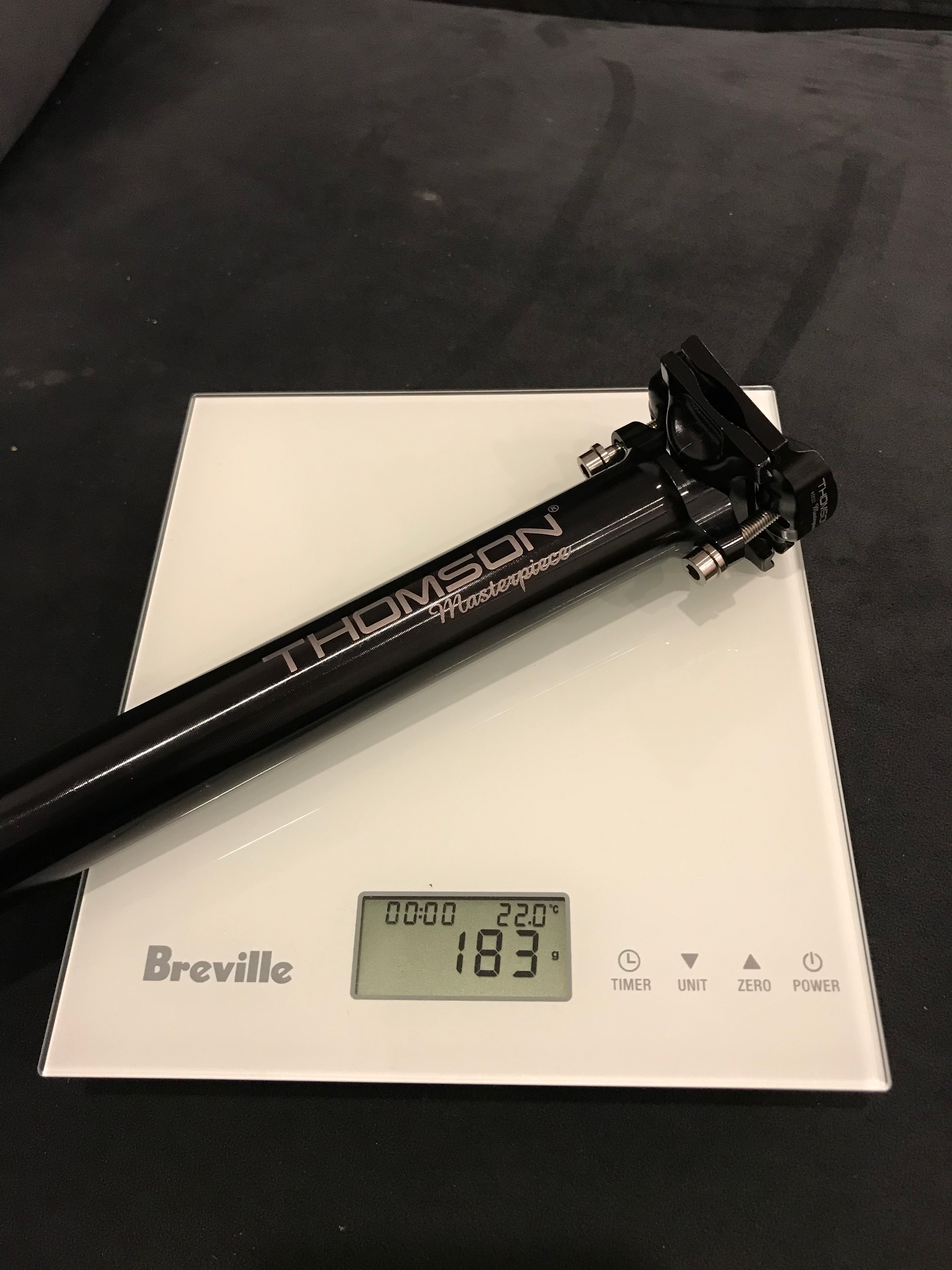 The whole project actually started because I was bidding on this Masterpiece seatpost for my CAADX! This is also from the same guy with the frame, I was bidding on the seatpost and then saw the frame he also had for sale. Decided to keep it for this build since picking up the frame and have replaced the clamp bolts with Ti ones. 27.2mm x 330mm, uncut.

Groupset wise I did to-and-fro a bit. The original bike (now i've found out what it was) would have been running Dura-ace and this is what the previous owner had. I currently run Shimano on my other bike so it's what i'm used to, but I was also keen to try something else.

The alure of Campagnolo I think was strong, and I actually ended up buying an old Record rear derailleur on Ebay (still have it if anyone wants it??!). I like the idea of building it up basically the same spec as the Team Edition, or Black Lightning CAAD7's. Alas, after weeks of searching I just couldn't get shifters and other parts even remotely close to my budget.

I decided in the end to go full SRAM Red. Mostly old 10 speed parts to keep the cost down, but the front derraileur and crankset are both 11 speed. Weight wise it definitely wins out and i'm happy to be trying something new.

All parts grabbed on Ebay pretty affordably. Cassette is unused. I've heard the old OG1090 cassette's aren't that great but i'll give it a go and if I don't like it can swap it out for an Ultegra or Dura-ace. 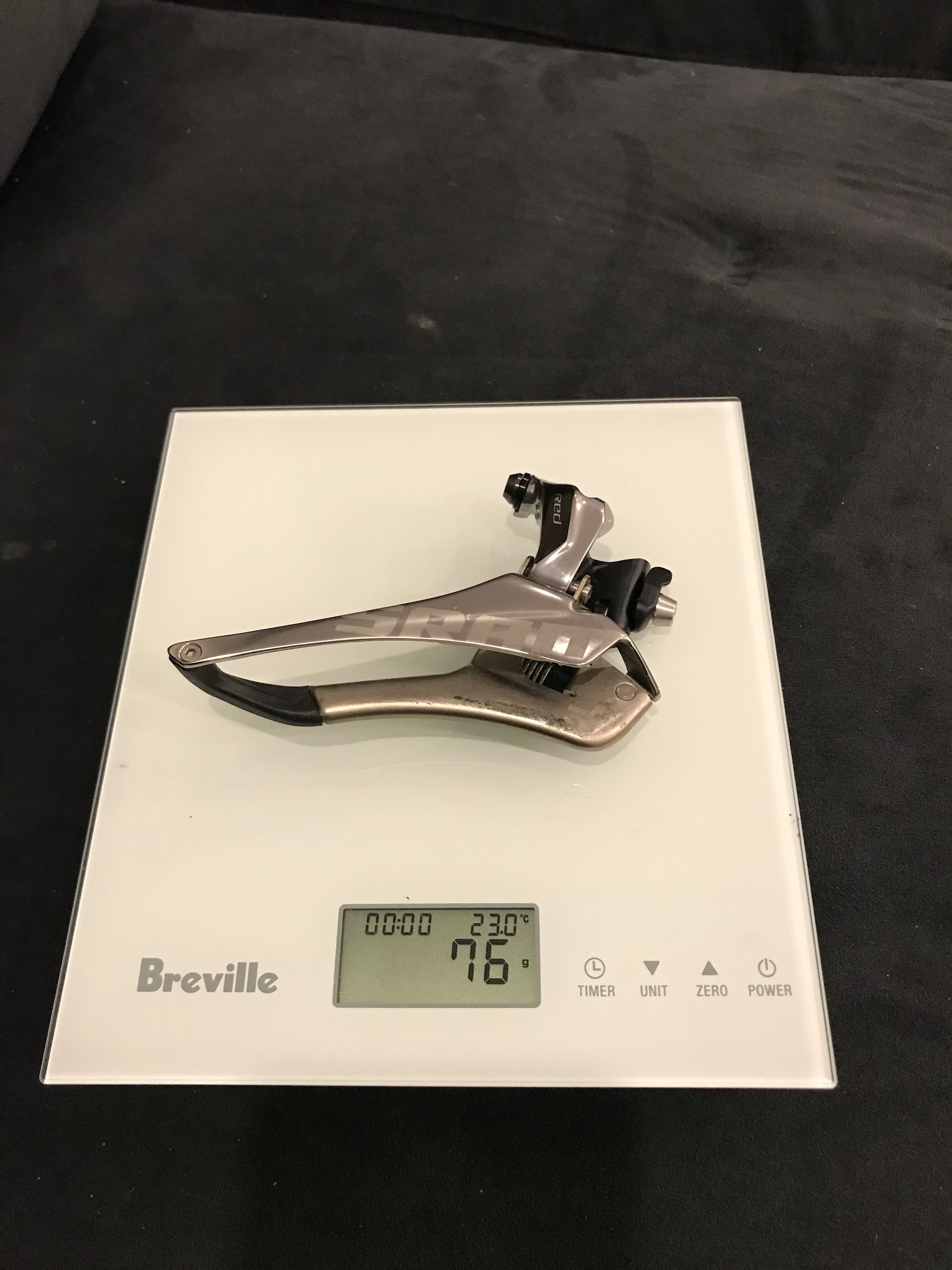 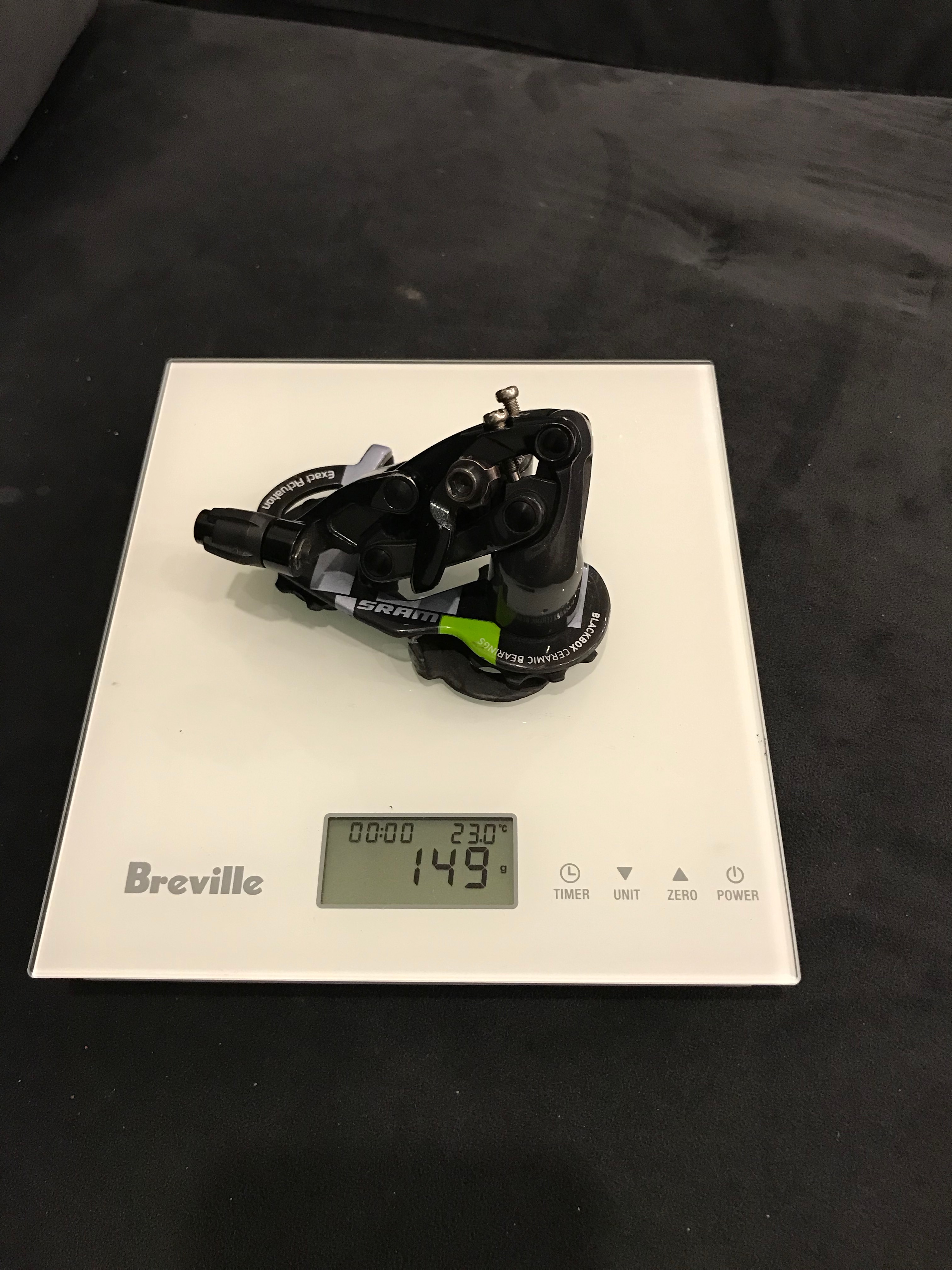 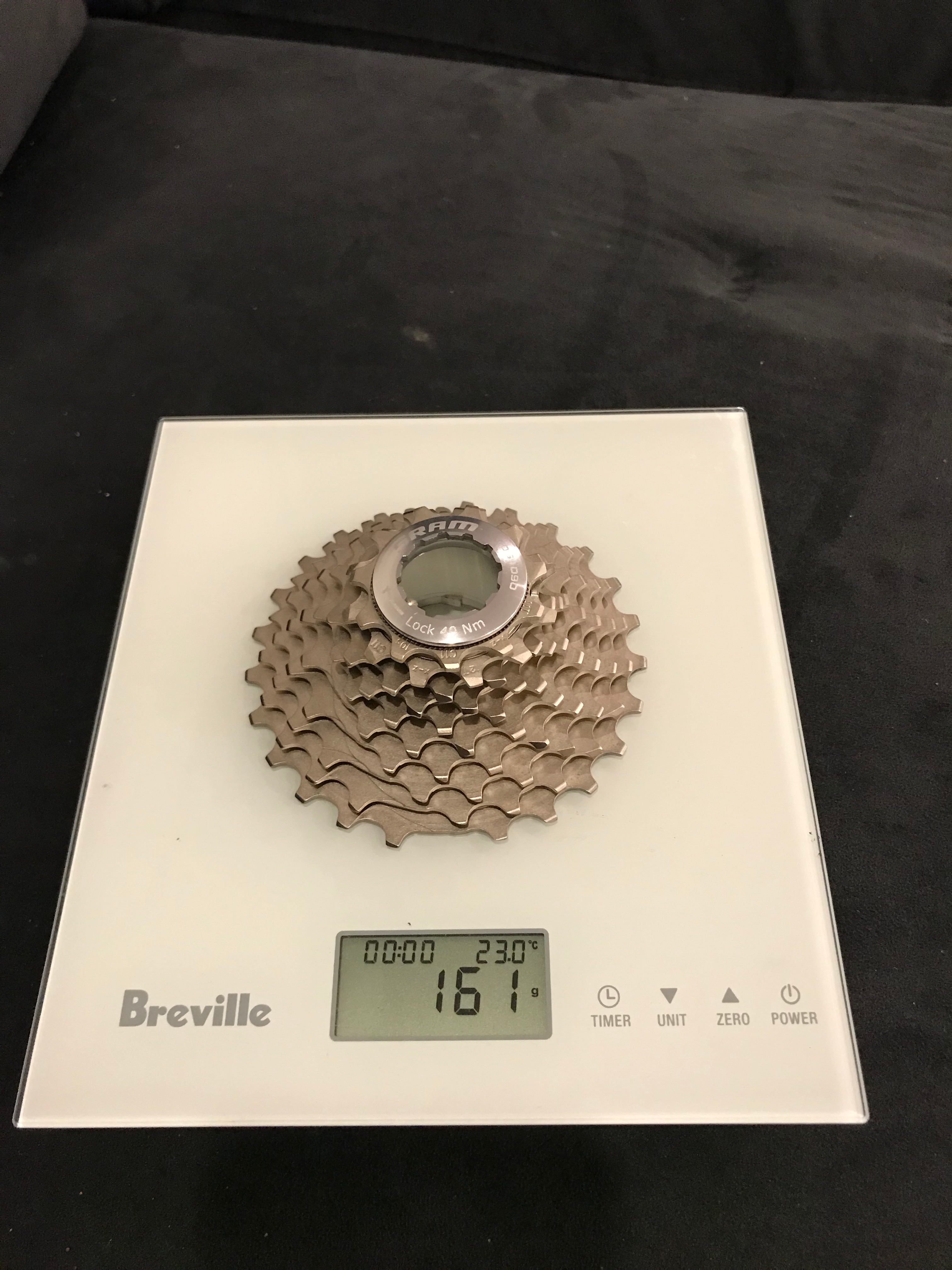 These are fun builds and when you are done you will find this Cannondale rides just as well as the newer uber priced bikes. Have fun
Top

Brilliant, keep up the good work

If it was me, I'd want the Cannondale decals just so it didnt look like one of these cheap fixie frames. But either way its gonna look and ride good
2017 Giant TCR Disc
2015 Giant TCX
2016 Cube Stereo 140
Top

Awesome.
I will be watching this one with interest.
Top

Awesome!
Budget weightweeniesm is right up my alley.

Check out my Cervélo, I'm sure you can take some ideas for your project there.
viewtopic.php?f=10&t=154636
Top

Love the premise of the build and that frame is gorgeous.

I’m rebuilding my CAAD10 at the moment - these are great frames, and ride so sweetly.
Top

Thanks so much for all the words of encouragement! I'll be posting more pics as soon as I can!
Top

If it was me, I'd want the Cannondale decals just so it didnt look like one of these cheap fixie frames. But either way its gonna look and ride good

You make a really good point re: the decals. I've seen one posted here before that just had a small cannondale logo on the top tube which looked good so that's another option i've been considering.
Top
Post Reply
51 posts