No, just outside my hometown. Why? Concrete blocks?
GHOST Nivolet EBS (5.95kg)
Top

No, just outside my hometown. Why? Concrete blocks?

Have fun with your bike!
Top

Change the inner tubes to vredestein latex(50 gr each). That is -60 gr! Tip: buy then at van eyck in Aalst - Belgium (or webshop)
Top

Have fun with your bike!

Thanks. Less weight, more fun. It's a proven fact for me

Between some of the blocks there is some gap, just enough to put tire in and not to damage rim. Here is two slightly older picture. On this one, you can see that gap in background. 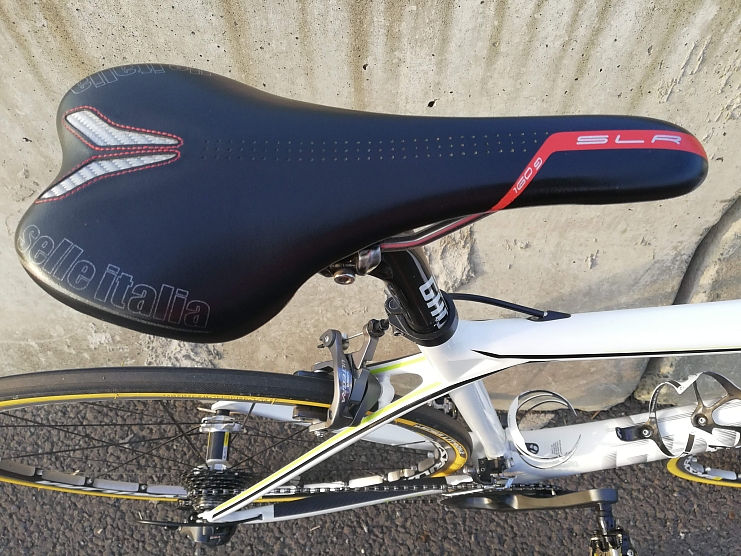 Actually, it became my favourite spot for taking photos of bike. From spring to autumn I ride frequently on that road. It is almost dead straight for 8,5km. Ideally for short TT ride with no side roads of any kind. Just, head down and spinning pedals.
GHOST Nivolet EBS (5.95kg)
Top

Get some Tubolitos instead of latex =)
Top

Interesting. Anybody using that?

Since I cutted off more tubes when mounting it than riding it, might even be interesting to try. Of course, under the condition that I don't mounting them

Me, no problems during last year, except that one tube leaks more than the other. I pump these up every other ride, so you might not like that.
My bikes: Aethos S-Works (4.96kg), Hongfu FM079 (5.13 kg, retired) | Attached images userscript
Top

No, I would not.
It's like latex then, regarding maintaining more or less constant pressure.
GHOST Nivolet EBS (5.95kg)
Top

Xpedo R-Force Ti pedals came and with their 167g that would be 125g drop from Shimano A600. But, unfortunately, that will not happen. On my first run, after just a few kilometers, I felt ... Is not good. A similar problem as with some Wellgo pedals two years ago, but many times harsher effect on the feet, legs ...

As if foots are forced to some undesired angle. To be more interesting, Xpedo has much bigger float than Shimano A600.
It's hard to describe really, but after that few kilometers you don't have the power, and it's as if something is twisting your leg bones, the center of your legs. The contact area is not painful, but it seems like you do not have the proper connection with pedals, good energy transfer.
Is it because really small contact area or something else, I don't know, but such a bad feeling I haven't had on bike never - ever.

So, Xpedo off the bike, Shimano back on - and that's it regarding pedals. No more experimenting, A600 would stay probably for a long time. I knew there is a possibility that new pedals wouldn't suit me that good, but I couldn't imagine such a drastic difference.

So, in just a week I have gained weight of my bike, instead of droping it.
I changed stem to PRO PLT, only for better bike fitting and more racing position (10mm shorter, 4 degree less), and that (even with Ti screws and lighter face plate) added 11g on the bike.
So, not a good week "on the scale" and now will be more difficult to go sub 6.5kg. And more costly, that's for sure.

Pic from today ... just outside the house. 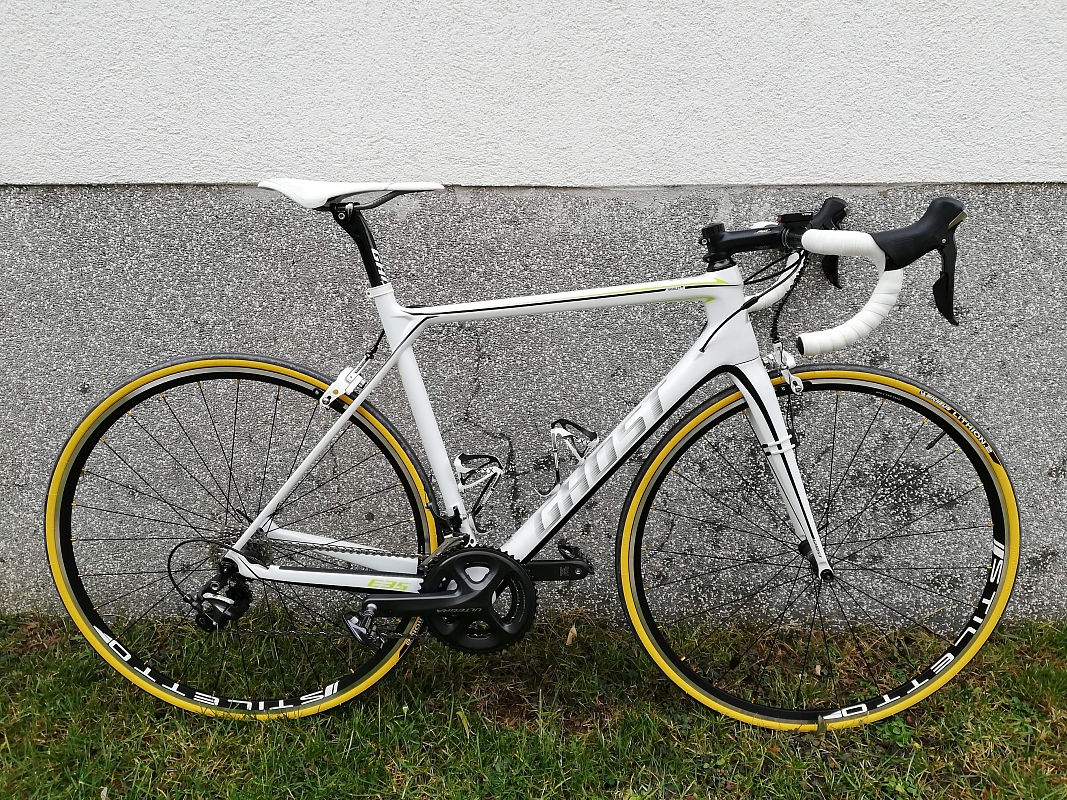 I looked at those Xpedo pedals a while back when I was considering changing from my Look Keo's - they seem like good value.
Firefly Ti Road
Top

Probably they are good value, but not for me. Sadly, I have to put them on sale, practically new.

Yeah, bar tape is now "just there". I waiting to change few other things in next month (some Dura Ace parts are coming, probably new seat post - white, hope it wouldn't be too much of white all together

, maybe even new carbon? handlebar), and new bar tape would be last thing to go. Don't wanna mess it with greasy dirty hands

Yesterday finally forced myself to put handlebar down and on scale, just to be sure of weight. I'm looking for some other options now that I've "lost" 125g on the pedals. And I had what to see... 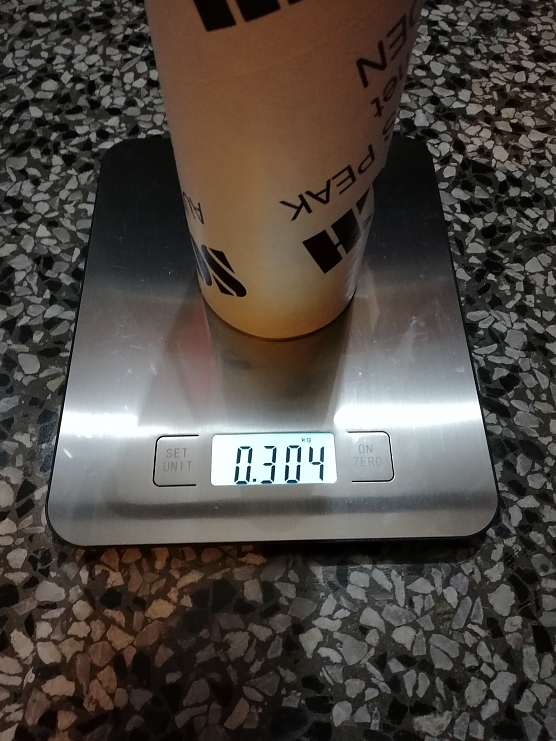 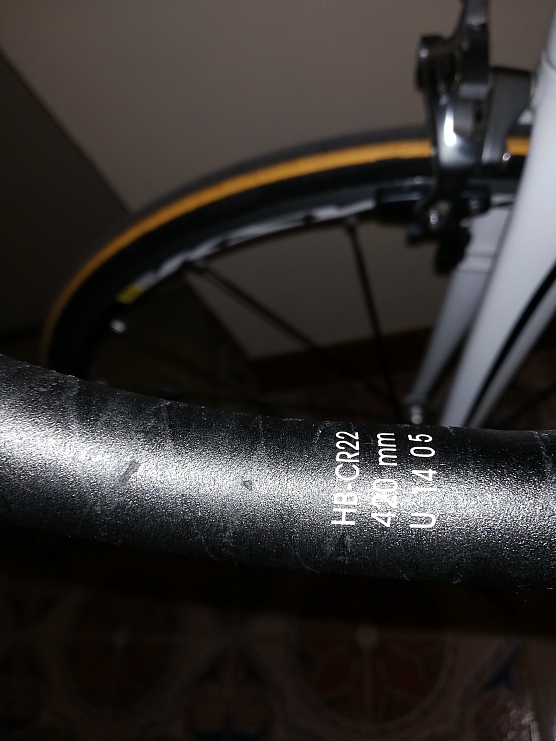 and his weight, but I found something similar and thought, that's it. Now, this is surprise big time.
So, now I would for sure go for new handlebar. Maybe even carbon handlebar. Yes, I know I said "don't want it" ... but 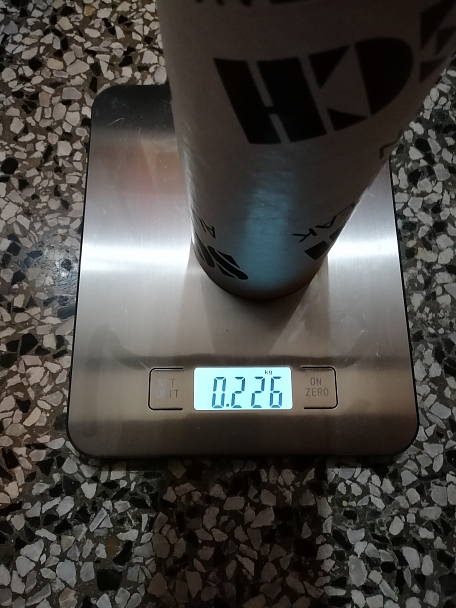 Yes, that red inscriptions must go off. Hopefully acetone would do the trick. That one red button on cyclocomp is bearable

, but any more red is too much.

Btw. don't look that "spaghetti" wiring and poor handlebar tape finishing. It is just for the time being until some changes apply.

Almost two weeks I was played with idea to maybe pick carbon handlebars, but in the end I opted for alu. I still have some reservation for carbon bars. Simply, I don't wanna to be scared make that one half of the turn more with wrench (on stem or shifters) and to hear "crack"

Or after some time find some suspicious dent in carbon and wondering, is it safe to continue with it.

I make some other changes as well. I decide to go full Dura Ace 9000, with some good SH deals. So, for now … 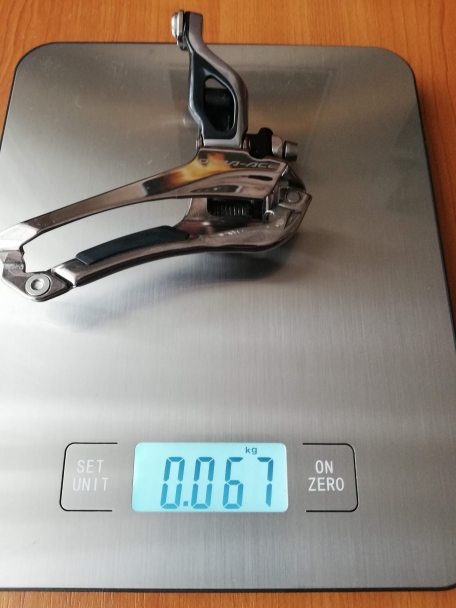 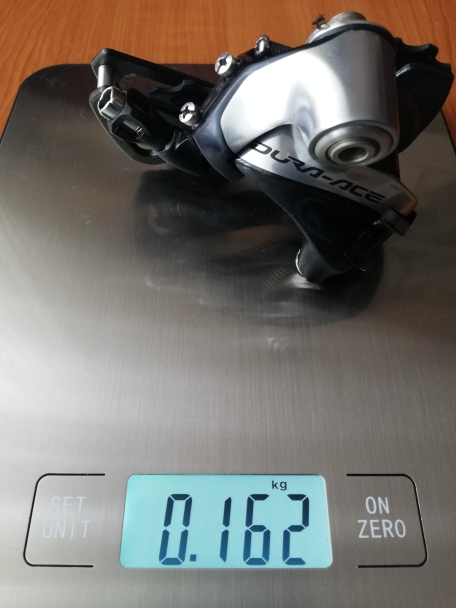 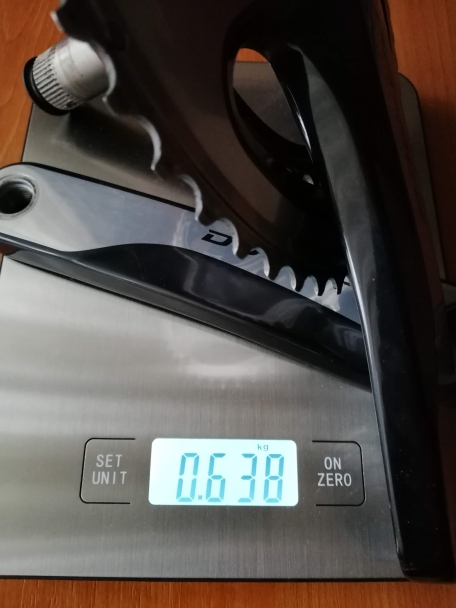 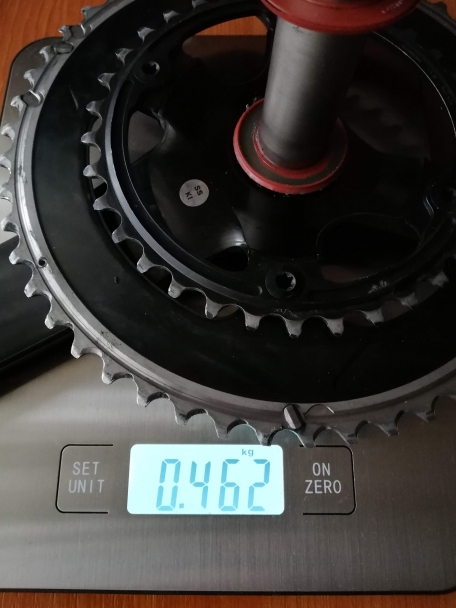 They weight 5g each, so if it's something that does not have to be there when crankset is mounted, I would be less disappointed.


Shifters are on the way, so with them - sub 6,5kg. I've never dreamed (until lately) of such a low bike weight. Of course, few small changes are possible, even 100-200g drop would be possible, but … even now it is more than "dream come true".

Sub 6kg (which would be next significant number

) is almost impossible with limitation mentioned in my first post in this topic. And because I was already changed practically whole bike ... wouldn't make much sense, as it would must involved some high-end boutique parts (THM, Darimo...) which is too much money for me.

Now, with so many changes I done this winter, and so little riding, most of the spring would be evaluation of those changes. I will need month or two to know exactly where I'm regarding quality of the ride and functionality of changed parts. So, I will go from there.
GHOST Nivolet EBS (5.95kg)
Top