Parlee Z-Zero XD so it begins: Road with Gravel options

ahhh.... bunch of parts came in.. sent me wrong JC130 Di2 wire and RT99 rotors instead of RT900.. fudge man.. ended up putting Dura Ace calipers on instead of Ultegra (they weigh the same) at about 115g per. Still going to use 8070 levers. My Easton bar comes tomorrow.. but without the right JC130 I'm kinda hosed for now. 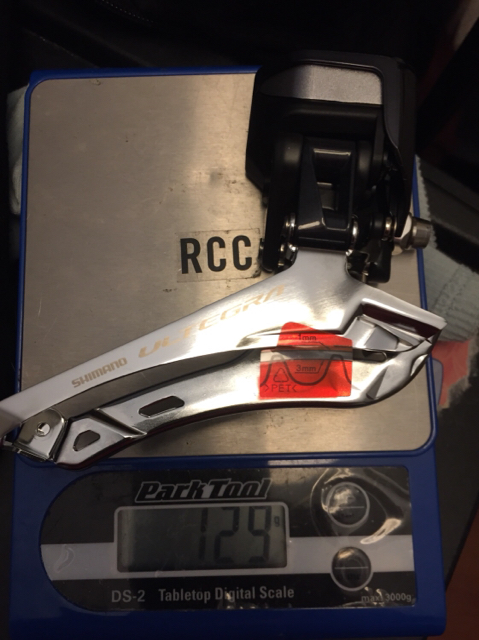 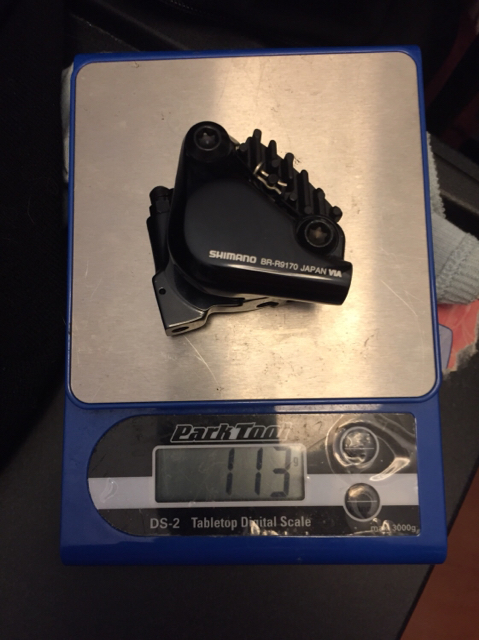 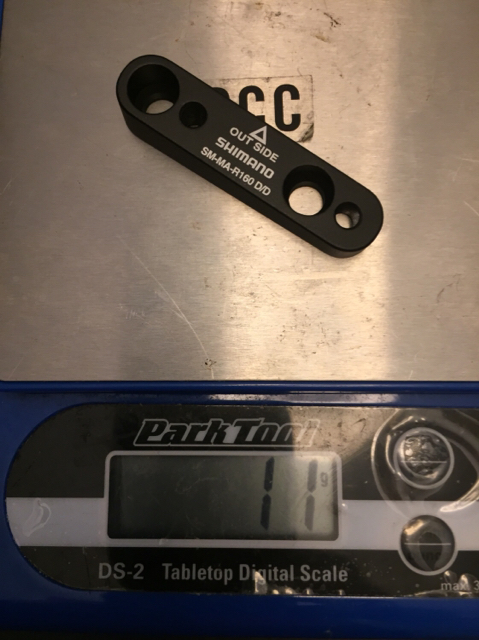 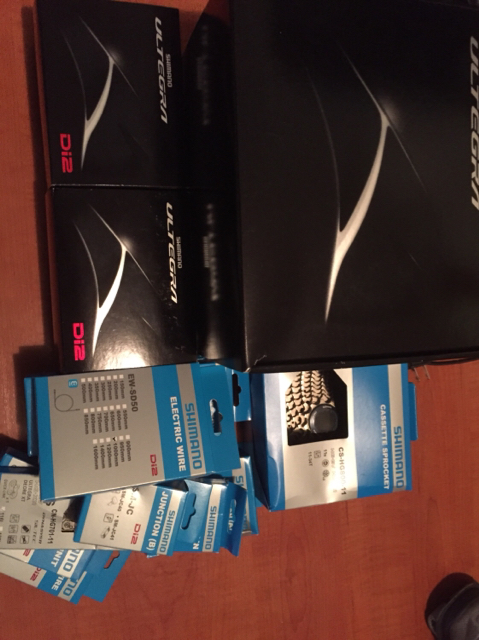 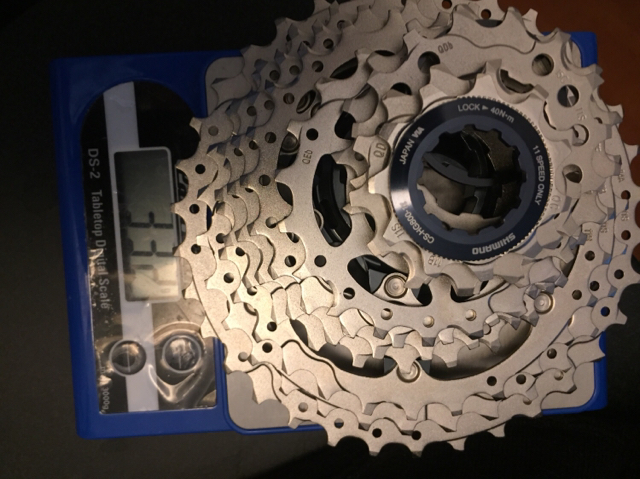 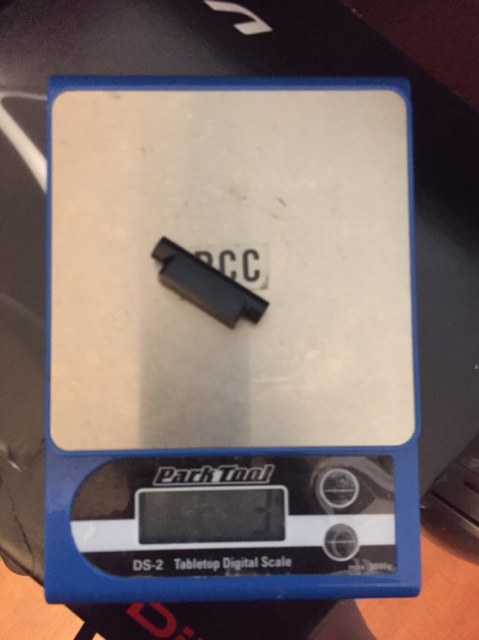 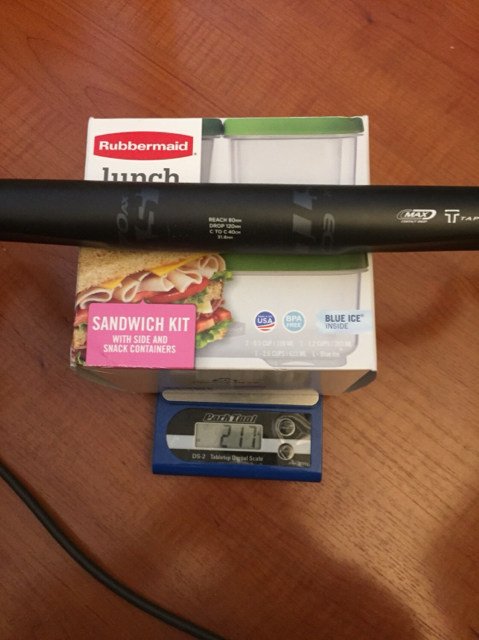 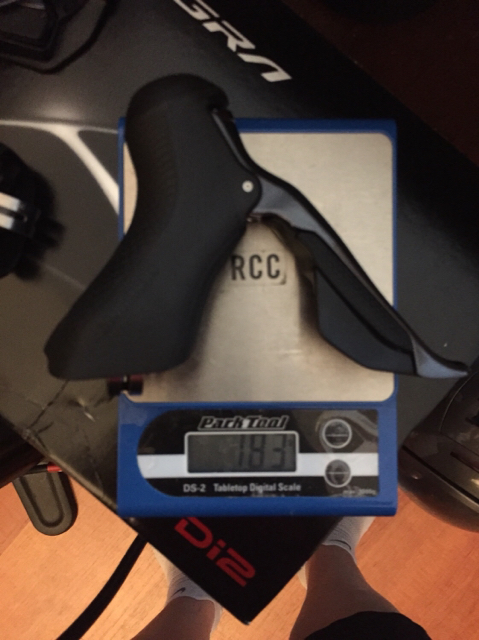 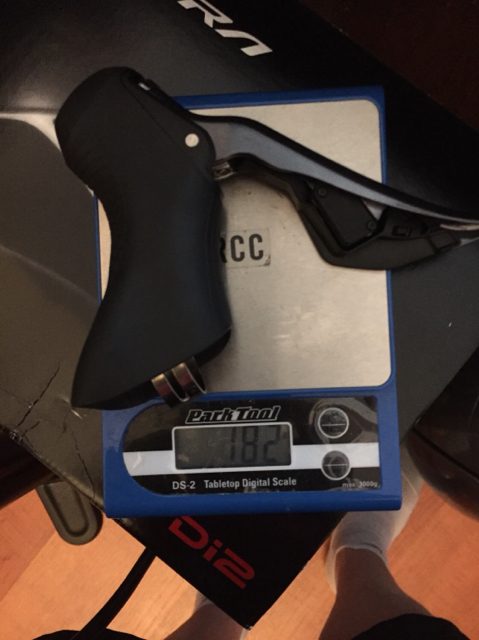 I guess the clamping area of the post is larger.. probably closer to 38mm.. oh well . Could have saved 10g too.

My rear derailier is "out for delivery".. getting closer.. waiting on my 160 rotor

Rotors are in. ..
Drivetrain in done.. chain is on (KMC SL11 gold)
DI2 firmware all updated..
Order some XTR Race pedals for the hell of it..
just need to finish off the brakes and heatshrink and wrap bars.
2019 BMC TM01 Road UCI config 7.36kg
Top

finished up a little late for pictures..

not bad for a "road / gravel" bike with some butt heavy wheels. 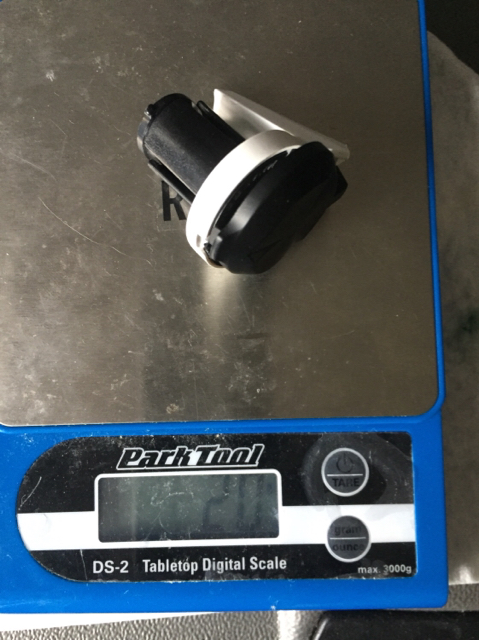 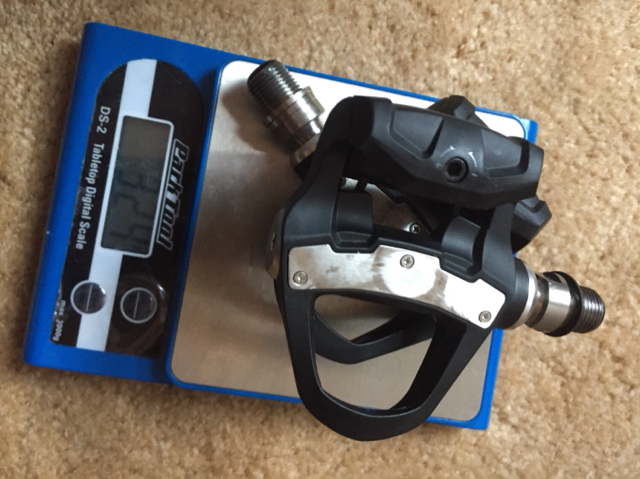 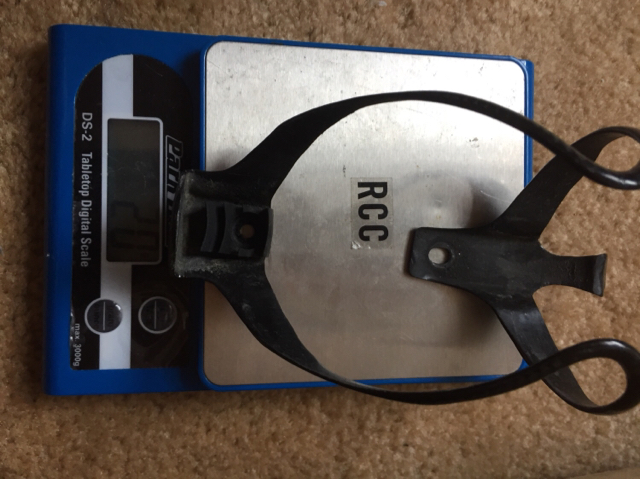 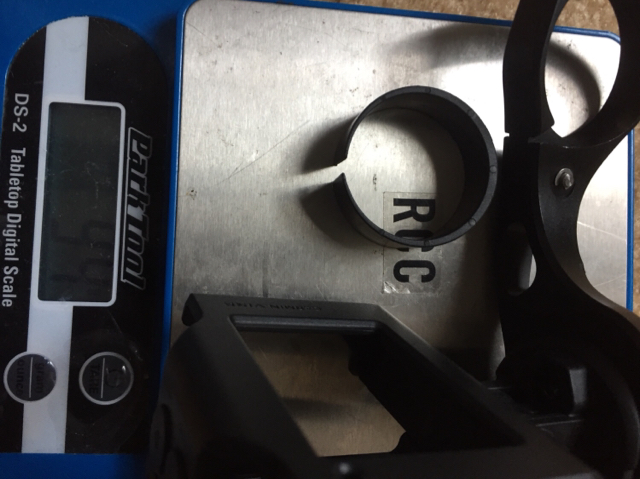 Whats the padded Lupina/Berk combo like on the gravel?

Might be awhile for a proper gravel ride.. and gravel has huge differences depending on where you are... I'll try to take a picture when I do go offroad for a sense of severity of gravel. I'm not a ww @ 82-83kg and I just finished the build last night... so I have not really rode it.
2019 BMC TM01 Road UCI config 7.36kg
Top

as a long time user of xtr & shimano pedals in general, have a look at the xpedo M force 8 ti pedals. quite a lot lighter, 3 sets of bearing. ti body & axle. i've been using a set on my mtb for over 2years now with no issues.
Top

I dont think I'm gonna set any PRs going uphill with this thing. It is nearly 3lbs heavier then my rim brake bike afterall. I could easily shave huge weight by going tubs. I'm running Schwalbe G1 tubeless 30c..and I feel like the Crr on these suckers are sucking 2mph out of my speed with same effort. Oh hell but they are comfy at 60psi..I'm probably go down some.

The bike overall feels great.. much like my Zero rim brake so no complaints. Did a little gravel riding on levee type beds and the tires did fine. The mix was hardpacked dirt, pine needles, loose small rocks. The only sketchy surface was light sand.. I was floating on that stuff and the front felt really loose. Overall the bike soakes up the small stuff with ease, but I still feel the big stuff obviously. My bar tape is fairly thick (Rapha RCC) but I feel if I knew I was going to do a gravel specific ride I might slap on the RedShift stem and a Ergon seatpost to smooth things out.

I have to say descending diablo was a delight... The disc brakes (DA calipers/Ultegra levers/RT900 rotors) proformed flawlessly. They definately are confidence inspiring even with a liittle numbness in my fingers which is chonic issue I have and one of the main reason why I chose to switch. Overall the bike was super stable @ speed and handled great.. very happy.

I'm also happy to report front shifting on my Ultegra 52/(34) not bad at all and the Ultegra RX RD with the clutch on feels fine too. I didn't use the 34t but it's nice to know it's there.

My only worry will be fast group rides... and the extra watts I'm going have to expend to make up for the Crr... I dont have any extra to spare. I'm eyeing an BMC TMR01 anyways... so this is only temporary issue.

Lazy with camera.. bike is all dusty now. Excuse the saddle bag and chainring placement.. the incline was 8-9%
I'm usually not one for saddle bags, but this SpeedSleev is actually not half bad. ( it's their RANGER model) ... and it was the right color. 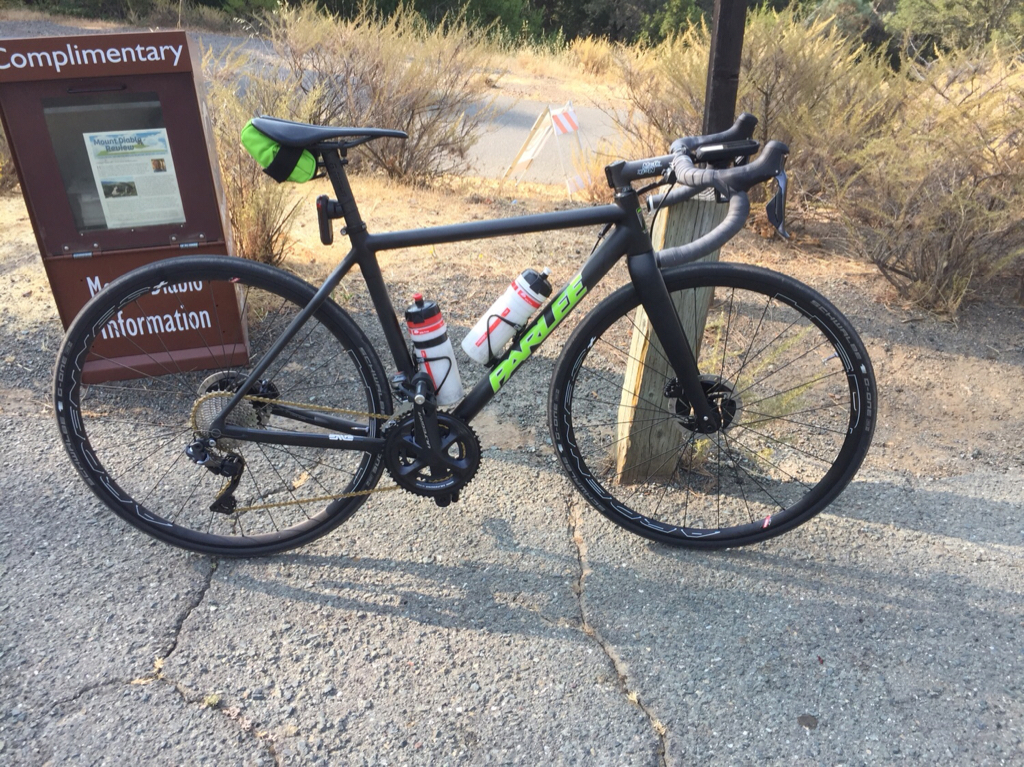 spdntrxi wrote: ↑
Wed Aug 15, 2018 2:03 pm
ordered one of these.. should be roughly half the weight of the Parlee seat clamp. I will probably get their thur-axles at somepoint as well. 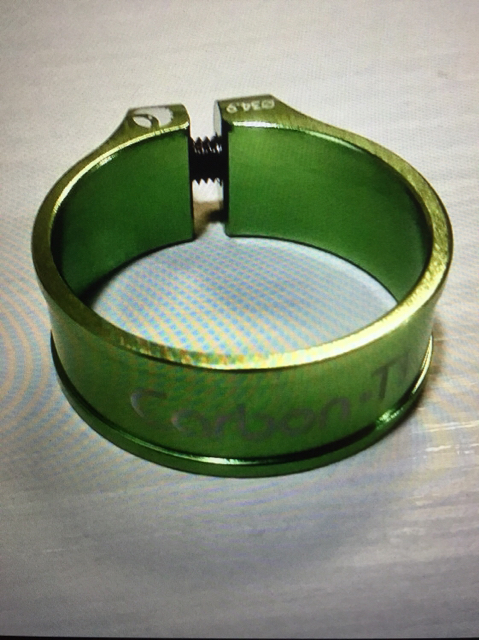 If you want to keep cost reasonable and save some grams, get some light axles off ebay. About $20 each. Hardlite comes to mind
----
No longer in the industry
Top