I hear a lot about how carbon wheels brake acceptably with rim brakes. Is this considered acceptable? How many other disc-skeptics feel the same way about stopping?

joejack951 wrote: I hear a lot about how carbon wheels brake acceptably with rim brakes. Is this considered acceptable? How many other disc-skeptics feel the same way about stopping?

It depends where you are riding and how often you encounter situations like I was describing. Prior to moving to my new place, I rarely rode on roads like these, now it's part of my daily routine.

Keep in mind too that Hollywood Hills is notorious for narrow, super tight turns and being very steep. It's a challenge driving through the area, let alone riding at normal speeds. I think very few people are riding on roads that are effectively one lane but two directions of traffic with parked cars along one side of the road, super tight blind turns, broken pavement and stop signs at the bottom or in the middle of a double digit grade road.

Tuna Canyon, for example, is a fairly notorious descent in the Santa Monica Mountains and I think averages 12% with some parts in the high teens. It's known to destroy carbon clinchers but I wouldn't hesitate to ride it on carbon tubulars. So, that's why for the most part carbon is good enough. As long as you're a somewhat competent descender, even on one of the most notorious descents you'll be fine. Your hands will be a little tired and disc brakes may have given you more margin for error but for all intents and purposes you probably will make it down Tuna in roughly the same time and you'll have gone up it with a lot less weight and finicky setup.

I might have missed this, but does the frame clear 28's?

Well, this simply won't do: 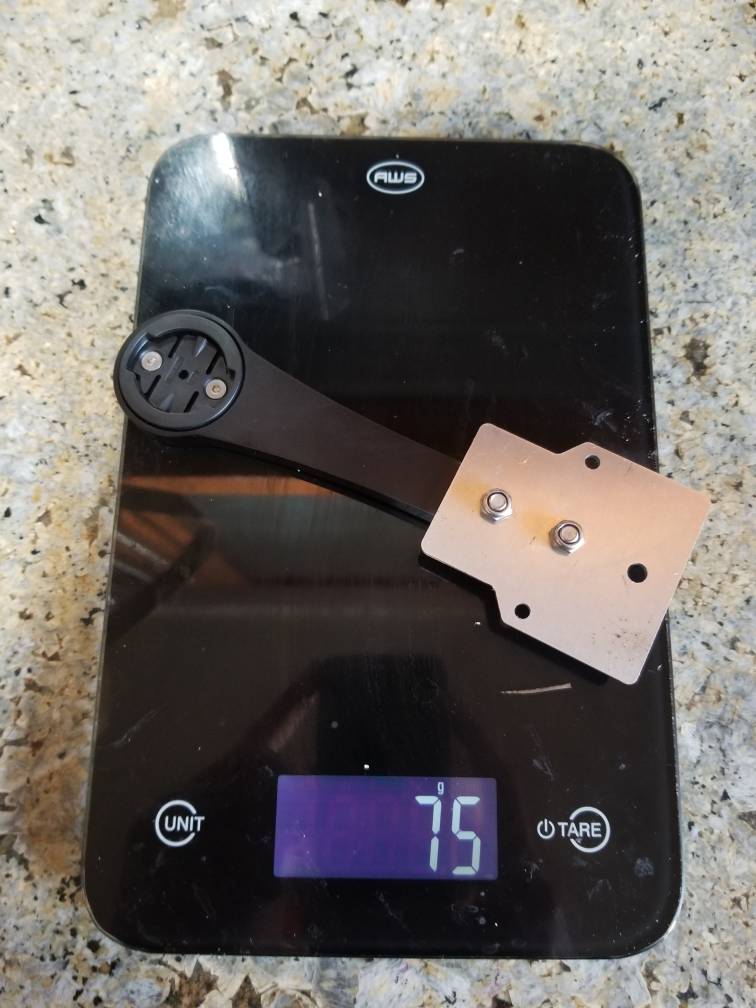 After seeing the design, I figured I might as well fashion one myself out of 3k plate. I wasn't sure of the thickness needed so I erred on the overbuilt side at 2mm thick. 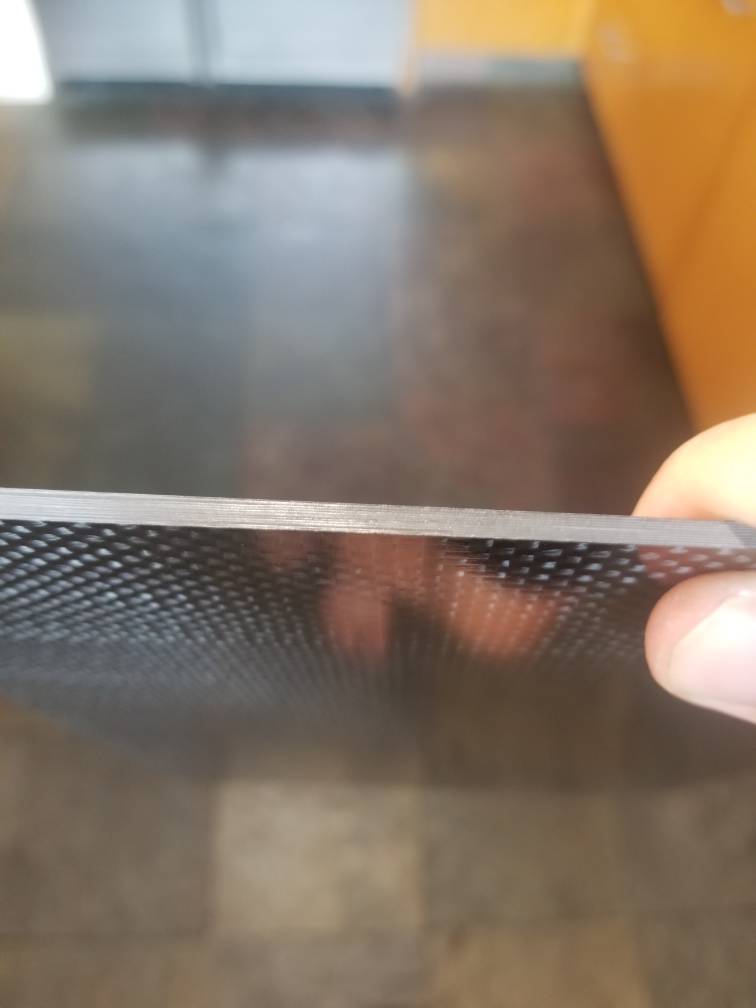 Time to get the dremel and belt sander out. 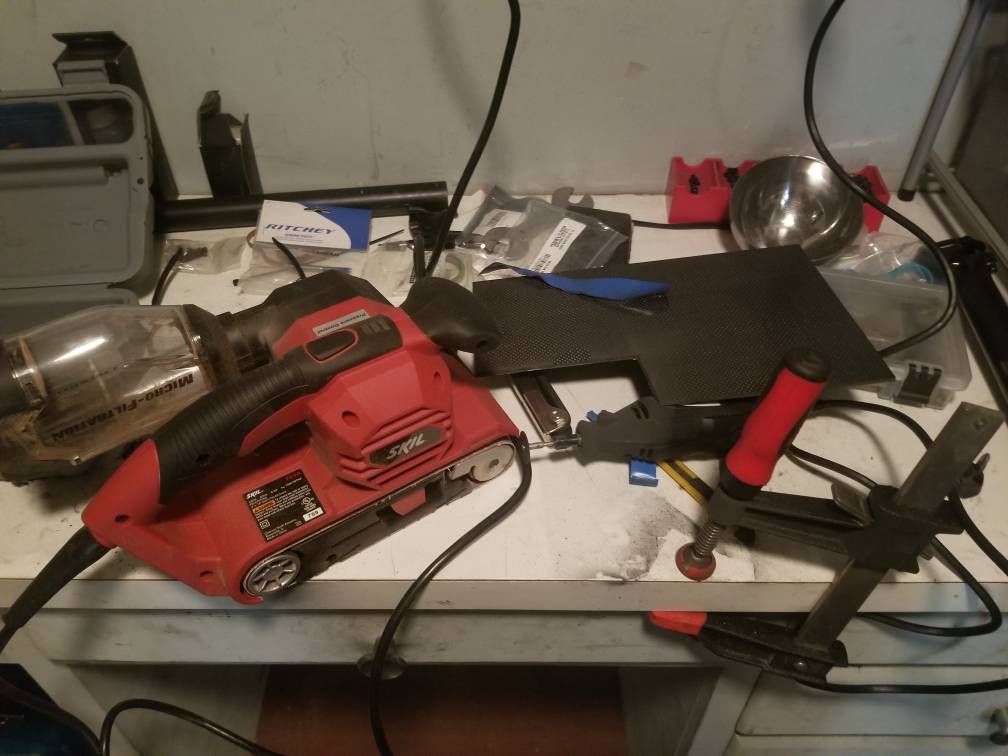 Still need to refine the shape and make it a little more symmetrical but it'll do for the moment: 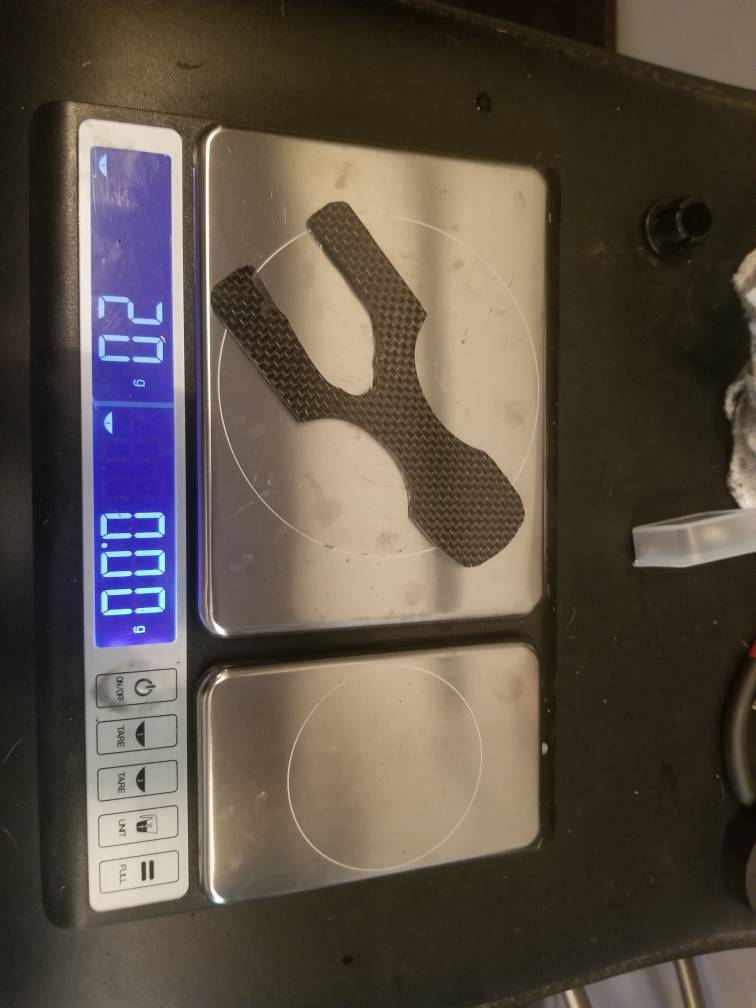 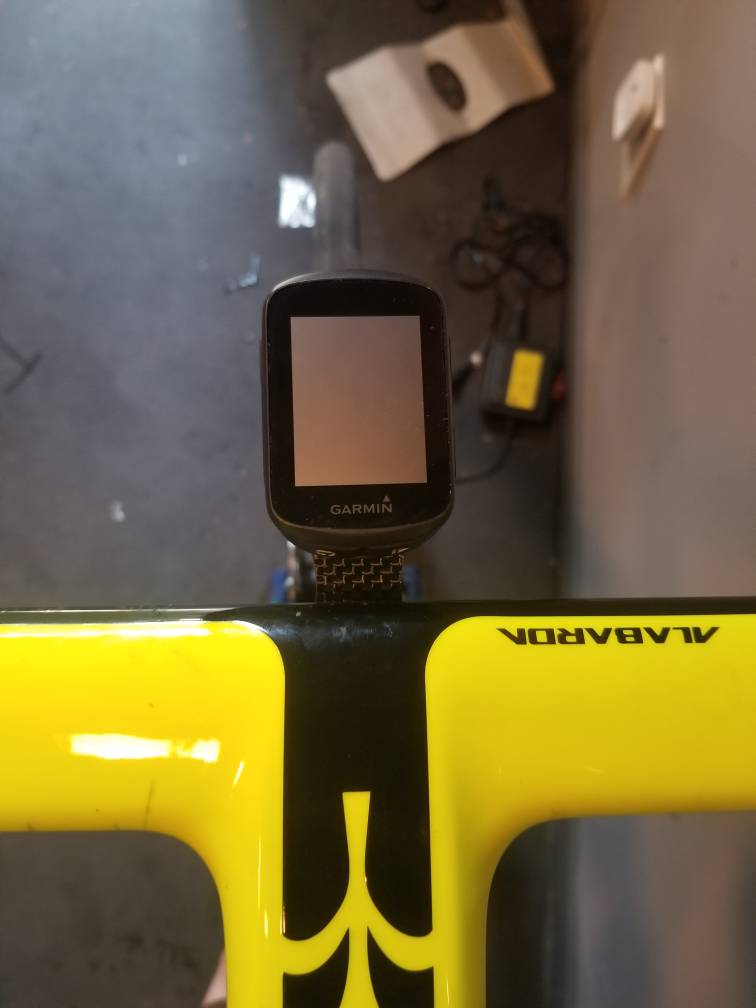 Wow that's porky. I'm in the same dilemma for finding a Garmin mount. The DIY one looks promising.
Top

Initial Review
I'll keep this short since I have some work I need to do today (or a lot of it) but I've had this bike for 3 weeks now and a little over 600 miles. Ten of those days were spent traveling to Rancho Mirage (near Palm Springs) by car and doing local group rides and trying not to die by heatstroke. This bike has been a little bit of a roller coaster. On one hand, when everything is working fine, it's the most sublime bike in the world. Hands down, this is the best handling, most comfortable and still snappy carbon bike that I've owned. It's as comfortable/smooth as the Litespeed. I can't tell the difference between the two in that regard. But, point it downhill and it just rips. I've set PRs on nearly every descent and done so without feeling like I'm pushing the bike at all.

Now, the niggles... And about the disc brakes?
They're nice when I'm not dealing with the above. Between EPS and the smooth, quiet and powerful braking, it's an opulent experience...this bike is just a luxury to ride. But, I rode around my neighborhood (my street is a 20% grade) yesterday afternoon on the Litespeed on Nemesis and it only took me a few seconds to readjust my braking. If someone were to offer to trade me their direct mount version for my disc brake version, I'm pretty sure I wouldn't hesitate to do so...so, that's where I fall on disc. That statement may not be 100% fair as some of my descending PRs have been directly due to disc, I'm more confident on a sketchy descent knowing how quickly I can scrub speed and in a controlled manner, e.g. coming down from the Hollywood sign...that's a crap descent, it's steep and with all of the pedestrians/walkers, it's not exactly safe to be going more than 20 mph down it. 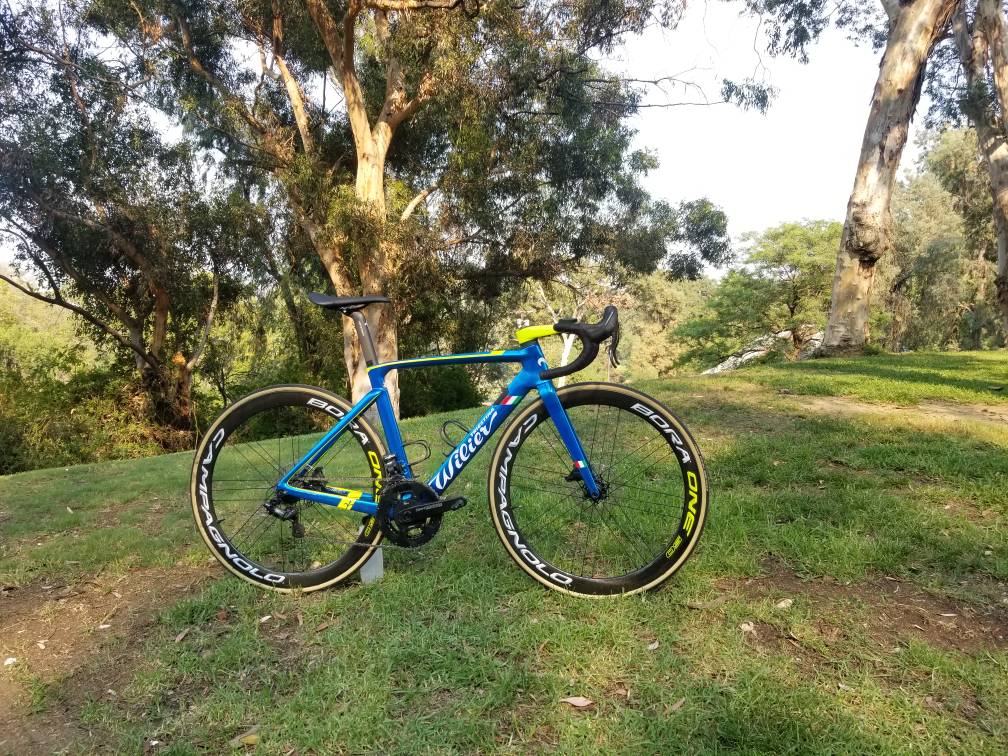 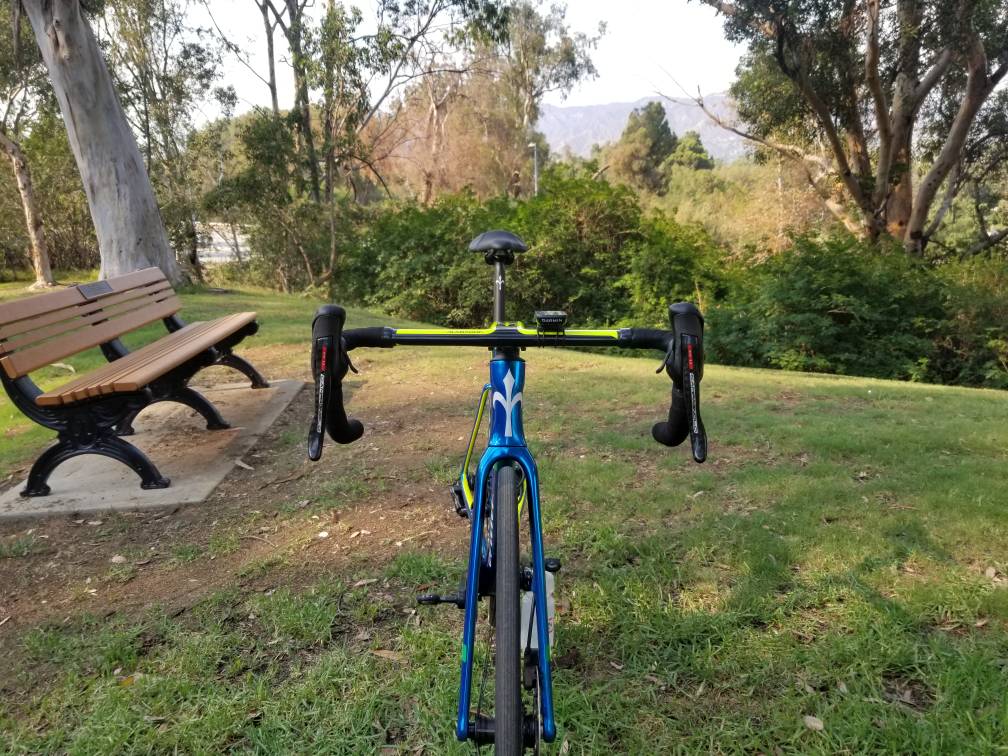 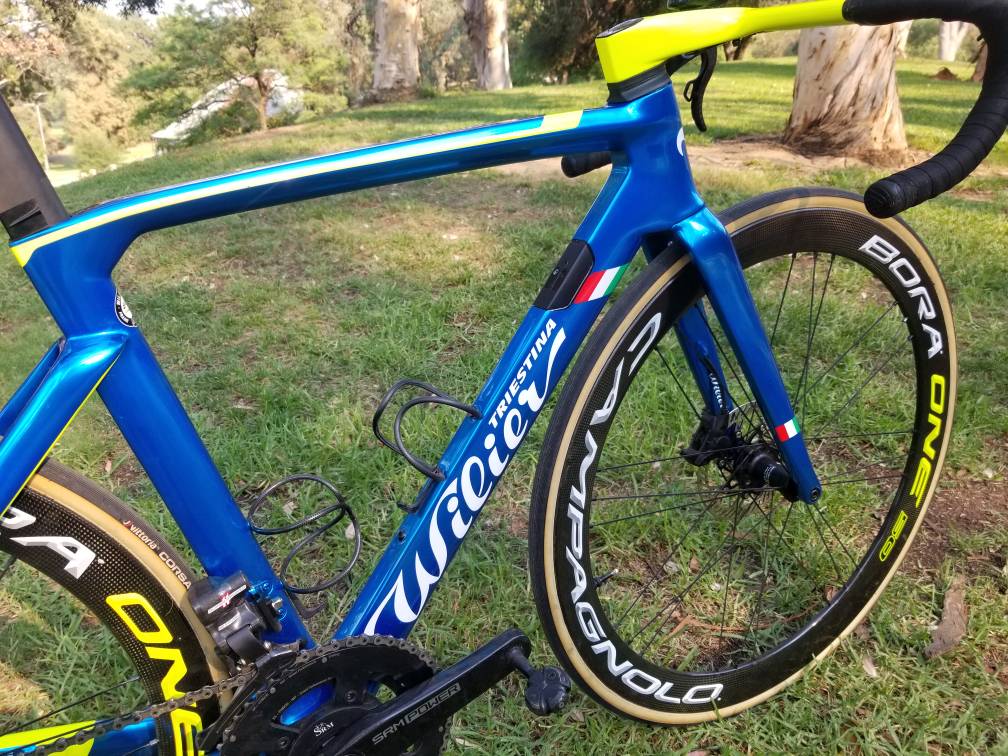 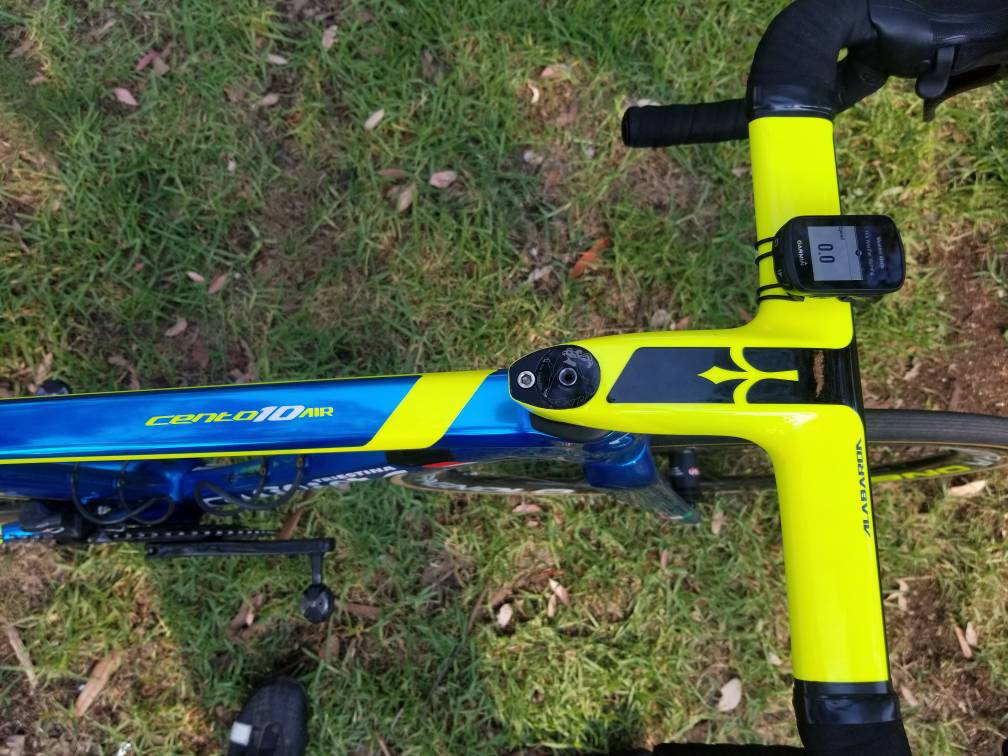 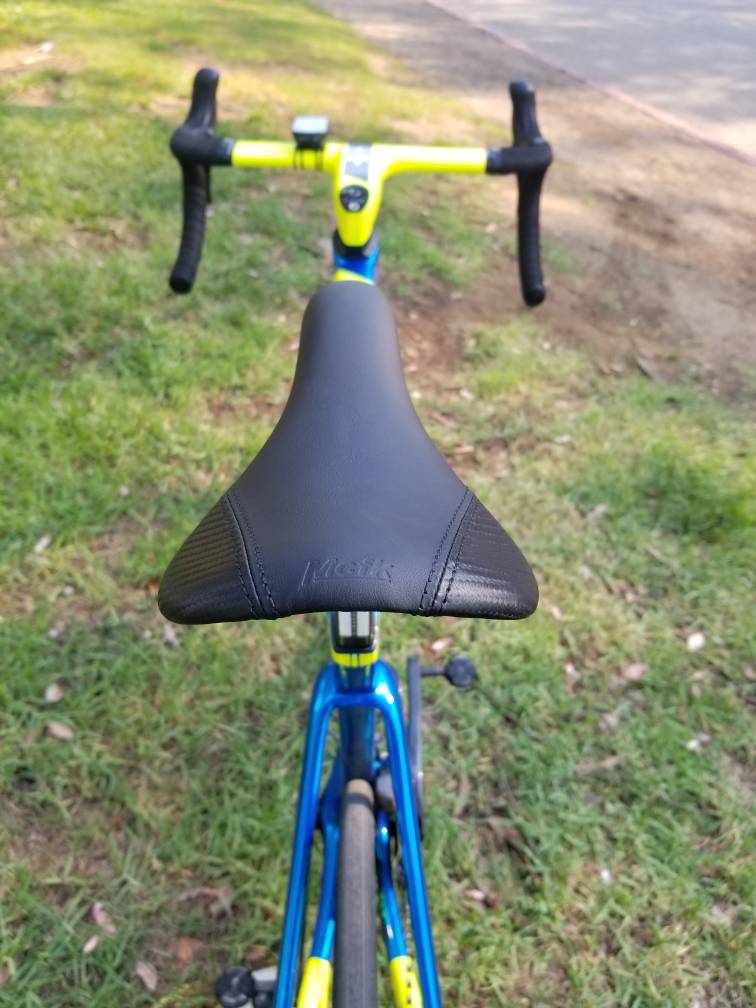 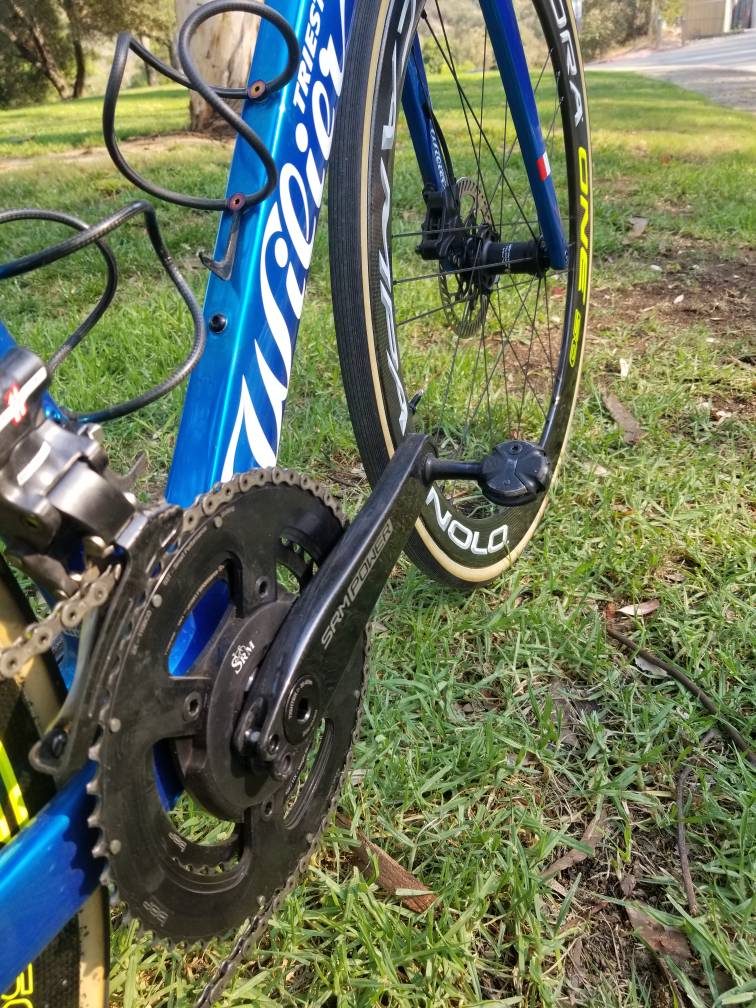 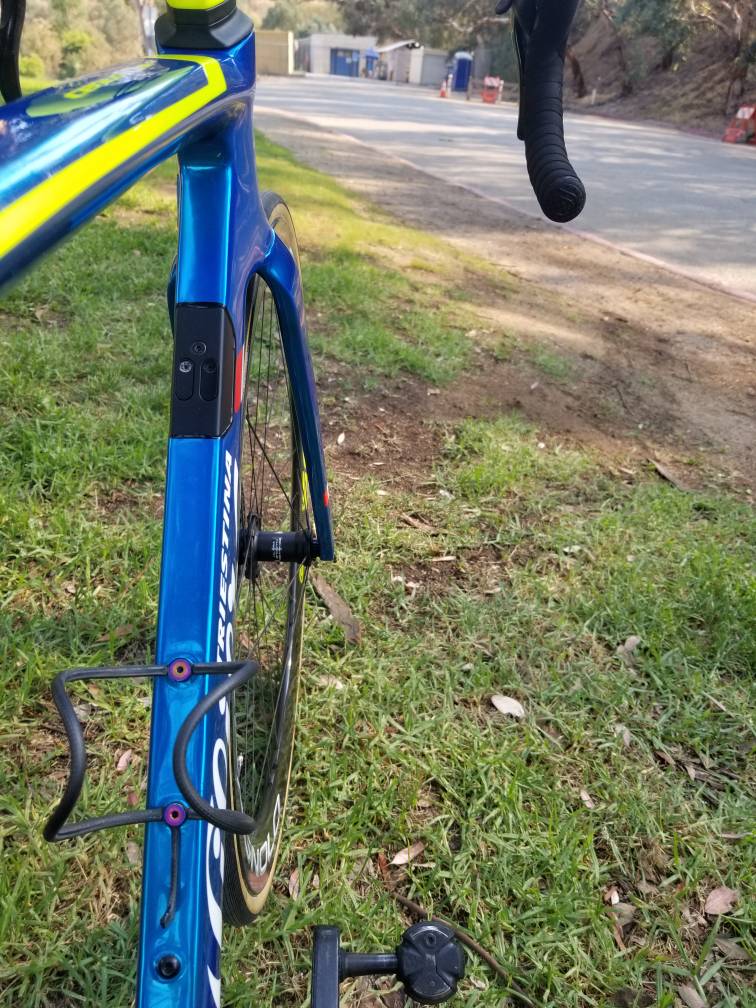 Pad centering has been my biggest worry about going Disc. I feel your pain on that one - years of MTB riding before I switched fully to road.

Some of the new designs in the name of saving a few grams have me scratching my head, and sounds like stem design is one of them. This is one of the reasons I've been staying away from forks with integrated crown races. Lots of creaking Look, Parlee, and Cannondale forks apparently. I don't think tolerances are tight enough on a lot of this stuff. Hopefully the carbon paste keeps things quiet.

Hoping you get these things sorted. It's a stunner of a bike.
Top

Wow, sorry to hear about these issues... Regarding the plastic headset spacers, it must be the rim/disc brake discrepancy because mine came with two sets of 1mm shims... Would these help you out in place of the plastic ones? 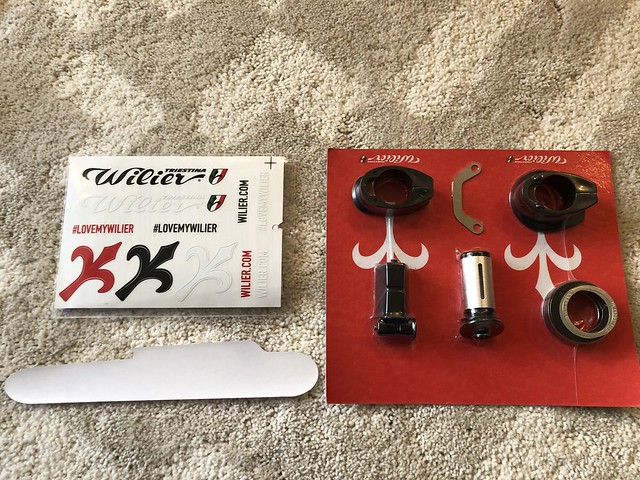 Secondly, I agree with the junk wedge design. Not only are they heavy, but they need far more torque to tighten down. I took a spill yesterday when my front wheel gave out as I was about get onto the curb...I fell, twisted my bars, causing it to move off center by a few degrees. I had to tighten it more but I too am using close to a scary 10nm...

I got my mounts from Raceware - one for a Pioneer Cycle Computer and another for a SRM PC8, which is what I have on now. Both mounts have a GoPro mount underneath. I didn't get a chance to weight the SRM mount but I assume it's around the same weight as the Pioneer.

I hear you about discs on bikes that get moved in and out of cars a lot, total pain. Sort of like single pivot or sram brakes.
Cysco Ti custom Campy SR mechanical (6.9);Berk custom (5.6); Serotta Ottrott(6.

If the discs get dirty then they make a ton of noise like that. Especially if they oil or grease such as from touching the rotors with a bare hand.
Top

One potential solution to your disc problem is to get the flat mounts faced (by a shop you trust). Especially with big brand carbon bikes the mounts are rarely perfect as they just assume they're good enough out of the mold. Also fairly often I see them painted over.

Sent from my SM-G930W8 using Tapatalk

They are painted over and due to the issue where tightening them down is causing them to be centered differently than lightly tightened, I'm pretty sure they need to be faced. It's on my to do list.
Strava
Not for the sensitive types. My Instagram reviews
The Ex's: I've lost track...
Top

They are painted over and due to the issue where tightening them down is causing them to be centered differently than lightly tightened, I'm pretty sure they need to be faced. It's on my to do list.

I think the thing the satisfies me the most while working on bikes is setting up a brake on a properly faced frame.

Sent from my SM-G930W8 using Tapatalk