Speedplays are the superior system- recommending the addition of dura ace pedals is not only silly, but an underhanded effort to promote Shimagnolo. Shame on you.

I beg to differ, the cleat system is inferior but that's a whole other story...
Top

I beg to differ, the cleat system is inferior but that's a whole other story...

Incorrect. What do you have to say about the underhanded Shimagnolo recommendation?
Top

No perfect pedal system at this stage...but ride whatever works for you, I used to have issues with Shimano/Campagnolo crossbreading but these days not so much...

Wingnut wrote: ↑
Fri Jun 15, 2018 1:27 am
No perfect pedal system at this stage...but ride whatever works for you, I used to have issues with Shimano/Campagnolo crossbreading but these days not so much...

OK, being serious- I have not experienced the premature wear/ rocking and creaking issues other people have with speedplay. I have found the system to be 100% trouble free even with aftermarket ti spindles and butterflies.
Cherubim Racer Steel 6.76kg
Spooky Aluminati 6.1kg
DarthPryde Bura SL 4.87kg
Top

I've experienced the issue but not recently. I'd say I had the issue with the first two at around 10K miles or so, maybe more.
Strava
Not for the sensitive types. My Instagram reviews
The Ex's: I've lost track...
Top

I know this is WW but the Speedplay stainless steel ‘sole protection plate’ seems to solve the pedal body wear issue, at least with the Zero pedals.
Top

TL;dr: Calnago is unfortunately onto something regarding shifting and component selection.

When I first started cycling, I had an old Shimano group but quickly upgraded to SRAM Red. I ran SRAM for several years and that set my expectations for how mechanical shifting should work (i.e. barely acceptable). Since then, I've had Super Record, eTap, 9150, 8050 and 9100. It wasn't until I had 9100 though that I realized how much I was missing out on in mechanical performance. Going back to Super Record, I've been on a quest to match the precision of 9100.

Through this quest, I learned that mixing and matching components is a non starter. While I had shifting pretty good with the SRAM XG cassette, and definitely better than I had ever had with SR in the past, I still had a very slight overshift here and there and shifting the RD under load was a no go lest I risk lunging forward unexpectedly. So I took the plunge and bought an 11-25 Super Record cassette and dudemanppl dropped off a record chain and DT freehub. We put it on and in about the time it took me to step out and take a leak, dudemanppl had achieved mechanical shifting nirvana.

I put it through the paces today on our typical Sunday beatdown ride, and there's a particularly difficult section for shift groups where you take a right turn going about 25 mph into what we call the wall, a few hundred meter long stretch that is in the high teens percent gradient wise. I can usually big ring this but it means I need to shift while putting out between 500 and 800w. With Di2 this was no problem, and today, finally, I was able to click through the gears gracefully without letting off the pedals.

So, a part of me is dying inside knowing that I'm giving up 30g on the cassette and 10g on the freehub and 10g on the chain (oh, and a dozen grams for Campy shift housing over iLinks which has been in place for a few weeks), but flawless shifting is worth it.

We took the time to caliper the chains, and what we found from measuring the plates width was:

Campy is a lot narrower chain so I'm guessing that the cassette is a hair narrower which means that you'll never get indexing perfect using a non Campy cassette.

Edited to add: if you want to mix and match, run Di2, Di2 dgaf and will shift pretty much anything flawlessly. I guess looking back at it, I was running 9100 with SRAM Xg so that combo works as well. 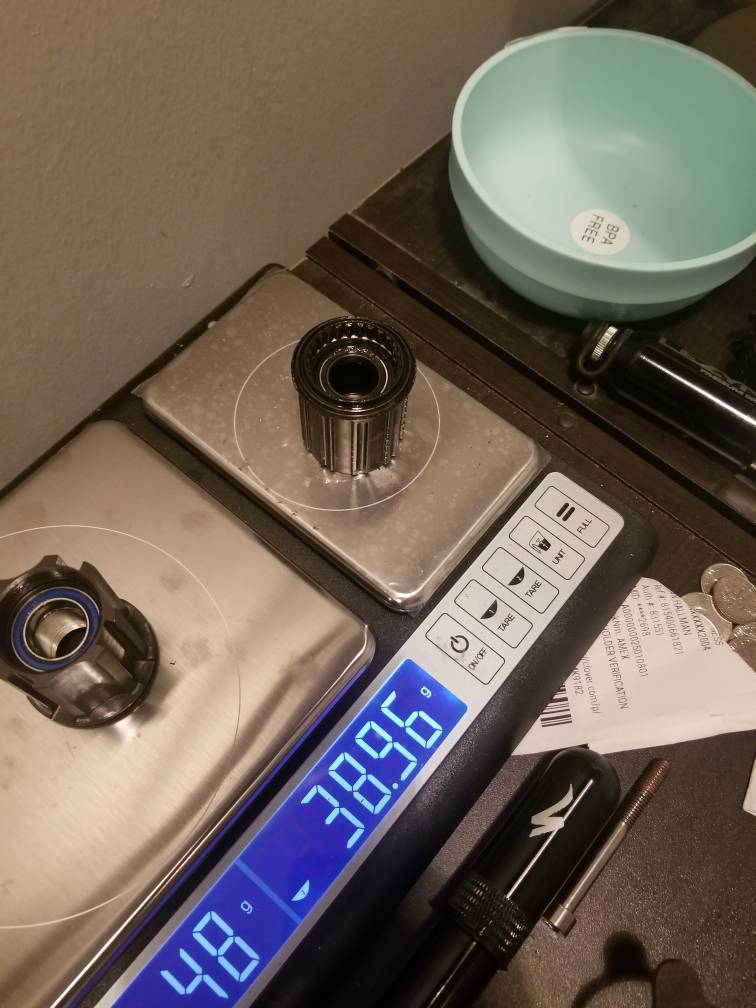 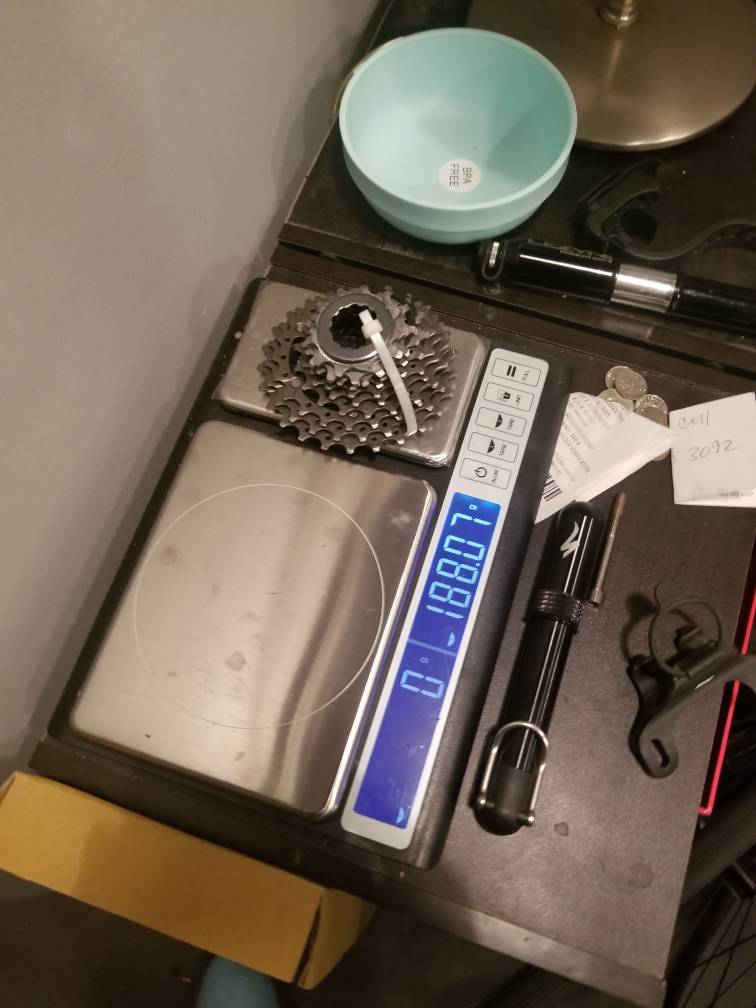 I've recently realised this too. While a Shimano cassette shifts 'good enough' when I wen't to a Campagnolo cassette the improvement was amazing.
Ritchey Road Logic Heritage | instagram | strava
Top

Ryan needs to clean up his sex dungeon...
Top

Why did you go from 9150 to SR? For the sake of weight savings or brake clearance? The entire Pro peloton is practically running 9150.

Because he is a Campy tragic

pdlpsher1 wrote:Why did you go from 9150 to SR? For the sake of weight savings or brake clearance? The entire Pro peloton is practically running 9150.

For me, it came down to brake feel and ergonomics. I know 9100 brakes are more powerful but I think the overall feel of Campy braking is better. But more importantly, I tend to get numbness with 9150 during hard efforts. It was pretty bad last summer which lead me to ditching the first Crumpton. On that bike I had already gone through eTap and 9150 and wasn't in the mood to experiment with EPS. It really needs to be revamped, a tad behind the times. Anyway, I was still getting the occasional numbness on this bike and I think it has to do with how the Campy levers curve in, which causes my elbow to rotate and blood flows better.

Plus, trying to go back down to one bike my rule was always, if only one bike it has to be mechanical. If something breaks, I can visually identify it immediately, buy and replacement that day and usually not miss a day of riding. Di2 is not quite the case and could ruin a cycling holiday.

With all that being said, being back on mechanical, the struggle is real having to throw the lever so far to shift up the cassette #majorfwp.
Strava
Not for the sensitive types. My Instagram reviews
The Ex's: I've lost track...
Top

Pro bikes are definitely not the gold standard- too many compromises due to sponsorship and regulations. Plus SR mech is the greatest groupset ever made

Interesting comment on the numbness. I also get numbness on my Shimano-grouped bikes. Not sure what's going on but it got to the point I can't even shift the Di2 levers, lol. But I seriously doubt changing a lever shape will cure my problem. I alternate between differnt hand positions to no avail. The numbness persists on every ride.

On the mechanical vs. electric debate. I have a mechanical group on my tandem. Just the other day I was left with only three gears on the right shifter. I made it home OK and it turned out to be a shift cable that almost broke. If it had been broken it would be a difficult ride home with only the small small gear combination. Many years ago I did lose the shifting on the right shifter on a Di2 after I hit a bit pothole. But I learned the culprit (no slack in the Di2 cable near the shifter) and this problem won't happen again. I just learned a guy riding a double century (Diglloyd) had the same thing happen and he had to ride 134mi. on the big ring only. But once you figure out these nuiances I think the chance of an electronic group failure is very very remote.
Top

Why those heavy brakes!? KCNC makes some cheap and not so expensive stuff. Could shave 140g on that alone.

And why not Extralite UltraTop to go with the bottom? would shave another 35 possibly.