If you want to make something light that's pretty standard... 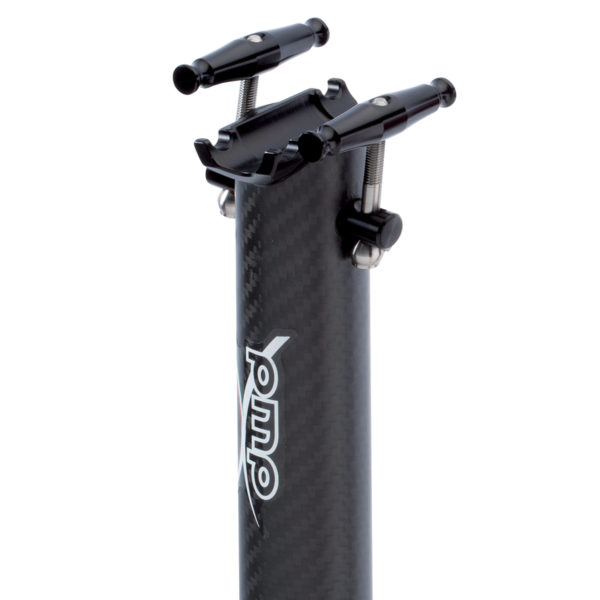 I believe custom paint is available if you don’t like the standard offerings. Also agree with others, the regular fork is much better aesthetically, not to mention lighter!

I liked a lot of what he has to say, but one must be also able to read between the lines. I do like the bike, but id never buy with the Active fork (maybe?) or outside of a frames. I do like the fork, but one can do far better for the rest of the components than what has been shown as an ultra expensive bike and still come considerably under their "price".
The Herd
viewtopic.php?f=10&t=149524
Top

^Exactly... that wasn’t a “review”, that was a TIME sponsored announcement. Whenever a “reviewer” starts a statement with “According to [insert manufacturer name here]”,... all the blah blah blah that immediately follows is nothing but marketing jibberish which you can get almost word for word from their website. They’ve done nothing to verify any of it, or even bother to give their “own” opinion. It’s just filler. There was really no real opinion stated but you can read between the lines as was just said to come up with possible alternatives to the reviewers spin. This isn’t isolated to this review, but almost every review is guilty of it. My favorite line from a “first look” in Bicycling yesterday regarding the new Colnago C64 was “You actually feel every millimeter of every tube, while other high end race bikes feel more not-there than there”.
Ha... I know it’s just a statement not to be taken literally, and it actually is their own, as opposed to being ripped out of the marketing partyline, but really... every millimeter of every tube? Come to think of it, I’ve been noticing something’s not quite right in my right chainstay, at about the 36th millimeter section.
Colnago C64 - The Naked Build; Colnago C60 - PR99; Trek Koppenberg - Where Emonda and Domane Meet;
Unlinked Builds (searchable): Colnago C59 - 5 Years Later; Trek Emonda SL Campagnolo SR; Special Colnago EPQ
Top

I think most people would be very happy with an Alpe d'Huez or a C64.
Colnago C59
Top

I do not agree. The guy rode the bike and gave his opinion. Of course he reproduced the company's claims - he had to do that - but he even said that the frame looks somehow outdated, that it is extremely expensive, that he would never buy it etc. He even mentioned the rear tire rub (attributed to the Enve wheel).

The honest part is at the end. He did not concluded that this is the best bike ever, or the lightest frameset ever etc. He just said that it is a very stiff and light frame with a very nice ride quality. At the end he liked that such a frame exists. In other words he liked that the market can still offer a 100% handmade in France frame at an era where outsourcing in China rules.
Last edited by kgt on Sun Feb 11, 2018 4:43 pm, edited 1 time in total.
My 6284gr TIME Alpe d'Huez
My 10012gr COLNAGO Master X-light
Top

Ok, so in the end he didn’t really say much. But he did seem like a nice chap.
On that whole bit about “stiff wheels being the cause of more brake rub than the frame”, I’m not really buying that. Here’s another real world test I did... No “theories”, just actual riding. I put a set of Lightweights on my C59, pre Melenstein so the ~50+mm rim depth. I rode it under stress and hills until I had the brake pads set as close to the rim as possible with no rubbing under any scenario. Then, I threw on my Bora Ultra Twos, essentially the same rim width as the Lightweights. Guess what... rubbing all over the place and I had to release the brake pads significantly before it disappeared satisfactorily. So, if you were to believe Lightweights are much stiffer than Boras, and I too believe this, then that completely contradicts the “stiff wheels cause more brake rub” theory. Both wheels used Campy skewers. The reviewer tried to explain away the brake rub by using this theory and saying ENVE wheels could have been the cause because they’re so stiff. Hmmm, I’m not so sure but of course that’s what TIME would like him to say. I don’t know if the cause for brake rub in his test ride was due to the wheels or the frame, but if that theory is what he’s resting his case on, then I’d want to investigate a bit further.
Colnago C64 - The Naked Build; Colnago C60 - PR99; Trek Koppenberg - Where Emonda and Domane Meet;
Unlinked Builds (searchable): Colnago C59 - 5 Years Later; Trek Emonda SL Campagnolo SR; Special Colnago EPQ
Top

@Calnago
I think what @kgt meant when he said 'attributed to the Enve wheel' was, as discussed earlier here (or another thread? whatever) that it was the siffness of the Enve rim compared to the rest of the wheel that made it rub rather than the whole wheel being flexy. Stiff wheels don't cause brake rub, quite the opposite as you've shown, overly stiff rims (or a poorly built wheel which I doubt Time would supply to reviewers, or super close brake pads, or a flexy frame etc.) do.

Exactly.
In this case it was the wheel. Stiff rims laced to less stiff hub-spokes = brake rub. Stiff everything (see LW) = no brake rub.
BTW the Scylon is one of the stiffest frames out there (see Tour numbers if you don't believe me). So, it's not that TIME cannot make a stiff frame.
My 6284gr TIME Alpe d'Huez
My 10012gr COLNAGO Master X-light
Top

Time shouldn't post model pictures on their web site with a giant stack of spacers on top of the stem. Looks lame.

@themidge: the reviewer is going on about the theory, which he also acknowledges is very controversial, that stiff wheels, due to their very stiffness, could be the cause of the brake rub. If you haven’t seen the theoretical discussion you should look it up. If that were so, then a Lightweight wheel, which @kgt will jump up and down all day long about how stiff it is, should rub my brake pads easier than a Bora wheel. But it doesn’t and I’ve tested that. So if that’s the theory that the reviewer is using to explain away the brake rub (and it seems that’s what he’s suggesting), then I’m saying I’d want to investigate further.
Perhaps I’ve missed something, but if you know that theoretical discussion, perhaps you can explain what I’ve got wrong there.
Colnago C64 - The Naked Build; Colnago C60 - PR99; Trek Koppenberg - Where Emonda and Domane Meet;
Unlinked Builds (searchable): Colnago C59 - 5 Years Later; Trek Emonda SL Campagnolo SR; Special Colnago EPQ
Top
Post Reply
714 posts