rollinslow wrote: ↑
Thu Jun 23, 2022 12:44 pm
Scrolling through instagram yesterday, almost every gravel bike from Enve to Mosaic was built with Ekar. It seems logical that electronic Ekar comes ASAP. My wife has Ekar and I rode it, and it is a fantastic group.

I also think that wireless Ekar could be the lightest groupset which would be a big selling point as well. Mech Ekar is extremely light.

Highly doubt it'll be as light as Red 1x with similar sized ring and cassette. I think for the OEM market, Ekar wireless has to come in below Red AXS 1X pricing. And I don't think they do that by making cranks, calipers, brifters and cassette superlight. I'd guess cranks, cassette, calipers will all be identical to mech Ekar.

raggedtrousers wrote: ↑
Thu Jun 23, 2022 12:18 pm
Well, a couple of things:
1. The market as a whole has very clearly moved on since the days of Athena EPS. There is a much greater demand for electronic than there was; I'd say that's pretty indisputable when you look at the success of Rival AXS.

I wholeheartedly agree, even despite being one of the last mech holdouts. I intended my post to go more along the lines of "they tried, and they seem to believe that they learned something important from it, but I don't think that it was the right lesson", but I see how I failed to follow that intention.


2. Pricing is a somewhat separate argument. Campag appear to be able to offer Ekar and Chorus for semi-sensible money, so if electronic versions of those were 10-20% more than their Shimano equivalents (GRX Di2, UDi2), I wouldn't see that as a deal breaker for many.

10-20% would certainly not be a problem. That would stay nicely below group level steps, which might be a little problematic considering how many groups they pack into the range of Ultegra and up (SR, R, C and occasionally of those depressingly short lived "Ultegra busters").

But I suspect that in order to achieve that, Campagnolo would first have to abandon their apparent (or claimed) approach of first building the best as if money was no objection at all and only then cutting some corners for some cheaper versions. Because while that might work well enough for in-house manufacturing, mechatronics is a field almost unthinkable without subcomponents from external suppliers. And if you start design with the SR mindset, you will end up with a bill-of-materials that's impossible to price down without a complete redesign. Remember "The Big Athena EPS Incompatibilit"y? Might have been just that.
Top

usr wrote: ↑
Thu Jun 23, 2022 8:18 pm
And if you start design with the SR mindset, you will end up with a bill-of-materials that's impossible to price down without a complete redesign. Remember "The Big Athena EPS Incompatibilit"y? Might have been just that.

I strongly suspect Ath/Cho EPS was in that category. I've done some soldering and I can tell you Ath/Cho EPS mechs work just fine with EPS shifters which have the Record connectors. At the wire and protocol level there is clearly just one EPS. Looking at the shape of the mechs, I'd say there is just one electro-mechanical design also. This would explain why Athena EPS was so expensive on introduction. I cleaned up on it when on sale.

I'm not sure e-shifting lends itself to multiple tiers of componentry.
https://www.youtube.com/c/Millerbike01
Top

Interesting conversation with a Campag pro shop today. The hold up with the next gen of EPS (wireless) is battery related. Getting around AXS patents with a fully wireless system, while keeping shift quality and price down to a vaguely sensible number, is (or was) a 'pick 2 out of 3' situation...
Top

raggedtrousers wrote: ↑
Fri Jun 24, 2022 10:33 am
Interesting conversation with a Campag pro shop today. The hold up with the next gen of EPS (wireless) is battery related. Getting around AXS patents with a fully wireless system, while keeping shift quality and price down to a vaguely sensible number, is (or was) a 'pick 2 out of 3' situation...

Why not? Just make sure the 'tronics parts are cheap enough to "one size fits all" them across the entire price range and do the usual carbon/titanium vs aluminium vs steel "quality" tier theater you've done before. More product generations had the exact same bowden wire cheapest to premiumest than not and that wire is what you are replacing. If anything, deliberately gimping the lower tiers with a few milliseconds on firmware level would be more practical than trying to achieve something similar in the mechanical side of things.
Top

Another campag electronic gearshift patent. Not really about wireless but the mech diagram looks different and the text refers to a battery: https://www.pat2pdf.org/patents/pat20220194521.pdf

The electric motor 121 is powered by a removable battery 121a that, in the non-limiting example of FIG. 1, is arranged in a suitable seat formed on the inner connection rod 102.

Another design that seems to be 2% about solving mechatronical problems and 98% about navigating around the claims arbitrarily staked out by others. Well, that's how Sram ended up with double tap, so some might argue that it's just fair?
Top

At least the battery is removable now - earlier designs had them semi-fixed in situ.
Top 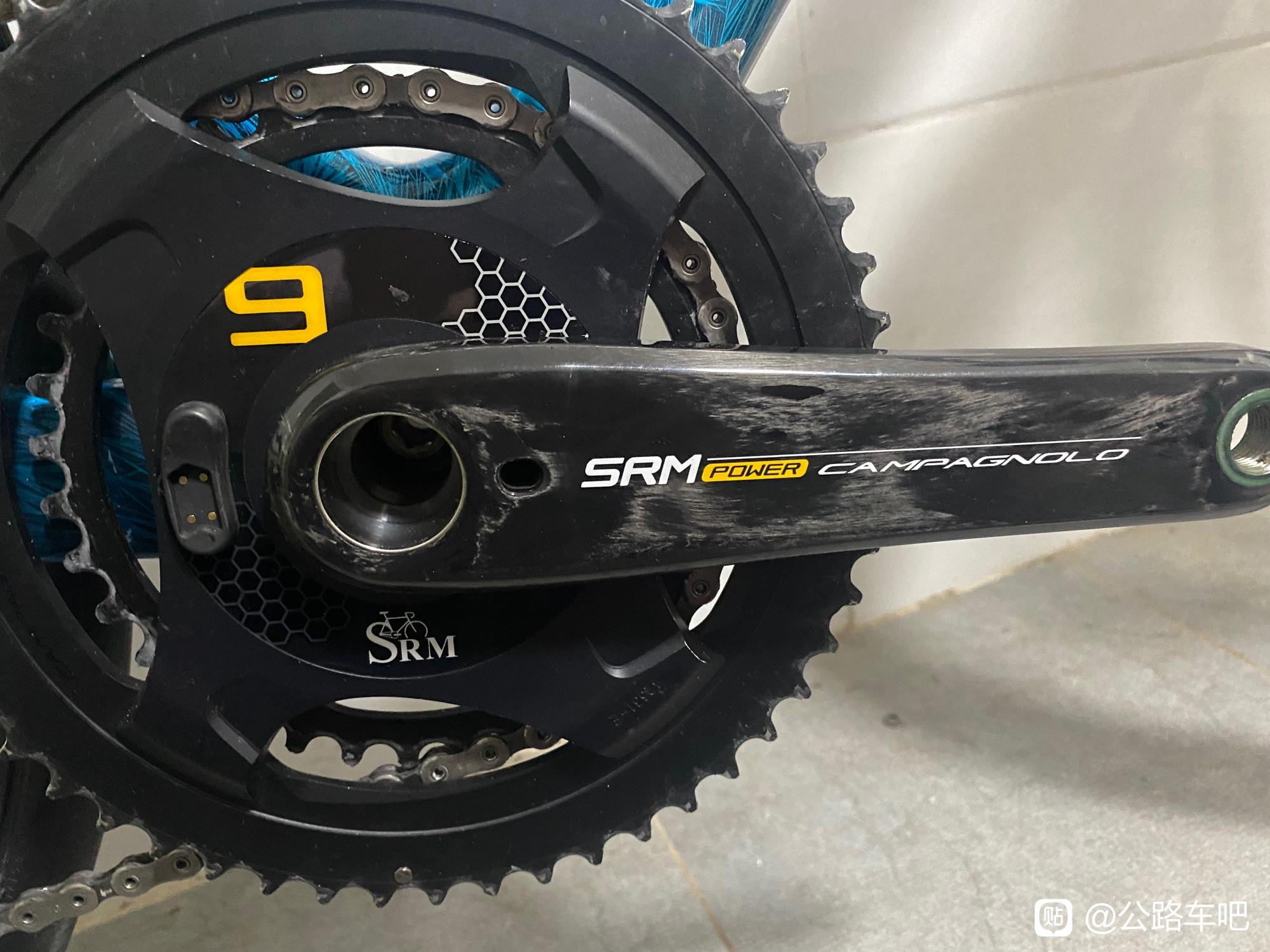 And does anyone know if the new SRM Origin 24mm Titanium axle can be fitted on the Campagnolo model?
Top

Any news or rumors on potential new groupset next year ?
Top

And does anyone know if the new SRM Origin 24mm Titanium axle can be fitted on the Campagnolo model?

In the build options it allowed you to do it...
The only thing they do with the origin it seems it make various BCDs for the chainrings... everything else is identical.. you'd then just need to get the appropriate BB frame adapters per the chosen spindle...
Top

Slight change of cadence, but has anyone heard if there would be a WTO refresh in the works? Ie concealed nipples etc on rim brakes? Kind of a last hurrah rim brake edition. I'm holding off purchase of some WTOs from current Bora Ones just in case something is in the works
Top
Post Reply
792 posts