Leviathan wrote:Im waiting on my wheels. Supposed to arrive today

Nicest day of the year here in Scotland so was eager to get it out for a test ride. I need to make a few tweeks but initial impression so far is positive. The frame has a good stiffness to it and with the 38mm Caden wheelset @ 1077g, it picks up speed nicely when accelerating. It's also comfortable. On the back roads with some rough stretches it never felt harsh or unsettled at any point. I'm comparing this to my 2015 TCR SL and the Factor is more comfortable. This in part is probably down to the unpadded Berk Lupina. I have a Selle C64 on the TCR which i thought was great, but the Berk seems to be the perfect fitting saddle for me

I've never bought anything that has been night and day better before, but the Lupina has made me realise what a difference a perfect fitting saddle can make.
I'll get it fine tuned over the next few days and get it up some decent climbs as well, but so far so good

Although, why torx bolts for the bottle cages??? Allen key fittings everywhere else

Swap it out for ti hex bolts!

Berks are awesome i have one on my VAM
Top

O2 Disc rocks. My favourite bike of any I have ridden which is quite a lot. 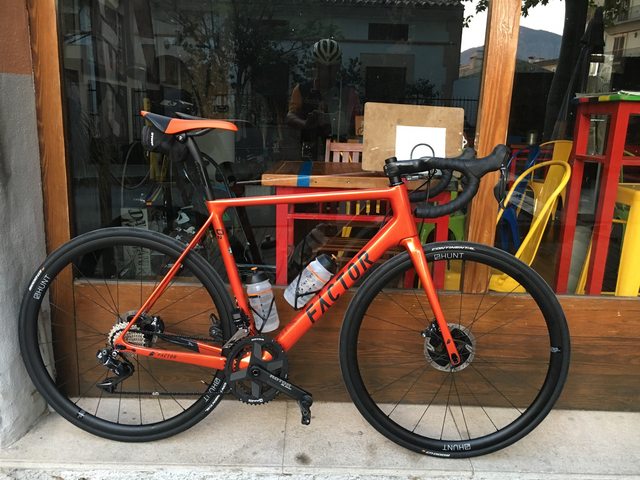 Nice to hear these reviews. I just bought a vam 02 disc. Can't wait to ride it. Yet love my f8 as well
Top
Post Reply
20 posts