Buying a bike for a 70 year old untrained man - what sort of gearing is needed?

1x with a 38t ring and a 10-42 cassette. That's what I ride for road & gravel. I find myself in the lowest gear on steep hills when I'm taking it easy, and I can make decent power.
https://www.instagram.com/hereticbikes/
Top


Sounds like a perfect candidate for an ebike to me, if the intent is to ride it outside.

I'd agree, I think an eBike would be more enjoyable than slowly spinning up hills in a low gear. I'd at least ponder one of the newer designs that looks very discrete but provides a bit of help on the hills, at least worth considering. You could ride together then as well.
Top

If he loves fitness, don't get him an eBike yet.
https://www.instagram.com/hereticbikes/
Top

If he's 70 and untrained, why would he not love an e-bike? Not everyone likes grinding up hills.
Top

One of my good riding buddies is nearly 70 and is quite fit (crashing a breaking his hip last June slowed him down a bit but not much based on our early spring rides. Right now, in the early season and on our annual trip to Tennesee (750km in 6 days) he's riding a Specialized Roubaix with a 50/34 and an 11-34. When we get back from that and he's more fit for the season he'll ride his Look which, IIRC, has a 52/36 with an 11/32.

I'd think a 50/34 w/ 11-34 would probably be a good start. Should be easy enough gearing to shed a couple excess pounds at the beginning but will still be relavent for his age as his fitness improves.
2018 Giant TCR Advanced Pro 0 Disc
2015 Giant Propel Advanced 2
2013 Trek 520
Top

It seems your dad does like be active so I wouldn't go for an ebike, at least until he can ride bike without big problems.
Id' support the 50/34 because it's an easy gear and it's possible to find cheap option (by being first bike for him, if he really likes it he can always upgrade later so not worth spending a ton on the first one).
I would heartly suggest to push him toward some basic fitness before thinking about that climb near by.
My barn
Top

Depends on the rider and terrain what gearing he needs.

The mtb should be able to climb quite nicely on the small chainring. Did your father actually use it? I noticed my father doesn't like to shift the front and rather ends up walking climbs out of sheer stubborness.

Maybe it looks too much like a sissy gear or something.

get him one of these: 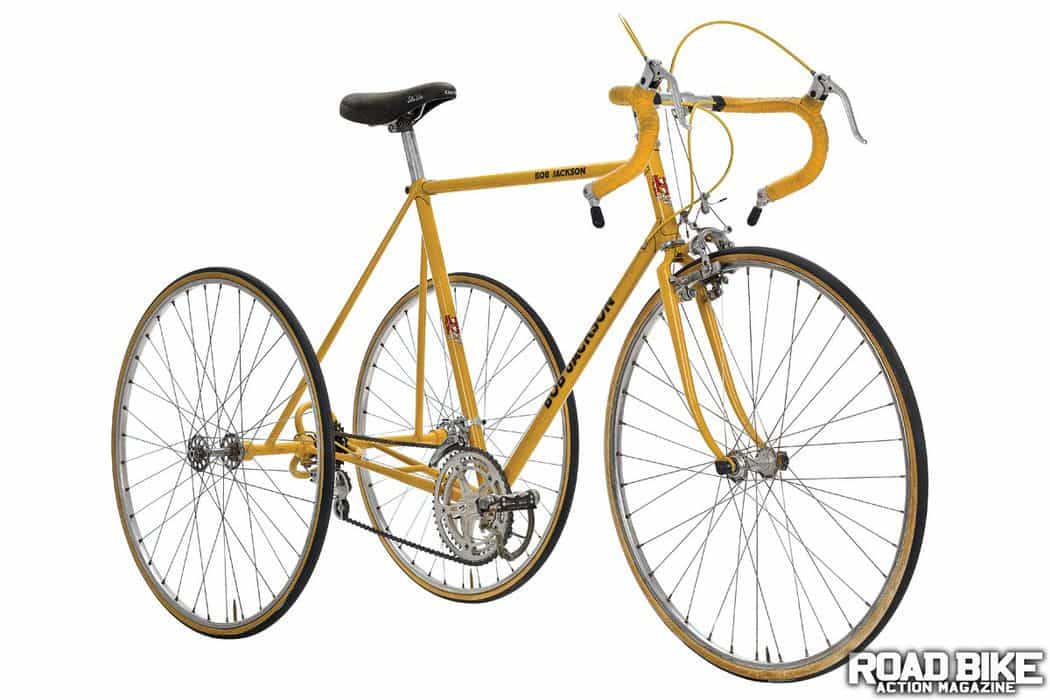 - Take your dad to look at possible bikes. Don't assume he'll like something because someone else says it's good for an old person. My wife hates drop bars, but loves her 18 pound hybrid with a triple. My 88 year old friend is happy with drop bars and I am too.

- I've been eying those ebikes with minimal power and weights around 13 kilos. I"m not ready for one yet but if there are lots of 15% hills around where your dad will be riding he might like one of those. Full on 20-25 kilo ebikes just don't seem attractive to me but I sure saw a lot of them on the pathways around Innsbruck last summer.

- "Gravel" bikes might be worth considering. Wider tires can be good for those less accustomed to riding skinny tires. Geometry may be more stable. Low gearing is the norm.

- Is your dad comfortable with shifting? My 88 year old friend has a compact but would really be better off with a one by. On our ride yesterday, I never used my big ring but he was in his most of the time since he just doesn't get the concept of shifting. And he's an engineer by profession.

- For riding around home. I'm OK riding with a compact and 12-27. However, when I travel I use a bike with a 46/30 and 11-32. It's better to have a low gear that you don't use than be missing something you would really like. Maybe your dad will ride a bike with really low gears more often if it's easier to get up that 15% hill near his home.
Top

It's not helpful to make assumptions based on age (see some posts above; I also know guys in their 80s who ride 80-100 km regularly with 1500 of climbing). People will improve their fitness when they exercise regularly at any age. His "problem" is not being 70, but being unfit. Have him do a fitness test (by a professional sports science outfit) and get a "training" plan that will help him improve. Without that, he'll do as most new cyclists do, ride medium hard most of the time, get tired, plateau...
Top

Cheers guys, lots of excellent points and I’ve mulled them over. The sticking point is that it’s supposed to be a surprise. Also after doing some digging it looks like his route around the coast is really flat it’s just one sharp hill that he needs to overcome. I've now found the Strava segment for it - 1.12 miles average 3%, maxes out at 11% so not as sharp as I remember it, though probably feels like the mortirolo on his legs

In the end I went with a compromise. I got him an entry level Bianchi road bike that’s classy looking for his age. I’ll see how it gets on with it, what he likes and doesn’t, then move from there to an ebike or adventure geared gravel bike etc. I’m going to set up Zwift shortly at their place so he can get fitter and do group rides online and the like, he will love that I’m sure. Only paid £560 for a new Via Nirone 7 so I can basically sell it at the same price if it’s too hard for him. Either way after using a turd mountain bike any road bike will feel fast and fun when he jumps on it and that’s important. He’s still very youthful minded and if he finds cycling a buzz then we’re hoping he’ll sell his motorbike.
Top

11% for an untrained rider calls for 1:1 gearing IMO.
https://www.instagram.com/hereticbikes/
Top

Shrike wrote:The sticking point is that it’s supposed to be a surprise.

You’re depriving him of a great deal of joy by excluding him from the decision making process. It’s not a pair of socks. He’s not dead yet, and you said he looks at road riders longingly saying that’s what he should be doing. Perhaps he really doesn’t care at all what he ends up with, but I really doubt that’s the case. He’s shown the interest, and the process of getting a new bike is fun at any age.
I hate “surprises”, particularly when it’s something I’d want to research a bit on my own. Hence my Christmas POC helmet story. Let the surprise be that you want to help him find the bike he likes and you want to do it together.
Colnago C64 - The Naked Build; Colnago C60 - PR99; Trek Koppenberg - Where Emonda and Domane Meet;
Unlinked Builds (searchable): Colnago C59 - 5 Years Later; Trek Emonda SL Campagnolo SR; Special Colnago EPQ
Top
Post Reply
28 posts