The tread seperation is a different issue, and while I've seen that happen from time to time, it is not what I've been talking about. It is the casing that has been failling. There are a number of riders around here that are expeiencing the same thing.

When i spoke to Vittoria they acknowledged it, but didn't want to talk about it in detail, and I didn't push. I will now though.

by Bridgeman
Another thing to keep in mind is when the casing fails it bulges heavily in the sidewall section. Once that happenes, then there is pressure against the rim edge.

Before the casing failure there is minimal edge contact, so the casing fiber stress is normal.. There is a difference.

The tire I sent back to Vittoria a few weeks ago had 4 or 5 sidewall buldges and you could clearly see, only then that there was heavy sidewall contact with the rim.

by Calnago
Oh, I thought they were clinchers. So no reason that I can think of for a failure like you show there. Interesting. Does indeed sound like a production issue. I just glued some Aeolus 5 tubies up and didn’t notice any sharp edges, nor should there be with tubulars. Here’s one of my Bora tubular rims waiting for a tire...soft round edges... 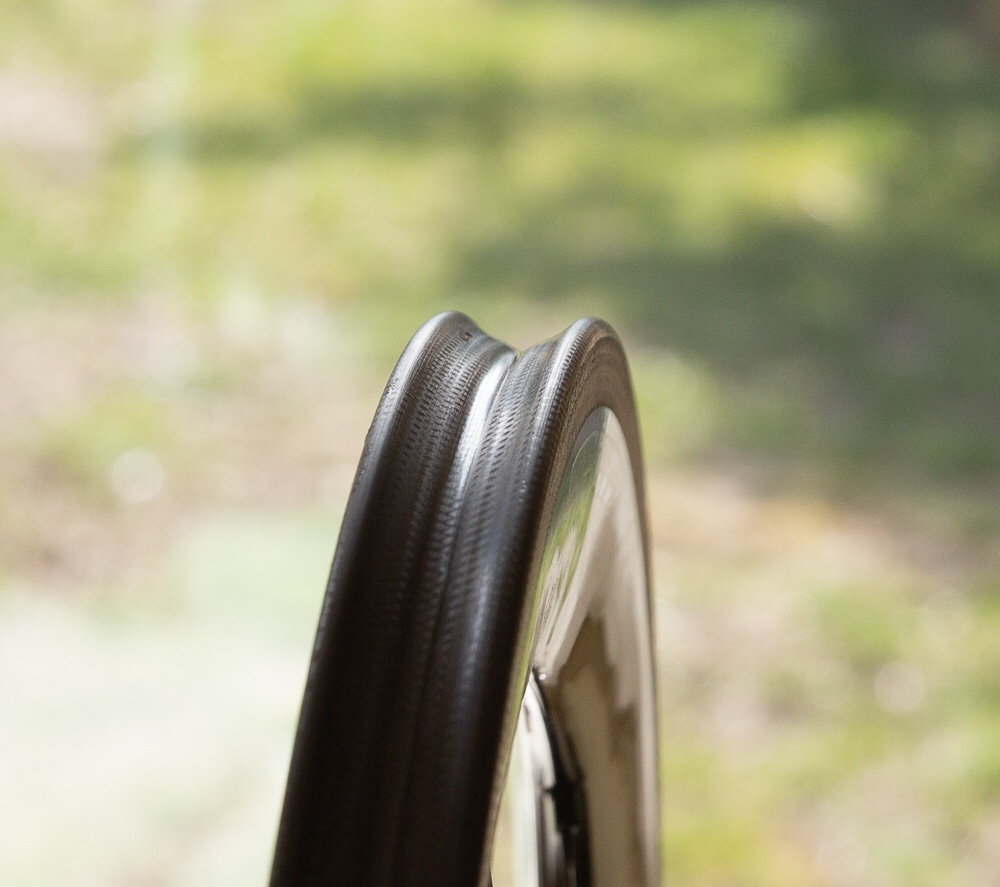 [edit]: just noticed the title of the thread with “Tubular” in it right there. Brain fart. I just saw your pic of the ripped sidewall along the rims edge and immediately thought “clincher”. Weird for it to be tearing like that in the absence of anything obvious like a curb scrape or something.

by Bridgeman
Cal, yes, this rim cross-section is very simlilar to the Aeolus. The tire pretty much sits in the V and makes contact tangentially, rather than a clincher U shape, where the rim edges capture the tire beads.

I think the adhesive used on the casing wrap is suspect. I wish I would have taken pictures of the last one I sent back to Vittoria for replacement. Since they agreed to replace the tire I just went ahead and sent it to them. No exagerration, it was easily 4 or 5 sections where the casing had seperated and was bulging out the sidewall.

I had another one earlier do the same thing but to a lesser degree. Just thought it was a fluke and didn't think it would lead to this.

This one today makes it 3 tires that have failed. It was pretty schetchy trying to keep from going down and taking someone with me.

Never had a CX do this.

Wondering if version 2.0 is the result. I am hoping Vittoria will exchange the batch I have left as I do not trust them.

by wheelsONfire
I will keep an eye on my set.
Hopefully gen 1 won't all fail. Strange that Vittoria didn't offer you to wait for gen 2 instead of sending same tires.

I ordered Wolfpack tubulars, but according to the email, the pro teams are prio one, so i have to wait until June.
All times are UTC+01:00
Page 3 of 3