People buy Ultegra out of emotion. 105 is a "cheap" groupset and even on a caad, I think there is a large market for Ultegra. I built my bike with 105 because I see little difference in 7020/8020/9020 but all of my friends have bikes with Ultegra because it is the "better" groupset. Looking around on what everybody at my local group rides is riding, Ultegra and dura ace are more common than 105.
I have seen people take 105 off of the allez sprint disc and slap 8020 on it. In my opinion that is a worthless upgrade but I am also a broke high schooler. I don't see the need for 8020 on a caad which is sometimes called the "crit" racers bike. Force axs 1x would be interesting but I believe the build is 2x.
The following groupsets for the disc brake models makes sense:
105 7020 as the entry model
8070 / Force axs mid range model
9170/ Red axs black Inc equivalent model.
Maybe they expect the high end market to go to the system six which didn't exist when the caad 12 came out.

As was said earlier an Ultegra mechanical rim brake version with carbon wheels, a hollowgram crank and carbon post would have been my choice.
Thanks Tobinhatesyou, I didn’t realise that 105 was only 175g heavier.
I’ve not ridden the latest 105 but on bikes I’ve ridden in recent years Ultegra has always felt a little smoother than 105, could be in my head I guess.
When 105 had the gear cables coming out the side of the shifters (can’t remember the model) I couldn’t tell any difference between that and Ultegra.

The paint jobs on these bikes aren’t great.

Having the ability to take full mudguards properly fixed to the frame is a game changer for me though. The 105 version could be the best winter trainer option out there. 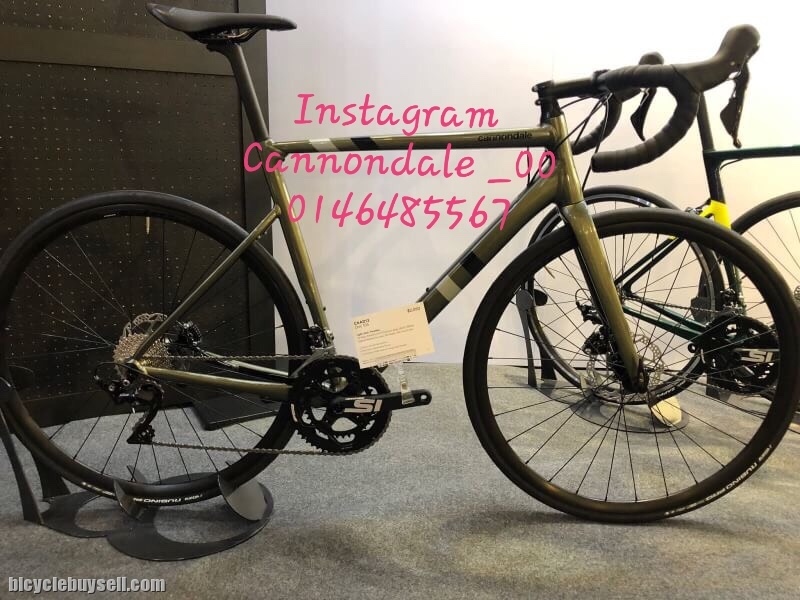 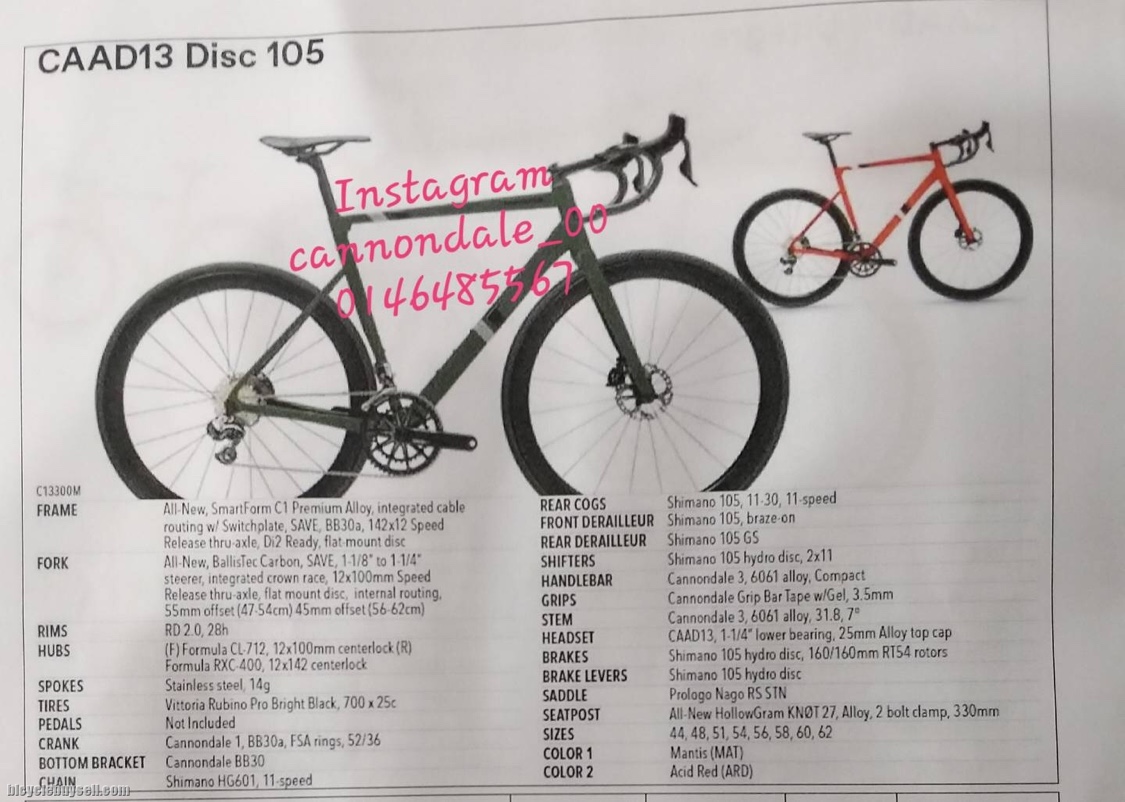 Nice find. All the specs and colour options for the new 13 and SuperSix disc are on that account. I don't know how to lift them into the various threads though!
Top

ianeire wrote: ↑
Sun Jun 16, 2019 10:47 am
Nice find. All the specs and colour options for the new 13 and SuperSix disc are on that account. I don't know how to lift them into the various threads though!

Good pickup, did you see the new Carbon Topstone on their instagram? https://www.instagram.com/p/ByxI1GCA3vq/
Top 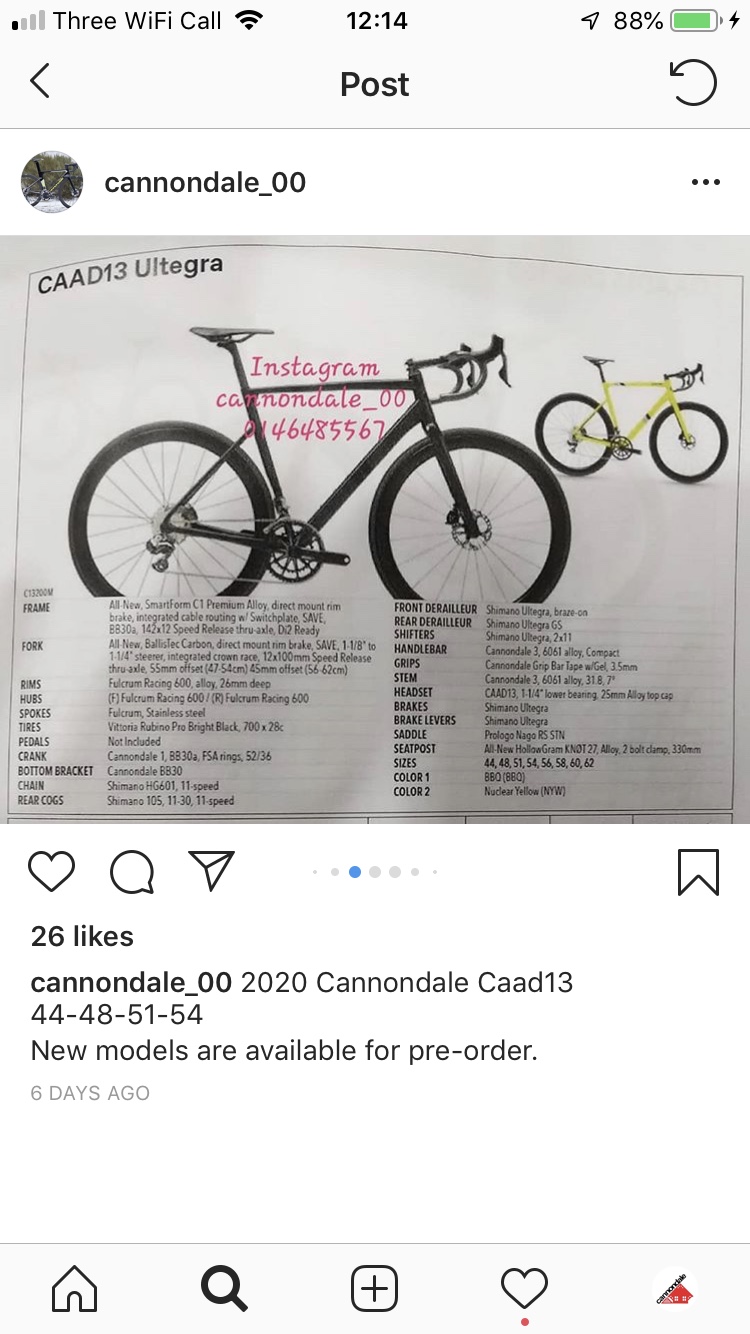 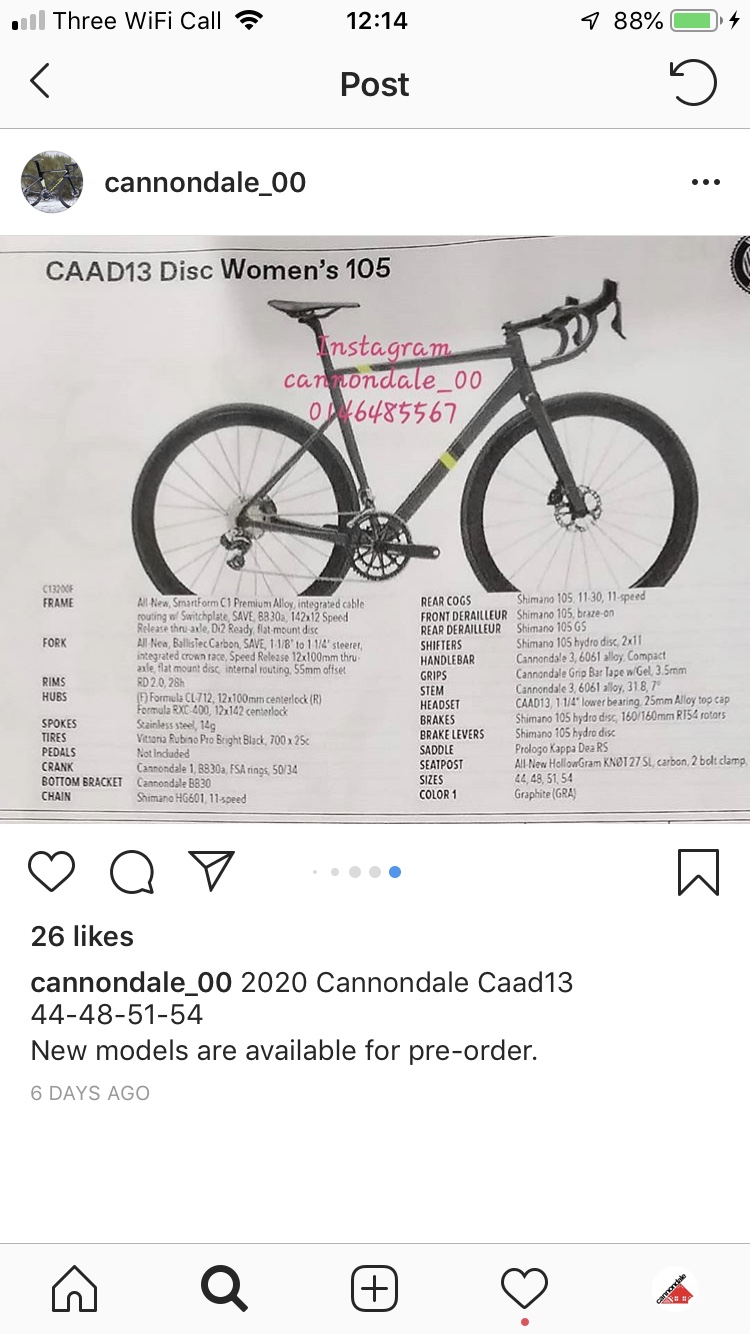 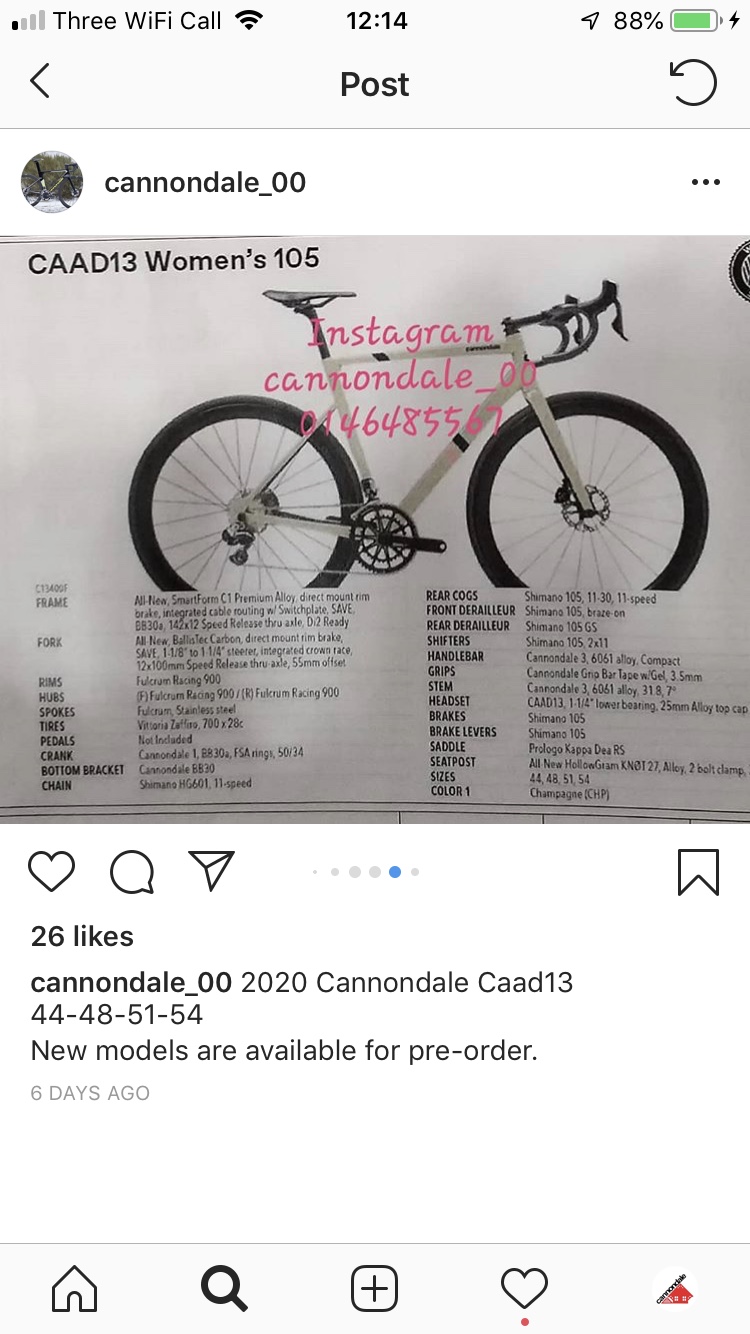 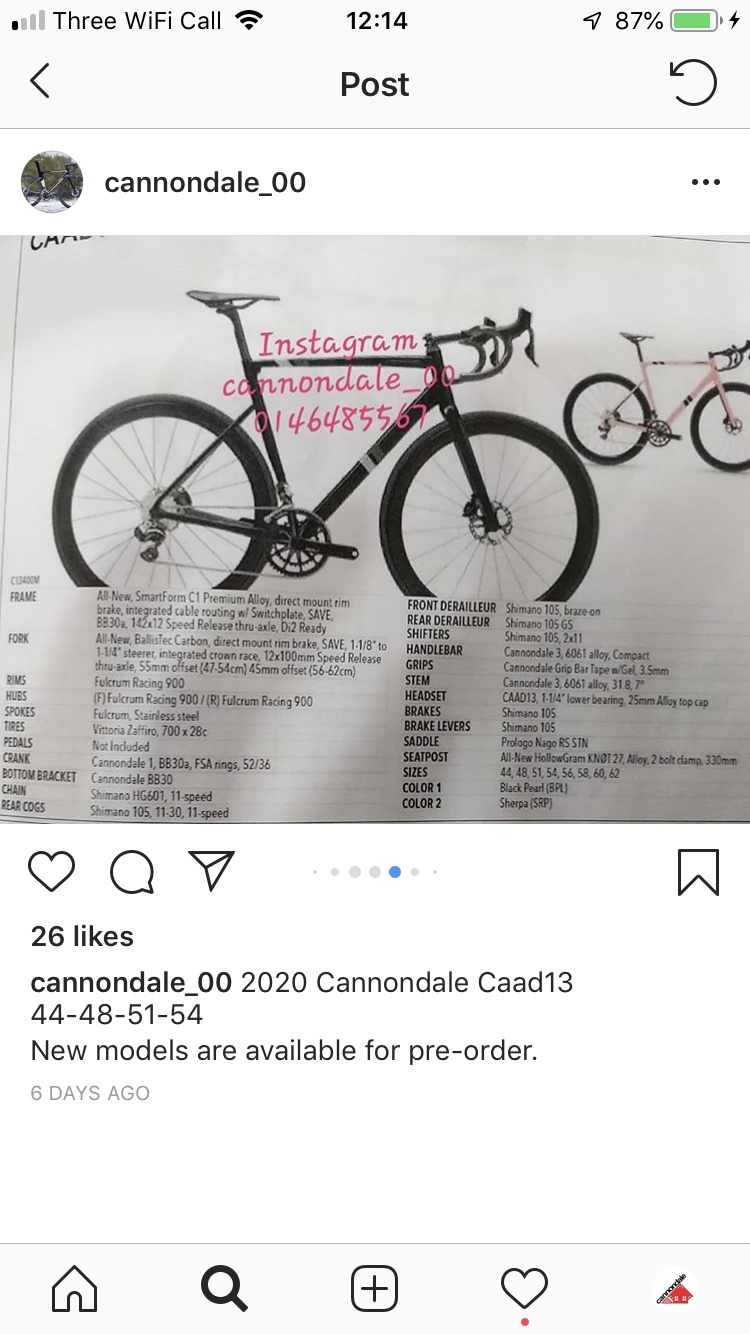 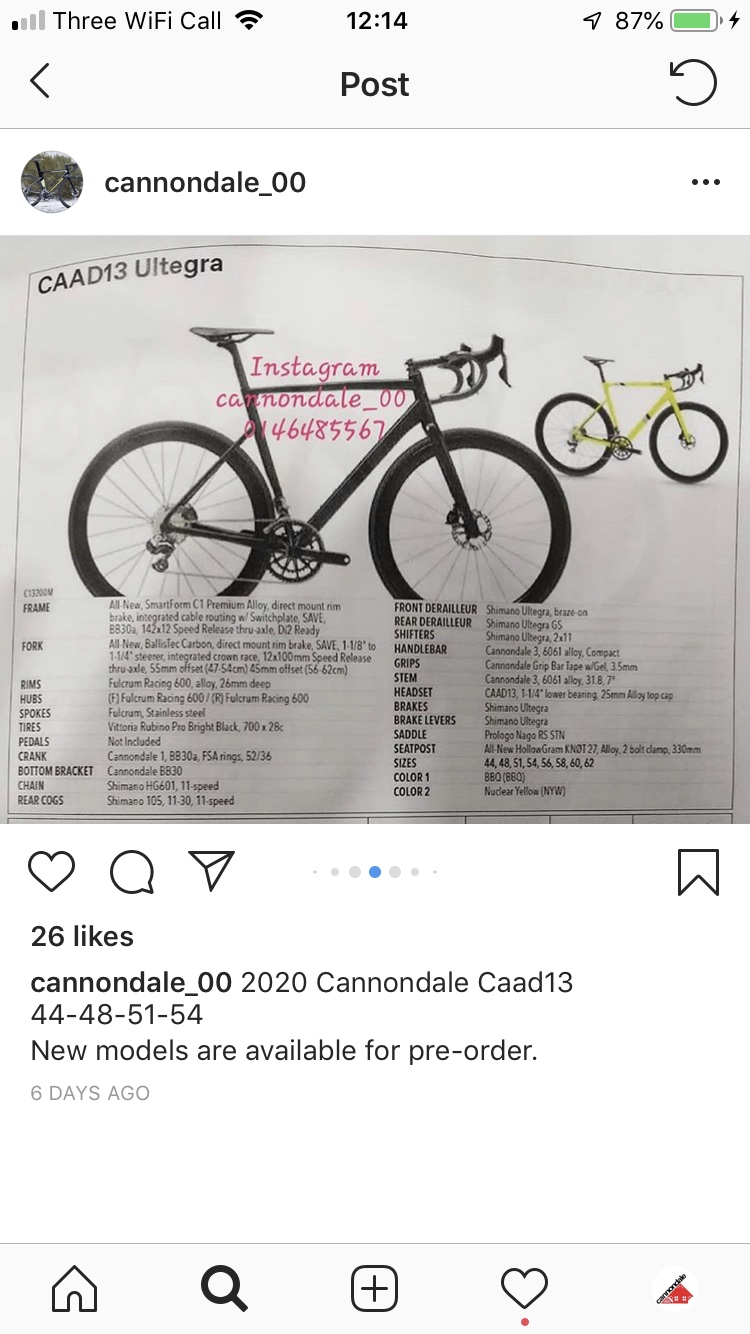 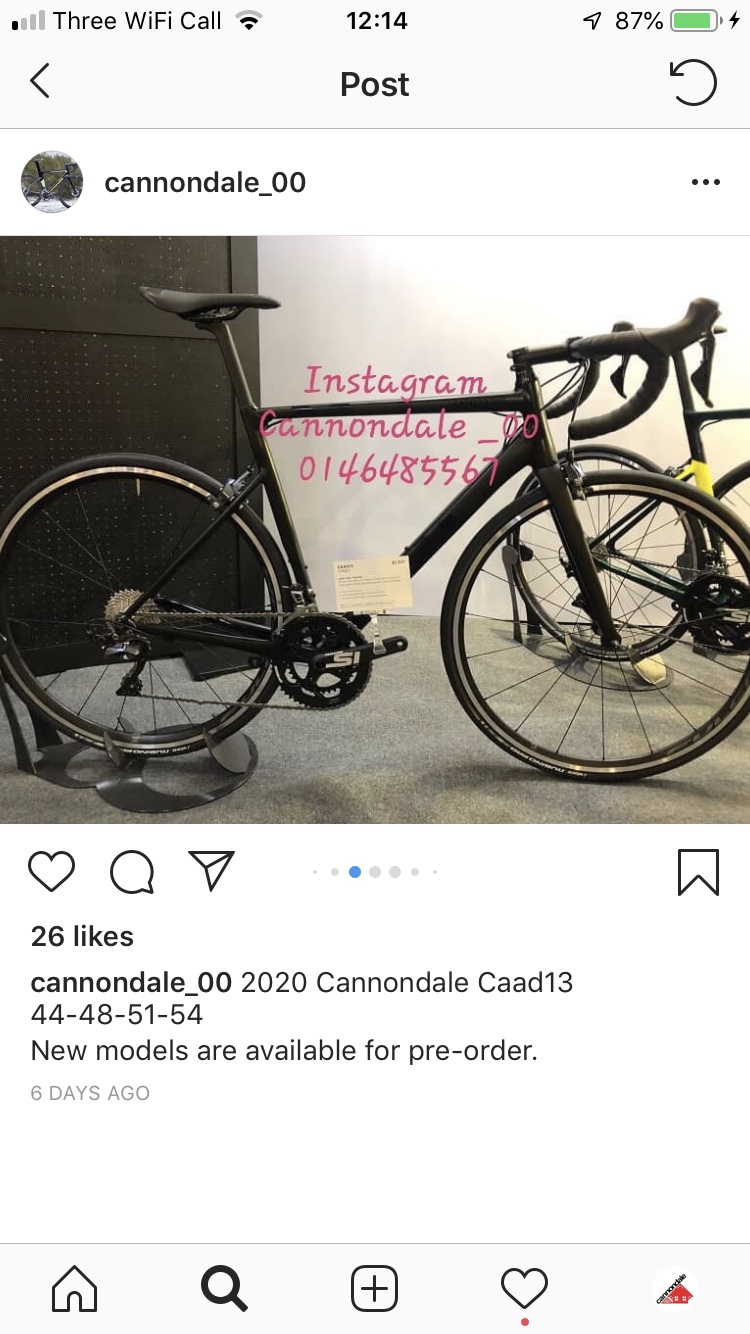 I do wish they’d stuck with Fabric saddles. They’re fantastic.

Bottom bracket says BB30 but crank states BB30a. I wonder which is accurate.

CAAD 12 was BB30a....
Age and treachery shall overcome youth and skill
Top

A BB30a bottom bracket is just a BB30 bottom bracket installed in a frame with the non drive side spaced 5mm further out, but the BB/bearings are the same. BB30a cranksets are also BB30 but some BB30 cranksets are not necessarily BB30a, they need enough spindle to fit in the wider shell.
facebook
instagram
Top

If proprietary, any news on a 0 offset seatpost?
Top

No Cannondale logo on downtubes? That would be weird.
Functionality > Performance > Weight
Top