Looks really nice! Regarding frameset weight, i dont think 980g is that bad, 833g is one size down and Im guessing without any paint.
Top

Stendhal, thanks a lot for that!

I find it difficult to choose the colors in MyO based on what I see on my screen. What were the exact colors that you chose? I like them both a lot.

How long did it take from order to delivery?
Top

I find it difficult to choose the colors in MyO based on what I see on my screen. What were the exact colors that you chose? I like them both a lot.

How long did it take from order to delivery?

The main frame colors are kind of the reverse of the ones on the Orca OMX reviewed by the Gran Fondo Cycling site. That was part of my inspiration. Main is the Fuji bike I had as a teenage that was stolen

NEW BIKE DAY -- no idea why the pictures are upside down, they are in correct view when you double click. I must have been routed through the site's Australia server

SRAM Red shifters and brakes (around 750g but some estimation here)
SRAM centerlock rotors = 262g (heavier than advertised)
Shimano Ultegra lock rings = 11g
Orbea thru axles = 71g (may replace with Mavic at about 84g, with levers at end)

First ride (15 miles) review
It was important to this project that the bike allow for wider tires and the Orca easily fits the Goodyear 32s as represented. Score one for Orbea for truth in advertising. That had not always been true for me (I'm looking at you Lapierre, you and your Pulsium).

James Huang's review on CyclingTips of the prior generation Orca OMR opined that it was competent but bemoaned that Orbea supposedly had lost its unique road feel of the second generation Orca (the one with the strangely sculpted, quirky tubes) and was now more European \ German (stiff, almost impersonal). I test rode the current OMR (not the OMX) earlier this year and see his point -- although I also tested the prior generation Orca in 2008 and found that pretty stiff too.

The Orca OMX has those qualities too -- see the massive chainstay.

And that's a Good Thing. It means the bike is stiff and will punch above (really below!) its weight on climbs, which I have not yet tried. It's more communicative of the road surface than the Tarmac SL6 it replaced...road comfort, at least for this first ride, was not as smooth with my new size 32 tire Orca as the prior size 28 tire Tarmac. (That may be due to sorting out the tire pressure, I am having technical issues there). I can take that and I want that so long as it's not oppressive, which so far it is not. The prior generation Tarmac SL5 was so deadening of the road that it was depressing to ride.

It took only one weight weenie part (the Haero bars) to get this to a true 16 lb with pedals, despite the massive weight handicaps of the mandatory anchor stem and hefty seatpost. For a good sized frame (55), disc brakes, size 32 tires, and a pedal-based power meter, that's impressive and I hope it will be light enough (given its stiffness) to use its light weight as a weapon on punchy climbs.

Or, as my football (soccer) team advises....

Wow very nice. Was the paint custom? How long did it take from ordering to delivery?
Top

And hows the finish on the paint job?
Top

Unless something has drastically changed, there is nothing to worry about when it comes to Orbea Paint Shop. They do really, really, good work.
Never cheer before you know who is winning
Top

Be careful- In my experience, Orbea paint looks great but scratches and chips quite easily. It is very thin.

Unless something has drastically changed, there is nothing to worry about when it comes to Orbea Paint Shop. They do really, really, good work.

Unless something has drastically changed, there is nothing to worry about when it comes to Orbea Paint Shop. They do really, really, good work.

Not my experience at all. At least with gloss finish. This frame is four years old, and short of a couple of downtube/bb shell rock chips, remains brand new looking. The paintwork on the gloss frames is the opposite of thin. 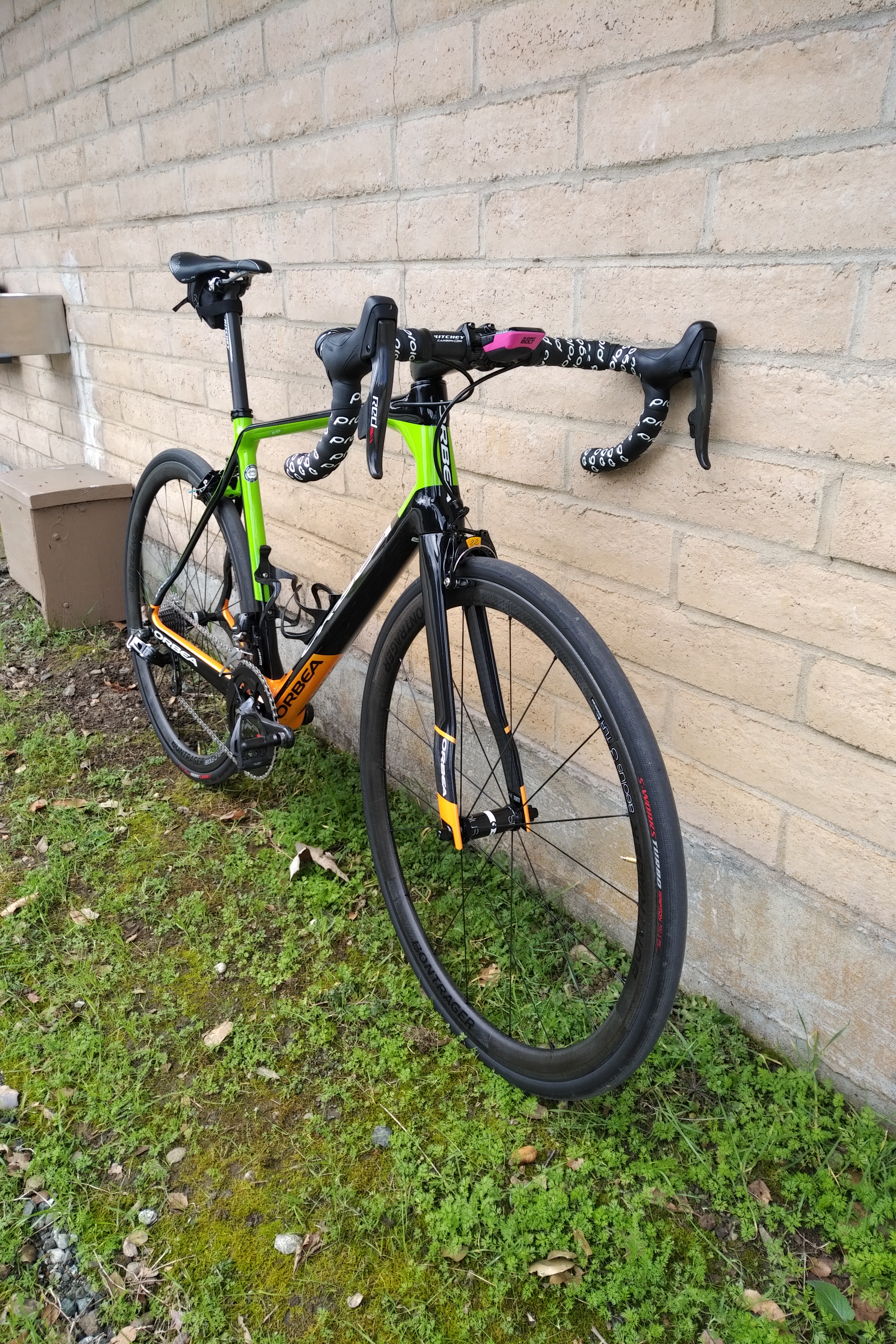