none wrote: ↑
Tue Jan 22, 2019 4:17 pm
I still have my Kestrel from 1996, still a great ride for long distance/hours in the saddle.
I can't tell if rolling resistance is any different from 650c vs 700c, but
smaller wheels do not keep momentum as well as 700c, you feel the bike slowing down as soon as you stop pedaling.
But smallers wheels require less spokes, Kestrel without seattube compensates well for comfort. 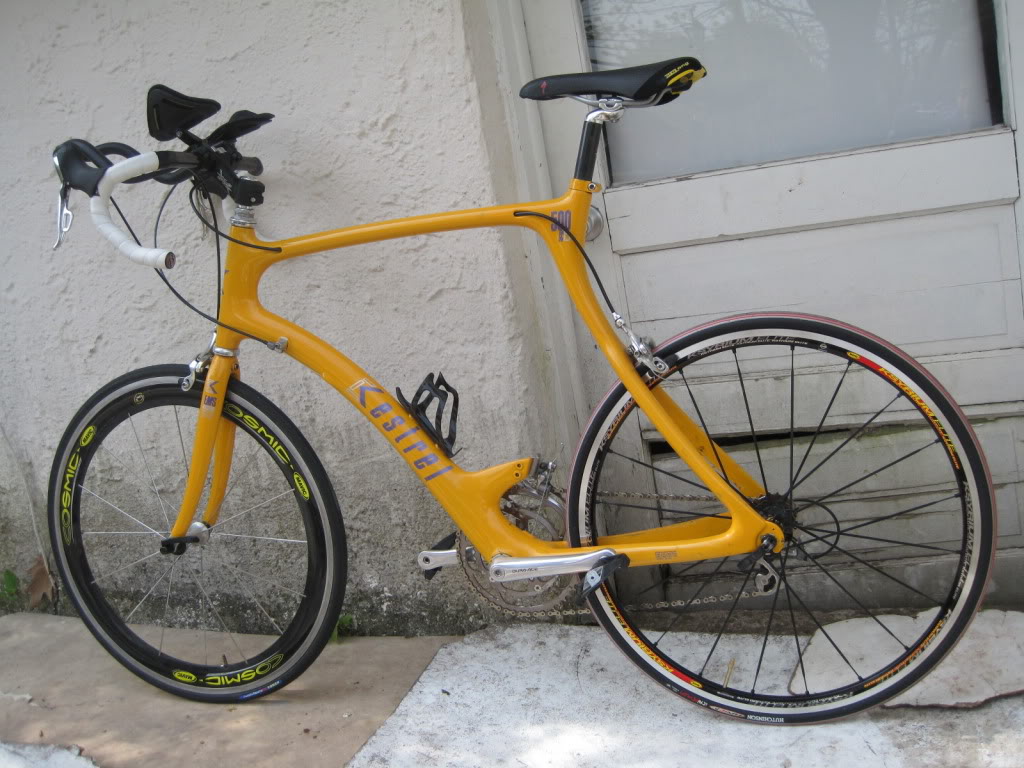 ultimobici wrote: ↑
Tue Jan 22, 2019 8:46 am
On the road, unless geometry dictates 650c or 650b wheels, smaller wheels are not necessarily any benefit. Way back in the 90s ONCE experimented with 650c bikes for mountainous stages. Any benefits they conferred were outweighed by the greater effort needed to keep them rolling.

The effect on gearing would be OK for me at least. It's that old argument if we actually need an 11t cog. I certainly don't, and I always look for the lightest climbing gear, hence why I'm still riding 3x11 setup. I'd be ok with 8% smaller wheels and 8% lighter gearing! That's with a cassette starting with 12. If anything goes wrong I can always get one with an 11t (and soon 10t with sram)

As for the geometry, my custom bikes all have some funky geometry with steeper seat post and short headtube. With a 52cm top tube they are on the edge of being better with smaller wheels, and all of them give me toe overlap (not a big issue really, but better not to have it).

[a bit offtopic, but not 100%]
My last weird idea was to get 120mm cranks and 38t narrow wide chainring to put some gears in my fixie/tt frame. Cranks arrived last week and chainring today. Theory is that 30% shorter cranks makes you spin nearly that much faster spontaneously, so small chainring does the trick, and 38 = 52 with 170mm cranks. If that works, getting smaller wheels on such a bike would be benefical, since in practice I'll now be 5cm higher on the bike compared to 170mm cranks I have been riding on it. If it works well enough I'll have all the reasons to get a new bike: no more triples, 1x, smaller wheels since now I can get aero wheels and good tubeless tires in 650b. Possibly I could swap the hanger on this existing frame and get a new disc fork for it. Could do the trick too. And then with smaller wheels it wouldn't be so weird to have a 38t chainring on a TT bike... It would be 42~ instead! haha
But all that is still some time far from present time. Let's first see how the short cranks work.
Top

I disagree on that. It is about subtle changes in contact parch shape, and tire casing deflection. Plus larger tires have better rollover. Subtle, but it adds up.
Top
Post Reply
18 posts