What do you reckon about cutting a hole in the SLR. As I can get a bit numb after a ride. Just mainly concerned about structural strength.

I wouldn't. Either buy a new one with the opening or choose another saddle. IME the SLR with the opening is not much different than the regular one in terms of pressure relief. The hole is too small to make a difference.
My 6284gr TIME Alpe d'Huez
My 10012gr COLNAGO Master X-light
Top

The SLR has an unfortunate ridge along the middle, and when the padding on the wings has compressed after a while it puts pressure where it shouldn't.

You can cut a relief, but you'll have to re-pad and re-cover the saddle. The shell will become a bit more flexible but that's actually good unless you're very heavy. 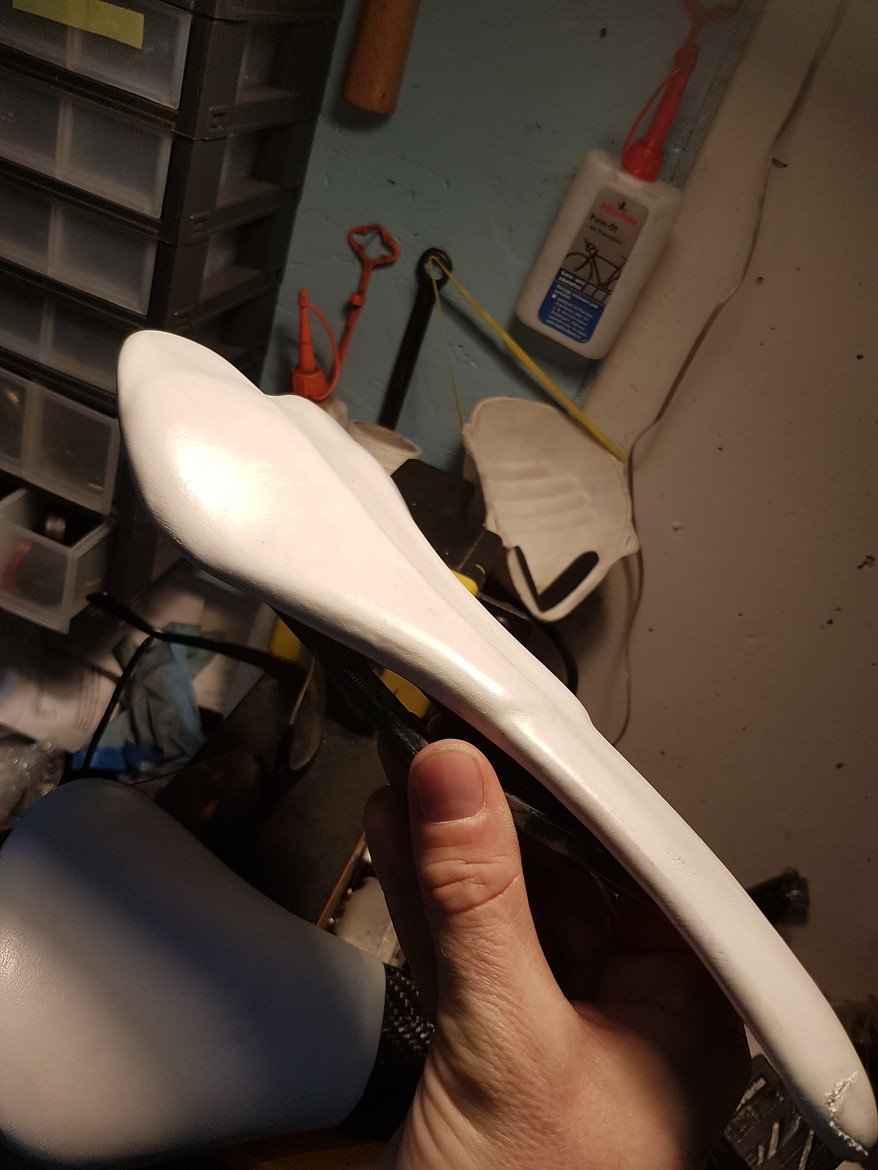 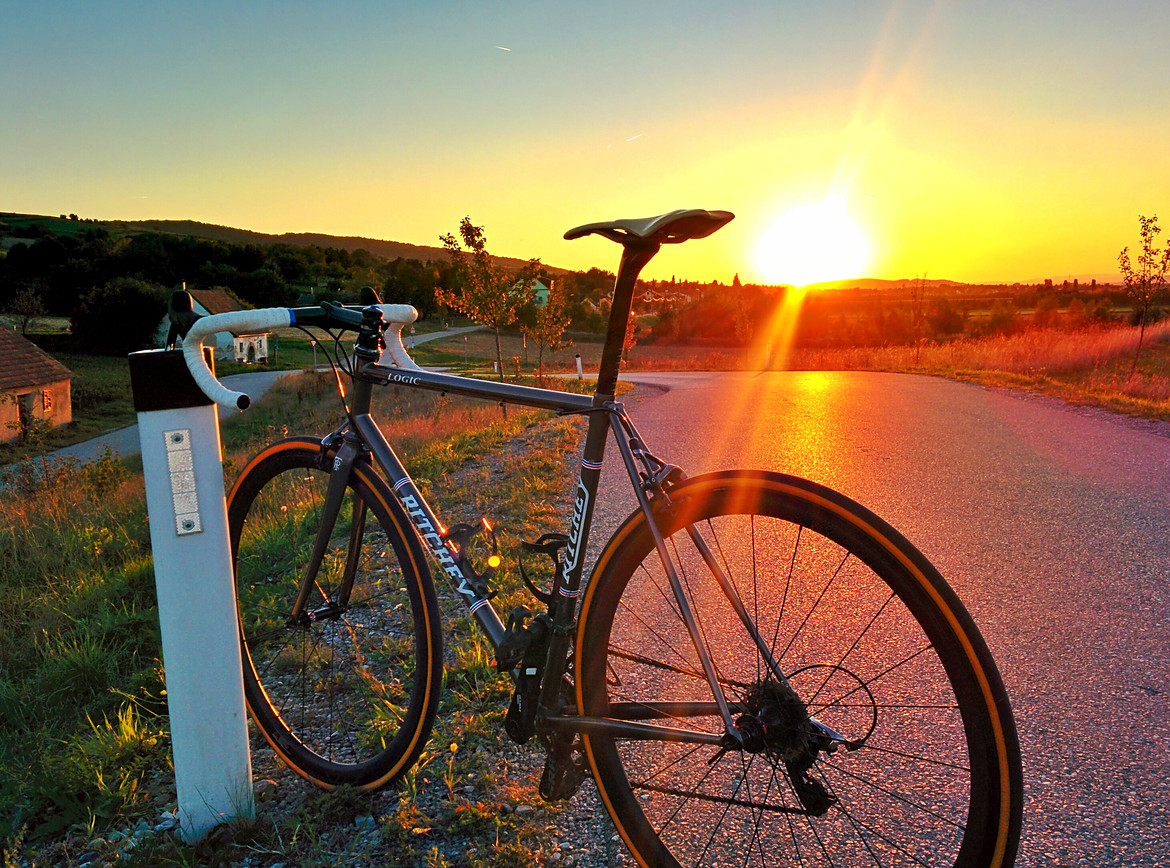 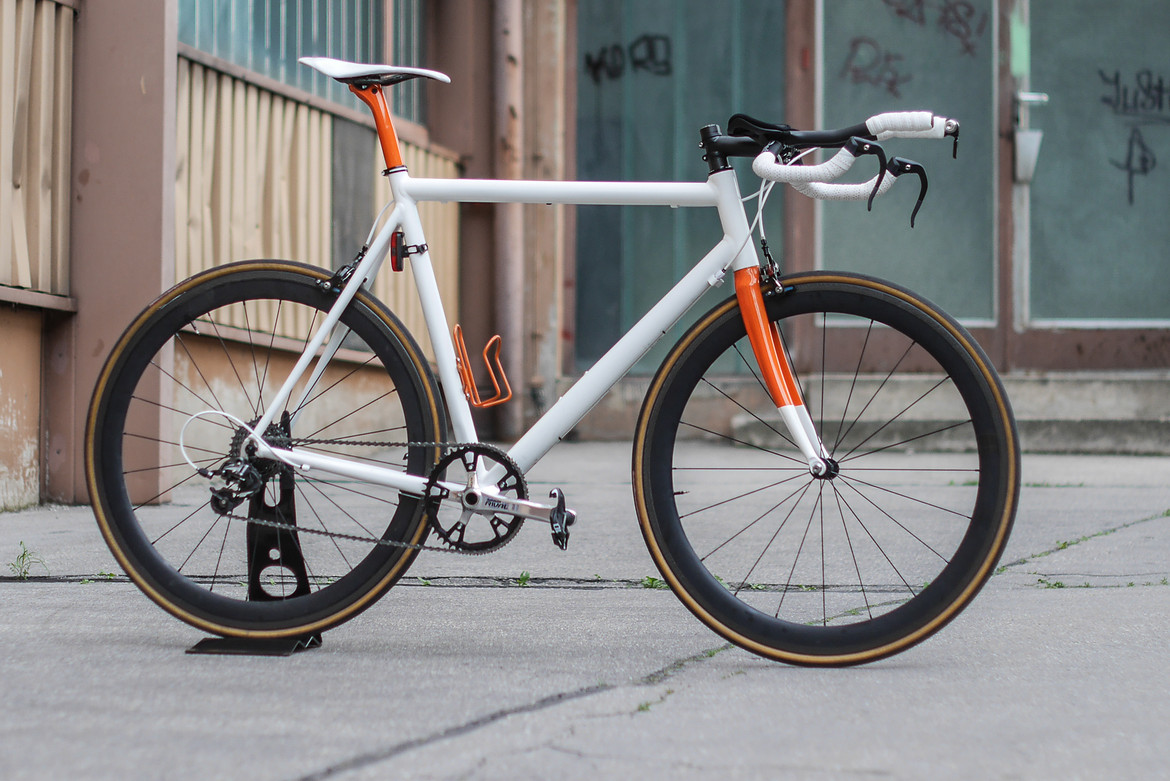 Note that I only padded the area where you actually sit, the rest in just covered with leather.
https://www.instagram.com/hereticbikes/
Top

That looks very nice, what sort of size hole did you cut? I was looking at something the size of the SLR super flow saddle.
Top

About 2/3 of that size I'd say.
https://www.instagram.com/hereticbikes/
Top

Try the new SP-01 Boost and prepare for something special (most probably find S3 a good option)!
Bikes:

I just used the SLRs because they are light and cheap when bought used.

I switched over to Tune KommVor and Speedneedle for all bikes and haven't looked back, very comfy without cutout or padding and very light.
https://www.instagram.com/hereticbikes/
Top

Have you tried it already? I like its looks and the design looks promising in terms of comfort.
My 6284gr TIME Alpe d'Huez
My 10012gr COLNAGO Master X-light
Top

Yes KGT, i have. I bought the Ti316, but i sent it back and ordered the carbonio version.
However, best priced model is the Ti316. The manganese rail only doesn't have the carbon mixed into the shell.
Both Ti316 and carbonio have. Most of you guys would probably handle well with the S3 version over L3.
The saddle works intenpendebly left/ right and is also wider in the centrum compared to almost any other saddle except ISM.
Due to the structure, this is not a problem (chafing) as the the hull moves along.
Strangely and as a well noted feature, the saddle is not dipping/ sag in the middle (as almost all cut out saddles do).
If it does, this is not a thing that affect your sense of a high tail and nose and a sagging mid section.
You can easily move to front of saddle, aswell as move sitbones rearward when you place yourself in the drops.
Very close to nose, is not a problem either. It doesn't feel like you actually sit on the nose (again, the centrum width is a part of this)
So for guys moving, finding saddles strangely not playing well with them, this is probably a blessing.

Personally, i am for the first time really liking a Selle Italia saddle. Not only that, it's a saddle i seriously would recommend.
For what it matters, i am between 83-85 Kgs, so it would probably would work great for most guys.

S3 has a slightly smaller inner edge to edge measurement over L3 (that is width of the cut out edges, not the side to side externally).
The width of the S3, may seem small to those rather jumping aboard 138-145 saddles. But due to the width of the saddle from nose, i think this saddle (S3)work very well for guys having sitbone width up to 120-125mm.
Bikes:

That saddle became a bit too flexy over time, but admittedly this was extreme.
Top

That saddle became a bit too flexy over time, but admittedly this was extreme.

I think i understand your idea here. Seriously, you should try the SP-01 Boost same size (S3)
I think you would end up surprised in a positive manner.
Weight can't set back all things

I think the contact points like saddle and handlebar shape is so important, so i must allow some give here.
Ofcourse that's personal.
Bikes: