timmerrr wrote: ↑
Sun Jan 13, 2019 4:59 am
Well the bike is done! 7.3kg or 16.13lb with pedals and the barfly mount(its a boat anchor, I seriously think it’s steel...) first ride impressions after 30 miles were pretty fantastic. I’ve been on an older madone 5.2 with Reynolds strike slg wheels and zipp areo handlebars and the way this thing holds speed at 23+mph even in a jacket and full warmers is impressive. Incredibly stiff bb but pretty comfy vertically both front and rear. Only real complaint is that it’s 31*F and I can’t ride it more.

Nice bike - I know a lot of people don't like the looks of this bike - but I think they did a good job and thought out of the box a bit. I do think this type of bayonet fork is also a good solution. Enjoy the ride.
Top 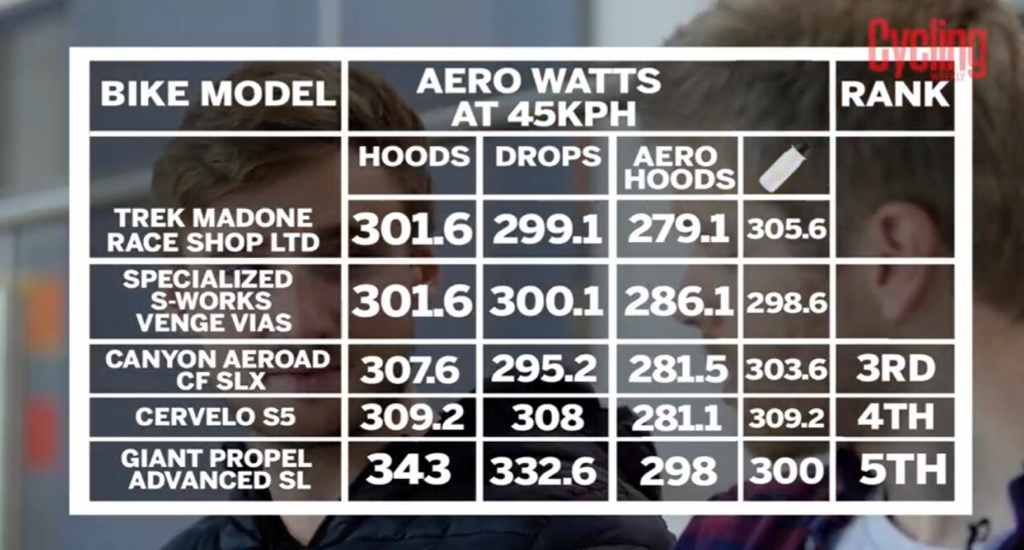 7.3 Kg's, that's not much for such a beefy frame / bikes with disc brakes.
Bikes:

cyclotripper wrote: ↑
Mon Jan 28, 2019 2:06 am
Nice bike - I know a lot of people don't like the looks of this bike - but I think they did a good job and thought out of the box a bit. I do think this type of bayonet fork is also a good solution. Enjoy the ride.

Thanks! I really love it too, The ride is amazing! Now it just needs to stop snowing! Another 10 inches last night was a bit much....

I updated my build thread but not here. The scale at the shop must not have been working. It was 7.7 all in with pedals, cages, mount and computer on my scale. Still pretty good.

I really like the colors on the S3, way more than the S5. I've seen 2 of them in person and they are a super nice looking bike, congrats!


IchDien wrote: ↑
Sun Jan 27, 2019 4:33 pm
One thing I'm a little interested in is why Cervelo hasn't modfied the down tube like many other brands (namely Pinarello & BMC) in order to accomodate aerodynamics when a bottle is in place?

In real world terms probably 90% of road cyclists ride with at least a bottle on the downtube; 100% of professionals. I really don't see it as being something so irrelevant that a major motorsport manufacturer wouldn't advise design changes when consulted (ie Jaguar for Pinarello), and BMC have obviously understood this themselves with their new design.

Is it just that in the wind tunnel it probably tests slower and therefore is not as great a marketing tool? Obviously wind tunnel tests aren't usually done with bottles in place as with cages included it would create a simply staggering amount of variables.

I'm talking only about road bikes here, but Pinarello even optimised the Bolide and thus the F10 afterward; and let's be honest Pinarello have never been considered aero freaks themselves like Cervelo.

The bottle is pretty well hidden. The downtube does widen and flatten where the bottle sits. I'll post a pic when I get home tonight.
Top

(New poster here) - I've just ordered one yesterday too. I've gone for the DI2/Ultegra/Disc version in the Fluoro yellow colour scheme. I was originally going to order the Black/Red but was quoted delivery Mid-June but on the Fluoro I'd get it by 2nd week of March (size 58) - just in time for an April trip to Mallorca and the 312.

Which version and colour scheme did you go for and how long did you get quoted for delivery?
Top

I went for the Black/Red in 54cm, quoted early March delivery. I was deciding between fluro yellow and black/red, but a lot of my kit is black/red so thought it would look better!

Did you get yours from epic-cycles? They have done me a great deal on mine. Make sure you put a build thread up when you get yours.

I sure will. I didn't get mine from Epic. I'm quite loyal to my local bike shop in Ormskirk, they've looked after me for ages and the club I ride with are based out of that location too. I'm counting down the days now until I get it so I can just stare at it and wait for the weather to be acceptable.
Top

Finally a picture of the Cervelo S3 2019 with direct mount rim brake. Probably the most sensible new aero bike in 2019.
Top

Anyone ridden the S3 rim in the wild yet?
MD
Top
Post Reply
295 posts