Specialized updates bikes every 3 years, so you can expect without a doubt that the Tarmac will be updated next summer, probably see a bike or two under a rider in the Dauphine with a big announcement just before the TDF where all team members will be on the new bike, except for maybe Sagan or the sprinters which will be on Venge for the fast/sprint races.

cant trust that anymore..
venge vias laster what..1-1.5years
I feel like the last roubaix was only 2 years..

Specialized needs to slow there roll.

The Venge VIAS as a completely flawed design. The pros hated it, mechanics needed an advanced engineering degree to set it up properly, and it was too heavy. I would be surprised if they sold more than 1000 of them.
Top

Hi guys, sorry if it’s a repetitive question but here goes: what Wahoo mount are you using on your Aerofly handlebars?
Top

I just wanted to show you guys my addition to this topic.

bruno2000 wrote:I just wanted to show you guys my addition to this topic.

Sent from my EVA-L09 using Tapatalk

I'm guessing it's some type of fake, going by the BB area and the headtube.
Top

Looks legit to me.
Top

here's one I photographed for reference. a couple of things look off to me.

1. As you mentioned, the headtube.. particularly the rear of the headtube and how it angles into the top tube, as opposed to curving in.
2. The "Specialized" keyline logo on the chainstay... I haven't seen one of those bare carbon key line bikes with this logo on the chain stay... possible that its a foreign markt variation, but doubtful.
3. The top of the seat stays, where they attach to the seat tube, on the bike I shop, that's a straight edge.. on this one appears to be round.
4. The fork, appears to be arching forward, directly from the bottom of the headtube, while the real one is straight.
5. I also feel like the area around the rear thru-axle looks off... its oval in shape, while the one in my shot is round.
http://www.Crankaddicts.cc
2017 Specialized S-Works Tarmac SL5 / 2015 Specialized S-Works Allez / 2014 Specialized S-Works Shiv TT - SOLD
Top

I need you help as i currently am in a dispute with my LBS.
Last fall I ordered my S-Works SL6 disc and had it built individually. we agreed to keep the Ceramic Speed BB and just use an adapter for the Ultegra crank, since it was to be displaced by a 30mm crank with a powermeter as soon as my ressources would allow. Fast forward to last week when I received my P2M system incl. a Rotor ALDHU crank with a 30mm spindle. When I tried to remove the crank and BB-adapter last saturday I had to notice that there neither was an adapter nor a 30mm Bearing, but some threaded cups and a DA-9100 threaded BB. Since I moved to switzerland, I had to call him and ask wtf happened and where my expensive Ceramic Speed bearing is. He acknowledged that one of his mechanics did a mistake, and offered me to send me the "original Ceramic Speed" bearing and let me have someone in Zurich do the job of swapping them and sent him the check later.
Today I took delivery of the bearings and took all the stuff to my trusted bike shop here in Zurich, but the first thing the mechanic said to me that he doesn't think that those are ceramic, then opened them, found ball that don't look ceramic with a white grease. He said those look like "cheap Sram bearings". (picture attached).

I feel kind of betrayed if that bearing is not the once he should have sent me, ecpecially since I already had complained and this was supposed to be his answer. In order to find a solution I need to become clear that those really aren't Ceramic Speed bearings in a first place and then evaluate what demands I can make.

So my first question to the other owners of a SL6 would be the following: What did the bearing look like and (more generally asking) what should a Ceramic Speed Pressfit look like with which kind (or colour) of grease?

What would be reasonable demands if this is true?

I mean, the part number brings up an Enduro bearing that does say its ceramic. But that's not Ceramicspeed. Maybe they swapped out the dust cover?
Top

Helmetbox wrote: ↑
Wed May 22, 2019 2:27 am
The ceramicspeed grease should be in blue in color and there should be a ceramicspeed wording on the dust cover if my memory don't fail me.

Ceramicspeed bearing should look like this and it is from S-Works frameset. Here is pictures from both sides of the bearing. 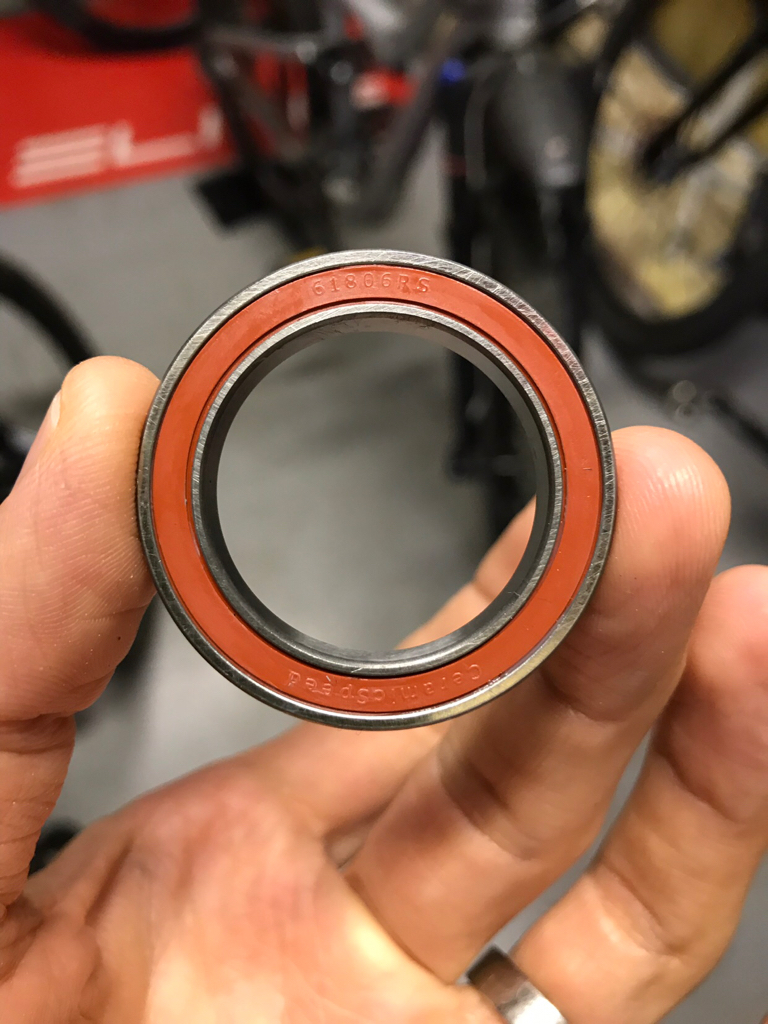 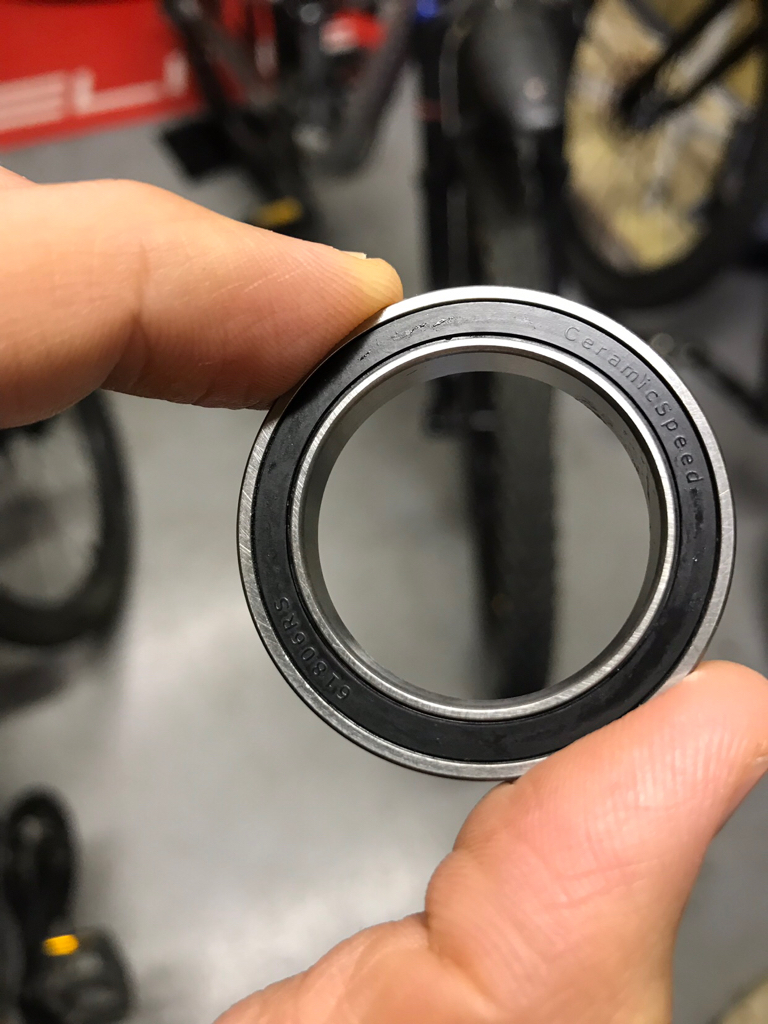 Thank you very much! That's pretty much what I feared and a large disappointment for me. But It's goof to know the truth.

Now the question is: What would be an appropriate demand for me? Give him another chance to sent me the right bearings, have him paying for my local shop here order and press in ceramic bearings, demand conpensation or should I even consider resigning from the purchase contract and giving the bike back?

The thing is: I don't need a ceramic bearing, since I just started racing and don't think it makes much of a difference. But I paid for a really expensive frameset, of which a 300 usd BB is a substantial part, and when we discussed the built, we agreed to keep it in, because an upgrade to a bb30 powermeter would only be a matter of months. Now I don't have the right bearings, but a PM I can't mount because of this. And no spare bike, which makes it worse.
https://www.strava.com/athletes/nulldreiunddreissig
Top