by efeballi
Hello weenies, I haven't been around for a while.

After being annoyed by the rather large gap between the 15T and 17T sprockets, I thought I could jam a 16T in between them and drop the 11T to maintain 11 speed. I rarely use the 11T anyway, and a 16T would be far more useful.

Now, DIY project to follow. A lot of pictures and everything. 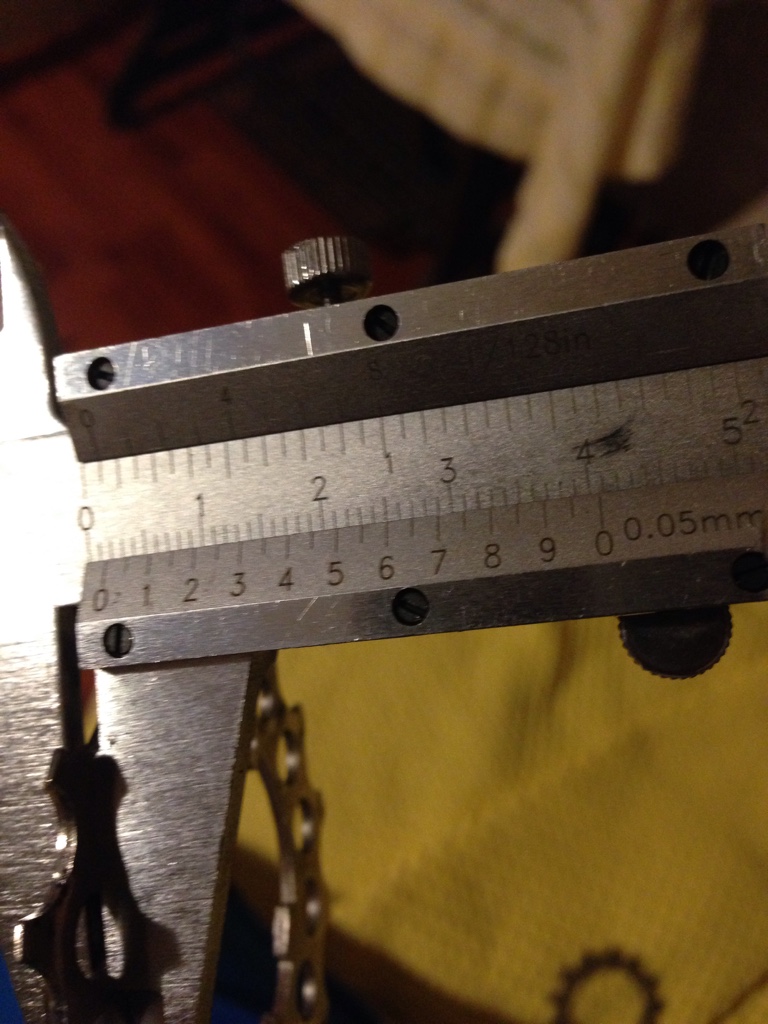 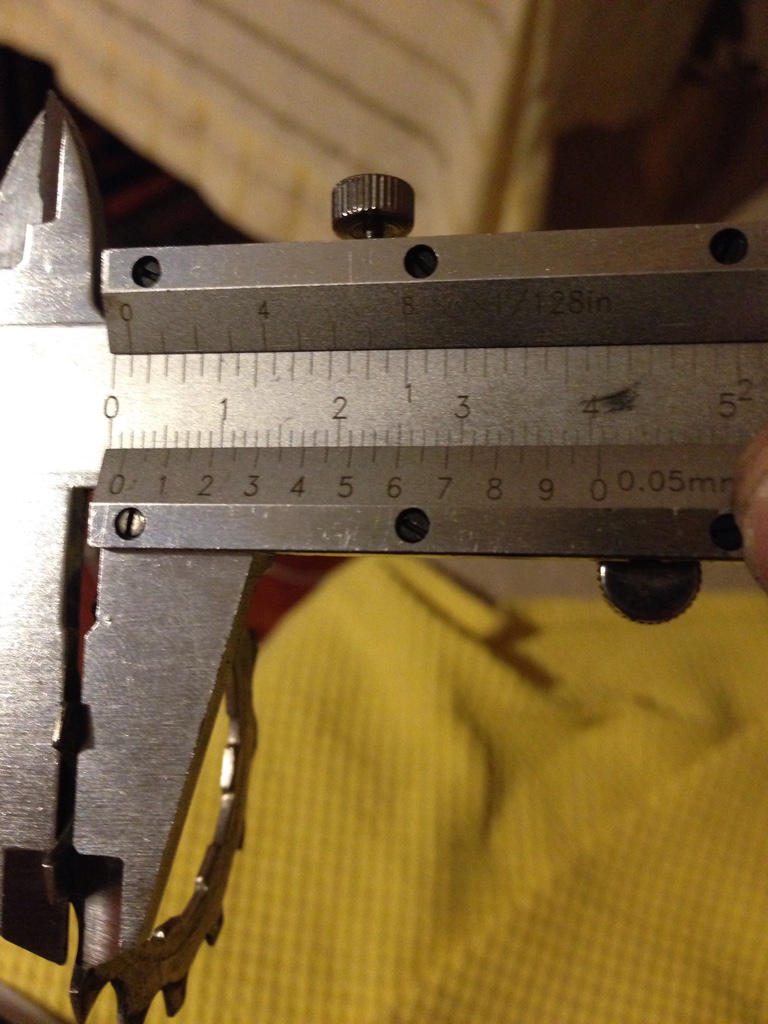 Now I know the cog thicknesses are the same. The next problem to tackle is the extra spacer I need to put the cassette together. If you have an old 11 speed cassette lying around, use the spacers from it. If not, well, it's up to your ingenuity. 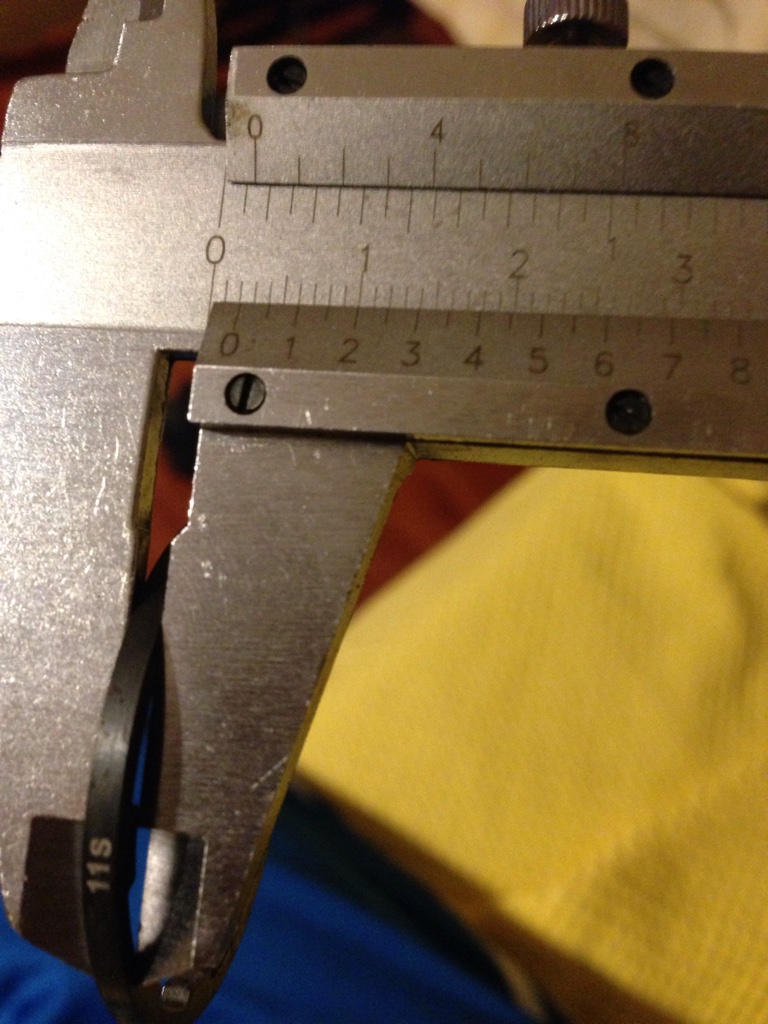 Now, I need to add 0.15 mm to this spacer for the whole thing to work. I'll add the hodgepodge spacer as far down the cassette as possible so that I don't throw off the alignment of the whole cassette.

The sheet metal under the lockring seemed to be a nice candidate. I removed the sheet from an old 11T lockring and cut it so that I can fit it through the freehub. 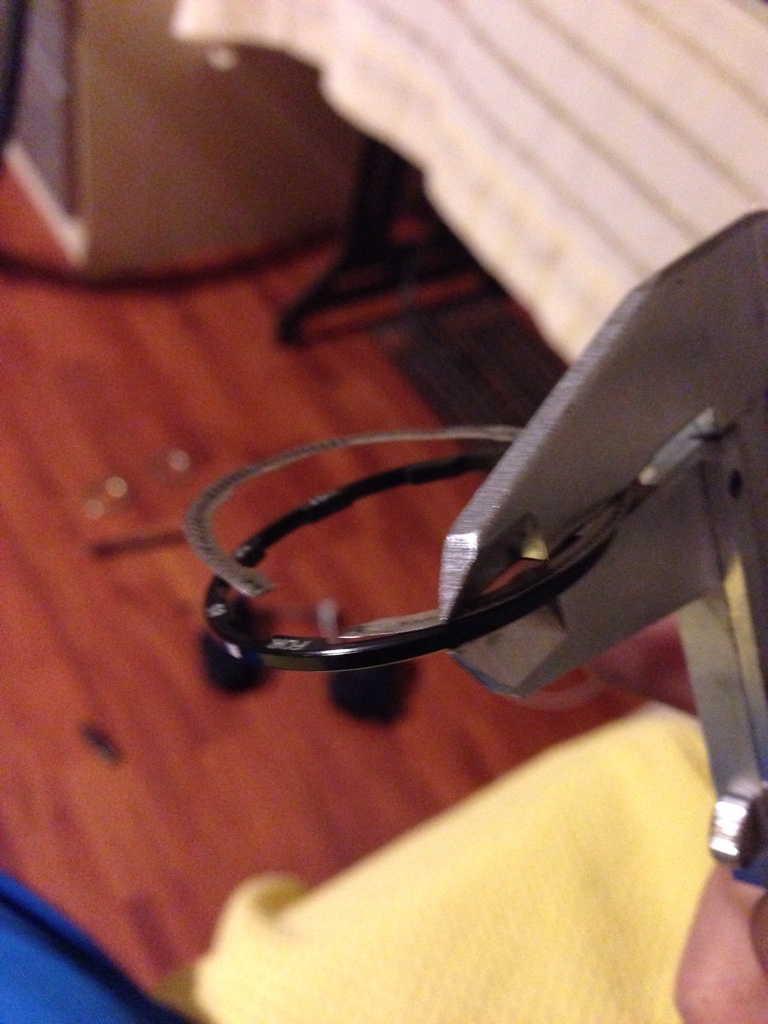 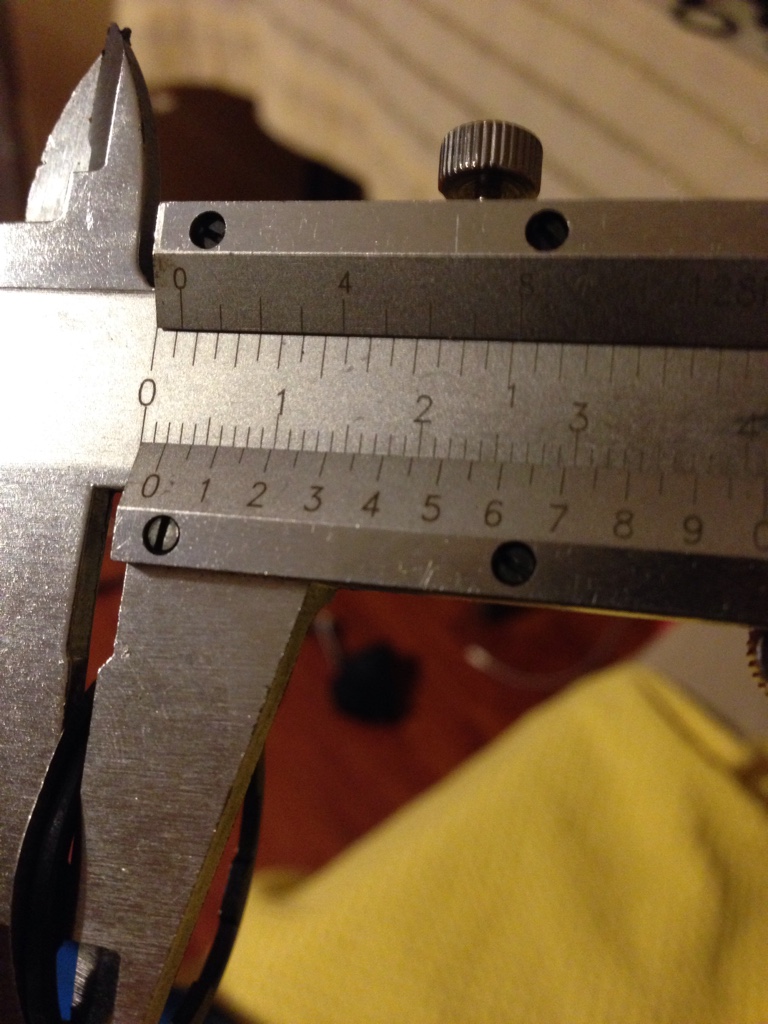 Now that I have all the components ready, I can put together the whole thing. 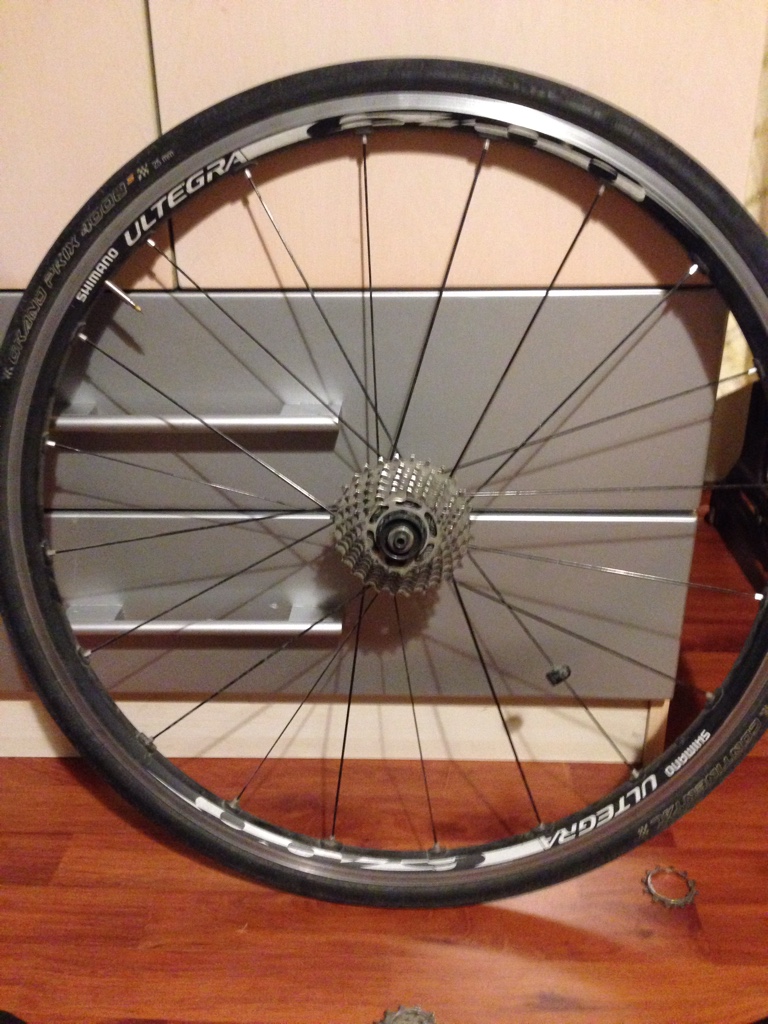 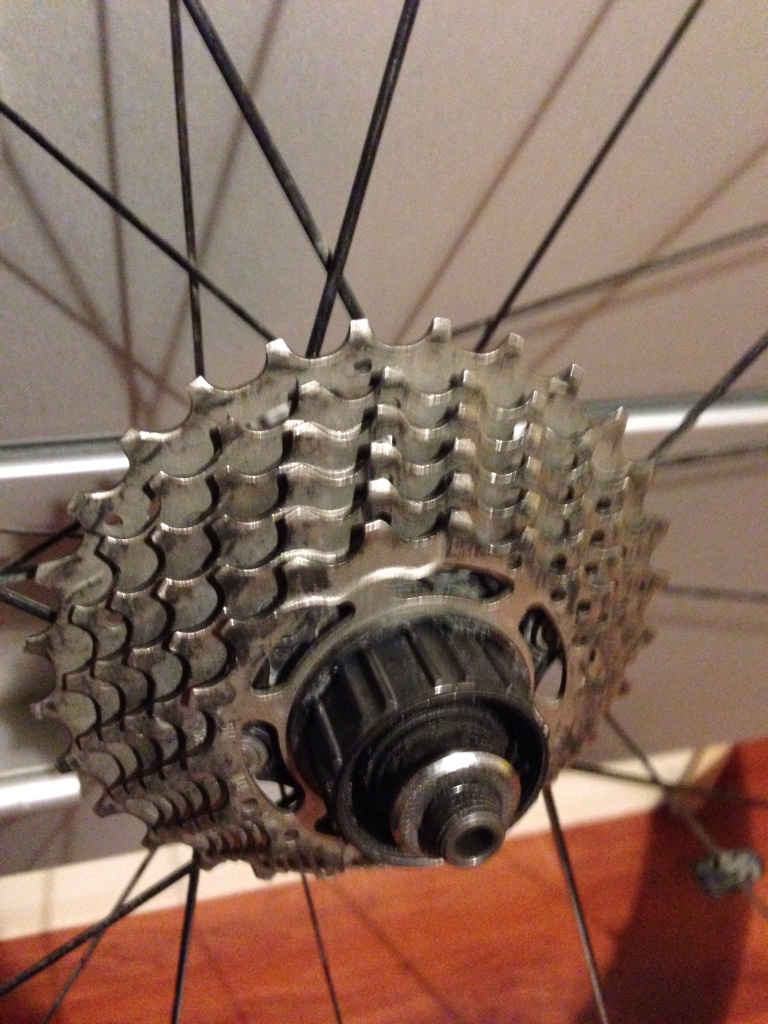 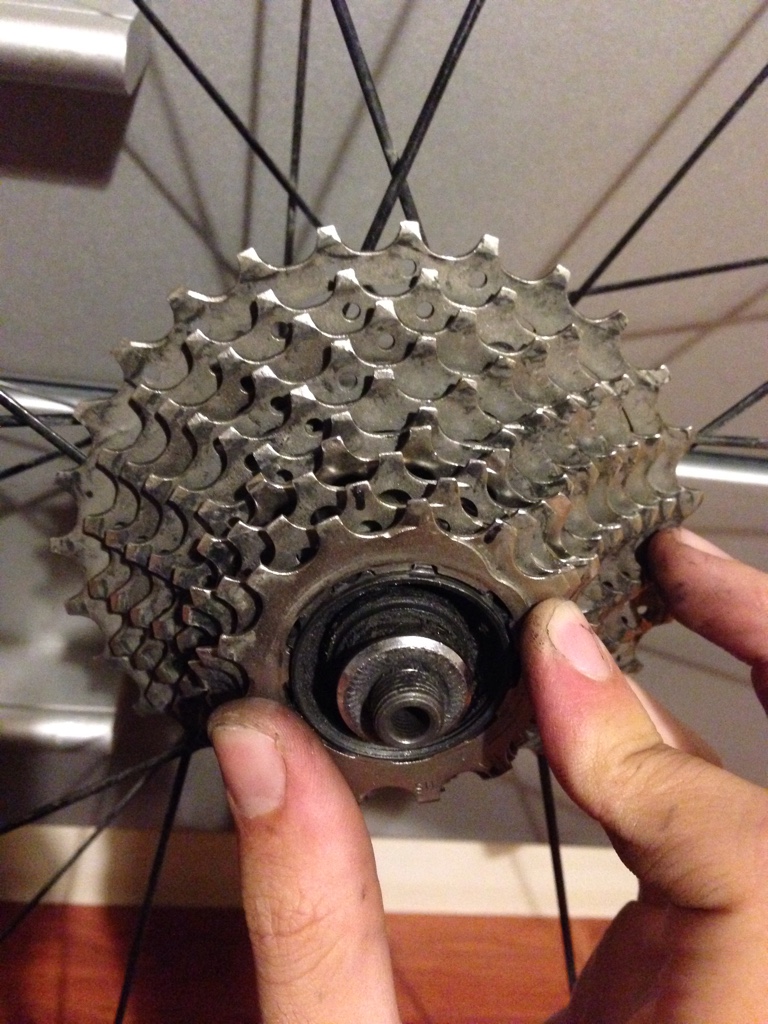 Well, sh1t. No splines left for 12T to grab.
I believe this may be because I've cut the freehub just a bit too short when I was adapting it to 11 speed. In a dedicated 11S freehub, this may not be a problem. Anyway, I pressed on, hoping that the pressure from the lockring could push the 12T into the splines. I marked the 12T and 13T in the correct orientation and I will check them as I tighten the lockring. 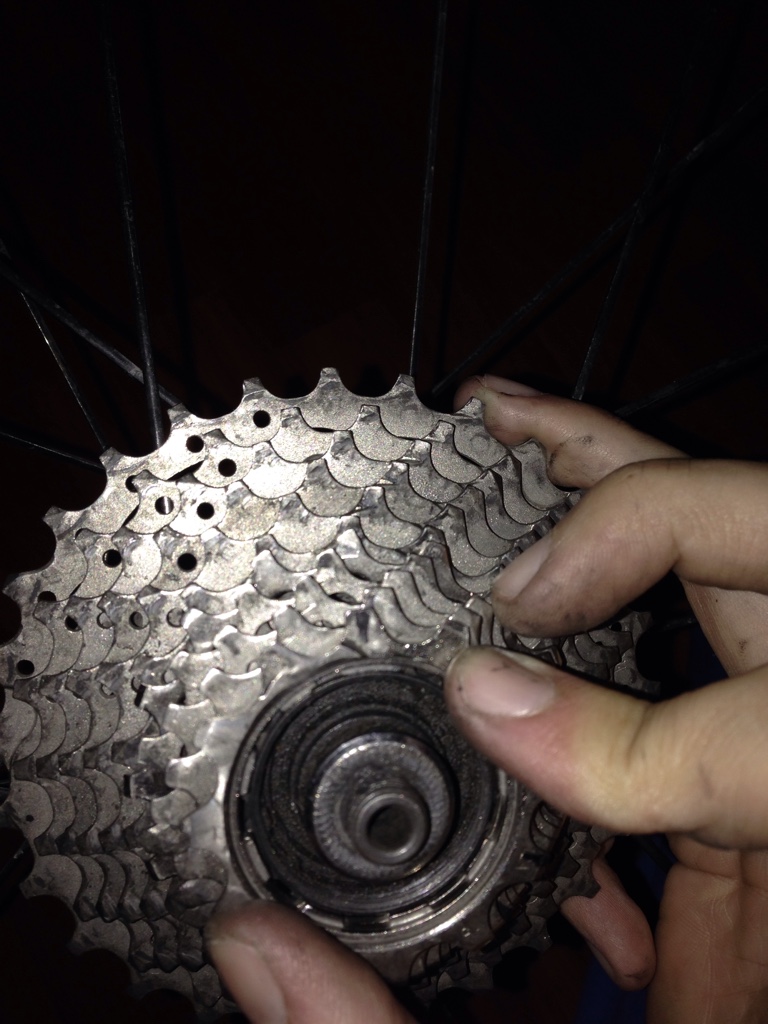 Holding the 12T with a chain whip and tightening the lockring, I felt a THUMP which was the 12T finding its position in the splines. The 12T did not rotate further as I tightened the lockring. 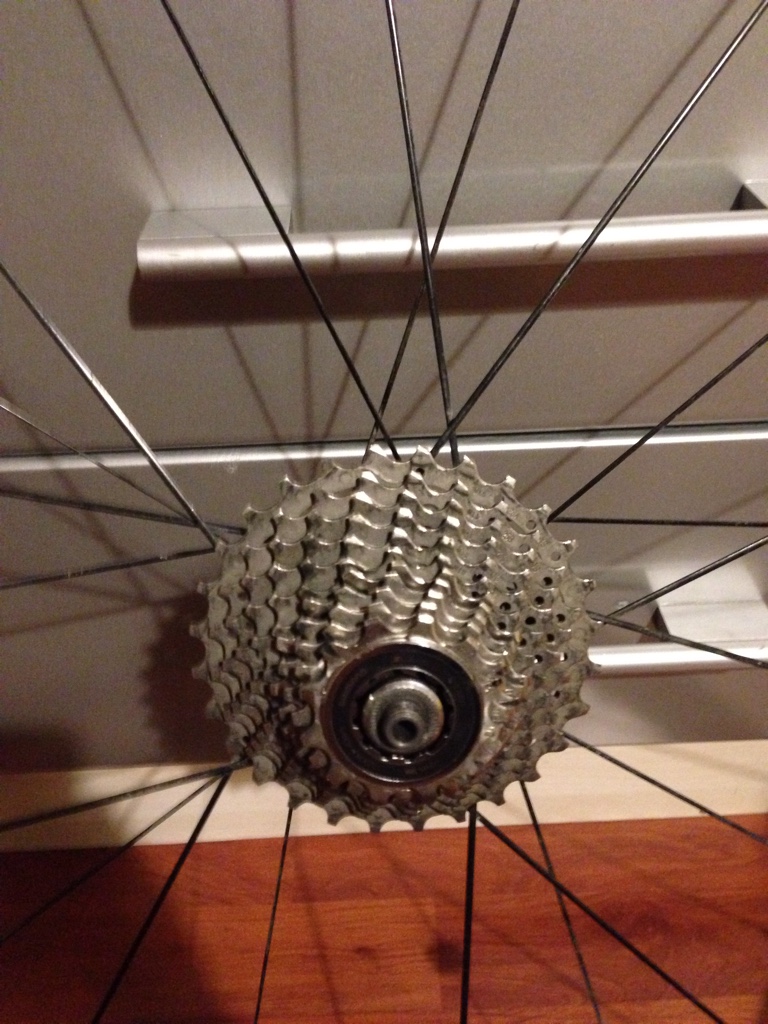 Have not yet ridden the wheel. Gears shift perfectly well, can't see anything wrong as yet. Will follow up after a ride.

by pdlpsher1
Good work. Your problem is exactly why I refuse to buy a Shimano 11x28 as it lacks a 16 cog. Sram cassettes don't have this issue.

I use a company crank and thus I absolutely need a 11 cog. So I buy a Sram cassette and lose one of the lower gears. This has worked well and I have not missed the closer ratios on the lower gears.

by 2lo8
Only Shimano/SRAM 10 cogs are the same width as 11. 8/9 speed cogs are not the same width as 10. Campagnolo 10 also is a little thicker. Although you might get either to work well if it's just one. You will also want to keep an eye on the lockring when you don't use a proper 12t end cog, as the toothed interface prevents it from creeping, but is only found on end cogs, but this is not a big enough problem not to do it.

by efeballi
Edited out the 8/9 speed thing. Yeah, the non-toothed 12T seemed like a problem, but i could put the cassette together OK. We'll see about that on the road.

(*) this method similar to first post in this thread. ramps difference:

by alcatraz
What if you get a 12t cog (and lockring) from a 12-xx cassette. That one has longer reaching splines, doesn't it? I mean since it's designed to go on the end.

alcatraz wrote:What if you get a 12t cog (and lockring) from a 12-xx cassette. That one has longer reaching splines, doesn't it? I mean since it's designed to go on the end.

Alcatraz, as I mentioned I already have a 12-27 cassette lying around. The longer reaching splines of the 12T end cog works only if the next cog is pocketed, like the non-end 12T cog.

Switching both 12 and 13T was an option, but then the combined length was off by 0.4 mm so it didn't fit very well, either.

by alcatraz
Ahh, sorry. Didn't see you mentioned it.

How about dremeling the 13t into the necessary shape?

In the end, if your current solution doesn't have riding issues then no need to change it. Could a poorly seated 12t cog damage your freehub body?

by efeballi
Late addition:
Did a ride test. The 12T slipped, which somehow threw off the alignment of 12T and 13T, making both cogs skip when shifted on them. Very light pedal pressure, even when on the big ring(52T) was sufficient to slip/rotate the 12T and the slippage was easily noticeable. Therefore, reverted to 11-28.
Tried all these things on a native 11sp freehub and the 12T grabbed hold of the splines easily, no further headaches ensued during installation. Did not do a ride test.
So, 50% succeeded. Hack/bodge works but not fully, not on the bike intended.
All times are UTC+01:00
Page 1 of 1