The problem with these frames is quality control, that's why they aren't made too light, more material means bigger and safer tolerances. I wouldn't advise trying a lightweight cheap frame, the possibility of a catastrophic failure is too high.
Top

It's your funeral. I'd never by Chinese trash at any cost.
Top

mariovalentim wrote:The problem with these frames is quality control, that's why they aren't made too light, more material means bigger and safer tolerances. I wouldn't advise trying a lightweight cheap frame, the possibility of a catastrophic failure is too high.

Good to know, then for everyday use i should buy Chinese frame as it built more rugged than Branded frame that is lighter then.

mariovalentim wrote:The problem with these frames is quality control, that's why they aren't made too light, more material means bigger and safer tolerances. I wouldn't advise trying a lightweight cheap frame, the possibility of a catastrophic failure is too high.

Good to know, then for everyday use i should buy Chinese frame as it built more rugged than Branded frame that is lighter then.

I wouldn't say more rugged but built with less QC so with more material in order to try to mitigate the lack of QC, keep in mind that more material is not safer or more rugged these are two very different things. It doesn't matter if there's more material if there are voids in the carbon, or wrickles in the layup, all of this can could be detected with a more strict QC in the factory but then the price would go up very very fast.

All that said, using a normal far east frameset for everyday use is a sound choice to be honest, I just wouldn't use a lightweight one.
Top 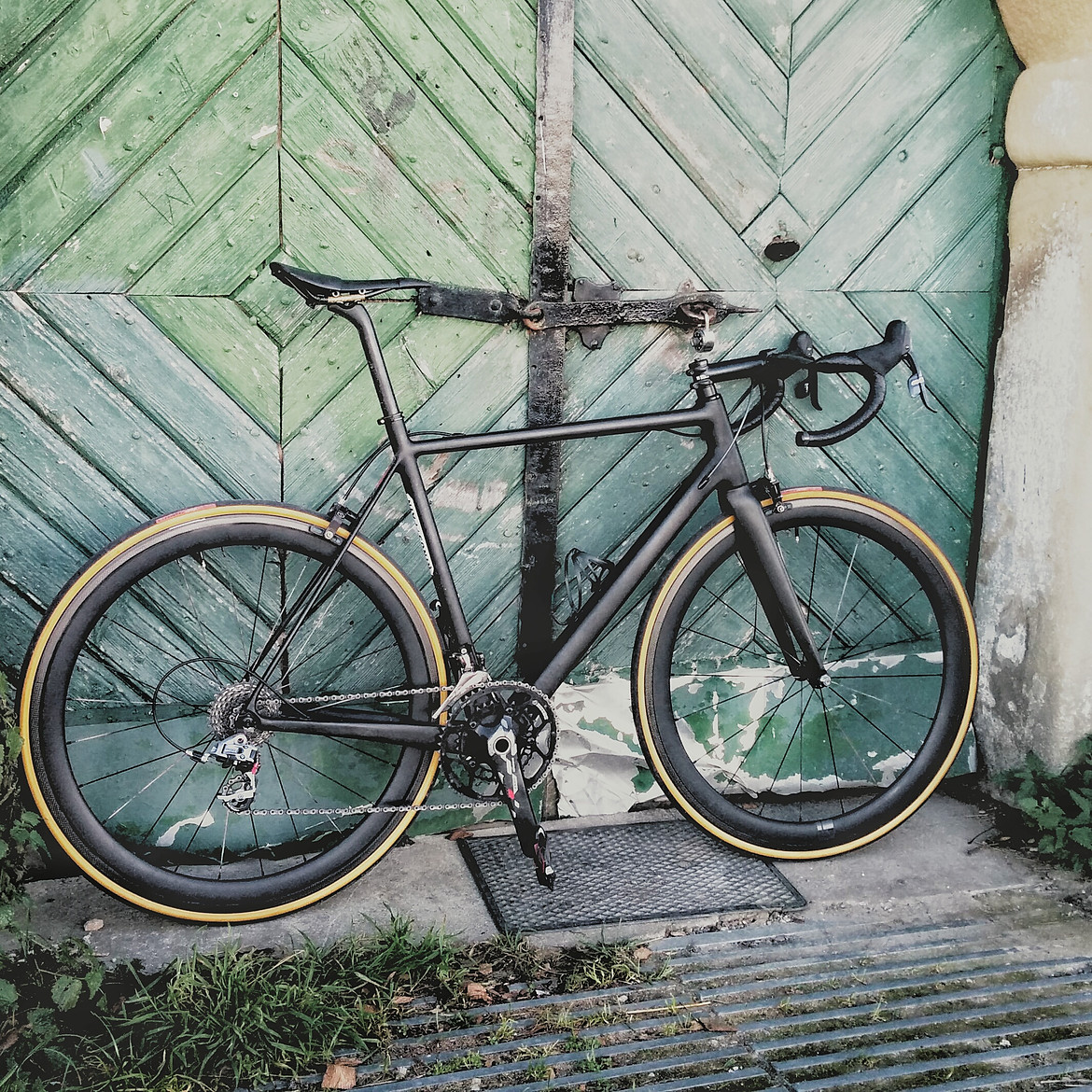 Around 6.1kg with the 50mm wheels, 5.95 with the low profile set.
https://www.instagram.com/hereticbikes/
Top

I had the FM066 also, great frame, light and handled superbly. I have also had 5 other China frames from Dengfu and never an issue, not a crack, not a blemish, not a problem. Raced them, trained on them, sold them to buddies ( as China Frames ) and as far as I know they are all still going strong. Also have 3 sets of Dengfu wheels...same thing, there are great!

However.....I did buy 1 Cipollini copy from Ali Baba and it was a piece of snot. Seat post was twisted, rear dropouts were misaligned then it cracked.

It's your funeral. I'd never by Chinese trash at any cost.

So fed up reading this nonsense. I've used open mould (Chinese) frames for three seasons of cyclocross, high mountain descents, European training camps and even two editions of the Tour of Flanders sportive with absolutely no problems what so ever. On the flip side I have personally witnessed two Treks break without warning and for no apparent reason. Picking a vendor with a known reputation is the key.

I heard a lot of great things about (some) china frame, but I still am a little worry about "lightest" and "china frame" together. I won't mind "over built but not the lightest".

I tend to try to be on the safe side for sure.

I'd agree with that. I had exactly the same sentiment as some other posters in this thread... as soon as I saw "lightest Chinese frame" I thought... ouch. And it's got nothing to do with where it's made, it's all about the testing and quality control that goes into it, or doesn't go into it. You just don't know. Last week I was at a friends place while he was trying to figure out why the brakes were hitting the front tire on the new frame. Firstly... the hole in the fork for the brake was drilled at an angle such that the brake calipers would angle downwards, so if you tried to put a 25mm Conti 4000's on a somewhat wider rim, the brake arms were jamming, not rubbing, into the top of the tire so that it would not spin, period. As if that wasn't bad enough, the hole itself was off center by about 3mm. It's just hit and miss. Now this was not a super light weight frame by any means but stuff like that makes me pause as to what's happened in the manufacturing process of laying up the carbon that you can't see. Not saying they're all like that, but the fact that you don't know which ones are and which ones aren't would lend me to at least put my faith in a manufacturer that I had at least some confidence in that the appropriate destructive testing had been done, with some good margin, and that the manufacturing techniques they use can reproduce a good result consistently. Especially when you're talking about designs verging on the limits of what's reasonably safe versus not.
Colnago C64 - The Naked Build; Colnago C60 - PR99; Trek Koppenberg - Where Emonda and Domane Meet;
Unlinked Builds (searchable): Colnago C59 - 5 Years Later; Trek Emonda SL Campagnolo SR; Special Colnago EPQ
Top

Pick two! Because you can't have all of them.

Only lightness is nothing. You need a balanced package.

Choose a frameset with a geo that match your ridingstyle AND body ratios.


Recommended is to avoid carbon dropouts.

ericmerg1 wrote:What is the lightest Chinese frame set that is actually moderate quality? I'm 5'6 and 175lb if that matters.

As you have probably seen from the other responses, you may want to rephrase your question as something like "What is the lightest Chinese frame set that is actually moderate quality, from a reputable manufacturer?"

Buying the "too good to be true" deal from an unknown manufacturer, or even worse, a counterfeit of a big brand's bike, on Alibaba is certainly a risky endeavour, however as you have seen from other posters the FM066 has a lot of satisfied users. Dengfu has built a brand reputation, just like any other company, and they have an interest in protecting it by not sending crap out the door. They can still be far less expensive, not due to crap QC, but because they have cut out the retailer profit margin (the local bike shop), AND the wholesaler margin (companies like Specialized and Canyon). So it is really just taking the "direct sales" model of Canyon, YT, Etc...another step further, allowing an even lower cost.

Some people like to lump all Chinese sourced products together, while ignoring that there are really at least 3 tiers within that realm.
Top
Post Reply
64 posts