Has anyone any links to decent (safe & proven) Chinese/ebay/non branded carbon 27.2 posts? Doesn't have to be mega light as its for a winter bike/crit bike project im working on using my old snapped and repaired Cube litening.

Trying to do this one on a budget so cost is more important than really light.
Top

As others have commented, pretty hard to go wrong with Ritchey superlogic in 27.2 without moving into exotic pricing cattegory, "untuned" weights for these are right in the 145-150g territory.

If you need setback, Merek is another option:

Thanks that looks perfect ^
Top

anyone had experience with those merek posts?? i I've been on the lookout for an affordable 25+mm setback carbon post and that looks like the ticket
Top

I've got a Merak 27.2mm length 300mm.
No issues other than fiddly seat clamping setup... wasn't so bad once i gotten to understand the best way to setup it up.
Otherwise solid enough, provides some damping compared to AL posts.

No idea on weight though... don't have a scale.
Top

cool thanks for the info. I'm not bothered by weight so thats no problem. how long have you been running it?
Top

That Merak seatpost comes in a variety of labels - identical seat posts with different grapphics and names on them. If you look on the photos for Ebay offerings, you can see at least one or two identical posts.

I used a "Forte Precision" post for several years (still have it, not currently using it). Performance sold them for quite a while at a very low price - somethig like $50 if I recall. The post served me very well - no problems at all. The level adjustment is not continuous - it has little teeth that set the angles, but I didn't find that to be a problem. I could get the angle I wanted easily enough.

I'd probably buy one of those if I needed an inexpensive post.
Top

Have had it for 2 months now.

Looks exactly like the photos posted above, Looks slightly funny compared to a nice Deda RS SuperLeggaro but many many times cheaper.

I got mine 2nd hand off a local that didn't like the look so it was double cheap for me. The funny protrusion at the front probabbly is some sort of odd "aero" feature.. lol.

here is a pic on my bike. 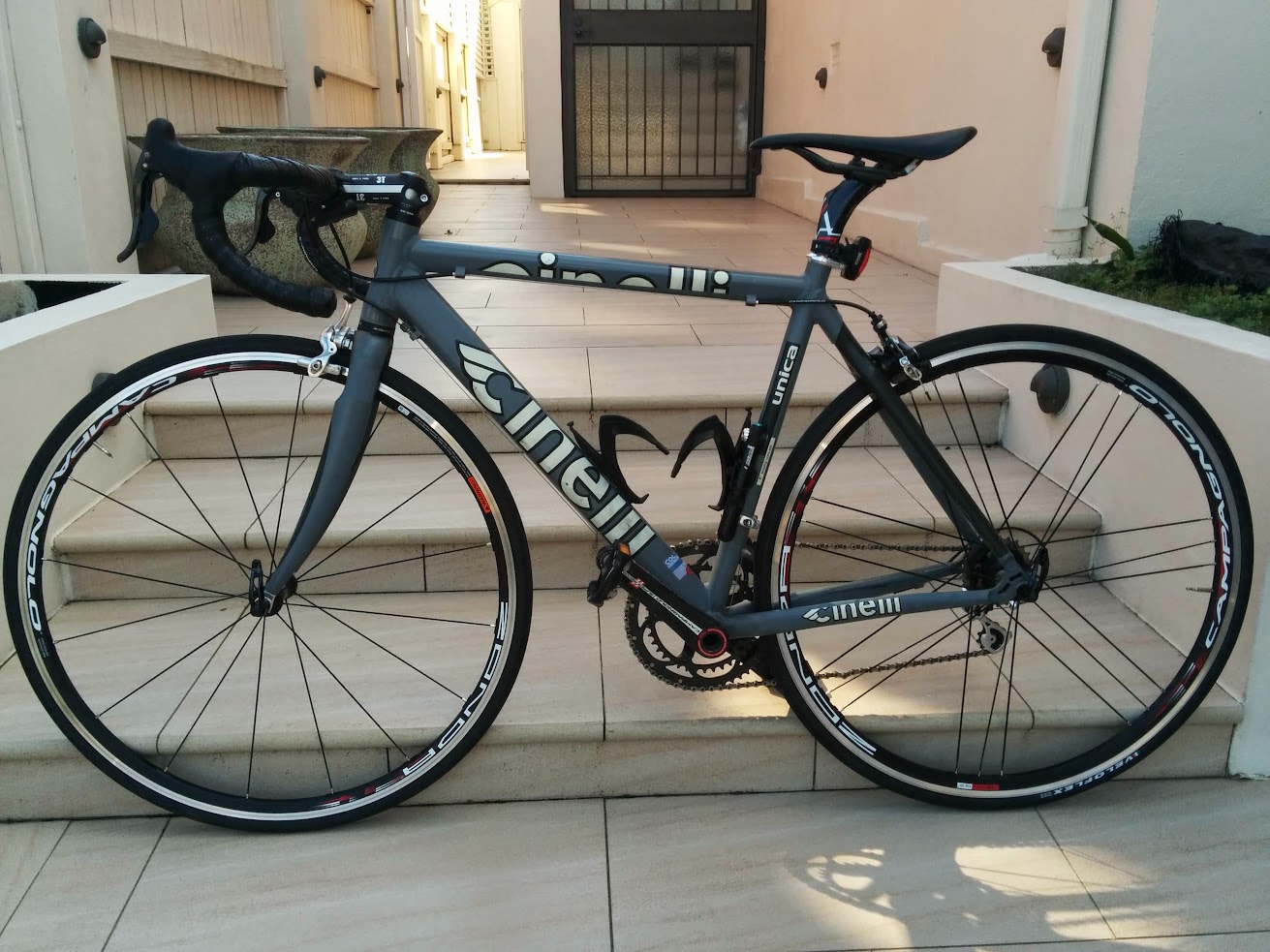 Hi, sychen: What's the saddle on your bike? Is it carbon?
Top

I recently bought Xtreme WCR Speed Tube post with 25mm setback. It's supposed to weigh 145g, I didn't weigh mine so can't confirm this. It's got two bolt angle adjustment, but this isn't as smooth to adjust as other posts using this system. I suspect other companies market the same post.

I do have experience with a Woodman alloy post, it was very light, had plenty of setback, but surprisingly the front bolt snapped when the bike was hanging from the bars and saddle in my shed. On examination I found the bolt had developed a crack which had rust in it. Woodman offered to replace the bolt.
Top

If you don't need a setback post have a look at the Hylix carbon posts on ebay, mine in 400 X 27.2 weighed in at just under 160g if my memory serves. I sanded of the graphics with some fine grit sandpaper and have been using it hassle free for the last few months. FWIW I bought an extra set of bolts/yokes to have on hand in case something goes wrong as it saves me waiting weeks for them. Think the post cost me about $65.
Top

The Superlogic looks like a nice post but its also about $250AU. Too much for my liking.

I've just bitten the bullet and am getting the KB Edgelight CSS. I almost went with the WCR Xtreme but cost was the deciding factor, even though the WCR still looks excellent value.

Those are prices for me in Sydney, Australia. The WCR seems great value, like I said but even though the KB is 40g heavier, it was almost half the price. I'll cut it down to about 230-240mm anyway and trim a little of that 40g off. I'll report back with actual weight.

EDIT: Actual weight was 184g, one gram less than claimed. The post has been in frequent use for more than 6 months now with no signs of trouble.
You can't be a real country unless you have a beer and an airline. It helps if you have some kind of a football team, or some nuclear weapons, but at the very least you need a beer.
-- Frank Zappa
Top