I took this admittedly bad shot on the street in Vienna the other day.
I passed by the bike, did a double take and went back to capture the sight for memory. There's two bikes locked together so the shot is confusing but this is another subtle example of bar antlers.
-A primary set of properly positioned bar ends
-A secondary set of bar ends rendered useless (as if they were useful in the first place) by not only being positioned under the brake cables but also under a set of monster 'time capsule' aero bars.
-Not seen from this angle but the light mounted on the bars is set directly behind the brake cable as well.

I actually left a Post-It note on the bars with a comment in German asking, "Are you serious?"
Top

Haha, it's not that uncommon, my XC bike has aerobars with bar ends waiting to go on,
I take the aerobars off for trail riding but they're great for bikepacking.
Top

I know this bike serves a purpose, but in my opinion it is much better suited for bikepacking..

was hunting for Cervelo S2 reviews - stumbled on this, all sorts of wrong
http://www.youtube.com/watch?v=UJeDgfJ30wc
Top 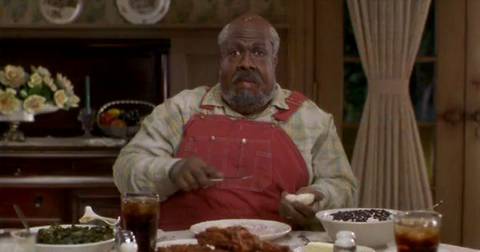 Clearly that person is an aspiring WW, but the freaky thing is they left the paint on the handlebar.
Exp001 || Other projects in the works.
Top

It's still a freak but that Wilier could be a hillclimb bike. Chopped drops or bullhorns are pretty common for those events where you don't really need as many hand positions.
Top