The official : "what have you bought today" topic

mkentik wrote: ↑
Wed Jan 01, 2020 4:30 pm
A gios compact from the 80s.To be dressed and made into a neo retro with an Italian pantographed groupset and parts.
To be continued

Stages Gen 3. This will be my first power meter. Added a total of 61g to my Red 22 exogram crank. 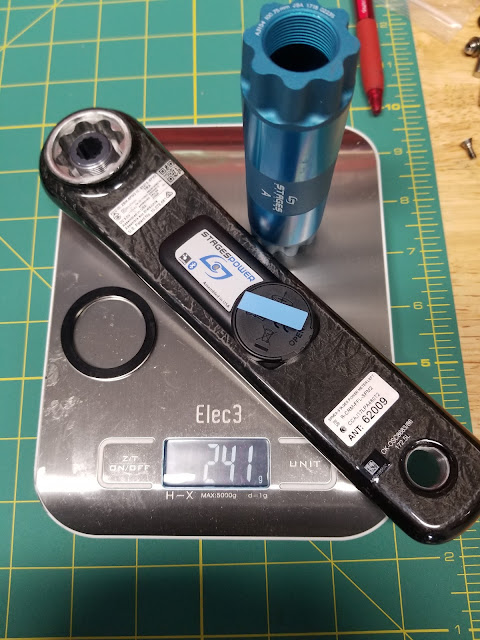 So Christmas came and went in my household and "santa" left me a huge bag of bike goodies to upgrade my 2017 Giant TCR:

Pro Vibe Superlight Aero Handlebars - Wow, these are beautiful. Struggling a bit with the DI2 installation, even though there are pre-installed cable guides, the cables (DI2 and brake) are still quite tight - I think this is down to the strengthed areas in the bars. I did actually pull through one of the guides after it had detacthed itself from the DI2 cable. It was a struggle to get it re-threaded but it's back in place. Just waiting for an extra 500mm DI2 cable to finish off the build.
Ultegra R8050 DI2 gearset upgrade - Upgrade from 105 stock fit. DI2 seems to be a marvel. May decide to upgrade the cranks and brakes in future.
Ti and carbon skewers - 44g down from the 140g stock Giants (First real Weight Weenie purchase)
Dura-ace BB86 Bottom Bracket - Simple upgrade from the Tiagra stock BB. Shaved a few grams off too.
Supakaz Bar Tape - Feels great and looks awesome. Perfect colour match with my bike too.
Hutchinson Galatik Fusion 11 Tubeless Tyres - These will go on my aero racewheels, not fitted yet but looking forward to giving them a spin out. Currently running Schwalbe Pro One V1s on my climbing wheels. They've been ok, but I have had a few punctures that haven't sealed and they're also quite permiable, so I do lose quite a lot of air. So decided to give the Hutchinson a roll.

Will post some pics of the full build, but so far very impressed and I'm hoping to come in less than 7.5kg for the full bike weight, which feels pretty good for a few fairly low cost updates.
Top

Picked up a Kask Protone (euro version) while I was in the UK, semi aero and light 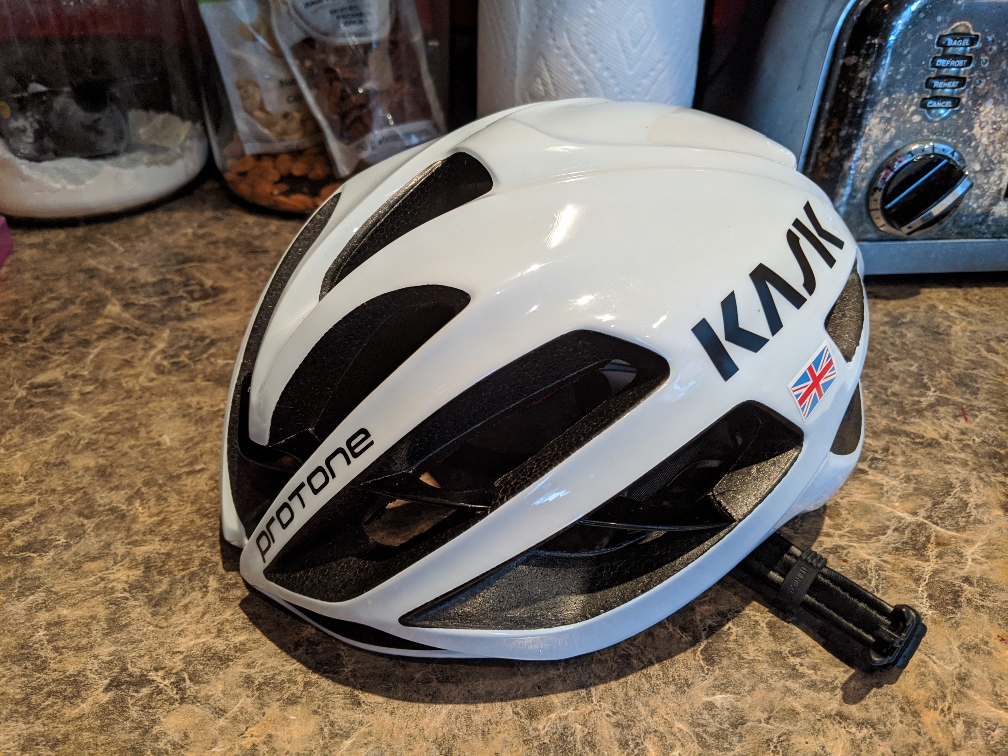 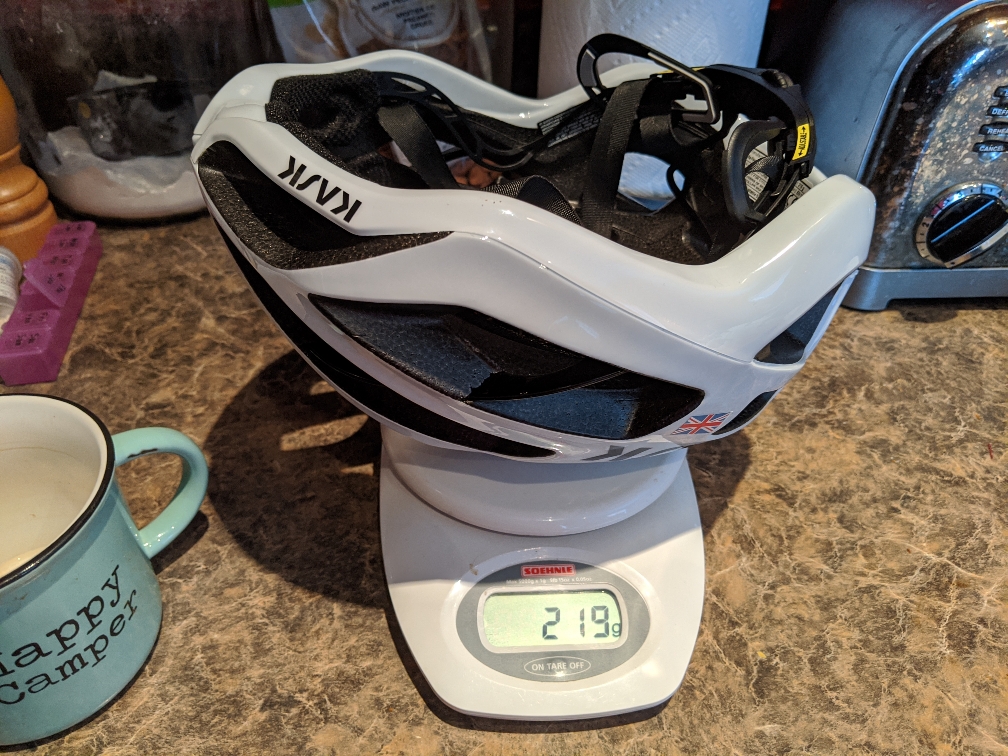 Not bought today but, for anyone interested, the weight of two rolls of fizik vento solocush tacky, including everything: 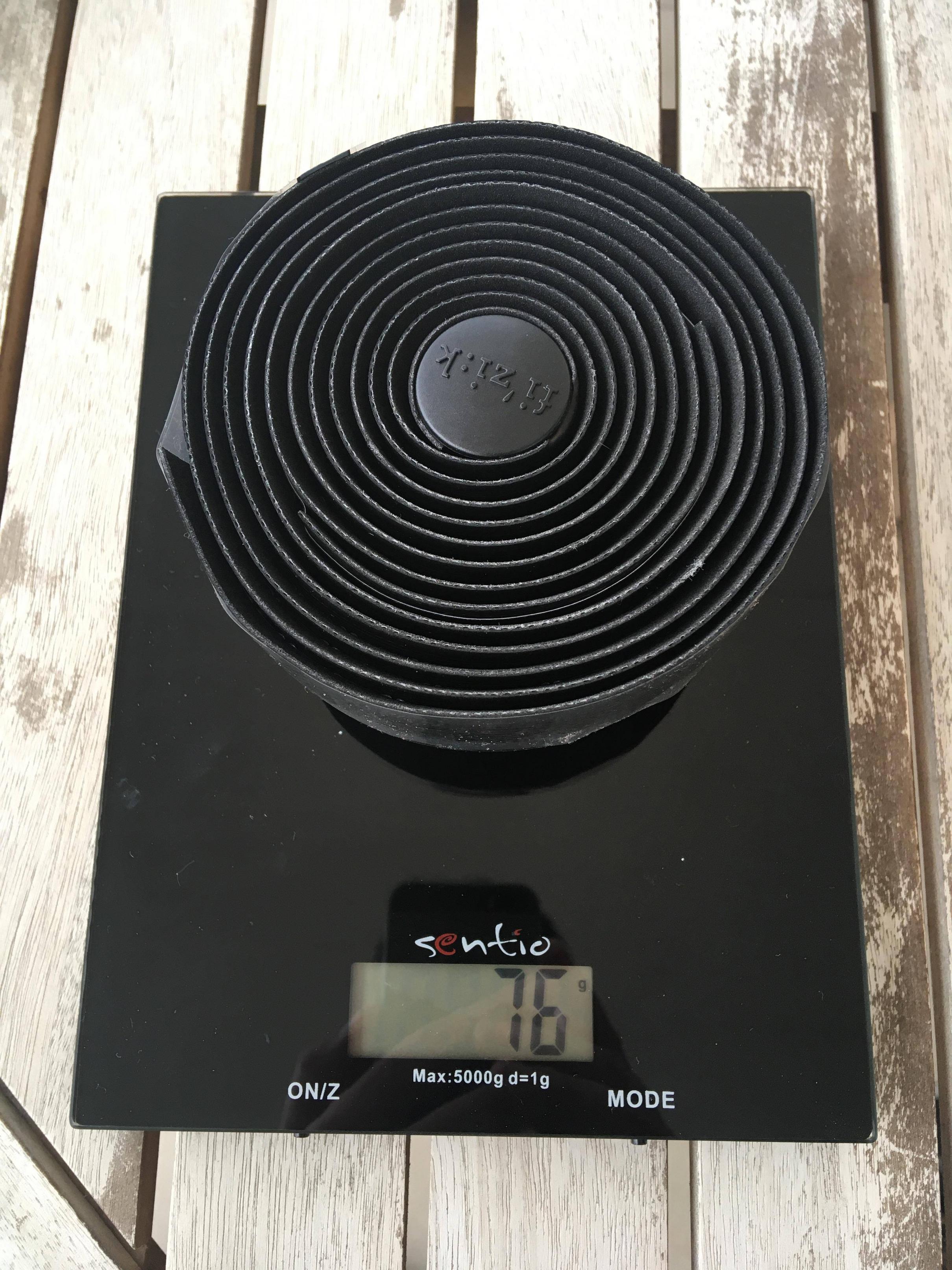 Couldn't resist the discount offer. Now got to wait 7 months for cooler weather to try it out.

Just picked up some nice new wheels, shame the frame they are going on doesn’t arrive until March though 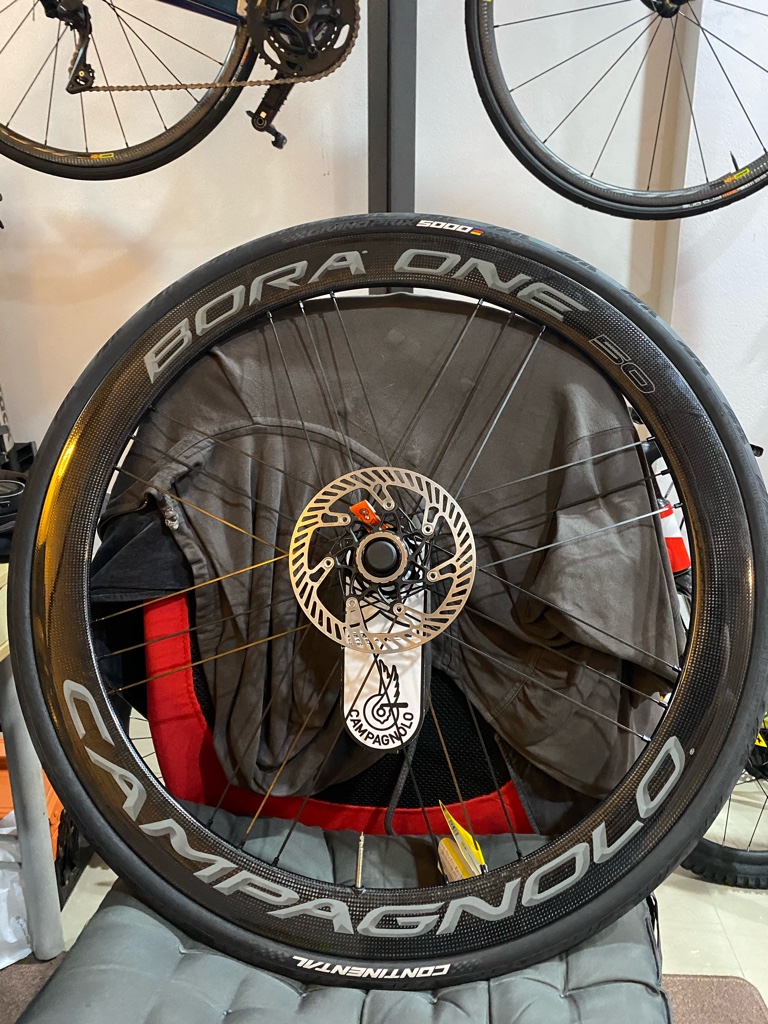 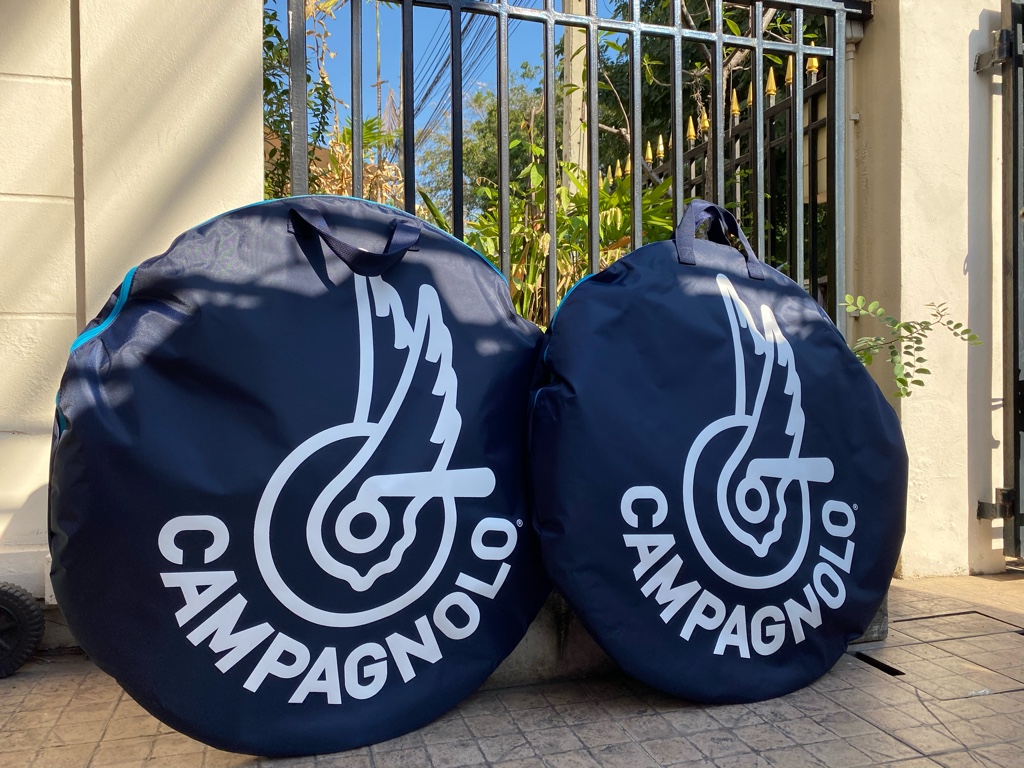 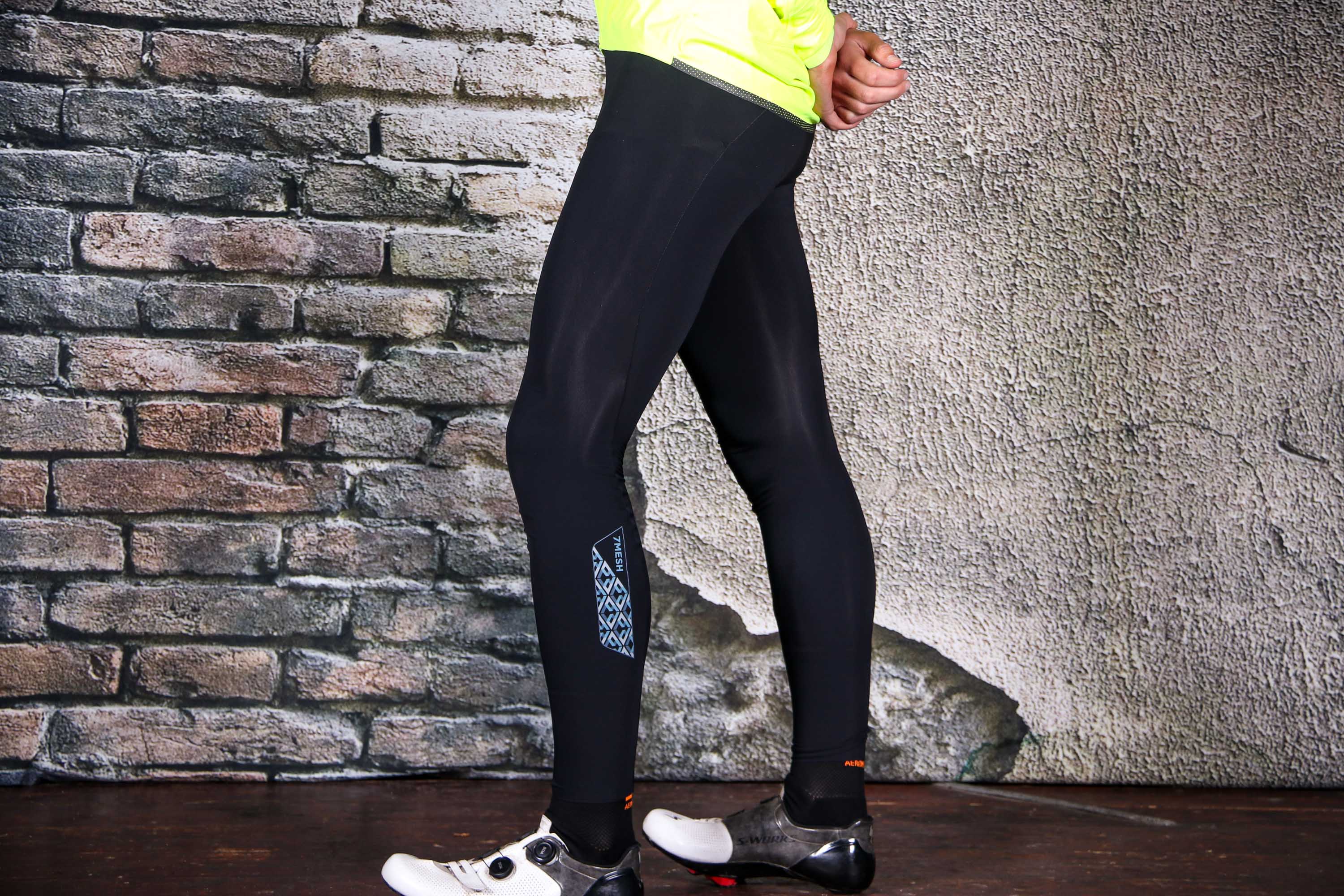 Nice product, rolls up tightly to fit in a jersey pocket.

A better leg warmer if you will. It's in one piece, doesn't stop somewhere on the thigh, can also be worn over bibtights in the winter for some additional warmth.

Converted my cross wheels to tubeless. 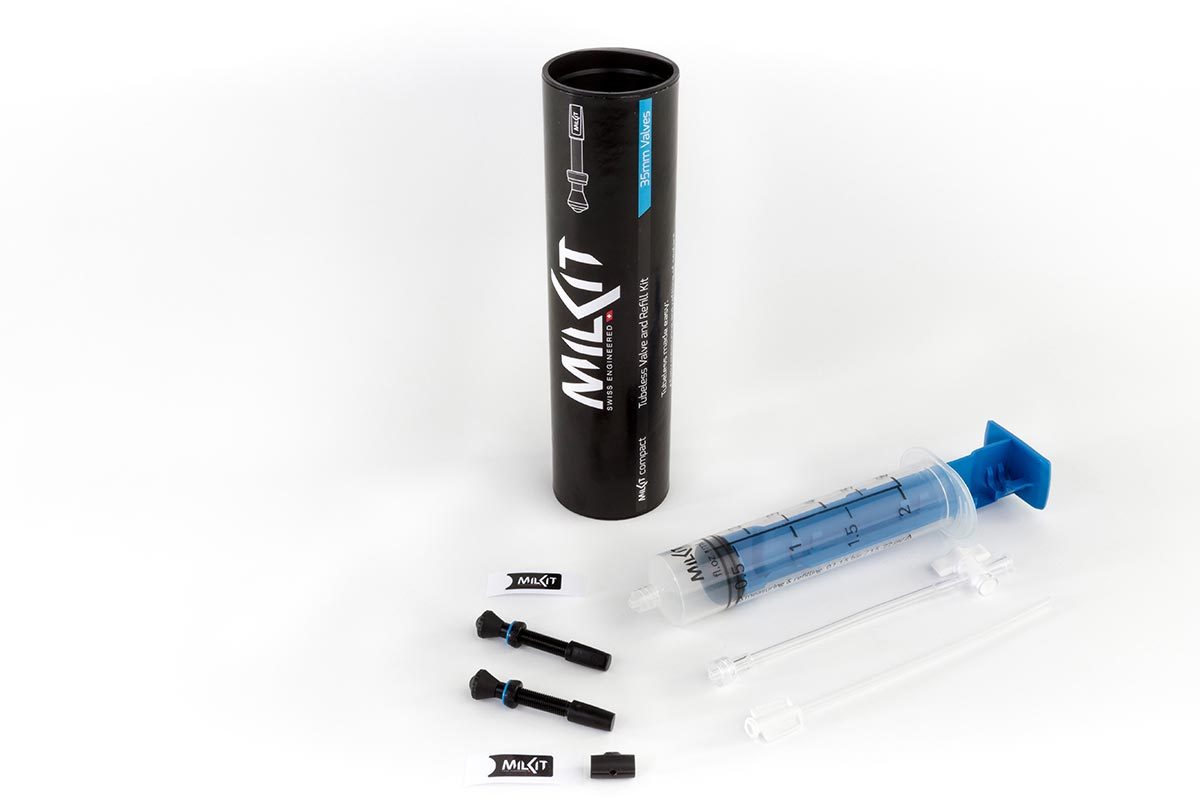 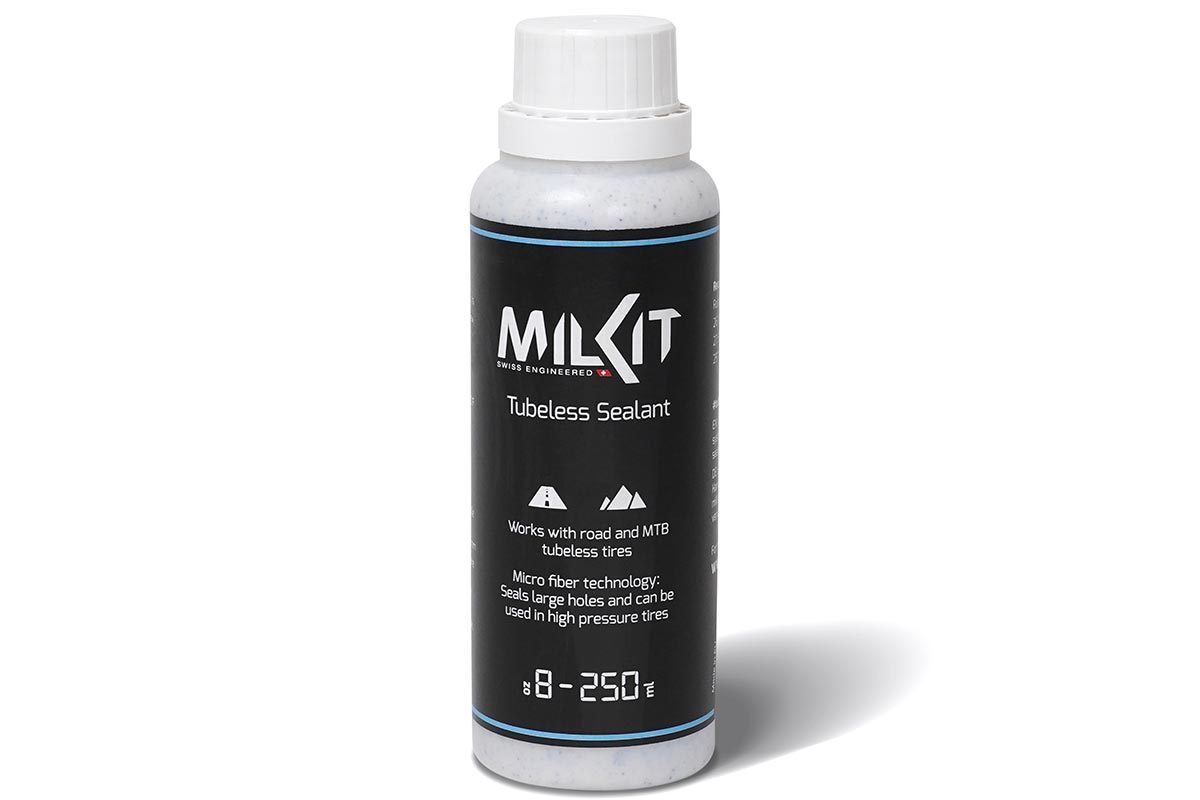 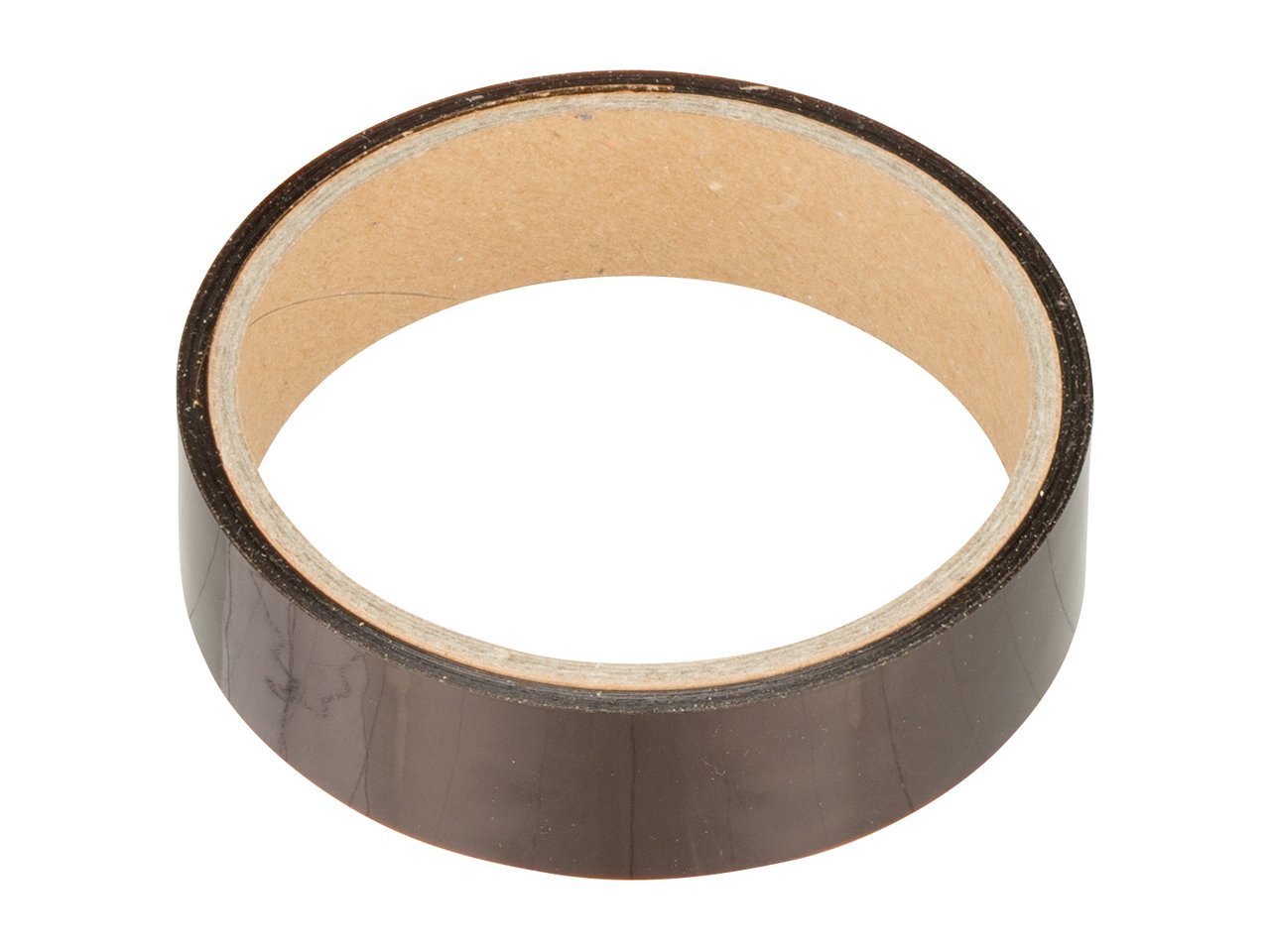 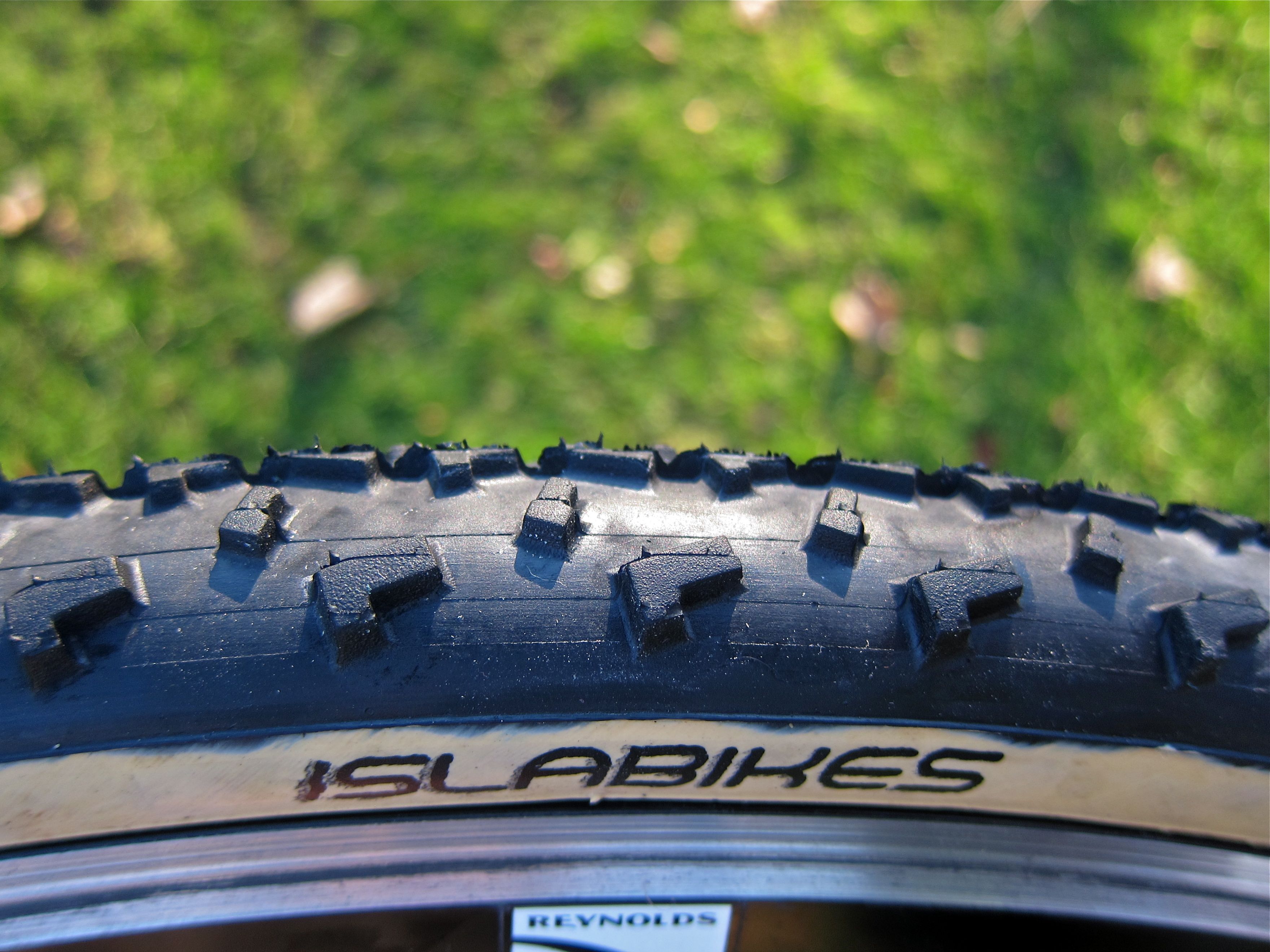 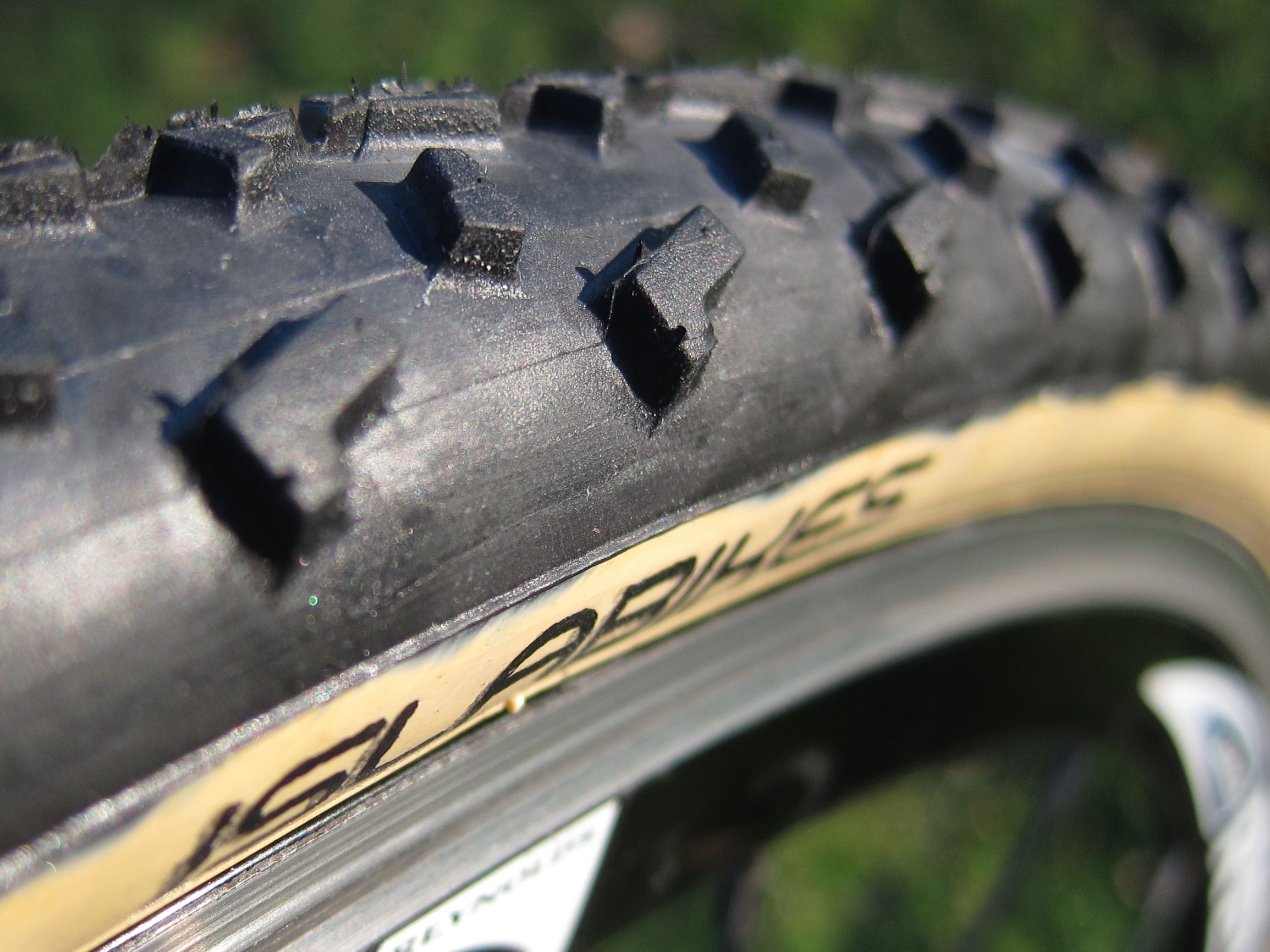 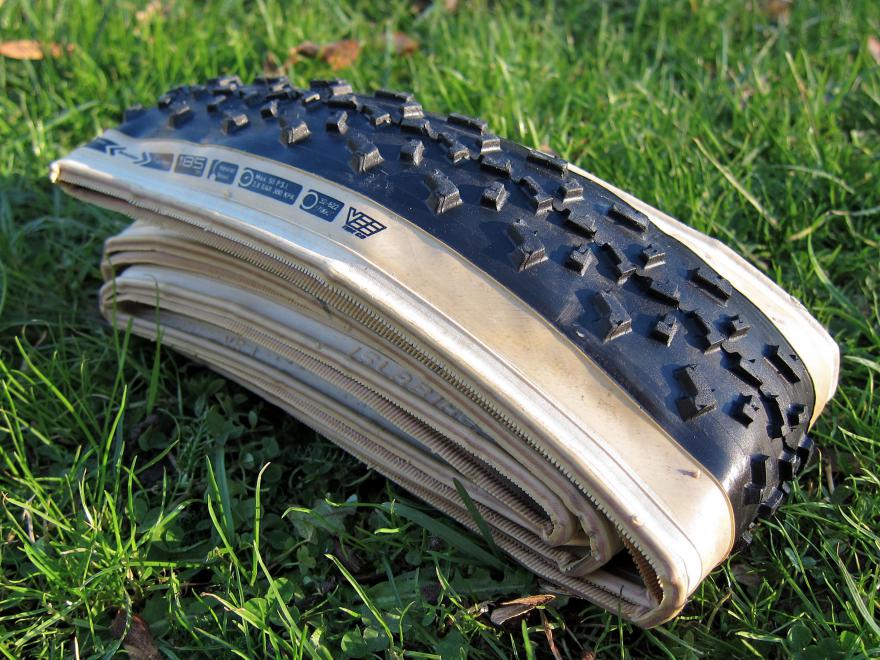 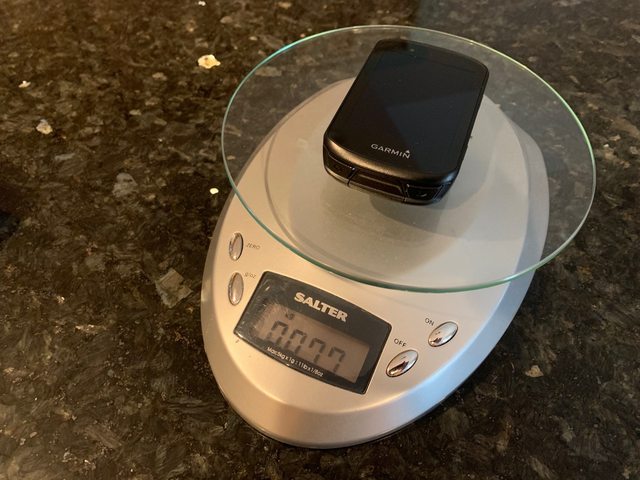 Nice product, rolls up tightly to fit in a jersey pocket.

A better leg warmer if you will. It's in one piece, doesn't stop somewhere on the thigh, can also be worn over bibtights in the winter for some additional warmth.

I had to laugh when I saw the name

But kidding aside it looks ike a quality product
Top

Bont Vaypor S update... an unplanned encounter with the road last season tore-up my previous Bont Helix shoes, so I replaced them with the reflective Reflex Vapor S a few months back and just now bought the standard Vaypor S. When the gray Reflex shoes showed-up more gray than expected (my bad), I kept my eyes peeled for a deal on the stadard white shoes. I'll wear the reflective ones in the early am and std white ones on other rides. Voila!

I never really cared for the single Boa adjustment of the Helix, so I'm fully back in the Vaypor S camp. 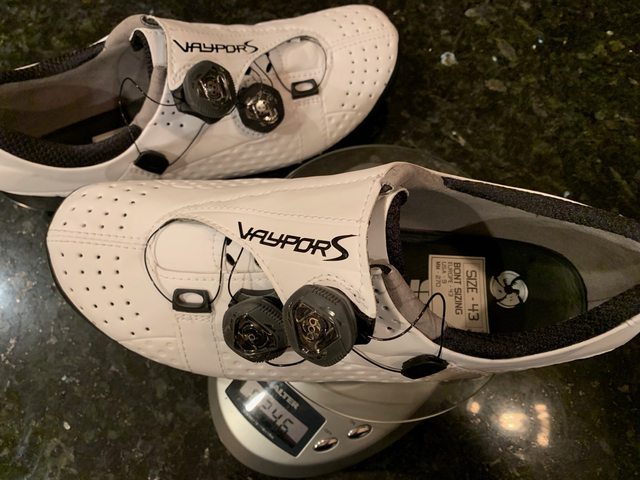 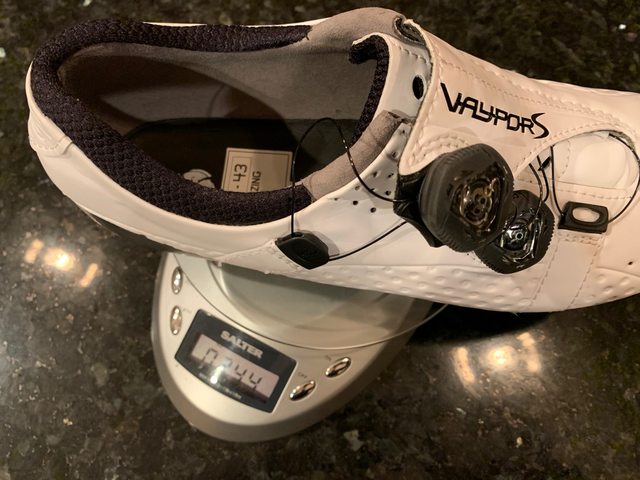 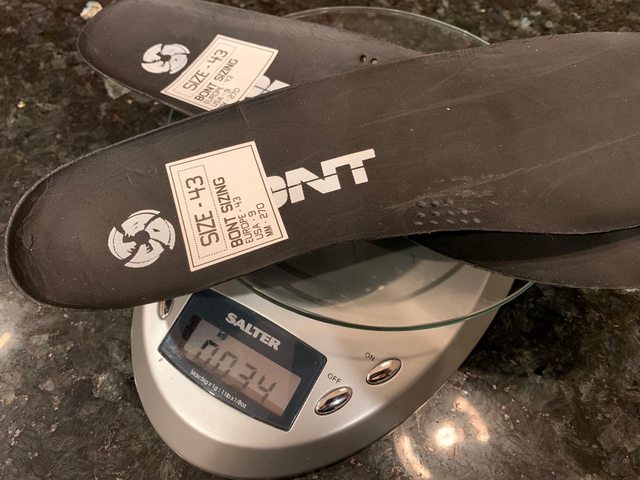 Replacing Bont Vaypor S
Verified, sub-500g/pair (and likely within a few grams of the Helix) w/factory insoles (mfg claimed 406g/pair)
viewtopic.php?f=3&t=36516&p=1222944&hil ... r#p1222944
Very good, but not perfect. Not as indestructible as the earlier Vaypor. Specifically, the toe protector is not tall enough to truly protect the "leather." Didn't have the perfect glass slipper feeling as the earlier Vaypor either. Still, a very good shoe.

Which replaced Bont A1, sz 42.5 (old sizing convention)
...but I digress other than to demonstrate I'm a Bont homer. 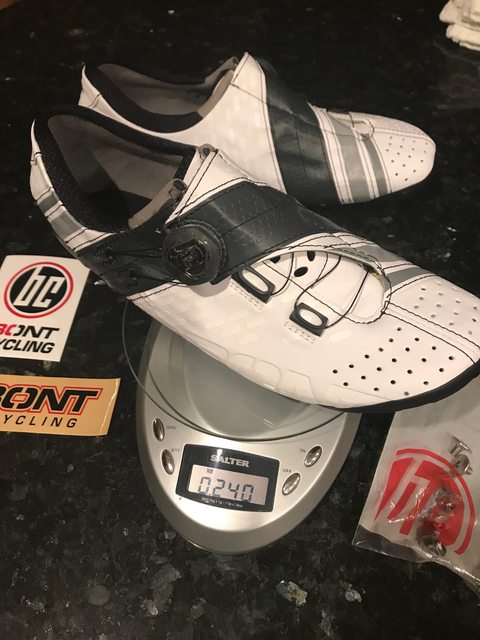 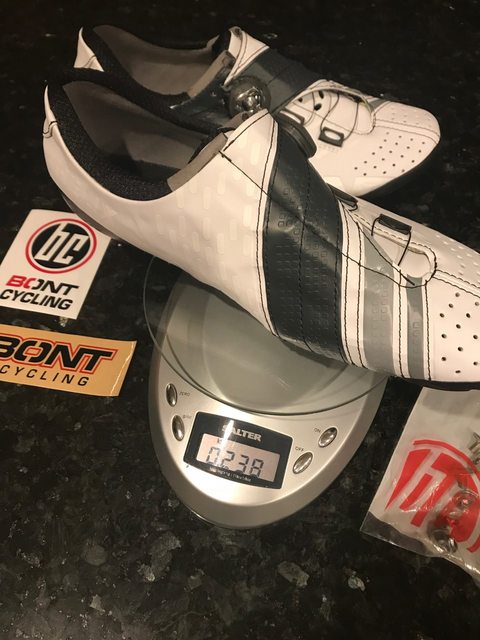 My outgoing Helix were good, but not Vaypor S great. Seems the single wrap-around BOA made the top of the shoe a hair tight and the area around my toes a hair loose. If I hadn't previously worn the earlier-gen Vaypor or Vaypor S shoes, I don't think it would've been a deal at all; however, my feet voted for the Vaypor S with dual BOA adjustability.

Note the Bont Vaypor S Reflex in the background is the fairest representation of how the reflective silver / gray compares to white.

Interestingly, the Helix insoles had more perforations than the Vaypor S Reflex insoles. Not sure one is any better than the other, but they're different though sized identically. 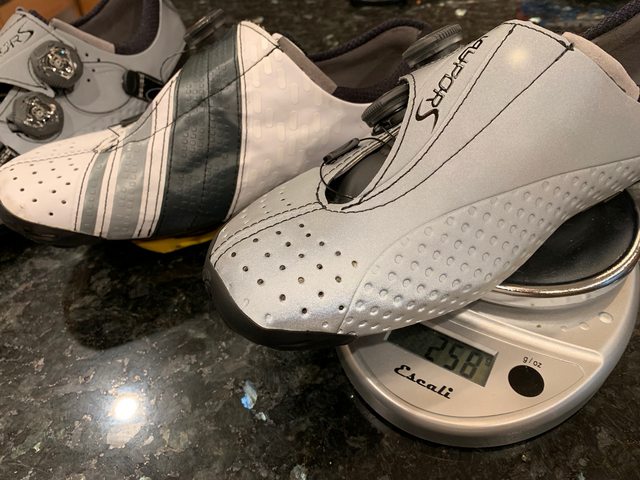 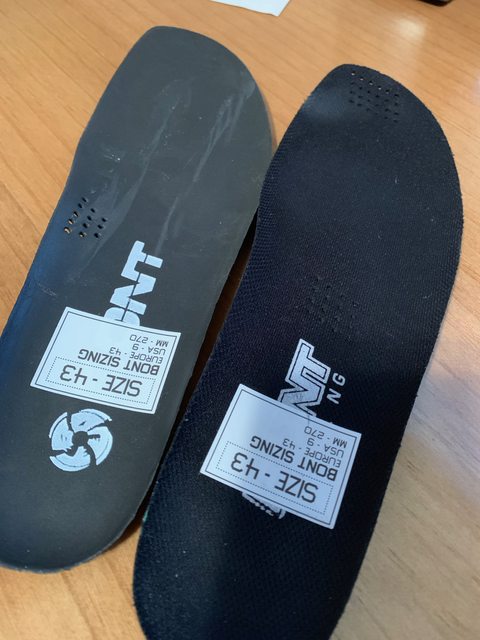