First World Cup of the season, Tabor, Czech Rep; disappointed to see RedBull TV haven't got it anymore; their coverage last year was fabulous, just like their MTB coverage. And of course it's free to view. (And I say this as somebody who is a Eurosport player subscriber).
Trek Crockett 4
Giant TCR Advanced 3
Top

He tried to get the win in that first race but just didn't have the punch/snap in the legs. He'll get there barring injury or illness. He better hurry though as MvdP is coming soon!
Top 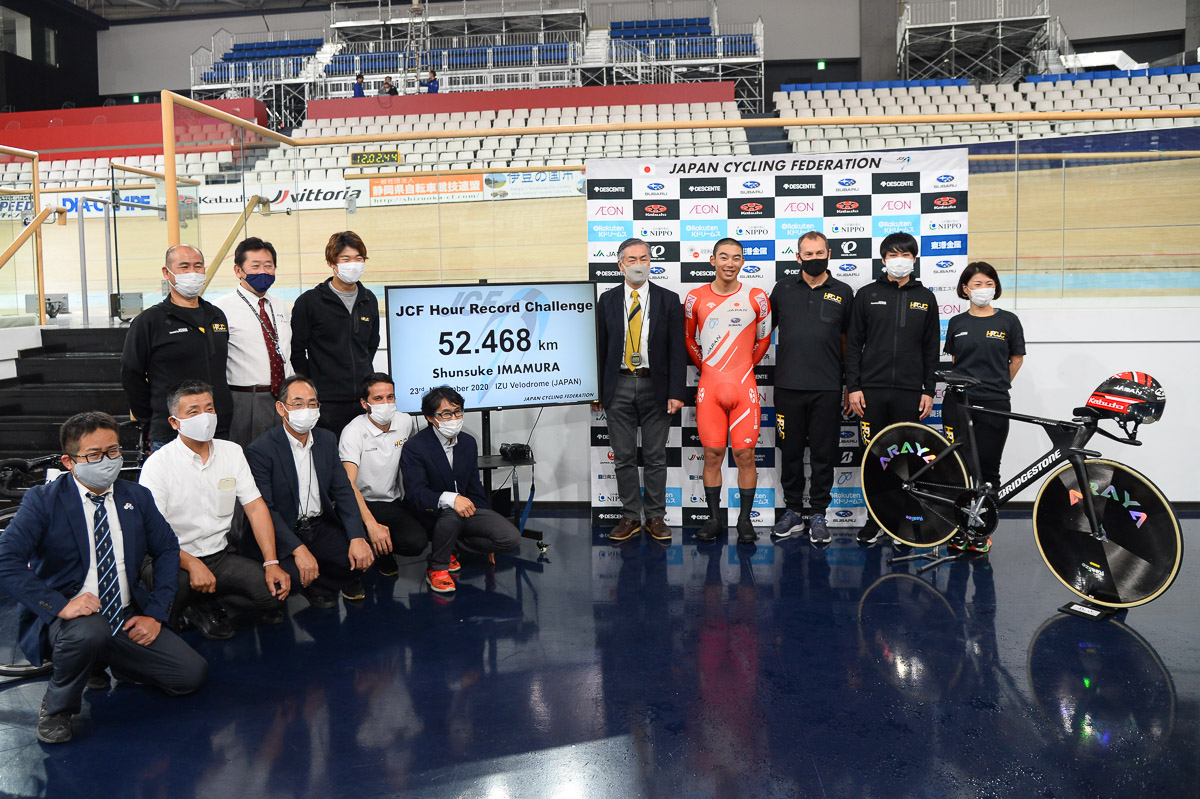 Japanese cyclist Shunsuke Imamura challenged the hour record and set a 52.468 km/h.
He's young, so I expect more for his future.
Top

A bridgestone with araya wheels, I am in love
Top

does this mean the attempt wasn't UCI (bike and wheels are they UCI approved?)
Sub My Youtube!
Nate ★ Life Instagramz
Top

japan keirin scene is so special
love it
( i know this isn't keirin , just wanted to tell it )
Top

Mr. Lemond to be awarded a Congressional Gold Medal, unless POTUS vetos the passed bill by Saturday.

I had aways thought he should have run for UCI, but then he would have taken on a personal war with corruption.

To award a Congressional Gold Medal to Greg LeMond in recognition of his service to the United States as an athlete, activist, role model, and community leader.
IN THE SENATE OF THE UNITED STATES
September 26, 2019

Ms. Sinema (for herself and Mr. Alexander) introduced the following bill; which was read twice and referred to the Committee on Banking, Housing, and Urban Affairs
A BILL

To award a Congressional Gold Medal to Greg LeMond in recognition of his service to the United States as an athlete, activist, role model, and community leader.

Be it enacted by the Senate and House of Representatives of the United States of America in Congress assembled,

This Act may be cited as the “Greg LeMond Congressional Gold Medal Act”.

(2) Greg began cycling at 14 years of age, winning an astonishing 11 straight races to begin his career.

(3) At the 1979 Junior World Championships, Greg took home a full suite of medals, including gold, silver, and bronze, emerged victorious in the road race, and placed in both team and track pursuit events.

(4) At 18 years of age, Greg became the youngest cyclist in the history of the sport to be selected for the United States Men’s Olympic team.

(5) Greg emerged victorious in the 1980 Circuit de la Sarthe, becoming the first individual from the United States, and the youngest rider ever, to win a major pro-am cycling event on the European continent.

(6) At 19 years of age, Greg signed his first professional contract.

(7) In 1982, Greg made the first of several remarkable recoveries, returning from a broken collarbone to win the silver medal at the World Championships in Great Britain.

(8) The Tour de France, the world’s preeminent cycling competition, was first held more than a century ago, in 1903.

(9) The Tour de France takes place over 23 days, covers an extraordinary 2,200 miles, winds through multiple mountain ranges, spans multiple nations, and is viewed as comparable to running a marathon every day for 3 consecutive weeks.

(10) Greg first competed in the Tour de France in 1984, when he finished third, and finished second the following year, but, in both years, he deputized himself to his teammates by sacrificing a chance to win himself to boost those teammates toward victory.

(11) Greg emerged victorious in the 1986 Tour de France, ascending the fabled Alpe D’Huez, defeating the field by more than 3 full minutes, and becoming the first individual from the United States, and the first non-European, to win cycling’s most prestigious race.

(12) In 1987, while recovering from a broken wrist and collarbone, Greg was tragically shot during a turkey hunting accident. After the accident, Greg was in intensive care, required the removal of more than 40 shotgun pellets from his abdomen, was deemed unlikely to ever ride a bicycle again, and likely survived only due to the abnormal strength of his cardiovascular system.

(13) After the accident described in paragraph (12), Greg mounted the greatest comeback in the history of American sports, taking home an astonishing victory at the 1989 Tour de France and winning by 8 seconds in the closest finish in the history of that race, even though, after surviving life-threatening gunshot wounds, he had endured multiple surgeries, including tendon repair and an appendectomy.

(15) Greg is the only individual from the United States to win the Tour de France.

(16) Greg has vocally spoken out to champion healthy sport among athletes of all ages and competition levels.

(17) Greg and his wife, Kathy, are active in numerous nonprofit causes, including promoting healthy sport and assisting victims of sexual abuse and various childhood illnesses.

(20) More than any other cyclist, Greg personified the “breakaway” culture of cycling in the United States in the 1970s and 1980s, was viewed universally as the epitome of a young person on a bicycle, and attempted to accomplish feats no other individual from the United States had achieved.

(21) Greg has not only reached the pinnacle of international sport, but has devoted his time and resources to assisting his fellow athletes.

(22) Greg has demonstrated the commitment to excellence, generosity, community, and tenacity that makes him an example for all to follow.

(a) Presentation authorized.—The Speaker of the House of Representatives and the President pro tempore of the Senate shall make appropriate arrangements for the presentation, on behalf of Congress, of a gold medal of appropriate design to Greg LeMond, in recognition of his contributions to the United States as an athlete, activist, role model, and community leader.

(b) Design and striking.—For purposes of the presentation referred to in subsection (a), the Secretary of the Treasury (referred to in this Act as the “Secretary”) shall strike a gold medal with suitable emblems, devices, and inscriptions, to be determined by the Secretary.

(a) National medals.—The medals struck pursuant to this Act are national medals for purposes of chapter 51 of title 31, United States Code.

(b) Numismatic items.—For purposes of section 5134 of title 31, United States Code, all medals struck under this Act shall be considered to be numismatic items.
Top 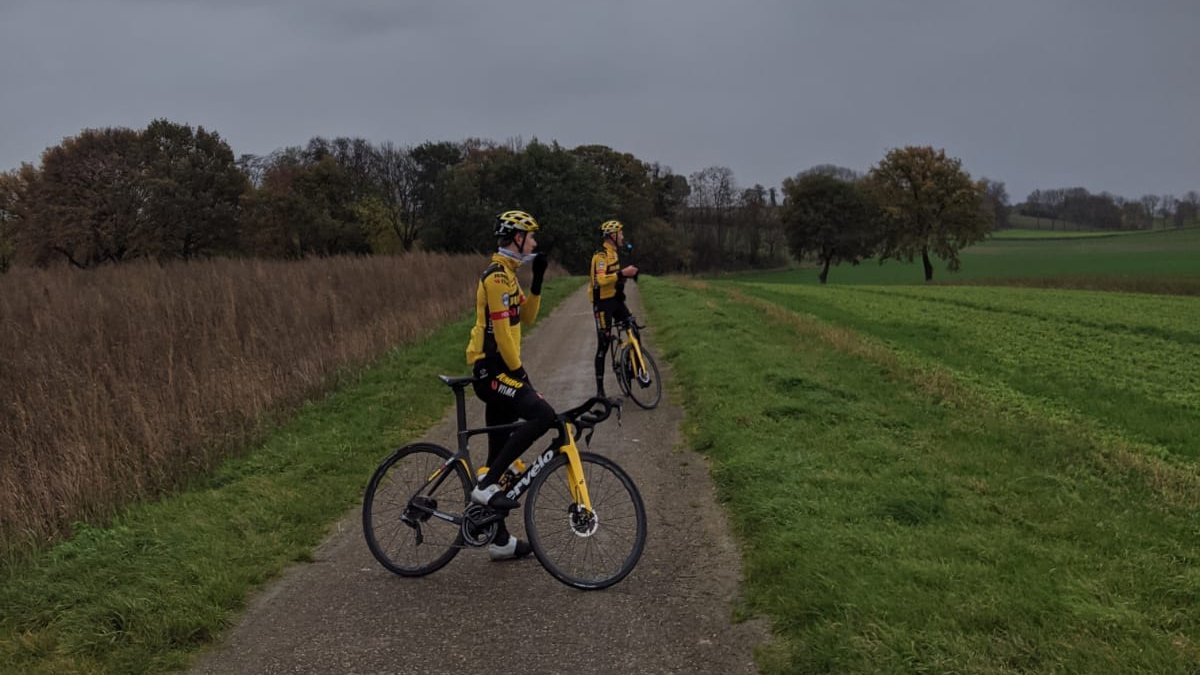 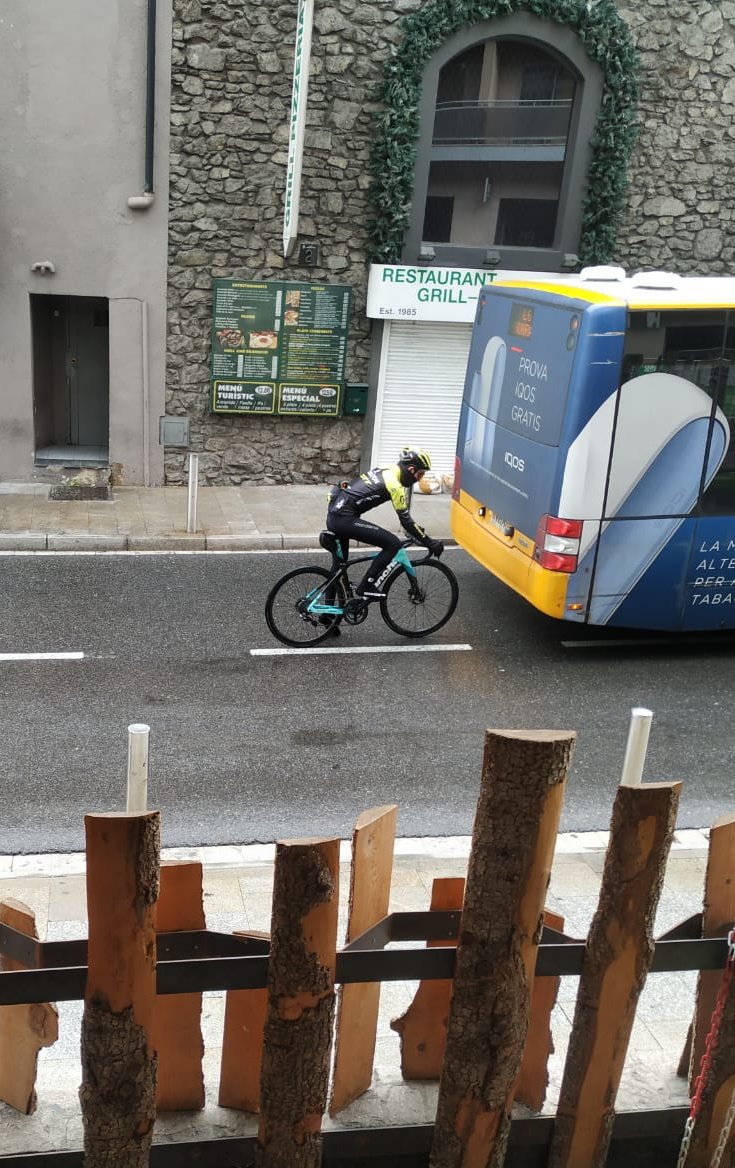 Jumbos on new Cervelos and Yates on his new Bianchi
Top

Jumbos on new Cervelos and Yates on his new Bianchi

When I started following pro cycling in the 80s I used to ogle the bikes of the top professionals and envy the gorgeous beauties they got to ride. Now I look at many of them, especially those Cervelos, and there's no envy whatsoever. I only feel sorry for them.

Now, I know they don't care since it's just a tool for them but it would be nice if their bikes were still objects of wonder and beauty.
Top

Beauty is in the eye of the beholder.
Top