1030s have dimmer screens and worse battery life. They also still develop that blue halo after riding in humidity. Every computer has little issues. I would choose the 830 over the 1030 for just about all my riding...while the display is smaller, it is much more readable in all light conditions.
Last edited by TobinHatesYou on Fri Jan 10, 2020 1:48 am, edited 1 time in total.
Top

Yea every computer has issues and how you value them is personal. I'd take stable software and big screen as top priority. 1030 battery is enough for a day of navigation so that's good (again, for me).

Regarding the 1030 halo, I got mine warranty replaced and never happen again. I do like the 530 and 830 battery life and brighter screen tho, but unstable software makes it kind of "unusable" to me. It happened on 1030 earlier firmware as well until maybe v7. I wish Garmin would put the experience of 530/830 into good use on 1030 successor.
Litespeed T1sl Disc / BMC TM02 < Giant Propel Advanced SL Disc 1 < Propel Adv < TCR Adv SL Disc < KTM Revelator Sky < CAAD 12 Disc < Domane S Disc < Alize < CAAD 10
Top

Makes it hard for me to want to switch from the 520+, though I know people have had similar problems with it, mine has been trouble free.

Reading the comment's on DC Rainmaker's site can be helpful. People there were all over the 530 button problem when it first came out.

I wouldn't upgrade though from a 520+ unless a 530/830 has some killer feature you want. The 520+ seems fairly modern. I'm considering one of those if I come across a blowout price.
Colnago C59
Top

I have the 830 and generally happy with it. I do have issues with it however thus far I've been able to resolve my issues with some trial-and-error self fixes (i.e. removing and reconnecting sensor as an example). As for the screen redability/contrast, I have experienced washed out screen under certain lighting conditions. I also have a Garmin Edge 130 and I feel that screen has much better redability than the 830. But the 130 is not a touch screen and I believe non-touch screens can be made with better contrast at a cheaper cost. In conclusion I like the 830 but I did experience some annoying moments until I found a fix to my issues.
Top

It's not the touchscreen aspect, but the fact that the 130 has a monochrome display. With a conventional color LCD each pixel requires 3 emitters for red-blue-green. This reduces brightness/contrast and can result in aliasing issues.
Top

There are some great features on the 830 no doubt, and I can't find a comparable unit feature-wise. Climb pro and navigation are great when they work.

But there are so many little usability annoyances, that I wonder if any of their developers have actually ever tried riding with it!

- frequent missed touchscreen taps
- occasionally doesn't connect to phone
- occasionally doesn't upload finished ride
- froze after routing to destination on the fly
- climb pro at times doesn't register an obvious climb
- data field spontaneously changes to something else
- crash alert triggered when braking quickly
- when off-course, insists on u-turns rather than rerouting.
- battery sometimes drains to empty after a full charge and turning off
- starts recording another ride when I'm at home waiting for the file to upload. Can't use the screen during this, as it constantly auto starts and stops.
- I want beeps for navigation, but not even little darn thing! Beep, phone connected! Beep, sensor detected!

Thanks everyone for the replies and suggestions, found some of them very helpful.


pdlpsher1 wrote: ↑
Fri Jan 10, 2020 6:10 am
I also have a Garmin Edge 130 and I feel that screen has much better redability than the 830. But the 130 is not a touch screen and I believe non-touch screens can be made with better contrast at a cheaper cost. In conclusion I like the 830 but I did experience some annoying moments until I found a fix to my issues.

My current plan is to keep the 1000 and run the 130 as a secondary/backup using it for the location tracking until the 1000 dies completley. Then I have to make the hard decision.
* There is a 70% chance that what you have just read has a peppering of cynicism or sarcasm and generally should not be taken seriously.
I'll leave it up to you to figure out the other 30%. If you are in any way offended, that's on you.
Top

The 130 is a great computer but obvisouly due to the small size the battery life is limited. It may not last if you ride 200mi. or longer on a single ride although I have never tested it on a double century. Screen readability is much better than that of the 520 and 830.
Top

I've recently gone from a 520+ to the 830 (I gave the 520+ to the GF), and I find it really good. I opted for the touch screen as I use the top buttons on the di2 to rotate the screen and start/stop. I also use the alarm function as well at cafe's (as well as a lock).
BMC Granfondo 02 105
Btwin 540
Specialized Venge Pro Disc
Top

people are complaining about touch screen .... LOL Garmin has the remote button gadget/ Edge® Remote Control .... I've been using it for years with my 1000 .... in rain or dry... no need to try and swipe the screen when you are riding at 20 mph 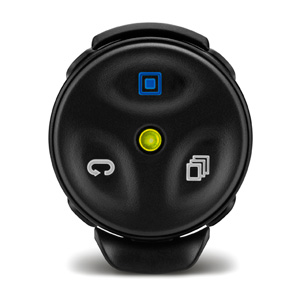 Anyone know how to stop these "lost satellites" notifications on the 530?
Top

I'd be keen to know that too, it's quite annoying. The same with the phone on bluetooth disconnecting and reconnecting constantly.
Top

I've got the Garmin Edge 830 and I'm having issues with my speed sensor. It kicks in after about 5 miles. I'm not sure what to do to get the sensor to connect when I first start my ride. Does anyone have any suggestions?
Top
Post Reply
138 posts