Giro's a lot more entertaining and I'm happy it's most likely gonna stay that way thanks to Big Tom. and likely other big names. making it their prime goal. of course someone might claim he's targeting the Tour and only riding Giro to prep, but we all know it's BS cause as things are right now, no one stands a chance against combined forces of Froome ,Thomas and a whole stable of prime climbers and domestiques, who are additionally going to fight for a title sponsor.

Gaviria bike looking sharp (although on Bora One). 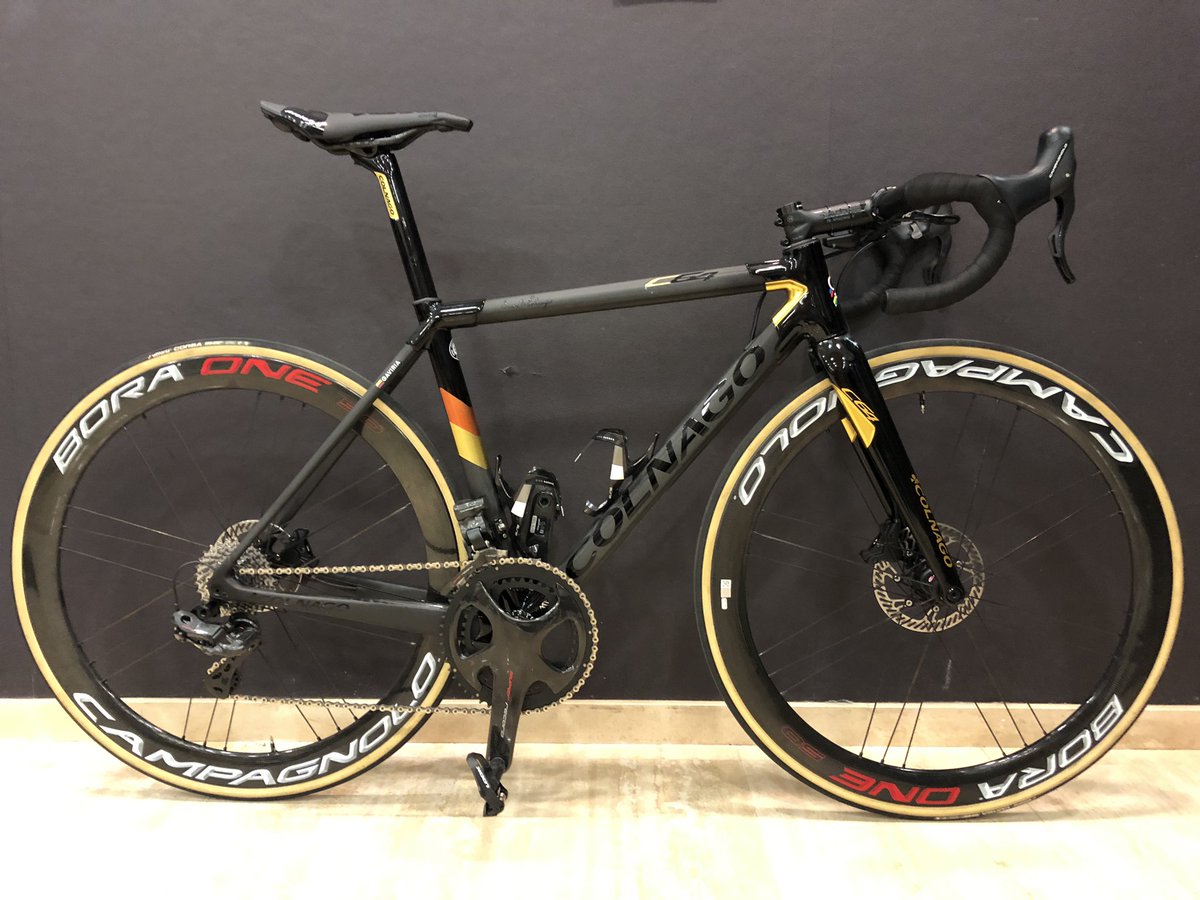 Pretty sweet winter hack! (As I assume he'd mostly sprint on a Concept)

LiquidCooled wrote: ↑
Sun Dec 16, 2018 3:13 pm
And, Poof! There goes ASO's biggest chance for a non-Froome/Sky TDF victory. No way Bardet, Pinot, or Alaphilippe is going to beat Team Sky, regardless of the course.

Given the progression of Roglic, he gives hope. I don't think Froome will ever win another Tour de France. If he does so in July he will have been the oldest person to do so since Henri Pélissier in 1923 - i.e. he will be older than Cadel Evans when he won in 2011.
Top

And another 12-speed EPS sighting.
Top

Why not? Age doesn't seem to be slowing him down much, and TDF winners seem to be getting older recently anyway.


And I was too slow

themidge wrote: ↑
Sun Dec 16, 2018 5:38 pm
Why not? Age doesn't seem to be slowing him down much, and TDF winners seem to be getting older recently anyway.

The effect of age on Froome is very noticable, the attacks don't stick as they did in the past and he is more realiant on his team than ever, the Froome of 2012/2013 didn't really need the team. His successful attack at the Giro was more a result of dynamics in the chasing group that an out and out effort. Furthermore both Froome and Dumoulin rode the Giro and Tour but Dumoulin was in much better shape than Froome after the Tour. The Froome era is coming to a close.
Top

I agree that his attacks don't stick as well, but his tactics are getting better at the same time. The Tour-Vuelta-Giro-Tour marathon he did certainly had an effect on him, I think by next year's tour he'll be back to his best. Nobody has ever retired having won only four tours, I bet Froome is pretty motivated to make it five. I certainly hope he returns to form, his racing is getting more exciting with age at least.

I wonder which grand tours Simon Yates will be riding next year, It'll be interesting to see how he competes with the full Sky train after winning his first GT.

themidge wrote: ↑
Sun Dec 16, 2018 6:27 pm
I wonder which grand tours Simon Yates will be riding next year, It'll be interesting to see how he competes with the full Sky train after winning his first GT.

Simon Yates said he will be riding the Giro, he has some unfinished business there.
Top

Chances of Trek dropping their own BB spec for SRAM - zero

Everything about this bike ticks all of my boxes. Hell it's probably the exact same geo and fit that I require...

Except it just doesn't do it for me

The gold accents and tan side walls make me want to puke.

There I said it. I know, I'm probably the only one that doesn't like that bike. I also hate those Bora bright labels on the wheels. Personally I'd only ride the wheels with stealth logos though if I were paid Gaviria's salary I'd probably ride whatever they gave me. And I'd smile all the way to the bank.
Colnago C59
Top