by shlammed
Lets get it going.

Photo of the bike as weighed required if not on the scale in the photo, and any relevant specs you want to specify.


Entry #1. Cheap commuter build, not WW but not too bad considering.

Going to change out to a 200g saddle from the 270g unit on there now and change to some modern brake calipers (in the mail) but im not looking to do much more work as it sits.

Going to be building a new alloy frame to put these components on, hopefully with some kind of carbon fork to lighten everything up.

by prendrefeu
At the moment, for the past two weeks anyway, I've been riding my WW-bike as my commuter just as a test to see how it fairs on the horrible roads we have in the LA area. It's held up fine... current weight unknown, but recent part swaps and prototypes (it is an experiment, afterall) probably has it at around 12lbs even or lower (guessing).

Parts will soon be swapped over to a steel frame I've been working on, hopefully a sub-15lb commuter should smooth out the rough roads.

by mattr
Depends how long it was since i last cleaned it, and how much ick has gathered in all it's nooks and crannies.

Last time i weighed it (clean), it was just under 12 kilos. Guards, saddlebag, rear lights (no front though)

No pictures as it's a bike, i don't (often) take pictures of bikes.

Kinesis Racelight tK frame, full carbon fork, open pro, 105/ultegra mix for groupset, no idea what tyres, probably 4 seasons or gatorskins. No idea what bars or stem either, but the seat post is possibly the heaviest post ever, the only one i had to hand in the right size was a 300mm steel thing that cost me a £10 several years ago. The irony is that it's got a £100 saddle bolted to the top of it.

by Snockers
I use my Straggler for the ~40km round trip commute on pretty varied surfaces, often stretching the ride home out a bit to make it more like a 50km round trip.

Just put fenders on the other week as it's starting to get colder/wetter down here in the southern hemisphere, but before I put those on it was sitting just under 12kgs if memory serves.

Thinking I'll build up a slightly lighter wheelset after winter, should help to shed half a kilo or so...

by Rush
I commute on my old custom Reynolds roadie in the dry. 26 years old this year.

In the wet I ride a cheap MTB with rack and slicks.

Probably weighs about 12 kg with rack+pannier.

I will commute on my Baum if I need to add some extra midweek kms. Actually it's probably closer to 10.1kg now as it's got a cambium saddle and middleburn crank these days

by Stalkan
Around 10 years ago I used to ride a steel KHS Flite that weighed just under 19lbs, but when I started racing I found commuting didn't fit with my training plans. Therefore, I sold that commuter bike and stopped commuting. However, with the kids getting older and my schedule having less time for training I have gone back to commuting as a way to get more ride time in. Unfortunately, my current commute is all pavement, but I love the U.P. as it is setup for the route and really enjoy my rides in and home.

by gb123bike
My commuter is about 11.8 kg / 26 lbs with the rear rack, but without fenders and panniers. That's a long ways from the lightest thing out there for sure, but it wasn't too expensive and has lower tier parts. My pannier set adds another 1600g dry, but I normally stash some bungies and other random items in there making them more like 2000g empty. I could probably look for lighter panniers, but by the time I've got a week's groceries on the bike, I figure it doesn't matter too much any more.

Not sure how much my fenders weigh. I only put them on in foul weather. They're plastic ones from PB or somebody but they're wide enough to clear Nokian studded winter tires. Invaluable in the muck.

Pretty happy with the setup. Would like it to be a little lighter though for those times when I don't have the panniers mounted and just want to crest the hills between house and work.

by zmjones
about 22.5 minus the bottles, mud, and lights (but with the taped on tube) by JMeinholdt
Currently at 8.46kg. As I lighten up my Wilier, some of my parts that don't sell may turn into hand me downs for this. Already planning a CF handlebar upgrade for that reason. 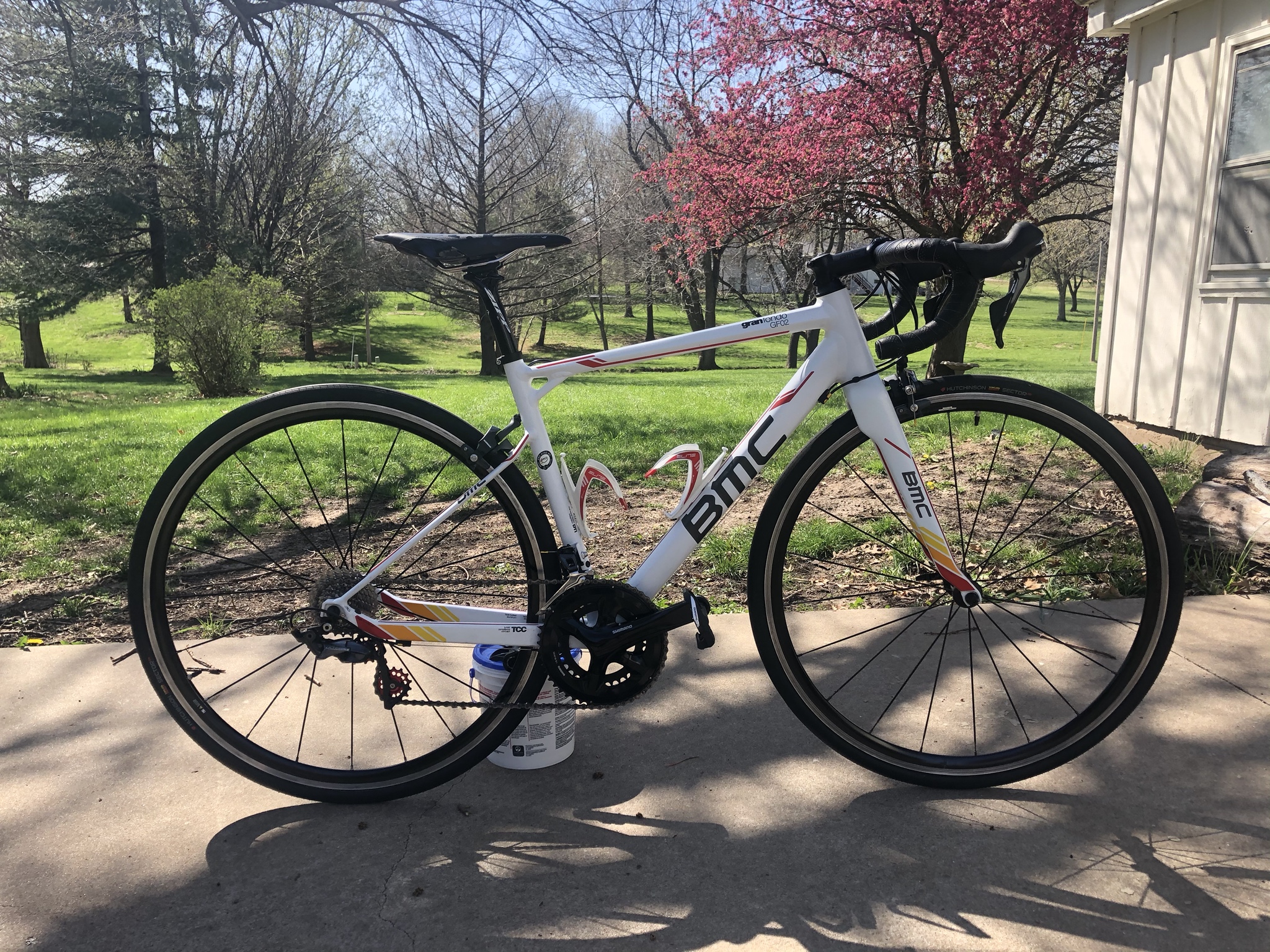 by froze
I commute on a 1984 Fuji Club that I made some changes to. The original Suntour ARX derailleur were not the high quality shifting I had come to know from Suntour, so after much fiddling with it to make it shift better, I gave up and switched to Suntour Superbe Tech on the rear and Superbe Pro on the front, when I did that, I also put on Suntour Superbe pedals, this was new stuff I had in storage since 86 or so. Now the shifting is amazing. I know the internet is abuzz about how bad the Tech stuff was, but that has not been my experience, I have another bike with the same stuff on it that I put over 150,000 miles on it and the Tech rear derailleur is just fine after all those years and miles; I think the rear Tech derailleur was the best friction derailleur ever made except for the weight, but that's a non-big deal since it shifts even better than the Superbe Pro rear derailleur I had. I then took out of storage a lightly used set of Torelli Master Series Rims I had built with DT comp spokes and Suntour Superbe hubs and replaced the original Ukai rims with those. I'm thinking of taking the Superbe brakes and levers off the 150,000 mile bike and put them on the Fuji, maybe this summer. I took off the original yellow plastic handlebar tape and have over the years used nothing but yellow cork tape. Of course, the seat has been replaced with a Fizik white saddle with red accents, though I would like to find a yellow saddle. The bike's paint and decals are still in excellent condition since I haven't ridden it much for many years till the last 5 years I decided to use it to commute on. It's a great riding bike though.