Measure on the peak. The thing about pillar is if your used to sapim reliability why switch. I would have to use 10,000's of spokes to get a measure of pillars reliability.
www.thecycleclinic.co.uk
Top

Even if you don't have a flat surface you can see what the lowest tension meter reading is as you're adjusting its angle, then compare those lowest values.

It only takes one second and you don't need to pay much attention to anything while doing it.
Top

I’m only using the gauge for the exact measurement. I found the iOS sound spoke tension app much better than the physical one. As you get closer and closer, the app is a lot faster at finding the problems 2, 3, & 4 spokes away from the evidence.
Top

Sound works well as long as the spokes aren't crossed. With crossed spokes I haven't had any luck trying to get an accurate sound reading (assuming they touch at the crosses).
Top 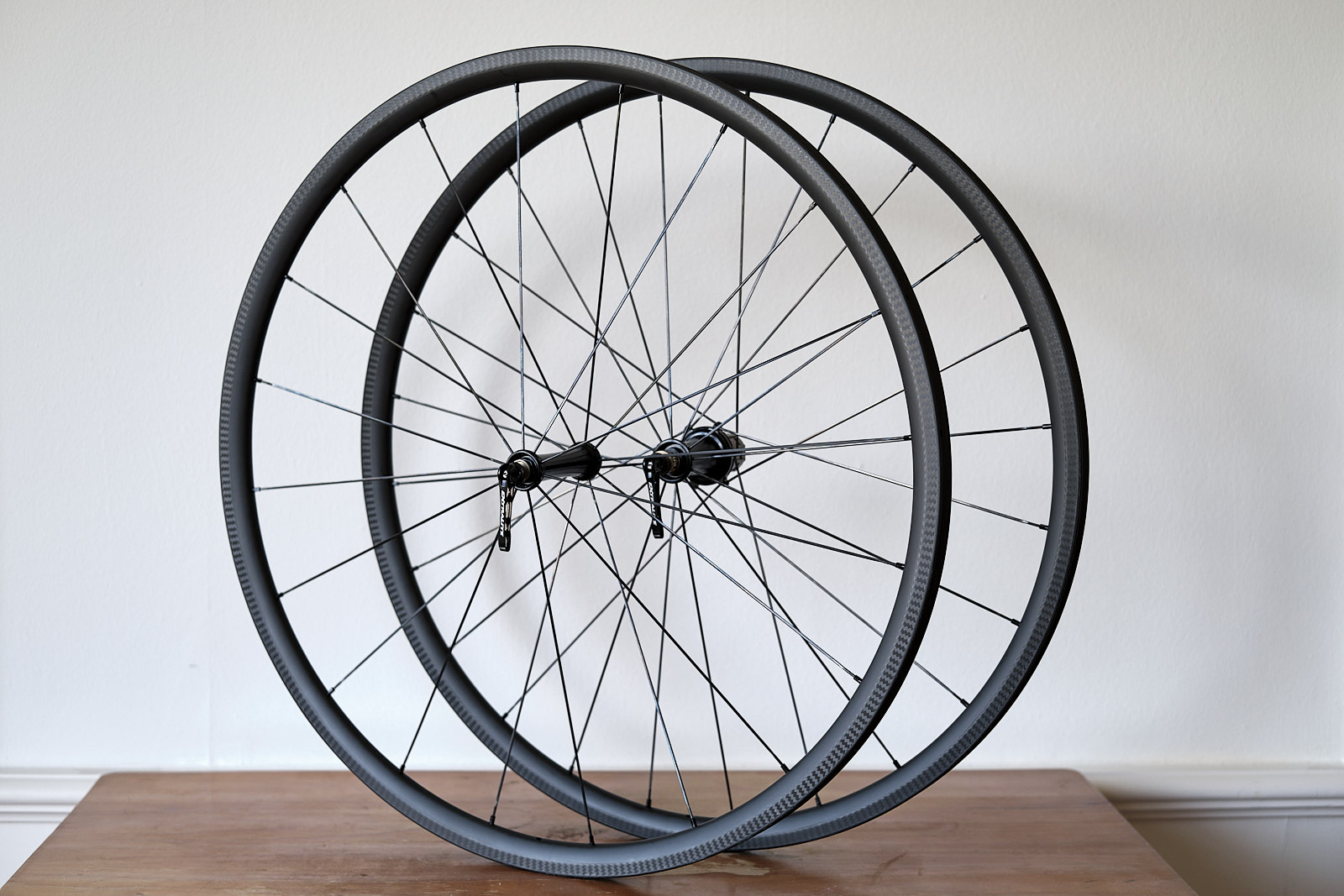 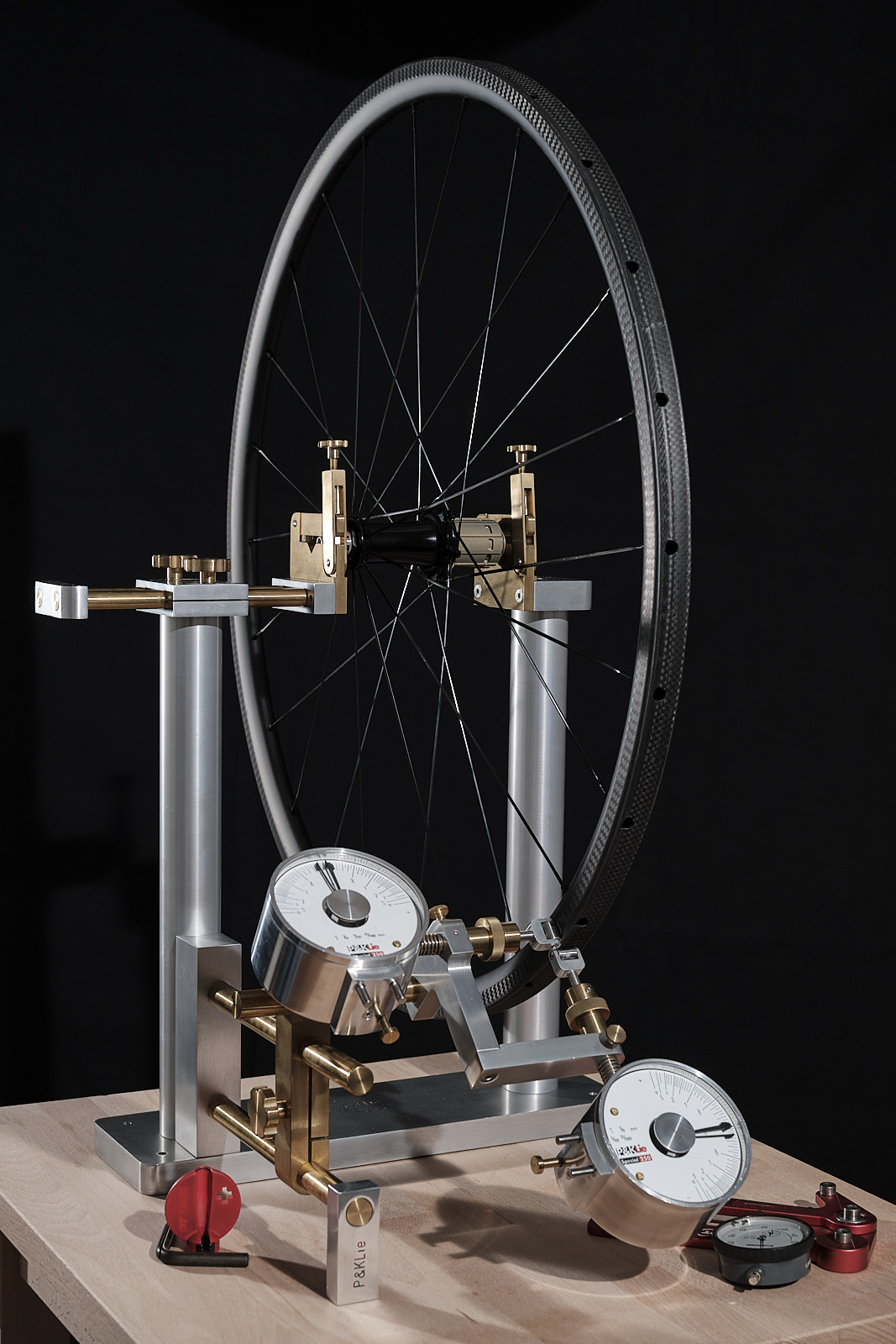 Any suggestions for a bombproof wheelset ? I was thinking : Mavic Open Pro UST + Miche Primato + 32 spokes DT Swiss Competition front/rear .
My weight is 70kg
"If you brake, you do not win". MC
Top

Boomproof and mavic ust rims which are 417g.

Try a heavier rim like the kinlin xr22 or 26or the h plus son archetype.

I wonder how quickly I would break those 754g wheels.
www.thecycleclinic.co.uk
Top

Probably before even getting them laced. They're your favorite, internal nipples.

Are these easy to measure tension on? In my limited experience, CX-Rays needed so careful attention to be consistent on (ensuring the spoke was flat at the cross, ensuring you're measring the right spot on the oval,etc.). Looks like the diamond shape might be a hassle at the cross and would read differntly on the flat vs peak - which to measure? I ordered some for my build, but I haven't selected hubs yet.

bm0p says he is suspicious of Pillar, but forged 18-8 is not a dark art.
Top

Are these easy to measure tension on? In my limited experience, CX-Rays needed so careful attention to be consistent on (ensuring the spoke was flat at the cross, ensuring you're measring the right spot on the oval,etc.). Looks like the diamond shape might be a hassle at the cross and would read differntly on the flat vs peak - which to measure?

I ordered some for my build, but I haven't selected hubs yet.

bm0p says he is suspicious of Pillar, but forged 18-8 is not a dark art.

Suspusious because I ha e not used 50,000 of there spokes so I cant get a measure of there reliability. All I can go buy is other wheel builders in the u.k who anecdotally have found unexplained failures with pillar.

Hense to use pillar I would really need a spoke torture set up to torment spokes to failure and record time.

I might do that and find out once and for all. Cyclic loading from 0 to 600N every 3 seconds should do it. A bit of flex loading +/- 10 degrees while under tension would accelerate failure. Test 1000 spokes 10 at a time would take some time but such a rig would be doable.
www.thecycleclinic.co.uk
Top

New DT 240 hubs have been announced.

If anyone has the problem I had of not being able to slide over the spoke key onto an internal nipple that is angled oddly I can tell you a trick I learned.

I spent a lot of time trying different things but in the end the fastest solution was to identify which nipples tend to go on crooked (usually locating them as you're truing up the wheel). Upon discovering one of them (there usually are several) you don't tighten it further with a bad grip on it. You carefully undo it completely (count the number of turns) and remove it.

Then you take a normal external nipple, with a cut across it's head. You thread it on the spoke the wrong way (fits the same spoke key in my case 3.2mm square). So to clarify, the cut is now facing the rim. Tighten it up so you get some tension on it and then notice the angle of the spoke key. If it's resting against the rim bed hole at say 4 o clock, I put pressure in the opposite direction 10 o clock and with some muscle and tension press down and turn it a few times. It means that the cut in the nipple is digging a tiny bit into the rim, and in a way to flatten the internal nipple as it's being tensioned.

This procedure will also help with spokes that have odd angles like lets say 3x crossed spokes or large flange pcd, or extreme flange separation resulting in extreme nds spoke angles. So if the rim is flat and nice on the inside but the angle of the spoke prevents you from accessing the nipple easily, you can use the same procedure to cut the inside of the rim a tiny portion. Enough to have the internal nipple under tension to self align with the rim bed hole.