- 1 more thin layer on the rim just before mounting. Mount the tire and straighten. Do whatever other chanting or voodoo magic you deem appropriate at this time. In my case I like to lay an old rather thin diameter (something that might match the curvature of the rim bed) Witches broom handle on the floor and run the barely inflated tubular over it pressing in the center of the tubular against the valley of the rim, with the idea to get good contact in cases where the tire and rim bed don’t match up perfectly. I’m not sure it really does anything since once inflated to pressure it’s probably going to take on it’s natural shape regardless, meaning if the tire is a bit too big for the rim, it will still work but the center of the tire will probably want to pull away a bit from the center of the rim a bit. No big deal since the critical areas for a good bond are really the edges of the rim.
However, if you go this extra step, whether it in fact helps or not, I do believe it is imperative to use not just any old broom handle, but a true Witches broom handle. This I know to be fact.
If you are gluing some super fat cross tires to a pretty wide rim, there is a strong argument for using a Quidditch broom handle instead, as it is generally a bit thicker and may better match the radius of the rim bed.

And as always, there are variations to the above. For instance, Continental’s base tape is thick textured cotton, and I generally put two layers of glue on it, whereas with Veloflex one has been plenty. I’ve also used an additional layer of glue from what I said above, adding a second layer on rim as well as on the base tape, creating one more gluing step, but I didn’t find the bond to be any better. And the less the better when it comes time for removal.
Colnago C64 - The Naked Build; Colnago C60 - PR99; Trek Koppenberg - Where Emonda and Domane Meet;
Unlinked Builds (searchable): Colnago C59 - 5 Years Later; Trek Emonda SL Campagnolo SR; Special Colnago EPQ
Top

I do love your posts Calnago, they do make me laugh.
Since my tantrum my wheel is still on the truing stand, nice and clean, free of any glue just staring at me every time I walk in the lounge. It's crying out to me, please for heavens sake make up your mind if to glue me and get me back on my bike. I could have it taped up ready to ride for tomorrow morning but I don't like to be beaten, so I might try gluing again but using the water trick this time around. If that fails miserably then I have enough glue remover to start the boring task of cleaning the rim again for tape or the LBS to mount the tyre.
Top

Kookie, just a tip even with the water truck you’d still have work fairly fast.

I’d suggest doing some practice mounting without glue if you are not comfortable.

I’ve never tried the water thing, except it just seems inherently like the wrong thing to do, kind of like gluing your tubulars while under water. Sure, it’s probably gonna slide easier, but damn, you’re gonna get water in between. I dunno. Guess I don’t have a problem not using water, so that’s what I’ll keep doing.

However, on another issue, I finally got around to gluing up some new Arrenbergs on some Bontrager Aeolus 5’s after having a severe imbalance in the rear. It would make the bike shudder in the stand when spun up and with a different wheel it was fine. There was a whopping 4mm hop in the tire and I was certain that had to be the issue, along with maybe some dried sealant in there. Turns out there wasn’t any sealant in there (I sliced it open to check). I don’t know the wheels history to that point as it was purchased by a friend who brought his bike to me for some work. Anyway, was sure that all would be good, but it’s not. A nice new Arrenberg all glued, straightened, less than 0.5mm out of round. All should have been good. The bike is shuddering the same way in the stand, yet if I swap in one of my Boras its good. What puzzles me is that the wheel doesn’t seem to be way out of balance... it does settle with the valve at the bottom but it doesn’t seem like it’s being pulled there excessively. I’m stumped on this one. I can only attribute it to some kind of imbalance. There is a slight high pitch sound when the wheel is freewheeling that I can hear. As I write this it just occurred to me that perhaps it’s a bent axle or something??? Or maybe the end cap (basically a DTSwiss design) is all cockeyed. Just thinking out loud. Has anyone ever experienced anything like that before. Next step is to start pulling apart the hub I suppose. Not really a tubular issue here, so if I don’t get it resolved on my own or with the collective wisdom of those looking at this thread, I may repost in the general section.

By the way, I fashioned a new “Witches broom handle for pressing the deflated but freshly glued tubular against the center of the rim bed. It’s an aluminum handle from one of those Swiffer things that I never use. Don’t tell anyone... I’m already on the hook for a new butter knife. 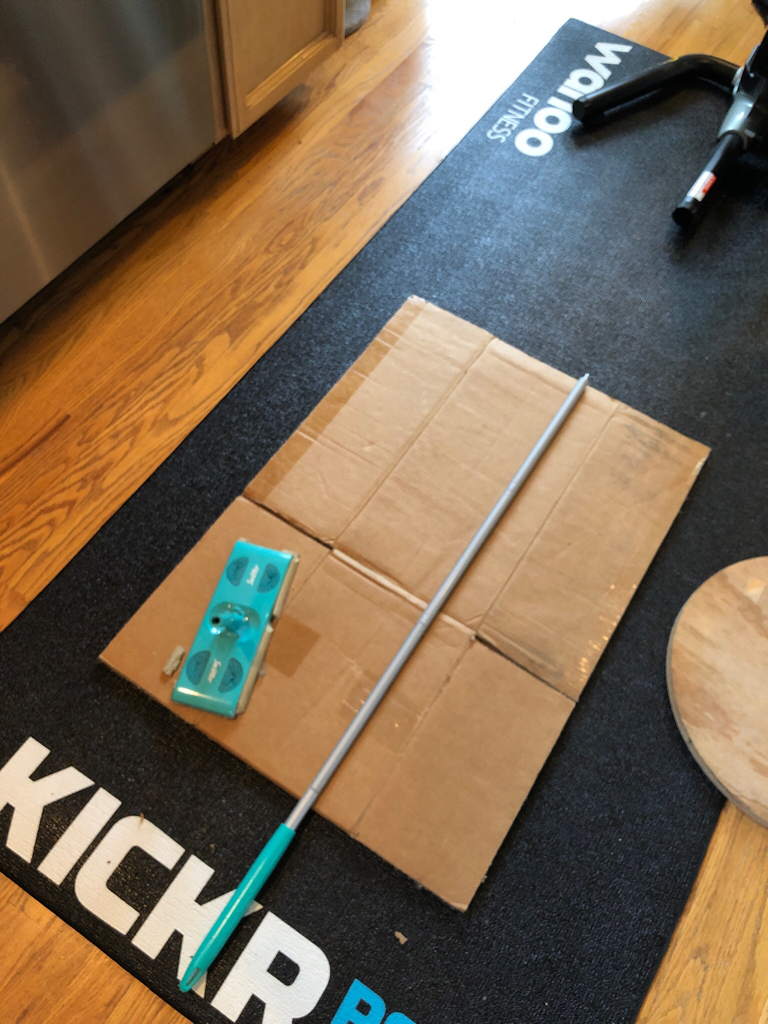 lol it is rather slow in here at the moment. I enjoy reading so much that reading about two snakes doing it is rather interesting at this late hour.
yawn
I am gettin ready to hit the feathers though. I gotta an early day tomorrow.

@Calnago: It's Bontragers. Stick to Boras and you'll be fine.
Bianchi-Campagnolo
The Specialissima
Top

In response to @Jugi: I guess it’s just the case that it’s new to a lot of people and they are entrusting their lives in their tyres holding up when pushing them, so any reassurance somebody can give to them on a new process is very much welcomed!

It is easy yes, but it is also new and also a bit of a mission to go through it for the first time. Although gluing my next set now I’ve done it once doesn’t phase me at all.

Kjetil wrote:@Calnago: It's Bontragers. Stick to Boras and you'll be fine.

They’re not mine. Don’t be silly. I’m just working on them. A girl’s gotta makema buck somehow. It’s just that the rear will just cause such a shake through the whole bike and I really can’t believe the small amount of imbalance can be causing that. I tried a Bora and a Nemesis/Campy Wheel and they are fine. Then out the offending wheel in my bike and it behaves the same way. Nice a true. And round. Definitely the wheel. So I guess it must be just that imbalance. Suppose I’ll try to get some of that weighted balancing tape and make like automotive wheel balance man.
Colnago C64 - The Naked Build; Colnago C60 - PR99; Trek Koppenberg - Where Emonda and Domane Meet;
Unlinked Builds (searchable): Colnago C59 - 5 Years Later; Trek Emonda SL Campagnolo SR; Special Colnago EPQ
Top

welchy wrote:It is easy yes, but it is also new and also a bit of a mission to go through it for the first time. Although gluing my next set now I’ve done it once doesn’t phase me at all.

And Calnago, as always much appreciated!!

It is a “mission” and the first time, especially without specially ground implements such as butter knives and witches broomsticks can be challenging. It’s a process, but kind of a satisfying one, especially when you’re riding them. Funny, but as much as I don’t mind doing it for myself, I’m really not thrilled about doing it for others.
Colnago C64 - The Naked Build; Colnago C60 - PR99; Trek Koppenberg - Where Emonda and Domane Meet;
Unlinked Builds (searchable): Colnago C59 - 5 Years Later; Trek Emonda SL Campagnolo SR; Special Colnago EPQ
Top

I shall never be silly again. Ever.
Bianchi-Campagnolo
The Specialissima
Top

Calnago wrote: ↑
Sat Feb 23, 2019 10:03 pm
Has anyone ever experienced anything like that before. Next step is to start pulling apart the hub I suppose. Not really a tubular issue here, so if I don’t get it resolved on my own or with the collective wisdom of those looking at this thread, I may repost in the general section.

I think I implied previously I consider this normal. I haven’t tested my wheels systematically, but my gut feeling is I can get most of my rear wheels to shudder the bike while spinning at speed on the working stand.

My other assumption (based on my wheels) is that this is more typical with tubulars than clinchers. I don’t think my tubs are clearly off-balanced (mainly Schwalbe Ones and Continental’s Sprinters + Competitions) but I have been thinking it may be related to the weight ratio between the tire and the rim. Heavier tire on a lighter rim (tubular) might be more susceptible to this behavior than a lighter tire on a heavier rim (tubed or tubeless clincher). That would, of course, be in line with the laws of physics as the main portion of mass is further out from the hub with a tubular setup, so smaller imbalances in the tire could have a more pronounced effect.

Anyway, I haven’t felt the need to investigate as I can’t feel any difference while riding, not even if the wheel is 1-2 mm out of round and it exhibits this behavior on the working stand. I have heard of people who balance their wheels by adding some type of weights to the nipples to get rid of this symptom (just like a car’s tire), but to me that feels like one of the most effective ways to diminish a good wheelset’s riding feel.

Further questions:
Did you spin the wheel up to speed without a tire? Was there a difference? I think I have done that sometimes while truing, but can’t recall whether I have induced a shudder or not.
Did you make note of the weight ratios between these setups? Which rim is lightest compared to the tire?
Top

I’d suggest doing some practice mounting without glue if you are not comfortable.

I cheated and went with tape, glue is just not for me, three weeks without my rear wheel was getting annoying, quick, easy no mess and ready to ride. Obviously there's a weight penalty but I'll take that over ease.

KCookie wrote: ↑
Mon Feb 25, 2019 9:30 pm
I cheated and went with tape, glue is just not for me, three weeks without my rear wheel was getting annoying, quick, easy no mess and ready to ride. Obviously there's a weight penalty but I'll take that over ease. 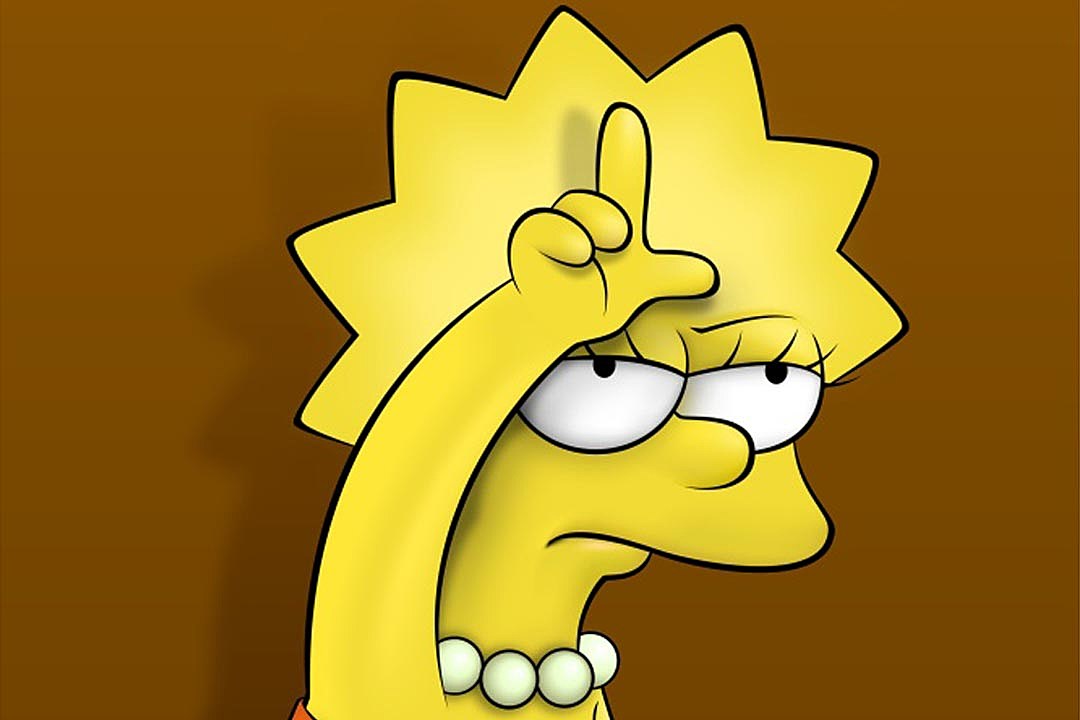 That is a very sad conclusion to your glue story, Cookie.