How to identify Roval wheels?

I bought a Tarmac SL6 last year and the seller included a pair of Roval Rapide CLX 64 tubs. The seller had bought them 2nd hand and he said they 'should' be from 2017. I'm thinking of selling them and would like to make sure I know everything about them. There appears to be no serial number on the rim. Do I have to remove the glued tubs to see the serial number? Roval doesn't seem to hand out any information regarding this except a manual about pressures referring to serial number WC001, WC002 etc. Sent them an email but nothing so far.

Picture of the wheelset: 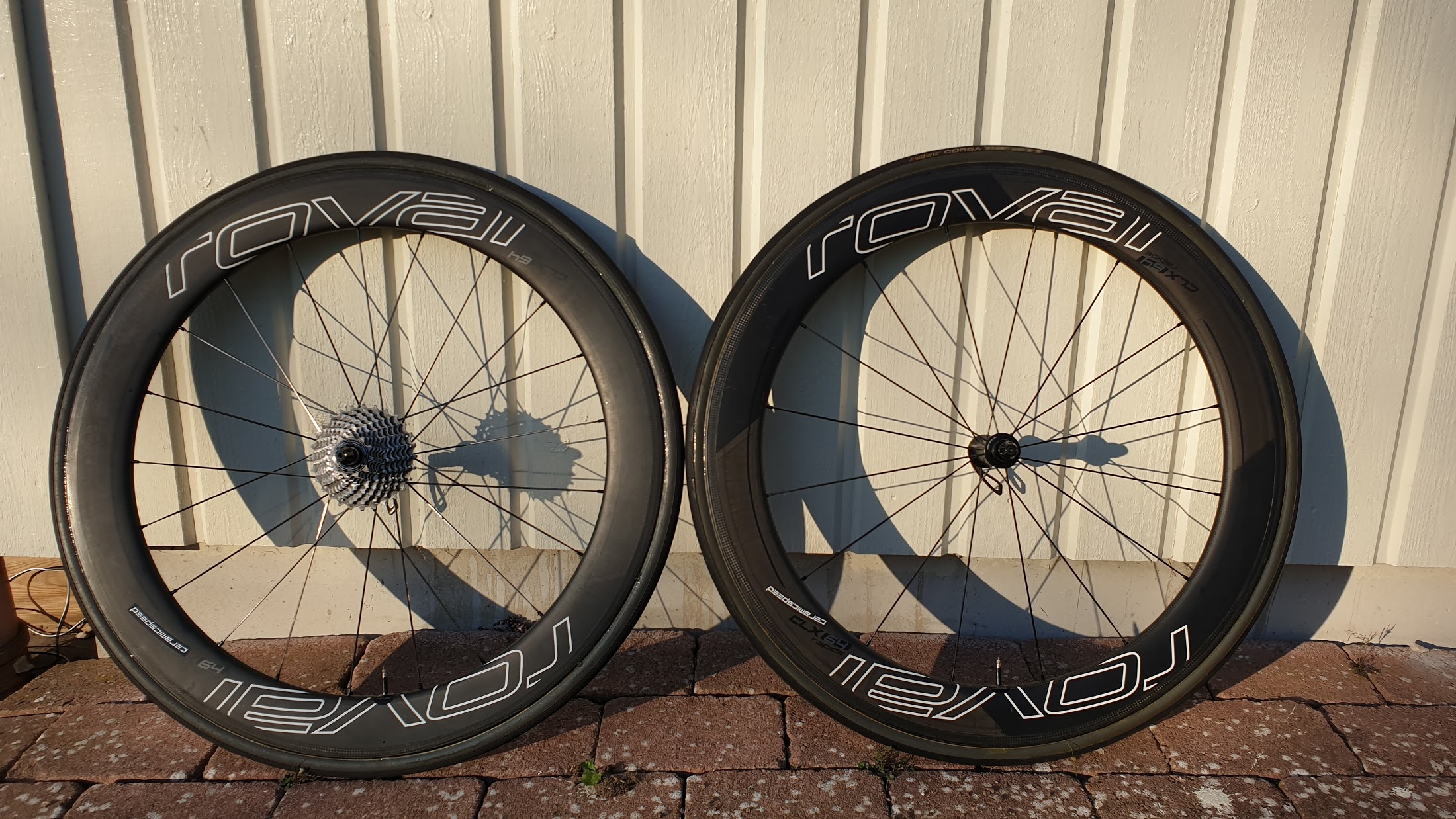 Can't directly answer your question, but I'd suggest asking this to Specialized via Facebook or mail. In my experience they're pretty quick to respond.

Also appreciate you're doing some due diligence before selling them off to someone else, good stuff!
Top

The front hub design and decal design makes me think they are the latest generation of CLX64 which where released in 2016 IIRC. What you could do to verify is check the external width of the wheels. Latest generation CLX64 in tubular should have a 27.4mm external width at their widest which should be a little below the brake track.

There have been no change made to the CLX64 since their introduction in 2016 except the release of a disc clincher version.

NVM just checked older Roval wheels and prior to the 2016 CLX64, the deepest profile wheels Roval were CLX 60 from 2013 to 2016 and would be labeled as such.
Top