Genuinely curious about this quote - I read that a lot but what does it mean? Are there any wheels that don't spin up ok?
https://www.instagram.com/hereticbikes/
Top

Hello,
Could you tell me where did you buy them?
Your wheels are a model of which year?
Thanks a lot.

Also, another question : Fulcrum says not to use latex tube with them, I know a bit about this real or overrated issue, do somes owners of these wheels use latex tubes anyway?
Top

Ok thanks ! It's a pity that Hopman only delivers to NL and Belgium

Calpol wrote:I've ordered a set for my new build. They cost £750 after my British cycling discount at chain reaction. I think they will look awesome on my supersix evo hi mod.

Sent from my D6603 using Tapatalk

Where are the pictures of them?

Calpol wrote:I've ordered a set for my new build. They cost £750 after my British cycling discount at chain reaction. I think they will look awesome on my supersix evo hi mod.

Sent from my D6603 using Tapatalk

Where are the pictures of them?

Construction of the rims are the same as the Bora. They have the same shape. Use the same 3diamant brake track. The only difference is the fulcrum use unidirectional carbon instead of 3k, but still use 3k for the brake track like Bora. 3k carbon is more expensive.

They have the same diameter 17mm axle, but use sealed bearings instead. You still have the preload adjustment on the hubs. It is much easier and cheaper to maintain compared to the loose ball system of the Bora. The hub shell design of the bora one and fulcrum are the same. Just the internals that differ and rear spoke pattern.

You can easily install ceramic bearings if you want or better quality SKF bearings with a light SKF lube and I'm sure you won't notice the difference with the Bora.
████████████
Top

sawyer wrote:I haven't ridden the Fulcrums, but have Bora One 35s

I expect the Boras will be better in every regard other than obviously a fractionally less aero rim depth, though you are probably almost at the point where it is an unmeasurable difference, so doesn't matter

The Bora tubular rim is professional level equipment. Nothing on the Fulcrums is.

I've seen both wheels up close and they both look very high quality even though the fulcrum use sealed bearings.
I do prefer the looks of the Bora, but the Quattro are not bad.
Put some low friction bearings in the Quattro which is super easy to do and I'm sure you would not feel any difference compared to the Bora one. They pretty much have the same rim shape, axle diameter, spoke geometry, etc... The rear spoke pattern on the fulcrum is pretty much a 2:1 G3 with a wider pattern. Stiffness will be similar if not the same.

The bora are more expensive since it uses a more expensive 3K carbon for the layup, hub design which is more complex to produce and USB bearings. By the way only the balls are ceramic and cup and cones are regular steel. Since ceramic is much harder than steel you will have to change the cups and cones much more frequently.

I'm also thinking of getting new wheelset for this year. Its either the bora one 35 or the Quattro carbon. I'm leaning towards the Quattro at the moment.
████████████
Top

I've been using these for a couple months, just wanted to echo all the reviews - they are a great wheelset and they're absolutely solid as a rock. The CyclingTips review was 100% bang on.

Has anyone tried running them tubeless? They're obviously not marked 'ready', I emailed Fulcrum to confirm the reason why (no notch) - its exactly that:

the rim looks to be tubeless ready as you mentioned but is missing a notch that retains the tire in case of flat.
For this reason we do not declare them to be tubeless even if we know many riders run them that way.

road.cc seemed to run them fine (even as CX wheels), but I'm just concerned about safety using them on the road at speed.

I've also got myself a pair of these based on the reviews here.

These are truly amazing wheels. Stiff, roll smoothly, hubs are very quiet, brake really well (only just slightly less powerful than my ksyrium exalith pro, but without screaming noise like exalith), and the price is much cheaper compared to bora ones considering they both use pretty much the same parts except steel vs. ceramic bearings.
Top

Not sure about these buy my friends haven't had problems with their Bora 35's and 50's on tubeless. Just make sure you choose a valve with a really large base.
Top

I ordered a set of them too, hope they will be here soon...
Canyon Aeroad eTap
Focus Izalco Max
Top

I have mine now since last September and they have been faultless. Very smooth, stiff yet comfortable wheels.

I'm running mine with Michelin latex tubes and 25mm GP4000's and haven't had a problem with the latex tubes even on very fast descents.

I weighed mine on a set of calibrated scales and they're 1482g, I cant see how yours could possibly be 1420g, that's just too big of a difference to be true. Bike24 weighed a set and stated theirs are 1490g.
Top

PrimO wrote:I weighed mine on a set of calibrated scales and they're 1482g, I cant see how yours could possibly be 1420g, that's just too big of a difference to be true. Bike24 weighed a set and stated theirs are 1490g.

I have used them for one season and is also very pleased with them. Mine were also under claimed weight but can't recall exact weight. Pretty sure under 1500 gram. 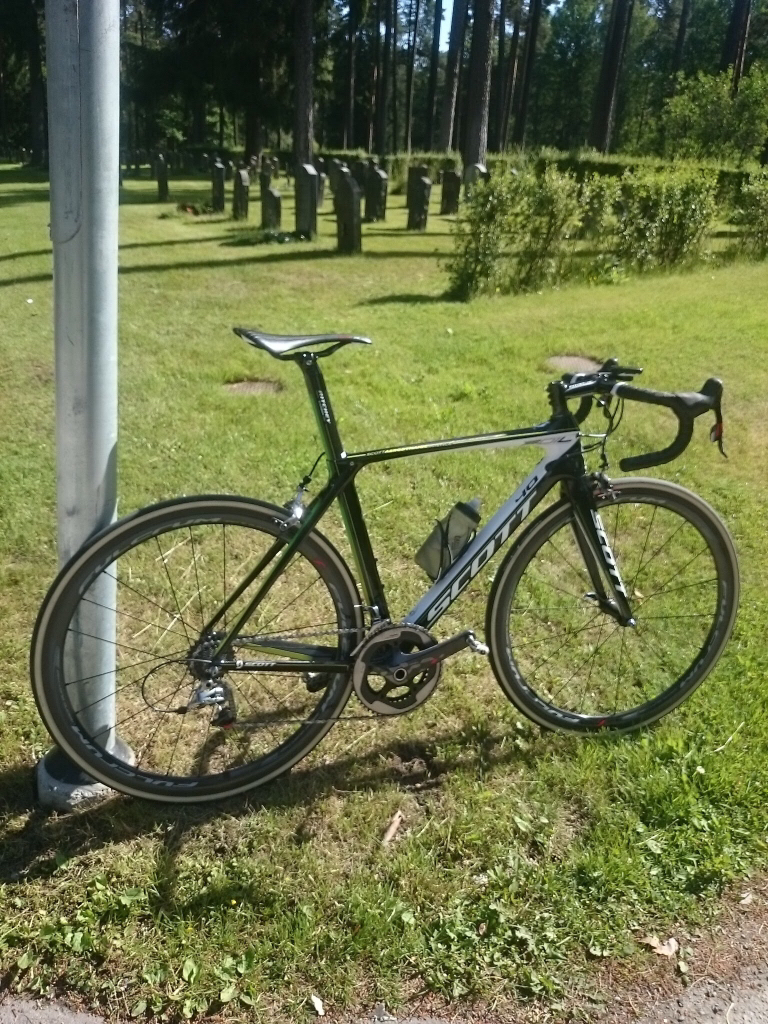