I've resurrected this bike which appeared on WW way back in 2012. I've made changes to forks, wheels, stem and seatpost. Here's an update. A set of Carbonsports Lightweight wheels on the original build developed pits in the breaking surface and aren't repairable. At least I couldn't locate a company willing to try. I stopped using a Berk custom saddle seatpin combo. I might try a Dila in due course.

I live in Hampshire UK. Minor roads are 'traffic-lite'. Unfortunately the surfaces are heavily frost damaged. At 67kg, I found the resulting ride quite unyielding at times, even after swapping to alloy rims. Clearances didn't safely allow 28c, so eventually I swapped out the frame for a Swift carbon G2 in 2016

Inevitably I missed the snap and responsiveness of the Peg alot but I wasn't using it so, after a couple of years, I put the peg frame and fork up for sale. I feel so blessed that no-one bought it. In the meantime I started mountain biking in the winter, and got used to the faff of going to a tubeless set-up. So, eventually the idea of running tubeless tyres at lower pressure on the road created thoughts about putting the Peg together again with a nice tubeless carbon wheel set-up.

I've also made other component changes: to the seatpost and longer lower stem which is now parallel with the top tube. I swapped out the original Mizuno fork for a spare Enve fork I hadn't used for a self-build steel frame project. These were all minor visual things that niggled inside on the original build. I know some people frown about using Enve in a Peg because Dario had specific reservations relating to the fork crown seating I believe? I'd prefer the authenticity of upgrading to a colour-matched Falz, and one day I might do that, but the Enve is great on the Peg, and I'd rather use it than keep it in a box.

In the meantime other bikes (Trek 5200, Madone SLR6 disc) have been and gone. I'm running Veloflex Evo TLR 25c tyres tubeless on the Hunt wheelset at 50/55 psi front/rear. The ride is now more than tolerable over the worst road surfaces with this set-up. It's been a gamble that worked. Its great to be back on the Peg again. I'm alternating riding with an Aethos Expert on Firecrest 303 and sometimes 404 wheels, again tubeless. I'll share some photos soon. I hope this resurrected Peg story resonates with people. Happy to answer any questions or feedback about parts, etc.

Here is the current Peg build list and some photos: 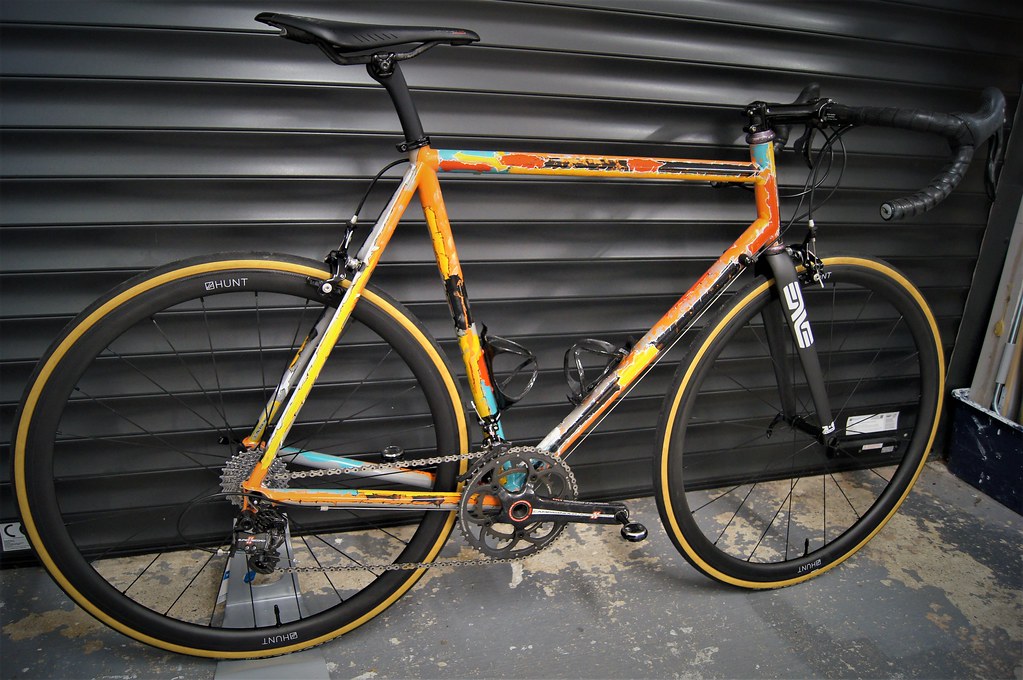 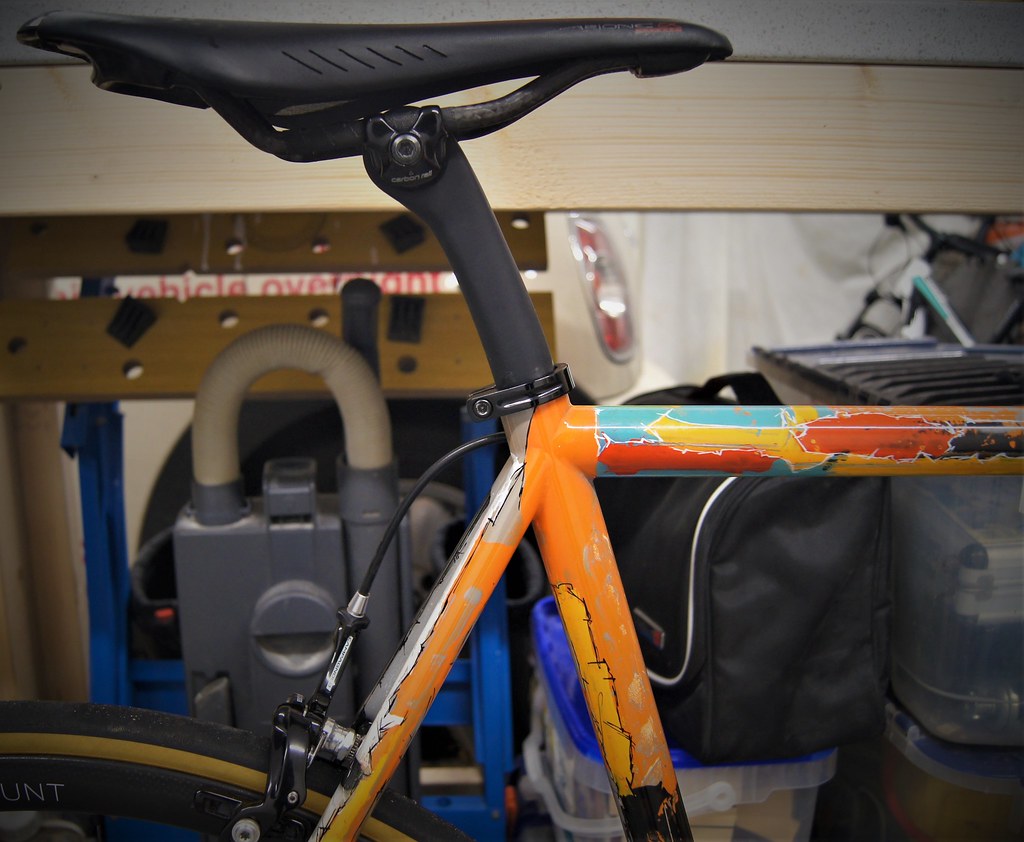 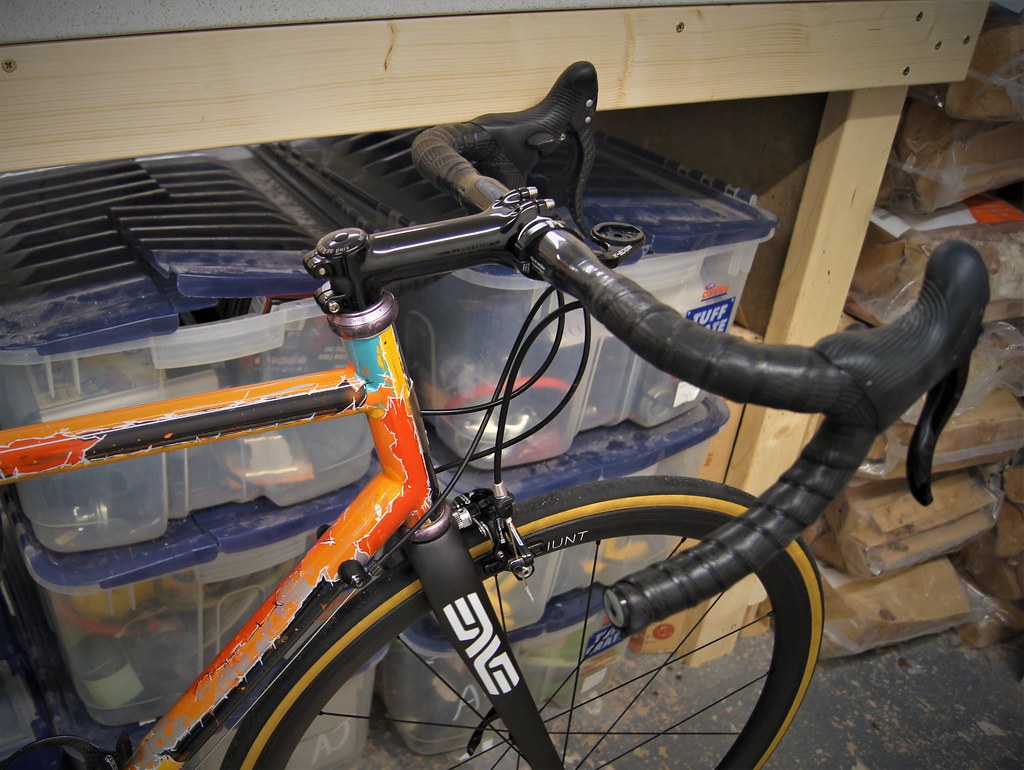 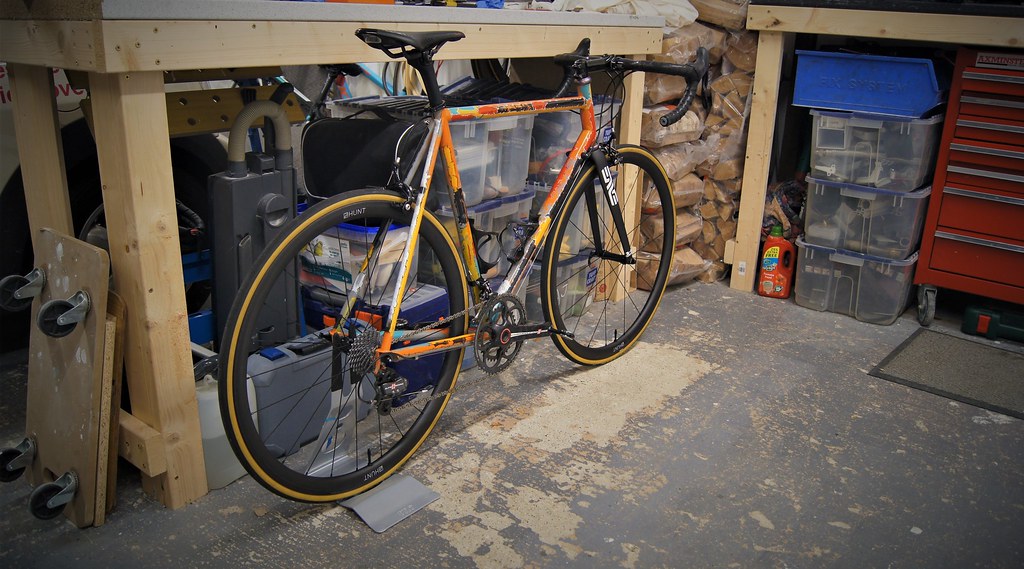 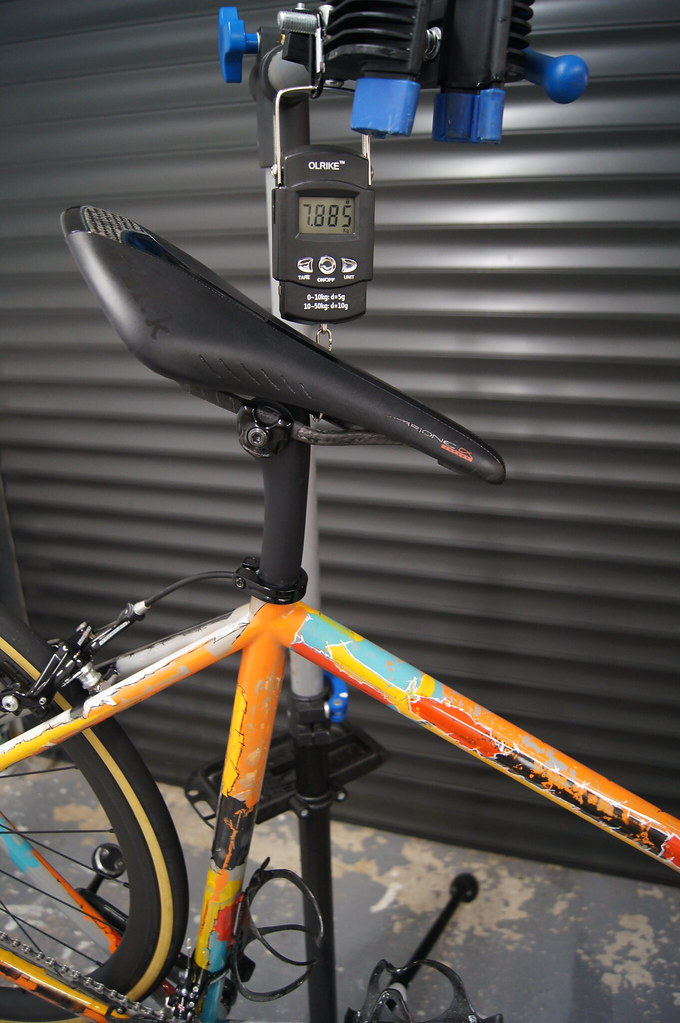 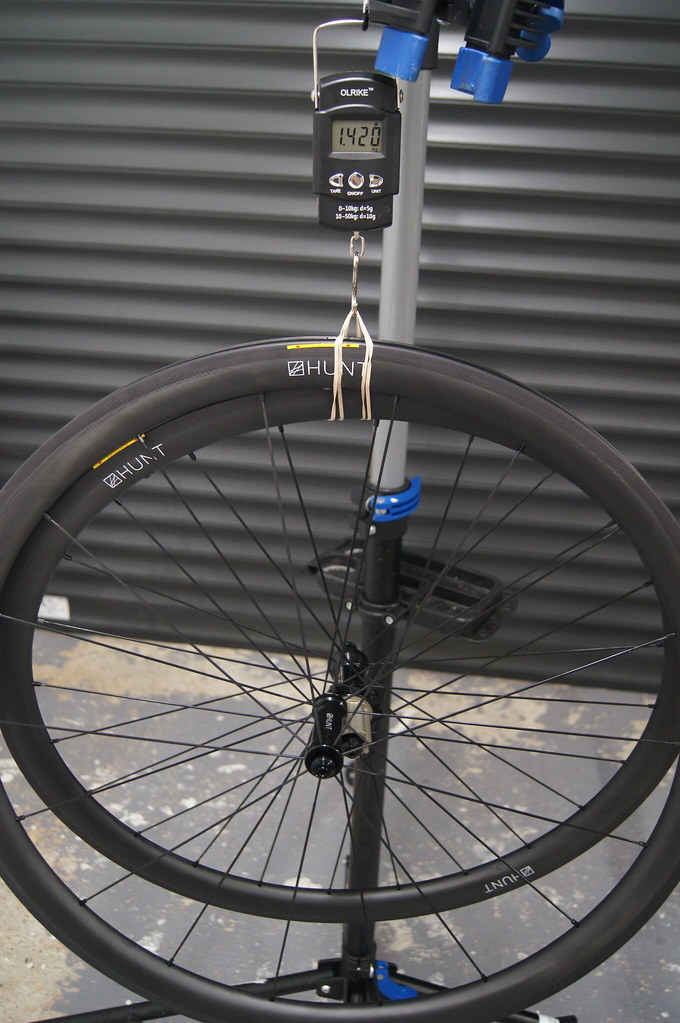 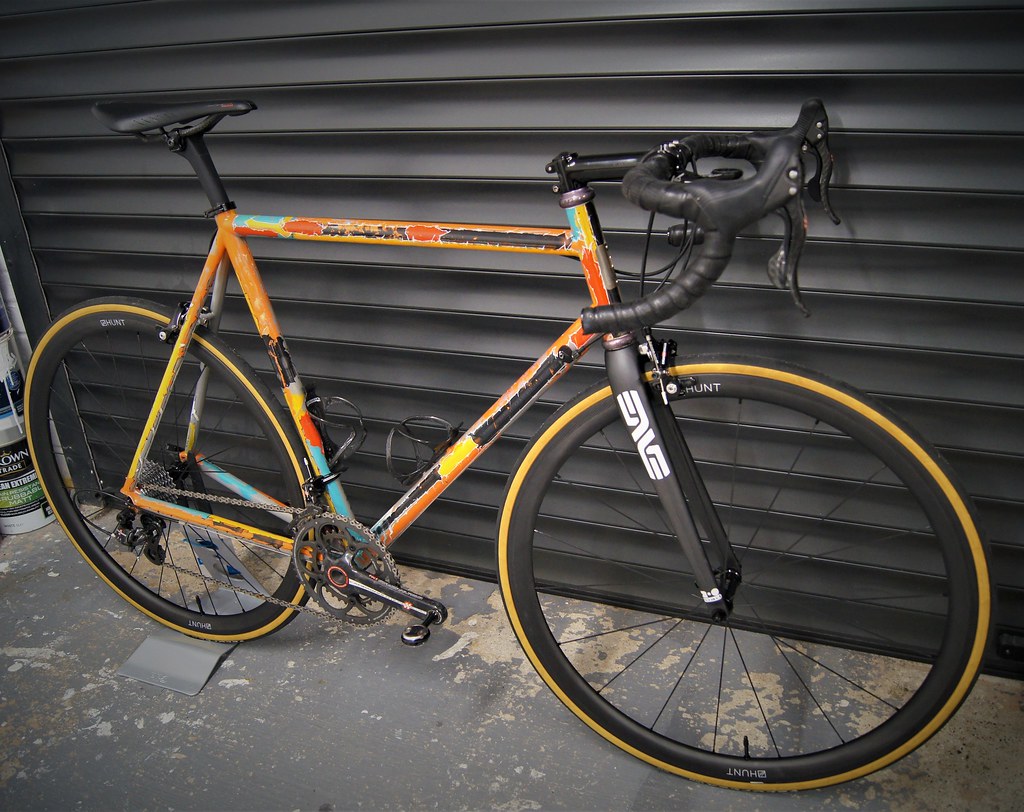 Very nice! Glad this worked out for you!