Now seems as good as any to start a thread on a Systemsix non Hi Mod frame (51cm) I've managed to get a hold of. I've been enjoying my Supersix for several thouasand kms, but the urge for a 'fast bike' has been creeping up on me, and the Systemsix frame gets me. The aim with this bike is to get it low enough to be a true all rounder, and not feel a hindrance on the steeper stuff before reaping the benefits on the flat. 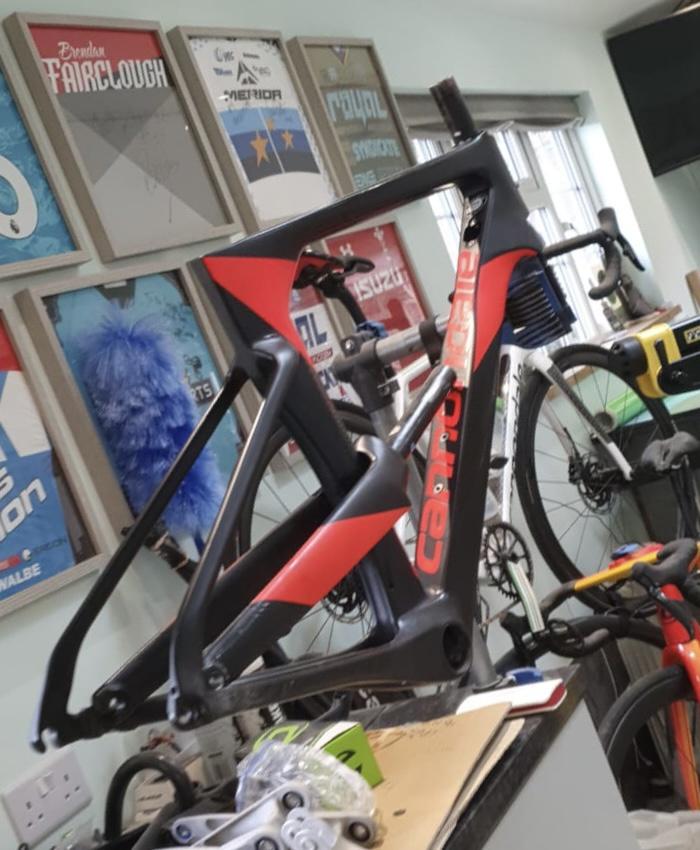 Currently at the painter waiting for a fresh coat. Build will be made up of parts I currently have for the most part.

My sheet is predicting a weight of around 8.15kgs with pedals and mount, assuming the frame comes back slightly lighter from the painter. The asterisked items are things I have to get, and so are open to change. Will update once build gets underway.

Frame was finished at the painters, and although it's hard to capture on photos it came out brilliantly. Calling it brown is a disservice, probably closer to copper or bronze with the logos in a subtle flip. I love it, because it managed to be fairly subtle, whilst being stunning up close or in the sun, just my level of 'bling'. 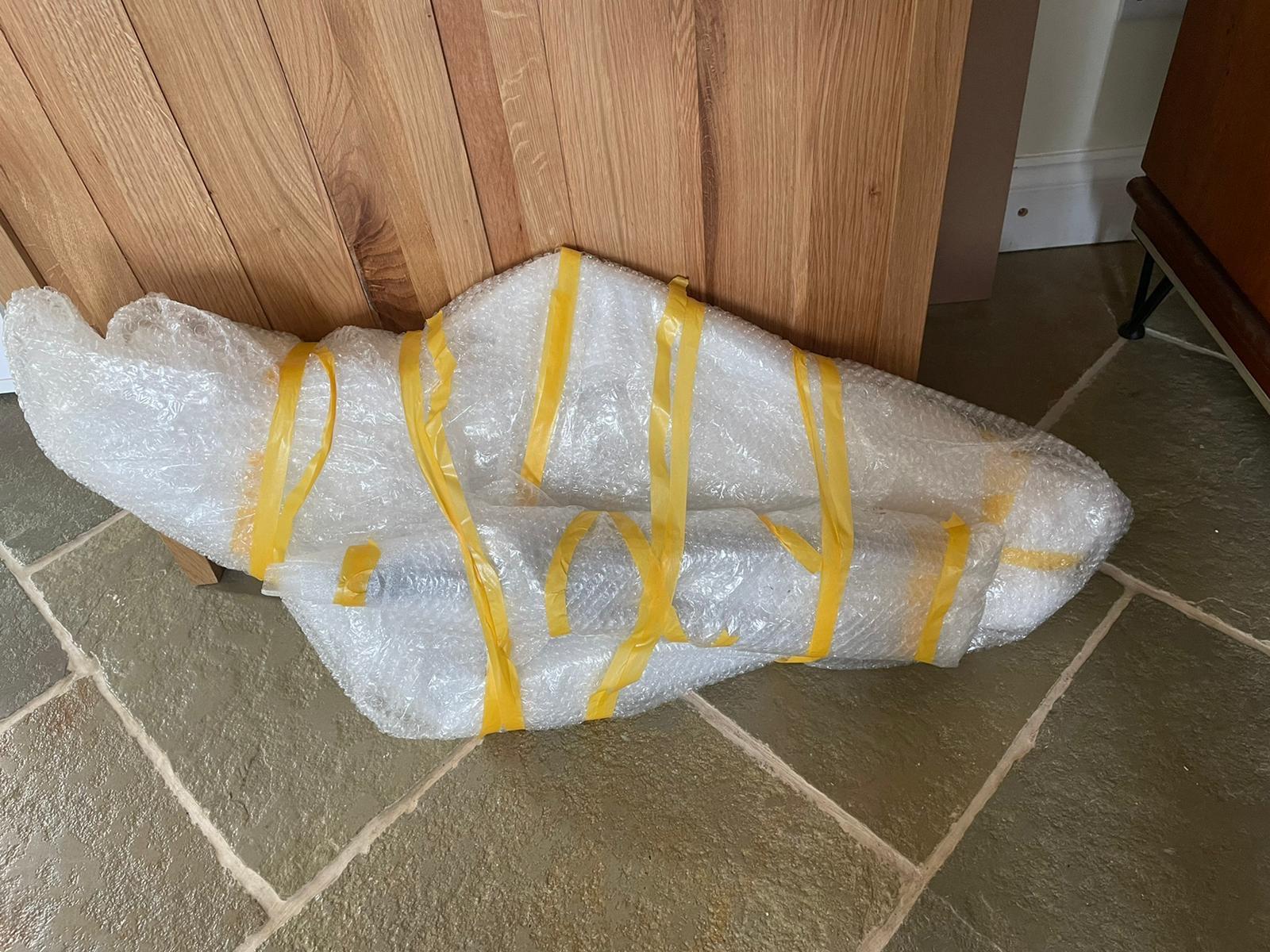 At this stage I managed to bang myself up fairly badly, but that's another story, and build was also halted waiting for parts.

Fast forward a few months and the groupset and 'old' 404s went on. The only change to the original plan for spec was Dura Ace pedals (the 1mm narrower stance is useful for my skinny hips), Fidlock bottle cage to try something different, and re-using the FSA 52-36 chainrings I had in my spares box. 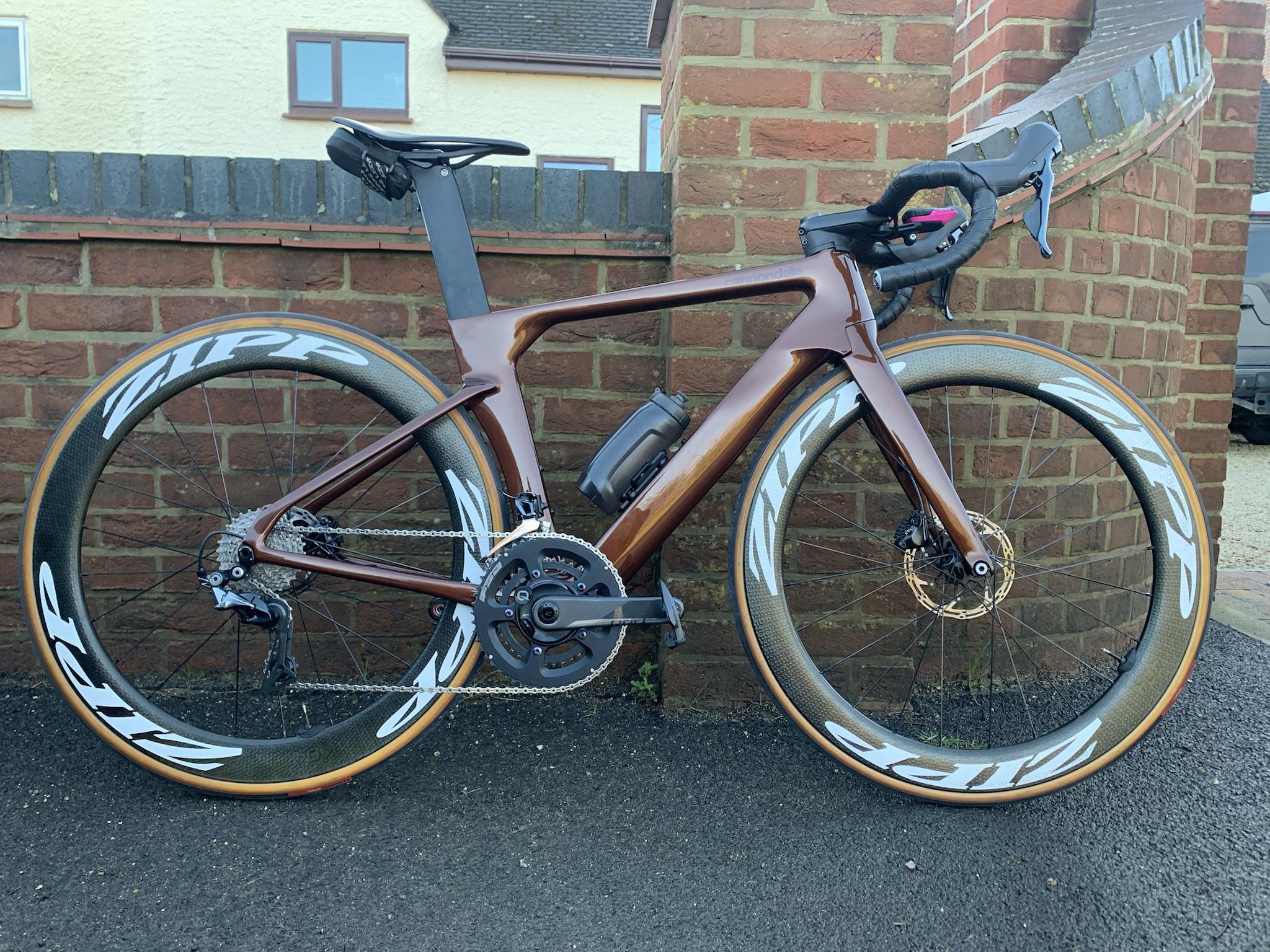 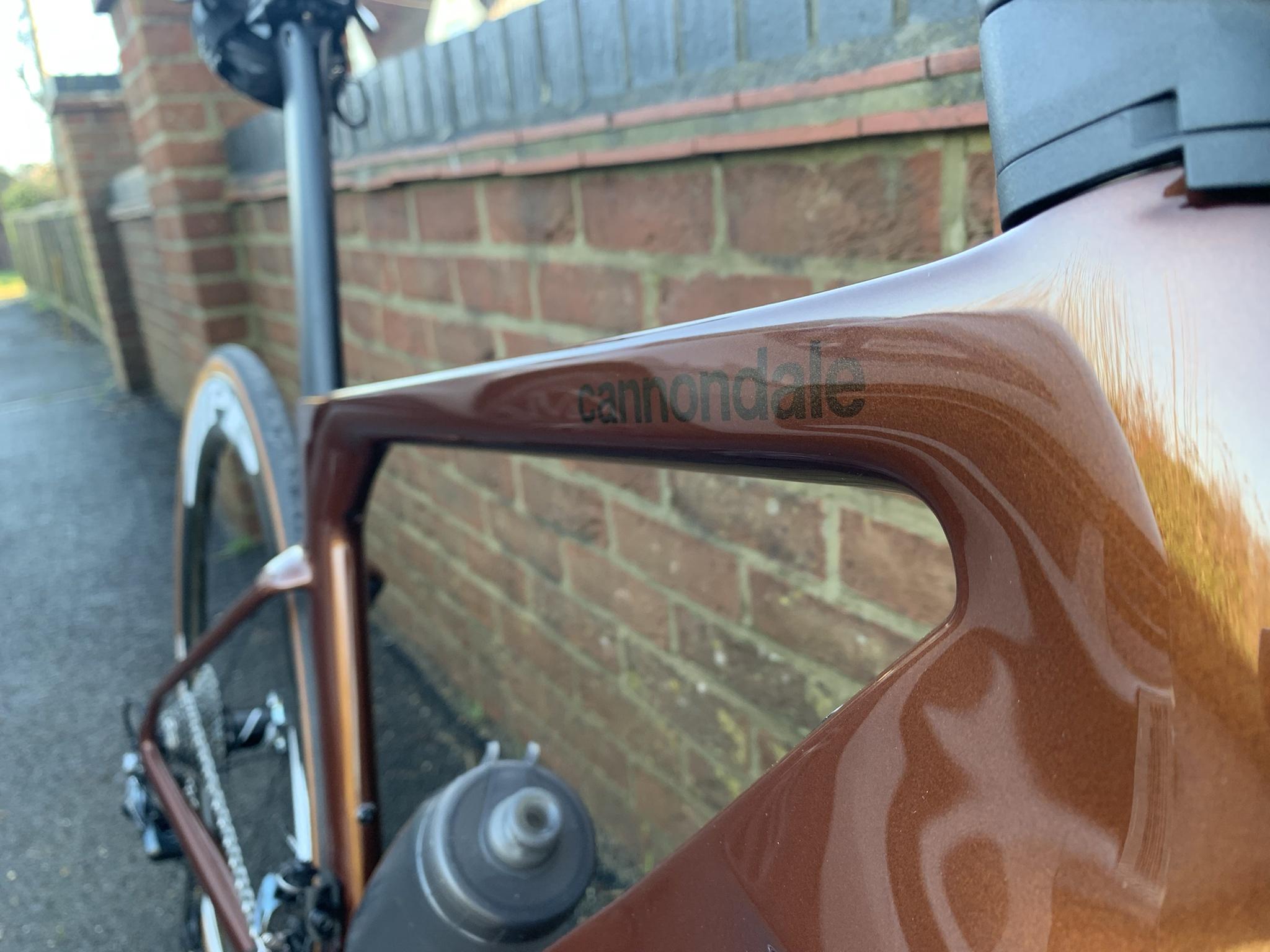 Because of British winter being in full swing (see muddy pics below), he's only been out for a couple of rides. First impressions are it shares a lot of characteristics with the Supersix. Handling feels very similar, needing some weight on the front to get the best from it, though a slightly snappier feel out of the saddle. I also felt a lot of road buzz, but I think this was down to pumping up my tyres in a rush and overinflating. Makes a great sound when pounding along the flat. 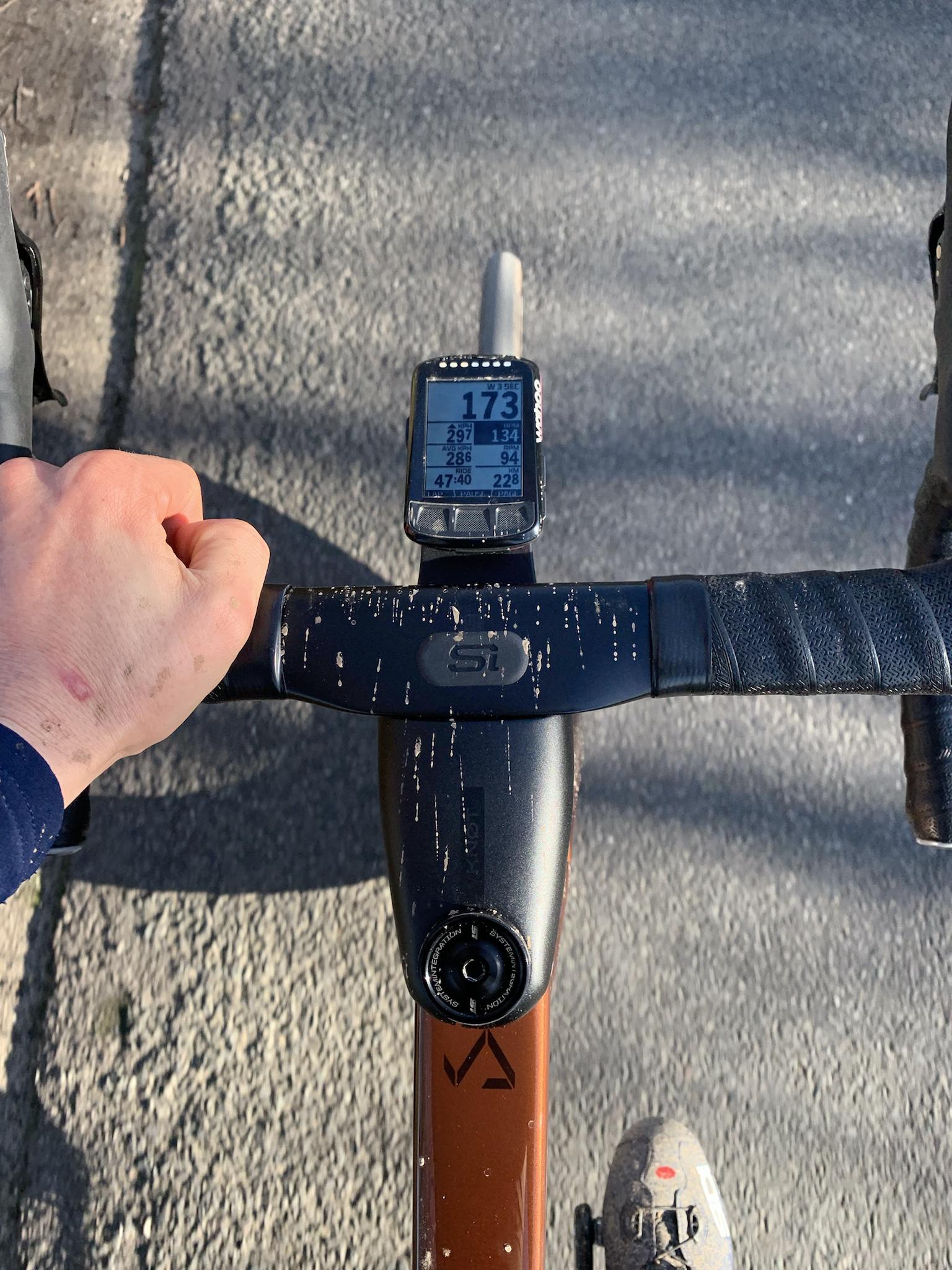 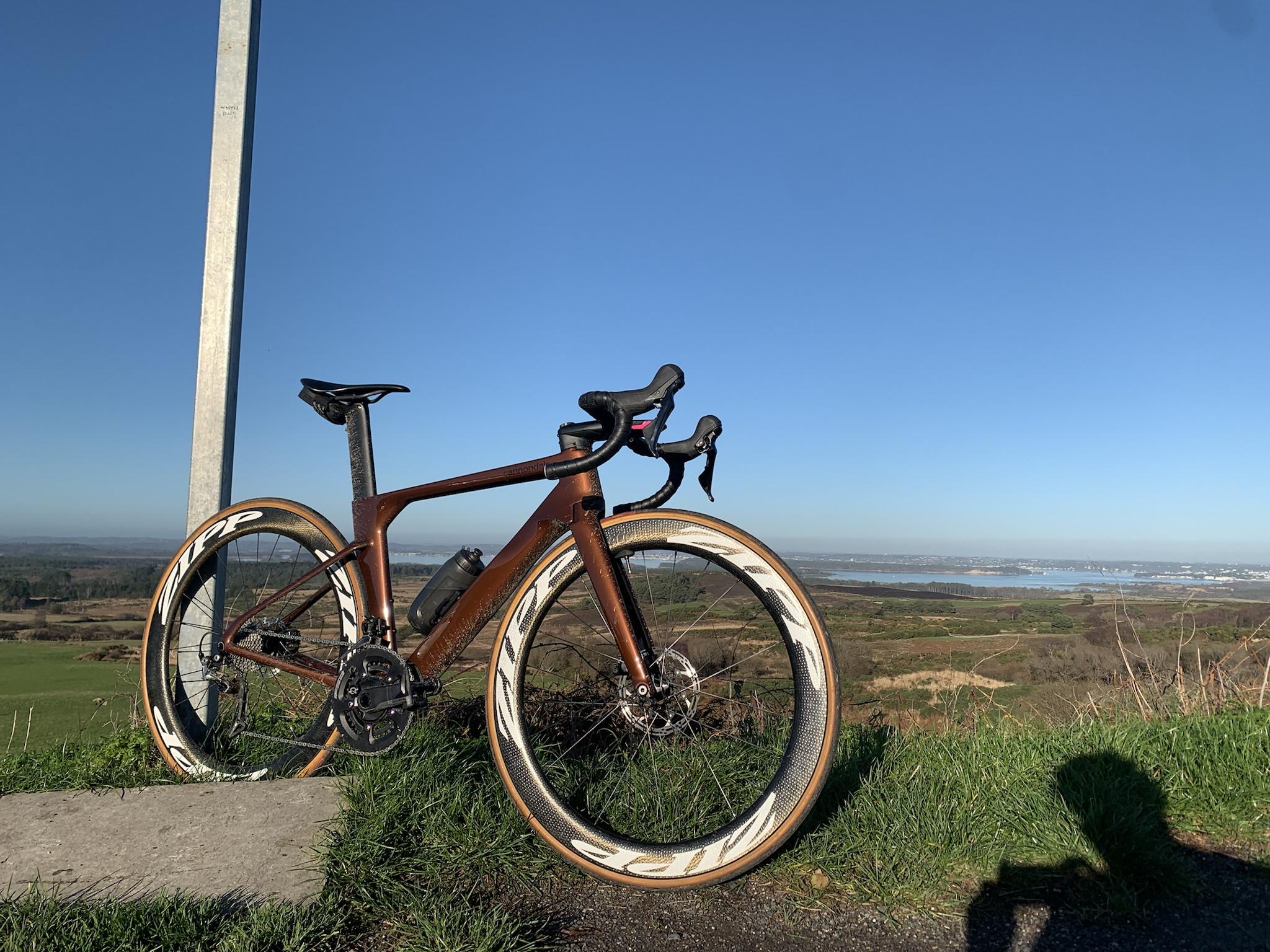 Whilst that was all being built up, the new 454 NSWs arrived on my doorstep, to be paired with 25c GP5000 S TRs. Yep I know it's not recommended, but I'm willing to try it as my pressures are usually a good 15psi below the 72psi maximum. They also have me confident when I nearly had to break a tyre lever getting them on the rim, not much chance they'll slip off by themselves! 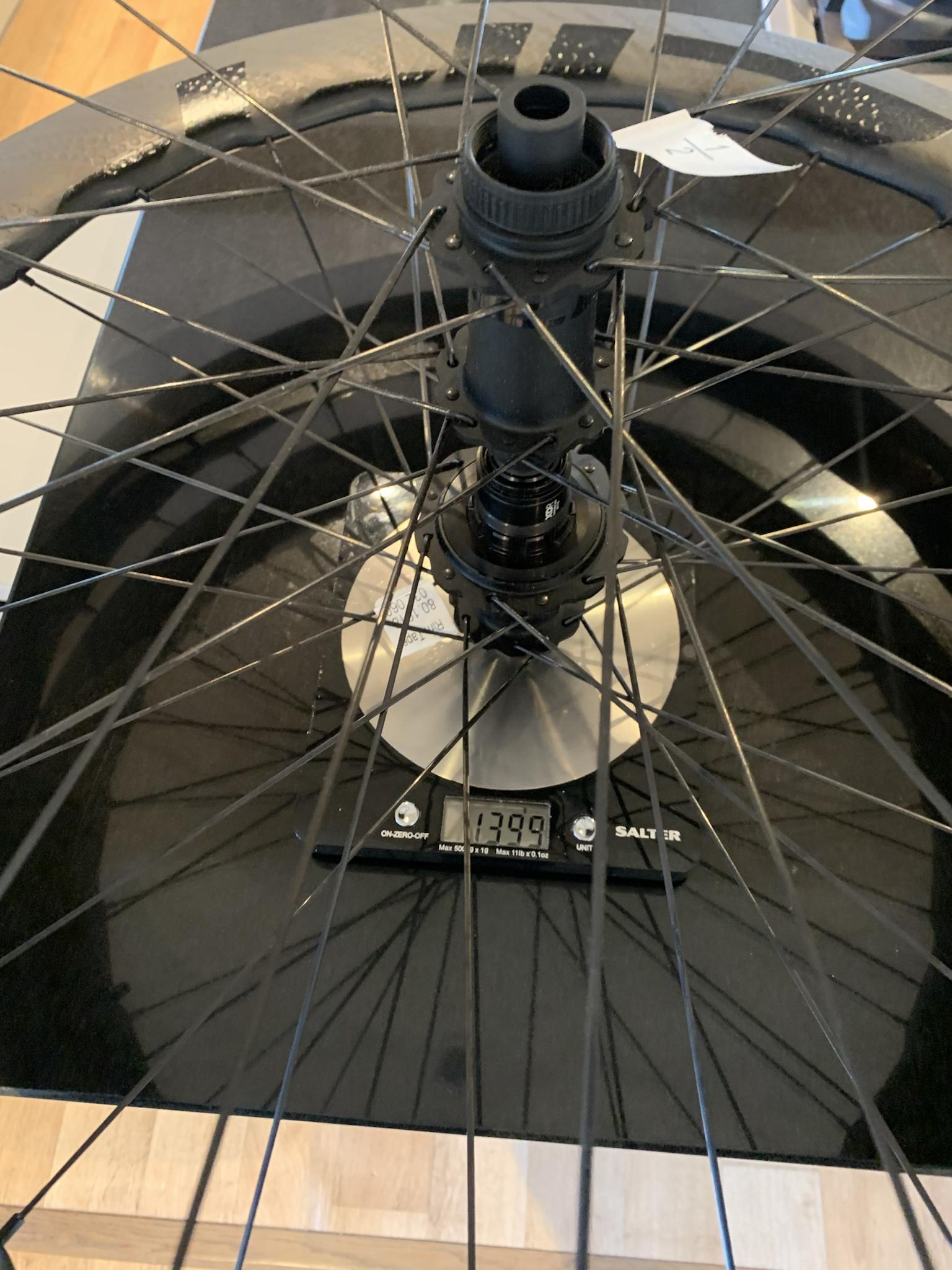 The wheels need a shimano freehub instead of the XDR on currently, which will add 20g, but under 1400g with tape and valves is a-ok with me.

Both tyres came in at 255g on the dot, and measured up nicely to 26.3mm on initial inflation. 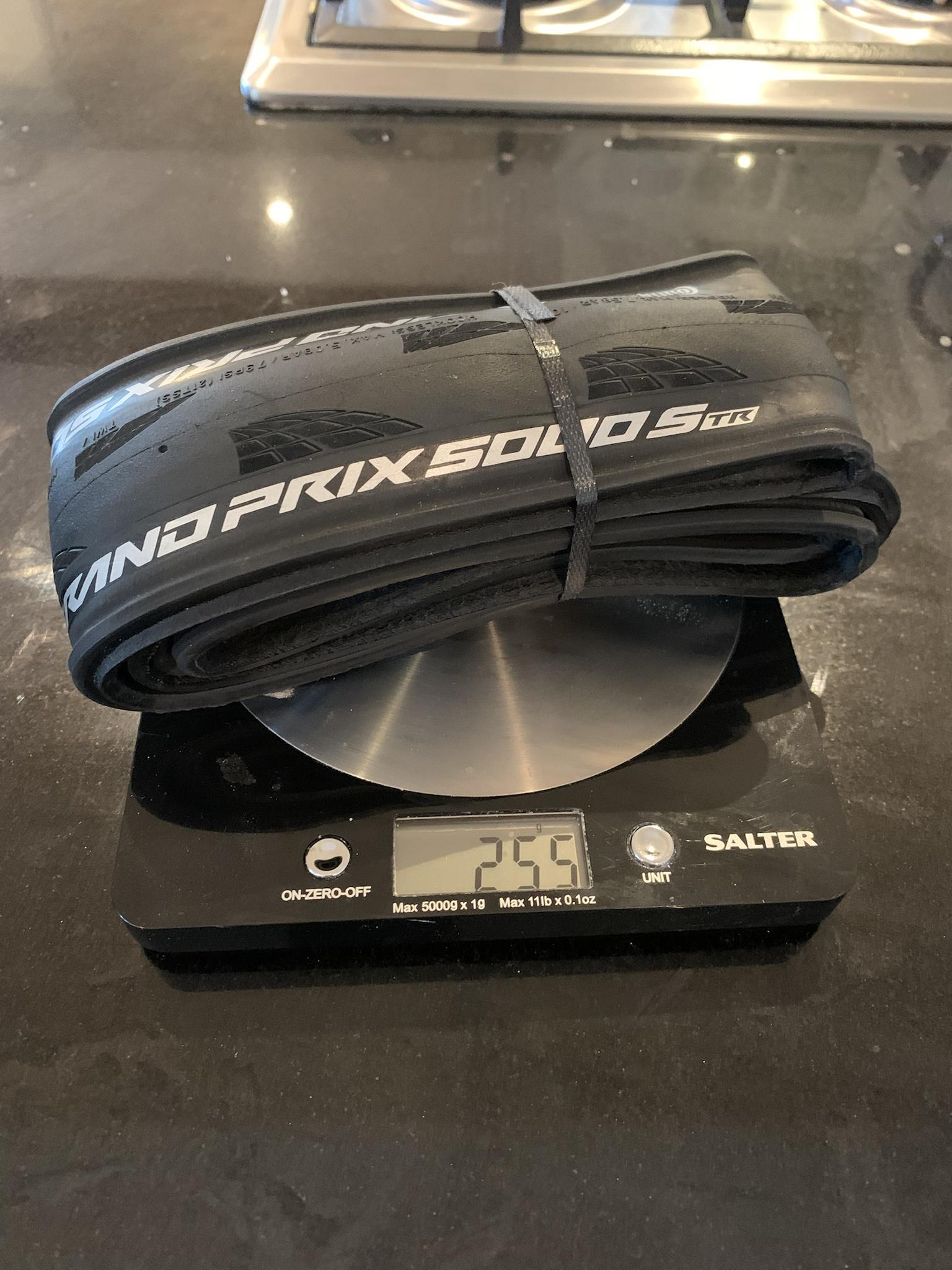 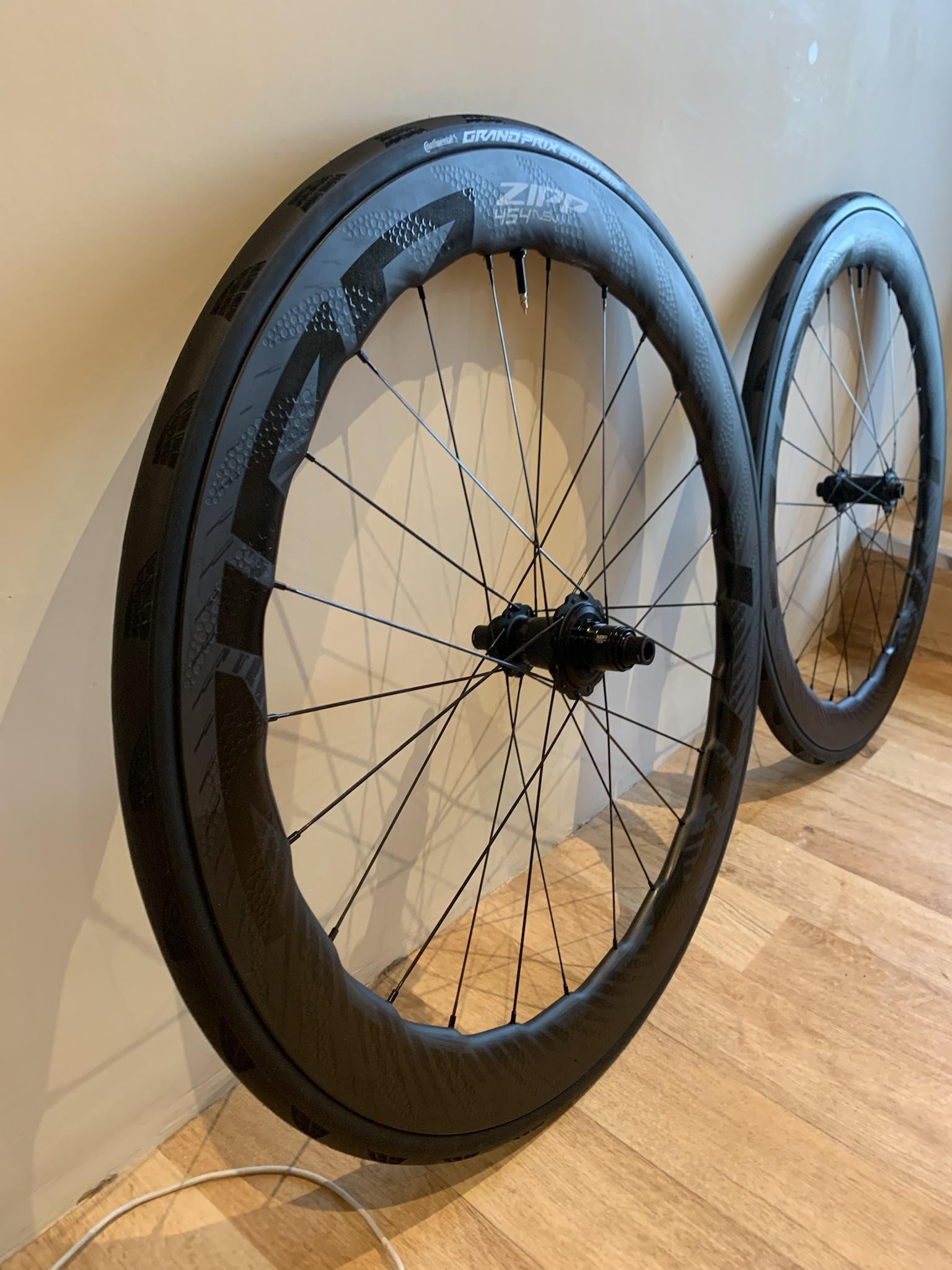 I need the aforementioned freehub before I can fit them, but I think the stealth black will suit the bike more, and bring even better ride quality hopefully with these Zipps... Will be interesting to back to back these with the old gen 404s, even with different tyres. Seeing how the 25c width handles on such a wide internal rim is an experiment as well, if they don't feel right I may go wider.

Weight is estimated to come out around 7.67kg once the 454s are on, though a big unknown is the frame weight, as I failed to weigh it before build. More fun leaving a bit of unknown in the game anyway...

Thank you, that was certainly the intent!

Sent from my SM-G781U1 using Tapatalk

The best "brown" bike I have seen!
Top

I've been held back by missing the correct freehub for the 454s, but got tired of waiting (no ETA yet) so put a Sram AXS cassette on just so I could ride the damn thing. 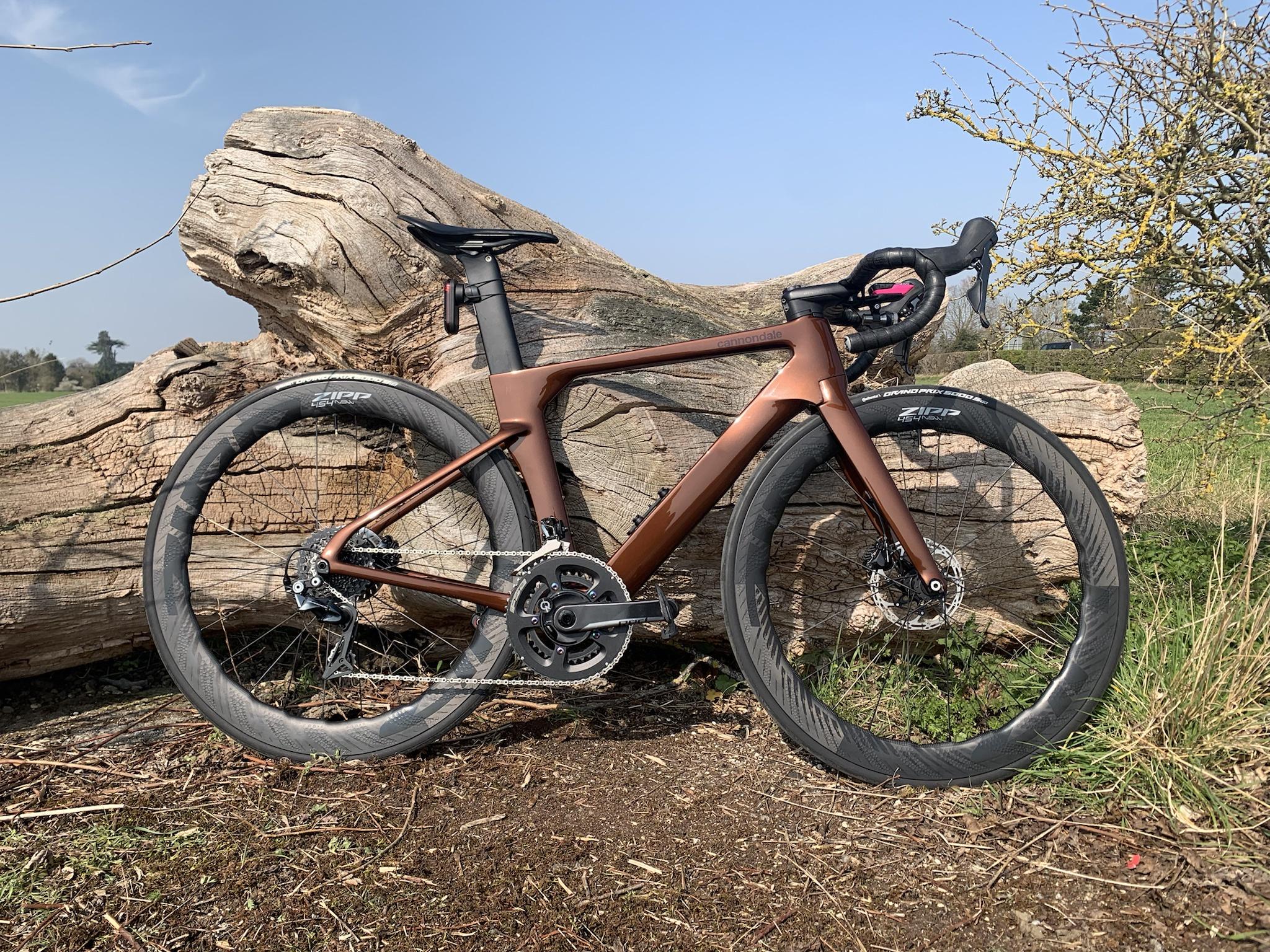 First impressions are just as I'd expect for a mid depth wheel on fast rubber. It was a bit of a windy day, and it felt like it cut through pretty darn well, but wasn't completely immune to gusts. I didn't take on any hills but it has definitely dropped some chub compared to the old 404s which are a good 300g heavier.

The contis also felt 'fine', certainly not a disaster in terms of comfort or grip, and the road quality around here is pretty poor. I couldn't tell you if they were any quicker or slower on this short ride than the Corsas I ran the day before. I ran them a few psi higher than the Sram calculator, but will drop them for next time.
Cannondale SSEvo3 'Atticus' - 7.2kg
viewtopic.php?f=10&t=161634

Beautiful paint! Reminds me of the Porsche "mahogany metallic," which looks great on modern 911s!
Top

Have had a few people asking how the 25c Contis perform on such a wide rim, and I've now been out enough to get a feel for them. My first impression is that the Conti definitely doesn't deal with rougher tarmac as well as Vittoria Corsas, though general road buzz is less the issue, more cracks and bumps in the tarmac which jar a bit more. Cornering hasn't really been an issue, but like all tyres I compare to the Corsas, I 'feel' less, even if grip might be similar. Overall I'm keeping them for now as they seem fast and good all rounders, but I'm leaning towards going back to Vittoria or Spesh to trade some speed for some plushness. Just makes the tangible riding experience so much better. And, as a reward for your patience reading my ramble, more pics: 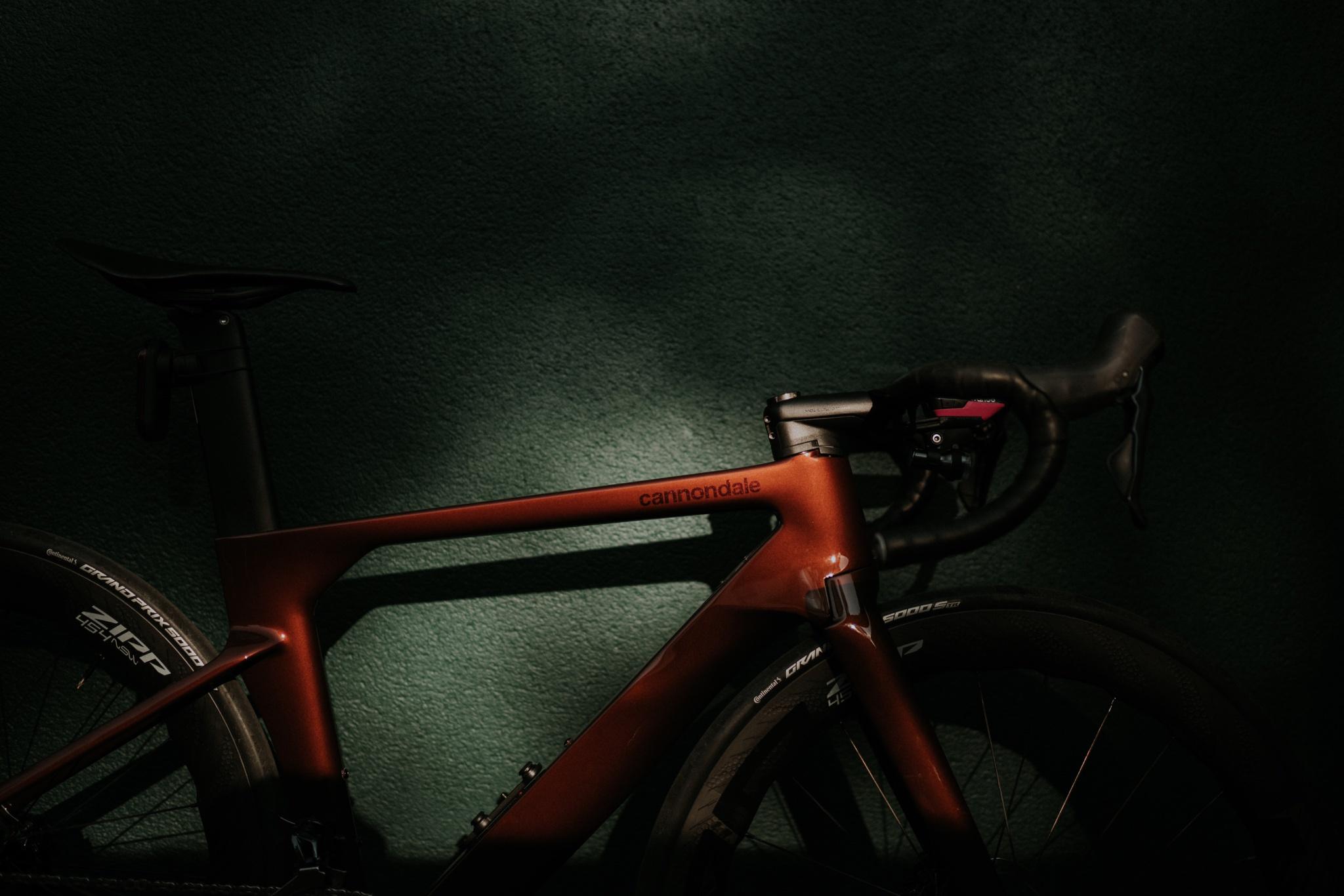 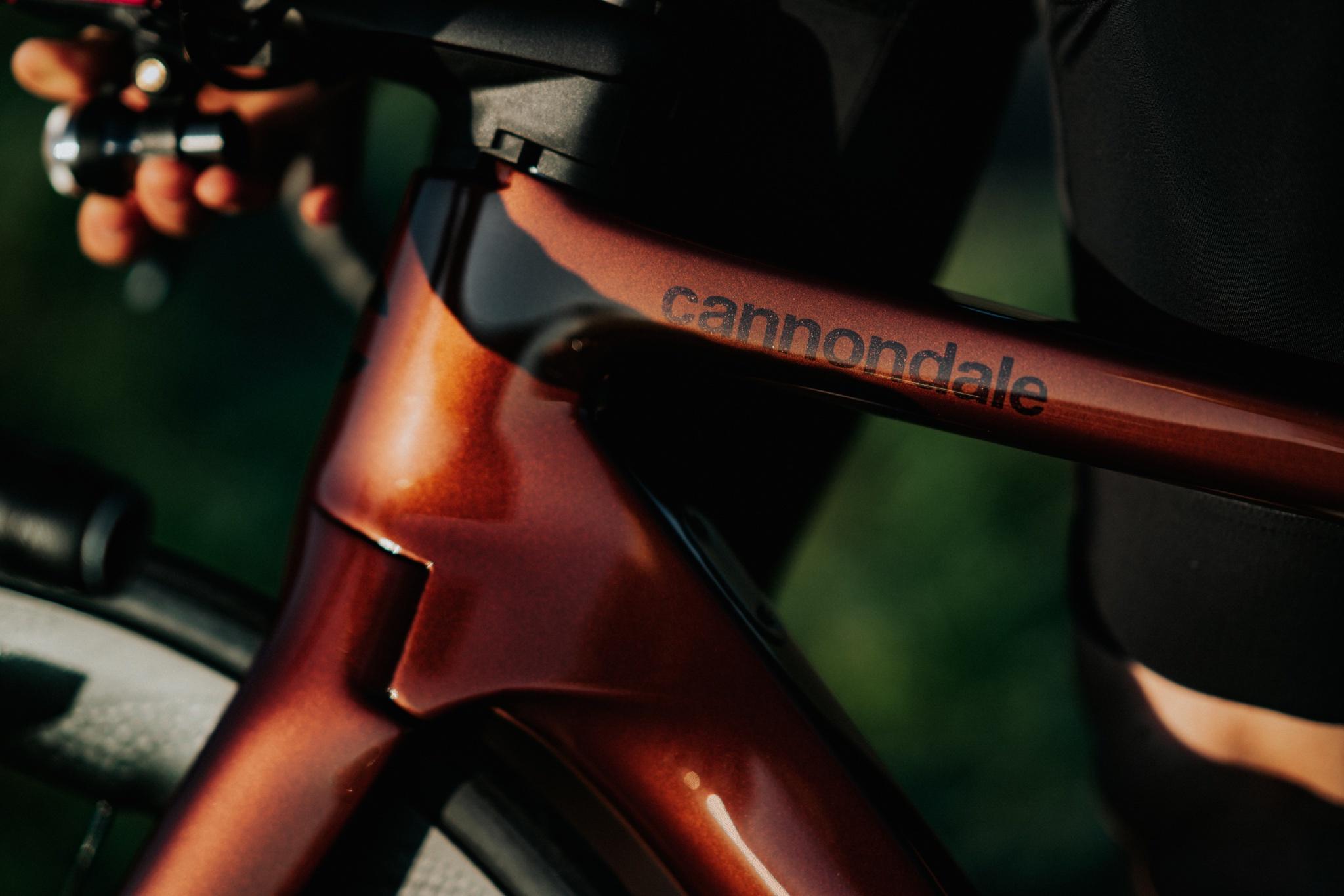 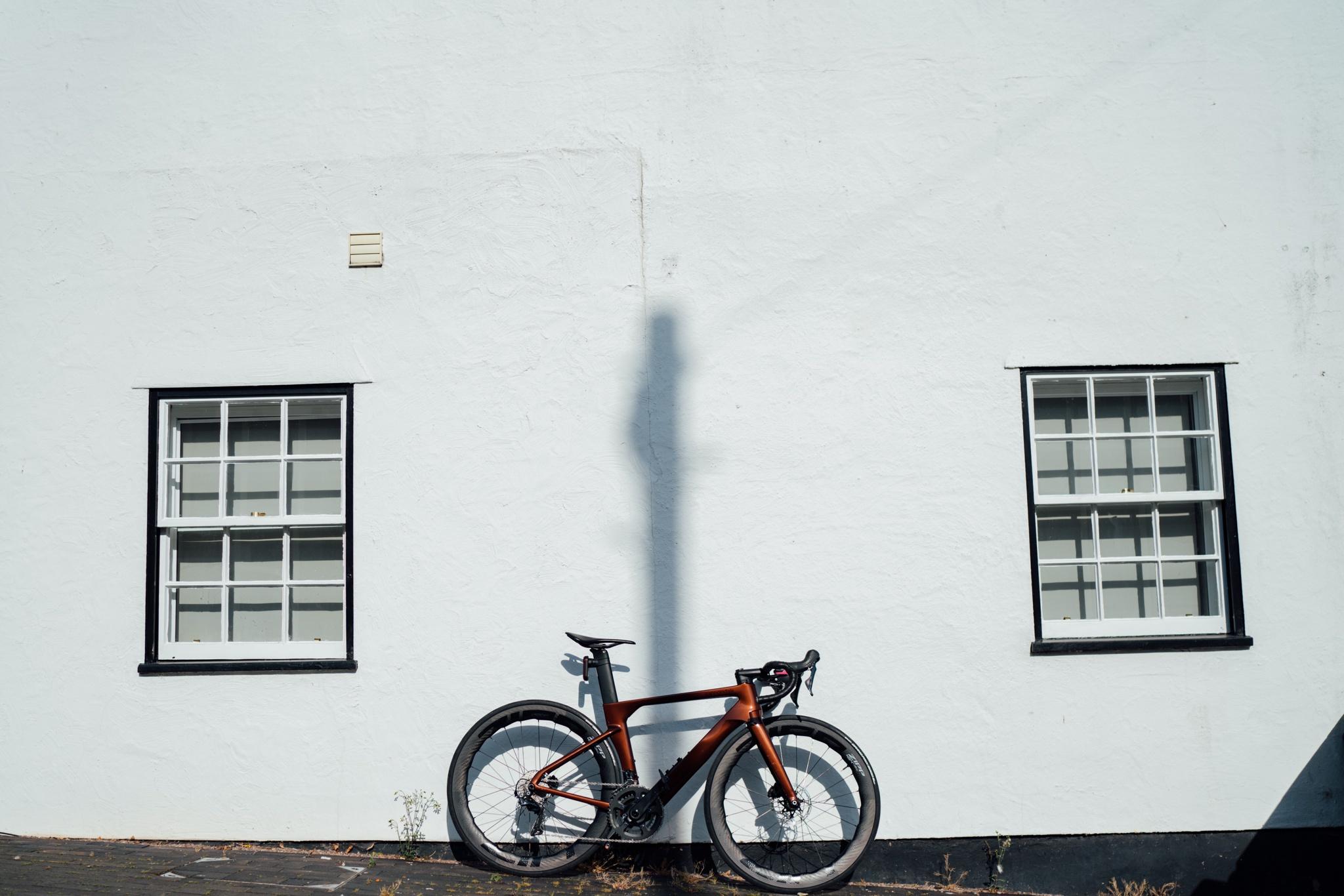