Got an email this morning saying "We are starting production on your frame within the next two weeks!". I'm guessing this means another month of waiting but maybe Andrew will surprise me some more. Annoyingly the Veloflex Corsa TLR Evos that I was planning on using didn't seat onto the 3.4 ARs without a floor pump so I'm just going to be using some Pro Ones for now. The don't seem to be a good choice on these rims anyways according to Tamu8104's experiences on his 4.5ARs. I updated the spreadsheet above, weights in blue have been weighed and black is a guesstimate. As you can see, that weight is pretty disgusting but includes an uncut steerer. My goal was to get below 16lbs which should be fairly easy if I decide to swap to the 11-32 cassette option with a SRAM 1190 11-32 cassette instead of the SROAD 10-36 and the lighter veloflex tires which I couldn't setup at home.

Additionally, I've changed the geometry of the bike entirely so that it's a little bit higher and longer than I originally planned. I realized that I don't really want to be that much lower than my previously Allez sprint and I would be compromising handling and comfort significantly. This also means I will need to get a 120mm stem which will add even more weight.

As per working with Andrew. I still would like to believe that he is a genuine person and would not like to badmouth him anyway. After talking to him, it sounds like this entire situation was out of his control. Anything that I wrote above was hot-headed and filled with emotion. He has updated the ETA on his website from 2-3 months for a lowkey frameset to 6-7 months. He wouldn't let me cancel my order and while I was considering a credit card chargeback, I think this bike will be worth the wait for me. I also have had a bunch of opportunities recently to pick up a 3T Strada or a Tarmac SL7 frameset for super cheap but they both wouldn't fit the exact way that I would want them to, a common problem in smaller sized framesets. There is something special feeling about a custom frame designed just around you from a local builder I guess.

This also means that I should be getting a new mountain bike and a new road bike within a week of each other. But then again, who knows with Andrew.
2021 S-Works Epic Evo - 9.8kg | Cervelo Aspero -7.9 & Low Bicycles Custom ~7.4? | Bad instagram content
Top

Sounds like very poor behaviour on the framebuilders part to be honest, not offering a refund, which for me would take them off my list instantly (if I were in the US, looking for a builder "in country"). Wouldn't want to a) deal with crap or b) be reminded of crap every time I ride it. It's meant to be fun.
Top

So a LOW can be ordered full custom?
Bikes:

robertbb wrote: ↑
Thu Aug 20, 2020 12:14 pm
Sounds like very poor behaviour on the framebuilders part to be honest, not offering a refund, which for me would take them off my list instantly (if I were in the US, looking for a builder "in country"). Wouldn't want to a) deal with crap or b) be reminded of crap every time I ride it. It's meant to be fun.

Agreed, bad business practice imo. I don't care how good of a framebuilder he is.
Top

icantaffordcycling wrote: ↑
Fri Jul 03, 2020 7:45 am
Got an email this afternoon from Andrew saying that his latest batch of chainstays was defective. My frame has been pushed back to an expected ship date of october 5th. Not having a road bike for these last 4 weeks has REALLY sucked. The only thing keeping me excited was the idea of getting a custom frame handbuilt by one of the best frame builders in the country.

I am not sure what to do right now. His email said nothing about the option for a refund. Obviously I really support Andrew and paid for his frame the first time but I am not sure if I should ask for a refund. Being a student working a minimum wage job I can't afford another bike for the next 3 months. I am leaning towards asking for a refund tomorrow.

I already bought items specific for this bike: bottom bracket, seat post, fork, headset(s). This is so incredibly frustrating and I have no idea what to do.

But yea. Most likely I am going to ask for a refund and cry myself to sleep.


Any updates? I hope that there's a quick turnaround and you got your frame in time.
Top

Yep. Mine has completely custom geo and a custom HT for the 1.25" fork.

Andrew tells me it's getting built next week. I don't know when I will have time to pick it up though because he only works on weekdays.
2021 S-Works Epic Evo - 9.8kg | Cervelo Aspero -7.9 & Low Bicycles Custom ~7.4? | Bad instagram content
Top

Yep. Mine has completely custom geo and a custom HT for the 1.25" fork.

Andrew tells me it's getting built next week. I don't know when I will have time to pick it up though because he only works on weekdays.

That's good if you get a bike. It seems like a bit of a drag reading this.
What does it cost in custom?
Bikes:

Do you know the reason for this delay?
I haven't seen any info that he does custom.
What did you do in terms of changes from a stock frame?

I have long time contemplated a metal frame.
How does these new alu frames ride?
They should be quite light i guess?
My latest Ti frame was really heavy. I think it was close to 1900g with a BB installed.
Bikes:

Will this bike ever be completed?
Top

the whole city and state he operates in is burning to the ground.
add in covid, material delays, lack of man power and other restrictions on businesses in california.
delays should not be unexpected at this point, it is 2020 after all.

not making this political so i hope you don't either
The New: BH http://weightweenies.starbike.com/forum/viewtopic.php?f=10&t=117760
Top

The point of my post was to clown on icantaffordcycling, thanks for the explanation about a pandemic, I wasn’t aware!
Top

tonytourist wouldn't leave me alone for not having a road bike and I'm sick of waiting. I just ordered a Cervelo Aspero in size 51. It's a little bigger than I would usually get but it's more aesthetically pleasing and I think I won't mind the 30mm of extra stack on a gravel/zwift/beater bike. My current employment and living situation means that switching out bikes isn't a big deal.

Temporarily, I'll put the ENVE 3.4ars from this build on that bike. I'll order some of the new i9 101 gravel wheels as a dedicated gravel wheelset for that bike.
I didn't make a separate thread because the Aspero is not a frame-up build and I won't have weights for anything on that bike. It's not going to be cool enough to warrant its own thread. Should be here in around 12 days and hopefully, the smoke will clear before then and I can get some more hours on the Epic and this one. Worst case, at least I'll be able to ride the kickr with the Aspero.

I have no updates from Andrew on the frame and I don't want to deal with him right now. I've been going through some things these last couple of months and this entire situation with my road bike has just compounded that.

@wpcrunner - I honestly don't want to respond to your comment but here it goes anyways. The fires haven't affected his business at all. If you take a look at the original ETA and the current date, you will understand that this has been going on for way too long. There are no business limitations, he's always been a 1-man team, and he has no material delays. It is what it is.
@wheelsonfire - Custom ht tubing for the ENVE fork, completely custom geo. Obviously, I have no idea about the weight or ride feel yet.
@tonytourist -

I also bought an ENVE aero stem and mount for the LOW. I'm still undecided on the looks but it doesn't hurt to try. Obviously it will add some weight but I gave up on trying to get this bike under 16 lbs anyways. Oh, I also recieved the direct-mount hanger from paragon machine works for it.
2021 S-Works Epic Evo - 9.8kg | Cervelo Aspero -7.9 & Low Bicycles Custom ~7.4? | Bad instagram content
Top

Better photos tomorrow maybe, realistically I'll get it unpresentable before I feel like taking photos. 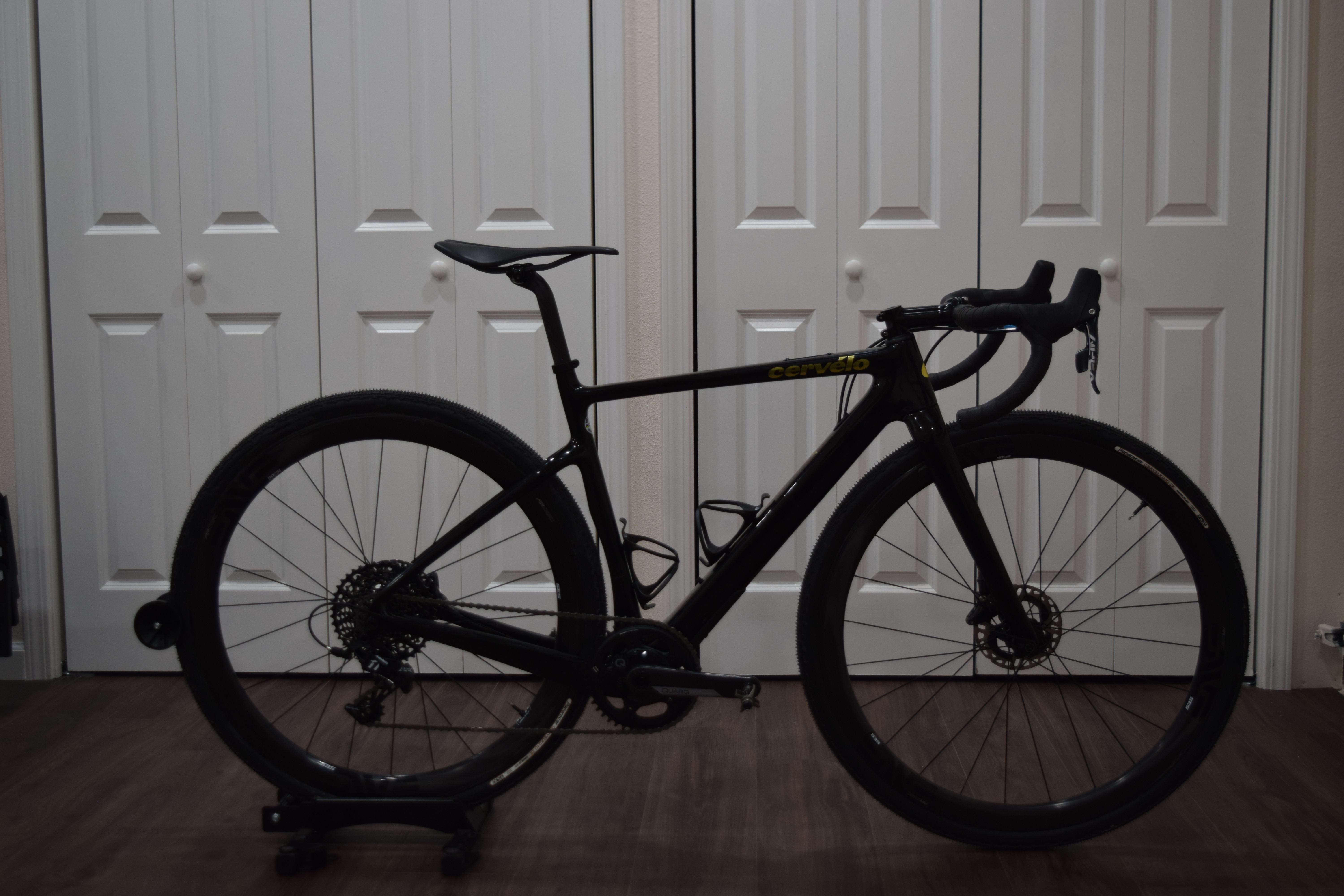 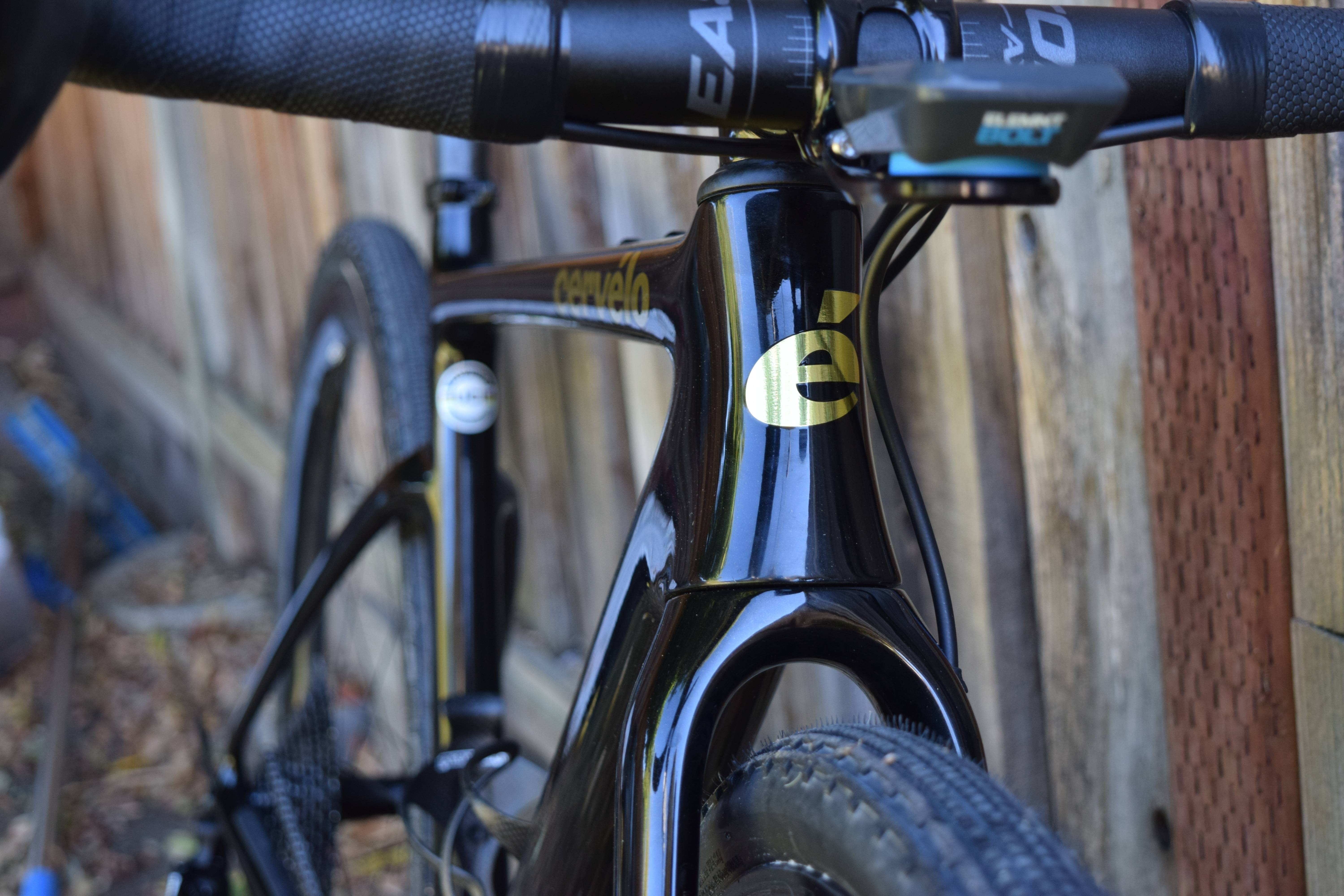 Pretty happy with how it came out (other than the bars, I'll get to that later). Cassette is a XG-1195, rotors are 140 xtr. No idea on the weight overall but I'll weigh it when I get the dedicated wheelset I ordered for it. The cable/house routing looks really good too.
For some reason, these bars are a lot like 3T ergonovas where the bottom where the drop ends isn't flat unless the ramps are pointed significantly downwards. This basically means that the bars have to go. I didn't bother un-taping and re-taping them to fix the shifter position when it's pretty obviously going to be horrible regardless of what I do. I haven't ridden 40cm bars in a while but there is no way I could ride a bar that wide.
2021 S-Works Epic Evo - 9.8kg | Cervelo Aspero -7.9 & Low Bicycles Custom ~7.4? | Bad instagram content
Top

this is the first tiny aspero i've seen and man does it look good!
Strava
Top
Post Reply
40 posts