Last year I decided to build something new, a nimble rim brake bike. Coming from an Orbea Terra for CX and a Yishun R-15D that satisfies my aero needs, I have my fair share of disc brake experience. Maybe that’s why I wanted to try rim brakes, again.
So, what was the plan?
I didn’t set myself a budget but I had no intentions to, let’s call it, “overdo” it. Below 6kg was my goal. I prepared a build list with some safety margins and saw that sub 6kg was realistic. But the build wasn’t going to be spectacular since I wasn’t into buying ultralight stuff and/or stuff with big logos on it. Not always easy for me to draw the line where and how much I’m willing to spend. Of course, everything counts but there were some products that contributed a lot in reducing the weight, in my case the crankset and the wheels. And some low hanging fruit like Kalloy Uno stem and Helix seatpost.

It all started with a frame. I did a lot of research and narrowed it down to a shortlist. Some second hand, some open mould. It boilt down to a soon-to-be retro FM066SL. I asked Dengfu if they had one without paint or paint damage since I planned to remove that anyway and to my complete surprise they confirmed. A painted frame with some scratches on the down tube and a fork with unfinished paint. After they showed me some pictures of the frame on the scale I said yes, please send 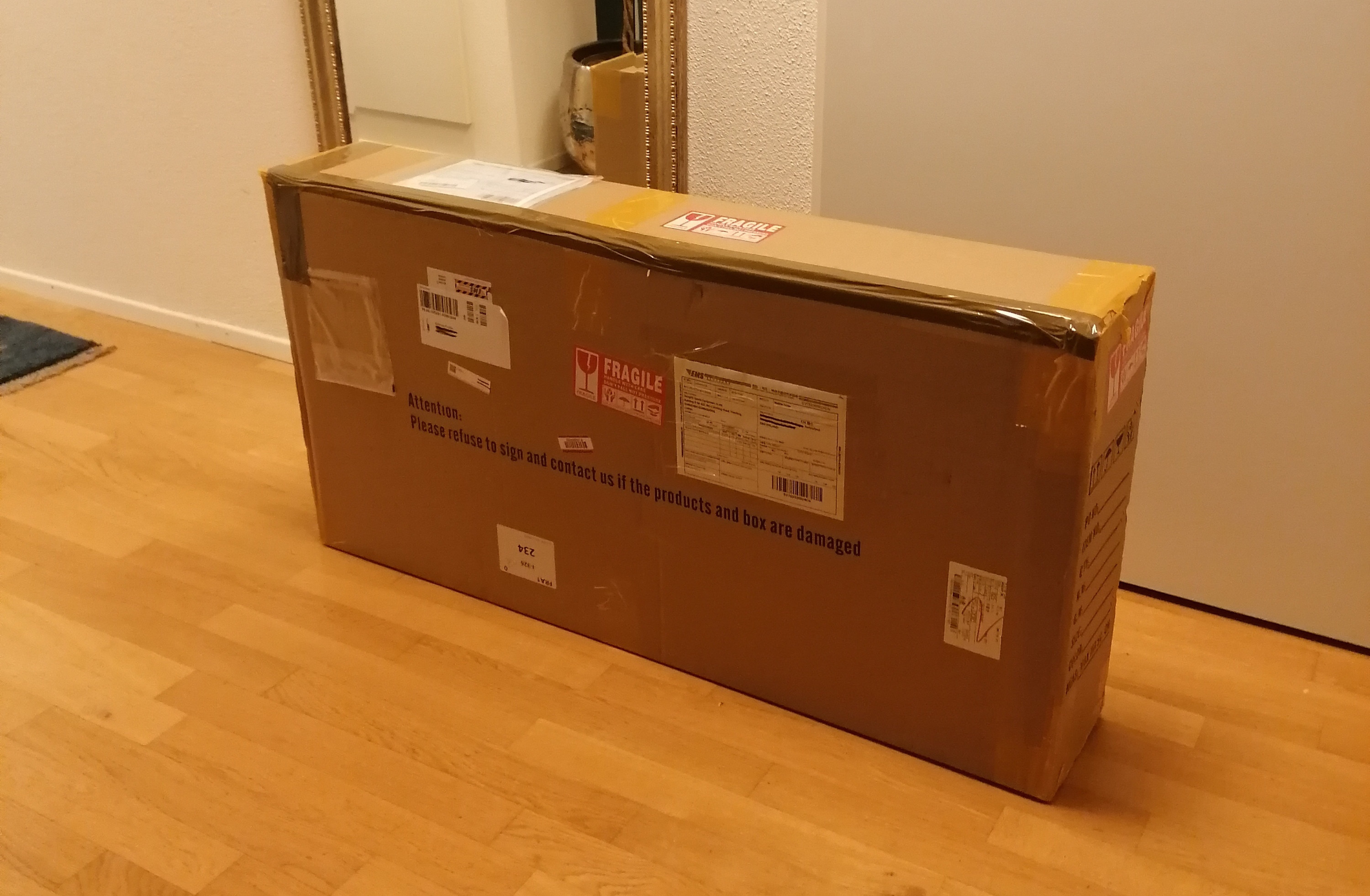 Why an FM066SL? I like the classic look, the weight is ok plus, most importantly, the geometry suits me well. And I absolutely wanted a BB30 bottom bracket. Because weight

I checked the weight of the frame upon arrival before the fun stuff started. Stripping the frame and fork. Oh baby… That was a royal PITA... But also extremely rewarding when finished!
Bare frame started at 815 gr. I got myself some razor blades and started by using the commonly known 90° scratching technique. 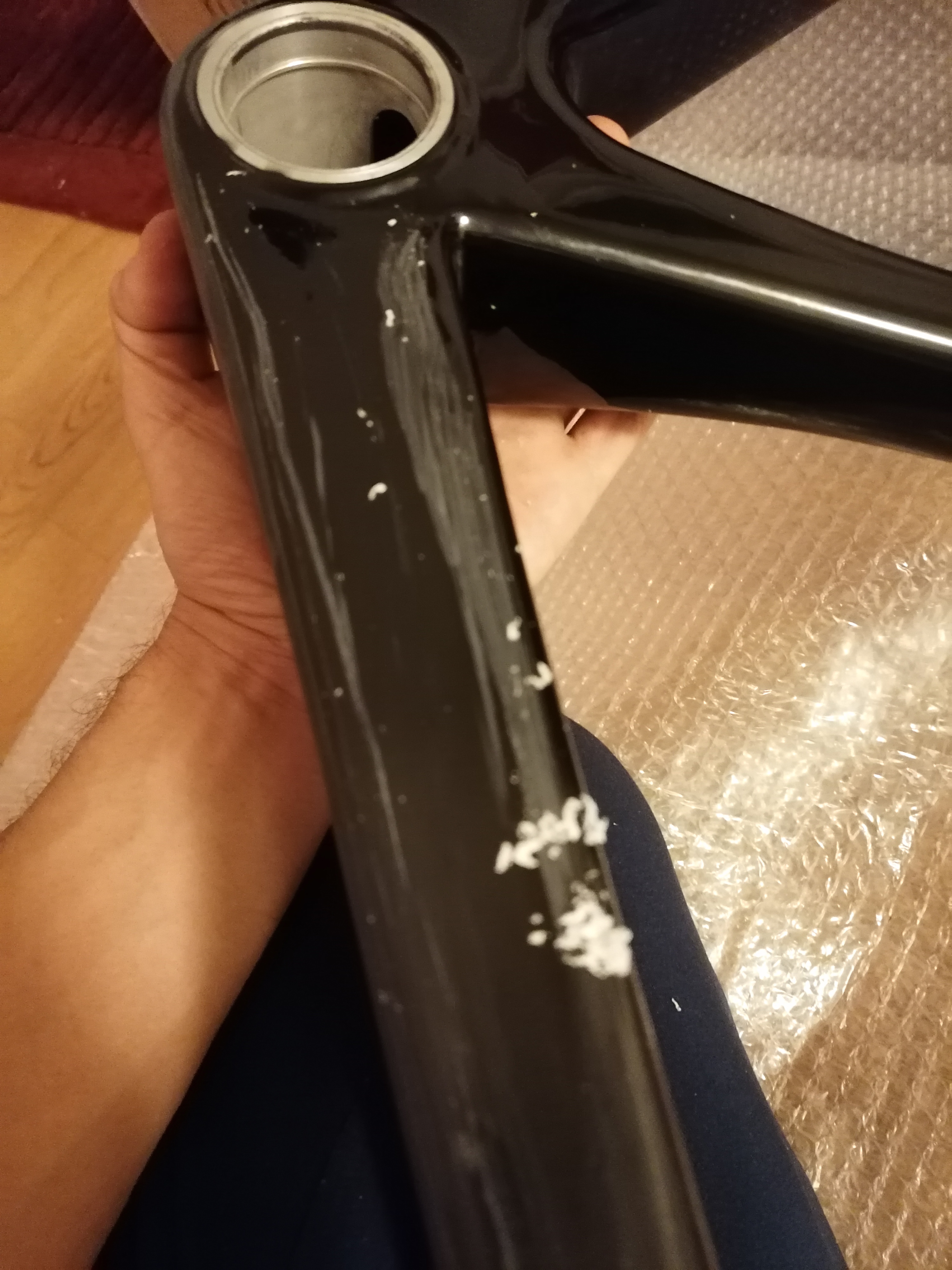 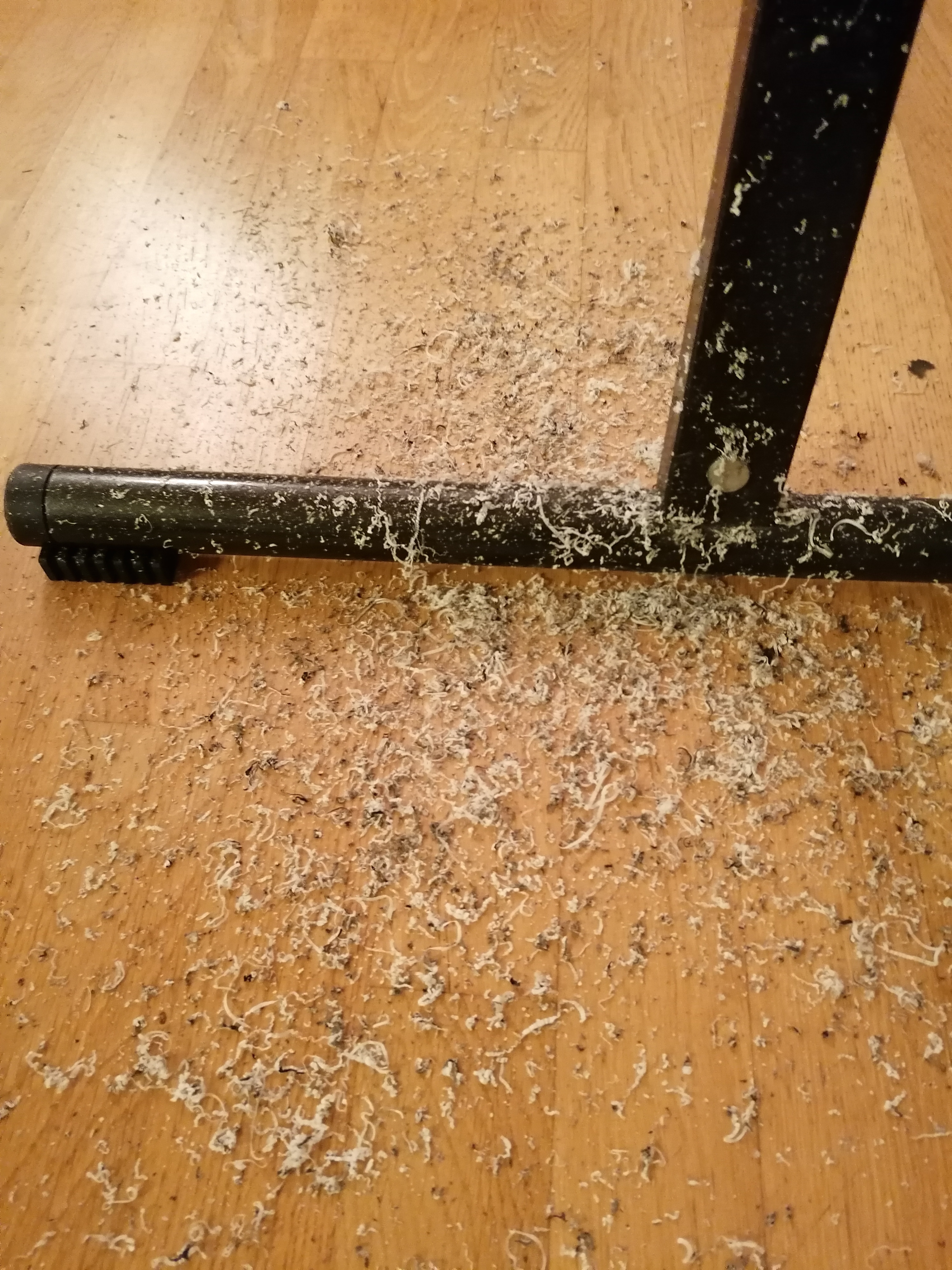 After the scratching sound changed from a high pitch to a deeper tone I decided to give wet sanding paper a try. Soon the white sanding residues changed to black and I knew that I now reached black paint. It was a bit trial and error when to move from razor to sanding paper. At first, I used 180 grit paper but quickly changed to 100 grit to be more efficient. I tried it at an unobtrusive spot and realized it was perfectly OK. That 100 grit paper really nuked that paint! I sanded the whole frame and fork with 100 grit, then 180, 240 and 360 eventually. I added some wax to the surface to give it some protection but frankly this isn´t really necessary. I was happy how things turned out and I really like this raw industrial/grunge look. It contrasts perfectly my glossy bikes. 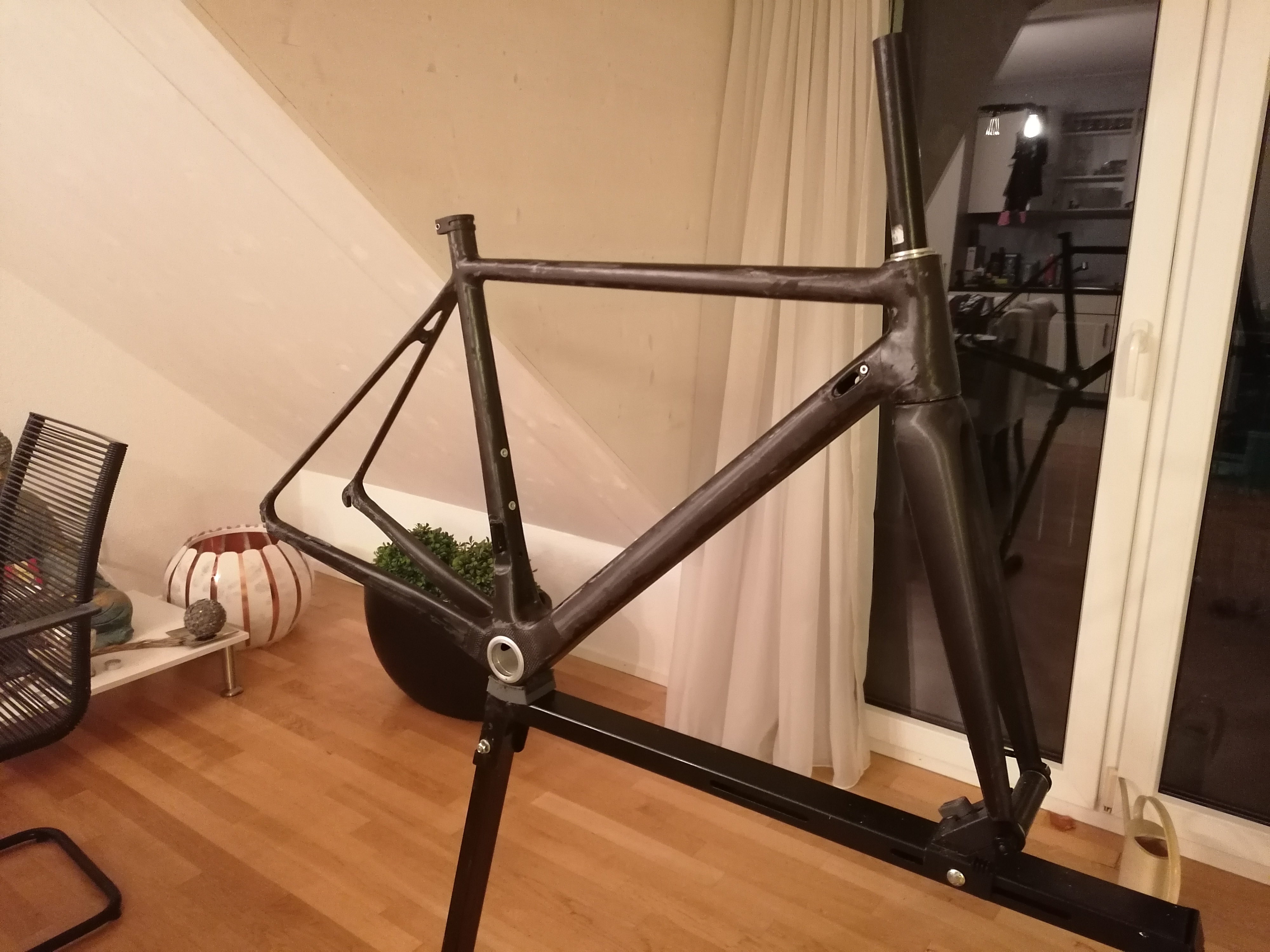 Oh, and I did the same to the handlebar, seatpost (where unclamped) and cranks. All in all around 100 gr for 20 hours of work, that´s 5gr every hour. But whatever you modify or exchange, this weight is not coming back. And that’s a comforting thought. 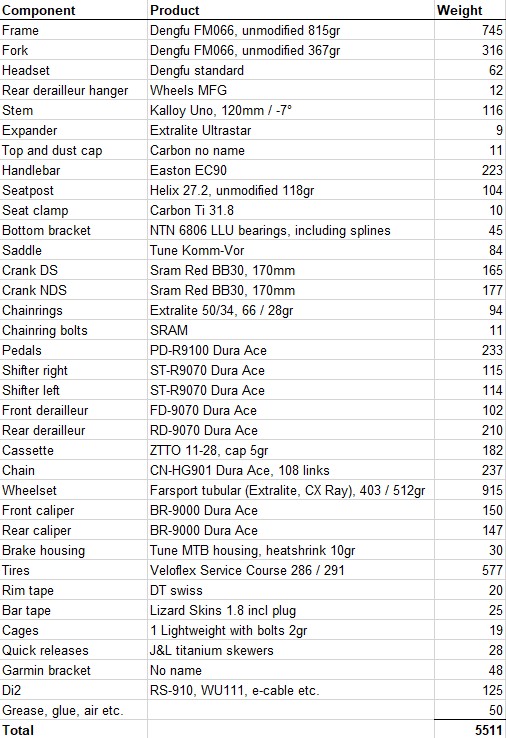 And here it is: 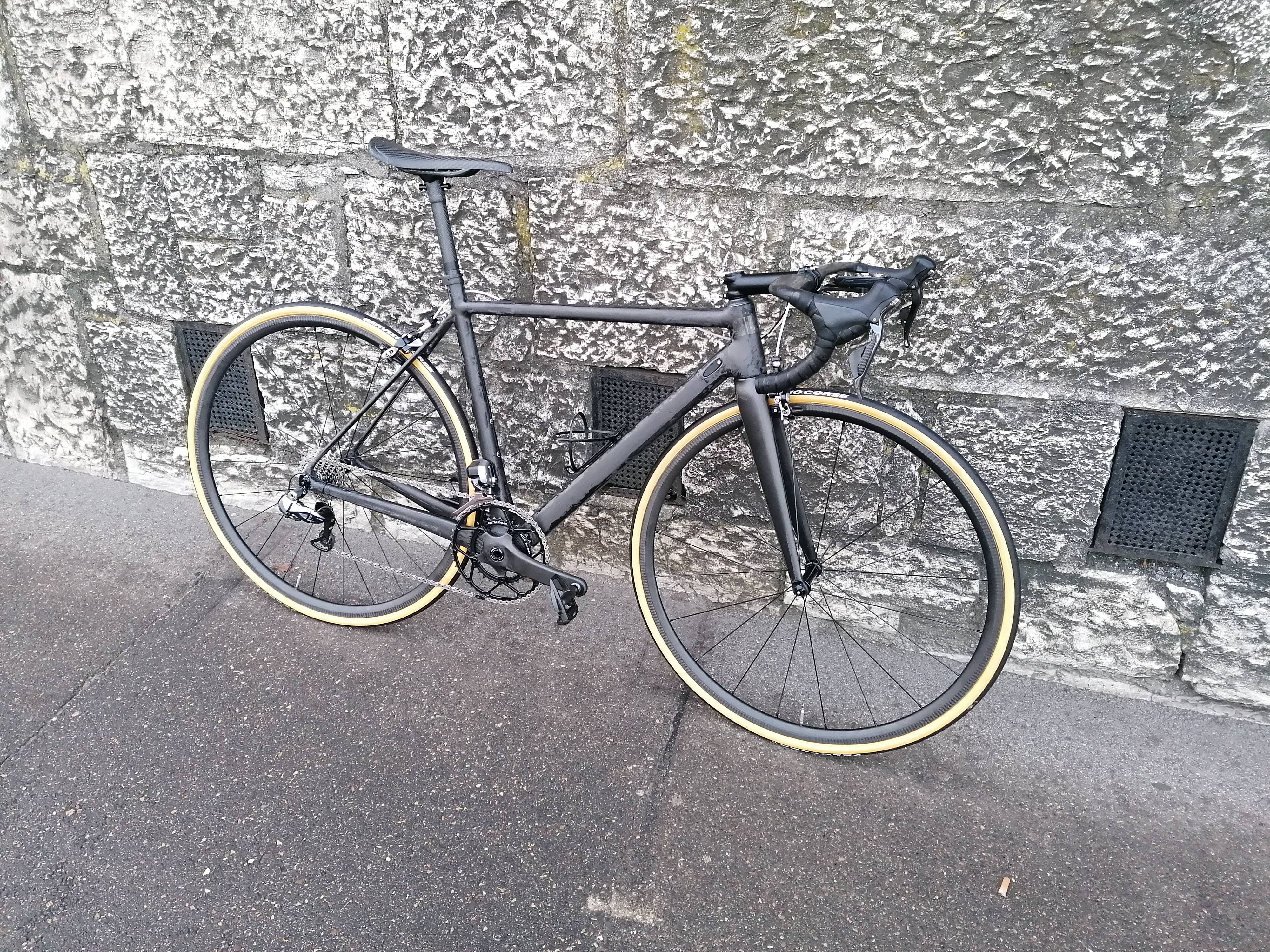 Do you know approximately how many hours it took you to remove paint from framset?
Do you mind me asking approx how much you paid for frame?

Love to see those still around

.
Did you get a sensible discount for a "defect" frame ?

Yes, I got a fair discount. Something around 350$, maybe a bit more. When I last checked, Dengfu charged more than 600$ for an R01 frame, which is basically an evo model of the FM066SL. And shipping was quite quick, 5 days if I remember correctly. 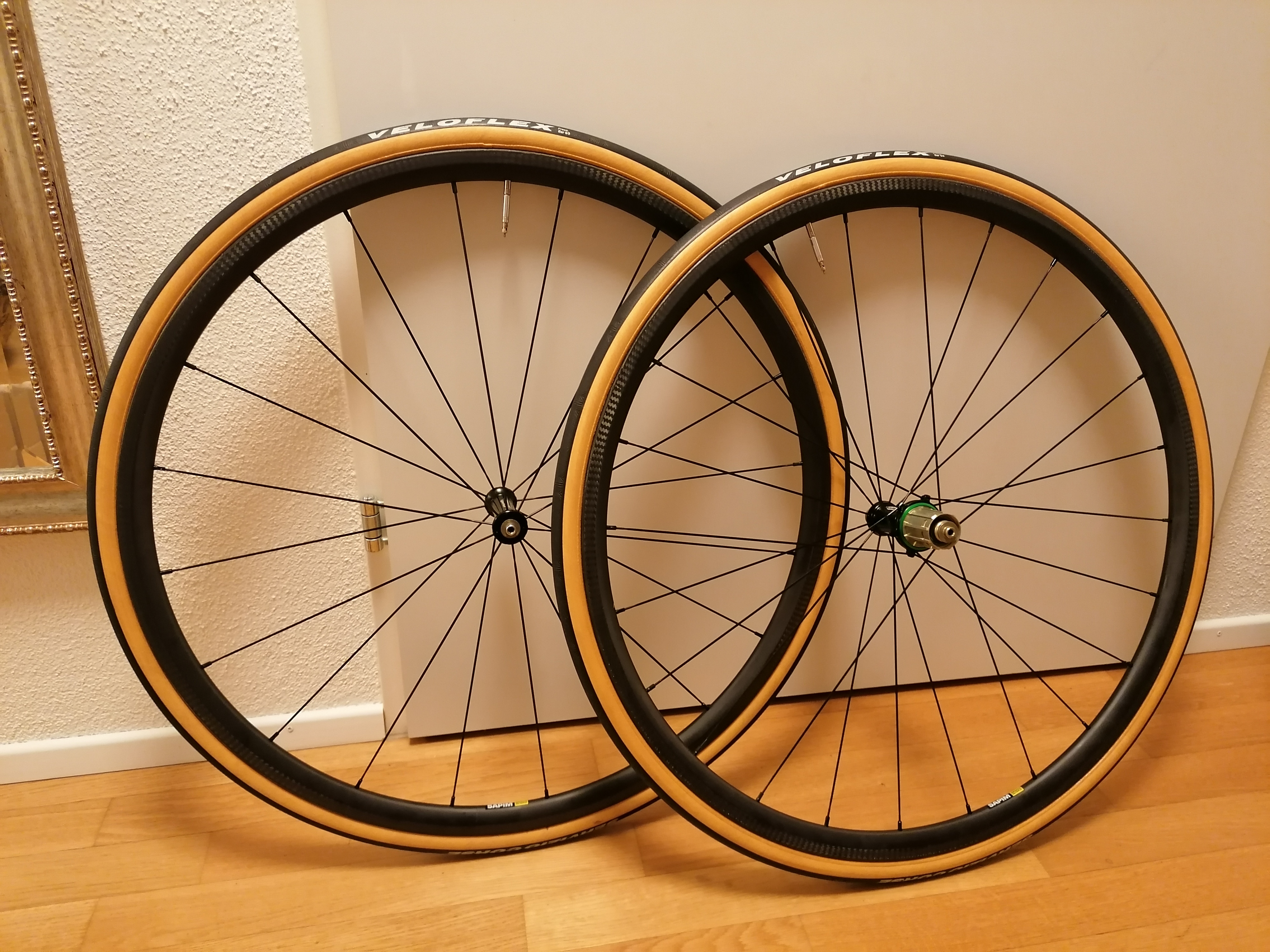 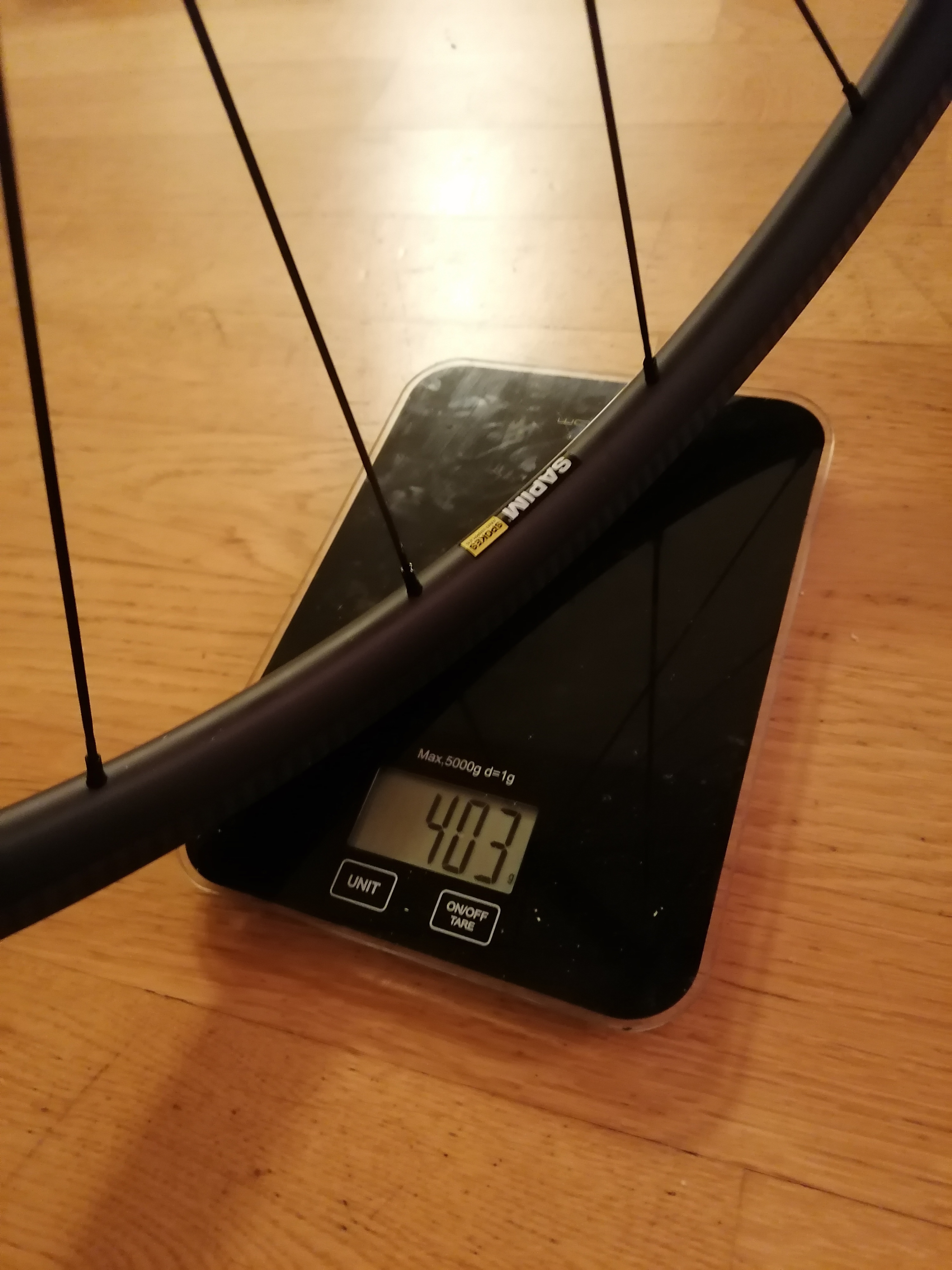 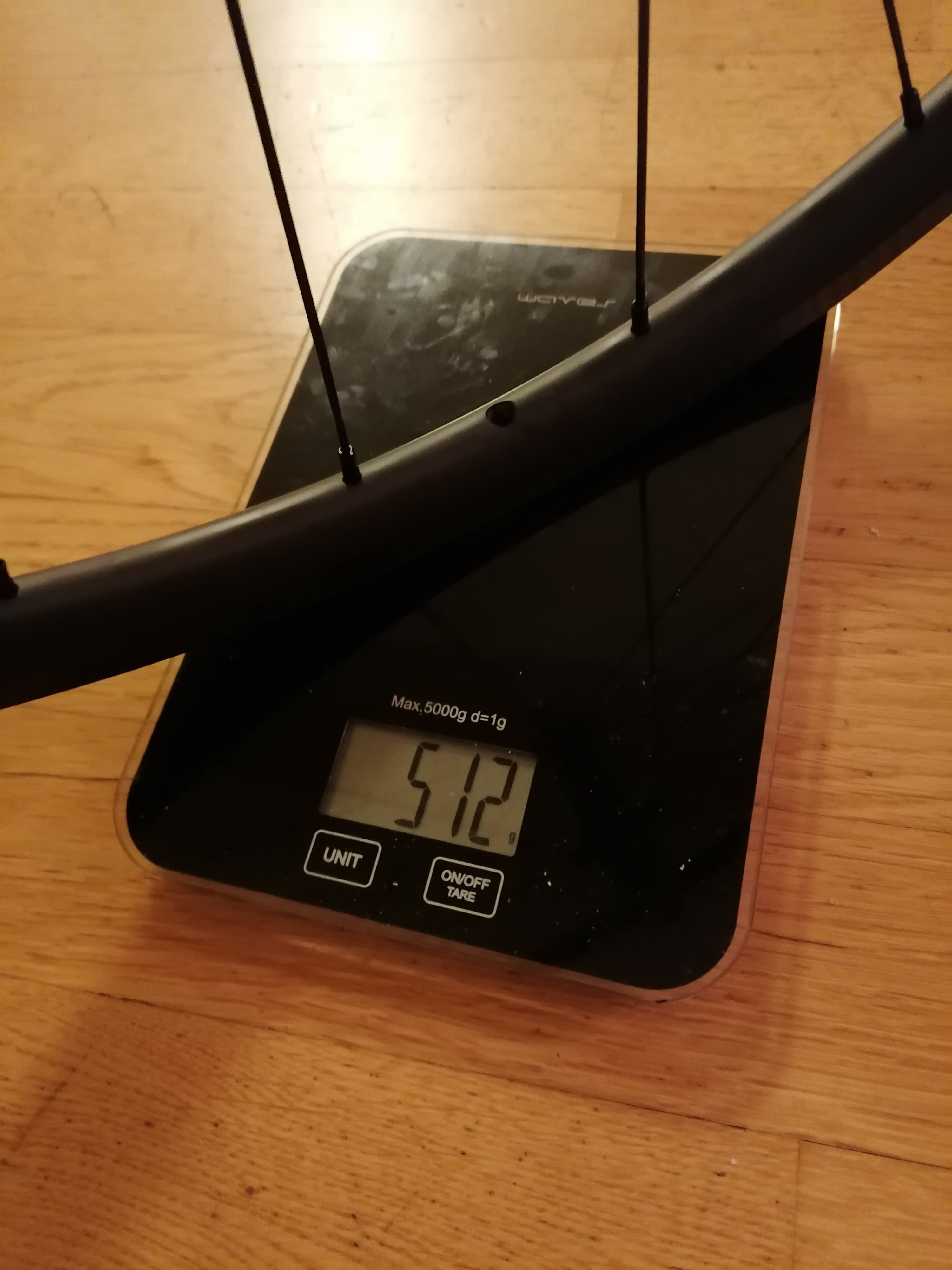 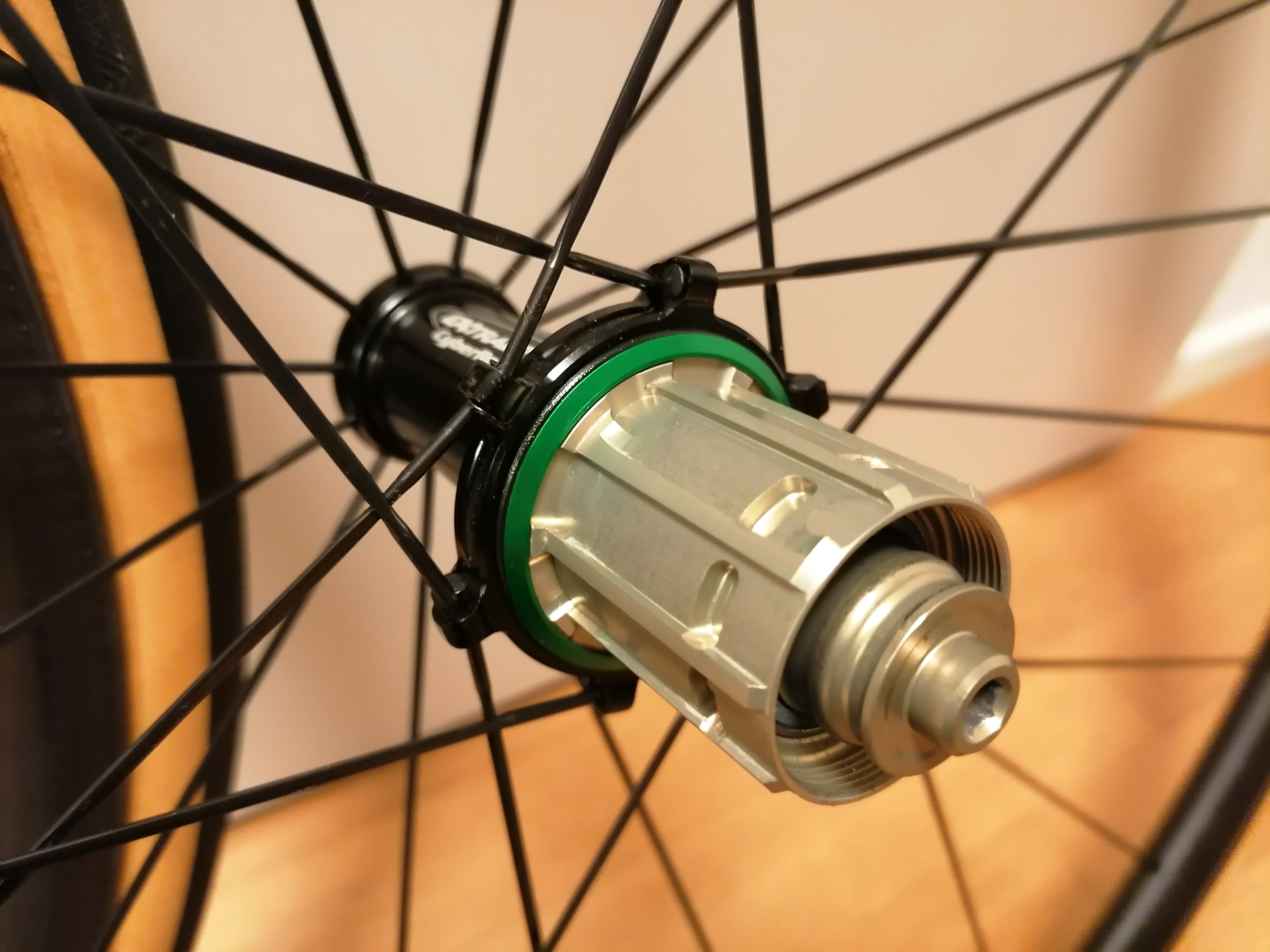 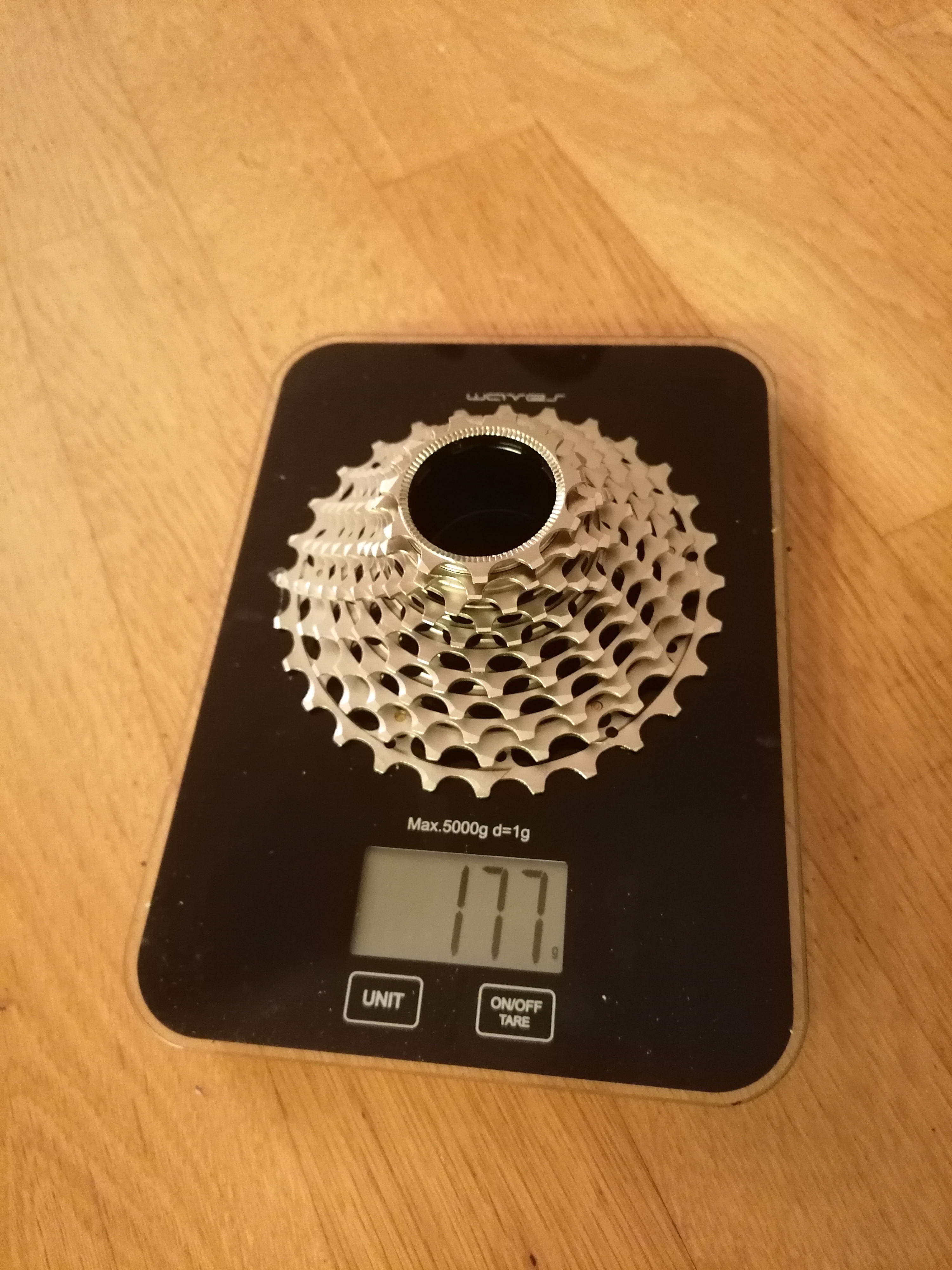 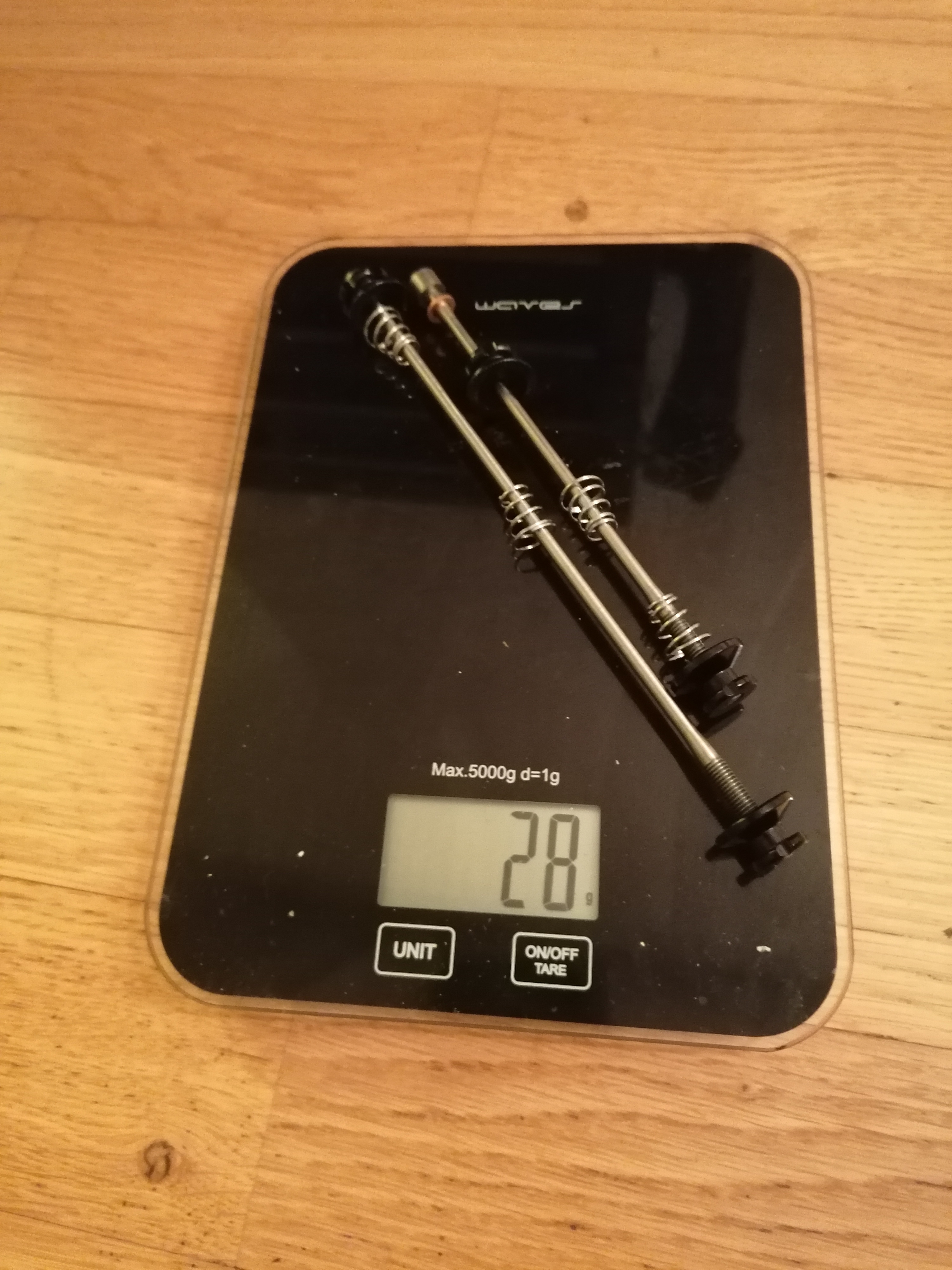 Nice build! Which model wheels are those?
Top

yes, very nice!
i am although interested in specs about the wheelset.
Thank you, regards,
Top

I enjoyed the story and the end result, nice job

The wheels are just the lightest farsports rims. They're ~250g a piece and pretty inexpensive. Definitely the best option for a budget-ish lightweight build.
Top

Amazing, what a beauty!
My bike
Top

Slammed wrote: ↑
Tue Mar 03, 2020 7:31 am
The wheels are just the lightest farsports rims. They're ~250g a piece and pretty inexpensive. Definitely the best option for a budget-ish lightweight build.

Indeed, it’s the FSC25TM-23SL rim from Farsports. Hubs are Extralite cyber hubs. CX rays and sils nipples. If you are on a budget but want a light set of tubulars then you could also go for Novatec hubs. That will be around 1000 gr for a new set of wheels and less than 700 dollars including shipping.

I was a bit hesitant about Extralite chainrings and the ZTTO cassette. Shifting quality is important to me and I was not willing to sacrifice too much of it. Shifting from big to small ring is no problem whatsoever but shifting up is a bit delicate. Under load is not a pleasure for the ear and you should avoid too much power. Shimano chainrings are simply in another league. Quicker and definitely smoothier.
The ZTTO cassette is now working very well. At the beginning shifting was very slow in the smaller cogs. Now after some mileage I’m very pleased. Almost as silent as a Dura Ace 9100 cassette.

Admittedly, the whole shifting arrangement is a bit Frankenstein-esque with the mixmatch of Extralite chainring, ZTTO cassette and Dura Ace chain. But I like it now.
Top

This bike looks amazing, nice job sanding it down!
I'm also currently working on a FM066 build with Di2, was wondering if you could point me to where you found that cable delete plate?
Top

Thanks! Dengfu included them when I ordered the frame. I didn't specifically ask for them. They sent me a bag with all sorts of frame parts
Top

Ah makes sense, I also got mine from dengfu including the bag but no delete plates. I'll try asking them if they still have them. Thanks!
Top