I had a CAAD12, which was subject to death by car,
I replaced that with a SuperSix that came out to 6.5KG but honestly i found the ride boring and
i dont race or anything so i didnt feel like it was a necasery bike, plus i'd started working at a different
shop were we didn't deal in Cannondale so i moved it on.
After that i went onto an Allez Sprint and litterally didn't even put 100KM on it after building it,
so i sold it and here we are.

I was browing eBay and came accross the Moots Vamoots, it was listed by a seller
in Poland, who was amazing to deal with! He goes by "Nice_Vintage_Things" on eBay if anyone
is interested in some nice older stuff!

After watching this frame for a few months, i messaged him and we worked out a deal.
Heres this first photo i saw of it - The seller wasn't sure on the year of the frame but i had narrowed it down to be between
2001 and 2004. 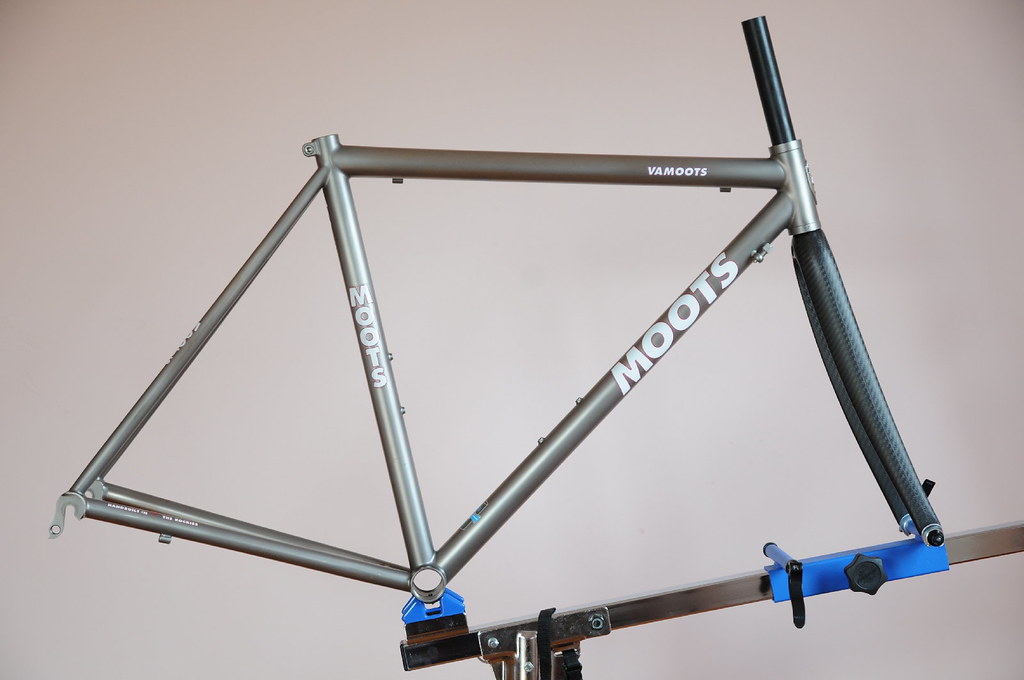 Three weeks later the frameset arived at the shop i work at in Australia.
Once i got it unpacked i emailed Moots the serial number and they confirmed it was a 2002 build, with an original
Reynolds Ouzo fork.

So here's the build list, i haven't actually weighed the bike yet but when i do i'll update this -

Still a few small changes to come, a new decal kit will be ordered in black when i get around to it too. 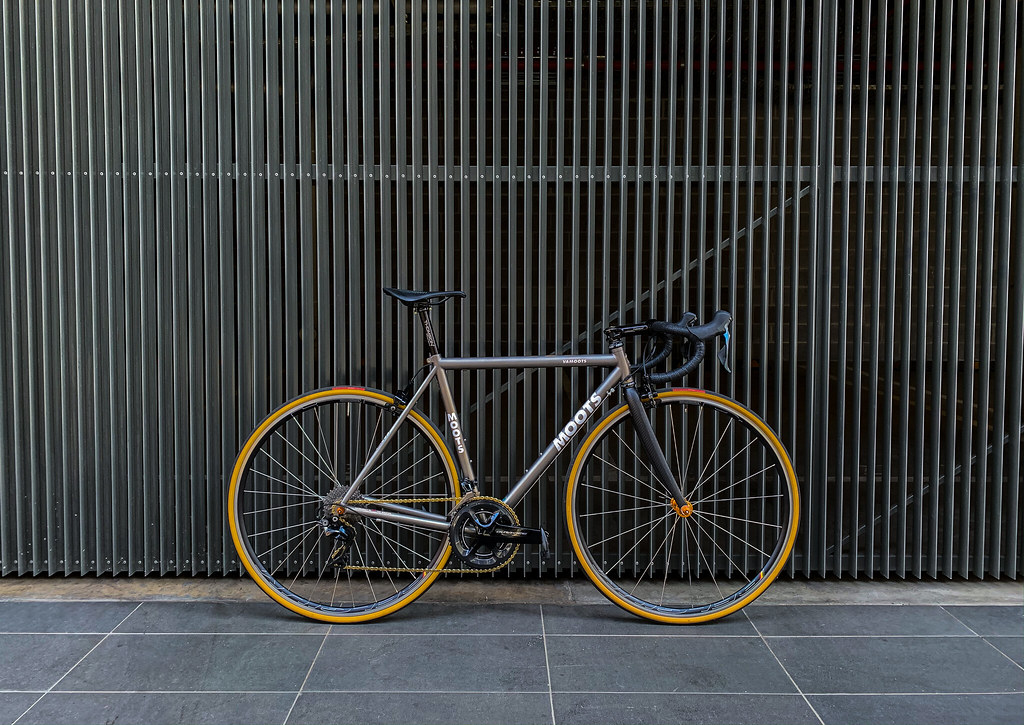 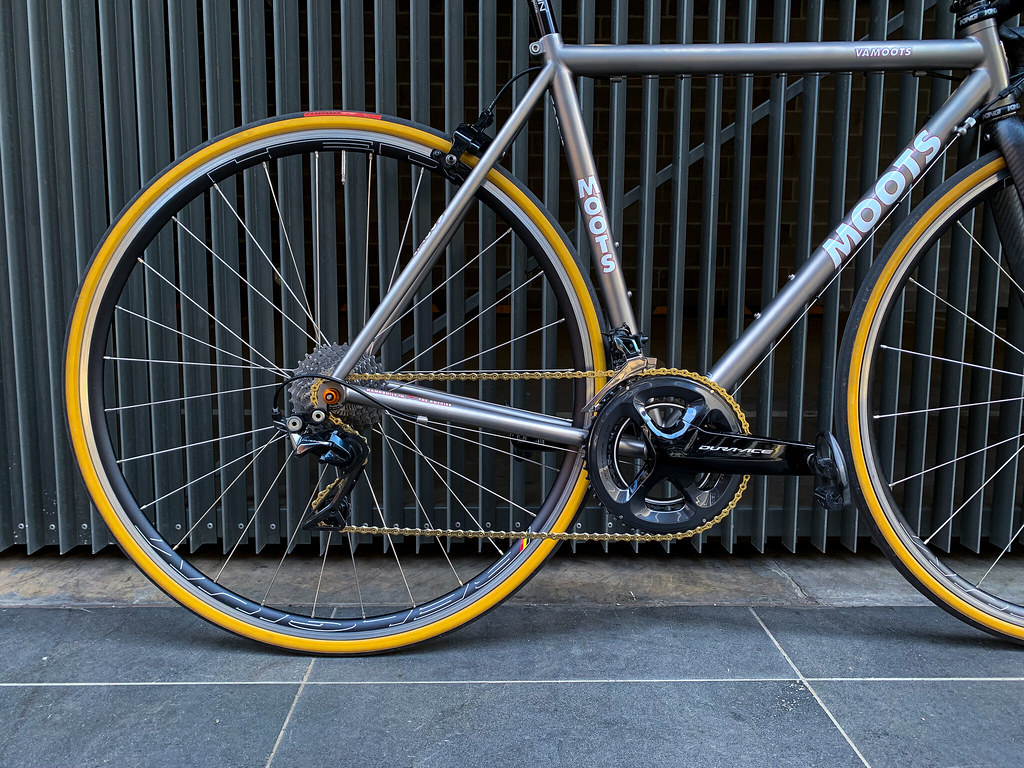 This is a timeless beauty! Congrats and enjoy, have you had it out on the road yet, let’s hear what the ride is like.
2019 Baum Ristretto
Pain is my friend!
Top

It's had a few short rides, nothing real as of yet but it's a really smooth, comfortable ride yet definitely still respozive and lively.
2002 Moots Vamoots
2018 Cannondale CAAD12 Custom (RIP)
2018 Cannondale Supersix Hi Mod (SOLD)
Top

Love it!! I'd say that's a bike that should be kept forever.
Top

I remember seeing the add on eBay a while ago.

Thanks for all the positive feedback guys!
Picked up a Stainless Steel Arundel Mandible cage today for it which works really nicely with the silver spokes in my opinion.

I would of loved an SL but its hard enough to find a Vamoots for sale it seems, let alone one in the right size!

Also, the deal on this one was not something i felt like i could refuse.
2002 Moots Vamoots
2018 Cannondale CAAD12 Custom (RIP)
2018 Cannondale Supersix Hi Mod (SOLD)
Top

Gorgeous....wish Moots still made them in traditional geo
Top