Finally I got to build it,

here some pictures from her maiden voyage

Definitely a great bike, not as plush as the C40 or C50 but it wants to be pushed hard 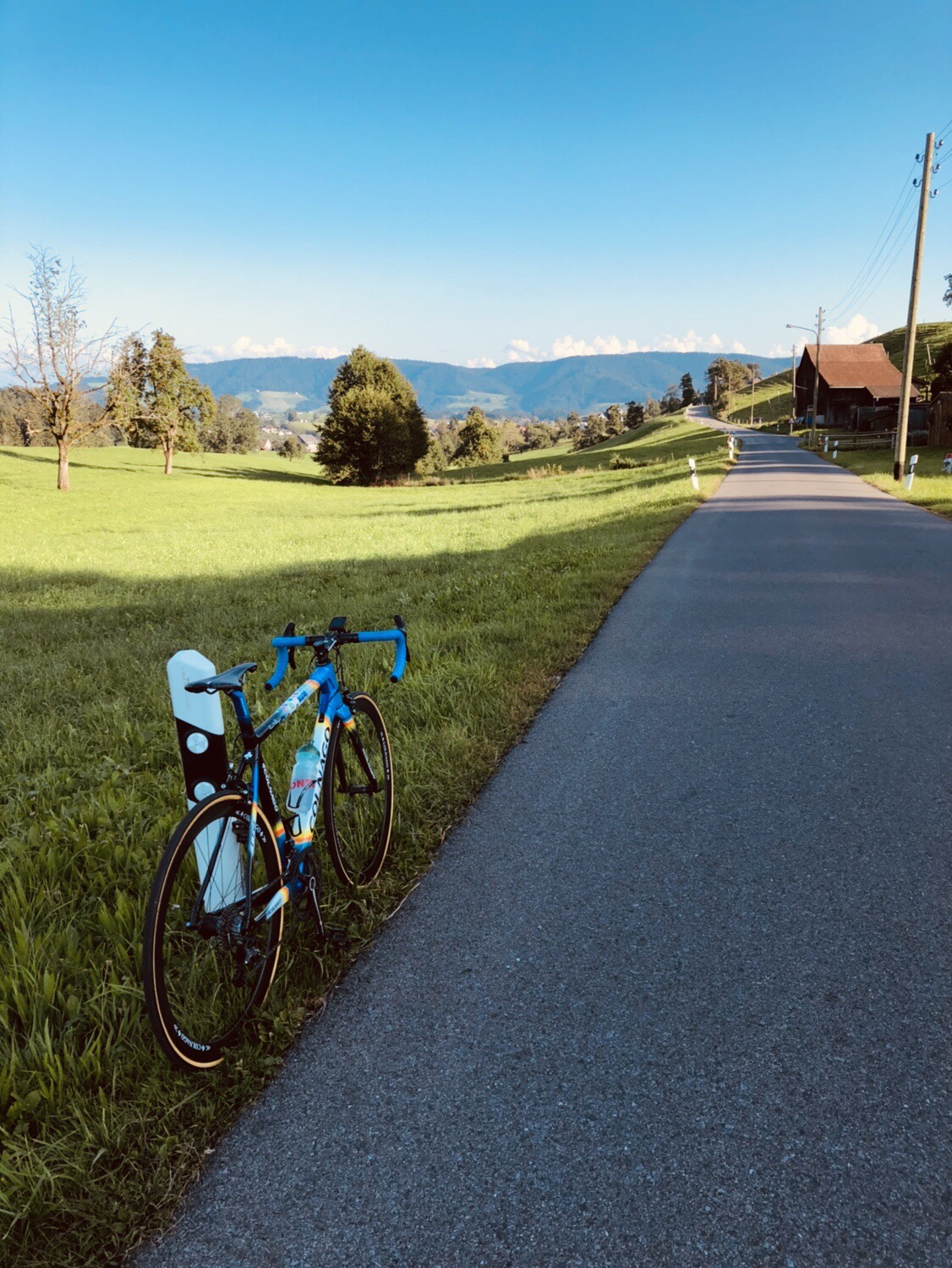 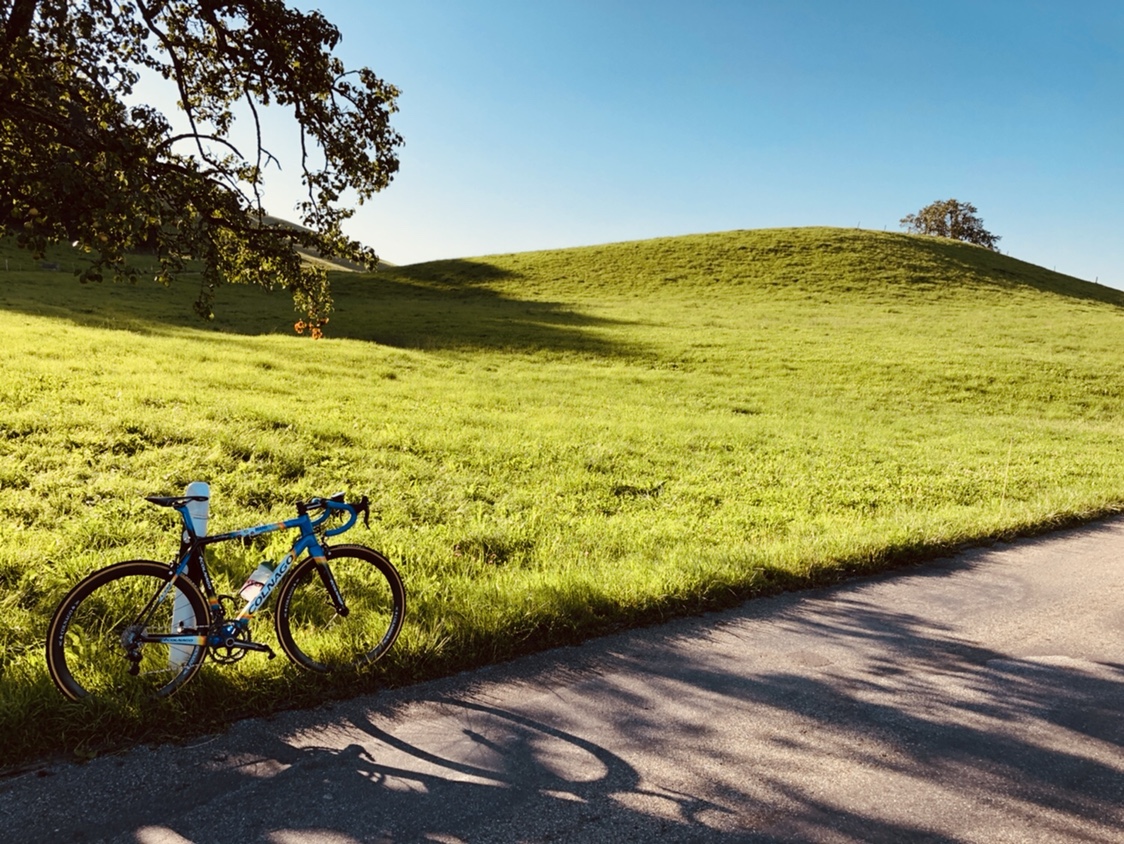 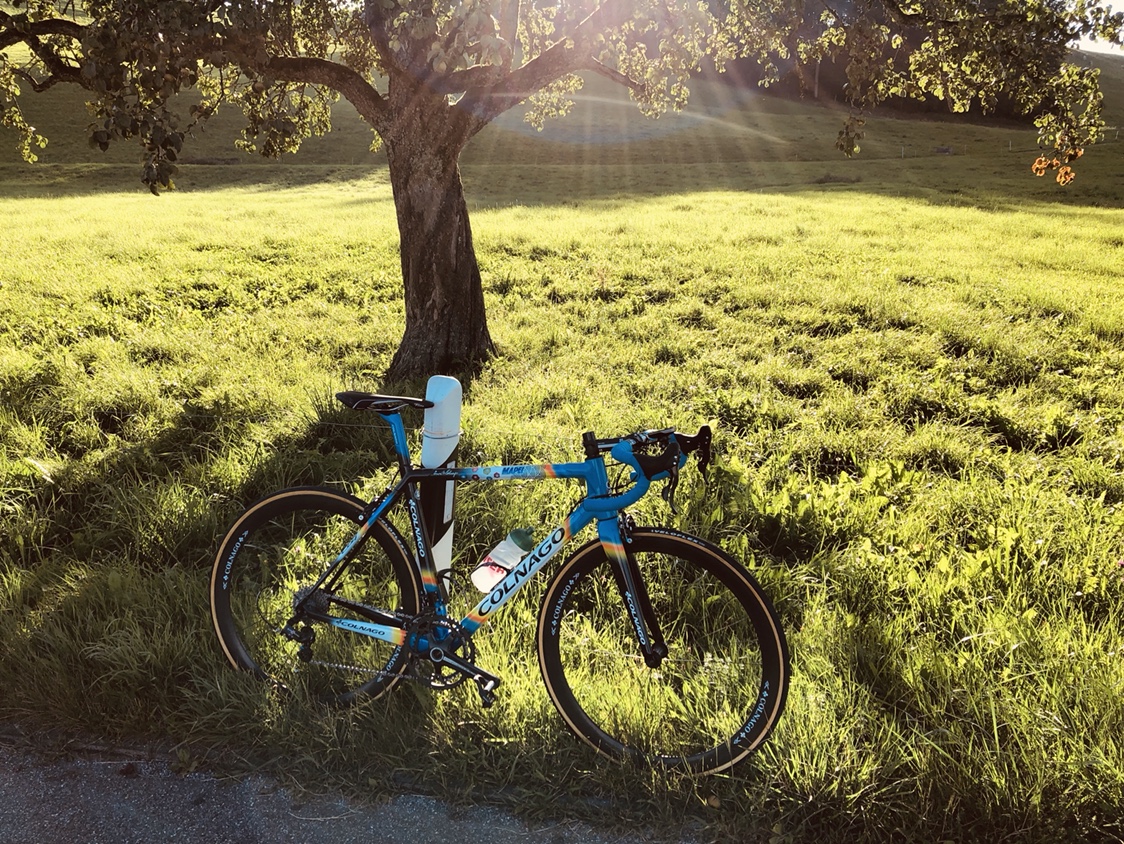 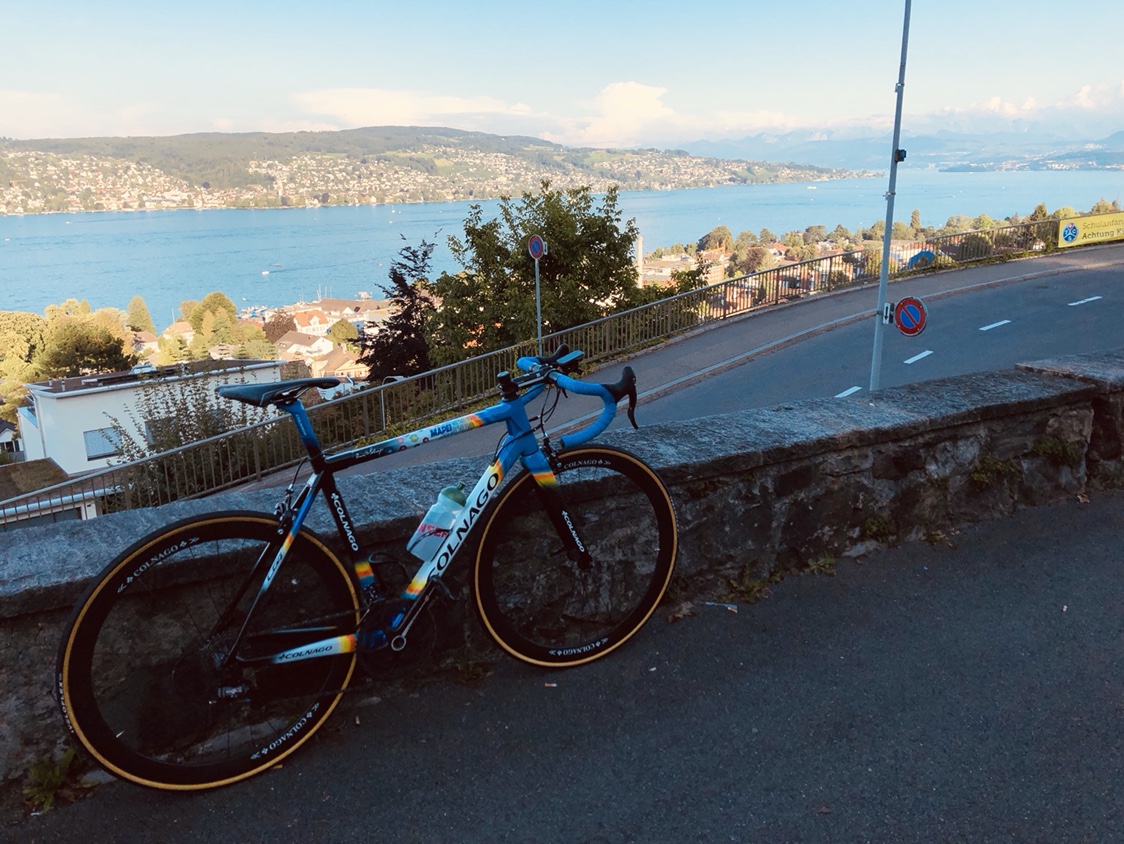 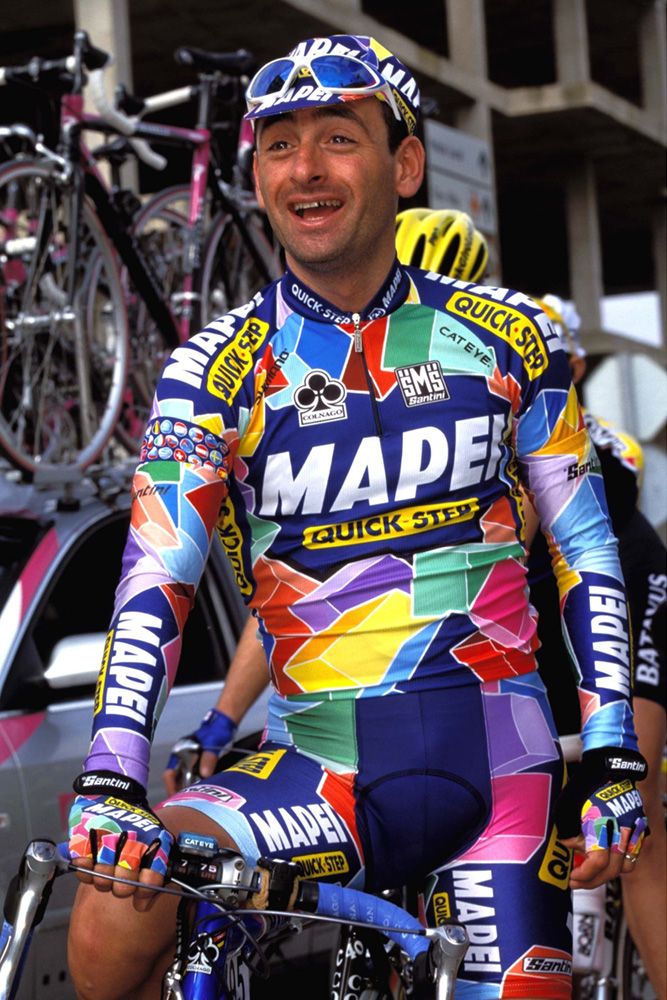 Looks great, love it. While I like both a lot, I think I like this Mapei scheme with more black than some of the ones I've seen that use more white.
Top

what a beauty!
Top

I got a Colnago branded flite with blue accents

I consider this build done 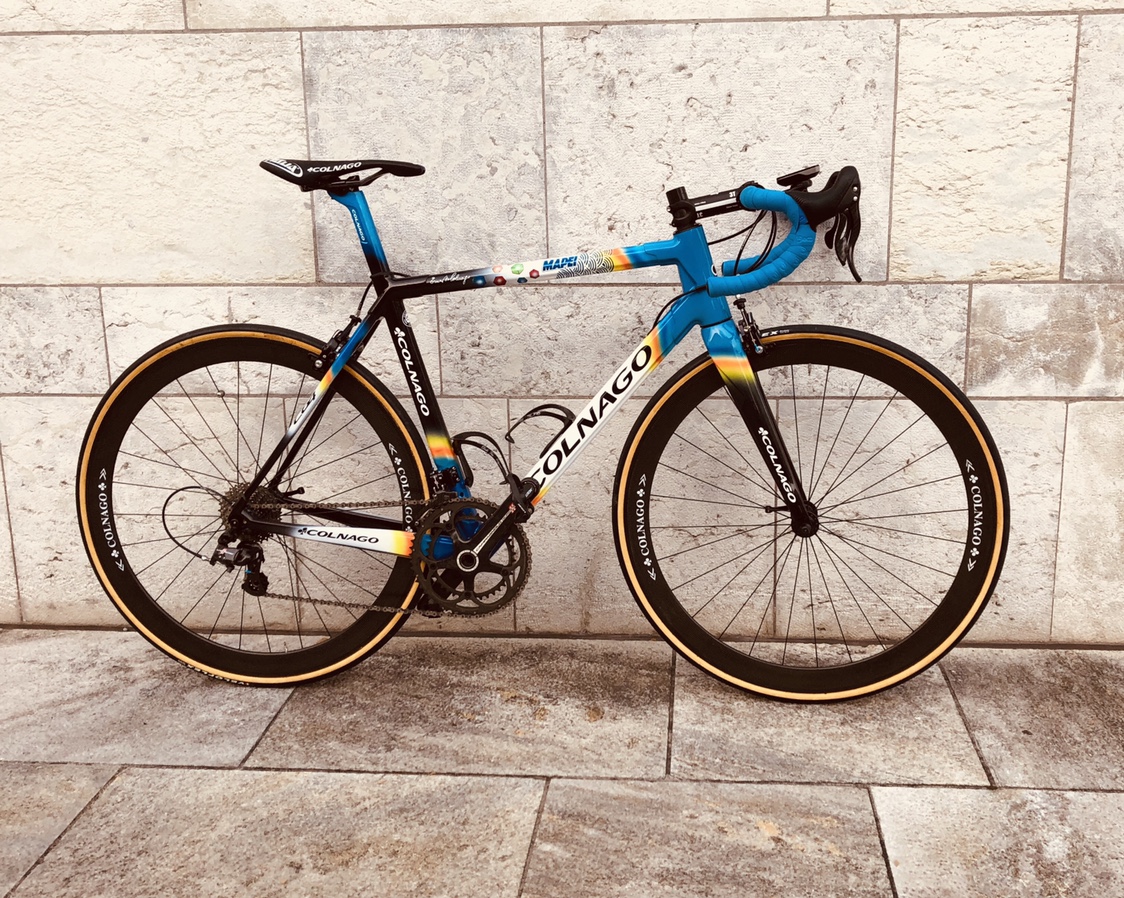 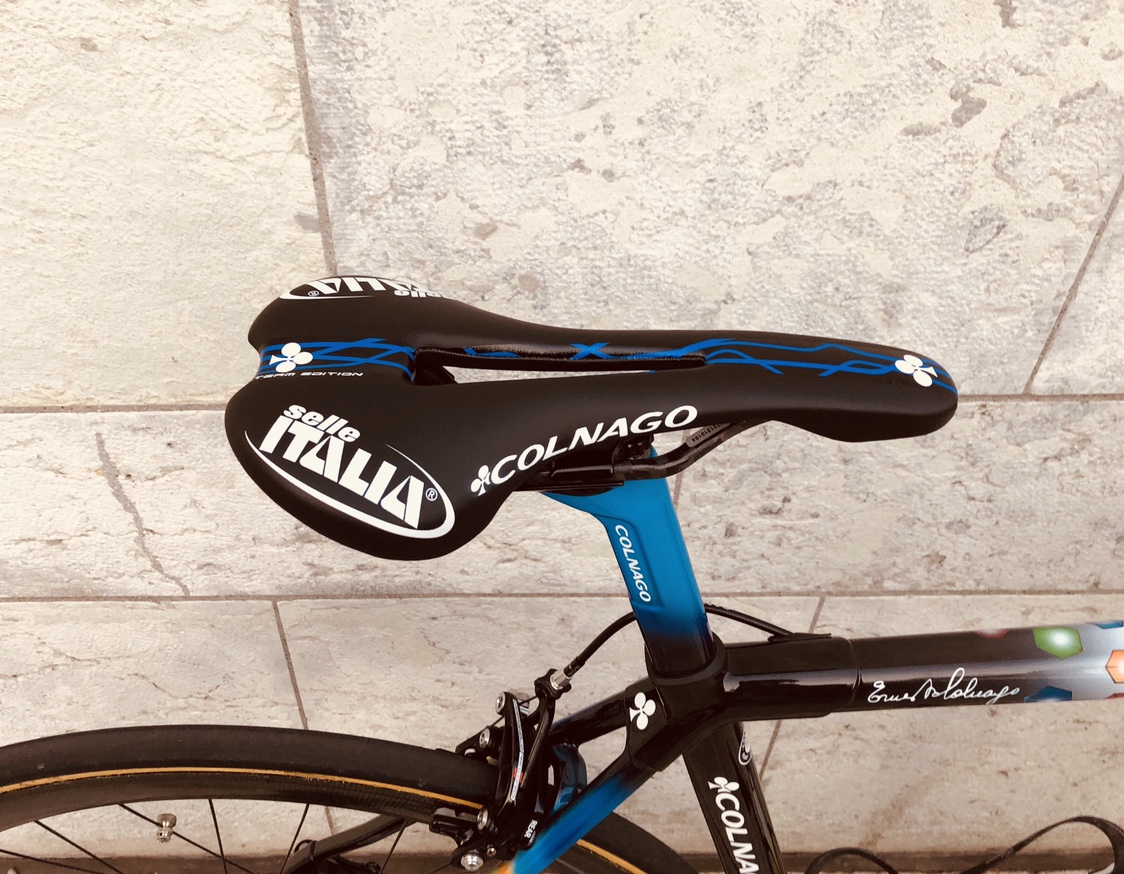 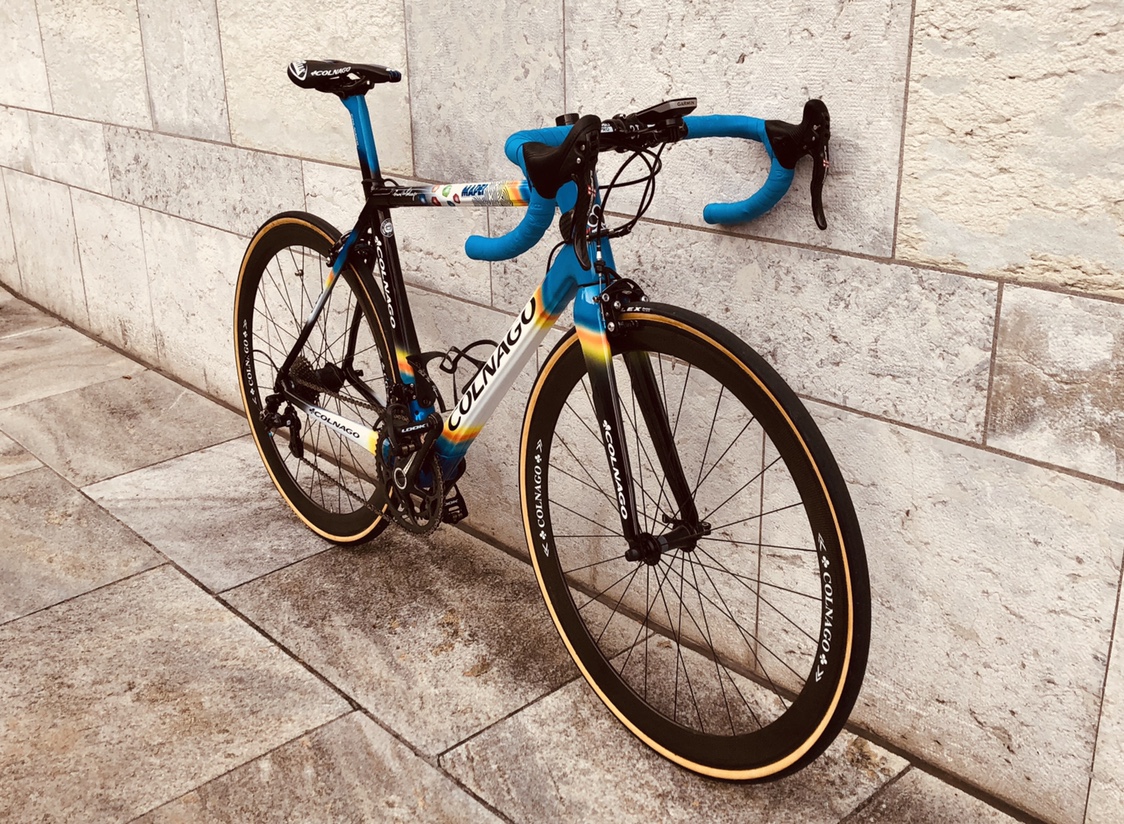 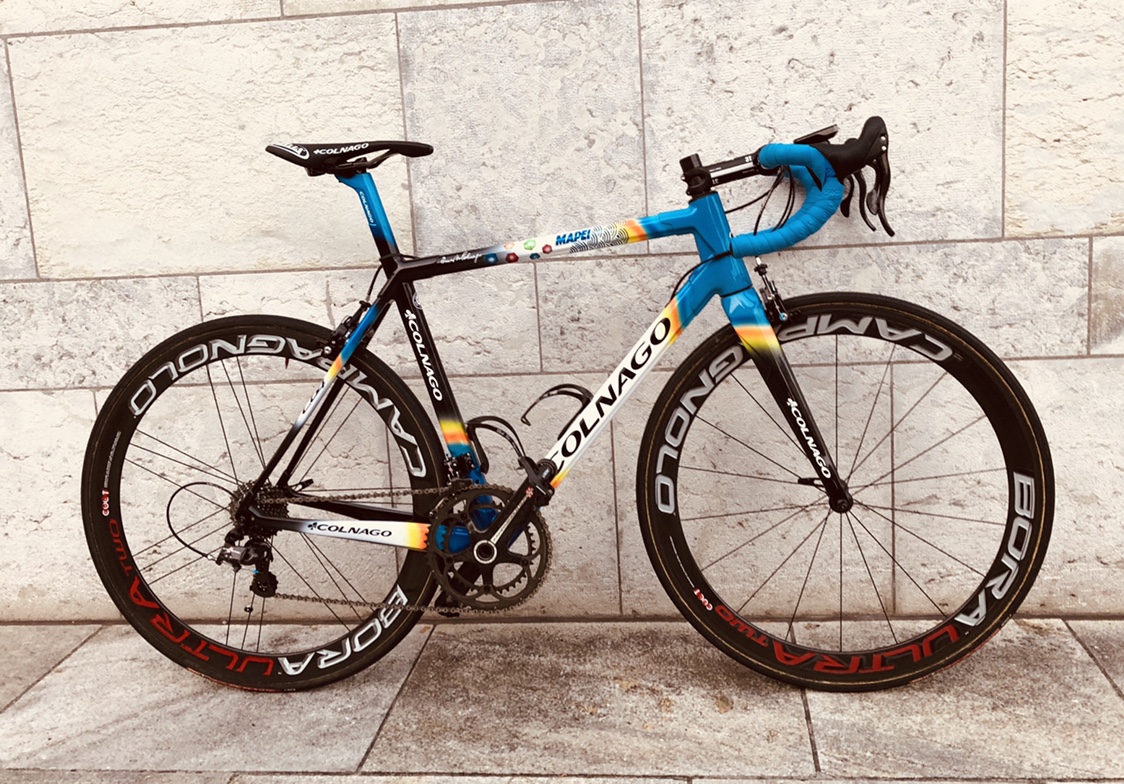 BTW, here and on another forums, some people have been posting about what is the point of a Mapei Colnago on this day and why all the colours etc.

Well it is simple, Team Mapei commemorated 25 years on 2018, and Colnago did a C64 one-off special edition in silver to cellebrate the Silver Anniversary for Mapei's owner Rodolfo Squinzi.

Many fans asked for this edition to be offered to the public, and Colnago answered by this C64 but in the original team colors, with the black background, that looks a lot better than the Silver one IMO.

Why Mapei ? well when I got interested into cycling, it was Mapei's heyday, I was a fan, as you can see on my avatar, that picture embodies cycling for me, I was young at that time so buying a C40 in Mapei colours was not possible, eventually I got myself a used Trek 5200 that was a best seller at those time due to Team Postal "success", so they could be bought cheaper as second hand bikes, Colnagos not so much, they always retained a high value.

Later on, older and with a better income, I could buy a Bianchi 928, and sold the Trek, and finally got my first Colnago many years later....

So now two decades later I can buy myself that Colnago Mapei I wished long ago.

Some ask, why not get a real C40 on Mapei Team colours. Well yes there are many on the market, but I already own a C40 ( Mapei World Champion ), so I don't need that. I wanted a modern frame that I expect to be the bike I will ride until the end of my cycling days.

... And about the colours, Mapei is an Italian company, producer or paints ( hence the coloured blocks ) , and several other building materials ( sealant, adhesives etc ).
Interesting to notice that Quickstep Team that continued the belgian branch when Mapei stopped sponsoring, is also a building materials company, in this case floors, so they continue on the same industry somewhat. And off course that explains why I am still a fan of Quickstep to these days.
Hucken The Fard Up !
Colnagos : C50 ST01 - Master 30th AD10 - C40 Mapei WC
Top

enjoy it. i know what you mean when being younger the dream bike was impossible to buy because we had no job. to buy now what was long overdue is worth it. treat yourself. life is too short.
Top

Beautiful build congrats. I totally agree with your sentiment too. I hope colnago produce mapei paint scheme for a long time to come. There will always be people who think it belongs in the past. But for me the two brands should be forever linked.
Top

I have this saddle and computer kept for a long time.. they will be a part for my future build.