Hmmm CAR, wasn't it just a regular Allez that you stripped the paint off of and put S-Works decals on...?
Top

It Is ThE sAmE tHiNg
Top

Not sure what you mean by "regular" Allez. It started life as a 2015 D'allusio Smart Weld Allez Comp. Those frames were offered in the S-Works, Race, Expert and Comp models. The DSW frames are all the same, the difference being an S-Works Tarmac fork and and lack of paint on the S-Works models. the Race, Expert, and Comp models all had non-Sworks and then were further differentiated by the groupset components that came on them. Further down the line were the Elite, Sport and base models... The Elite model had the DSW smart weld headtube, top tube and down tube, but it was a smaller downtube with a BSA threaded bottom bracket shell instead of the OSBB bottom bracket on the Race, Expert and Comp models. The Elite also had a standard headtube as opposed to the tapered headtube/headset on the higher models. The Elite also had a carbon fork with an alloy crown/steerer. The Sport had no smartweld tech, no internal cabling, same fork and head tube as the Elite. The base model was the same as above, but with an aluminum fork.

Uhhh the S-Works frames are in fact not the same as the other Allez frames.
Top

Yes I have
Even with alloy wheels and plush tires 26 ( turbo cotton ) or 28mm tubeless tires
It's harsh and dead on longer rides on less than pristine roads ...
It's not due to alloy but to the re-use of venge aero seatpost on an alloy frame

Thanks for the gearing explanation tough !
Heavier but would you have a better gearing efficiency with 52-14 ?
Be damned the weight of the cassette ? That's what remco used you would win with it

( joke )
You can compose your own 14- something cassette too
Top 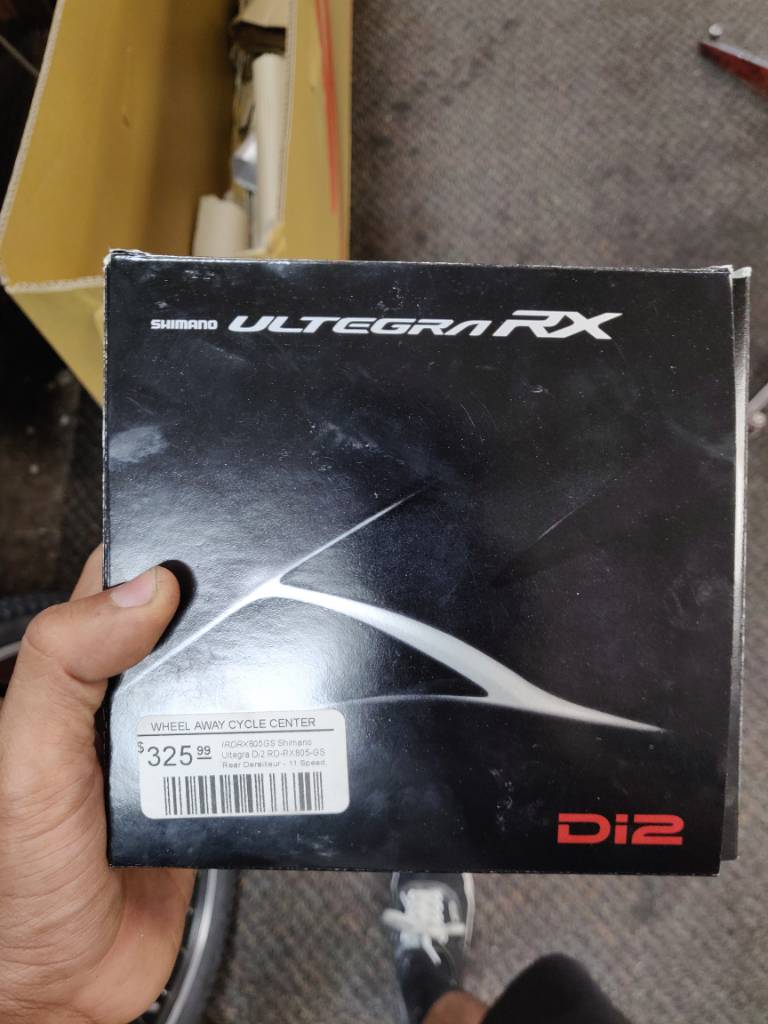 So many Specialized Specialists on this board...

So many Specialized Specialists on this board...

So what is the difference?

Here's an article from Cyclingtips in 2013 when the Sworks Allez came out...

"The bike that benefits from the trickle-down framebuilding technology Specialized has employed is the Allez Race. It has the same E5 Aluminum frame with hydro-formed tube connections and is outfitted with SRAM Rival, but is half the price ($2,499 AUD). If you’re on a budget, this is a bike that’s worth looking into."

In 2014, the Expert received the same frame, then in 2015, it moved further down the line to the Comp. They repeadtedly reference the weight of the non-painted anodized aluminum frame at 1050g. Want to take a guess at what mine weighed with the painte stripped, vinyl on and clear coated? 1065g. I would venture a guess that the 1050g is based on a 49cm frame and I'm on a 54 and of course the vunly and clear coat added some grams back in.
http://www.Crankaddicts.cc
2017 Specialized S-Works Tarmac SL5 / 2015 Specialized S-Works Allez / 2014 Specialized S-Works Shiv TT - SOLD
Top

Regretting not getting an xtr rear mech right now.

I really hate Ultegra grey, especially with how it looks on the silver frame. 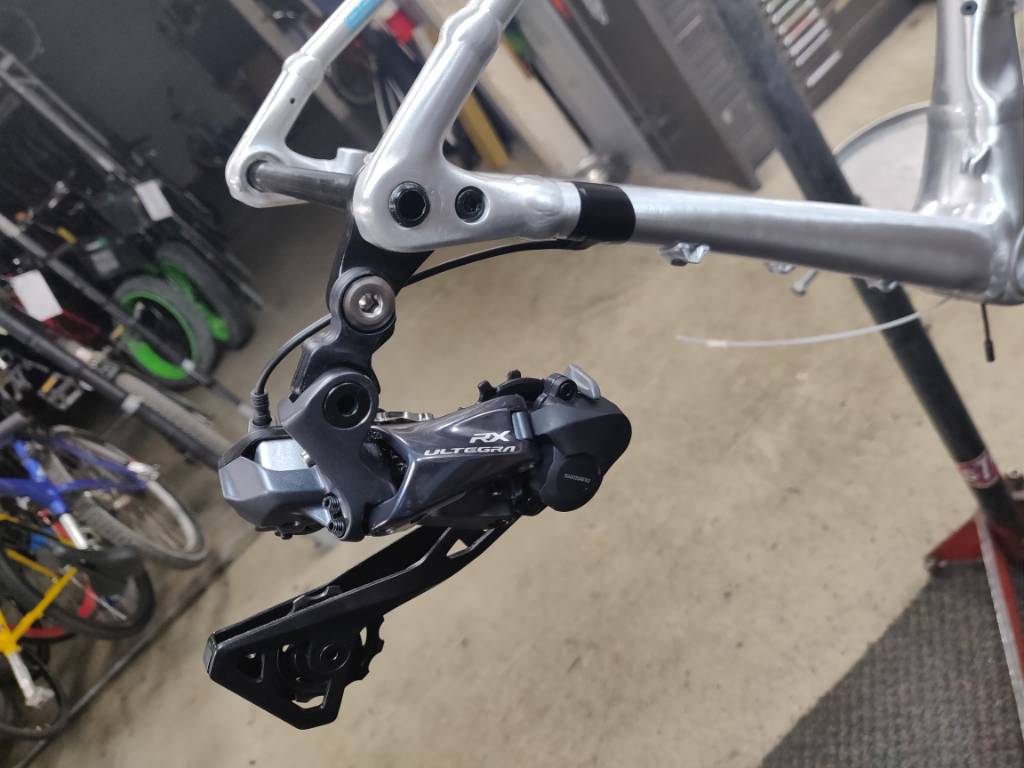 99% sure @calnago is right the shimano tab should go straight backwards not down. 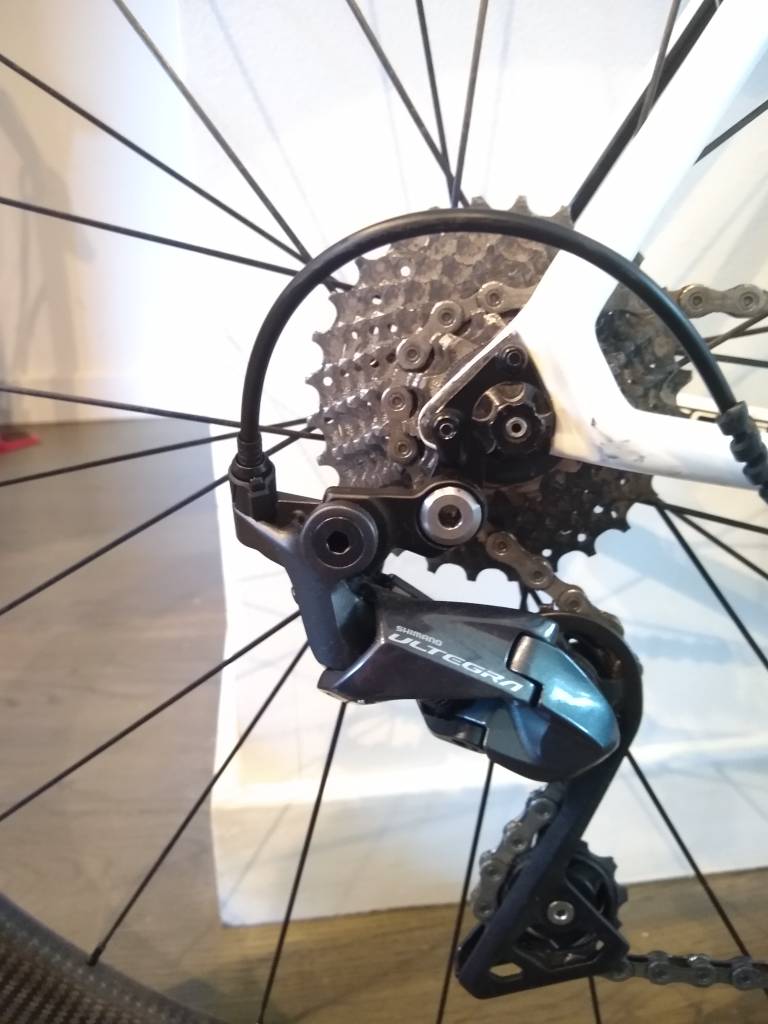 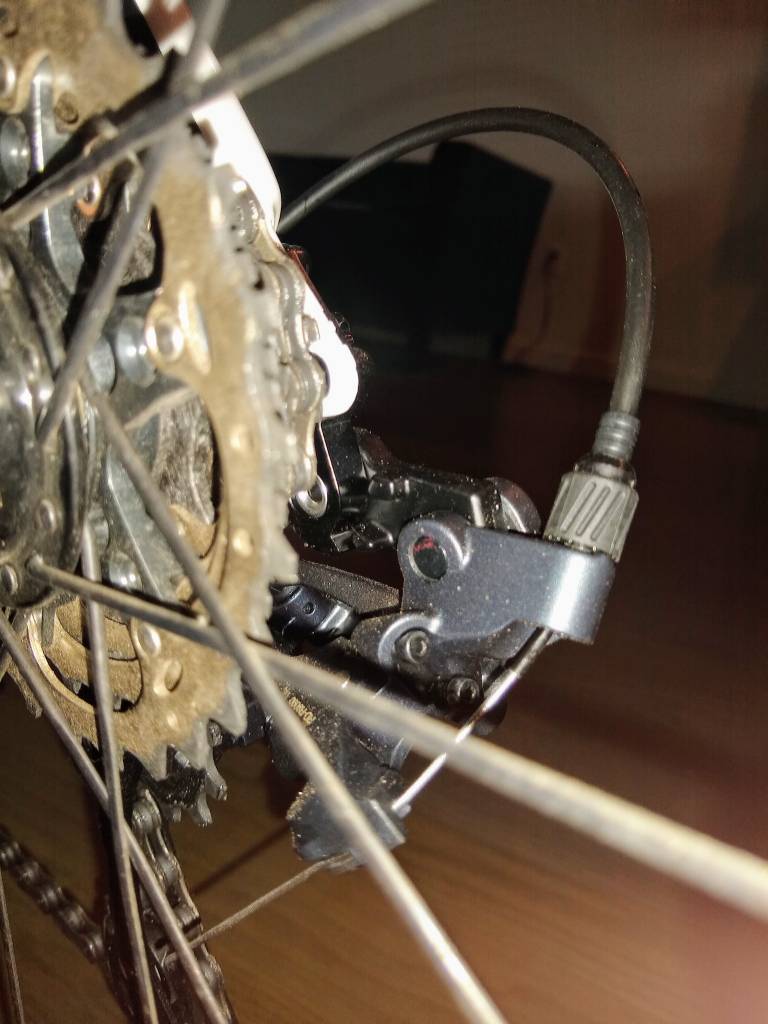 Yes, I think @Icantaffordcycling has got the derailleur installed incorrectly. A picture from the other side showing the tabs on the b-link and the derailleur hanger stop would help. And @Presby, I think yours may not be fully against the actual tab. The derailleur tab should be tight against the stop in the derailleur hanger. But in cases where rear wheel removal is difficult, a little trick is to rotate the tab rearward slightly so as to make it parallel to the ground (like yours looks like it might be). That places the derailleur as far back as possible, making it easier to remove the rear wheel in cases where that’s a problem, but it also will mean that the upper pulley moves a bit further away from the cogs, so shifting won’t be quite as crisp as it could be.
Colnago C64 - The Naked Build; Colnago C60 - PR99; Trek Koppenberg - Where Emonda and Domane Meet;
Unlinked Builds (searchable): Colnago C59 - 5 Years Later; Trek Emonda SL Campagnolo SR; Special Colnago EPQ
Top 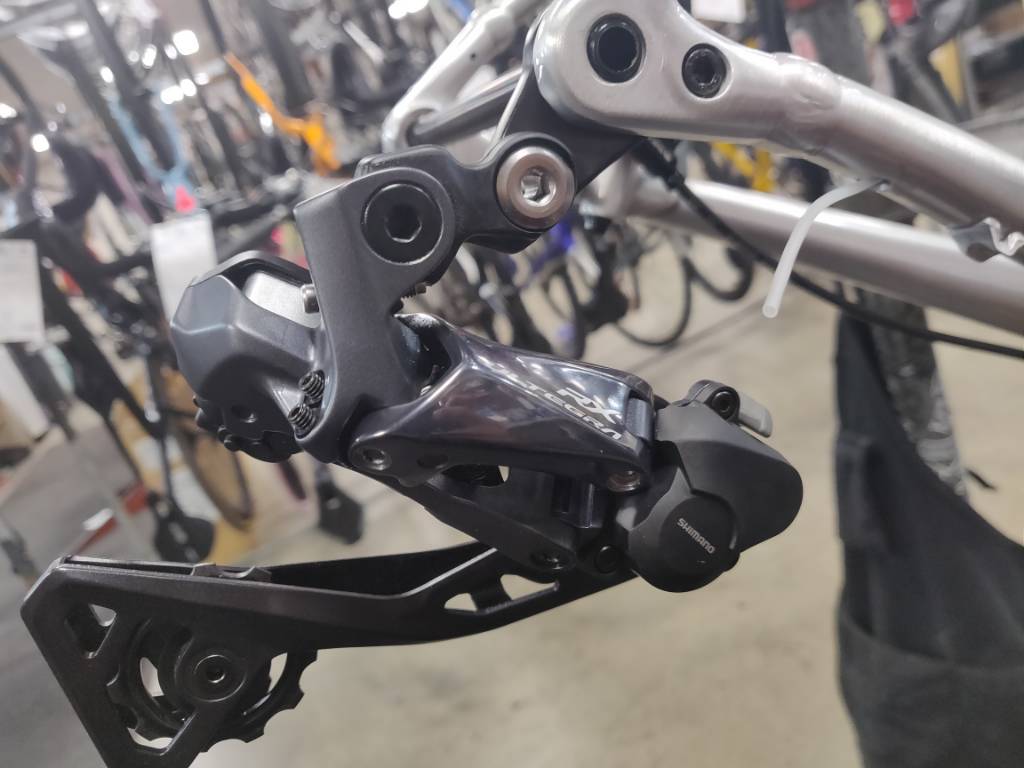 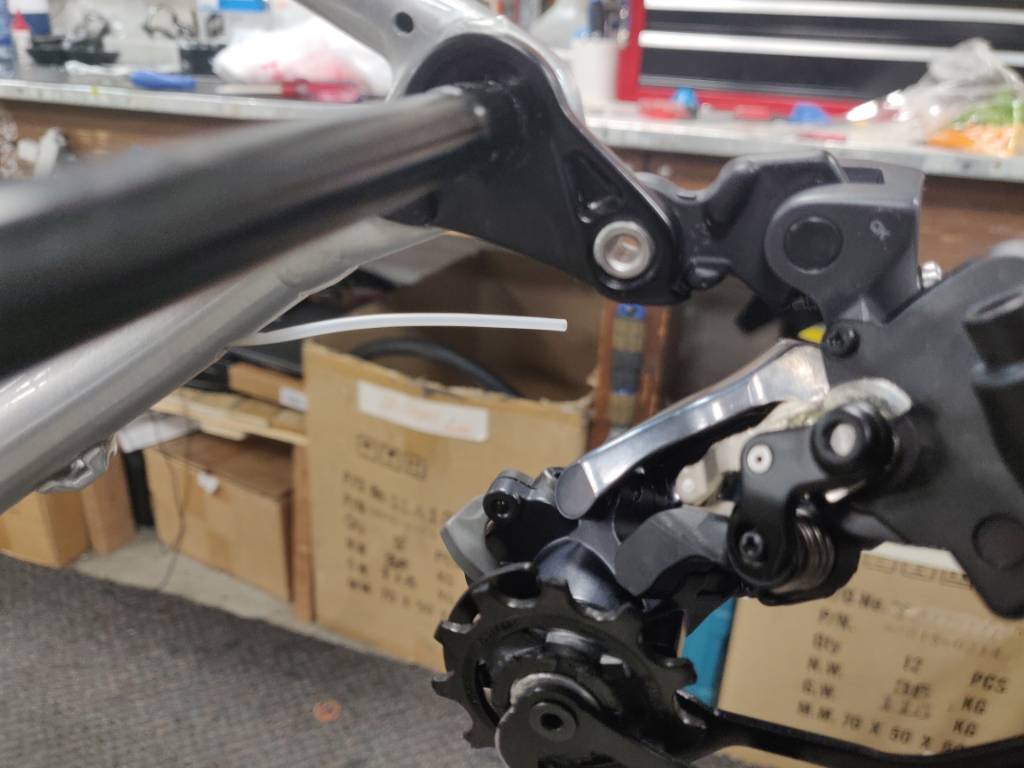