She is looking lovely mate!! I hope to have one in the not too distant future to go alongside my trusty R5Ca. Love a black bike too!!!
Top

have you had a chance to do any climbing on it? my buddy just bought one, came back from Mallorca (was on a rental back there) and says his S5 feels so great uphill he doesn't need a 2nd, "climbing" bike...

I’ve done 450km on this now, and with every ride, it just keeps getting better and better.

The bike is so stable that I’m having to get used to sprinting on it. Not helped by my left foot unclipping at 1,366w, building up to a max effort sprint at 50kph… Anyone else found these issues with Speedplays? Never once did I pop out my Looks, but the SPs are a better pedal for everything else bar sprints IMO.

As far as climbing goes, I haven’t really been able to test it yet, but from what I have done, it’s been splendid.

I can’t recommend the tyres enough though. They are a standout product for me.

Anyway, some more tinkering / additions to the S5D.

Bike now weighs 7.59kg with another 30g to be saved today once I fit new computer mount…

The satellite / sprint shifters weren’t the easiest to install and I had to buy the Y-connector cable to make it all work. This also meant having to relocated my EW-WU111 unit to be housed in the stem (hard work but fits with a LOT of effort). Awful wrap job to be sorted after Spain

Annoyingly the Cervelo bars aren’t actually internally routed and the two wires going to the barend port have to be routed down the back of the drop bar. 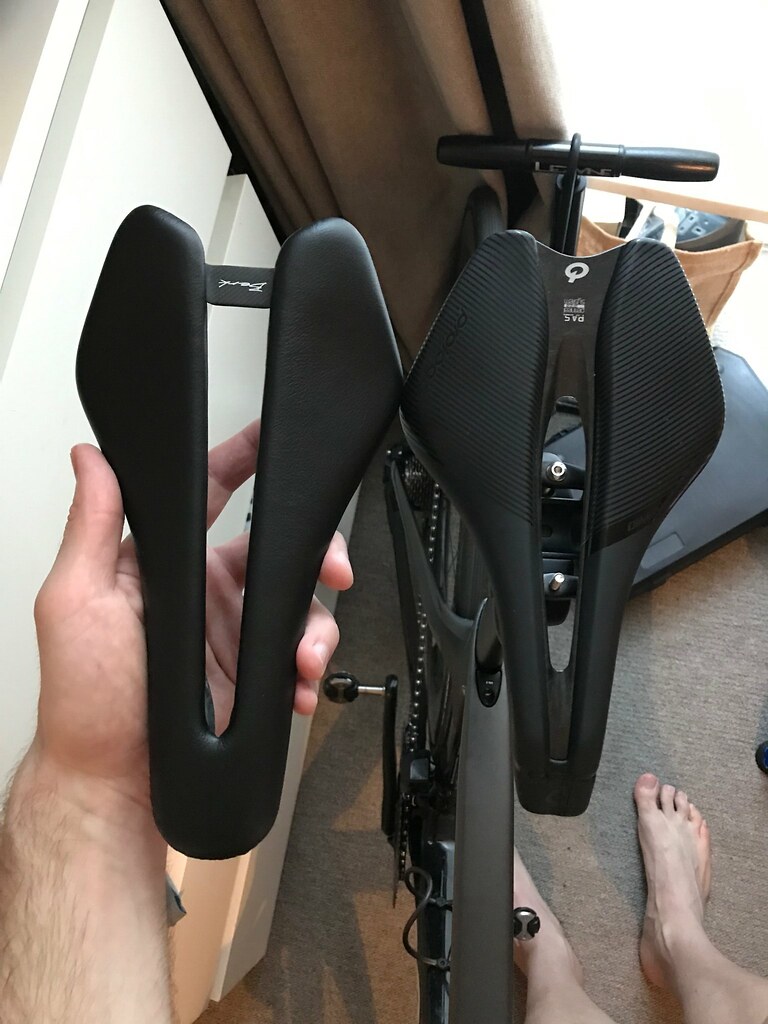 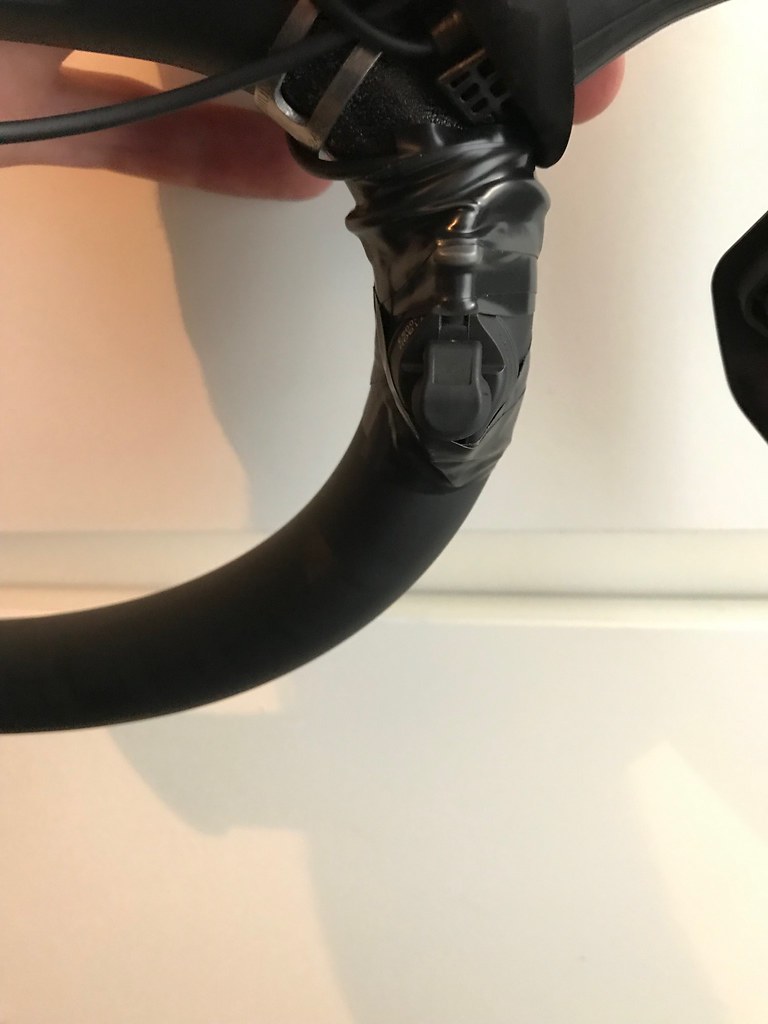 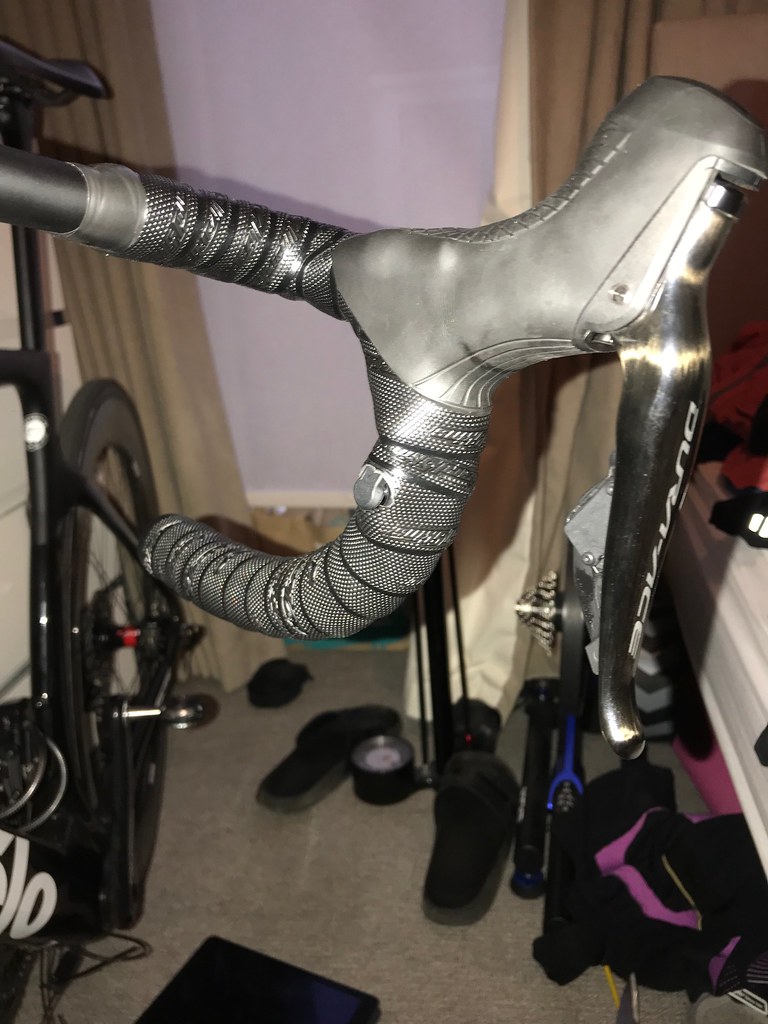 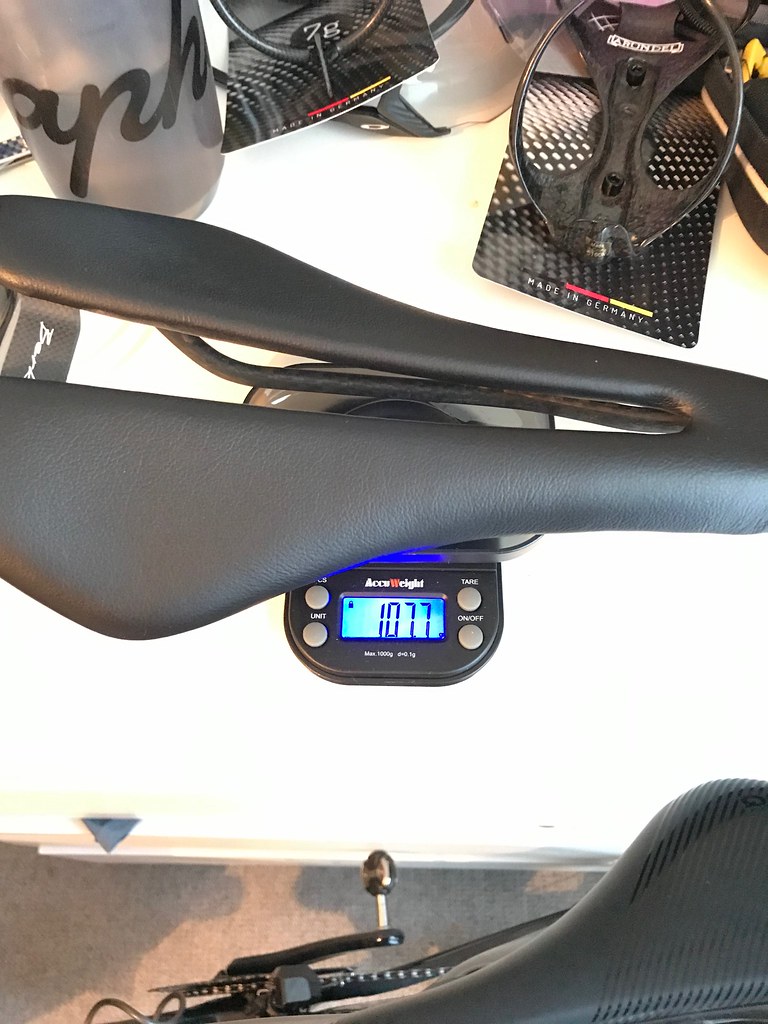 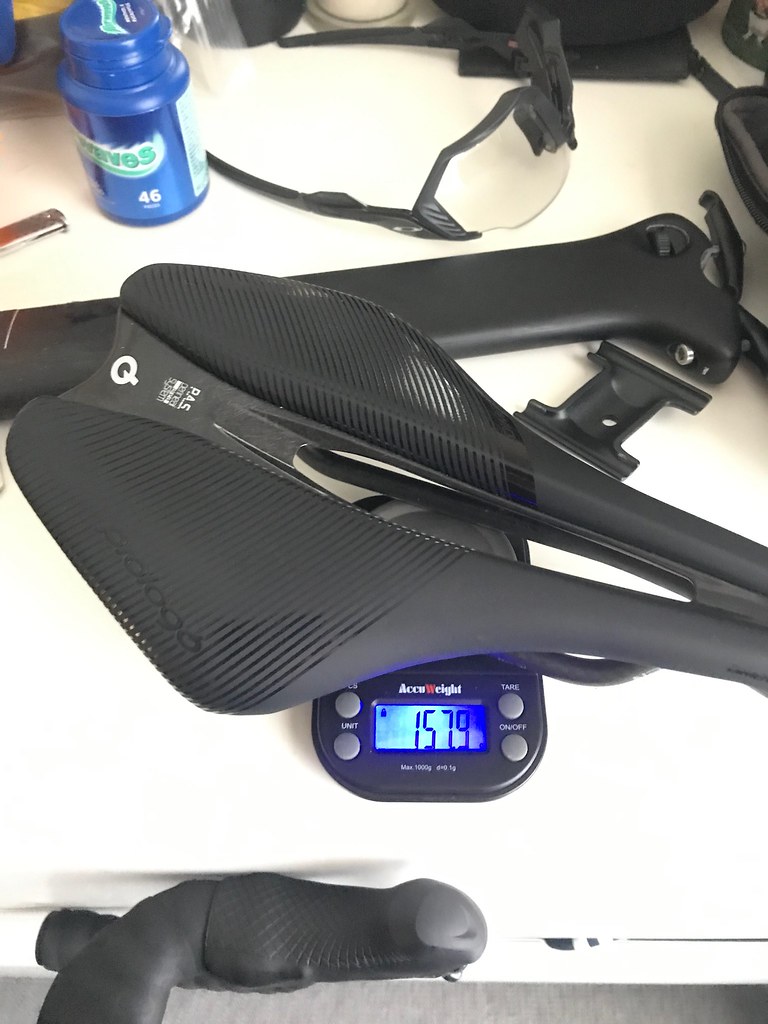 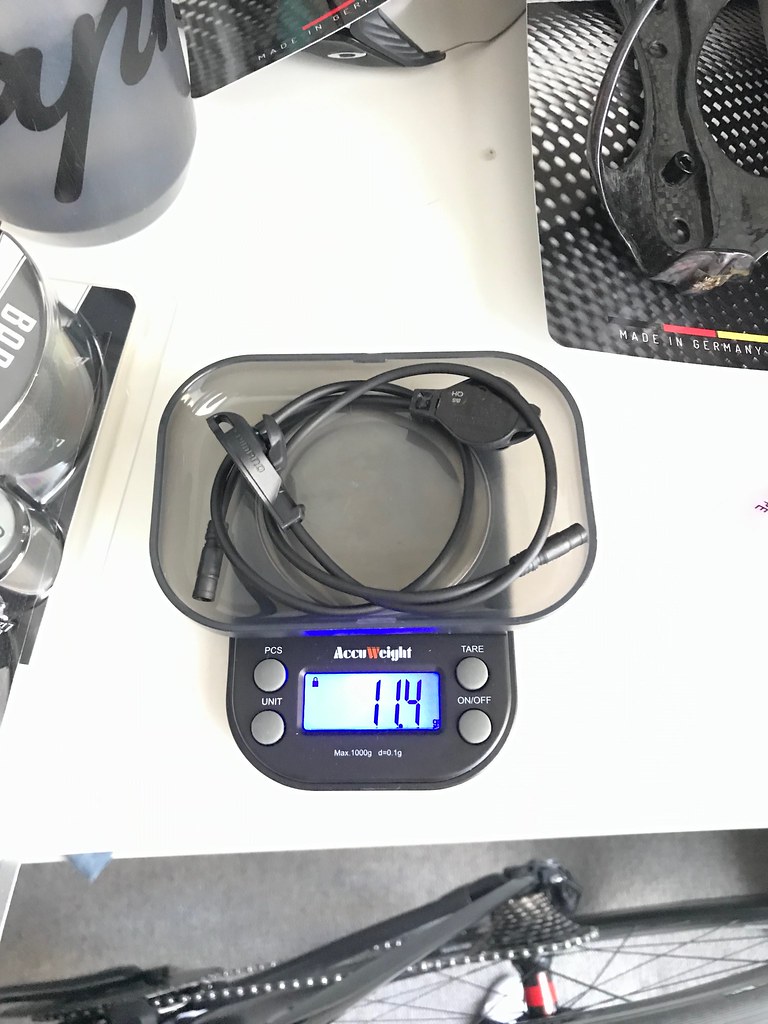 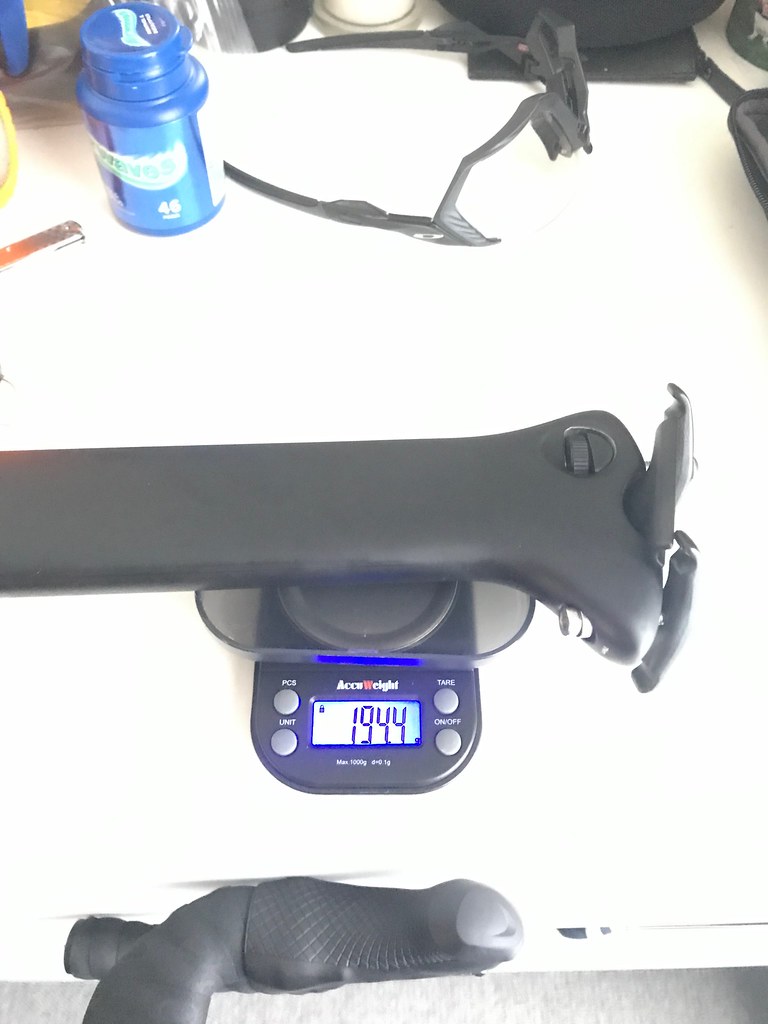 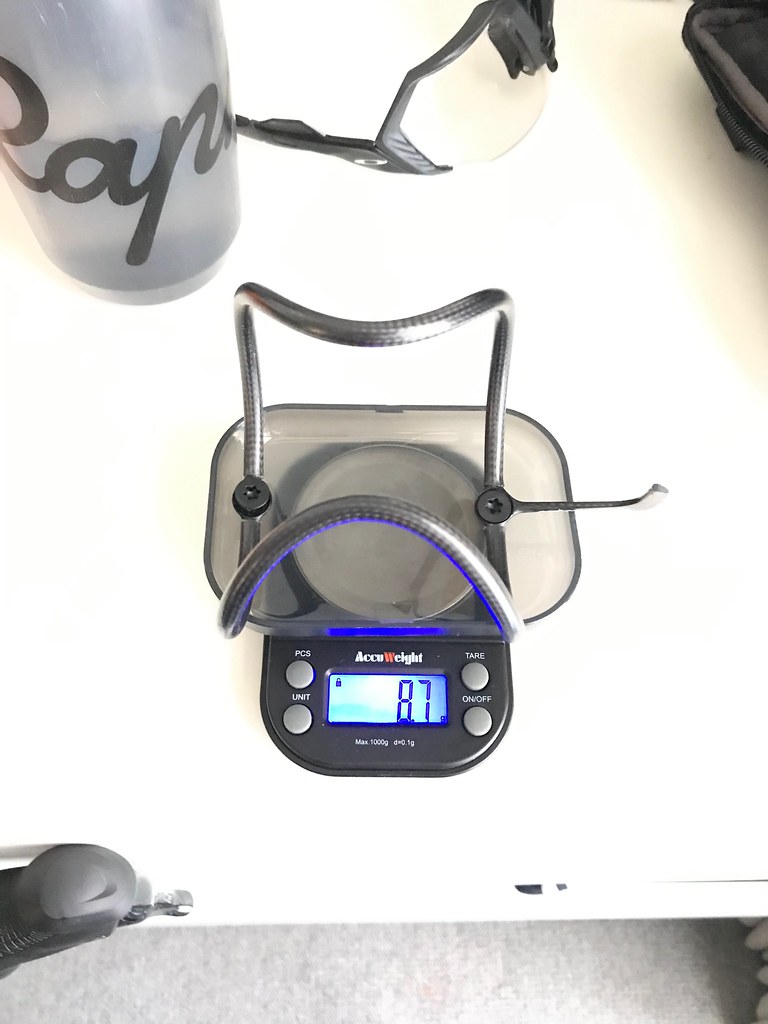 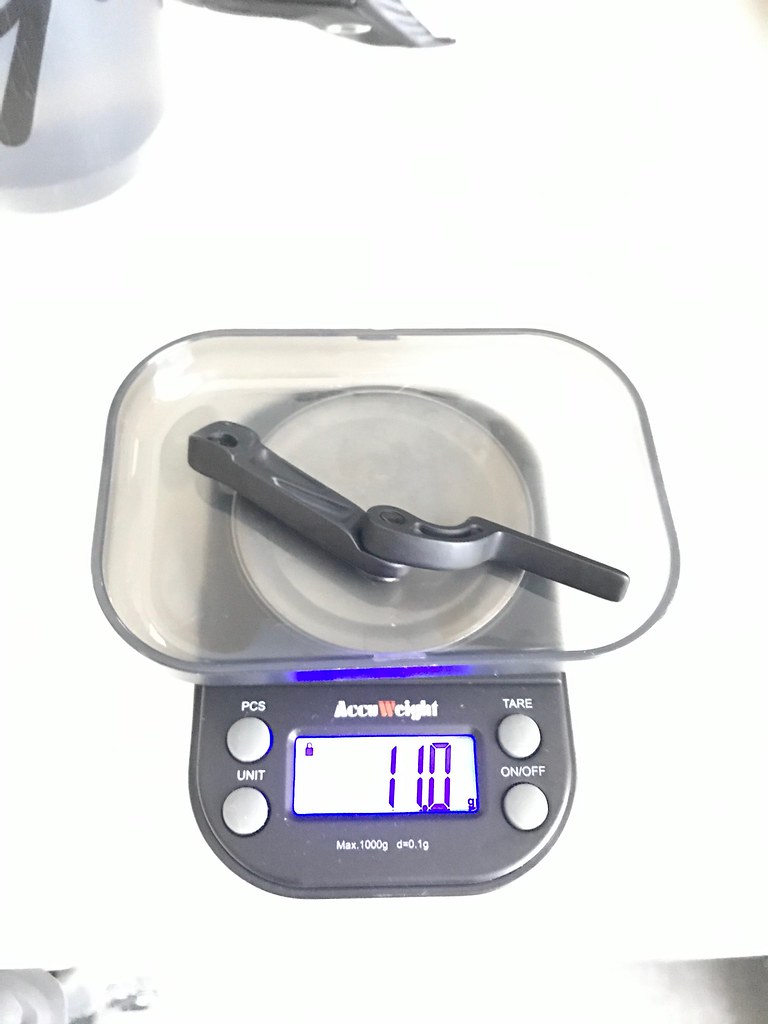 Still waiting on the aero skewers and mounts to be delivered from Cervelo Germany, they should save around 50g which will hopefully get me on the edge of my 7.50kg goal....

After that, the bike is pretty much maxxed out. I could go for Carbon-Ti chainrings and save around 30g, but the Rotor rings are more aero and I think they look great.

How does the Berk dila feel on a ride?
Instagram
Top

Lovely, albeit taking a while to get used to. It's kind of a cross between a Lupina and a Spesh Power. Fair bit of flex at the back for comfort, yet a solid, wide nose from when you need to get over the BB and tucked.

Looks great; I am about to get a P5D; the new Cervelo Aero stuff is super nice
On the wheels - I am losing track; didn’t; Enve say they don’t play nice with Vittoria (or was that the Gen 1) ?
Warning - Inherently biased:
www.bespokecycling.com
Top

Pretty sure Enve made a statement about cotton construction tyres (Corsa G1's and Turbo Cottons etc.) Was to do with side wall failure.

I think the construction of the TLR models alleviate this, are are fine to use. I've have zero issues and don't plan on changing the tyres at all.

Nice; I was on the Gen Ones and loved them
I really want the TLR in tan; my salesman hat thinks that there is no reason they cant do now, but will wait for a 2020 introduction to get a second sales “pop”
Your bike looks super clean; enjoy
Warning - Inherently biased:
www.bespokecycling.com
Top

Pm'ed you about the dimension nack a while ago. I would love to upgrade if you would like to sell it.
Top

Not trying to hijack the thread but I built up a display 56cm Ui2 S5D and having a play. I normally ride 58, and have a 815mm saddle height so this thing is low!
Rides great though; super impressed. Is 8.2kgs with pedals though! But rides light....really impressed and am tempted to do something like Ryan and build a ‘proper one’
Did a 40km look and its quicker than my TT bike ! (I know 1 ride is not a scientific test) - but was surprised....
Warning - Inherently biased:
www.bespokecycling.com
Top

Lovely, albeit taking a while to get used to. It's kind of a cross between a Lupina and a Spesh Power. Fair bit of flex at the back for comfort, yet a solid, wide nose from when you need to get over the BB and tucked.

A nice 25.7g saving just from a computer mount.

I’m debating between this and a Madone SLR. Anything you find really special about this bike or don’t like? I’d be getting the green frame set. I love that color

The Madone SLR was a delight to ride. Very stable and planted, but the heaviest of the bunch.

Unfortunately the bars were a complete no go for me as they clashed with my wrists when sprinting in the drops.

Changed a few bits around.

Binned off the RAT setup for traditional thru axles:

So essentially the changes are weight nutral, however, weighing the bike over and over again, it's now coming out at 7.45kg

Had a local road bike TT this weekend.

Came second by 7s behind my teammate, took 67s off last years time and PB'd power numbers across the board (388w AP for 23:52), really happy.

Bike was on point, seriosuly loving it. One change I'm making is going from a 110mm stem to a 130mm. You can see in the second pic that I'm a bit cramped up. The 110 is fine for general riding, but not the best fit when needing to be fast! 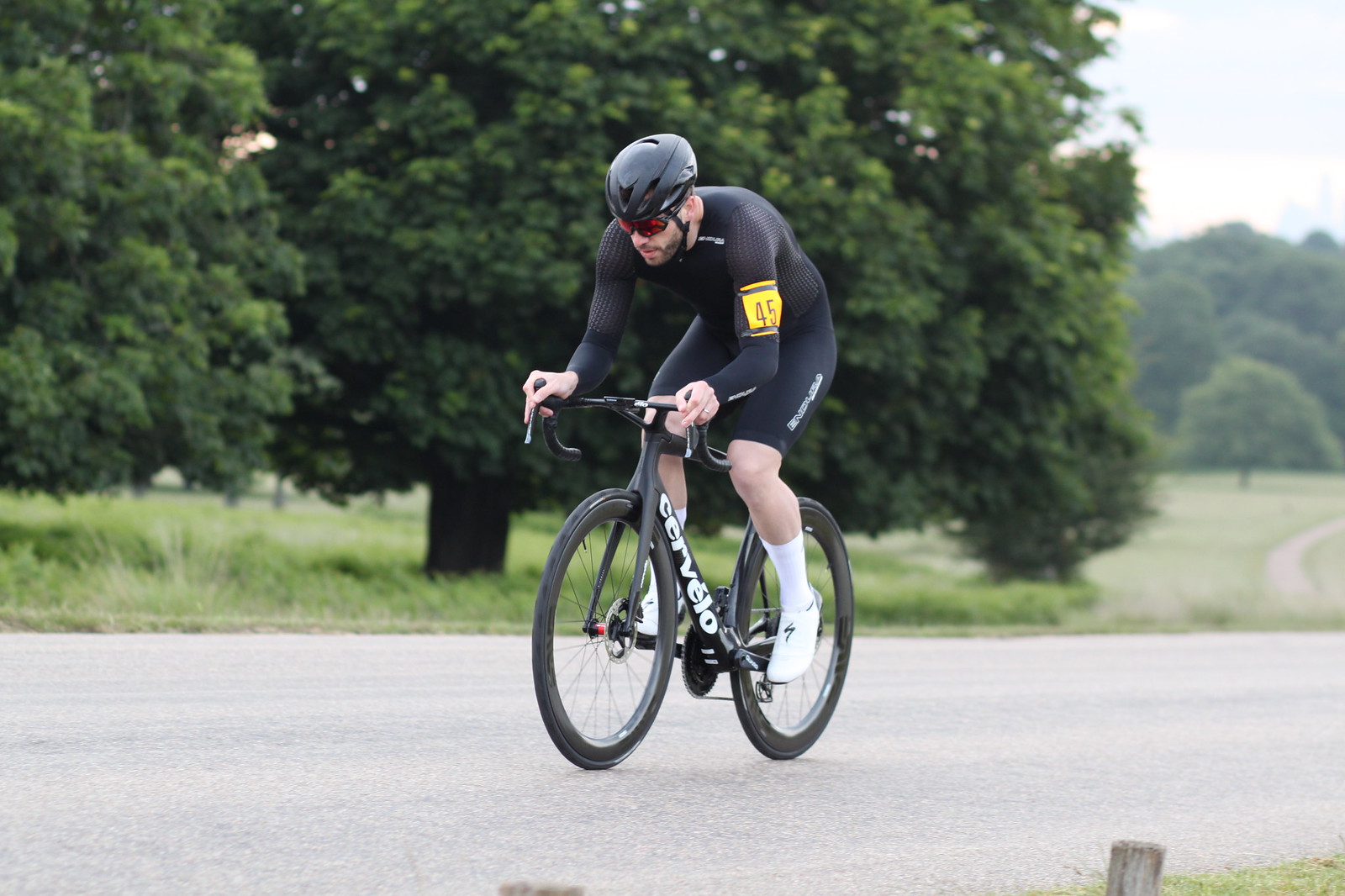 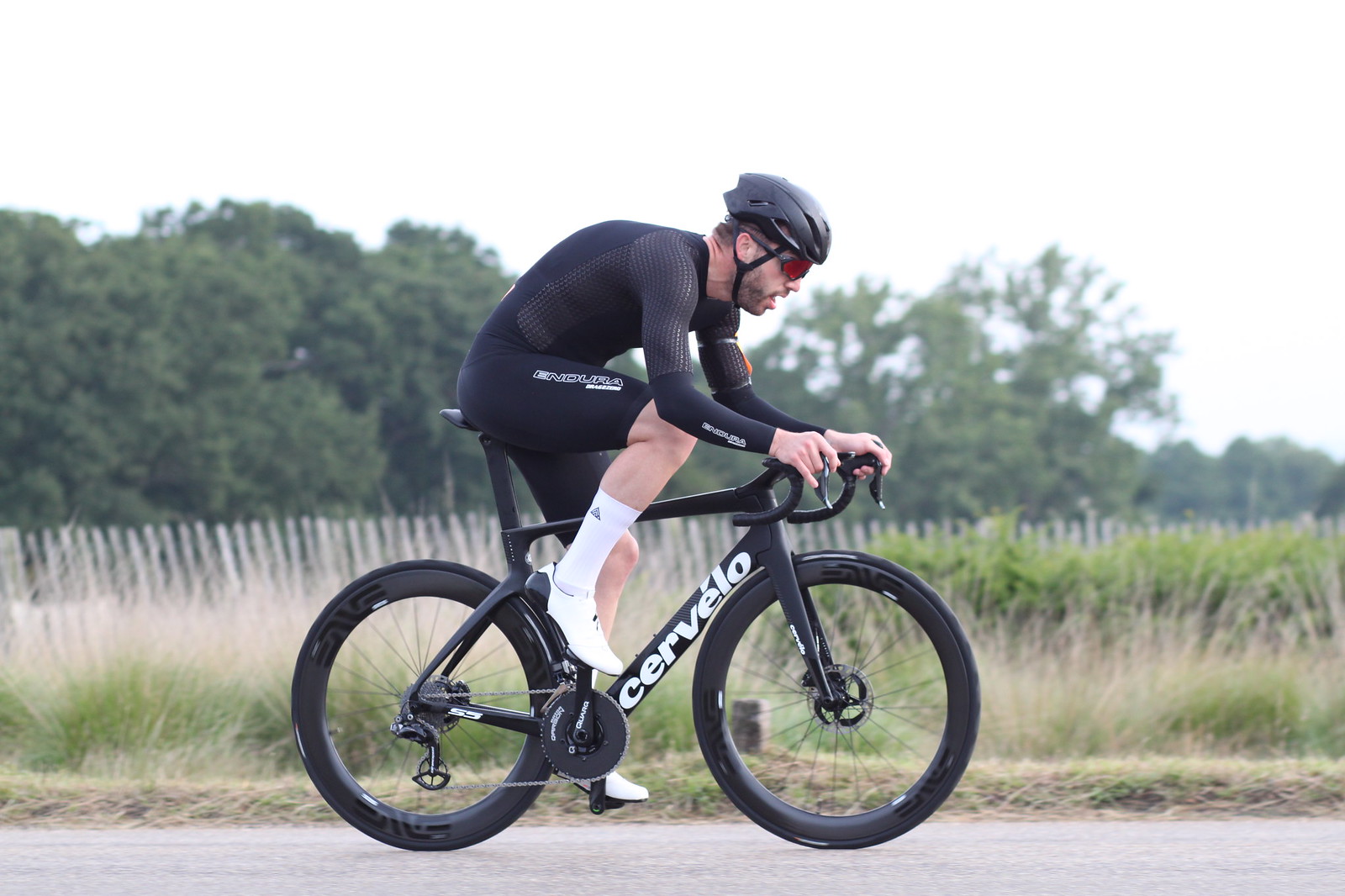