So, after installing all those small parts, the scale says ... 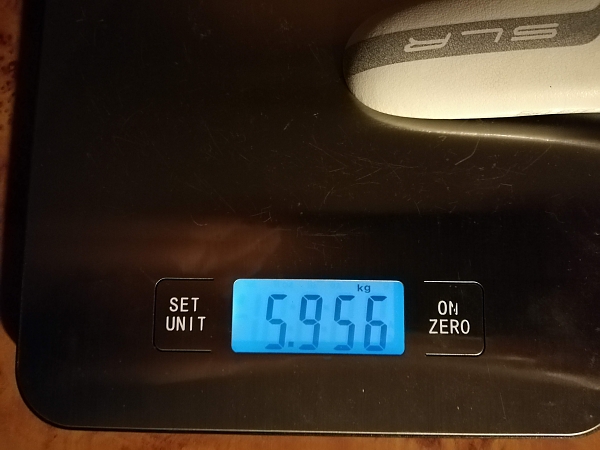 ... and the bike is ready for the new season. Tested in a few short rides (30-40 km) in the last month.
One pic from today ride, just for the record 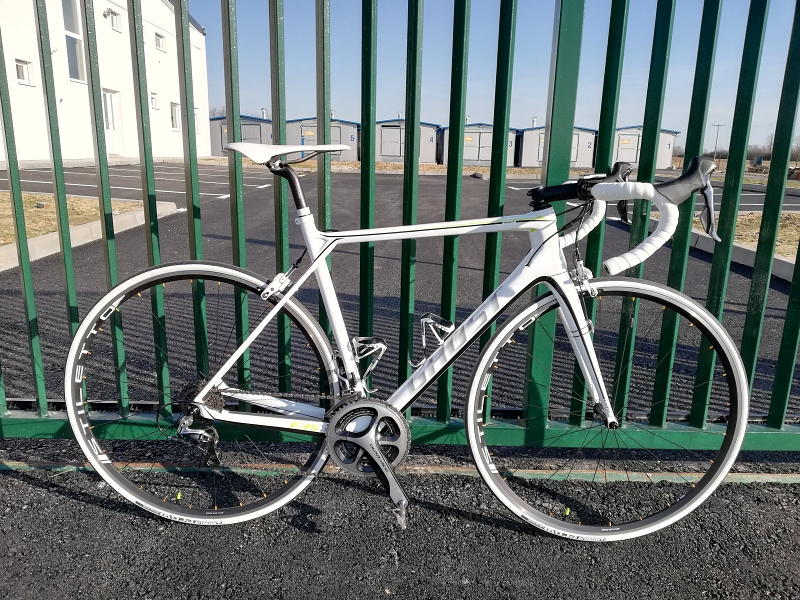 There certainly will be no big changes this year (probably a few years, if at all), because I have nothing (heavy) to change, really

How are you finding the wheels after a year of riding them?
Stil stiff, light and durable for weekly riding?

Yes, exactly that - stiff, light and durable. Ever since I put them on last year, I haven't even touched them. That's 5k kilometers. I'm pretty impressed. Same feeling/behaviour as day one.

In a matter of the fact, I wanted to write few words about them (in a topic where something was already written, more than a year ago) because I think they deserve it.
But I see that such wheels (only 14mm internal width) are considered practically obsolete these days, so I did not have the will to fight with that opinion, as it would come up in the subject sooner or later.
GHOST Nivolet EBS (5.95kg)
Top

In the end I had to put 90mm stem, not to feel slightly overstretched when I'm on hoods (most of the time). 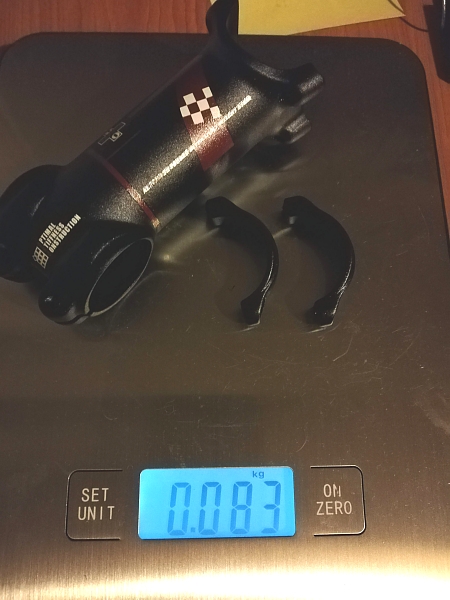 That's without bolts (and before I took off all of that ridiculous paint) ... 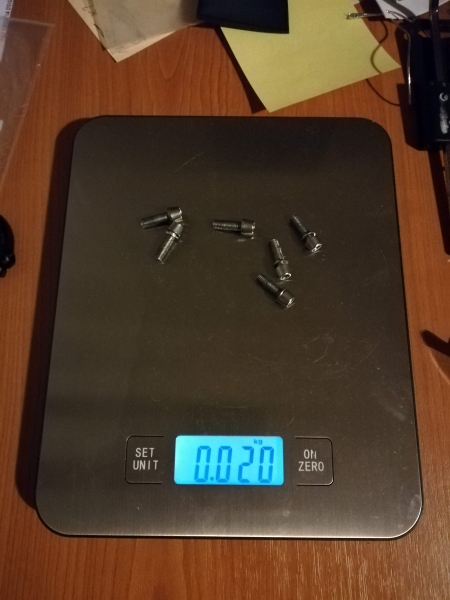 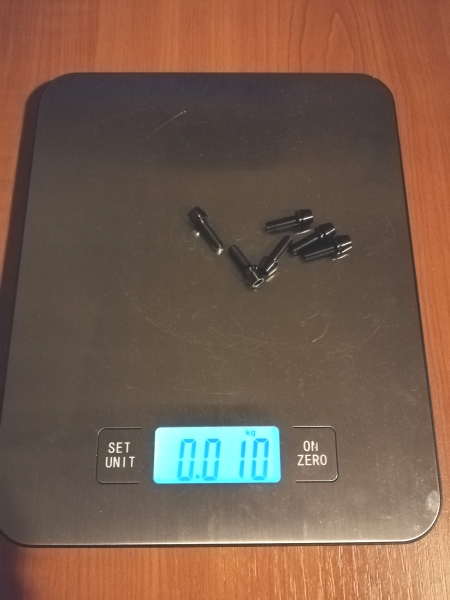 That dropped, all in all, 9 grams in total in the "stem department"

Btw. I inspected handlebar because of warning that certain Uno stems can leave traces of clamping force, but original Ghost stem (also Uno, but a bit different) was leave no traces at all. Hopefully this new one will behave the same.
GHOST Nivolet EBS (5.95kg)
Top

The year has passed and, as predicted, nothing has changed on my bike since last year. However, I decided at the beginning of the year to put 25c tires instead of almost exclusively used 23c (Michelin SC on my rims are actually 22-23 cm) over the years, because it seems to me to be a bit of a limiting factor on not very good roads.
There aren’t too many of them on my usual routes, but enough to try to do something about it.

So, the Vredestein Fortezza Duralites looked interesting enough to give them a chance, and after +600 km (yes, that much - this year weather has that bad, as never been in last 10 years, if not more, for sure) I can say that I am completely satisfied with them. Approx. 1-1.5 mm wider than the previous Michelin and that felt immediately. Overall this is not a huge difference, but the bike feels less “nervous” on bad parts of the asphalt. And that's exactly why they came.

But, Vredestein brought 7 grams more to the spreadsheet, so just for the sake of not going in "wrong" direction, I ordered RISK skewers. 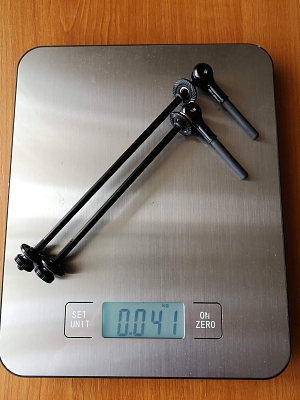 I know. I'm not a fan of that name either, but having their top cap and bolt already, and being satisfied with how product look and behave … I took them for just £13.98.

But … on second ride familiar sound appear. And that meant - game over. For rear skewer.
I kept the front one, which is less critical and doesn’t cause creaking, but the whole time I had a feeling that somewhere something wasn’t holding up properly.
I thought bidon cage slightly come to loose, but it isn't. And that was feel when I hit not that perfect parts of the asphalt, with cracks on it. I replace front skewer, and sound is gone. Obviously, even front skewer hasn't enough force to the clamping properly. So, he is gone too.

All in all, I'm more than satisfied to just keep bike under 6 kg. I reached the point where 1 gram down would cost at least $6-7, which is a lot. And I have very few places where that could be applied at all. Especially, keeping in mind the "limitations" I wrote in my first post of this topic.

And, to be honest, WW bug let me go a bit. Sub 5,5 kg is out of the reach and to spend several hundred euros/dolars to drop aprox. 100 grams, has no sense at all. For me, at least.
And one shot from yesterday ride. 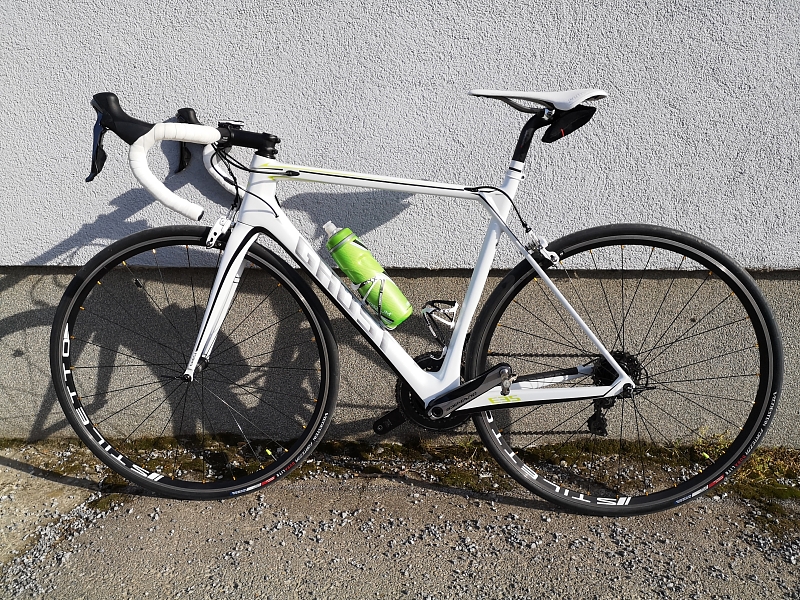 If you set up the bars up correctly you can reduce the reach by a couple of cm’s. So you can run a longer stem
Stevens Arcalis - 7.13kg
Stevens Camino Pro - 8.5kg
Merida Big Nine - 8.81kg
Top

Why do you think that would be desirable or bring some advantage?
GHOST Nivolet EBS (5.95kg)
Top

Meaning that the barend is vertical with the ground, that’s how dropbars are intended to be setup, (longer stem would just be for looks lol) otherwise looks pretty good

First of all, depends of handlebars. Lot of different shapes around.
Secondly, my goal is to have transition, from top bar to hoods, very slightly tilted upwards, because that is most comfy to me. And I'm on the hoods almost all the time, so ...

Believe me, I tried many variations (along with different spacers, stem angle, stem length) and with this handlebar this is most comfortable position on longer rides. And that is the way I setting up my bike - always.

Truth to be told, this Lightweight Rennbügel is less to my liking (I don't know why exactly, something with shapes of curves, I think) than Cinelli Dinamo (previous handlebar), but it's not a big deal. I spended some extra time with set-up and that's it.

I may ride any handlebar you giving me. Just set up bar height and levers position properly (along with right length stem), and there you go. Where will barend end up, I'm not bother with that.